Today we’re preparing a prime rib prepared with a curry and cayenne-based rub, that cooks up with a crisped exterior, and juicy, tender, interior. 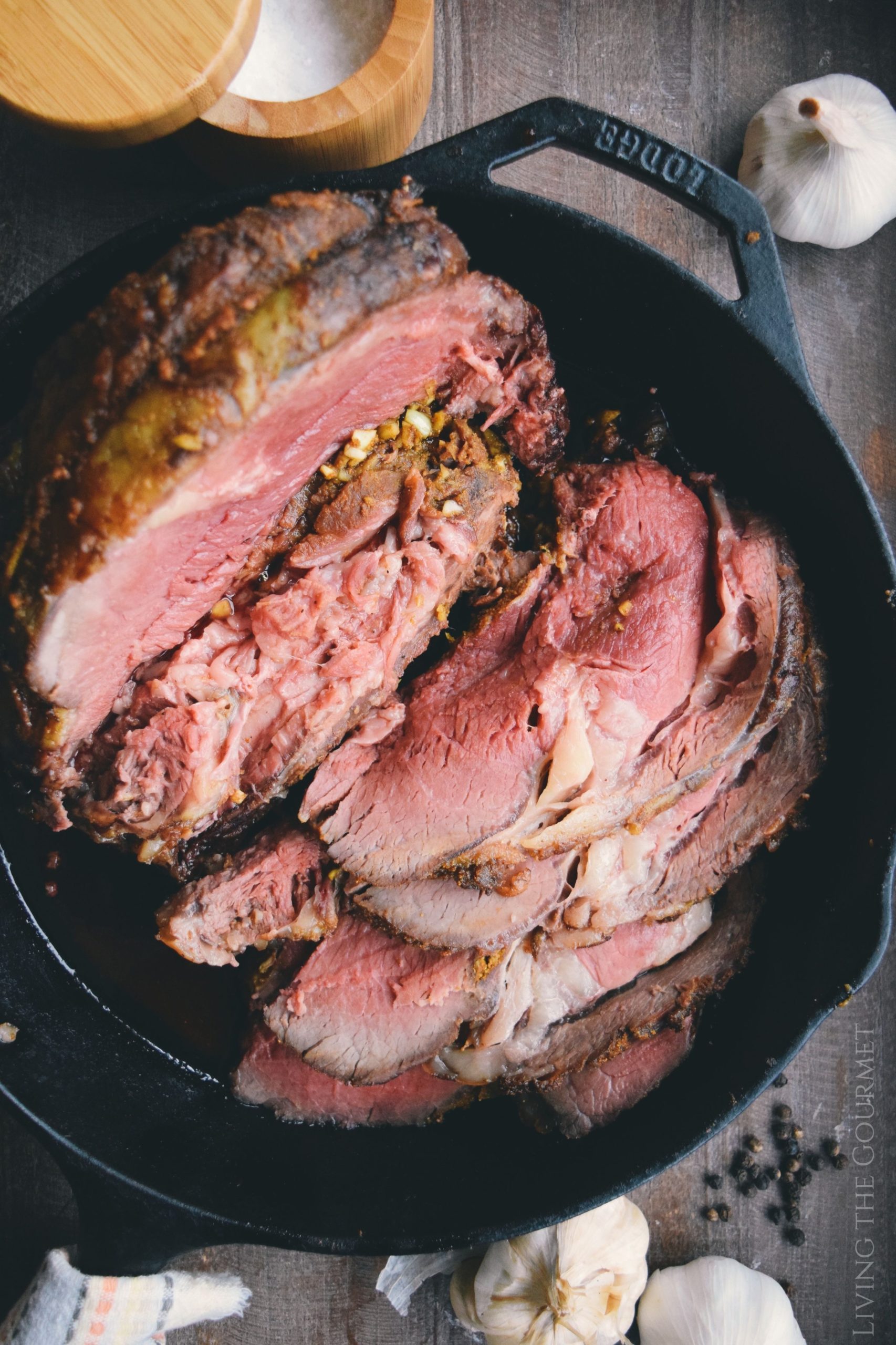 1) Olive Oil or Vegetable Oil? The rule of thumb is this – olive oil gives superior flavor and health benefits, but ‘only’ when cooking at lower temperatures of no more than around 350 degrees Fahrenheit, or when barbecuing over ‘gentle’ flames. Use vegetable oil for pretty much everything else. The reason is that most olive oils have a relatively low ‘smoke point,’ which is the temperature at which the olive oil begins to burn away, giving your food a rancid taste and sapping its nutrients. Curiously, the lower the quality your olive oil, the ‘higher’ its smoke point. In fact, ‘Light’ olive oil actually has a higher smoke point than vegetable oil, while Extra Virgin Cold Pressed olive oil will start burn away at merely a ‘low simmer.’

2) Jamaican Curry Uses. Jamaican curry loves protein-heavy dishes. It melds beautifully into meaty recipes such as chilis and meat stews, as well as things like roasted chicken – for example it’s the star of the ever popular ‘Jerk Chicken.’ It loves low and slow roasting, such as think hinds of pork, and also does great over roaring barbecues and fire pits. For reference, the primary flavor in Jamaican curry is allspice, along with a decent amount of thyme. And before you ask, ‘no’ – Jamaican Curry has nothing in common with Indian or Thai Curry, since neither allspice nor thyme feature in Indian cuisine, while the flavor of Thai curries range from tangy to searing hot, whereas Jamaican curry is more ‘warming’ and ‘earthy,’ similar to chili powder. 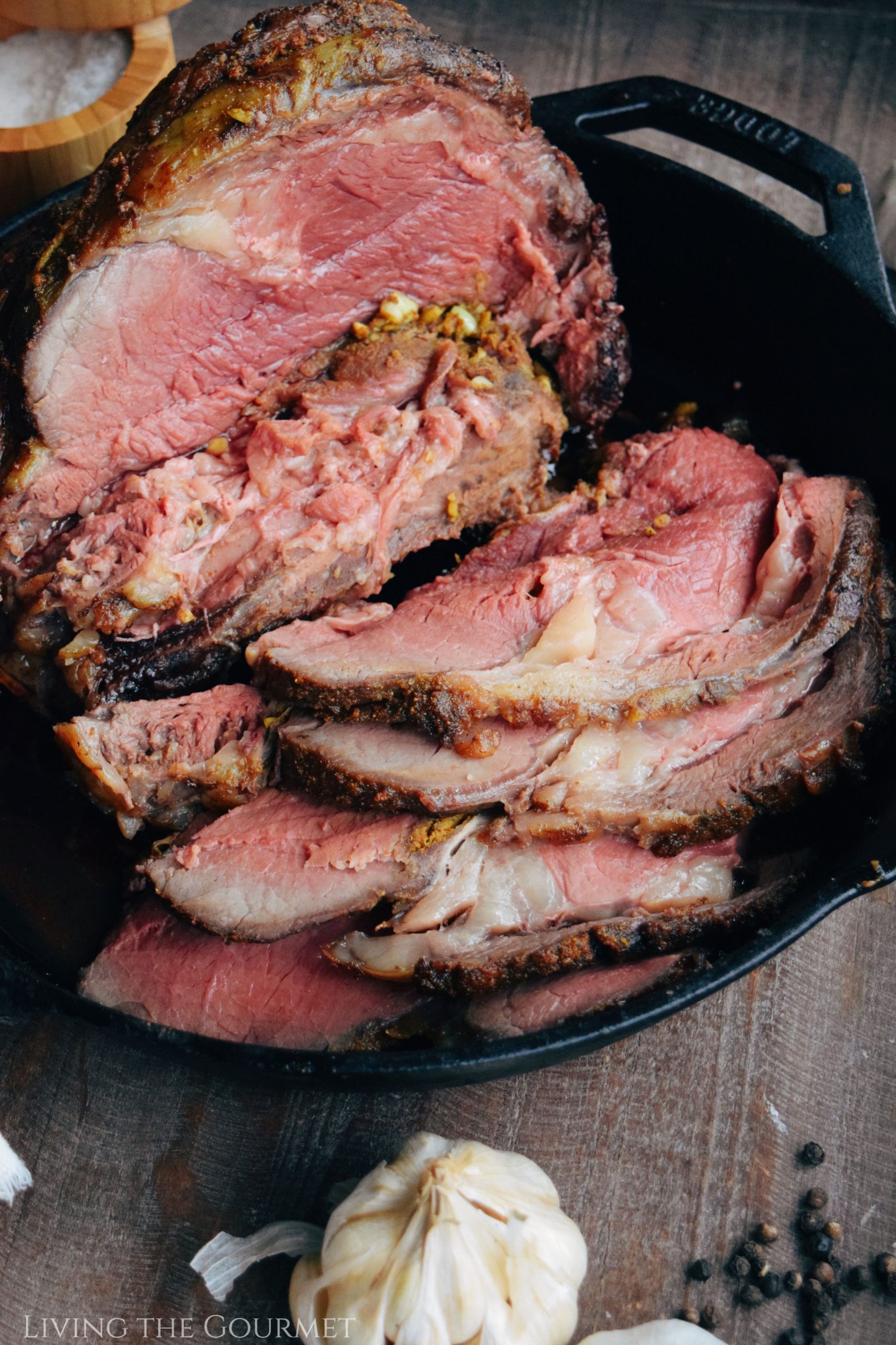 3) Jamaican Curry Substitutes: There are several good substitutes for Jamaican Curry. First and foremost is to simply make your own, which you can do by combining dried thyme, allspice, turmeric, whole or ground anise seeds, whole or ground mustard seed, and ground cumin. Use these in roughly equal amounts, with a slight bit more of thyme and allspice than the other ingredients (as mentioned above). Be creative and experiment, as no two Jamaican curry powders are exactly the same. The next best substitute is ‘standard’ curry powder, preferably a milder variety. Finally, you might consider a simple balancing act of chili powder, cayenne, thyme, and allspice. Again, experimentation is key, as is tasting the spice mixture as you go to find your own preference.

4) Coriander Substitution. Cilantro. Cilantro and Corriander actually come from the same plant – dubbed “Coriandrum sativum.” Coriander is the seed of the cilantro plant, while ‘cilantro’ are the leaves. Fun fact: The entirety of the plant is edible and flavorful. Coriander root, for example, is popular in some areas. That said, dried cilantro substitutes just fine on a one-to-one basis for coriander. Equal parts cumin and parsley also make for decent, if slightly ‘inexact’ substitute.

5) Cumin – A Brief Overview. Unlike cayenne, turmeric, black or red pepper, or really any ‘common’ spice one might think of, cumin is rarely if ever used on its own or as the ‘primary’ flavor in a recipe – there are exceptions. However, being somewhat bitter, earthy, and nutty all at once, cumin isn’t immediately inviting or even terribly ‘palatable’ by itself. Nevertheless, it makes a great ‘grounding’ flavor or ‘background’ for spice blends, such as rubs, curries, and marinades, pairing particularly well with meaty dishes, shining in things like curry, chili, and rubs for steaks, chops, and roasts. 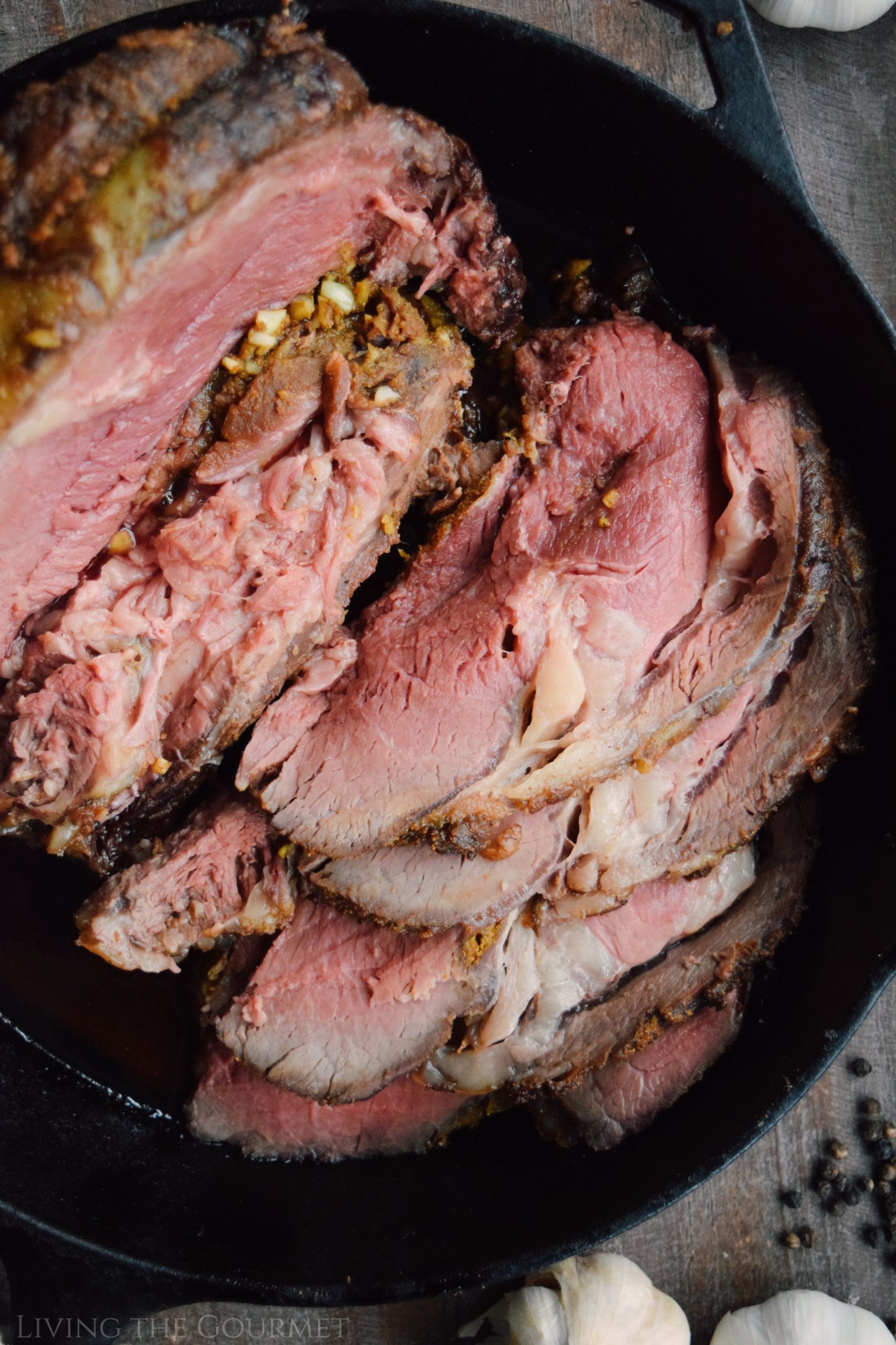 Rub vs Marinade – Which for When

The conventional wisdom is that a ‘marinade’ tenderizes meat, while also imbuing it with flavor. Dry rubbing does not tenderize meat, instead merely ‘coating’ or ‘crusting’ the meat in flavor, while also typically affording it with some ‘crunch’ or ‘texture’ on the exterior.

Neither is ‘better.’ Instead, they are simply ‘different,’ with both having appropriate applications where they outshine one another.

For rubs, the words of Michael Symon come to mind, and I paraphrase, “Sometimes you really just want the meat to shine on its own,” which is more or less the case he makes throughout his book “Playing With Fire.” That’s where dry rubs, oil-based rubs, and non-marinating wet rubs come into play. With these, you’re more or less leaving the interior of the meat intact and un-tenderized, while the majority of the rub’s flavor essentially sits crusted on the exterior of the meat. That’s what I wanted for today’s prime rib, and that’s why I opted for an oil-based rub.

On the other hand, for things like steaks, chops, or tenderloins, where you might want to tenderize the former while playing into natural tenderness and juiciness of the latter, marinades might be preferable. 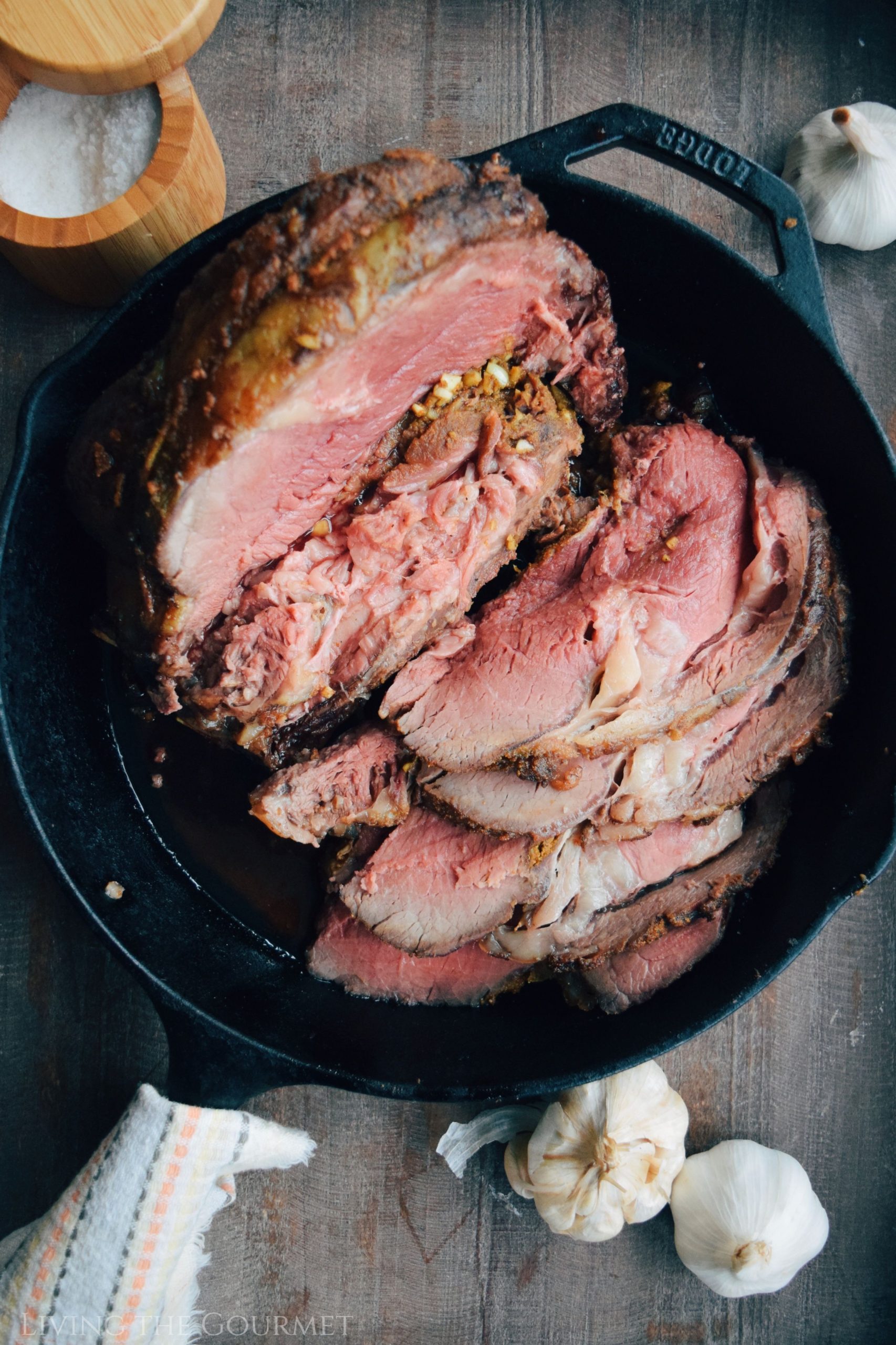 1) Short Rib Stew. A hardy combination of stewed veggies and braised short ribs set over thick rigatoni noodles. This is a classic cold weather stew, and one of my absolute favorite uses for short ribs.

2) Classic Roast Beef. If you’re in the mood for something familiar and warming, this classic roast beef fit’s that bill perfectly. This is a recipe that just exudes ‘Sunday Dinner.’

3) Ultimate Steak Platter. Teriyaki and garlic marinated steak, served with a side of warmed mixed greens and grilled potatoes. This is a recipe for a party. 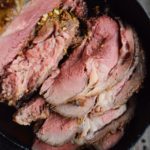