Now, without further introduction, let’s dive right in because we’ve got a lot to cover. 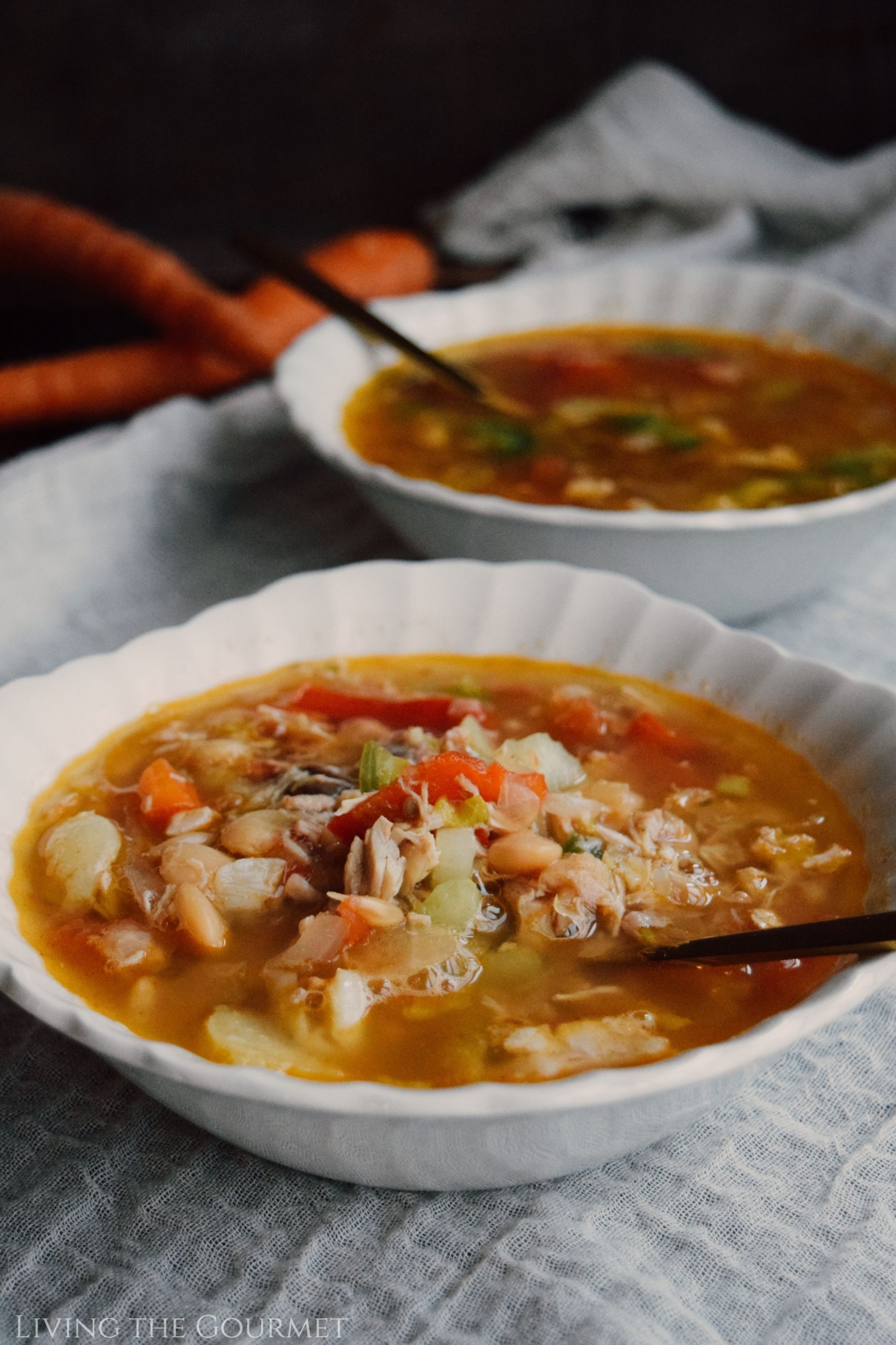 1) The Chicken. I’m using leftover roast chicken, the recipe for which you can find. However, any basic grilled or roast chicken will due.

2) Pecorino Romano vs Parmesan vs Reggiano. One of the most enduring ‘Food Myths’ is that all grating cheese is more or less ‘the same.’ To start, Parmesan is simply American produced Parmigiano Reggiano – both are produced from cow’s milk, and both are aged for two or more years, which imparts the cheeses with what many describe as a ‘sharp’ and ‘salty’ flavor. Parmigiano Reggiano ‘must’ be produced in Italy due to EU and Italian trademark laws. So, at least in this case, the two grating cheeses are ‘basically’ the same, although Reggiano is considerably pricier, and regarded to be of generally higher quality overall. Pecorino Romano, by contrast, is produced from sheep’s milk, and is only aged for less than a year, giving it a slightly less sharp and considerably less salty flavor. Despite these differences, these three cheeses are often used interchangeably, and once they’ve been melted over sauce, or baked into something like a lasagna, few if any palates would ‘really’ be able to tell the difference unless these cheeses were used in positively ‘silly’ amounts. Bonus Fact: Locatelli is ‘not’ a variety of cheese, it is instead an Italian brand of Romano. 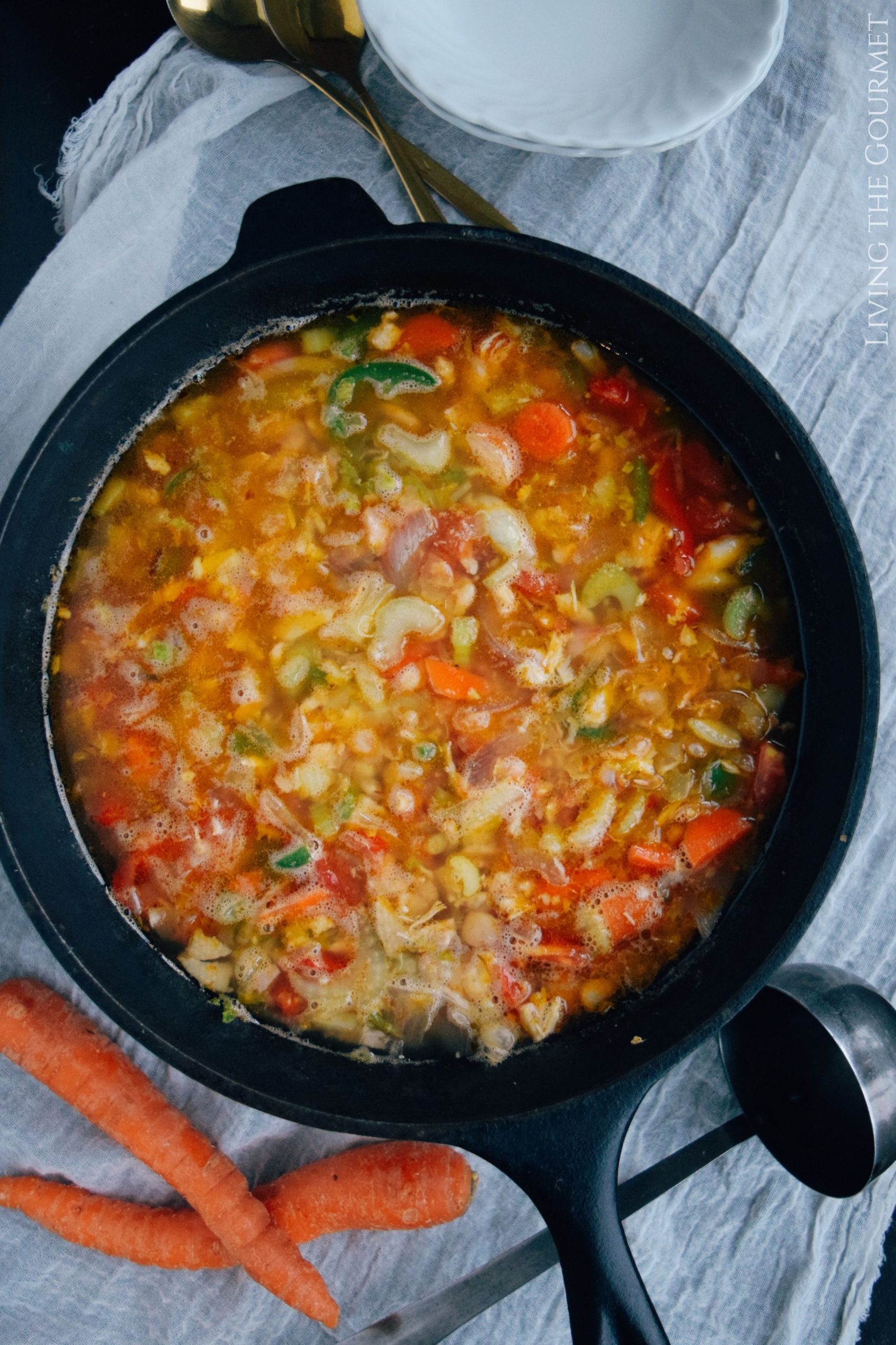 A fair few of us probably use the words ‘stew’ and ‘soup’ almost interchangeably, or simply use the word ‘stew’ to denote a hardier or less ‘brothy’ soup. Bisque and Chowder? Those are just names for the soups you order in a dinner, right?

To start, the fading differentiation between ‘stew’ and ‘soup’ is a North American phenomenon, and largely comes down to an ever-increasing cultural difference between North America and the British Isles. In North America, the two words are often used interchangeably, with ‘stew’ often referring to simply a ‘hardy soup,’ and ‘soup’ being everything else. However, there ‘is’ a concrete culinary difference between a ‘soup’ and ‘stew,’ and it’s one that’s actually pretty well publicized. According The Kitchn, Taste of Home, and MyRecipes, the difference is ‘not’ related the contents or ‘hardiness’ of the recipe, but rather to the amount of liquid and the method of cooking. A soup or stew can, in fact, be ‘any’ mix of ingredients cooked in ‘a liquid,’ but a soup features the ingredients wholly submerged beneath the liquid, and can be boiled. A stew, on the other hand, features its ingredients only partially submerged in a – comparatively – small amount of liquid, and is cooked via a gentle ‘stewing,’ think prolonged simmering – but never boiling.

When it comes to bisques and chowders, the differentiation is bit ‘hazy,’ and at times contradictory. For starters, both are classed as ‘thick soups.’ According to MyRecipes a bisque is smooth and creamy, while chowders are chunky. However, these rules aren’t necessarily set in stone, think of the ‘chunky’ versions of Boston Clam Chowder, which can nevertheless be quite creamy, or diner-style lobster bisque here in the North East Corridor of the US, which despite being creamy is often quite chunky.

And there you have it, those are differences. 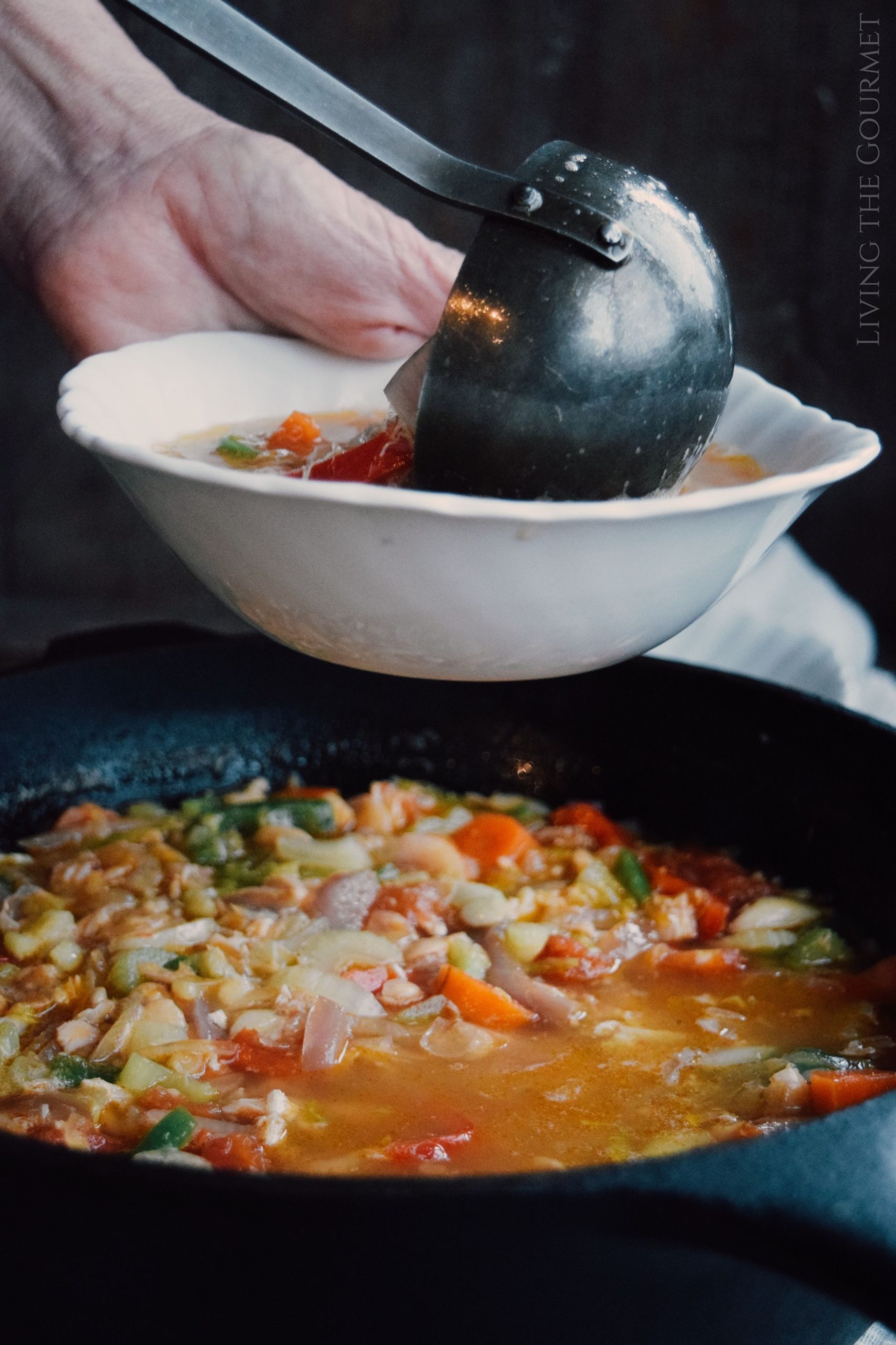 Bouillon vs Stock vs Broth – What are they? Are they Interchangeable?

Let’s start off with stock and bouillon. These are two words that are often used interchangeably, but that are not at all interchangeable. Even Bon Appetit itself fell victim to this in their article comparing “Boxed Stock” with a name brand ‘bouillon.’ The opening line pines that “In our dream kitchen, we’d have unlimited supplies of homemade chicken stock in our freezers,” a sentence that was followed by hundreds of words comparing said ‘dreams of infinite stock’ to a brand of…bouillon. Oof.

That said, even the vaunted Bon Appetit can be forgiven in their mistake, as the difference between these kitchen staples is admittedly somewhat cryptic, or ‘in the weeds’ culinary-lingo. Nevertheless, they are actually ‘quite’ different, and as such have very different uses.

To start, ‘bouillon’ is a clear, thin broth that’s made by simmering ‘meat.’ This ‘meat’ could be fish, beef, pork, chicken, or even ‘game,’ along with other ingredients as add-ins. These add-ins typically take the form of hardy root vegetables, onions, garlic, and a medley of seasonings. However, there’s no rule as to what these ingredients can or can’t include to make a ‘bouillon.’ Originally, all vegetable ‘bouillons’ were simply called ‘broths,’ but that has changed in recent years, and now all vegetable ‘bouillons’ are quite common, but generally take the form of dehydrated powders or ‘cubes.’ With all of that in mind, the use of bouillon is to add ‘flavor’ as opposed to ‘consistency,’ and as such bouillon tends to be quite ‘thin’ in terms of texture.

With that said, ‘Stock,’ by contrast, is notably thicker since it’s made by simmering ‘bones,’ the cartilage, marrow, and ‘grizzle’ of which seeps into the liquid, thickening it. These bones can take the form of grizzly beef bones, fish skeletons, intact fish heads, pork bones (the foot or ‘hoof’ areas are popular for this due to its high grizzle and cartilage content), chicken bones, or ‘game’ bones. ‘Game’ stocks, however, tend to be rarer than the others, and are almost impossible to find commercially outside of specialty regional brands. Due to its thickness, and generally ‘flavor neutral’ profile,’ the purpose of ‘stock’ is often as a ‘texturing’ agent for recipes, one whose primary intention is to add mouthfeel as opposed to flavor.

With all of that in mind, we finally to come to ‘Broth,’ which was originally differentiated from bouillon as being ‘bouillon made from vegetables,’ but this has changed in recent decades due to the increase in demand for vegetarian alternatives. Thus, due to marketing, the sole differentiation between bouillon and broth evaporated as companies began labeling their ‘broth’ as ‘vegetarian bouillon,’ and thus bouillon and broth are now effectively the same thing – a thin ‘flavor base’ for soups, stews, roasts, certain sauces, etcetera. Vegetable stock, in this regard, is also largely the same thing a ‘vegetable bouillon,’ except vegetable bouillon usually comes in powder or cubes, while stock almost always comes in liquid form. 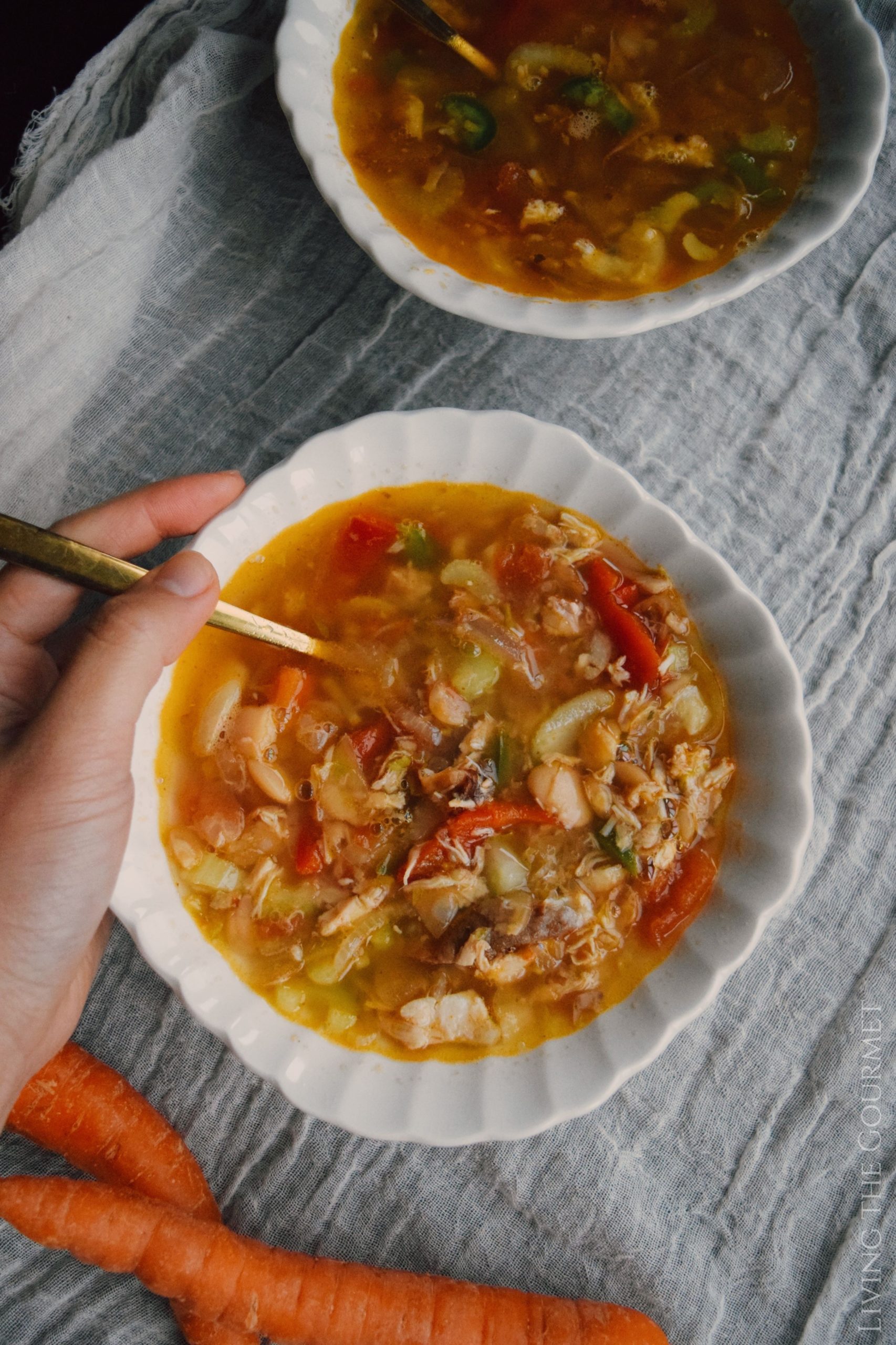 Craving more seasonal soups? Check out some of the ones below.

1) Spinach and Meatball Soup. One of my new favorite soup recipes ever. The meatballs give the broth a ‘thick’ texture and ‘meaty’ flavor, while the veggies and herbs keep the soup grounded. I really can’t recommend this one enough.

2) Bean and Vegetable Soup. The quintessential ‘vegetable soul,’ perfect for weeknights when you want something hardy and warming, but don’t have the time to start with a full entrée and all the trimmings.

3) Butternut Squash Soup. An autumn staple, featuring all of the season’s most beloved colors and flavors. An absolute must for your seasonal recipe box.

4) Potato and Leek Soup. This soup is thick, hardy, and easy to make. From start to finish, it’s a recipe focused squarely on those pleasantly chilled, blissfully dreary late November and early December days. 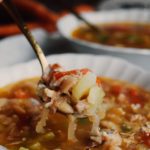 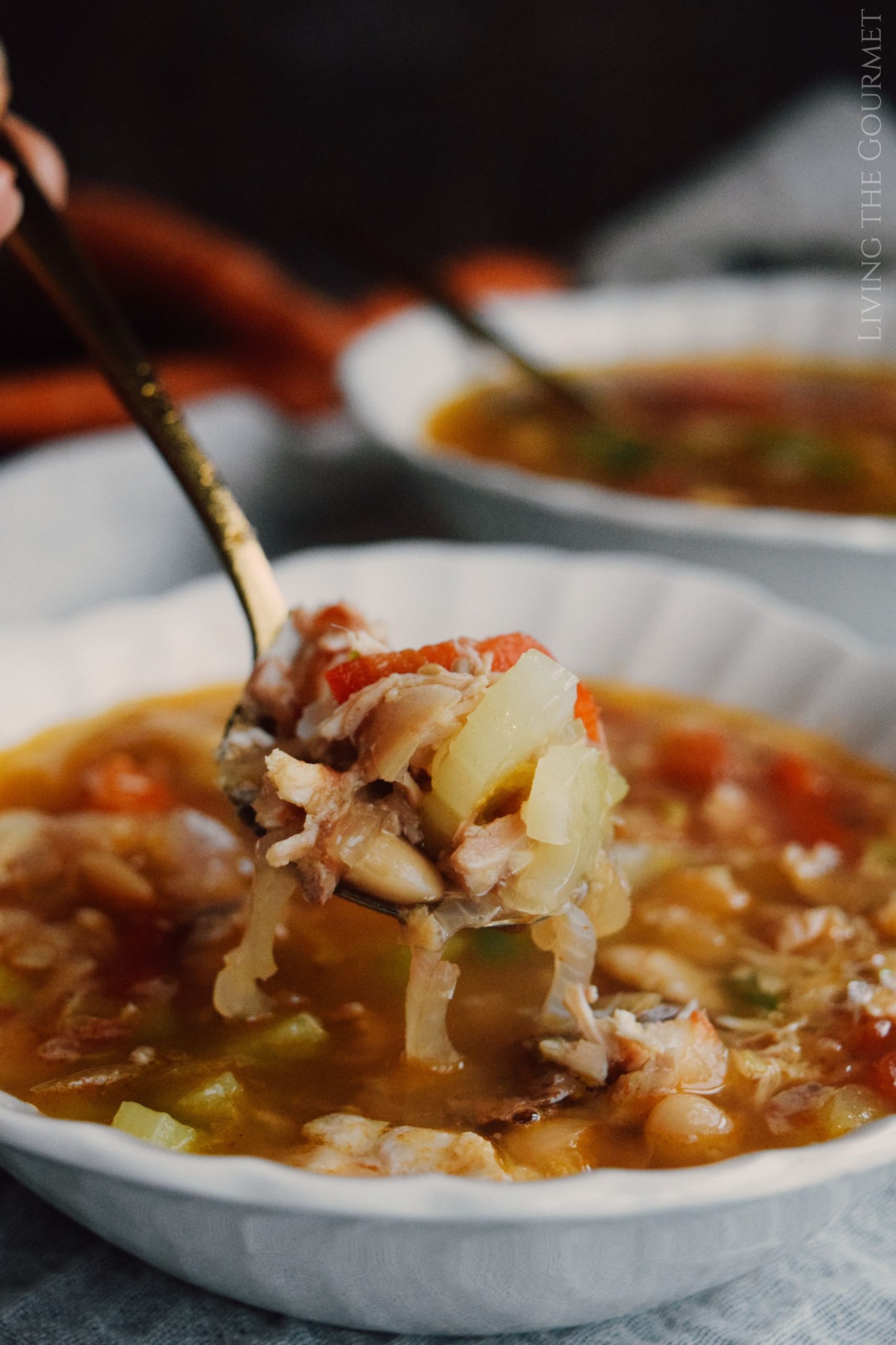