Today we’re preparing shrimp and grilled veggie rice bowls, with a sesame-teriyaki dressing. These rice bowls are light and refreshing, pair deliciously with favorites like sushi or seaweed salad, and super simple to put together. 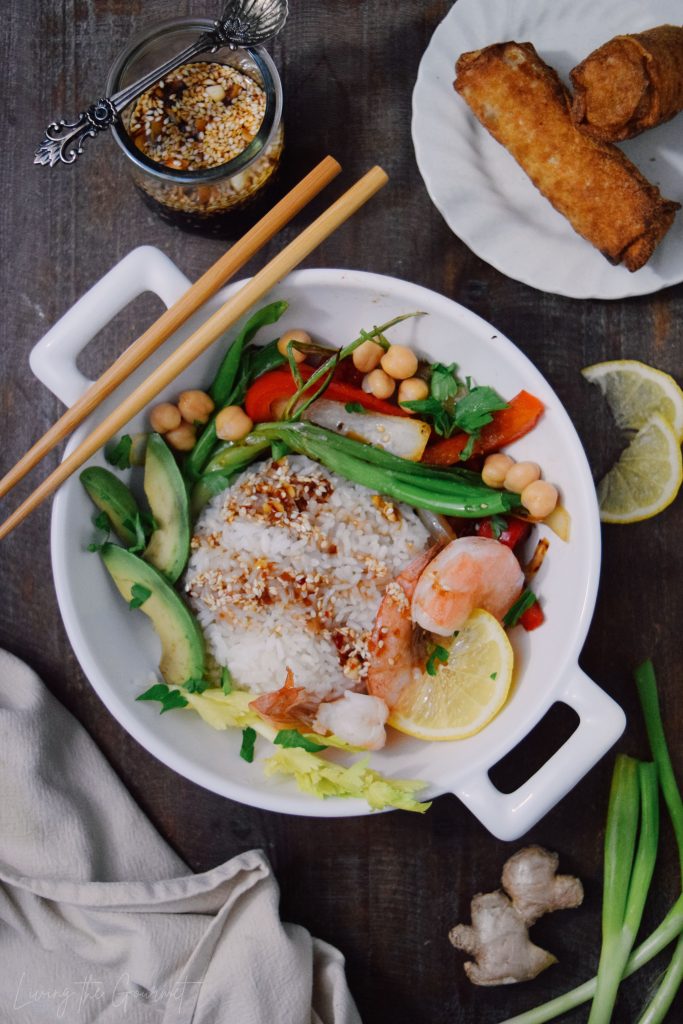 1) Light and Refreshing. Light, crisp, and fresh, today’s salad is quintessential spring season food, at home alongside a variety of different seasonal favorites such as sushi, seaweed salads, and spring rolls.

2) Only Simple Ingredients. Featuring no exotic ingredients, today’s salad is the very definition of ‘pantry friendly.’ 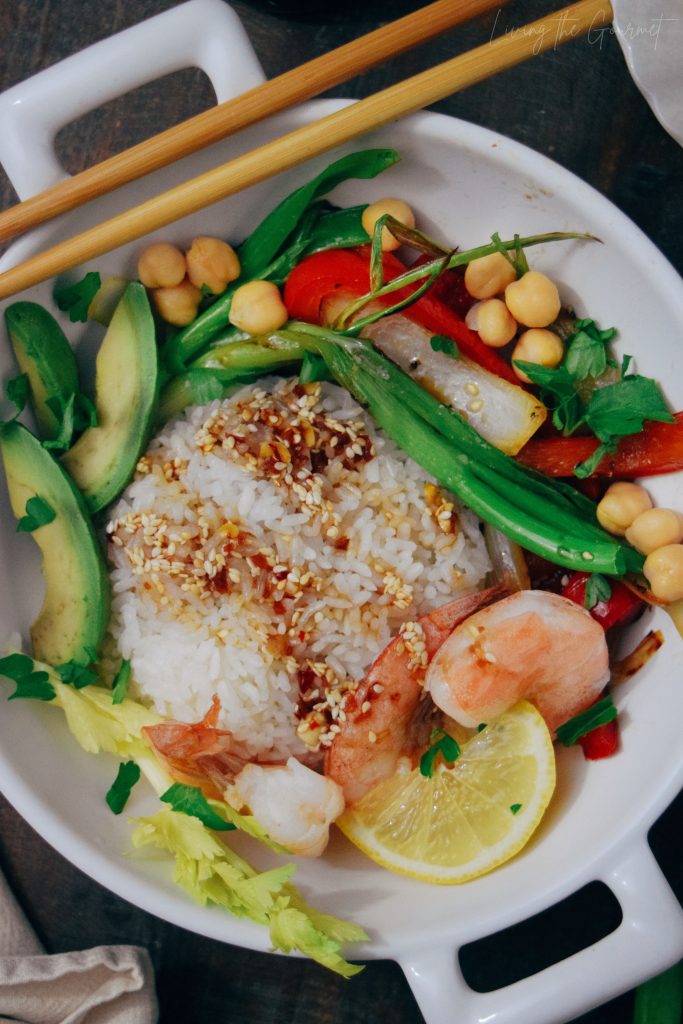 1) Red Pepper Flakes. This is one kitchen staple I simply cannot be without. Red pepper flakes are probably easiest way of adding a ‘touch of heat’ to any recipe, but without adding in any additional flavors. Generally speaking, bottled red pepper flakes are simply dried and crushed cayenne peppers, seeds ‘and’ flesh, mixed with assorted other peppers, all from the ‘capiscum cannum’ family.

Substitution: Feel free to leave this ingredient out if you want to skip on the heat. Alternatively, you can substitute in an equal amount of your favorite chili flakes, or roughly a quarter as much cayenne powder. 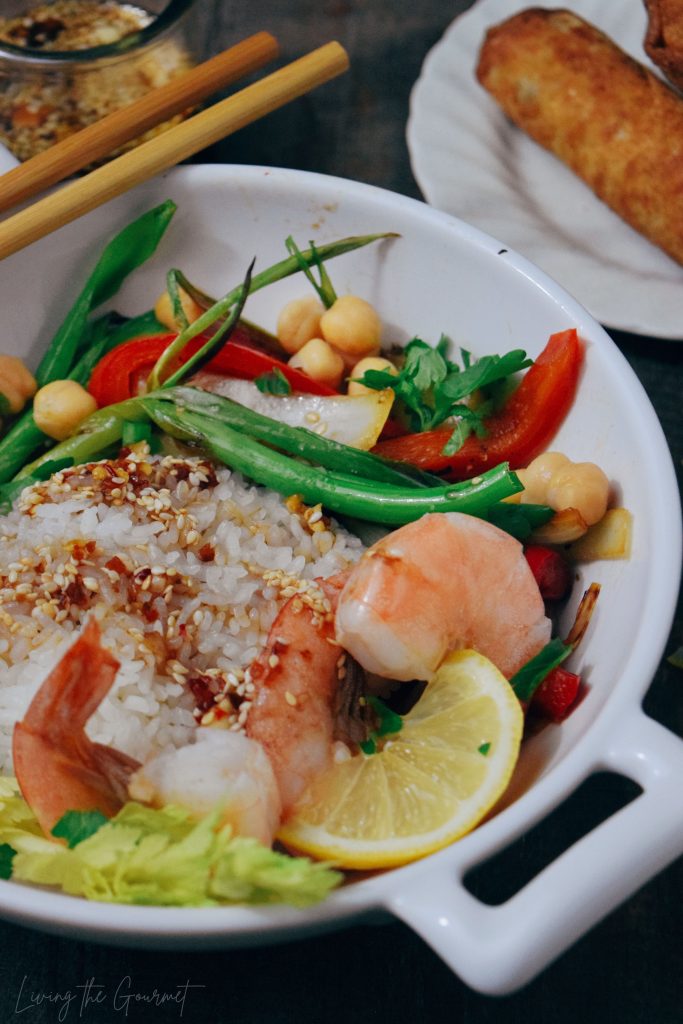 3) Scallions, Notes and Substitution. First off, scallions are ‘not’ shallots. Yes, some American supermarkets mislabel the two items, but US supermarkets are notorious for their labeling mishaps, with one prominent example being they’re labeling of orange fleshed sweet potatoes as ‘yams,’ despite ‘real’ yams being more akin to yucca in taste and texture. And yes, it is also true that ‘some’ parts of the English-speaking world don’t differentiate shallots from scallions linguistically – but linguistics often fall short of ‘reality.’ Instead, what matters is that they ‘are’ different things. Scallions are long, thin, green and white, with a flavor reminiscent of ‘crisp sweet onion,’ with a hint of ‘vegetable moisture.’ By contrast, shallots look like elongated red onions, and taste like ‘sweet onions and garlic.’ However, one area where they ‘do’ overlap is that they are both best enjoyed raw either mixed into salads or as edible garnish – as we’re doing today.

Substitution. In recipes that call for raw, or only lightly cooked scallions – such as today’s – chives are the best substitute. For today’s recipe, use the chives in the same way as we’re using the scallions. Lightly pan roasted, and then assembled on the side of the bowl, at a one for one ratio. 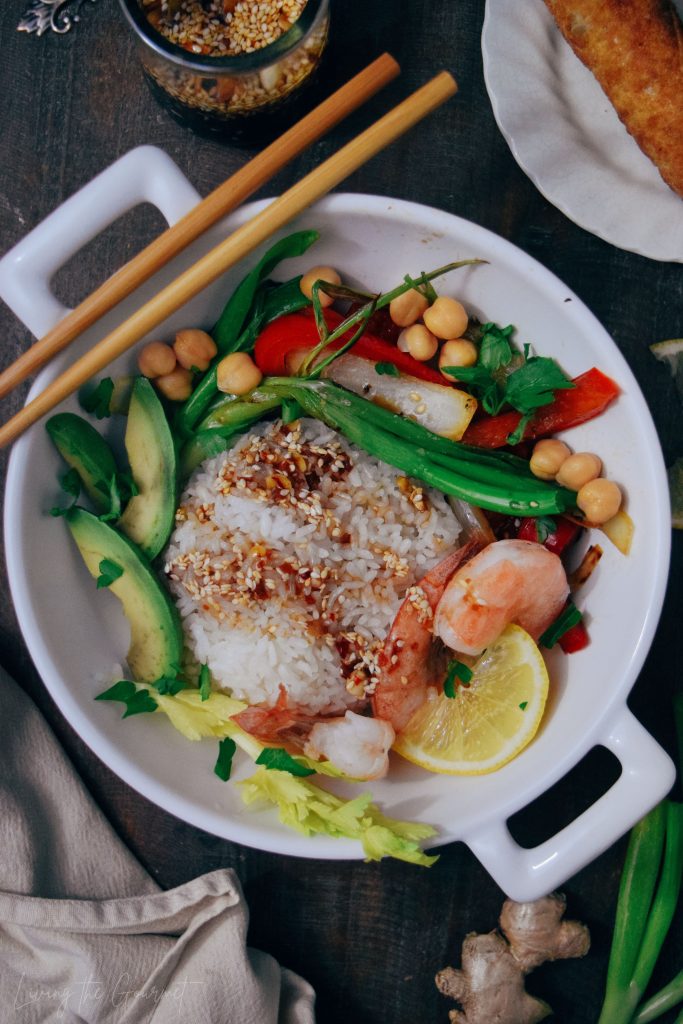 1) Fresh or Frozen? It doesn’t matter, since according to the National Fisheries Institute, some 85% of all commercially available fish has been frozen at some point on its journey to market. The quicker the fish was frozen after being caught, and the longer it remained frozen before finding its way to the display case of your local market the better. The same applies to shrimp.

2) Buy Shell-On Shrimp. Freezing or storing shrimp after it has been shelled and deveined causes a loss of flavor, since this causes the shrimp to drain away juices that impart flavor. This is true even when flash freezing the shrimp immediately after shelling and deveining. This doesn’t mean that the ‘quality’ of shelled or deveined shrimp is inferior, merely that you’re getting a ‘less flavorful’ shrimp…which is a quality in and of itself.

3) Inspect the Shell. While this might be hard to do through freezer bags, it’s worth mentioning that the shell of the shrimp holds important clues as to the quality of the shrimp itself. Black spots or patches of deep brown indicate that the shrimp are decaying. 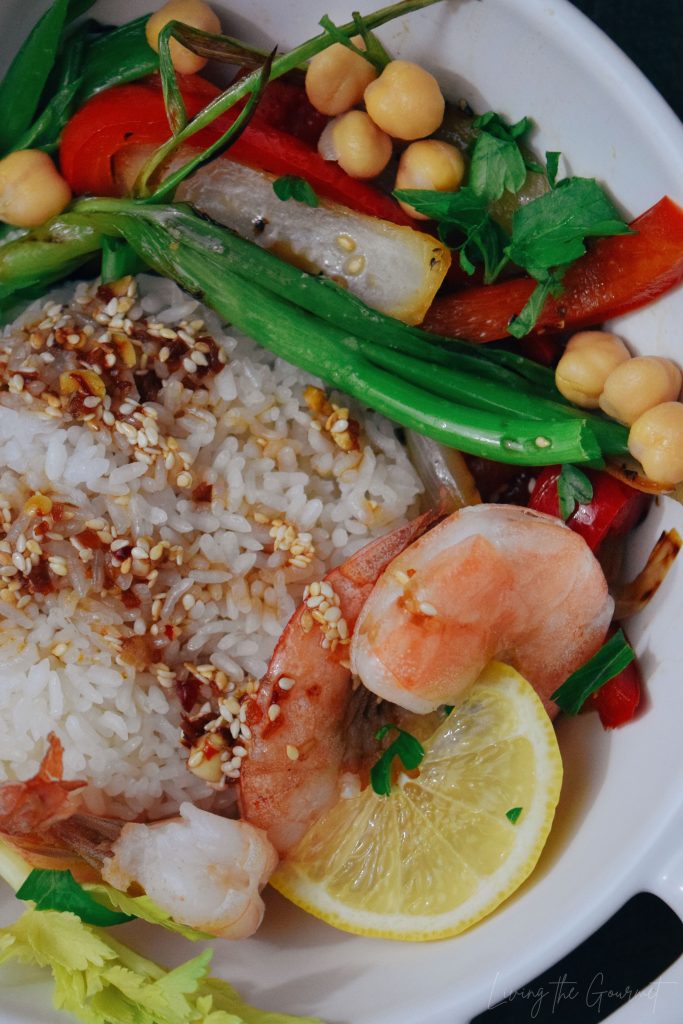 Other Great Salads from Living the Gourmet

2) Moroccan Tomato Salad. A surprise hit with my family, this Moroccan tomato salad is so simple, and yet so delicious, that it instantly won a place in my heart. Also, it pairs delicious with all manner of summer food, from BBQ to souvlaki to fish.

For the Sesame Sauce:

For the Sesame Sauce: