Today’s gremolata features just four basic ingredients, in addition to salt and pepper. Bright, fresh, blissfully aromatic, and crisp on the palate, gremolata pairs great with everything from homemade pizza to steak, pork, and fried chicken. This is one recipe you ‘really’ need to have in your repertoire. 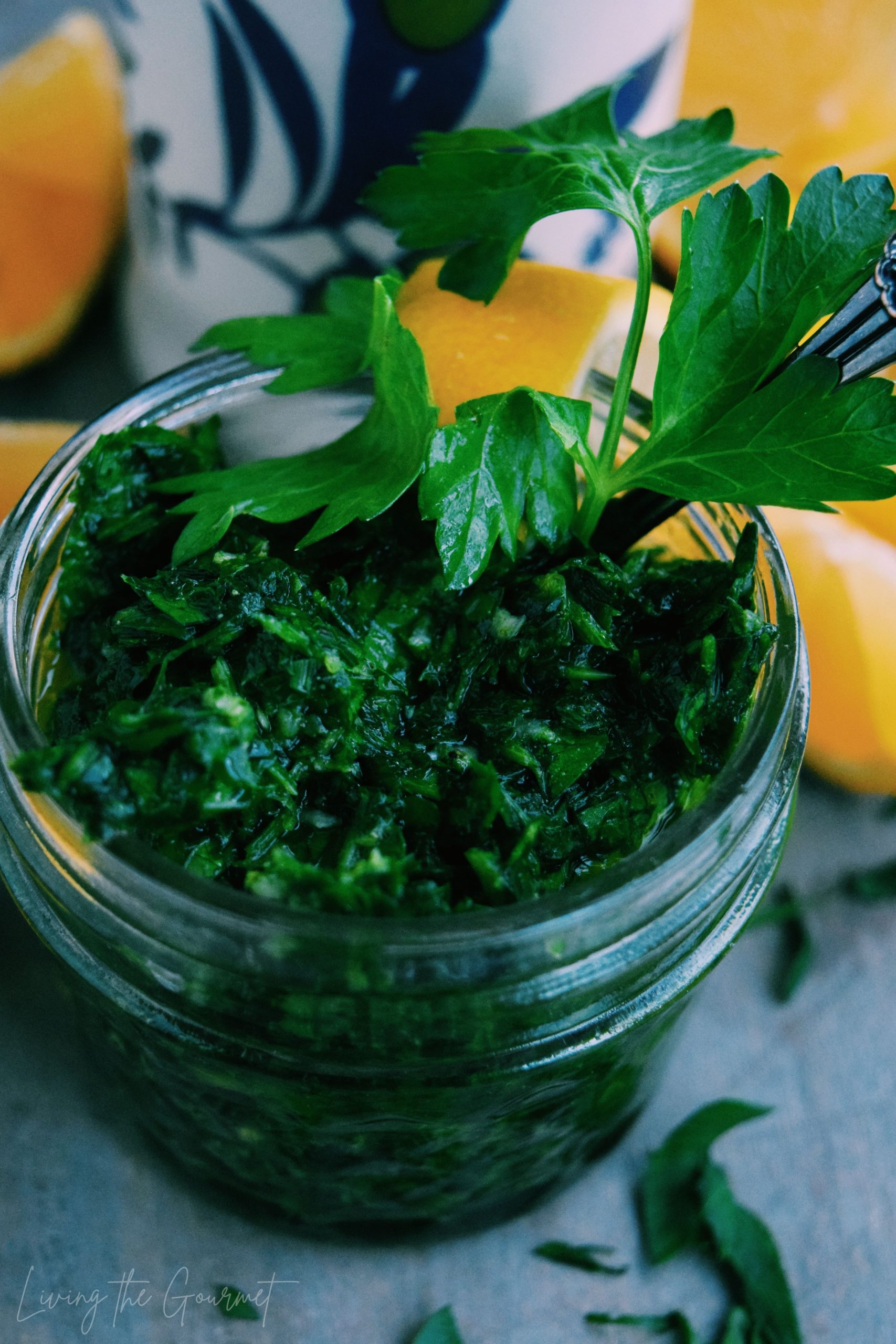 1) Couldn’t be simpler. If you can chop up some parsley, squeeze a lemon, and turn on your food processor, you can make today’s recipe.

2) Just four basic ingredients. Parsley, olive oil, lemon juice, and garlic, along with salt and pepper, is all that’s in today’s gremolata. How much easier could this get?

3) Pairs great with…pretty much everything. Eggs, homemade pizza, veggies, on crusty Italian bread, on steaks, lamb, or pork chops, or even as a salad dressing, gremolata pairs with pretty much anything savory. One reason I love this recipe so much is because of how versatile this simple little dip is.

4) It keeps. I’ve kept my gremolata in the fridge for up to a week, and it’s kept just fine. 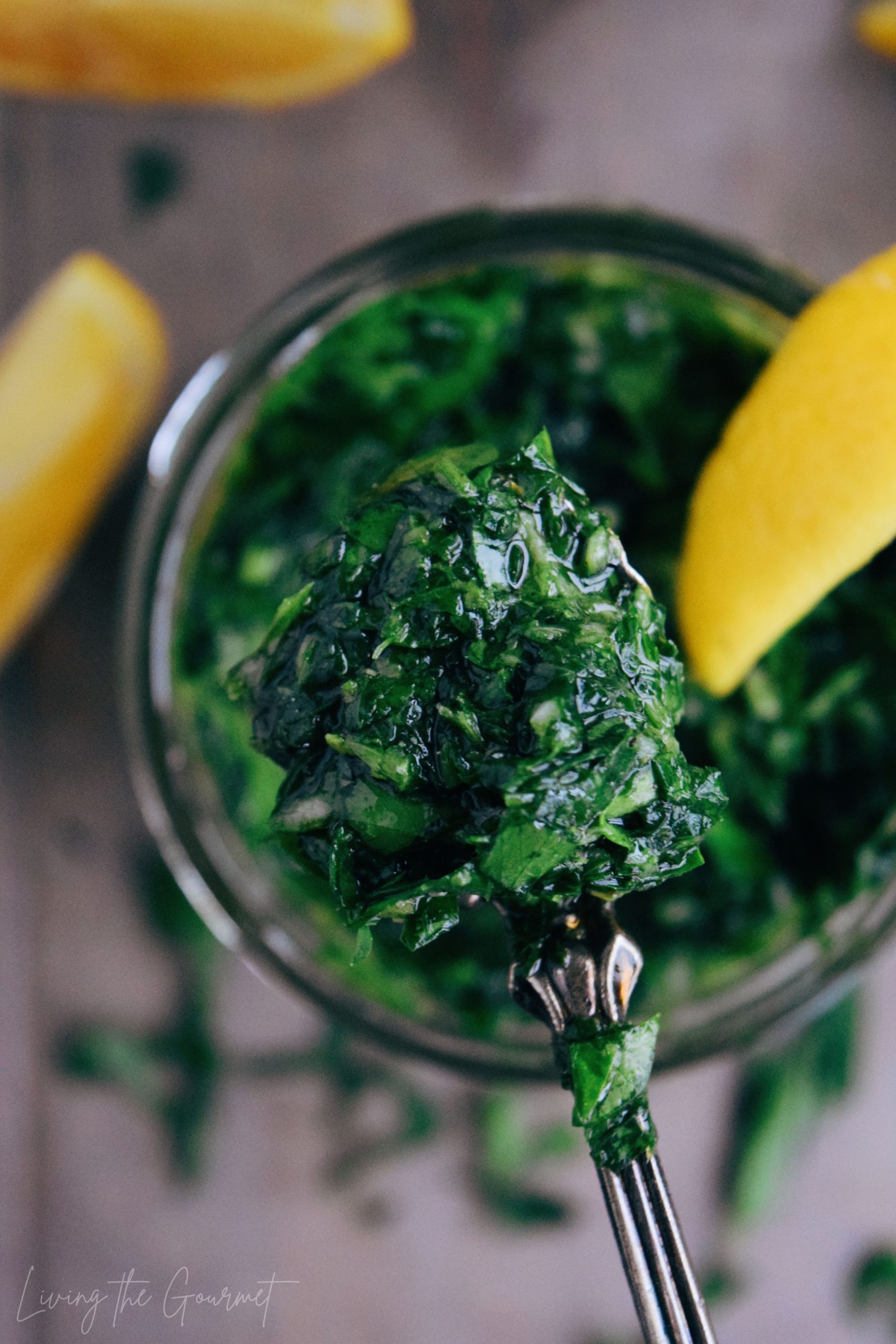 1) Parsley – Or ‘most’ of today’s recipe. The parsley is the star of today’s show, providing the body, texture, and most of the flavor in today’s gremolata. This means not only do you want fresh, quality parsley, but also the ‘right’ type of parsley, and that means Italian flat leaf only. Why is this? Because curly parsley tastes like…more or less ‘nothing’, or – at most – like grass, and has almost no aroma. However, what elevates curly parsley into the culinary realm, thereby saving it from merely being a weed, is the simple fact that “Oh my goodness is it pretty.” By contrast, Italian flat leaf parsley is about as ‘pretty’ as cilantro…which is to say it’s just green leaves on thin steams. Since we’re chopping up today’s parsley as the ‘meat’ of our dip, Italian flat leaf is the way to go. 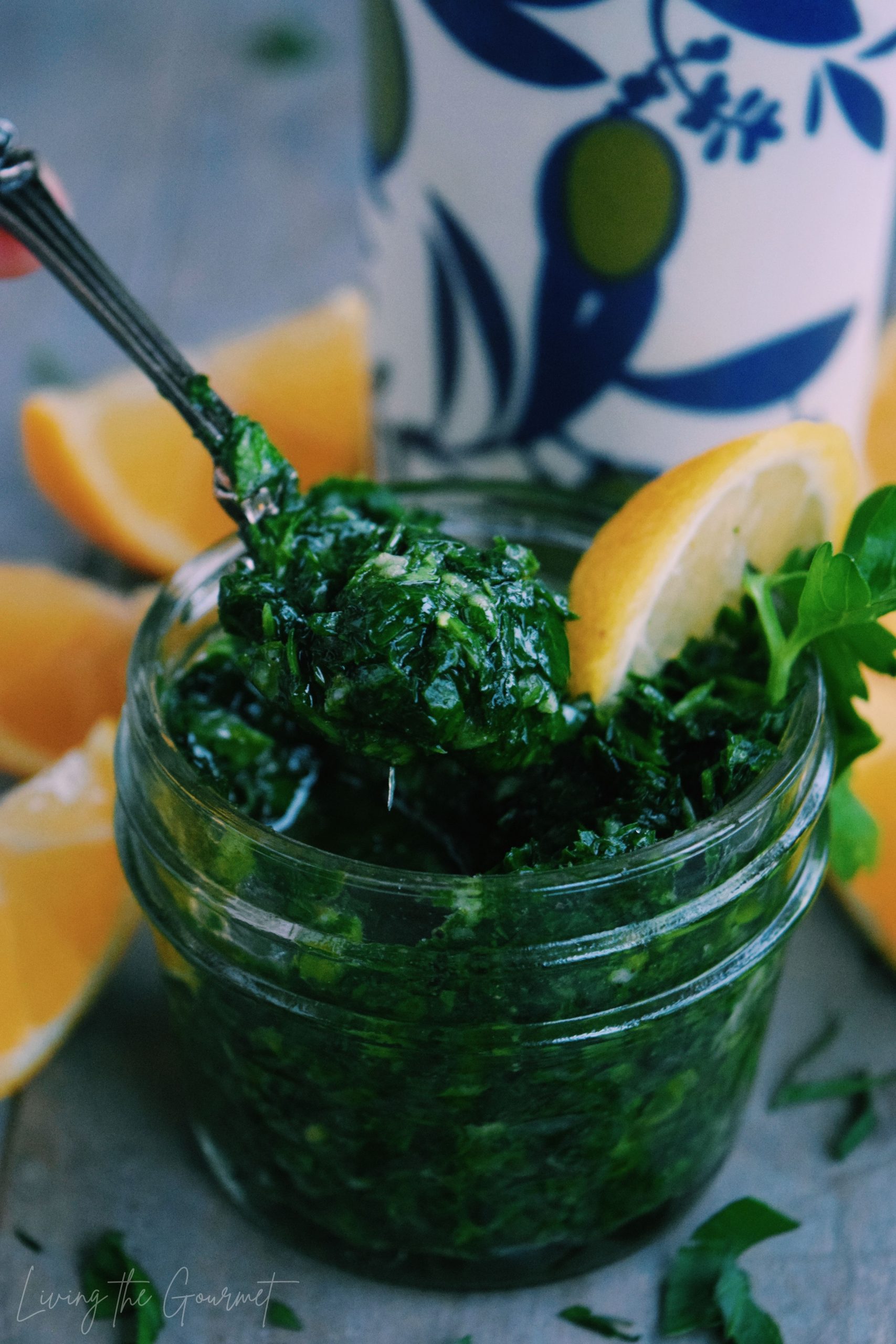 What to do with Gremolata

1) Lamb. Gremolata is the condiment served alongside the Milanese dish ossobuco alla Milanese, which is composed of braised veal shanks and vegetables. That said, gremolata also works alongside breaded and grilled veal as well. However, gremolata would also work just fine on lamb shanks or as a spread over roasted leg of lamb.

2) Steak. Argentine cowherds (gauchos) are credited with popularizing (or even inventing) chimichurri, which they would use to season the beef that formed the staple of their diets. Chimchurri is ‘almost’ identical to gremolata, but with just a few additional ingredients – such as vinegar and red pepper, and ‘sometimes’ cilantro. See my Steak Platter for a lengthier explanation. Thus, it should come as no surprise that gremolata also pairs excellently with beef – especially if you aren’t one for the added acidity and spice of chimichurri.

3) Fried Chicken. I’ve probably used today’s recipe (and similar recipes) more on chicken than I have either on lamb or beef. Pair today’s gremolata with some breaded chicken cutlets, and I promise you won’t be disappointed.

4) Salad. Drizzle this over your favorite garden salad for a light and crisp homemade dressing, and you’ve got a nice alternative to the usual olive oil and vinegar combo.

5) Pizza. I’m talking mostly about homemade pizza, such as what I prepared Spicy Artichoke Pizza, or even a homemade NY Style Pizza. A Cuban-Style Pizza would also likely pair deliciously with this. Regardless, drizzle a bit of this over a homemade pizza, and again I really don’t think you’ll be disappointed. 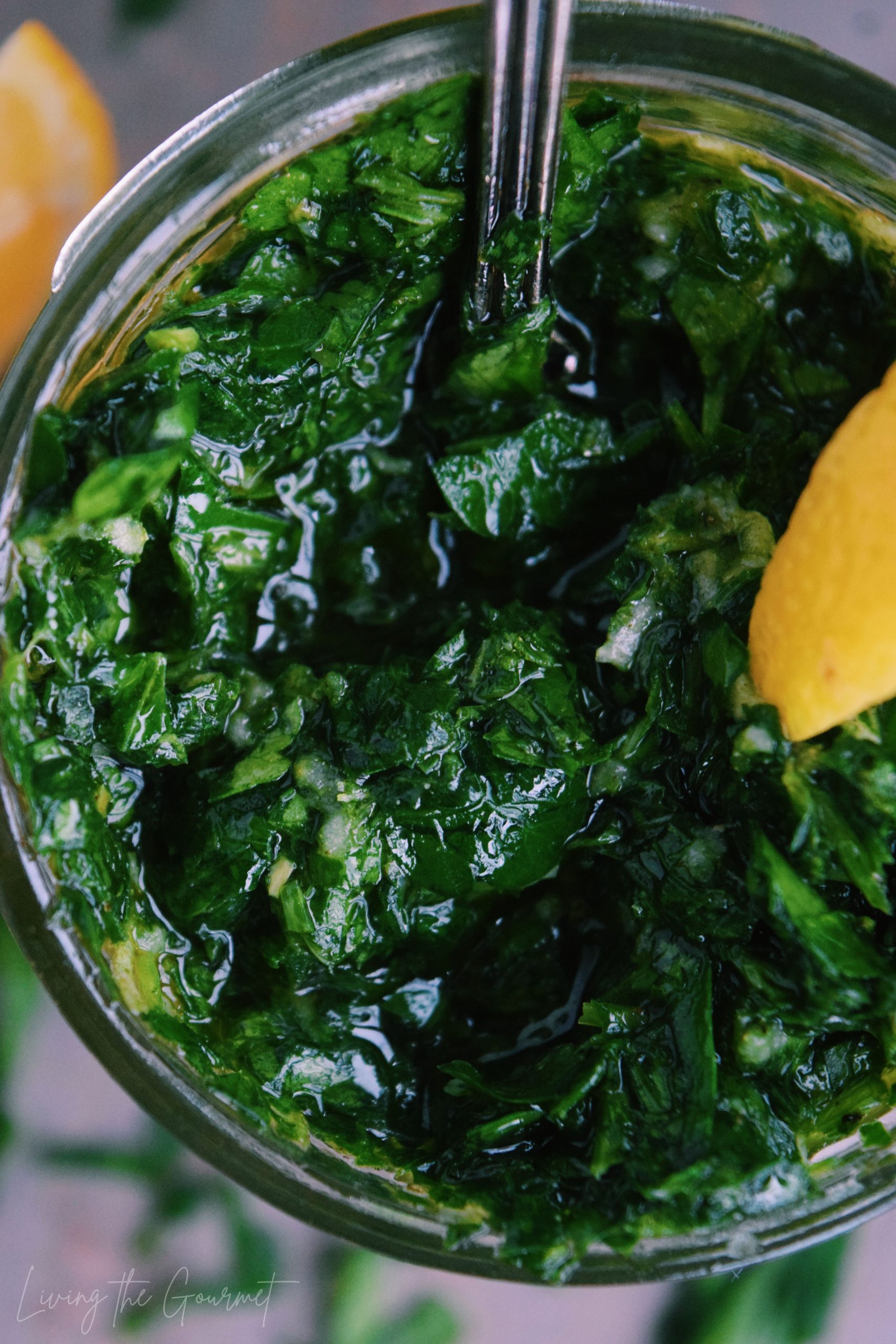