Today we’re preparing a red bell pepper and jalapeno spread, with grilled garlic and artichoke hearts. This spread is a perfect accompaniment to homemade flatbreads, or as the centerpiece of a lush antipasto or charcuterie board. Earthy, rustic, and just hint a spicy, this spread embodies ‘Old World Flare’ like few others. 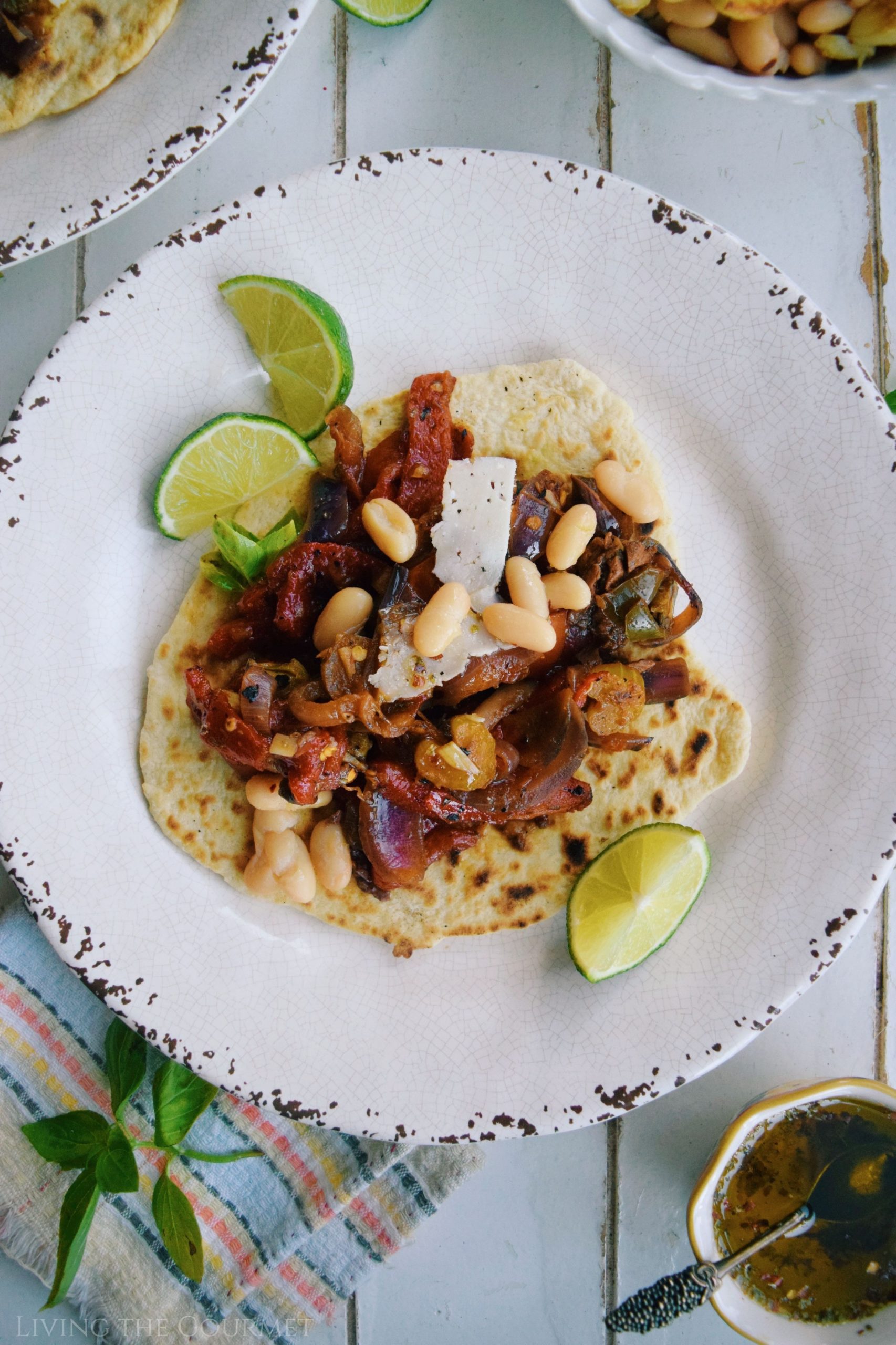 1) The Olives. I’m using Kalamata for today’s spread, but really you could substitute in anything you have on hand – including basic canned black olives. You might also consider Gaeta olives, which are probably the closest relative to Kalamata in terms of taste and texture. Ligurian olives, also called Taggiasca olives, are also a great substitute. Sicilian olives, also, would serve just fine in today’s spread. 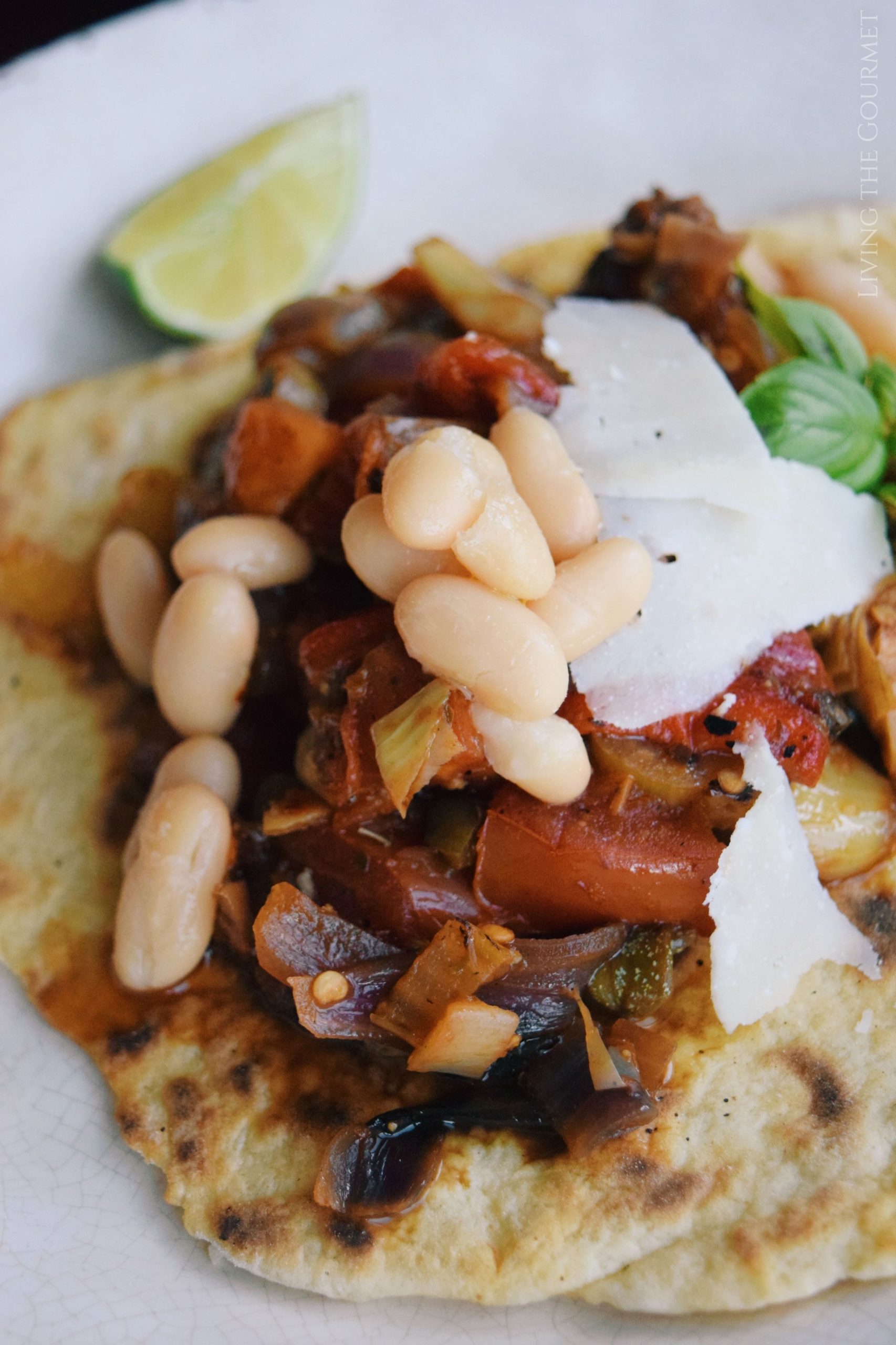 2) Marinated Artichoke Hearts. These are one of my favorite things in the world. They can add a touch of ‘Mediterranean flare’ to pretty much anything. Artichoke hearts make an appearance in almost every Mediterranean cuisine, from Morocco to Sicily, to Greece, Turkey, and Spain. And for good reason – there’s almost nothing you ‘cannot’ do with them. I’ve used these as toppings for flatbreads and homemade pizza, I’ve cut them up into eggs, I’ve served them whole as part of my antipasto spreads, and I’ve used them in a variety of pasta dishes. Seriously these are beyond versatile, and learning how and where to use them will instantly kick up your kitchen game. 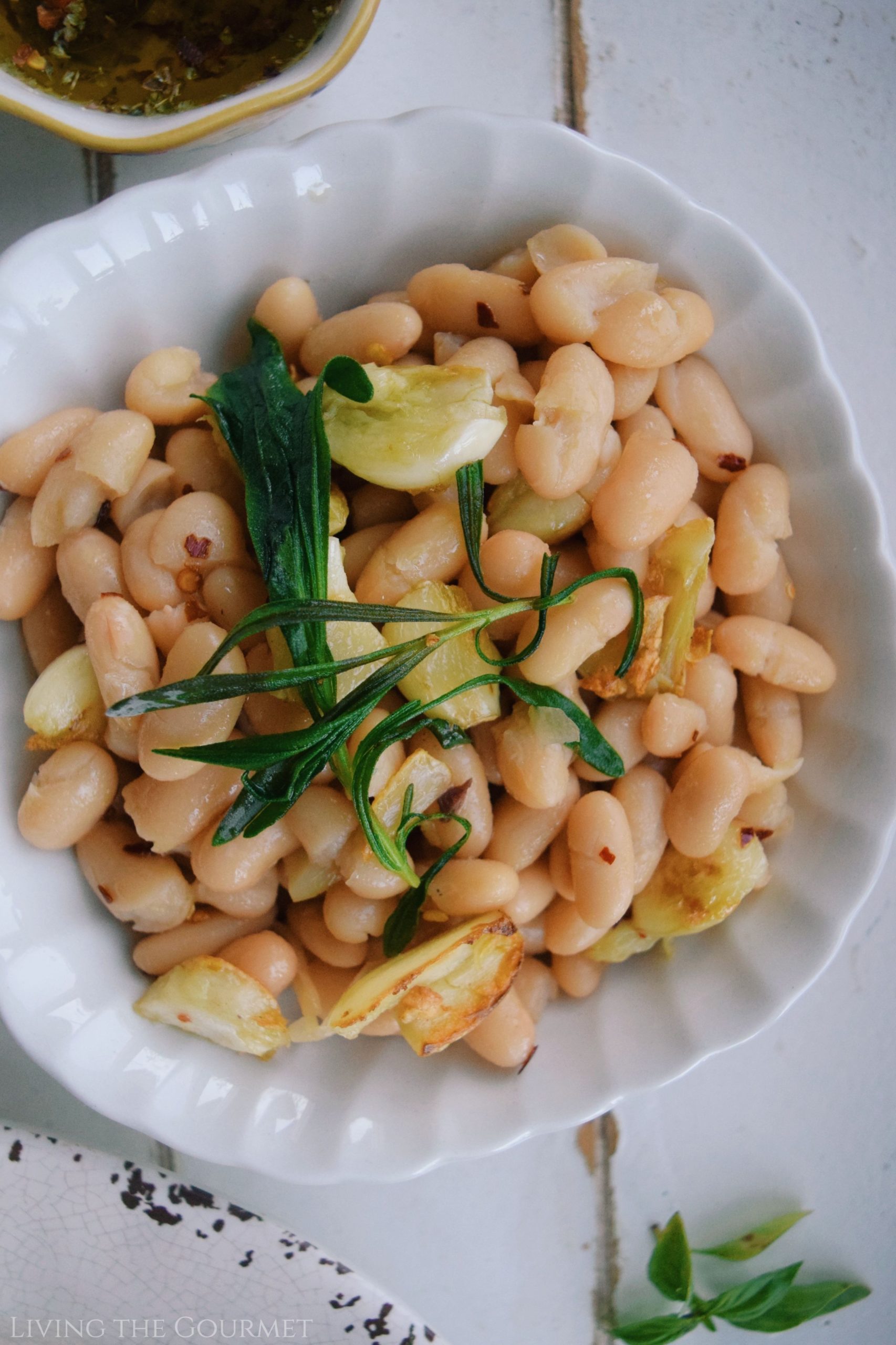 3) Cannellini Beans vs Navy Beans vs Butter Beans. The truth is these three beans are often used interchangeably. However, there are subtle differences that make one or the other better suited to certain recipes than its counterparts. Today we’re using Cannellini beans since they are the largest and ‘meatiest’ of the ‘white bean’ group – and since we’re eating the beans ‘whole and on their own’ as part of today’s spread, we want a ‘substantial’ bean. Cannellini beans have a nutty, earthy flavor, and very tender flesh, this makes them ideal for things chili, minestrone, and – you guessed it – dips and spreads. By contrast, Butter Beans are much starchier and somewhat smaller, and are popular in soups in stews. These qualities, however, makes them less desirable when you prefer a ‘hardier’ texture, or when you want the beans to stand on their own – as in today’s spread. Finally. Navy Beans are small and pea-like, and have a low cooking point – meaning that they become softer faster during cooking – and are typically used as a thickening agent for soups and stews. They are also relatively flavor neutral. Naturally, these qualities make them ideal for cooking, but less so for processing into a dip or spread or eating on their own. 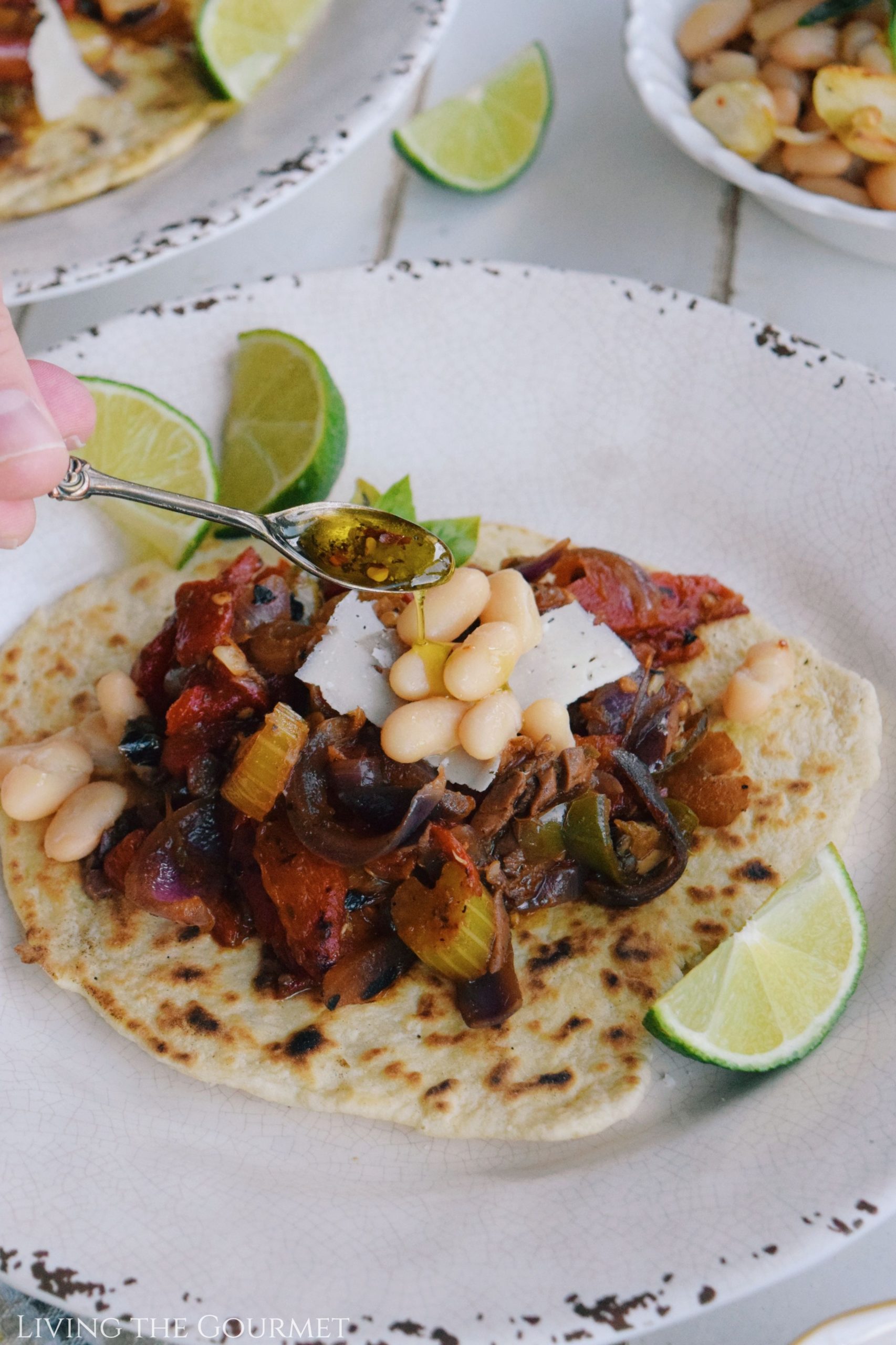 1) Flatbreads. My personal favorite pairing for today’s spread, and for dips with comparable flavors, such as my dips, such as my Cilantro and Cannelini Bean Dip. Flatbreads are relatively easy and quick to make, and never fail to impress at dinner parties. That said, they are also super intuitive to ‘dress up’ with things like today’s spread, or with a bit infused olive oil, or the various ‘items’ typical of antipasto boards such as cheeses, fish, olives, and cured meats.

2) On Crostini. Topped with today’s spread, some cured meat, and fresh mozzarella, crostini are a great way to get creative with today’s spread. Easy to make, and providing endless possibilities for experimentation, learning how to prepare crostini will make you the hit of your next dinner party.

3) Charcuterie Board. Today’s spread is well at home in a variety of ‘classic’ antipastos or as the centerpiece of a well-crafted charcuterie boards You might consider a board featuring dried fruits, crostini, panini sandwiches, and cured meat, such as the one I prepared here. Alternatively, you might also consider a board featuring grilled fruit, grapes, olives, artisanal toast, and roasted peppers, such as my charcuterie board. 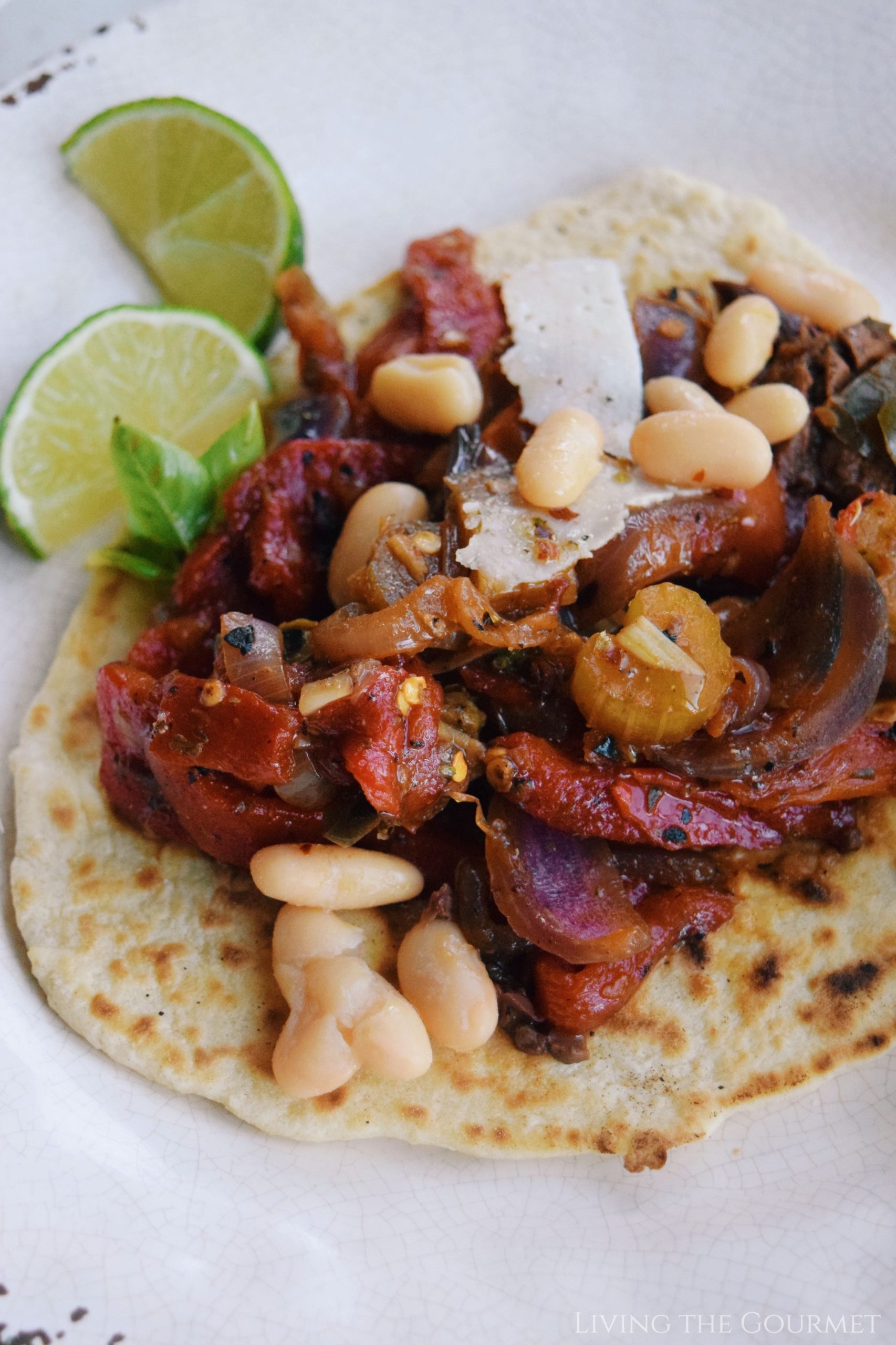 For the Seasoned Cannellini Beans:

For the Seasoned Cannellini Beans: 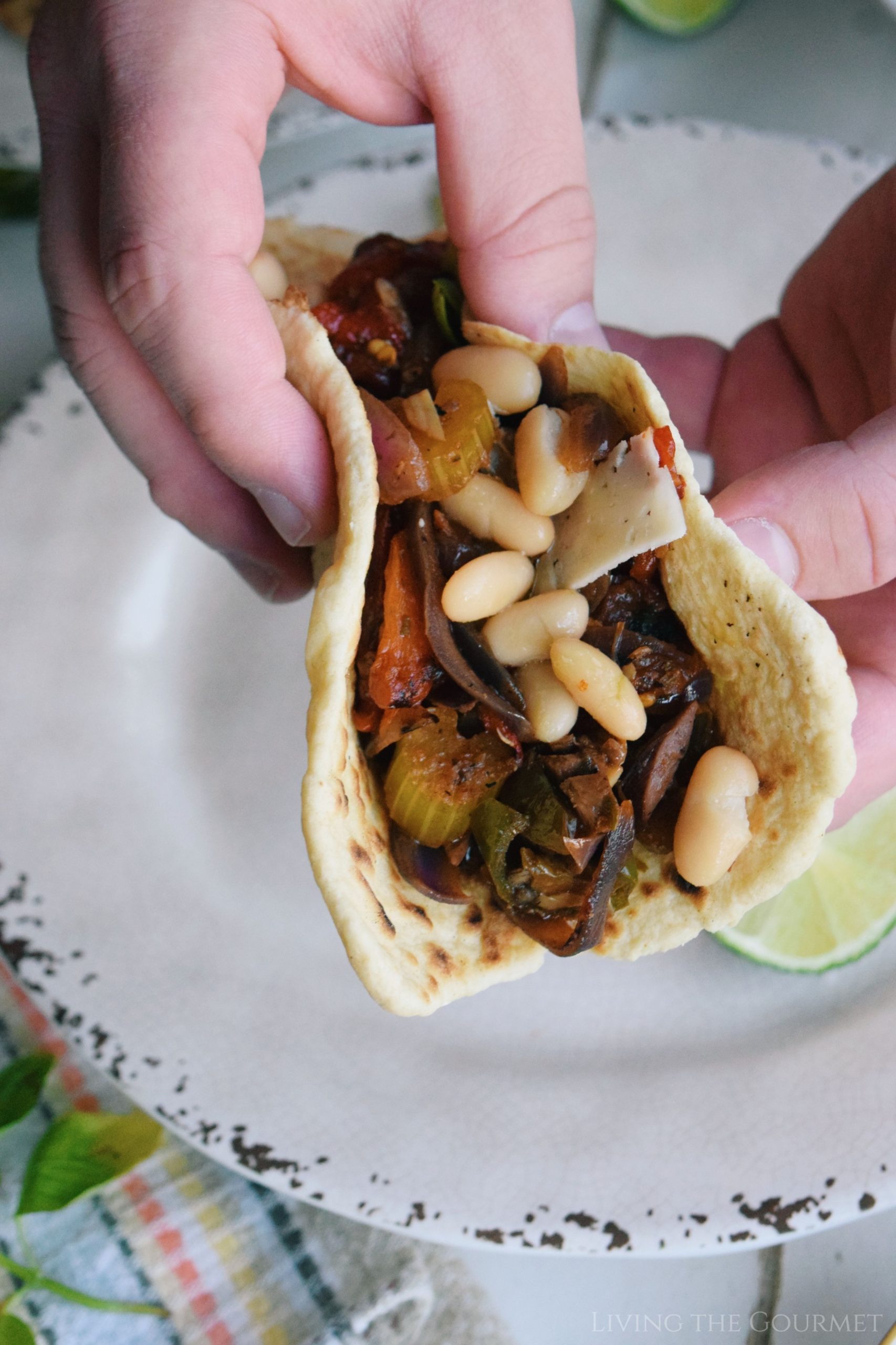