This shop has been compensated by Collective Bias, Inc. and its advertiser. All opinions are mine alone. #CelebrateWithM #CollectiveBias

These buttery square biscuits are speckled with M&M’s® Red, White, & Blue Peanuts for a sweet and nutty treat that is perfect for Memorial Day picnics and gatherings.

In one of humanity’s ironies, days meant to commemorate great sacrifice are often spent in great excess or merriment. Recall the Homeric feats of Classical Greece where the battles and bloodletting of the Achaeans, or their besieged Trojan counterparts, were passed with games, the reciting of poetry, and copious amounts of food.

Flash forward countless millennia, and our modern Memorial Day is one spent over grills at the start of the summer season, a sort of “Pre-Fourth of July” feast.

However, this all may not be as ironic as it may seem. Recall the English classicalist John Maxwell Edmonds, who in rephrasing Simonides’ commemoration of the Spartans at Thermopylae, devised the commemorative epitaph for our modern soldiers, “When you go home, tell them of us and say; For your tomorrows these gave their today.”

In other words, perhaps enjoying our “tomorrows” to the fullest is precisely how we are supposed to be commemorating such sacrifice.

To that point, I’ve been talking a lot recently about some of the ways I’ll be celebrating this summer, especially Memorial Day, and about some of my favorite grilling items, as well as ways to capture the flavors of the seasons indoors without the need for open flames. However, what about desserts? After all, nothing is ever enjoyed to its fullest without a dash of sweet…no matter how delicious the barbeque.

True, there are the perennial frozen treats that are often the first thing that spring to mind as the weather warms, or baked pies of varying fruit, or even a handful of seasonal cakes that everyone knows and loves. While each of those items will likely find a place in my dessert menu this season, for this Memorial Day, I wanted to do something a little unexpected, and decided on making M&M’s® Shortbreads.

I just had to include M&M’s® in the recipe after seeing M&M’s® Red, White, & Blue at my local Walmart, which are meant to commemorate the troops – and since for each bag of M&M’s® purchased MARS is donating a bag to the troops. I couldn’t help but consider this to be particularly apropos, since M&M’s® were originally made with soldiers in mind. During the Spanish Civil War, Forrest Mars, Sr. observed soldiers eating British made chocolate pellets encased in a sugar coating as part of their rations, and decided he could provide a better product. After receiving a patent in 1941, production of M&M’s® began in New Jersey, and after the United States entered World War II, the candies were sold exclusively to the military.

Once the shortbread has been prepared as shown below, bake it for twenty to twenty-five minutes, and then slice while it’s still warm, and you’ve got a dessert the entire family will simply love. 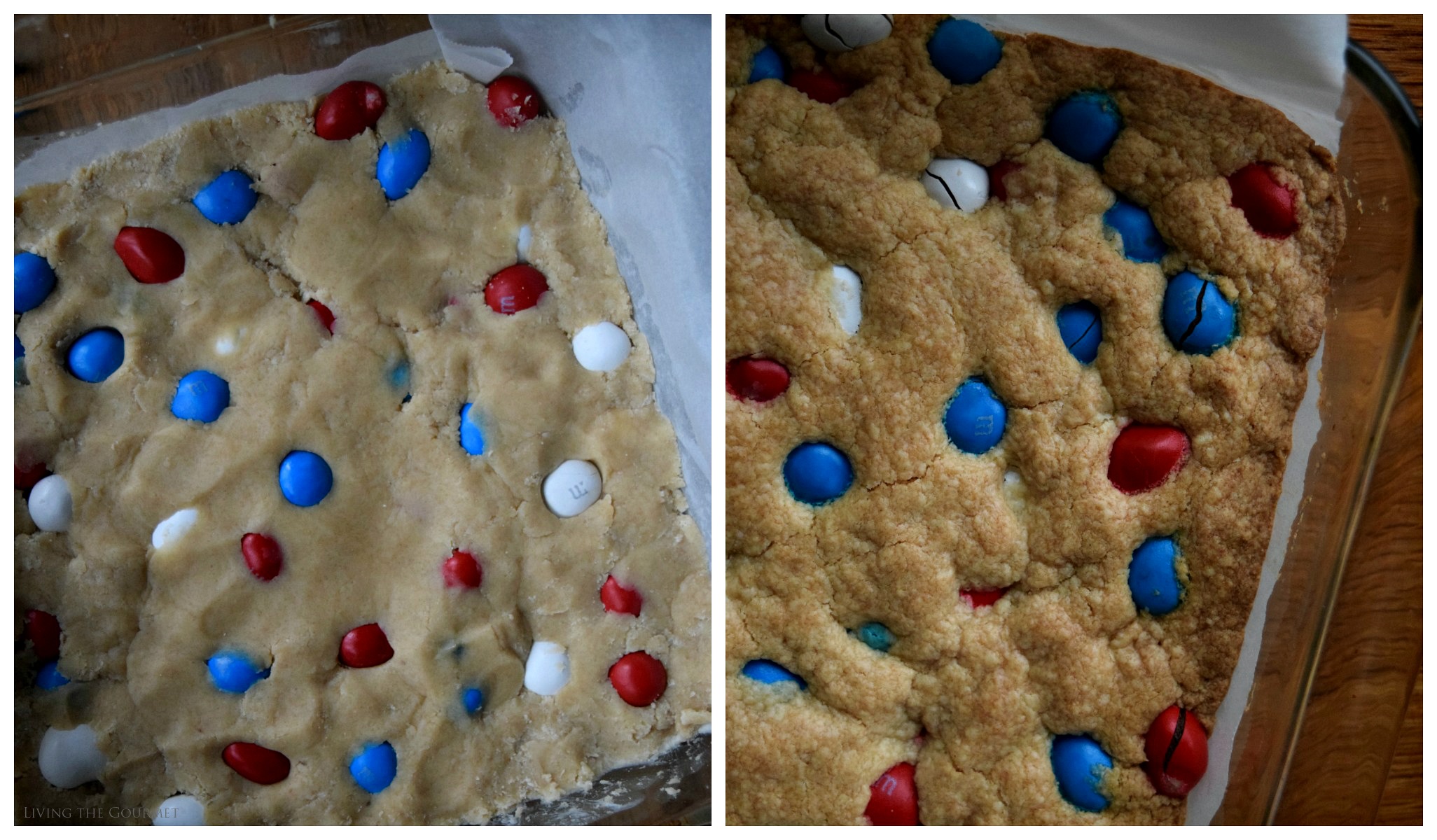 What are some of your favorite Memorial Day desserts? We would love to hear from you. Also, don’t forget to check if you local Walmart is participating in hosting events for the MARS “1 For You, 1 For the Troops” campaign.