Today we’re preparing Salsa Shrimp Cocktails, and we’ll be doing so with a little help from the makers of my new favorite salsa – Sam’s Salsa. More on them below.

For today’s cocktail, we’re rubbing down shrimp in a mix of olive oil, cilantro, sea salt, fresh ground black pepper and plenty of garlic, and then grilling them to perfection. Next, we’ll be building a salsa and fruit cocktail with fresh herbs, chunked feta, and jalapenos. If that doesn’t sound like a summer treat, I don’t know what does. 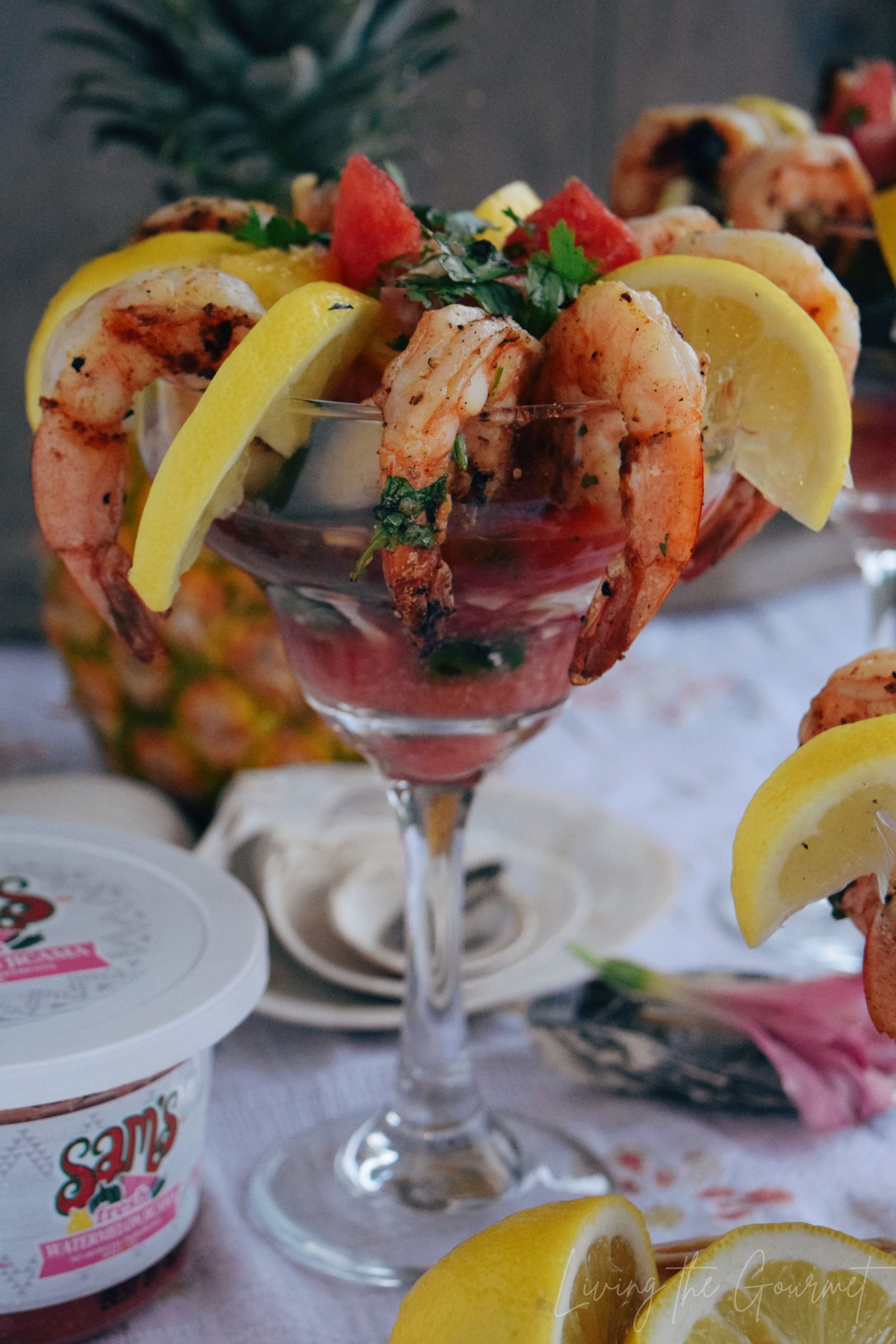 1) The Jalapenos. We’re using the jalapenos in two capacities. The first is as garnish, the second is as spice for the salad. That said, I’m not using jalapenos for any particular reason other than I like the way they taste raw, and that I love the way they look when sliced thin. That said, I think jalapenos strike a nice balance between ‘chili pepper flavor’ and heat. They score a comparatively modest 2,500-10,000 units on the Scoville heat scale, while something cayenne clocks in at 25,000-50,000 units.

Substitution: Any peppers, really. Bells are fine if you don’t want the spice. By contrast, serranos or habaneros also work if you’re feeling a bit more adventurous, since they max out at around 15,000 and 100,000 units respectively.

2) Sam’s Fresh Salsa – Why You Should Try It. I’m of the opinion that fresh, natural ‘everything’ is the best way to go in the kitchen, and this is especially true when the recipe is being consumed raw. This brings to mind things like chimichurri, gremolata, and – yes – salsa. That’s why I love Sam’s Salsa. Sam’s Salsa is produced with no artificial ingredients, no preservatives, and no additives, and they’re Clean Label certified. The first thing my son said when he tried this salsa is “I love how fresh and clean tasting it is,” and honestly I think that’s the best way to describe it. Yes, you have all of the expected salsa flavors, from jalapenos to tomatillos, but above all you’ve just got a really fresh and clean tasting salsa – and that’s what salsa should be. So with all of that said, try Sam’s Salsa, you won’t be disappointed, I promise. Sam’s Salsa comes in several varieties, including Cantina Style, Salsa Verde, and Watermelon Jicama, which is what we’re using today. 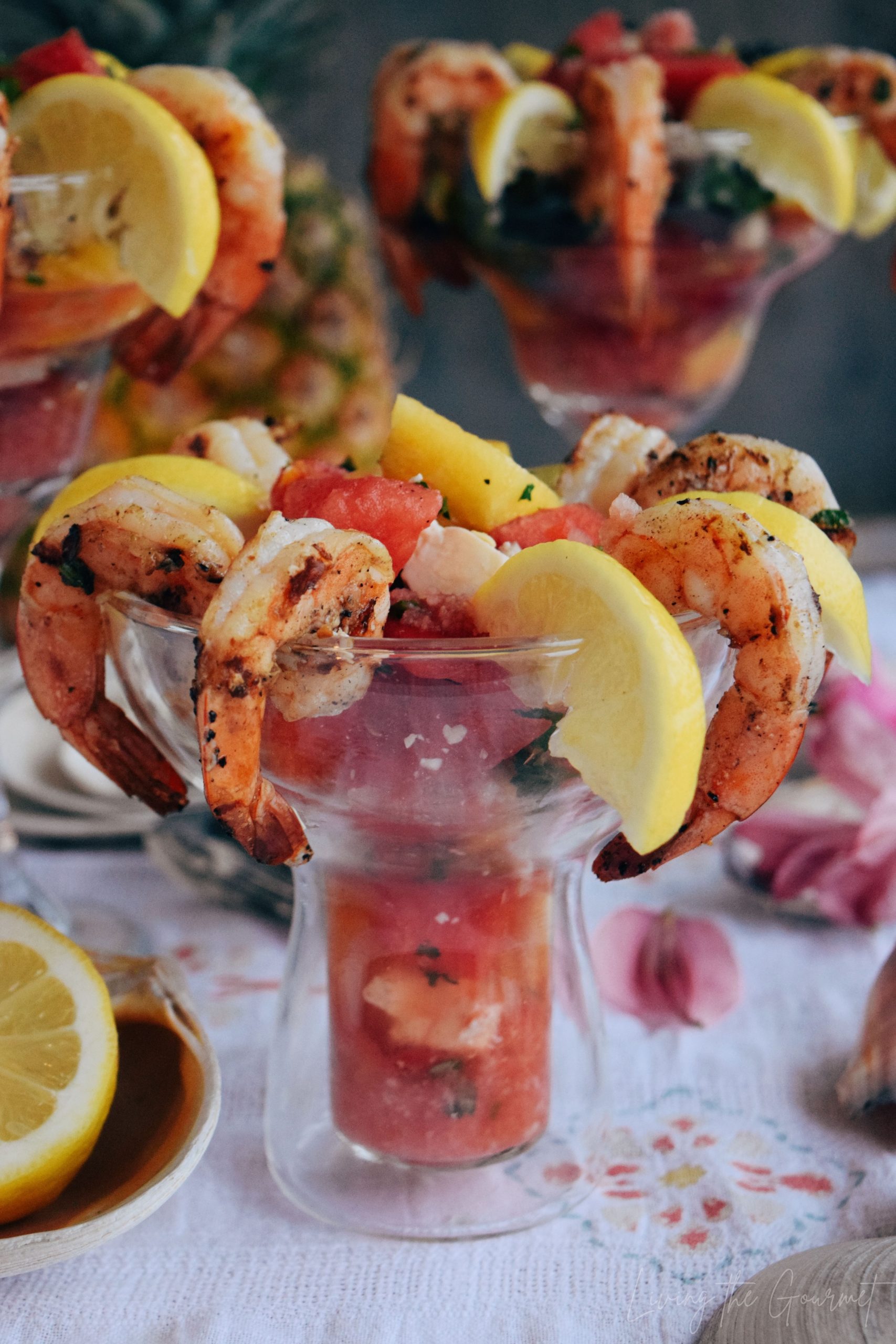 3) The Truth about Feta Cheese. Psychology and philosophy students are likely familiar with some variation of the question “Take a hammer, now imagine you replace the handle, and then at a later date you also replace the head. Do you still have the same hammer you started out with?” The question essentially asks “When does A stop being A?” or “At what point does a thing change so much that it is no longer what it originally was?” The EU actually has some regulations about precisely when ‘feta’ stops being ‘feta,’ and these rules are naturally based on the traditional Greek understanding of this loveably salty, pleasantly acidic cheese. In short, a milk product is ‘not’ feta unless it is made from sheep’s milk, or from a mixture of sheep’s and goat’s milk, in which mixture the goat milk can amount to no more than 30% of the total product. Why 30%? I have no clue. Also, the cheese needs to be brined and possess a sky-high sodium content. Moisture should be no more than 56%, with a minimum fat content of 43% in the dry solid matter of the cheese, while the product’s Ph should be stabilized between 4.4 and 4.6. Thus, low-fat, low-sodium ‘feta’ does not actually exist, nor does cow’s milk feta for that matter. Sadly, this excludes almost everything labeled ‘feta’ in the USA, Canada, Mexico, and Northern Europe. 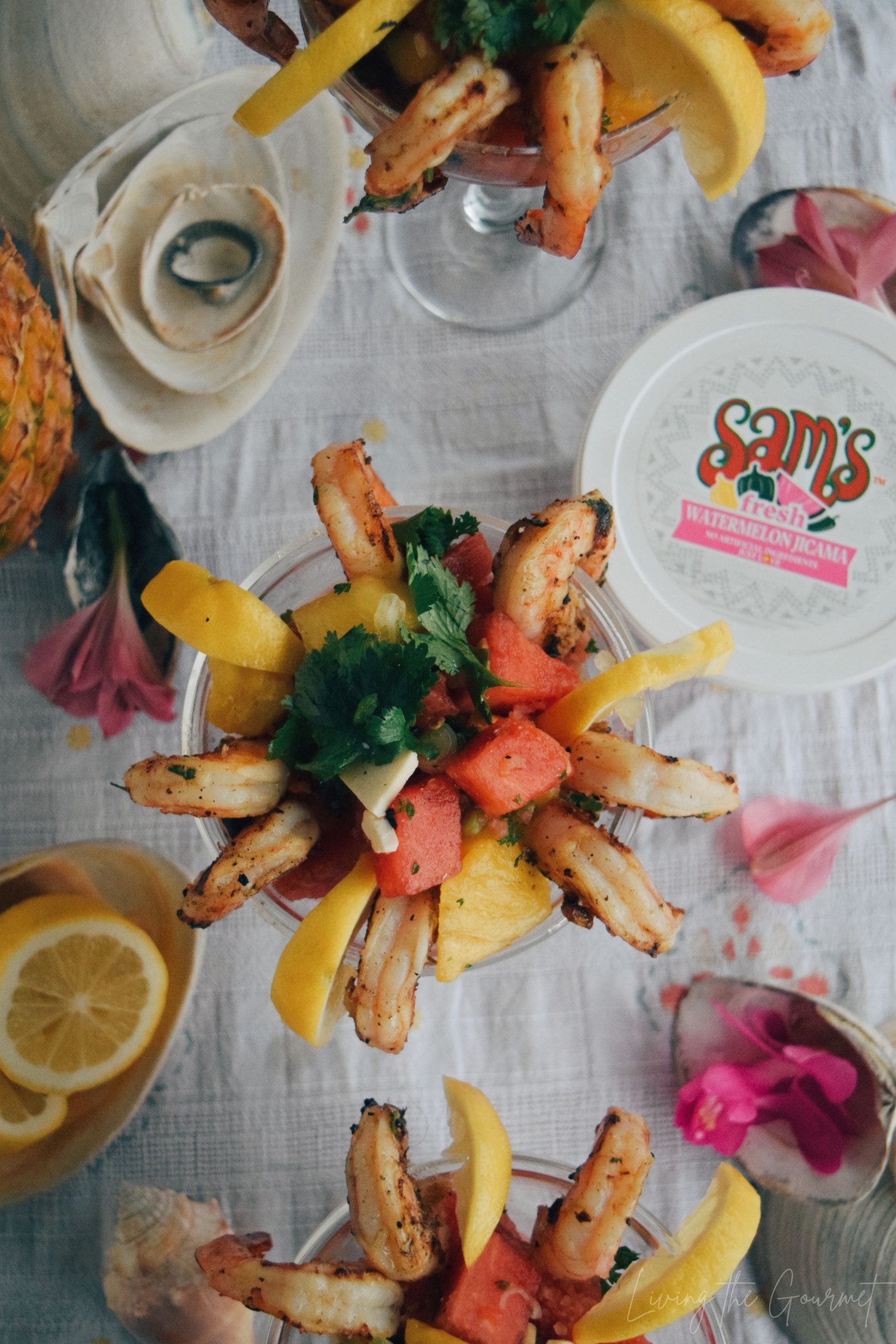 1) Fresh or Frozen? The hard truth is that unless you are buying directly – as in directly off the fishing boat or pier – you are buying frozen fish…or at least fish that ‘was’ frozen before your fishmonger defrosted it for display. This isn’t a bad thing, and it’s almost entirely unavoidable. According to the National Fisheries Institute, some 85% of all commercially available fish has been frozen at some point on its journey to market. This is a good thing, and the quicker the fish was frozen after being caught, and the longer it remained frozen before finding its way to the display case of your local market the better. The same applies to shrimp. 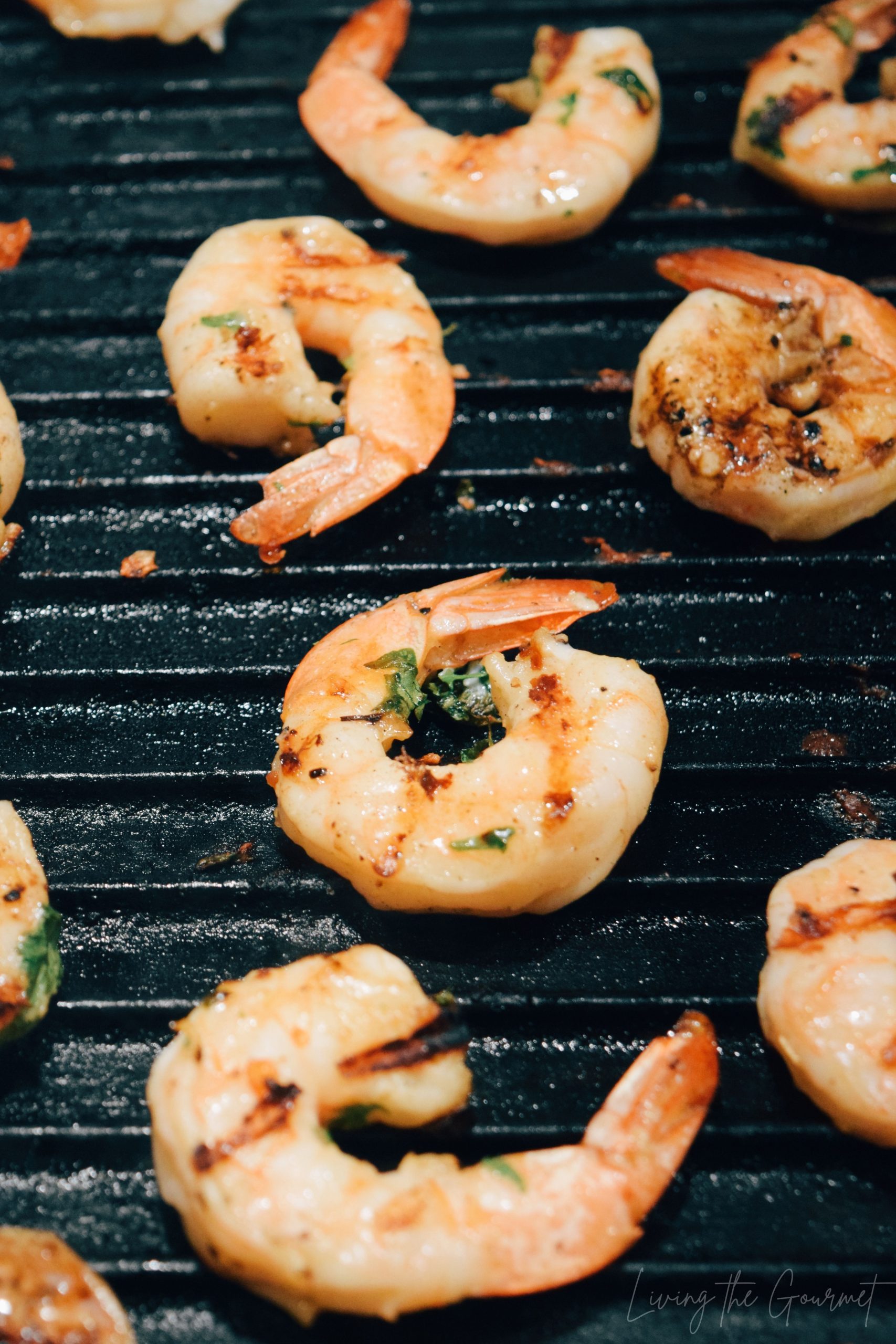 2) The Right Question to Ask Your Fishmonger is None at All. Asking your fishmonger if the fish on display is ‘fresh’ is likely pointless. If you have an honest fishmonger, he or she won’t be displaying spoiled fish. If you have a dishonest, lazy, or inept fishmonger, they’ll likely assure you its fresh even if it isn’t. Instead, find a market that you trust to display good fish. If you really must inquire about the quality of the fish, ask for fish that has ‘never’ been defrosted. Conversely, let’s learn how to tell if the fish is ‘good’ or ‘fresh’ or ‘not,’ which brings us to my next point…

3) Buy Shell-On Shrimp. Freezing or storing shrimp after it has been shelled and deveined causes a loss of flavor, since this causes the shrimp to drain away juices that impart flavor. This is true even when flash freezing the shrimp immediately after shelling and deveining. This doesn’t mean that the ‘quality’ of shelled or deveined shrimp is inferior, merely that you’re getting a ‘less flavorful’ shrimp…which is a quality in and of itself. 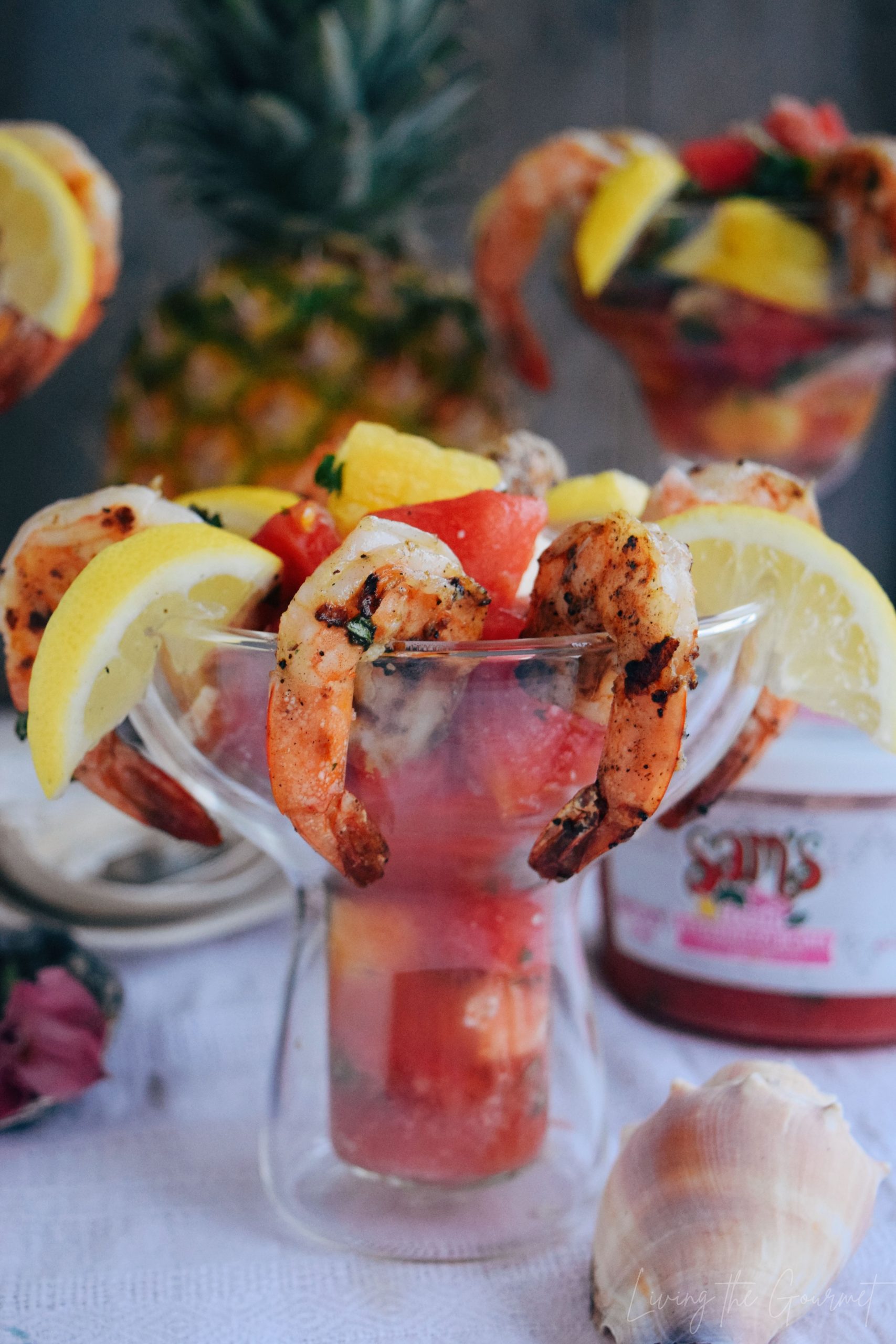 4) Inspect the Shell. While this might be hard to do through freezer bags, it’s worth mentioning that the shell of the shrimp holds important clues as to the quality of the shrimp itself. Black spots or patches of deep brown indicate that the shrimp are decaying. 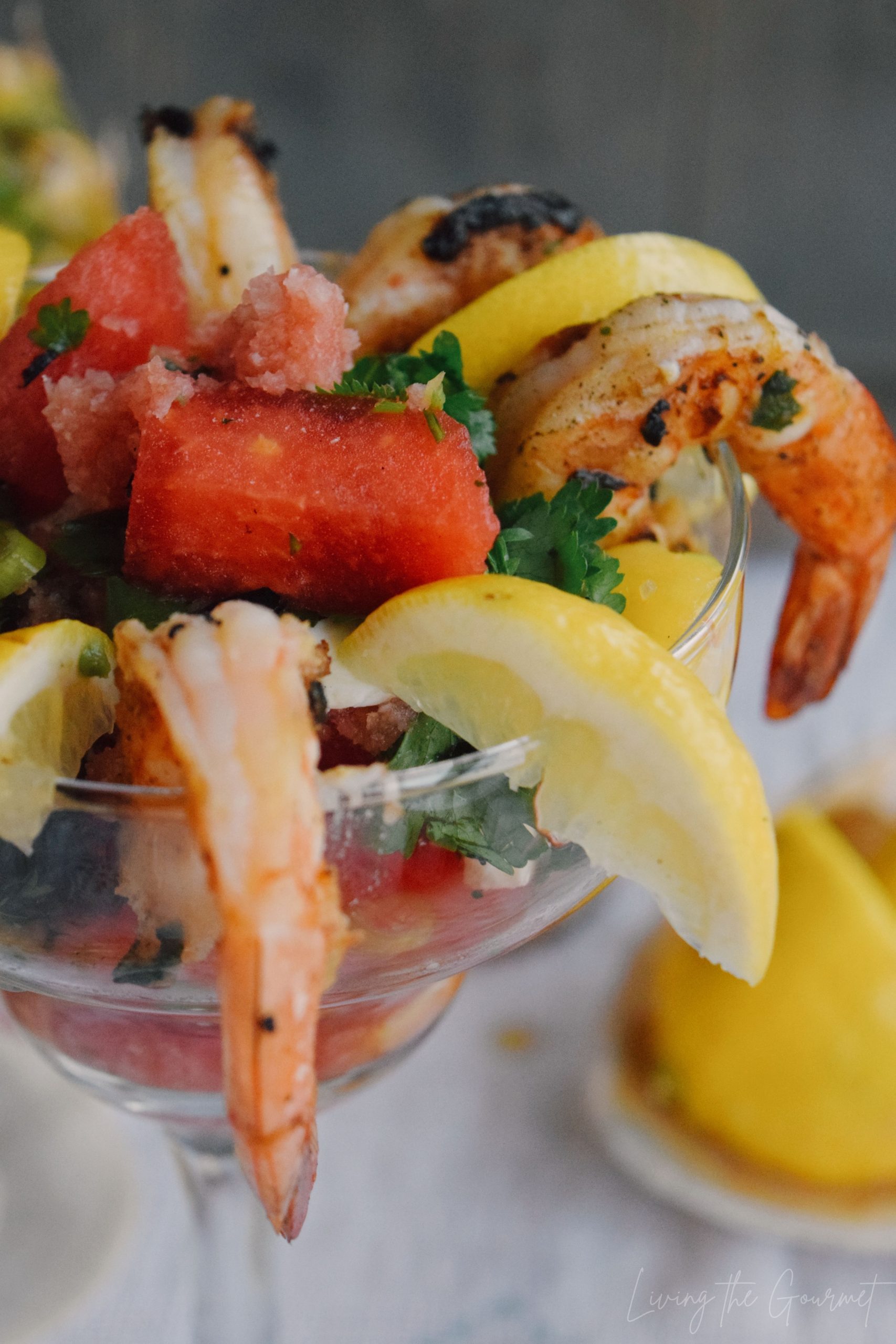 Scale
Rub for the Shrimp: