This post has been brought to you by Pindar Vineyards. All opinions expressed are my own. The following message is intended for those 21+. Please enjoy responsibly.

Today we’re sampling a pair of bottles from one of Living the Gourmet’s longtime friends – Pindar Winery, one of the most well known local wineries here on Long Island, and in all of New York state for that matter. 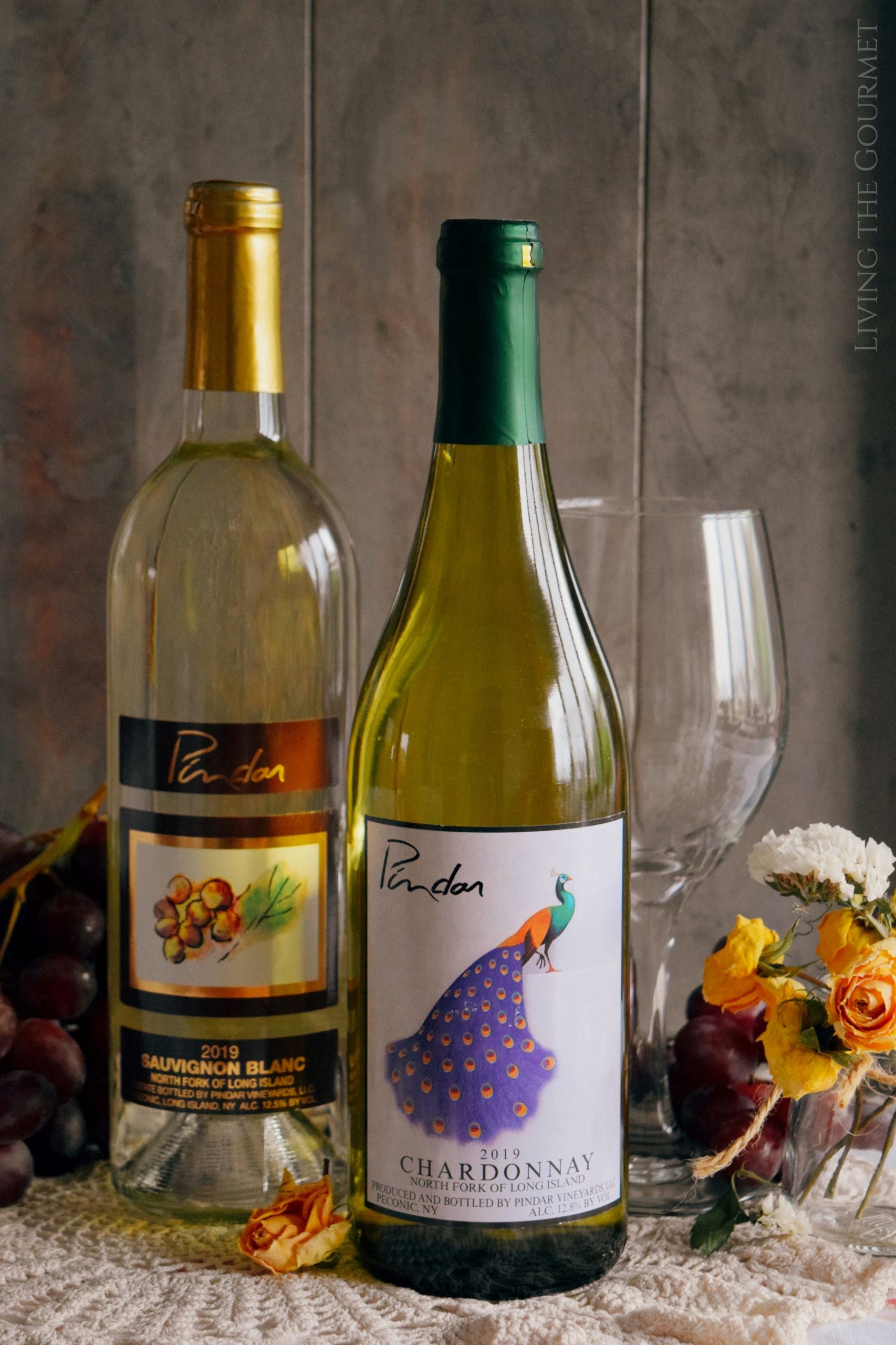 Say the words “Long Island,” and images of suburban sprawl and urban ‘hives’ are what spring to mind for most – and those images are wholly justified.

However, as recently as the late 1970s and early 80s, this simply wasn’t the case. Instead, Long Island, at that point, was home largely to a mix of farmers and fisheries.

I myself can remember Long Island as a patchwork local farms crisscrossed by tiny two-lane roads – roads that were predictably and blissfully empty.

Shopping for ‘locally grown produce’ wasn’t a declaration of ‘natural living’ or ‘going gourmet,’ it was simply a fact of life. I can remember shopping at local farm stands with my mother, regularly, for everything from tomatoes and corn to string beans and apples. Back then, Long Island was positively rural, so much so that when my parents moved out from the Bronx, my uncle jokingly quipped that they had moved to ‘The Sticks.’

Then came a wave of rapid and intentional change. Spurred on by the end of agricultural subsidies, local land prices skyrocketed as farmers, left with no other choice, sold off their plots. As the farms were bought up and paved over, local development was both fanatically encouraged and heavily subsidized, firmly establishing Long Island as the suburban extension of New York City in all but name. 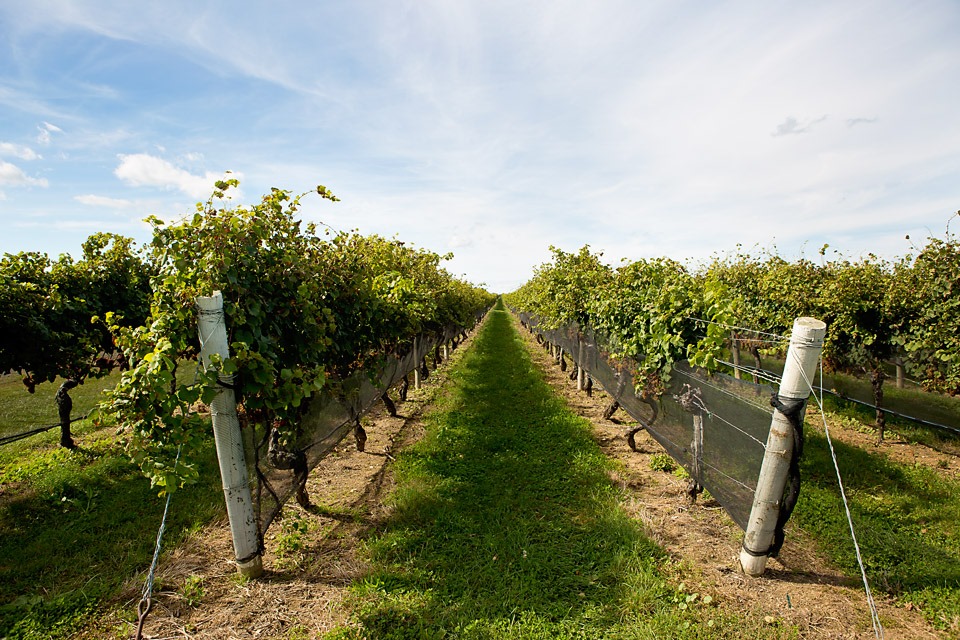 Curiously, however, just as the final generation of Long Island’s farmers were selling off the last of their lots, the first seeds of a completely different kind agricultural undertaking were being sown – those of Long Island’s very first vineyard, established in 1973. This singular act would in turn develop Long Island into a critically acclaimed wine region within the span of just four decades, and give rise to such vaunted wineries as, you guessed it, Pindar.

In contrast to Greek or Italian winemaking, both of which draw from traditions older than recorded history itself, winemaking on Long Island is barely four-decades old. Long Island’s forks, where most of the vineyards are located, by comparison to Mendoza or Napa, make for rather cramped geography, and there are obviously no foothills or volcanism to take advantage of. In contrast to Italy, Long Island’s maritime climate features torrential rains that can, quite literally, rot away crops, and, on the other end of the spectrum, droughts that can starve away even the hardiest of vines.

Add on flooding, hurricanes, infamous Nor Easters, harsh winters, and exorbitant land prices, and Long Island seems like an area most winemakers would seek to avoid.

Yet, despite all of that, Long Island wine is considered by countless critics to be the home of the best wines on the Eastern seaboard, with the Wine Industry Advisor commenting in a January 30th article of 2018 that “Long Island wines have earned their place among the top tier of American wines.”

To that point, the very best Long Island wines are said to be the best balanced. Restauranteur Mike Mraz is quoted in a 2012 Saveur article as saying of Long Island wine that “It’s not earth-driven, rustic, Old World, and it’s not the fruit bombs of the West Coast. We’re in between…Balance is a hallmark.” 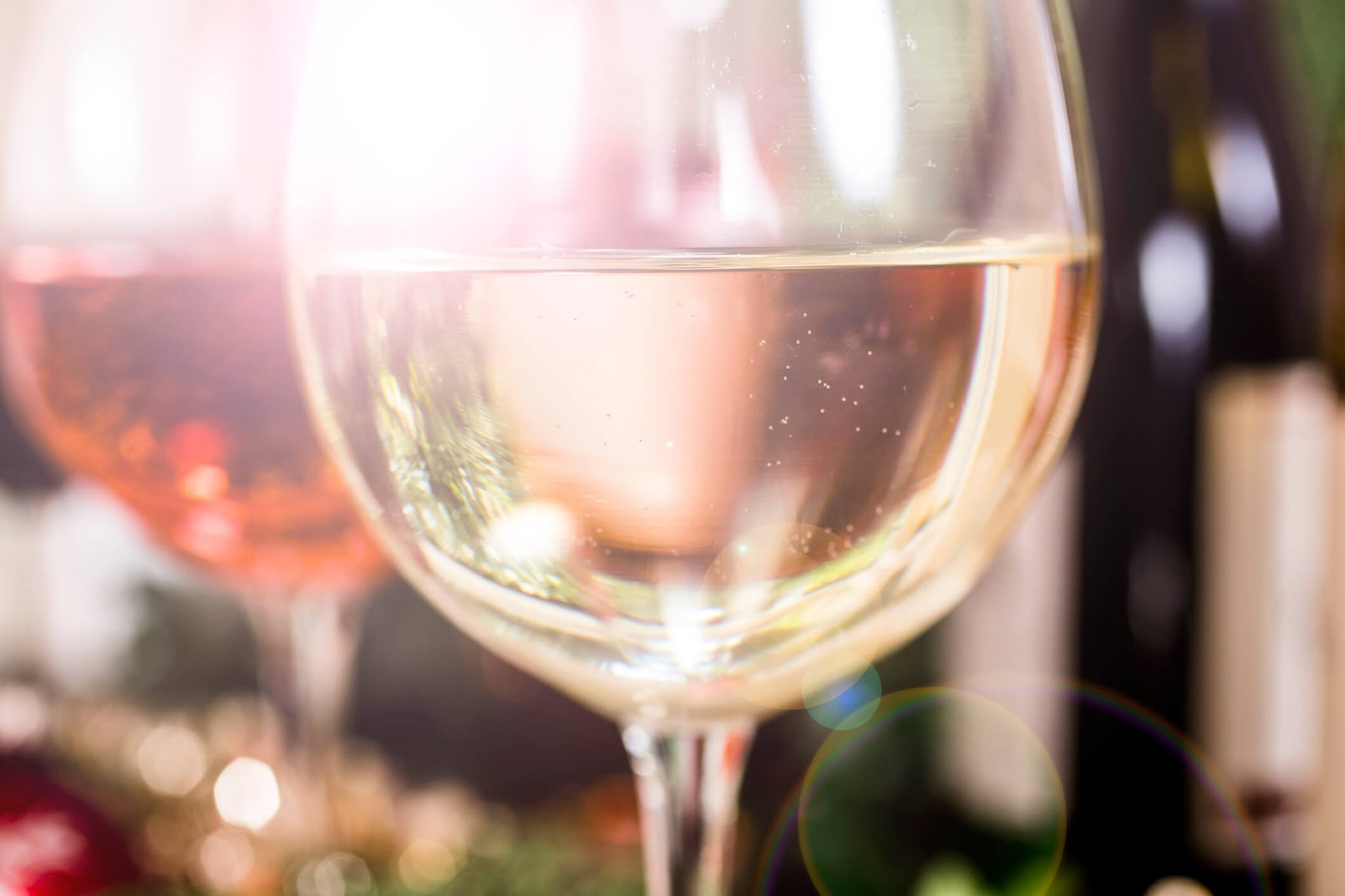 On this, I wholeheartedly agree.

However, that same Saveur article attempts to attribute the success of Long Island wines in part to the local temperatures, saying that “Sea breezes keep temperatures moderate.” Perhaps I’m just unlucky, but I’ve yet to have the sea breeze off the Great South Bay prevent the river outside my office window from transforming into solid ice…from rushing water…in the span of an afternoon. So much for ‘moderate’ temperatures courtesy of the salty air.

So, what accounts for the success, in terms of quality, of Long Island wines?

To be honest, as much as I would like to sit here and sound smart – I haven’t the faintest idea. In fact, I have yet to read or hear anything conclusive that would explain away the success of Long Island wine based purely, or even largely, on its location. This is one time where I’m going to have to defer solely to the dedication of the winemakers themselves who, obviously, have found ways to not only tailor their crops to the local maritime climate, but also to thrive in it.

Now, with all of that background and explanation out of the way, we finally come to today’s wines, courtesy of Pindar Vineyards. With the page of its website opening with a quote from the vineyard’s namesake Pindar, and being owned and operated by a Doctor named ‘Herodotus,’ let’s just say that for my half-Hellenic heart this was a stellar first impression – and I hadn’t even tasted any wine yet. 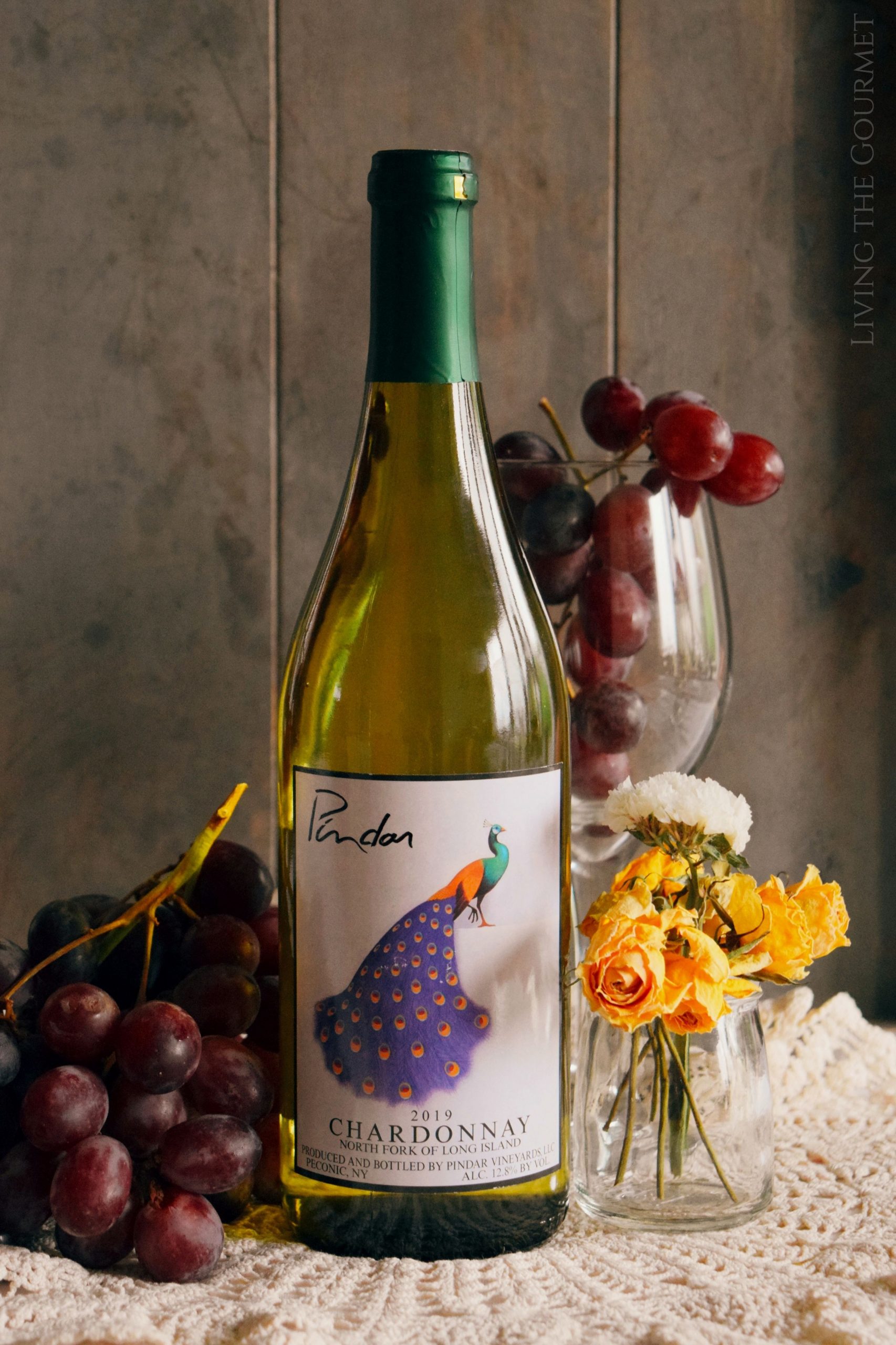 Next, we’ll be tasting their 2019 Sauvignon Blanc: 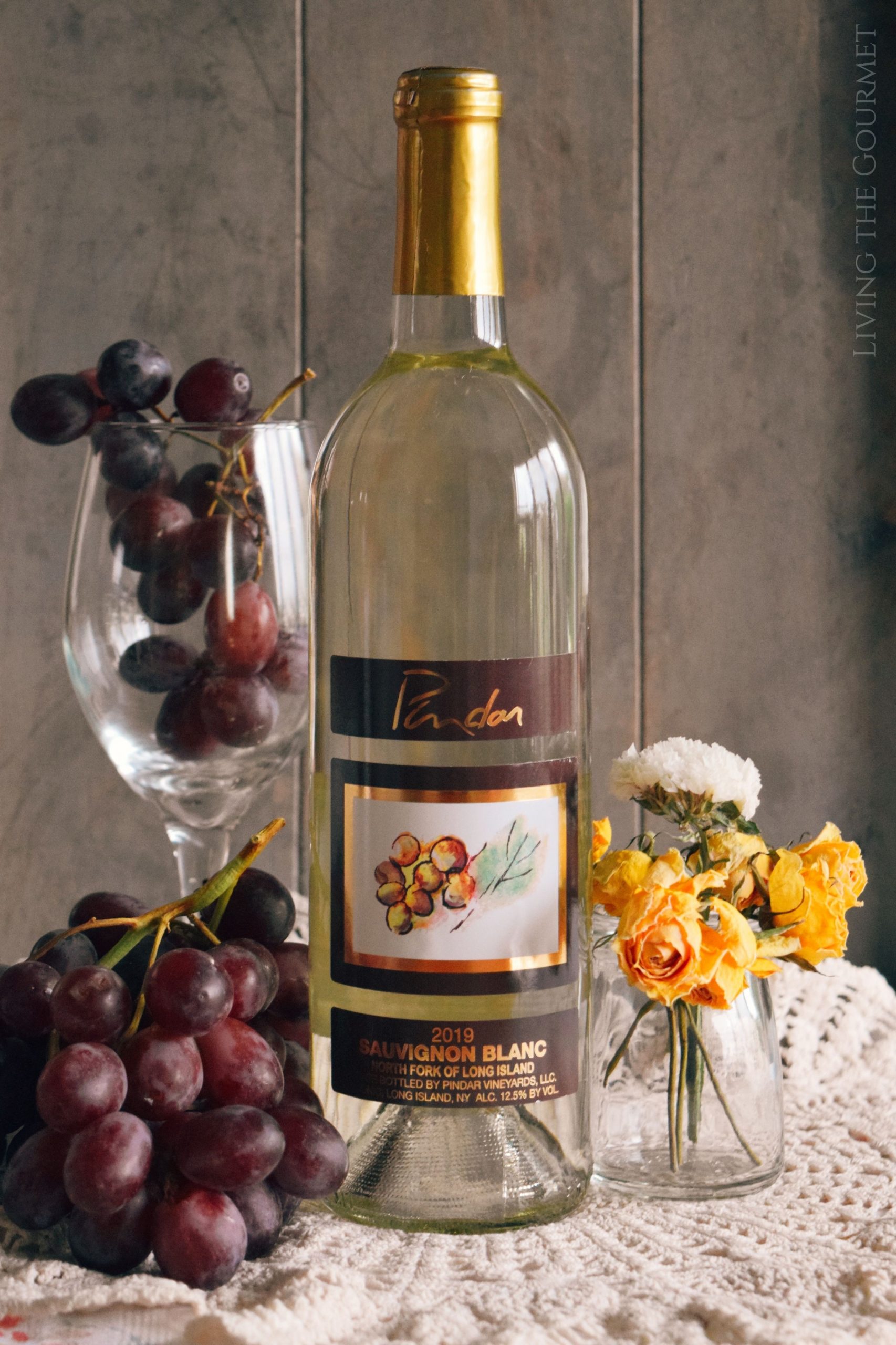 1) The 2019 Chardonnay. This wine is a particularly pleasant example of a good, characteristic chardonnay. The wine opens with aromas of lemon zest and crushed citrus wines, laced in notes of warmed butter or bread crust. Lemongrass, tropic fruit notes, and perhaps just a touch of white flowers manifest deeper into the glass. On the palate, the wine is quite thoroughly textured, carrying the tropic fruit flavors from the nose. Overall, a very decent chardonnay.

2) The 2019 Sauvignon Blanc. This introduces itself with a bouquet of white fruit essences and bright citrus notes, framed in white flowers and freshly cut grass. On the palate, the white fruit notes carry over quite nicely, largely in the form of crisp apple and pear, set against a backdrop of pleasant citrus notes. The wine is pleasantly acidic, and features a lasting finish. 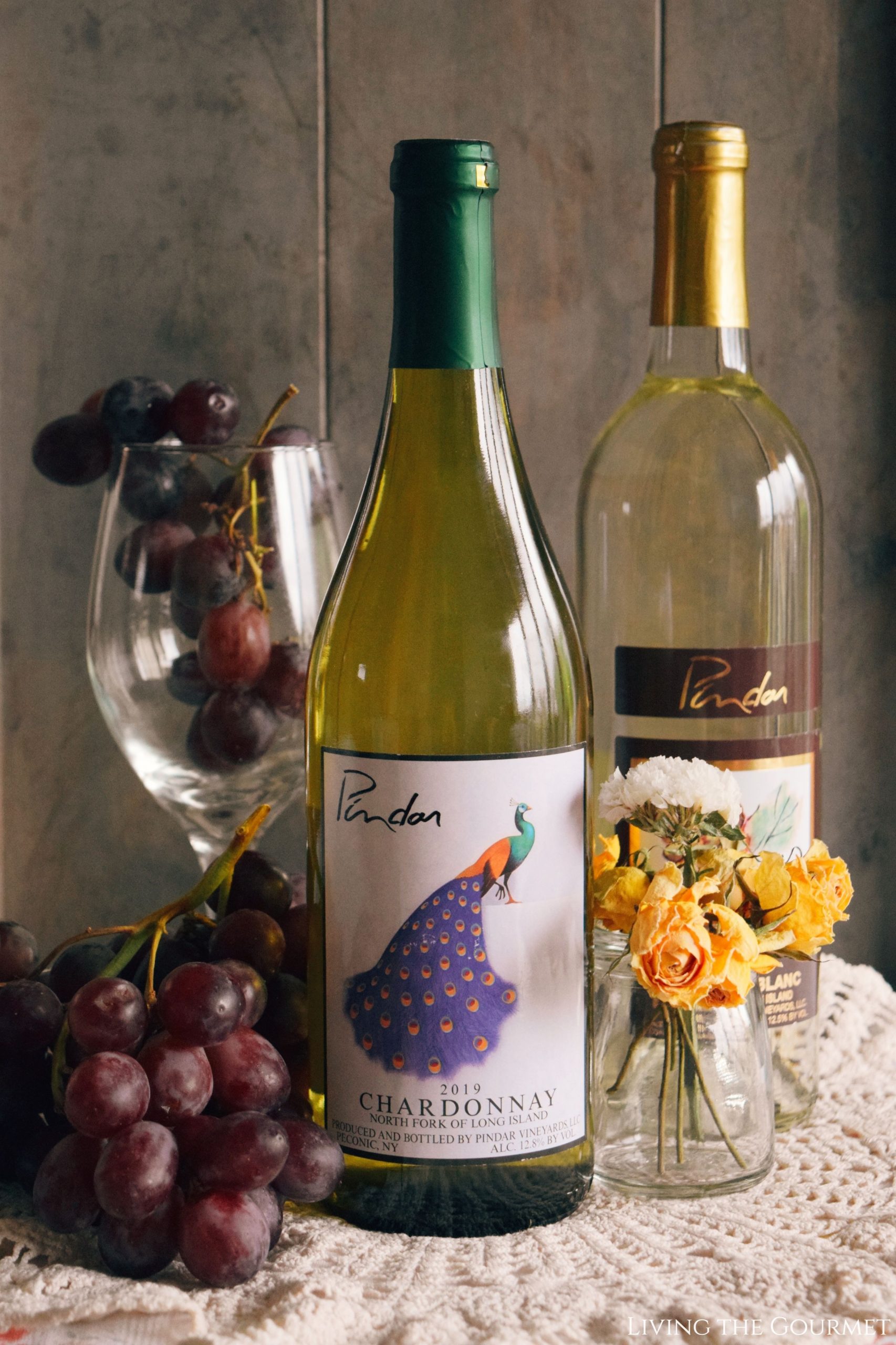 With the Sauvignon Blanc: You want light poultry and mild seafood dishes, as your ‘by-the-book’ sauvignon blanc pairings. In addition, this particular bottle would also pair excellently with something like Chicken Appetizer Meatballs paired with a Sweet Sesame Gremolata. You might also consider Cranberry and Candied Nut Phyllo Cheese Tartlets. 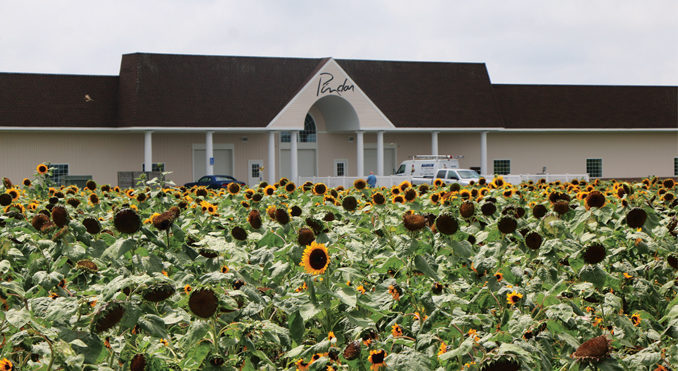