Today’s crisp is a combination of my absolute favorite autumn flavors – baked apples, pumpkin spice, and brown sugar, which meld together beautifully beneath a crisped crumb topping. 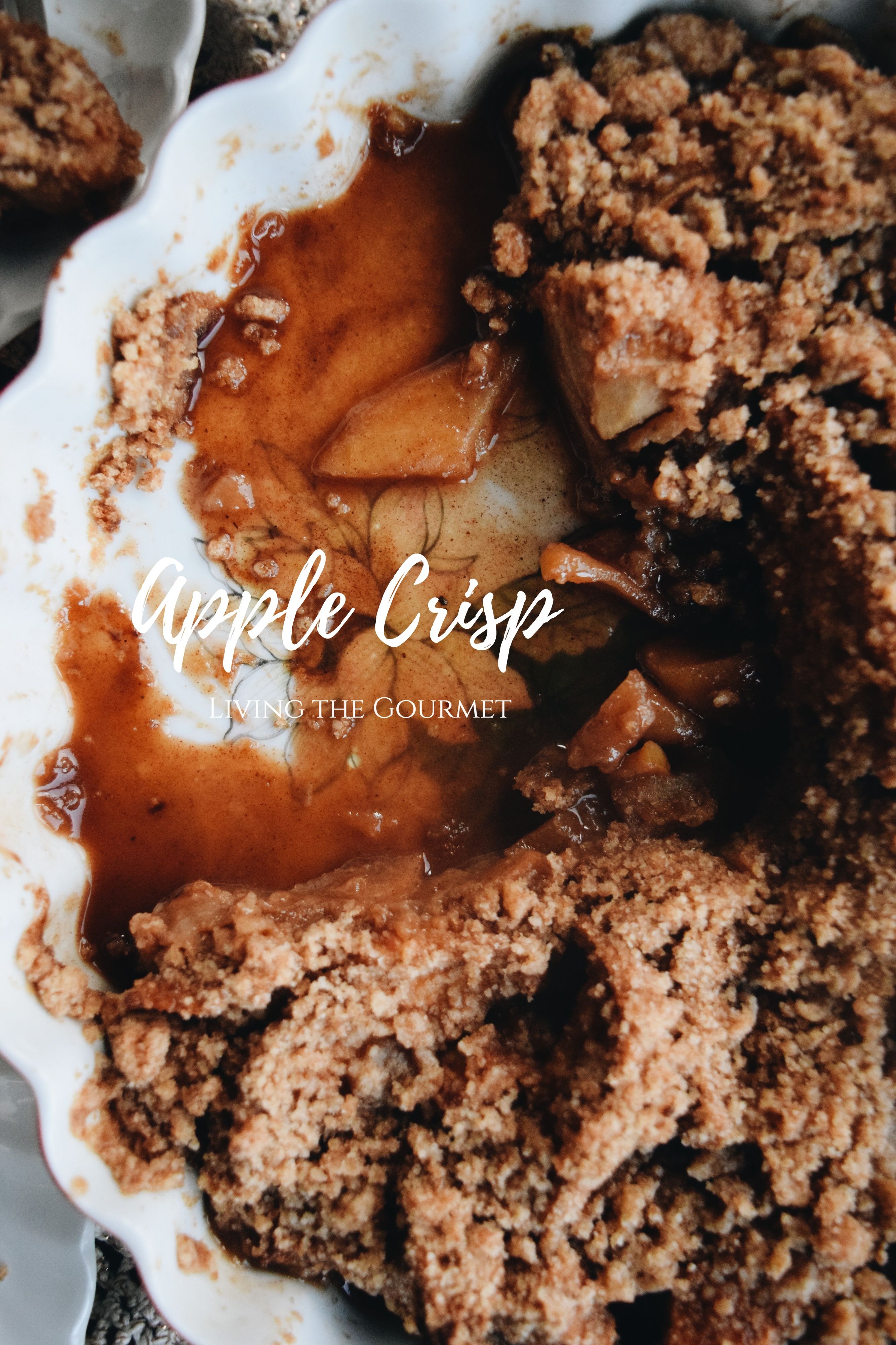 Couldn’t Be Easier. Despite its layered flavors and clashing crisp-soft texturing, today’s recipe features just eight super-basic ingredients, and a prep process that amounts to ‘cut, mix, and bake.’ As a result, this is a recipe that’s truly accessible to home chefs of all skill levels.

At Home in the Limelight. Paired with coffee and a dollop of whipped cream, today’s apple crisp is well able to form the centerpiece of a light dessert spread as the ending note to an autumn dinner party, or as the sweet bite to end off a Sunday dinner. 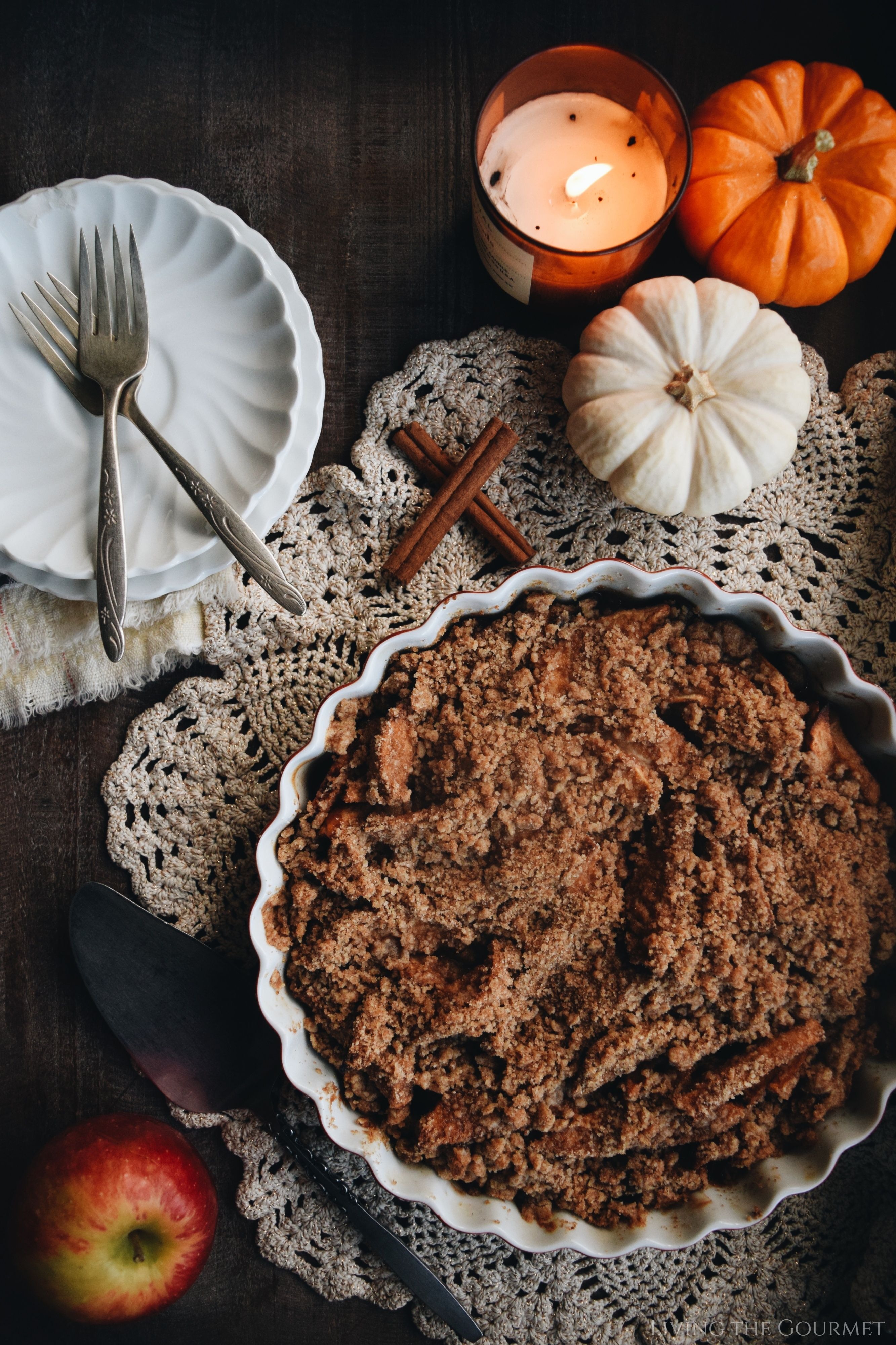 The Art of The Crisp

It Starts With Apples. Some apples are made for eating fresh on their own, others for baking, and still others for ‘both.’ Red Delicious applies, for example, given their characteristic shape, shiny red exterior, ‘thick-yet-palatable’ skin, mild sweetness, and ‘light crisp’ interior make them ideal for eating fresh, but are almost universally considered ‘subpar’ for baking. Braeburn apples, by contrast, don’t truly release their full flavor potential until they’ve have had a quick go in the oven, this trait combined with their ‘crisp-hard’ texture, makes them ideal for streusel and pie. Then we come to the famed ‘Honeycrisp’ apple whose unyieldingly ‘crisp-but-not-hard’ texture, and ‘biting-but-not-overpowering’ sweetness makes them ideal for eating fresh, like Red Delicious, but also means they are excellent for baked desserts where their flavor and texture will be ‘framed’ or ‘enhanced’ rather than overpowered – which is precisely why we’ve chosen it for today’s crisp.

The Crumb Topping. The crumb topping is what really ‘makes’ today’s recipe, it’s the primary ‘frame’ for the baked apples, and is the biggest factor in the recipe’s visual aesthetic. With that said, it’s more or less a ‘basic’ crumb topping, consisting of flour, salt, brown sugar, and butter. That said, there’s no escaping having to mix this with your hands because if you mix it in a processor you’re going to get an ‘even’ consistency, which is the opposite of the ‘crumbly’ and ‘uneven’ consistency that you’re looking for. Also, while you might be tempted to add cinnamon or nutmeg to the crumbs, you’ll want to avoid doing so since you already have that in the apple mixture, which in turn means you’ll risk overpowering the crisp as a whole. However, feel free to experiment.

The Cream. While this is probably more of a serving suggestion than commentary on the recipe itself, I just had to say that today’s recipe isn’t truly complete without either an over-generous dollop of thick whipped cream, or a side of vanilla ice cream, which really helps bring out the ‘rustic’ qualities of the crisp and heighten the ice cream itself. 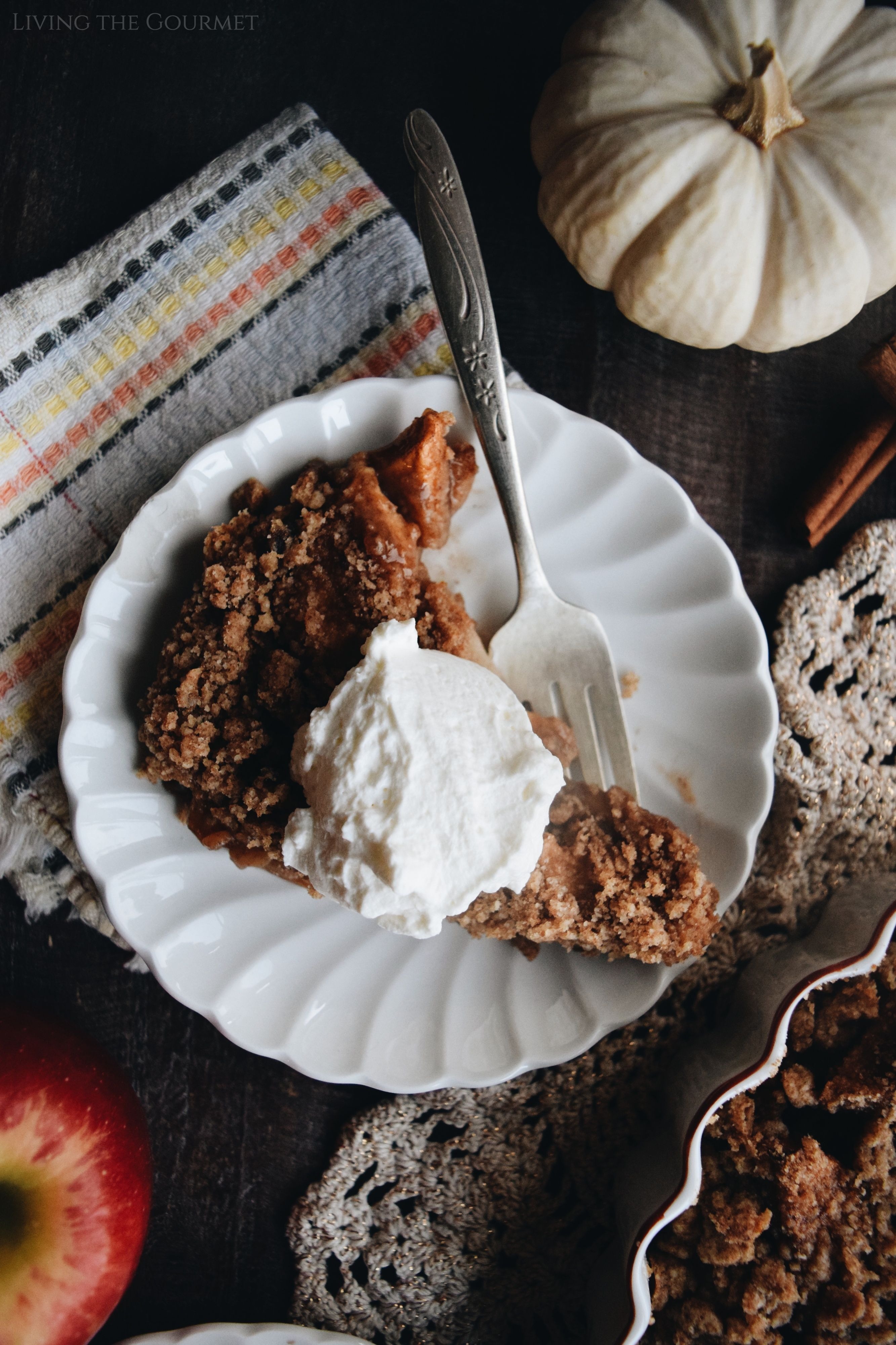 4) No Churn Homemade Vanilla Ice Cream. I mentioned vanilla ice cream a few times today, and so let me take this opportunity to say that making your own ice cream is way easier than you might think, and requires no special equipment. That said, my base recipe for vanilla ice cream is the perfect canvas for experiment with all your favorite flavors and mix ins. 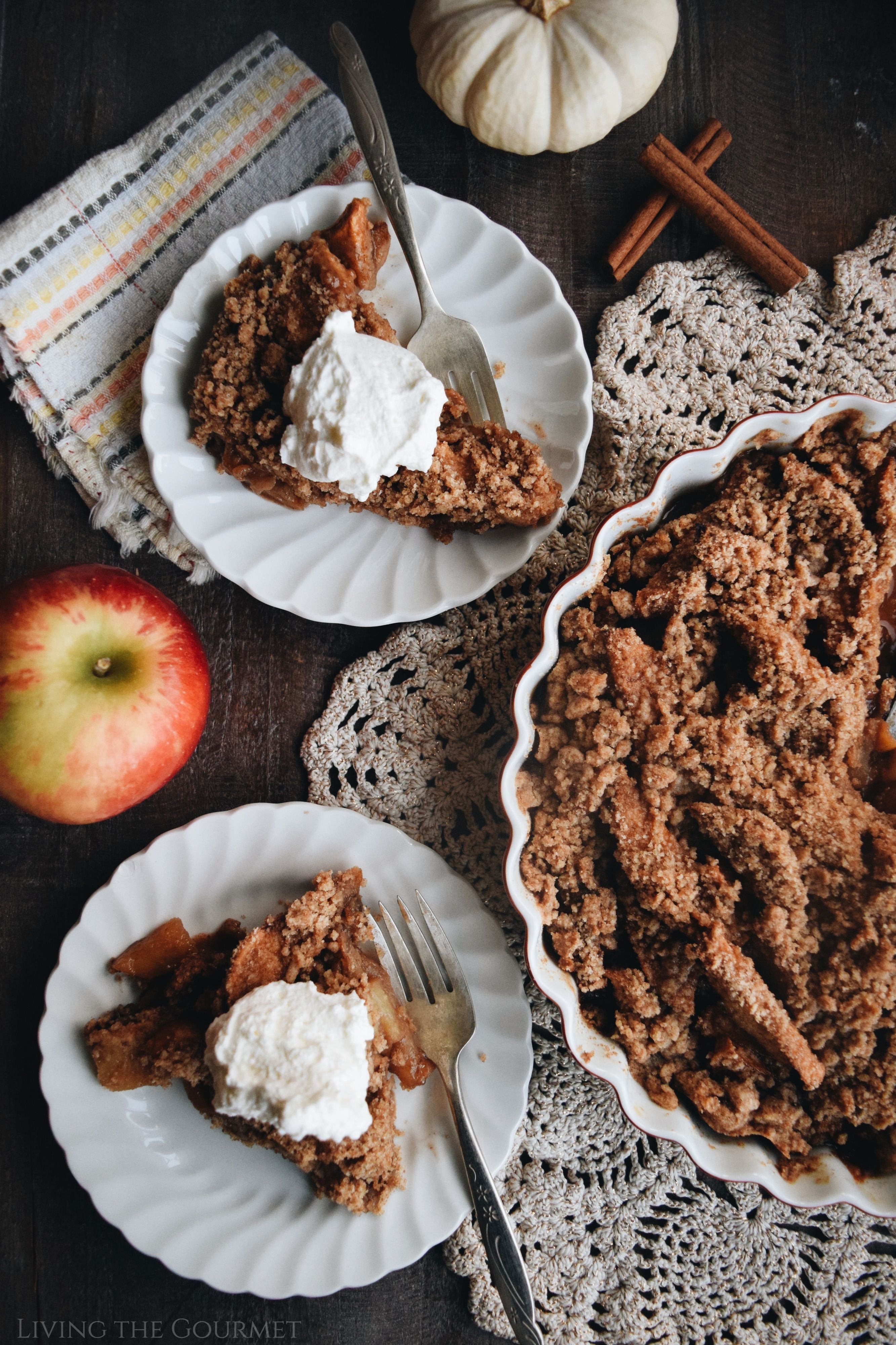 For the apples:
For the topping: 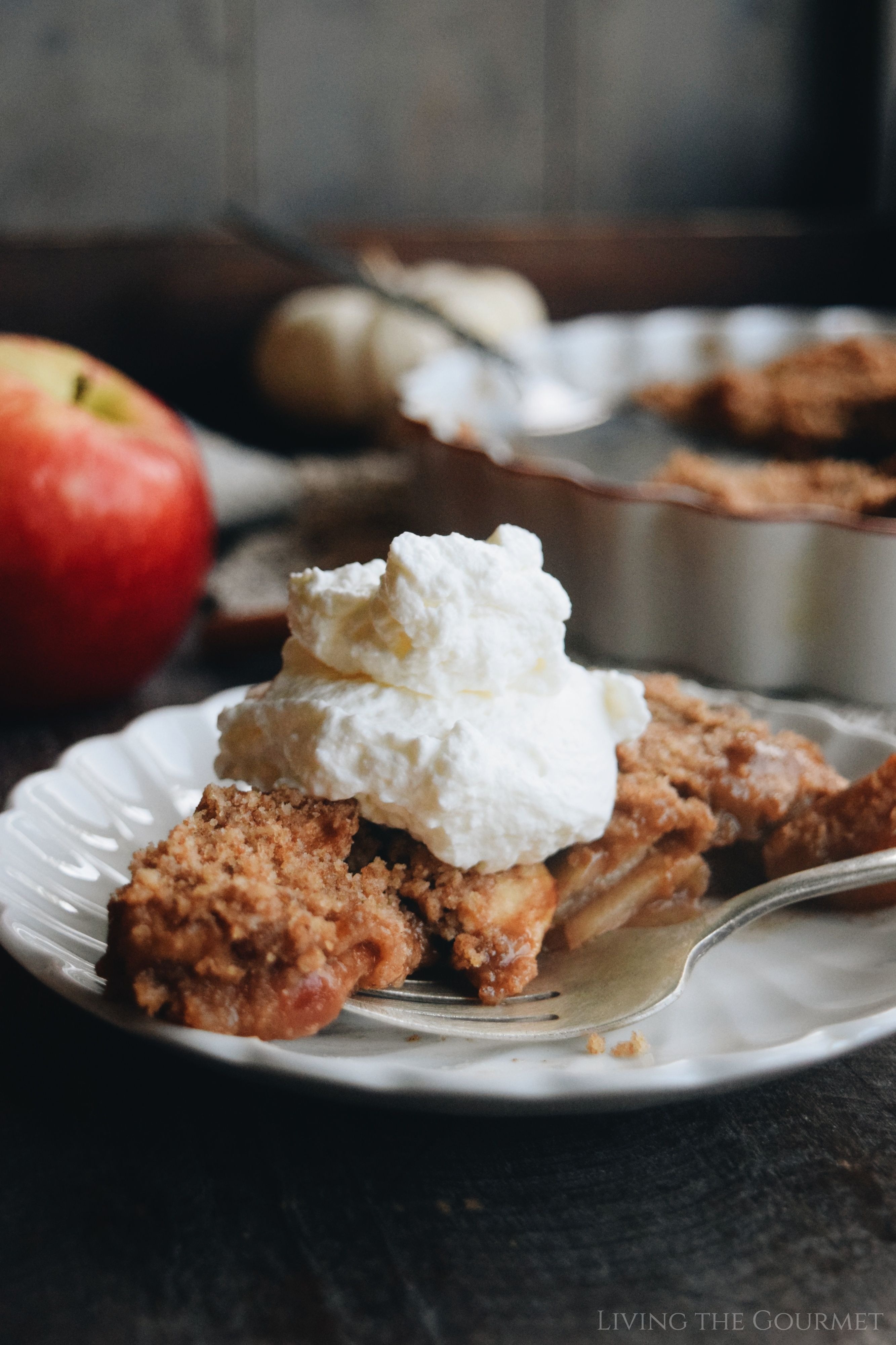