Nothing is quite as comforting as warm apples spiced with cinnamon and sugar; such never goes out of style or season. So enjoy life’s small pleasures and savor a slice of this Apple Cinnamon Bundt drizzled in white chocolate. 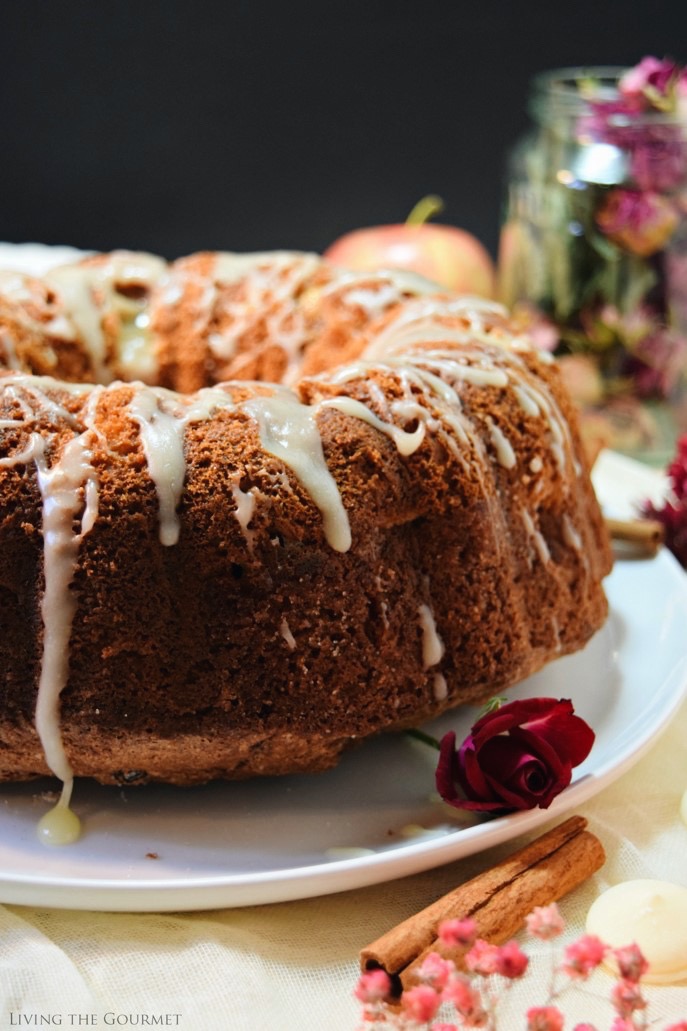 “Enjoy the little things in life, for one day you may look back and realize they were the big things.” – Robert Brault

These words speak to me. Perhaps it is because I have seen how quickly life can change. How something we have grown accustomed to – something we have taken for granted, can be gone the next day without a trace remaining.

Those experiences have taught to me to savor and delight in life’s small pleasures.

Take for instance this cake.

There is something satisfying about having cake in the early morning hours, when the world outside is quiet and still; served alongside a fresh cup of coffee and shared with someone you love, over girl talk.

I believe each morning that begins this way is destined to be a good day. If only we could allow ourselves such indulgences more often. 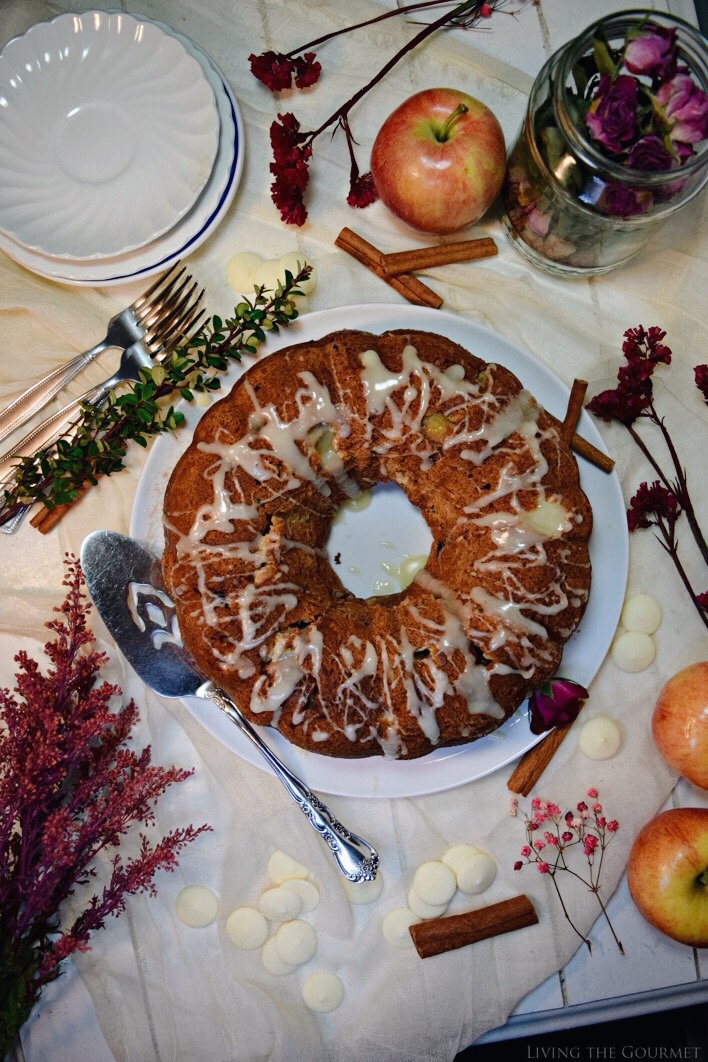 Our theme for this month’s #BundtBakers is cinnamon.

Some either like it or hate it, I find, but I personally love both the taste and warm scent of cinnamon.

I was very pleased when our hostess, Lauren of Sew You Think You Can Cook, revealed February’s theme.

If you have never been to Lauren’s site please take a moment to stop by. We’ve been following her for quite some time and I always enjoy catching up with her on BB’s reveal day. She never disappoints!

Thank you Lauren, for being such a gracious host…we thoroughly enjoyed baking with you this month! 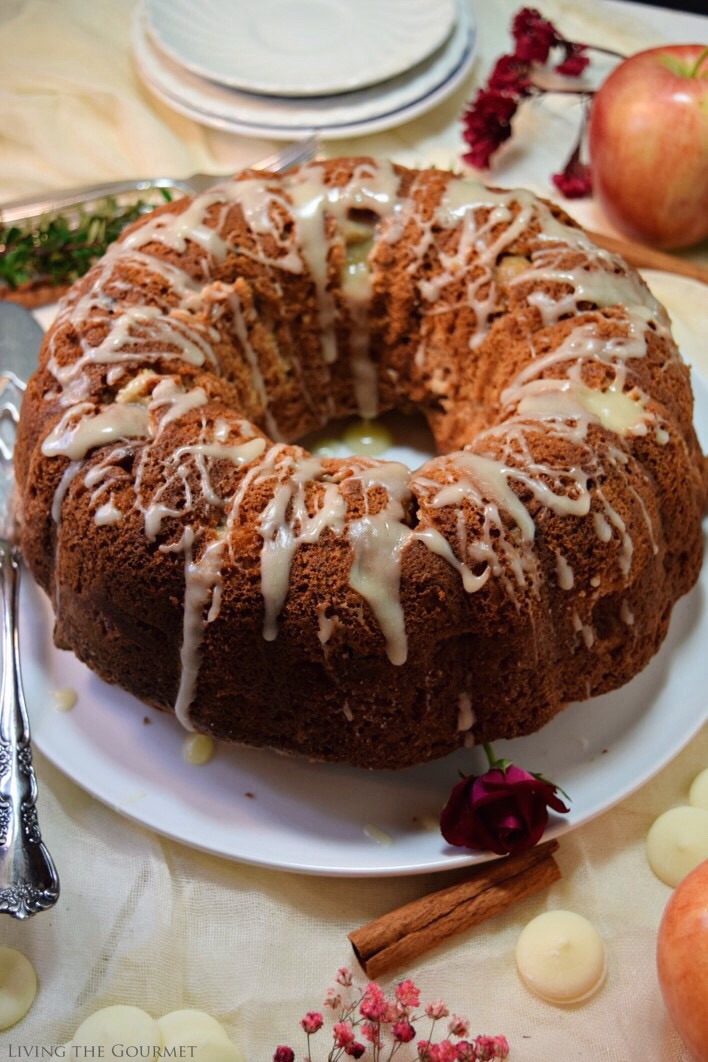 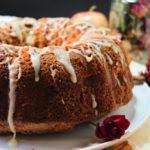 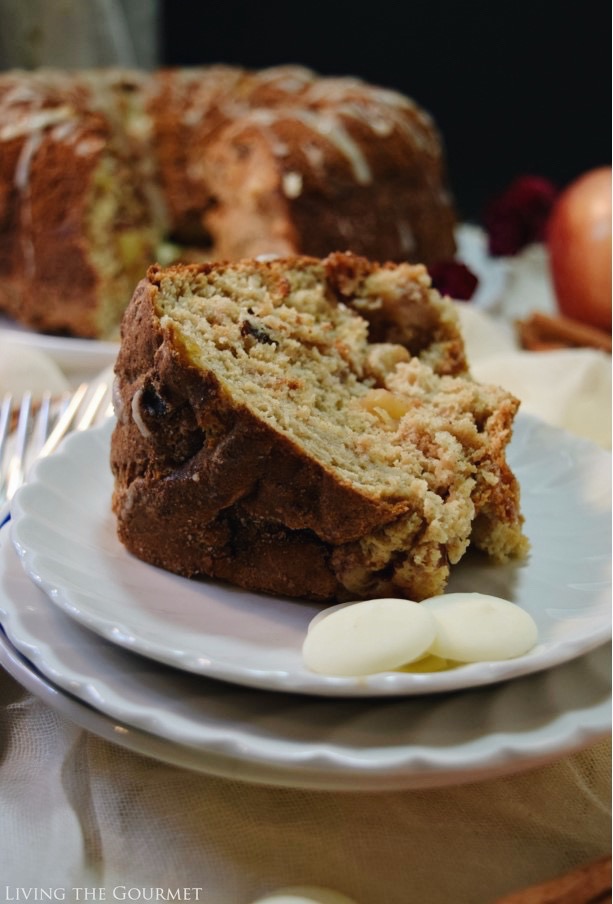 You can see all our of lovely Bundts by following our Pinterest board. Updated links for all of our past events and more information about #BundtBakers, can be found on our home page.

And don’t forget to take a peek at what other talented bakers have baked this month:

Now if you want in on a little secret, this bundt was so nice, I baked it twice!

I hope you enjoy it as well…in fact, I know you will.

Please take a look at the rest of this month’s #BundtBakers. There are so many beautiful cakes this month and I am excited to share them all with you.

Also check out this wonderful and informative article on the benefits of cinnamon!