Today we’re preparing a seasonal take on a beloved classic – Pumpkin Lasagna. Combining the layered cheese and sauce of a traditional lasagna with autumn flavors like cinnamon and nutmeg, along with pureed pumpkin to create a delicious, warming, and festive lasagna the entire family will love. 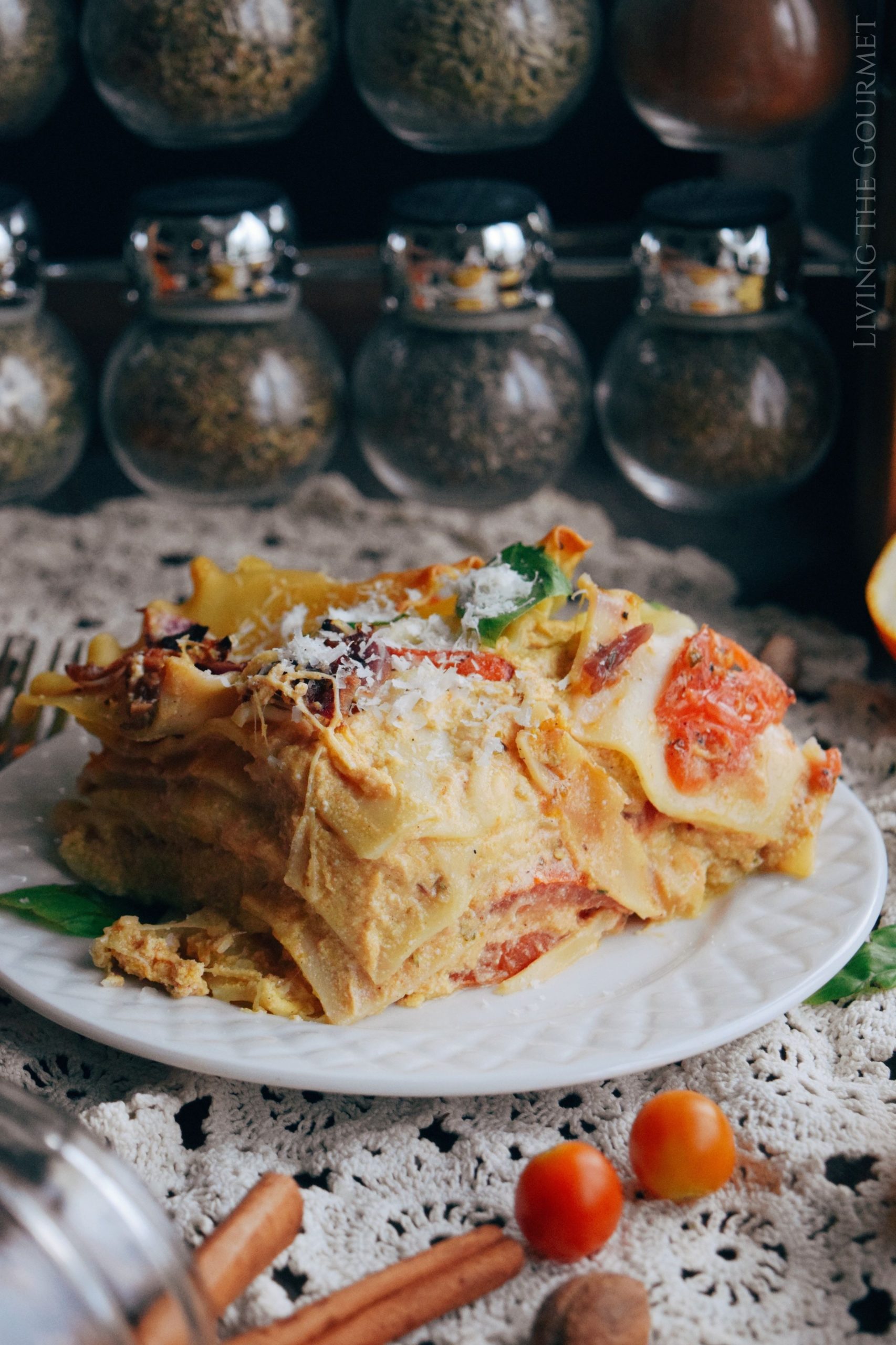 1) Super Seasonal. Nothing quite screams ‘autumn’ like pumpkin spice. There’s just something so warming about the mix of cinnamon, nutmeg, and pumpkin that can’t really quite be replicated. Yet, I also love lasagna. So, why not a pumpkin lasagna?

2) Flavor the Entire Family Will Love. Lasagna is definitely one of the most universal crowd-pleasing recipes. Today’s lasagna is no exception to that rule. On the contrary, the slightly ‘sweet’ flavor of the pumpkin mixture, taken together with the savory notes of the sauce, means this lasagna has something for everyone at the table.

3) Delicious Leftovers. The story with most of leftovers is that they either ‘taste decent’ or are something to be ‘endured.’ Very rarely are leftovers ‘as good’ or ‘better’ than before they were leftovers. Some sauces, for example, only get better as the flavors are allowed to meld, ditto certain chili recipes, and certain pasta dishes. Today’s lasagna really ‘does’ taste great for the next few nights, and I promise that you and your family won’t mind one bit having this lasagna leftover. 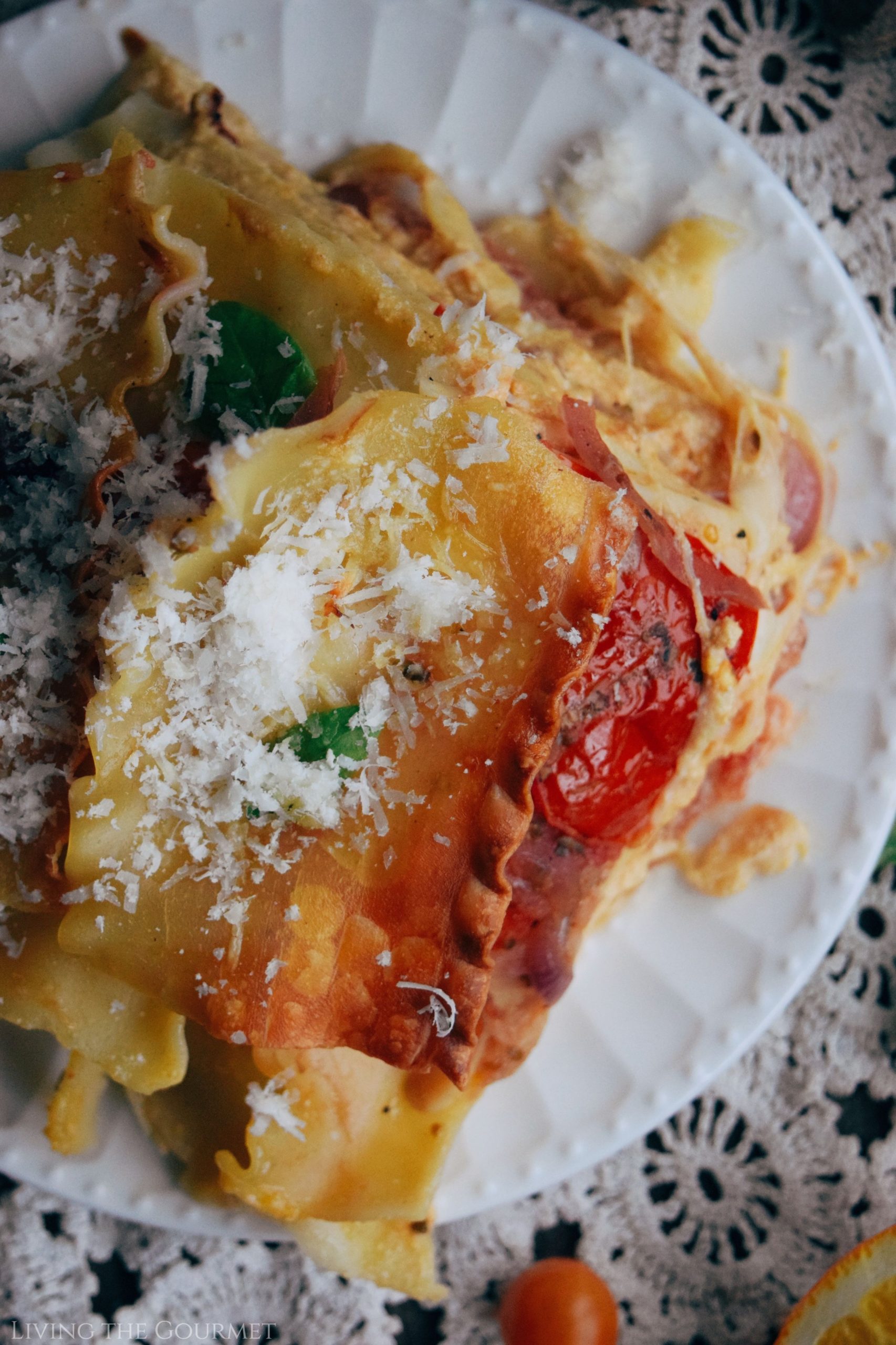 1) Ricotta – A Gift from the Ancients. One of the oldest cheeses in the world, ricotta has been produced in Italy since around 2500 BC. While we tend to think of ricotta purely as that creamy cheese that melts beautifully in things like stuffed shells and lasagna, ricotta also comes in smoked, aged, salted, and baked varieties. Produced from whey, ricotta is made from a variety of milks, including from sheep, goats, and Italian water buffalos. However, in the US, ricotta is produced almost exclusively from cow’s milk. This naturally results in Italian ricotta being both naturally sweeter and somewhat less moist than its American counterpart.

Strain It: We’ll be pressing the ricotta through a wire strainer. Fair warning, this is a tedious process, but the payoff in my opinion is well worth it, since it gives the ricotta a nice creamy and airy texture, which plays beautifully in the finished product. Note that you’ll need a fairly ‘fine’ wire strainer for this process.

If You Don’t Have a Wire Strainer: Don’t worry about it, the straining is a ‘plus’ rather than a ‘must.’

2) The Garlic – Fresh is a Must Here. We want the ‘whole’ flavor of the garlic, and we especially want the ‘garlic juice’ to seep out and spread through the lasagna. To that point, garlic powder, or dried garlic chunks, simply won’t do. With that said, not only will garlic powder not provide the ‘juice’ or ‘oils’ that fresh garlic does, it also tends to be a fair bit milder, while also packing ‘herbal’ and ‘earthy’ notes that simply don’t meld as well with the flavor profile of today’s lasagna. Also, we’ll be using ‘a lot’ of garlic in today’s lasagna, and after a certain point, powdered garlic simply diminishing returns, and never quite ‘tastes right’ in larger quantities.

1) Achieving Peek Pumpkin. The sad truth is that ‘pumpkin flavor’ is the flavor of ‘bland squash.’ In fact, within the squash family there are a range of items that are not only ‘more’ flavorful on their own, but that are in fact ‘sweeter’ as well, such as butternut squash, spaghetti squash, and delicata. So, why do we – especially in America – have this love affair with pumpkins, when so many of its readily available cousins taste better? The answer really is quite simple – because pumpkins are cute. Nevertheless, that does leave us with one big question when it comes to pumpkin flavor – is our love affair with pumpkins really about the pumpkins, or are we in love with ‘pumpkin spice?’ Almost certainly the latter. Thus, ‘how’ to achieve pumpkin in the absence of…well, of pumpkins having any real flavor of their own? In sweet recipes, pumpkin is melded and accentuated by things like sugar, cinnamon, ginger, allspice, and nutmeg, which give us recipes like the beloved pumpkin spice latte and pumpkin pie. In savory recipes, the story is much the same – such as in pumpkin soups and today’s pumpkin lasagna. Umami flavors play quite well with pumpkin, as with other squash-based recipes, where the base flavor of the pumpkin is accentuated into the flavor we recognize and love things like pumpkin soup and savory pumpkin muffins – or as in today’s lasagna. So, in that regard, it might be best to think of pumpkin not really as a ‘flavor’ unto itself, but rather as a base ingredient that’s molded and shaped by the ingredients added to it. 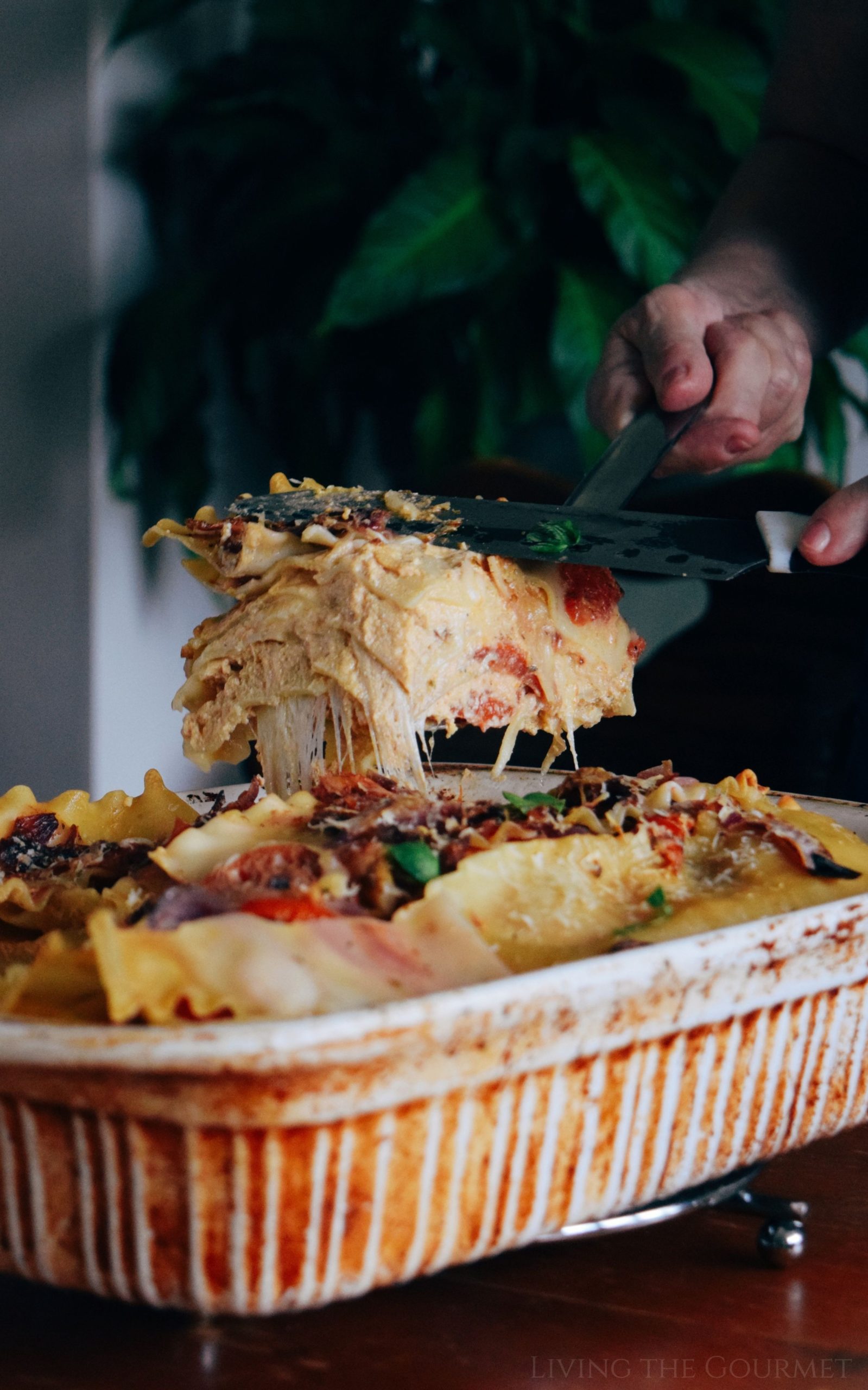 2) Canned Pumpkin vs Pureed vs Fresh vs Pumpkin Pie Filling. Very simply, canned pumpkin is pumpkin and nothing more. It’s intended largely as a stand in for ‘fresh,’ saving you the need of slicing up a pumpkin and then processing it on your own. This is especially useful for ingredients where you don’t want chunks of pumpkin, but rather a smooth, evenly processed ‘filling’ or ‘puree’ – as in today’s lasagna. Pumpkin puree is the same thing, sans the labeling difference. In something like a soup or stew, where whole chunks of pumpkin are preferable, you’ll want to go through the extra effort of handling a whole fresh pumpkin. By contrast, pumpkin pie filling is pureed pumpkin to which things like cinnamon, cloves, nutmeg, ginger have been added, along with brown sugar, and possibly white sugar.

3) Pumpkin Spice? Pumpkin spice is the stuff autumn dreams are made of…what? I’m serious. This little spice mix is simply meant to encapsulate the flavor of pumpkin pie. The star ingredients of this mix are by no means set in stone, and can vary quite widely, but generally include some mix of cinnamon, ginger, cloves, nutmeg, brown sugar, and allspice. If that sounds familiar, you’ve probably indulged in British ‘Pudding Spice’ at one point or another, also known as ‘Mixed Spice,’ the traditional recipe for which is almost identical to the most popular incarnations of American Pumpkin Spice. 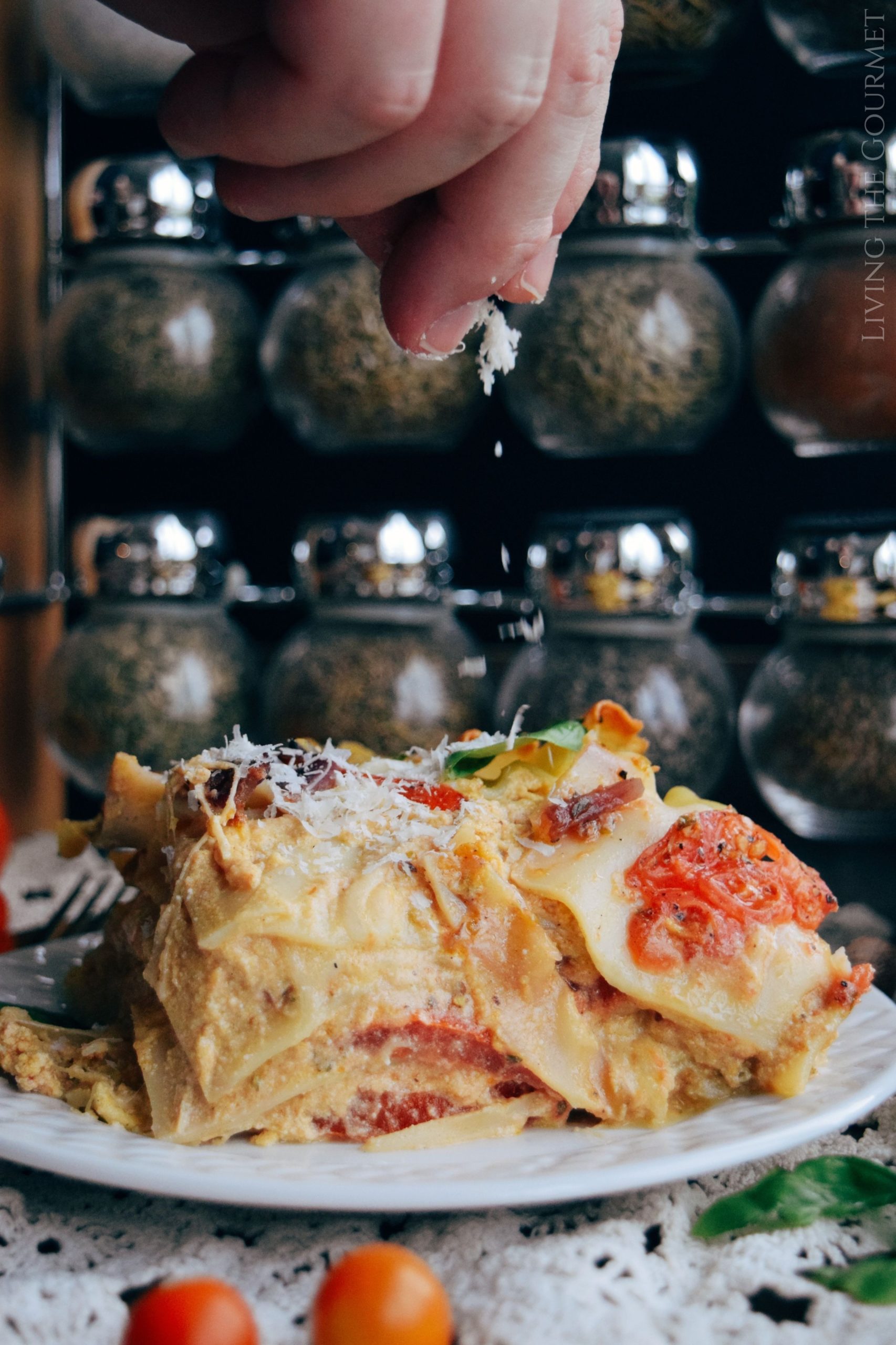 1) Homemade Pumpkin Spice. Containing just four simple ingredients, pumpkin spice is one of the easiest things to prepare for yourself, and it goes great in everything from breads to coffee to pancakes. 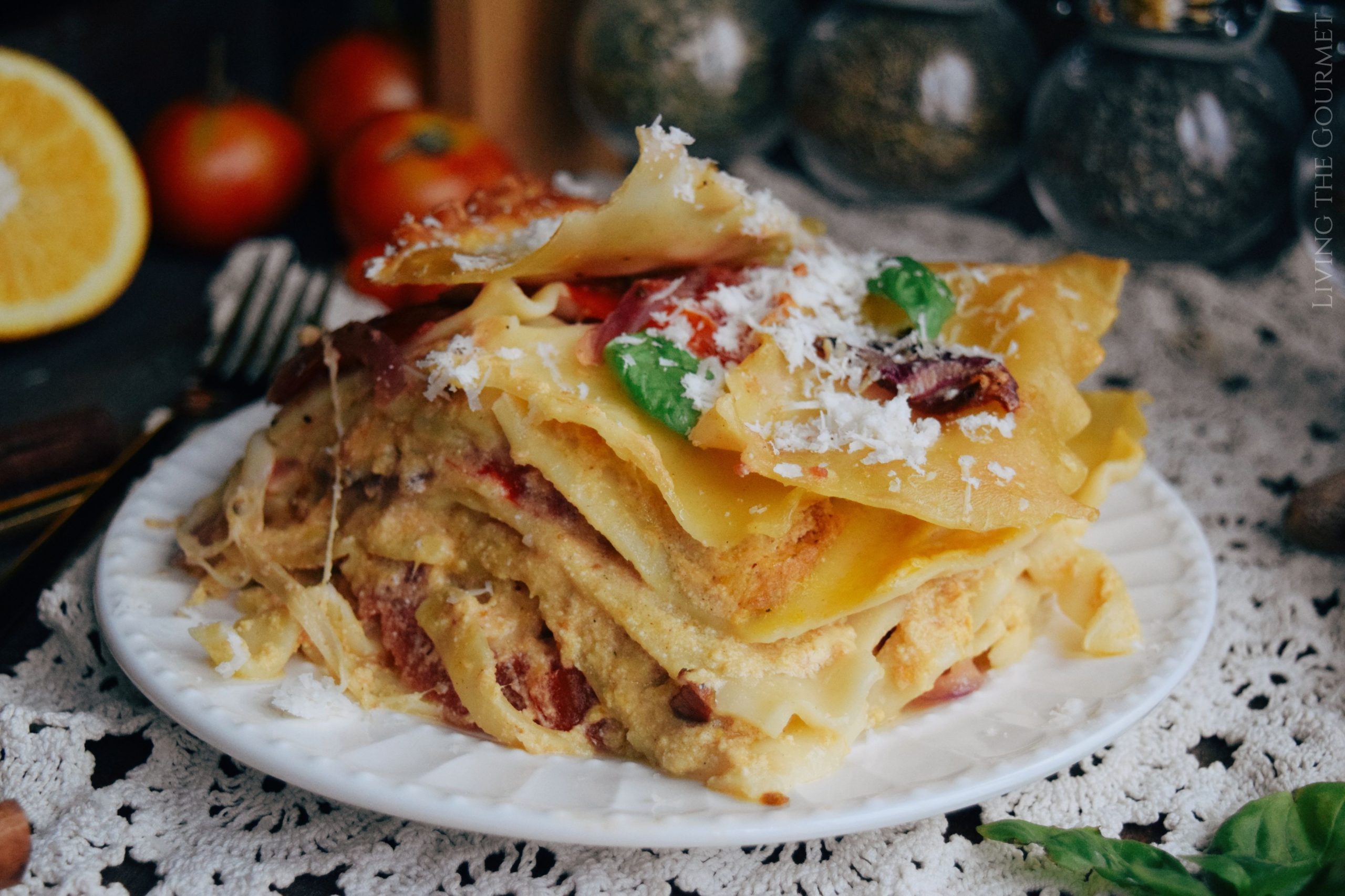 For the Ricotta Cheese Mixture:

For the Ricotta Cheese Mixture: 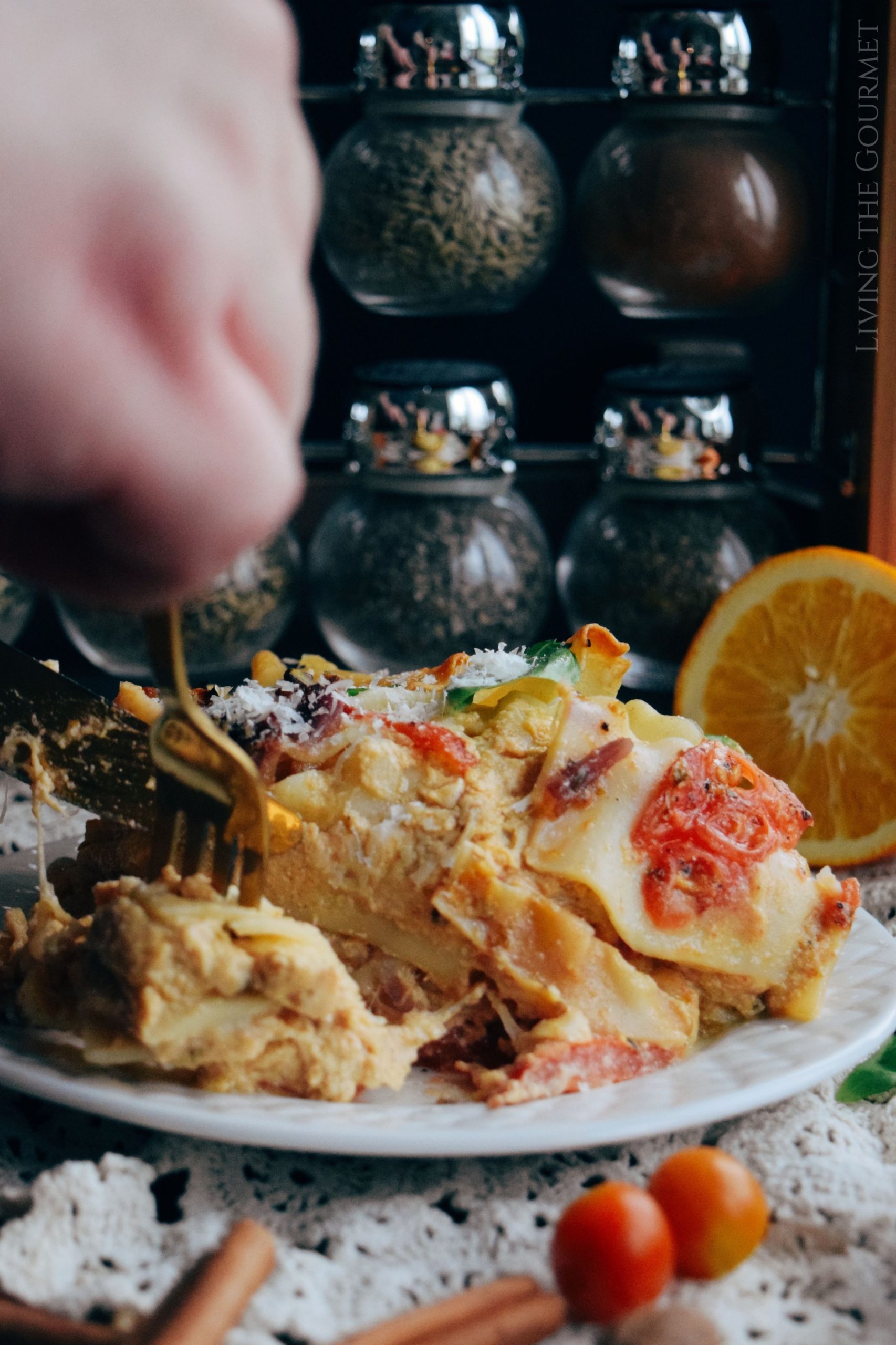