I initially resolved against writing about my situation here in New York, the US epicenter of the coronavirus. In part, despite working in the ‘look at me’ influencer industry, I didn’t want to seem like I was trying to ‘gain attention’ off the virus, or to garner some sort of ‘virus limelight.’ I also simply don’t like ‘sounding negative,’ it’s simply not something I feel comfortable doing.

However, I decided yesterday that to continue posting a normal line of content without ‘any’ word of how I’m doing, or how things are here, would be jarring at best and off-putting at worst. 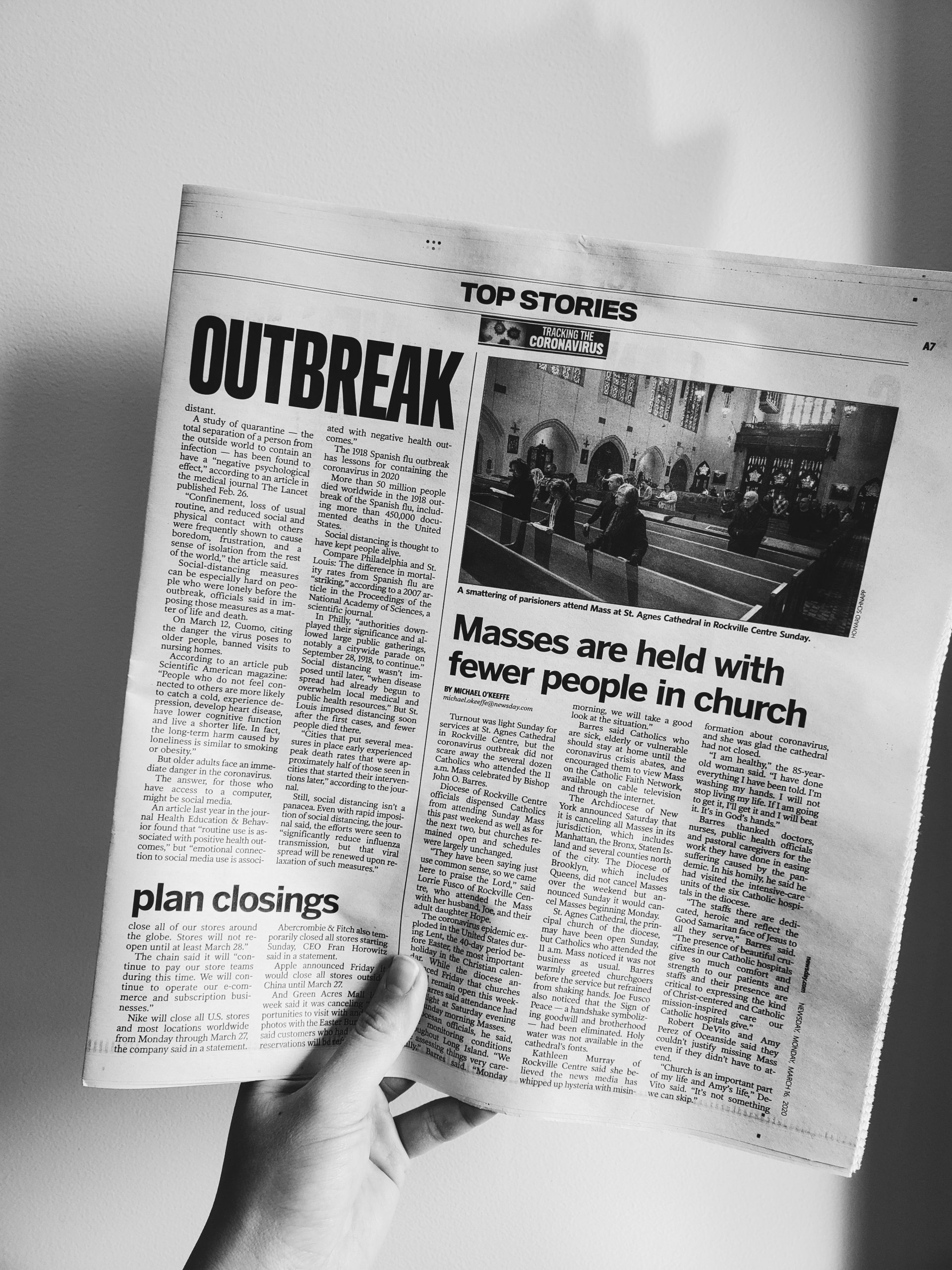 For context, Living the Gourmet is based Amityville, New York. To the west, our neighboring county, Nassau, has just recently been named a hot spot for the virus. Further west of us is New York City – the national hot spot for the virus. To our south is the ocean, while to our north lies the sound. Geographically speaking, things have looked better.

That said, I’ve lived through no less than several versions of Armageddon, each of varying degrees of severity. I have vivid memories of Y2K, when it was predicated that planes would – literally – fall from the sky, and that virtually anything electronic would simply cease to function. I’ve watched Swine Flu make New York one of its epicenters, and the breathless coverage given to a lone subway rider who very nearly brought Ebola to New York City after he decided on taking a several borough tour – in one night – while infected with the disease. In between, a non-epidemic natural catastrophe saw me lose my home to a once-in-a-century superstorm, while a man-made catastrophe gave me the sorrowful distinction of being a member of the last generation to remember the pre-9/11 New York skyline from more than pictures.

Yet, through all of that, I was only rarely ‘frightened,’ and never once did I panic. Nor do I ever remember anyone attempting to ‘convince’ me to be frightened or panicked. Just the opposite.

In the lead up to Superstorm Sandy, I can still recall tough-guy radio announcers, and the governor himself, saying things along the lines of “We’re preparing for the worst, hoping for the best, and confident we’ll get through this no matter what. We’re New Yorkers, it’s what we do.” 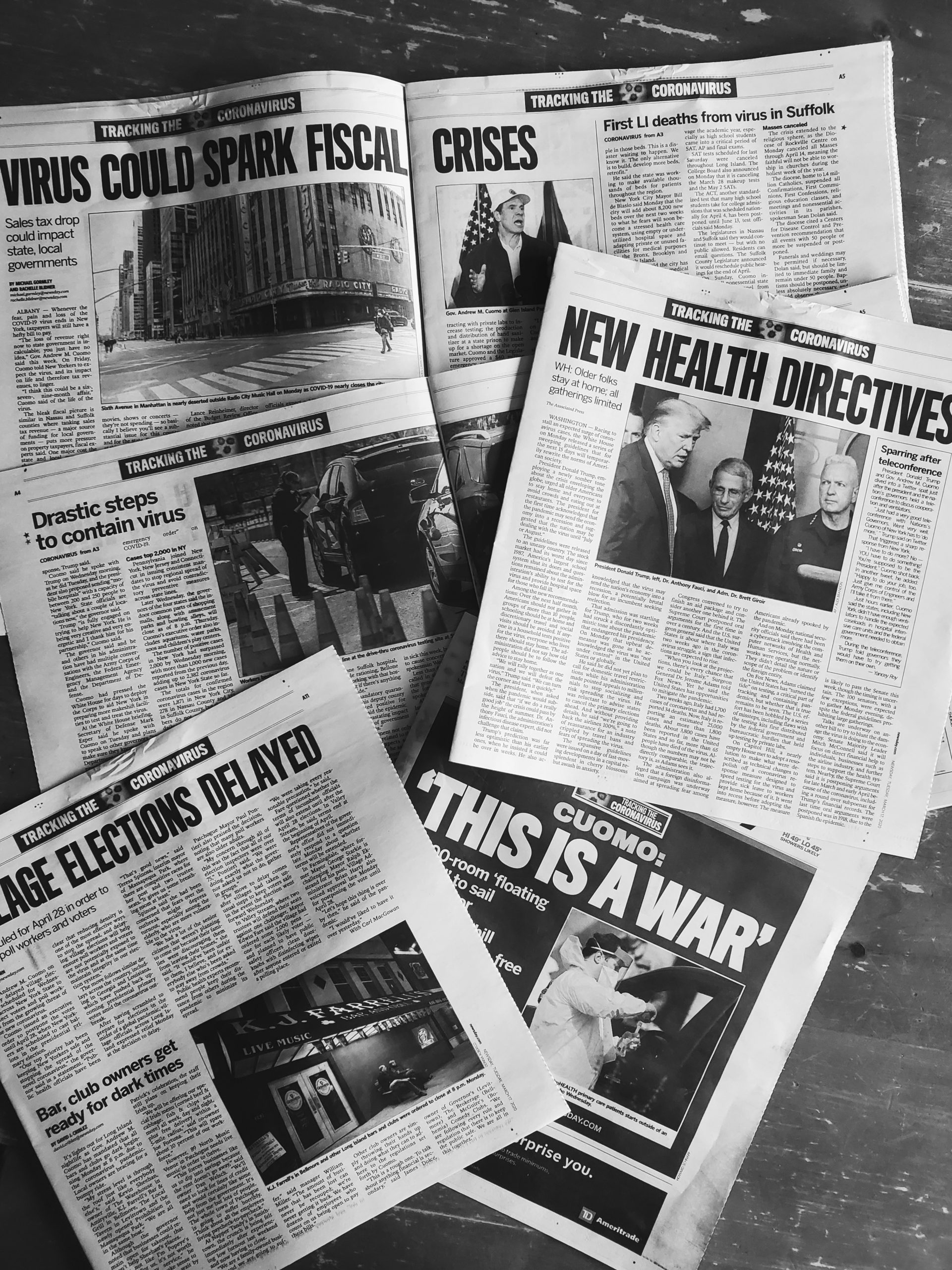 While some of that sentiment persists, for the first time in my life there is palpable panic on the air, an infectious psychological-miasma carried on buzzwords like “social distancing,” “community spread,” and “self-quarantine,” while voices blare over the radio paradoxically condemning things like “panic buying” and “hoarding.” Meanwhile reports of supermarket brawls and price gouging make it sound as though the world beyond my front door is descending into an ever-deepening imitation of ‘Mad Max.’ In fact, as I write this, I’m listening to a commentator tell me that the US as we know it will end unless the country shuts down for a month Italian style. This morning, our governor announced that he is effectively shutting down the state, with California and Illinois following suit.

However, hearing about these things and seeing them for myself proved to be two entirely different experiences. It’s easy to block out radio-hype as ‘bucking for ratings’ or ‘media hysteria,’ or to simply favor one set of ‘alternative facts’ over another. “After all,” I rationalize, “Hong Kong and Taiwan are already returning to normal, or so the radio tells me, and cases are already evening out in China and South Korea.” Yet, driving the streets yesterday afternoon, on my way to the supermarket, left me wondering if I had awoken that morning into a ghost town. Scarcely a single vehicle was to be seen on any of the highway’s six lanes, apart from the occasional truck. Similarly, the locally famous ‘Amityville Triangle,’ a quaint intersection formed from renovated colonial-era buildings, which is typically teeming with people visiting the for-tourist shops, was eerily vacant.

As if I were the last to get the memo of an impending apocalypse whose terrible effects can only be mitigated by grabbing armfuls of goods from store shelves, I arrived at my local supermarket only to find it barren. The cases of the meat department were simply empty – containing not a single chop, steak, or chicken (whole or otherwise). The bread and baked goods section featured a few stray packs of English muffins and white bread, while the canned goods aisle positively echoed. In the freezer department barely a pack of peas or tub of ice cream was to be found. Meanwhile, a tired looking manager stood guard over a singular ‘pyramid’ of toilet paper, on top of which was planted a sign that read “Strictly One Per Customer” in big black letters.

Despite this, local authorities here in New York assure us that there are ‘no real shortages’ – and I believe them. Instead, we’re being told that people are so very panicked that they are simply buying ‘things’ faster than ‘things’ can be restocked, and that they are doing so in anticipation of a coming viral calamity – a calamity that may or may not actually materialize. Listening to the radio here for even any length of time makes that assertion not merely ‘believable’ but ‘expected.’

And that’s how we are at Living the Gourmet in New York, caught between two viral hotspots, and left to simply ‘wait and see.’ 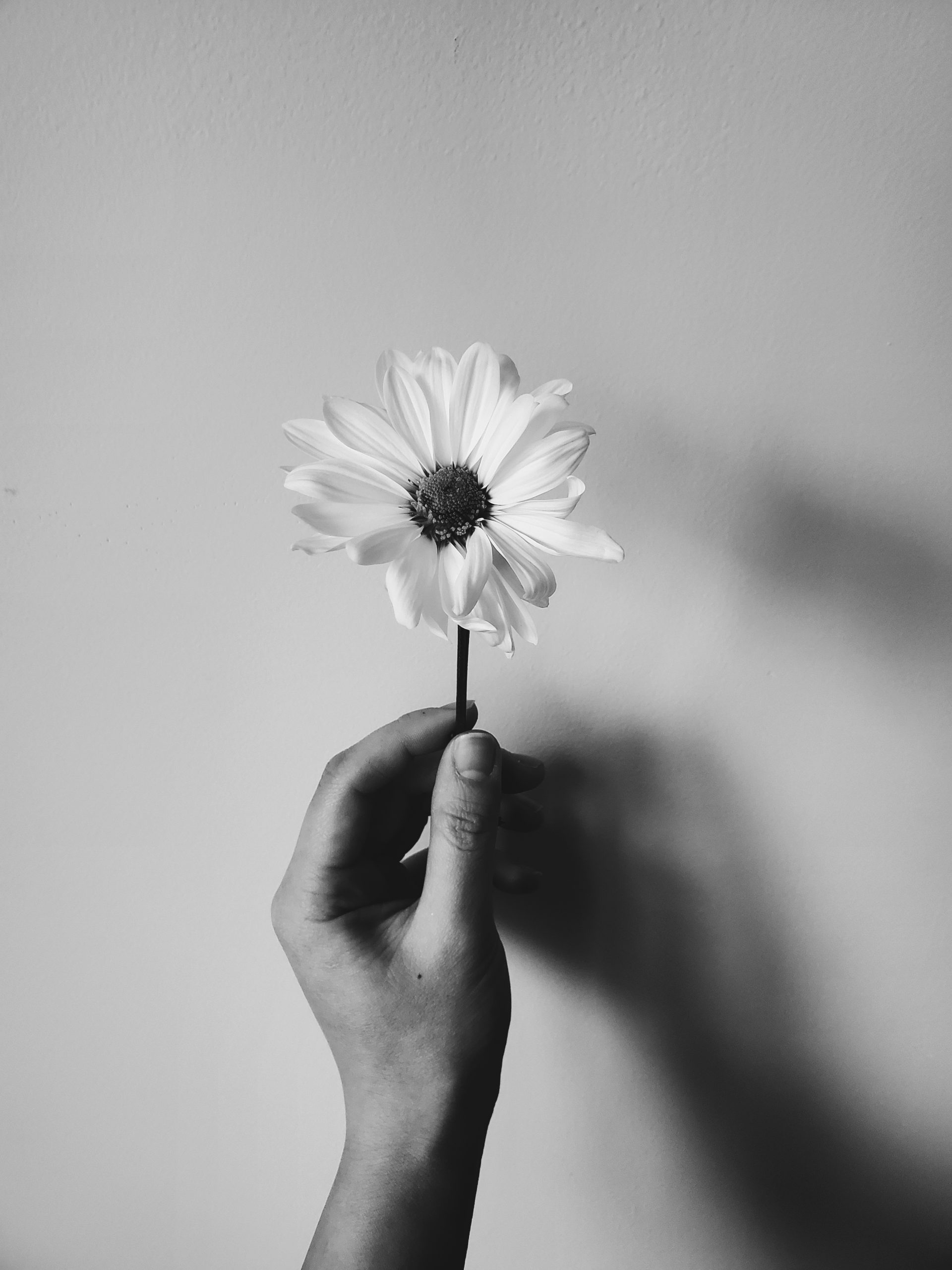 In closing, I’ll end off with one of my fonder memories from Superstorm Sandy, one that I carry with me to this day. It was less than a week after the flood waters had receded, and the streets were still lined in ‘walls of debris,’ piles of ruined furniture, layers of garbage bags packed to bursting with destroyed possessions, and the sodden detritus of home demolition. I was sitting near the edge of my driveway, surrounded by the now-waterlogged ‘things’ that had populated my life, but which were now populating the curb waiting for the garbage disposal. As I sat their stone faced, a Red Cross worker walked over to me and relayed gently that “I’ve seen a whole lot of people where you are, and while it might not seem like it now, in a year’s time all of this will be a distant memory. You’ll be back to normal quicker than you realize.”

While it may not be a popular opinion, I do believe this current crisis – despite all local appearances – will be over sooner rather than later. Until then, stay safe, stay solitary, and disinfect often.