Looking for something fun to do this weekend? Need a creative idea for date night? Or just looking to learn how to make some of your favorite dishes with ease? We’re happy to introduce Cozymeal, a website aimed at bringing foodies together who are not just hungry for good food but hungry to learn and cultivate their passion for cooking. 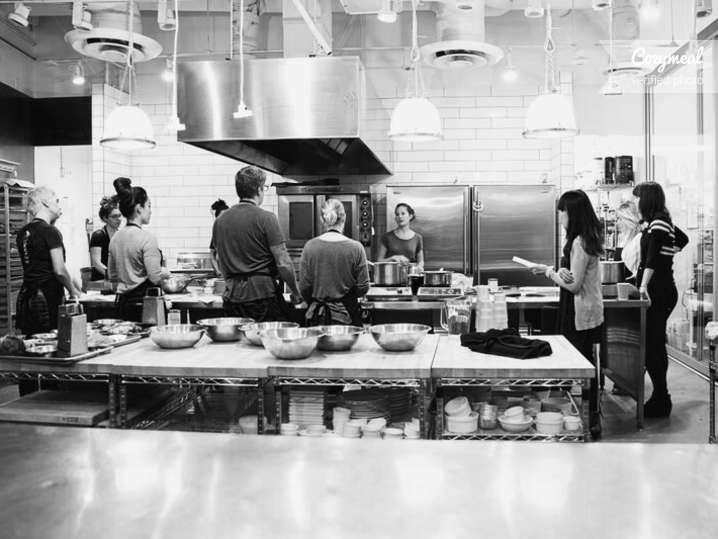 I was having a conversation the other night with a friend of mine about ‘modern’ cooking, and of course whenever anyone talks about ‘modern’ cooking the ideas of ‘ease’ and ‘quickness’ enters the mix. Through no fault of his own, my friend has fallen victim to what I’ll call ‘the modern cooking ideology’ as perpetuated by pretty much every major culinary outlet. Through an unending deluge of ‘quick meals,’ ‘easy weeknight solutions,’ and ‘classics made simple,’ this constant pursuit of quick deliciousness has had the unfortunate effect of creating the illusion that these prized qualities are rare and that cooking in general is difficult and time-consuming, which in turn creates a very intimidating environment for would-be home chefs.

Specifically, we were talking about baking, and how ‘precise’ and ‘sciency’ it is. I’ll admit that there is some truth to that – baking ‘is’ widely considered a much more precise art than is cooking. After all, we’ve all seen photographs of cakes that are very literal works of art in ways that even the most complex of entrees would struggle to stand up to in terms of appearance.

Yet, I’ve heard that learning to bake is a bit like learning a new language. You start off learning basic words like “Hello” and the days of week, and then you start forming simple sentences, and wrapping your head around the ‘ideas’ that your new language conveys, rather than the precision of its words.

In baking, you have to start off with the very basics, because in many ways the art builds upon itself. In other words, practice makes perfect, and like most things in life, the more you cook, the easier it becomes. It’s the whole ‘experience equates to proficiency’ algorithm that we all learned in school. 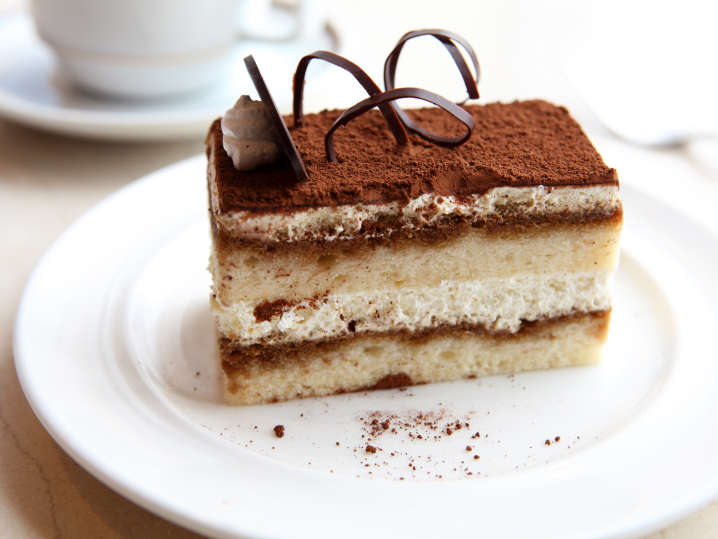 Nevertheless, and I can’t sugarcoat this – pun fully intended – the reality is that we’ve all had disasters in the kitchen born either from simple mistakes or inexperience.

Whether you’ve done your best impression of Audrey Hepburn in Sabrina with a soufflé that refuses to rise, or plucked a page from Dan Aykroyd’s “The French Chef” and attempted self-dismemberment with your kitchen utensils, cooking disasters are simply part of the learning process – a process, which, by necessity doesn’t happen overnight.

However, there are a handful of basic tips that really can transform your baking game…well, ‘overnight.’ Don’t give me that look.

To start, not everyone is producing cakes or pies or cookies for photoshoots like I am – the overwhelming majority of you aren’t. However, that doesn’t mean you don’t want your confections to be Pinterest-worthy. After all, half the fun of a big slice of decadent homemade confection is sharing it on your platform of choice.

So, with that said, why fear or shun something like a box mix when they serve just fine as the base for whatever confection you may have your eyes set on? Granted, as you advance and become more comfortable both inside the kitchen, and at baking in general, you can toss that mix aside, but until then view them as a sort of a ‘learning tool.’ 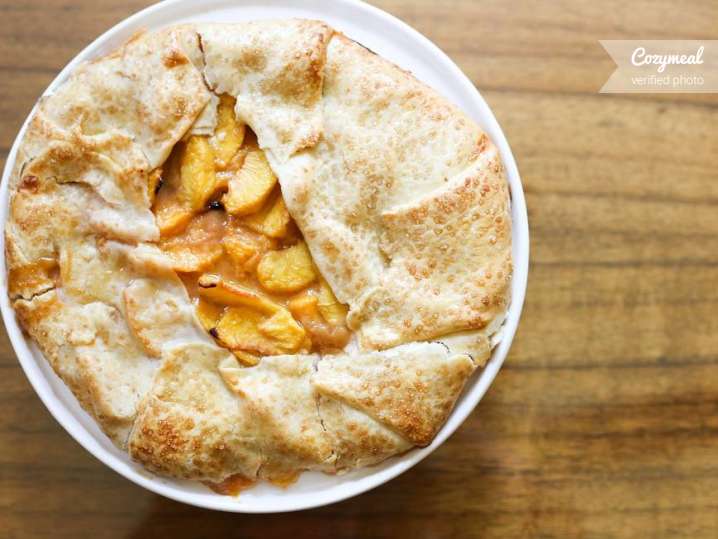 And there’s that word – tool. Now, while a poor craftsmen blames his tools for his failures, the simple truth is that there’s a reason humanity has moved from pit fires and slab stones to our modern kitchen setups – tools matter. Now, this doesn’t mean emptying your wallet at the most expensive culinary supply store you can find, but it does mean that quality makes a difference. For example, the cast-iron pans I use, my pro-grade stand up mixer, and my durable knives are all examples of what I consider to be ‘quality’ tools, and they do make a world of difference.

In baking, you’ll also notice that most professional or celebrity bakers use a few key terms. For example, you’ve likely read about my “Simple Syrup” that I’ve used a number of times here on my baking items at Living the Gourmet, also called “Secret Sauce,” which is really just sugar in boiled water used to spritz the layers of a cake to reapply moisture before adding on frosting, or to be used as the base for glazes. 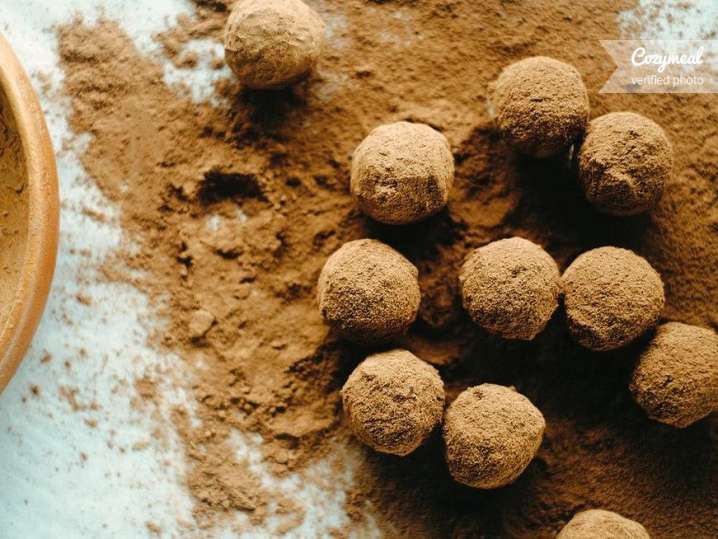 Next up is the old adage that “Everything is better with butter.” Yes, I know, this is heresy in today’s modern environment, but let’s be honest is there anything worse than a cupcake that’s not only dry but also stiff? Is there anything worse than a cake that’s stuck to its pan? Is there anything more disappointing in this life of ours than to stick a spoon into a pile of frosting that ‘looks’ luscious but that’s more plastic yuck than airy goodness? Is there anything more frustrating than biting into a decadently cream piled confection only for the shell to lack that delicious consistency that rests in that decadent realm between crispness and softness? If you agree, the difference in each of those examples is butter. Learn to love it, and apply it generously. Your baking depends on it.

Next up are those precious dates – no not that sort of dates, but you know what they say about the purest route to a gourmet’s heart. I’m talking about the expiration dates on your dry ingredients. Yes, they exist. Go check for yourself if you don’t believe me. That said, if you can ‘taste’ the flour in your confections, it’s likely because your flour is past its expiration date.

Now, I know I’m already a heretic for that butter bit, but this next ‘tip’ is basically “How I learned to stop worrying about sodium and love my salt.” Toss a pinch of it into everything. Basically, think of salt as…how to put this? It brings out the flavor in everything, just a pinch of it, that’s why so many sweet recipes call for a bit of it – it may seem oxymoronic, but there is a purpose, trust me. Besides, when your downing a slab of frosting covered chocolate cake, those few grains of added sodium are the least of your worries. 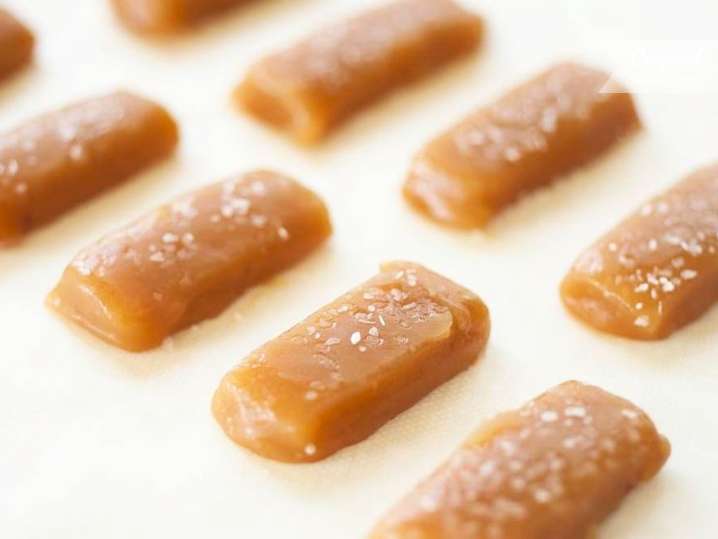 If, however, you are indeed intent on buttering up your baking game, consider taking a set of baking classes from the likes of Cozymeal, where you’ll not only find more tips like those above, but all of the necessary kitchen skills that you’ll need for a solid foundation to move forward.

If you enjoyed this post, also check out the CulinaryLab Cooking School where food and science come to play. CCS immerses students in an experiential, modern, hands-on education for all levels of cooks—aspiring chefs, serious home cooks and industry professionals alike.