Strawberry Spring Galette is a perfect way to celebrate the arrival of Spring and our favorite seasonal fruit- strawberries! 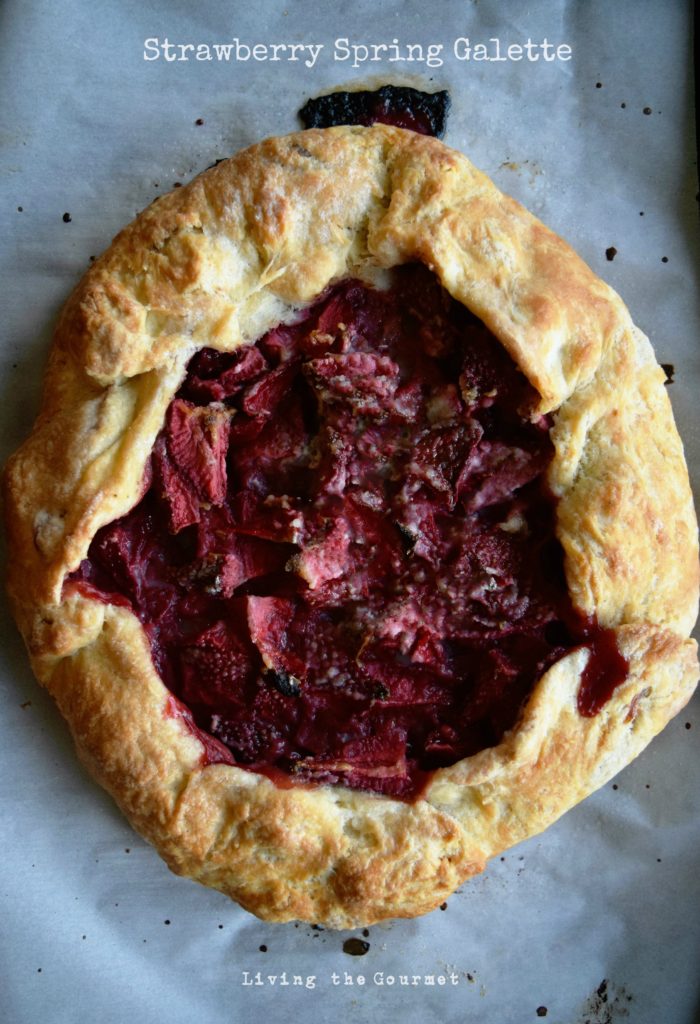 There’s a trope about dwelling in a singular place so long that one’s surroundings begin to become a part of oneself. It’s sentiment to which I can relate, almost as if whatever soul animates my body had grown to encompass the view from my pier. This morning, for example, I found myself daydreaming on my back porch, watching a neighbor stroll the river’s edge, their footsteps and distant conversation melded with the sea wind, joining the rustling of the waves to form an antique static on the air, a sweet but uneasy silence which was broken like clockwork by a boat’s motor. Roused from my daydream, I watched the boat pass, and like the lyrics from Caruso foretell “You see the passing of life in the white crest of the propeller.”

This over familiarity breeds a strange sort of spatial sentimentality, the sort one aught only associate with fireside novels, in which the characters possess an unnatural seamlessness to their setting so much so that they blend one into the other.

I found myself in this particular sort of ‘sentimental mood’ the other day, and I’ll be honest that it’s the worst sort of mindset for working creatively as it consumes one’s entire focus. Naturally, I decided to instead indulge this momentary nostalgia with a trip to – where else? – my kitchen. 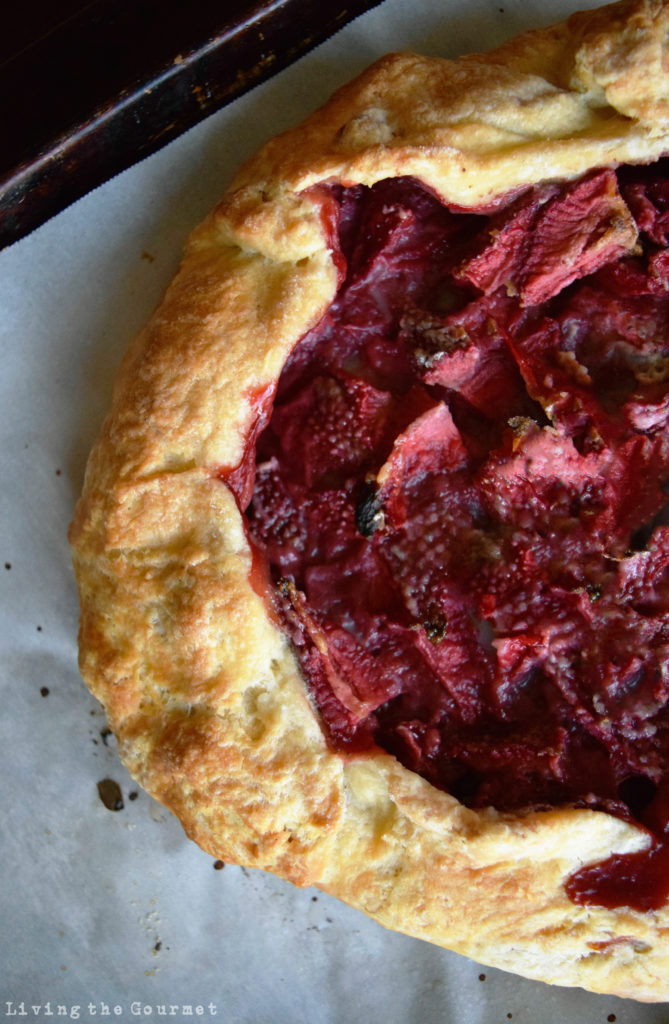 Once there, I decided I wanted to put together something that hearkened back to the Spring and early summer confections I had grown accustomed to in my earlier years, which brings us, of course, to today’s recipe – a rustic strawberry tart, or what is also known as a galette.

To start things off, we begin by preparing the filling with the quartered strawberries, flour, sugar, cinnamon, lemon zest, and ground cloves. From there, we need a sweet pastry crust, to start we combine flour, sugar, salt, and cubed butter as shown below, and then mash that up with a pastry cutter or pinch with your fingers, being careful not to overwork the dough. Gradually add water as you work the dough until it comes together as pictured in the directions. Once that’s complete, form the dough into a ball. Again, you want to be very careful not to overwork the dough.

Once that’s finished, we’re ready to assemble the tart. Roll out the dough on a floured surface to about a quarter of an inch in thickness, and then set on parchment paper. Fill the middle of the dough with the filling, and then fold the edges over as shown below. Then simply dust the border with milk and sugar, and bake for about fifty to fifty-five minutes. 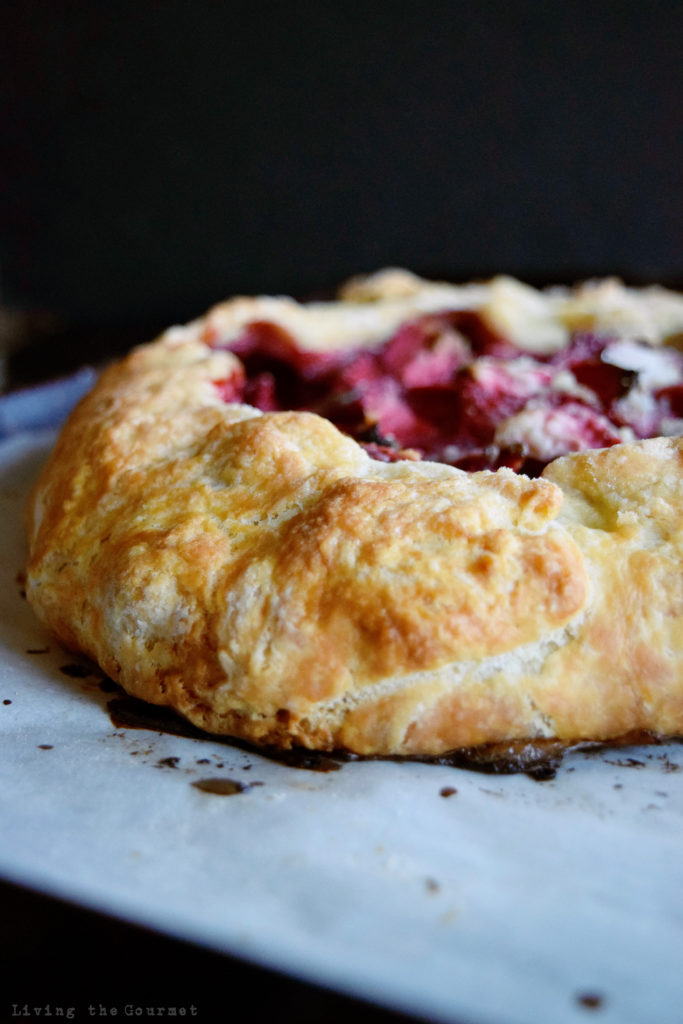 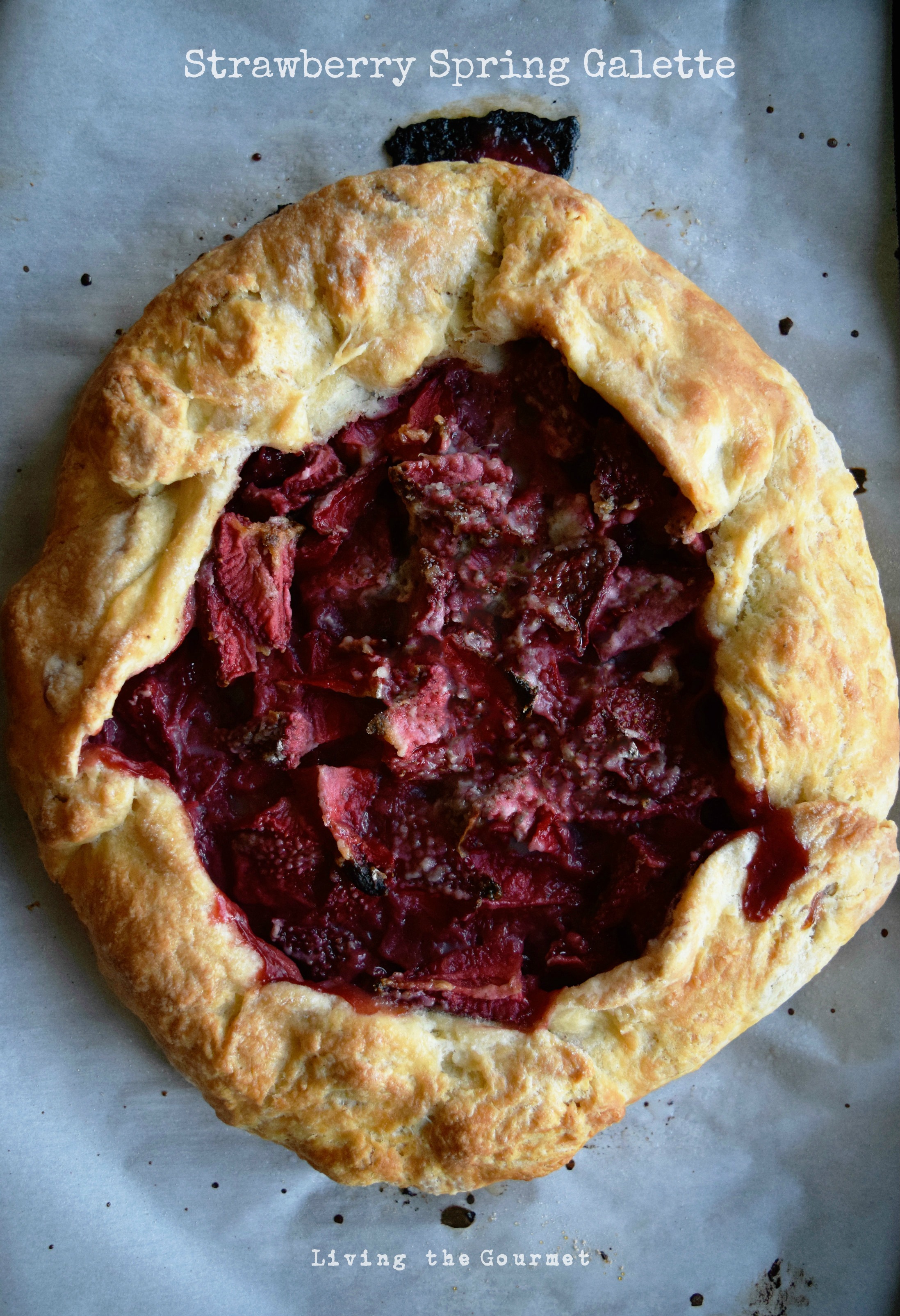 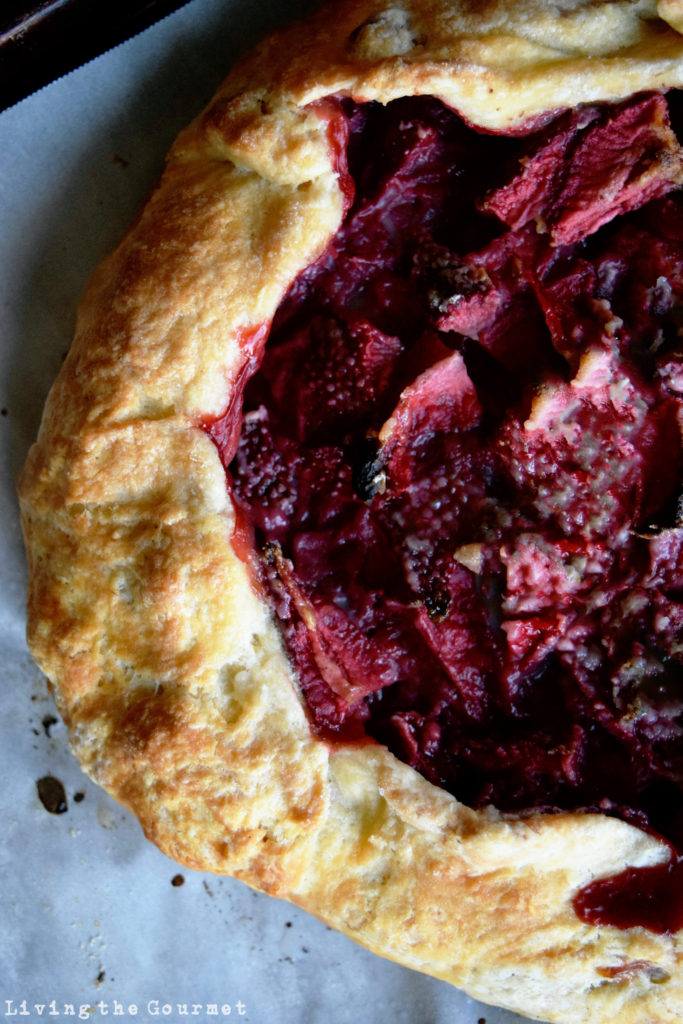 Once the tart is a crisp golden color, it’s ready to be served with vanilla ice cream or fresh whipped cream.