A delicious Spring meal is brought together beautifully with sweet and savory notes from honeydew melon wrapped in ham to zesty grilled shrimp kabobs that perfectly mirror the delicate essence of Voveti Prosecco. 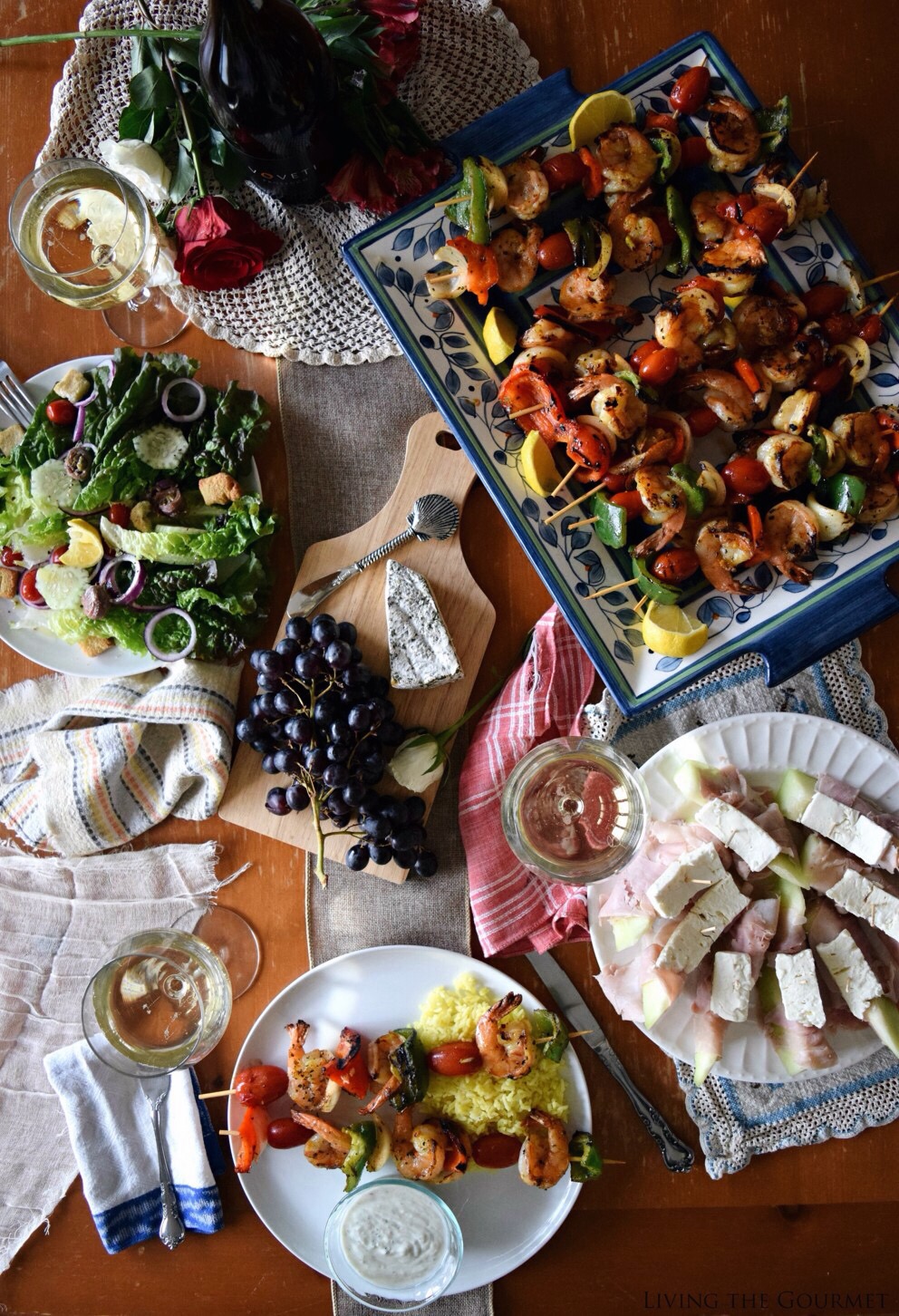 “Quickly, bring me a beaker of wine so that I may wet my mind and say something clever,” as Aristophanes remarked. While that’s often my internal reaction at the outset of a dinner party, my preparation is often a much more calm and calculated ordeal. As Chef Trotter so eloquently phrased it “All four elements were happening in equal measure – the cuisine, the wine, the service, and the overall ambience. It taught me that dining could happen at a spiritual level.” 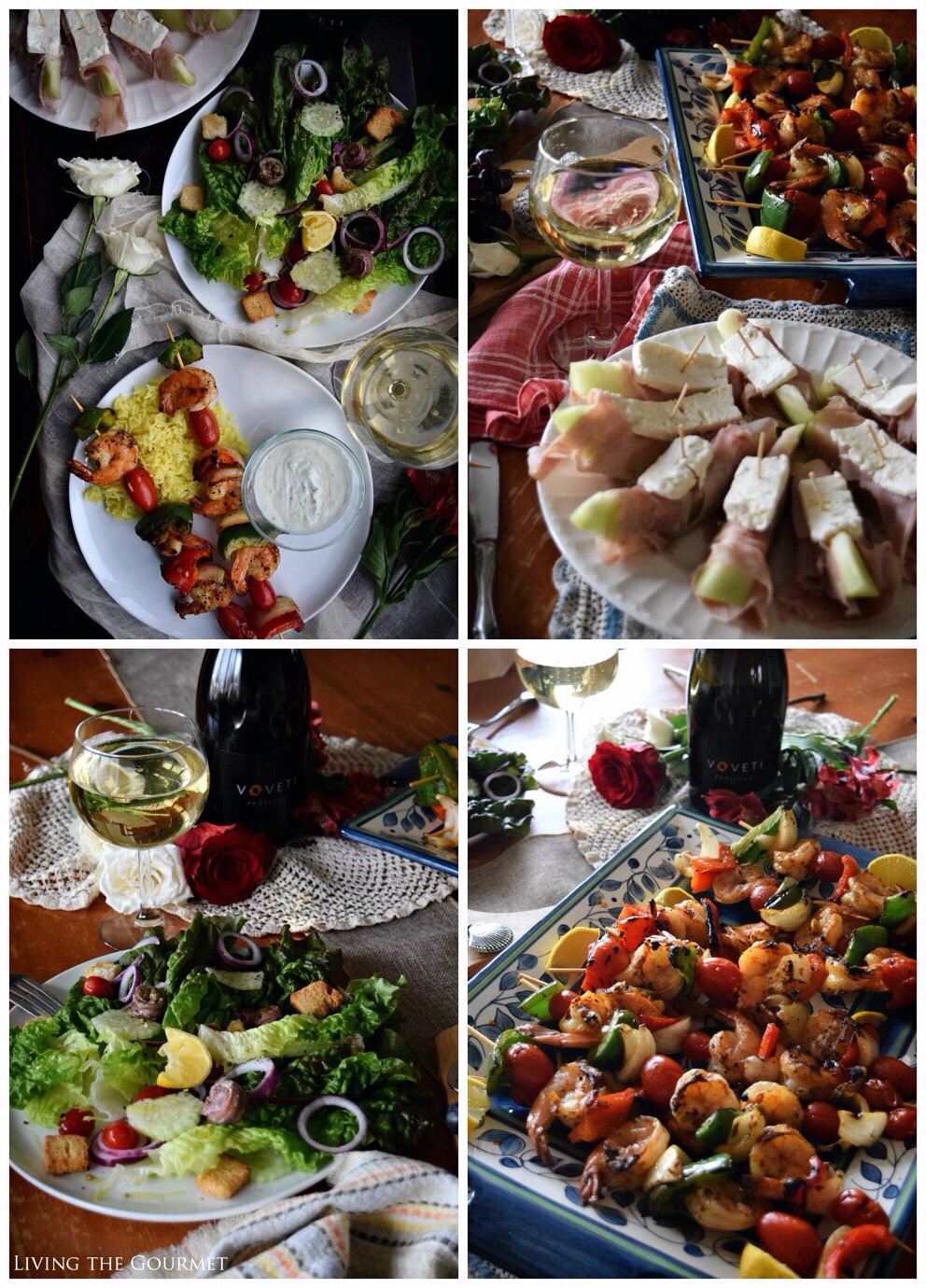 Now just past Easter, we are in that blessed ‘post-holiday’ season where old friends get together to exchange their war stories of the frenetic lead up to the big family gatherings. For me, especially, these post-holiday get-togethers are important since the holidays also happen to be my busiest time of the year for content production, and unwinding afterwards is simply a must. I hosted one such party just the other day, though it was intentionally more of a late lunch or early dinner, since I wanted to frame the entire affair in this beautiful clear spring daylight we’ve been having.

You see, having both a half of a grain cake left from Easter, as well as most of a carrot cake, both of which were homemade by my daughter, I realized that there was simply no way we were going to finish those on our own and I didn’t want them to go to waste. To that end, I called up a close friend of mine, and I invited her and her sister over for a spring-themed dinner party.

Now, while I did have an assortment of dinner leftovers from Easter, I simply couldn’t bring myself not to take advantage of the setting, and instead decided on putting together a sort of ‘casual-yet-chic affair,’ with just a hint of ‘Classical Modern’ vibe. 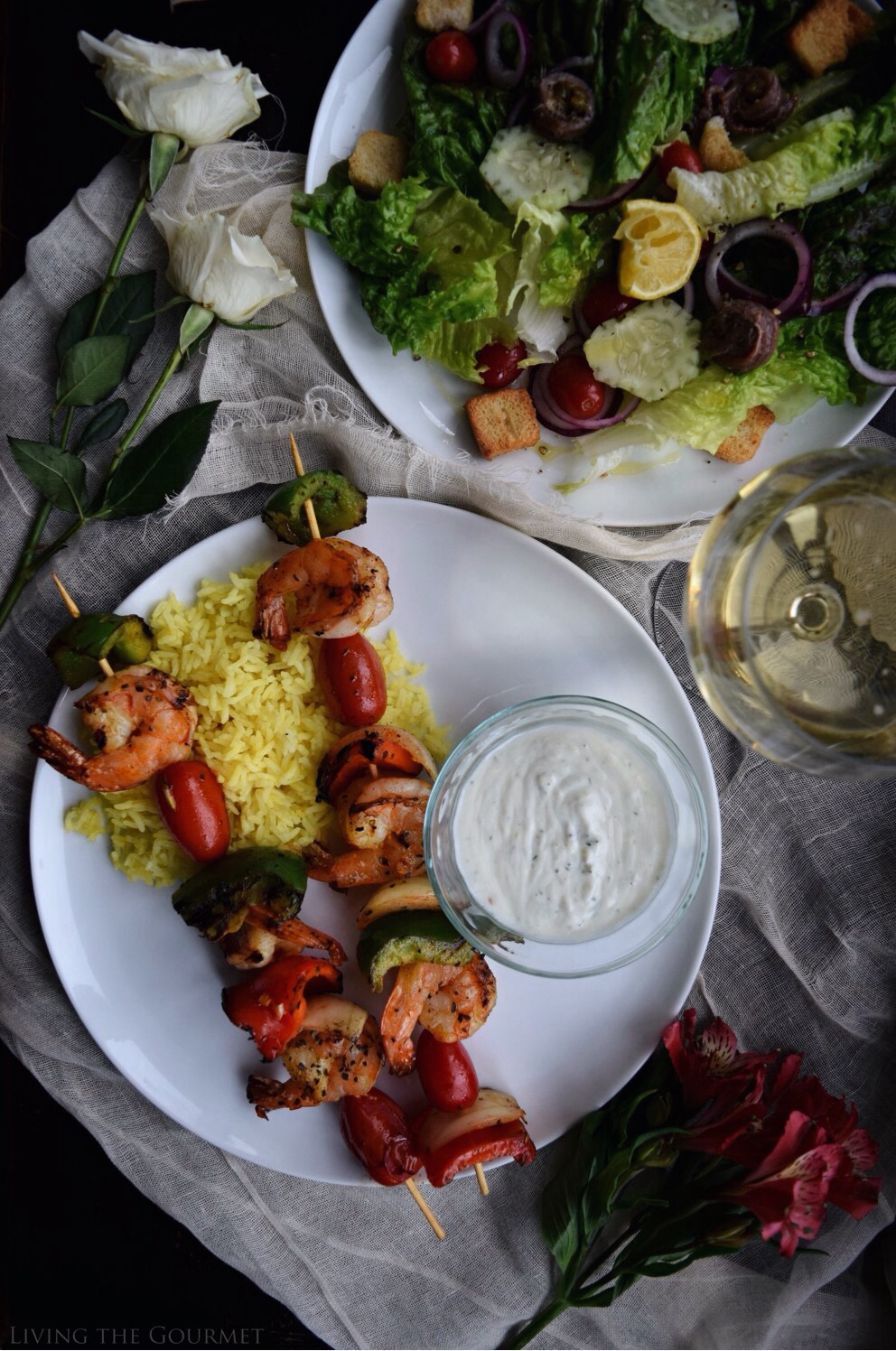 Only one ingredient for the evening remained. The wine pairing. For starters, I knew I wanted both a prosecco, as well as a still red wine.

Now, I know what you’re thinking, prosecco to start and red to finish. Yes, under most circumstances. However, I instead paired the ham wrapped melon and anchovy salad with a good Malbec. Heresy, I know, but sometimes bending the rules can turn out just lovely. You’ll see.

From there, I paired the shrimp kebabs with one of my favorite proseccos – a bottle of VOVETI. It’s a craft prosecco, which is produced at only around 15,000 or so cases annually as a collaborative effort between the Collavini and Ferrer families, whose four generations of prosecco experience is immediately evident in what they produce. Simply put, I selected VOVETI because it’s a label that exudes the chic and modern atmosphere I was going for, while retaining the classic Italian qualities that define a good prosecco. Upscale and affordable, it’s perfect for impromptu gatherings such as these.

With the dinner made, and the pairing selected, it was time for the fun part. 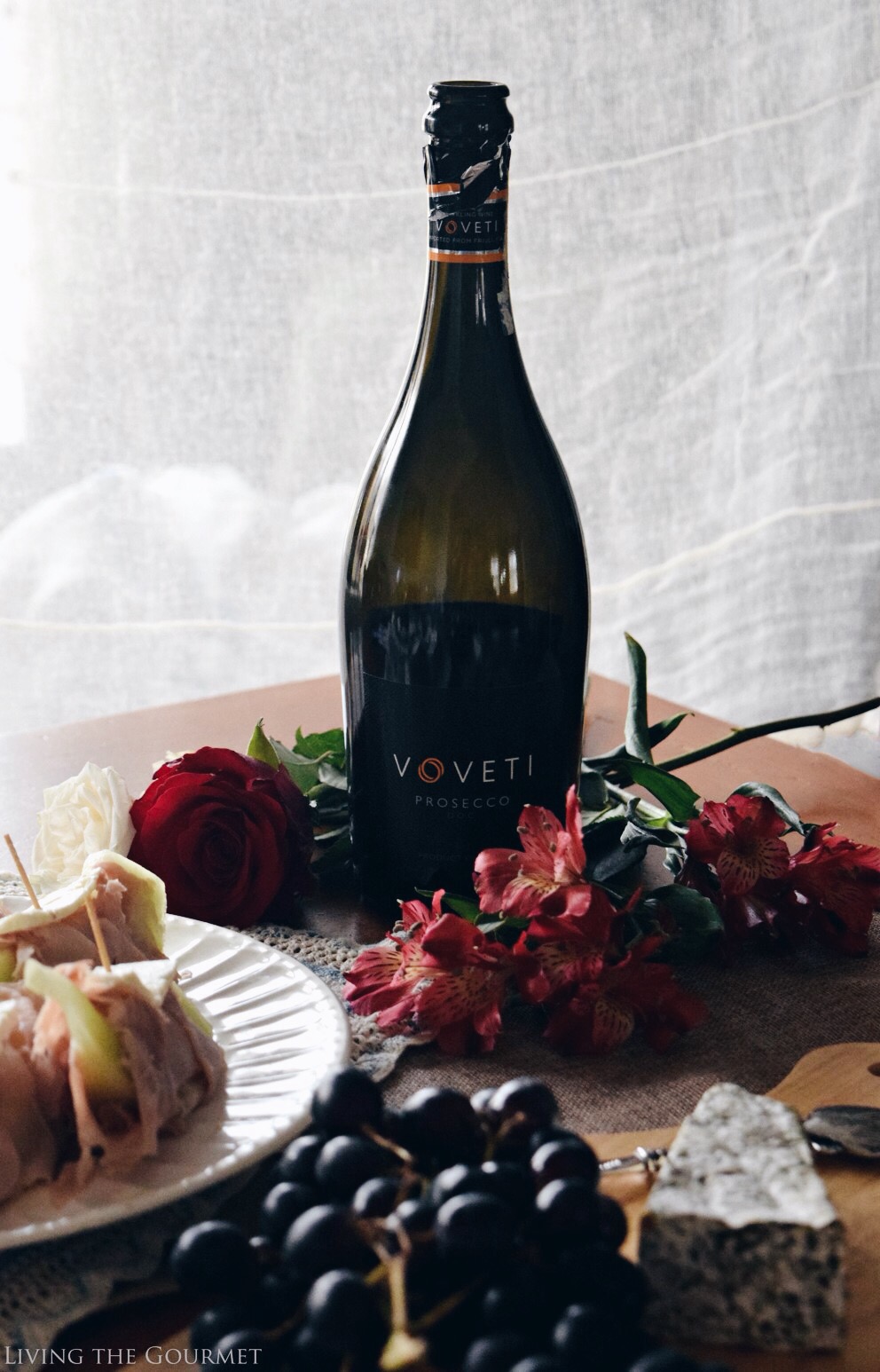 The VOVETI introduced itself with a pleasantly well-defined yellow hue, with hints of translucent gold when the glass catches the daylight. On pouring, the prosecco features a mousse of effervescence, which subsides into fine and lasting bubbles. On the nose, wild flowers are prominent, alongside honeycomb laced in very vague citrus notes. On sampling, the effervescence is immediate, almost sharply so, and very pleasant, carrying yellow apple notes. These mature on the palate into white peach and assorted citrus fruits, with a prominent floral background throughout. Hints of melon or apricot linger on the palate for a very pleasant finish.

It goes without saying this made not only for an excellent pairing with my kebabs, but also helped accentuate the mood I was going for, making for an excellent spring gathering that I’m quite certain will be the first of many.