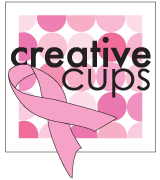 Living the Gourmet is proud to be partnering with Adelphi University to promote their NYS Breast Cancer Hotline.

For over three decades, Adelphi University has been a leader in breast cancer awareness and support, founding the first post-mastectomy group in 1980 within its School of Social Work. The group’s founding came at a time when breast cancer still was not discussed publicly, leaving those facing the diagnosis to suffer not only with the disease itself, but to do so in almost total, social isolation.

What Adelphi’s program offered was something that patients at the time simply could not receive at their doctor’s office – a place to focus on the emotional aspect of their diagnosis. The program sought to change that, giving patients a place to freely express and explore their fears and their questions, and to share their experiences with one another. Patients newly diagnosed were given assurance that they were not alone, while patients who had already traveled the long road of their physical battle were given an opportunity to help support those whose journey had only just begun, and to continue the process of healing.

The NYS Breast Cancer Hotline started with just nine trained volunteers supervised by social workers, and were limited to the University’s local area. By 1990, with funding offered by New York State, the hotline expanded to cover the entire state, and began its evolution into the comprehensive support program it has become today. The Adelphi New York Statewide Breast Cancer Hotline and Support Program today features over 100 trained volunteers and social workers who provide vital counseling, education, and advocacy, in addition to maintaining a website as well as the original hotline.

The Adelphi NYS Breast Cancer Hotline produces Creative Cups, a powerful event where people turn ordinary bras into works of art that will be auctioned off March 19, 2015. For further information on how to participate in Creative Cups or how to donate, please visit LINK HERE. For support, call the hotline at 800-877-8077.

This is a sponsored conversation written by me on behalf of Adelphi University. The opinions and text are all mine.