This post has been brought to you by San Felice. All opinions expressed are my own. The following message is intended for those 21+. Please enjoy responsibly.

Today we’ll be taking a look at San Felice’s Il Grigio de San Felice Riserva, which is classed as a Chianti Classico. Naturally, this wine comes to us from Tuscany, Italy.

First up, we’ll cover what makes Tuscany such a gem when it comes to winemaking. After that, we’ll sample the wine itself, and we’ll close off with some pairing suggestions that I think will really make this particular bottle shine. 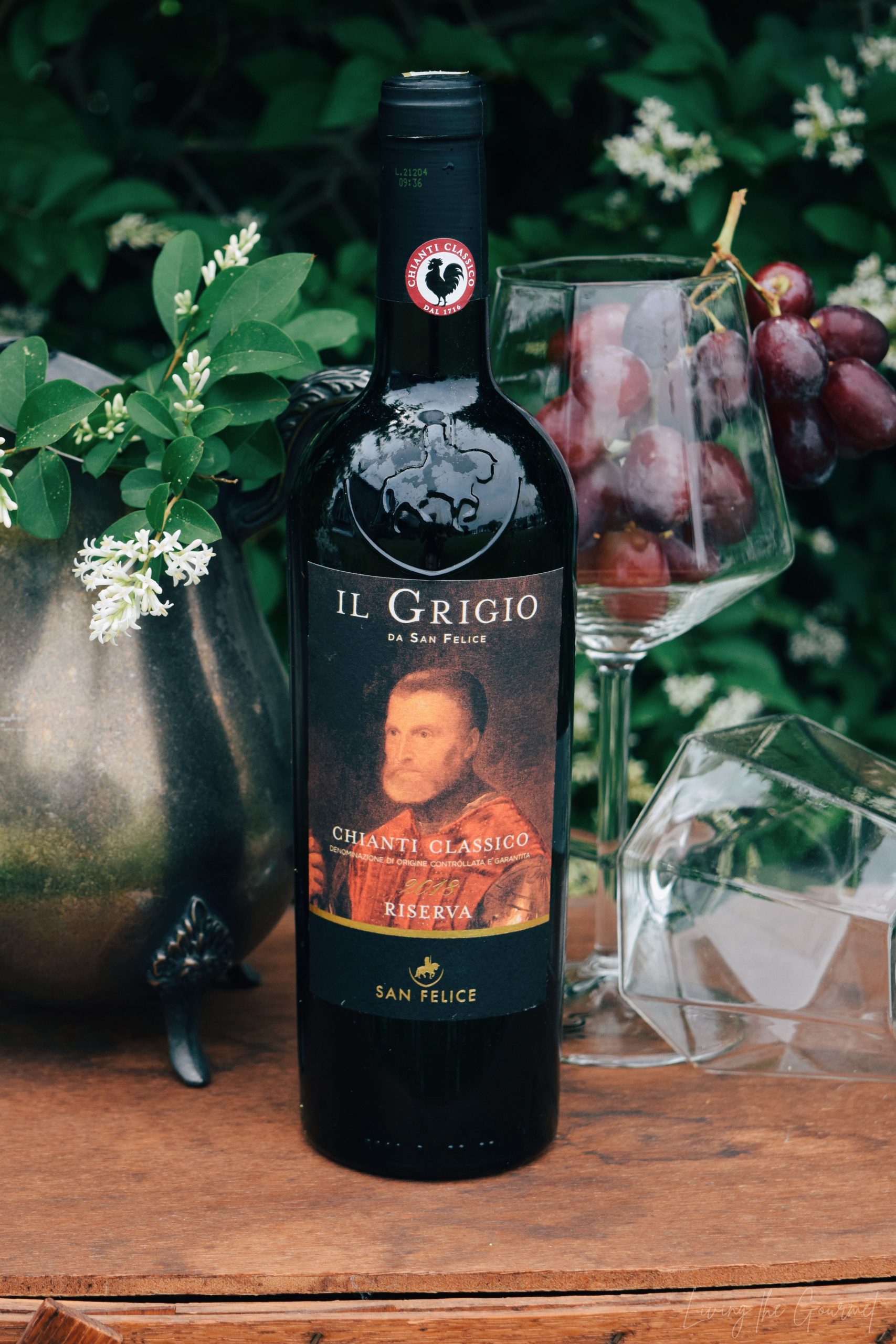 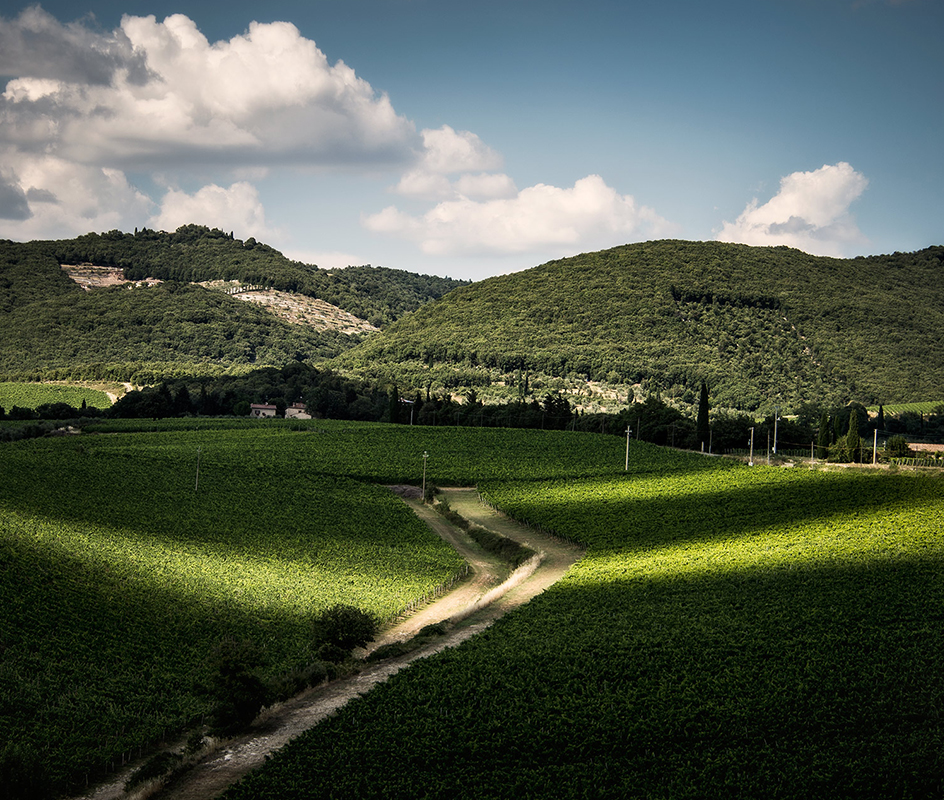 However, despite the literally dozens of specified production areas and methods into which Tuscany is divided, the bedrock of Tuscan winemaking is a single varietal – Sangiovese. Sangiovese so dominates the region that it is almost impossible to talk about Tuscan winemaking without giving mention to the grape that produces the dry red wines for which Tuscany is famous. Prized for its high acid, ‘pleasantly firm’ tannins and balance, a quality wine based on Sangiovese will evoke images of ripe dark cherries and black stone fruit, perforated with stark herbal notes. Chianti, Vino Nobile di Montepulciano, and Brunello di Montalcino (all of which we’ve reviewed here on Living the Gourmet), are just a few of the world-renowned wines produced from Sangiovese. 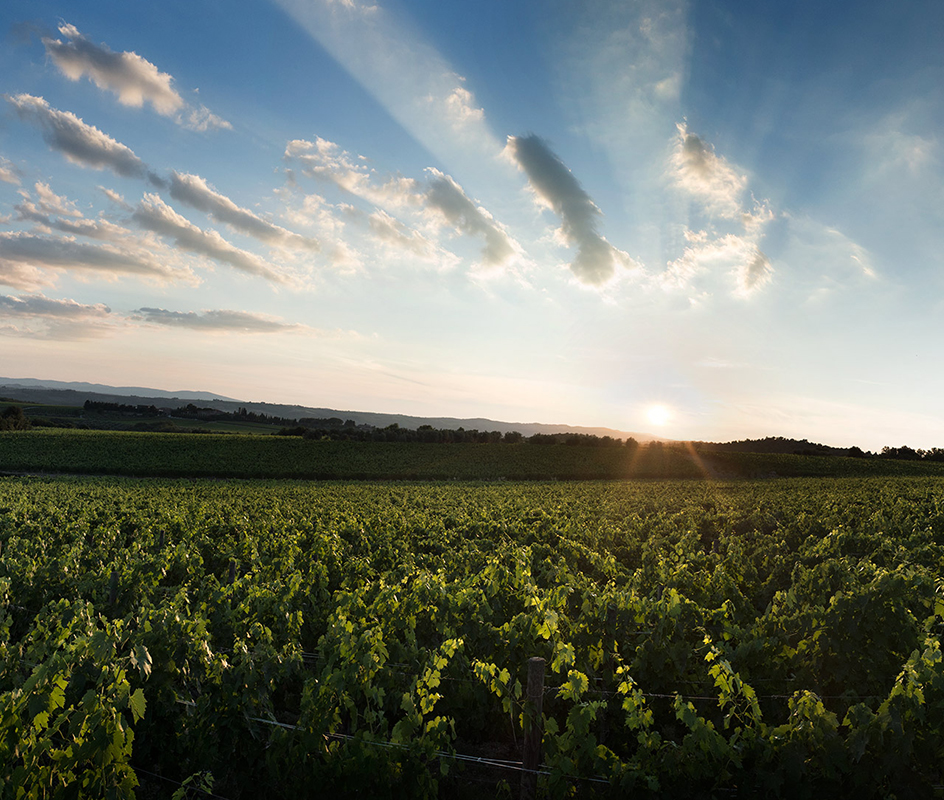 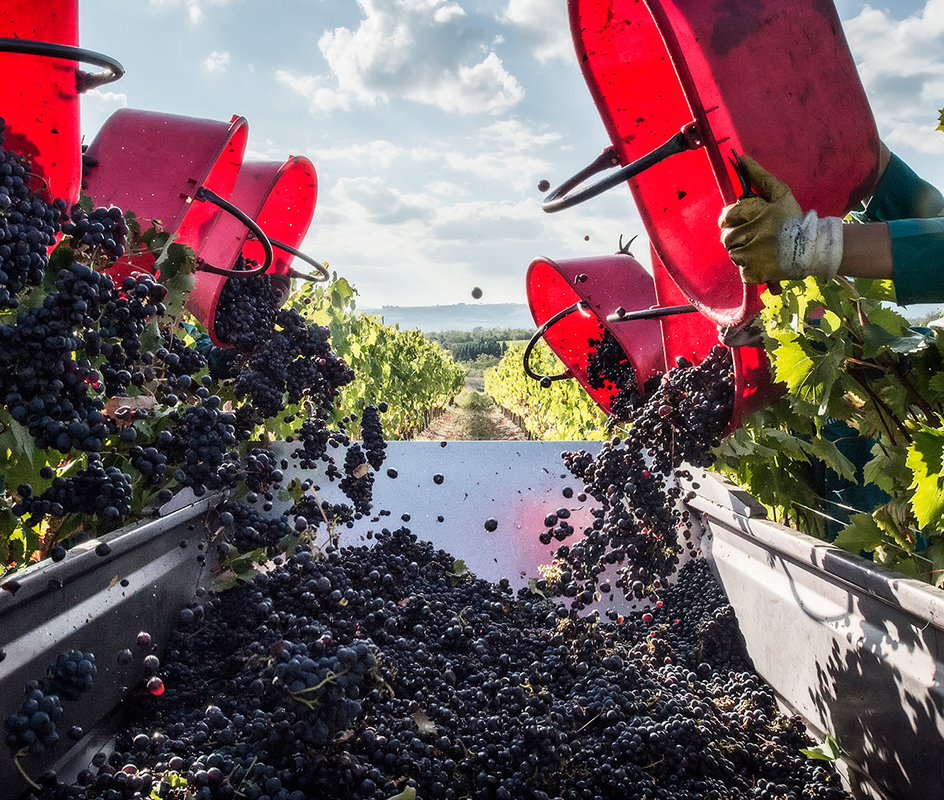 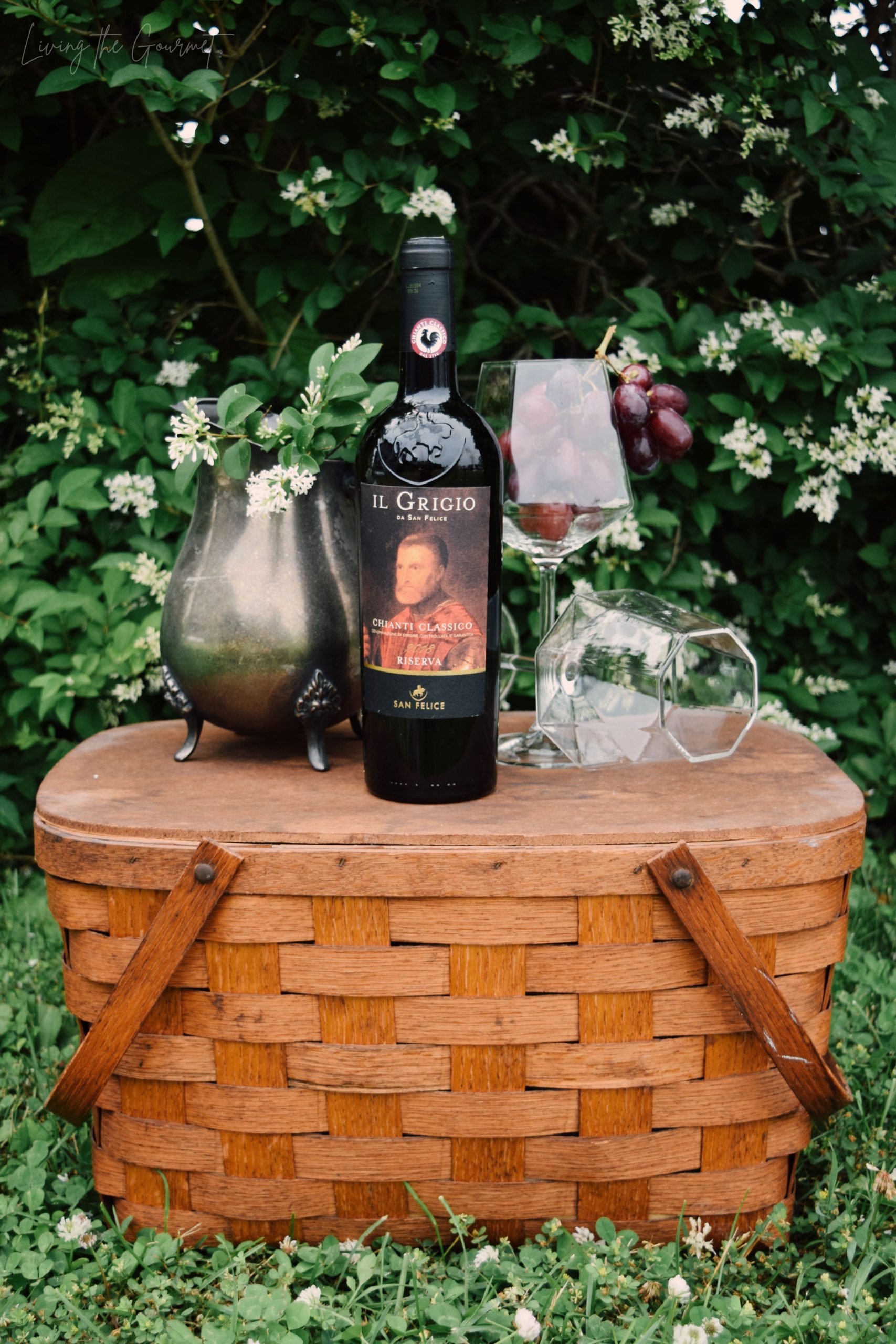 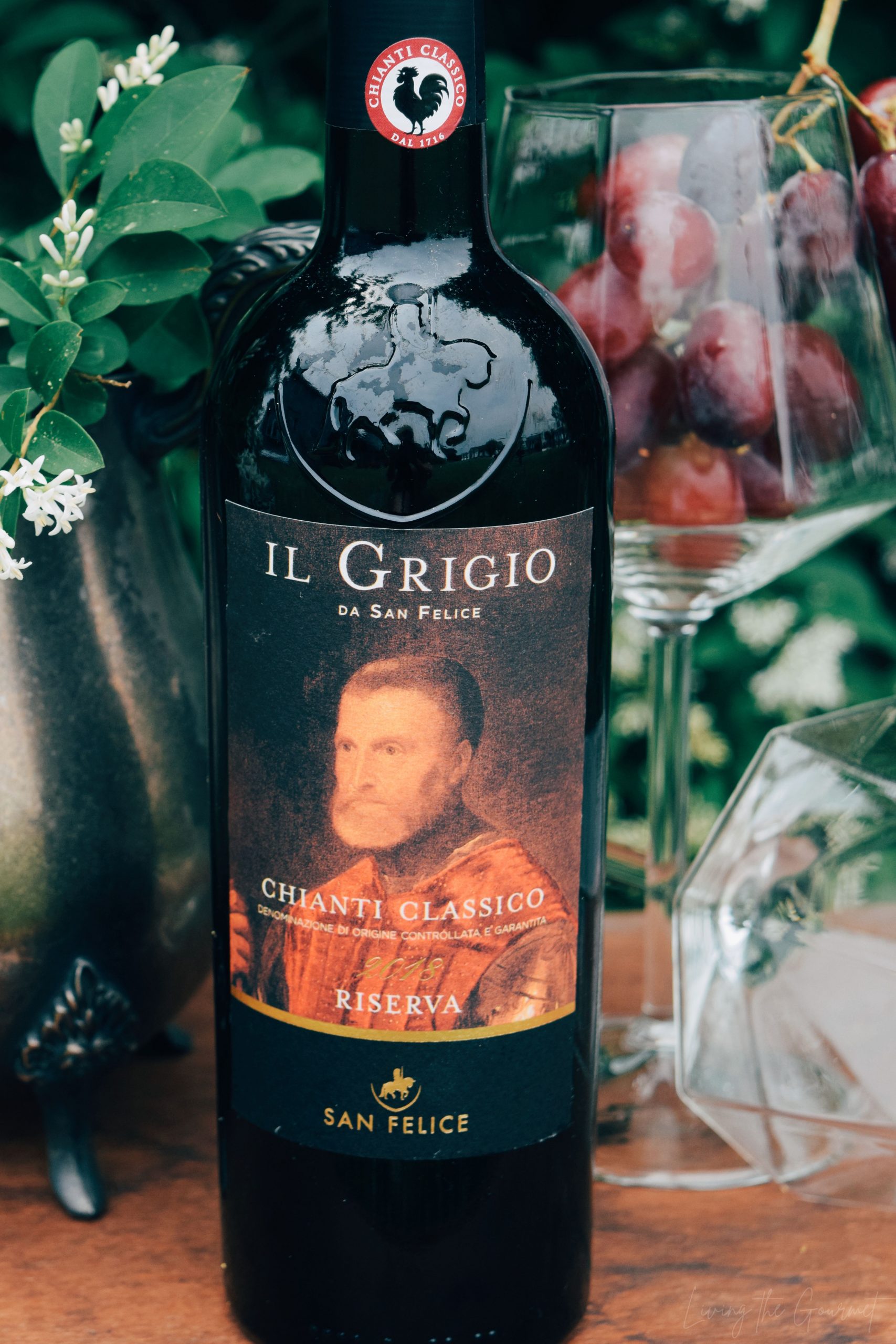 Il Grigio introduces itself with notes of oak and ripe red fruit off the top of the glass. Think sliced cherries, syrupy raspberry, and toasted oak. Something earthy makes itself known deeper into the glass, with hints of smokiness, framed in plentiful red fruit. The oak persists throughout. On second whiff, tobacco leaf and cracked leather comes to the fore. On the palate, the red fruit carries over quite nicely, with plentiful tannins, carried on a medium body with low acidity. Very pleasant. 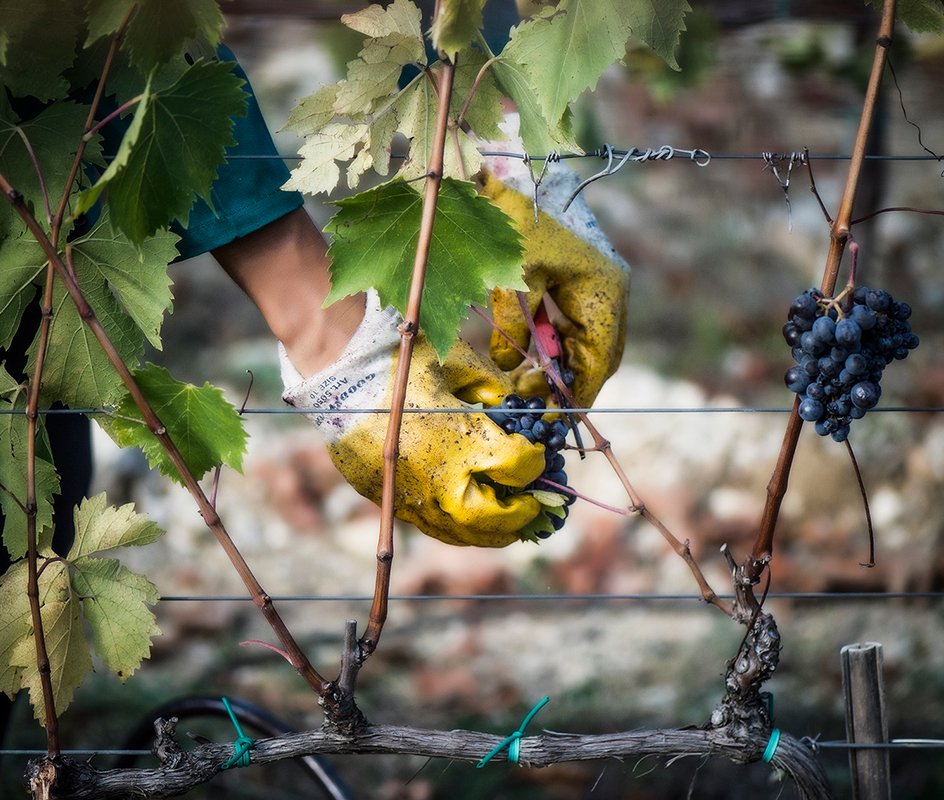 All of the ‘standard’ chianti pairings work with this particular Chianti Classico. To complement this wine, you want rich, heavy, and meaty entrees. The best pairing, by far, would be something along the lines of a prime rib prepared with a curry and cayenne-based rub mixed with garlic, coriander and cumin. If you want something a bit more festive, beef tacos are another great pairing, particularly with a medley of Mediterranean flavors, such my “Greek Style Tacos.” To really play to the ‘heavy and meaty’ side of this wine, you might also consider an herb roasted rack of lamb, prepared with a mix of honey, oregano, garlic, and basil. Seared beef steaks, shark steaks, spicy barbecue, and red sauces over pasta, are all potential pairings.