This post has been brought to you by Pindar Vineyards. All opinions expressed are my own. The following message is intended for those 21+. Please enjoy responsibly.

Today we’re sampling several bottles from one of Living the Gourmet’s longtime friends – Pindar Winery, which is one of the most well-known and critically acclaimed wineries in all of New York state. 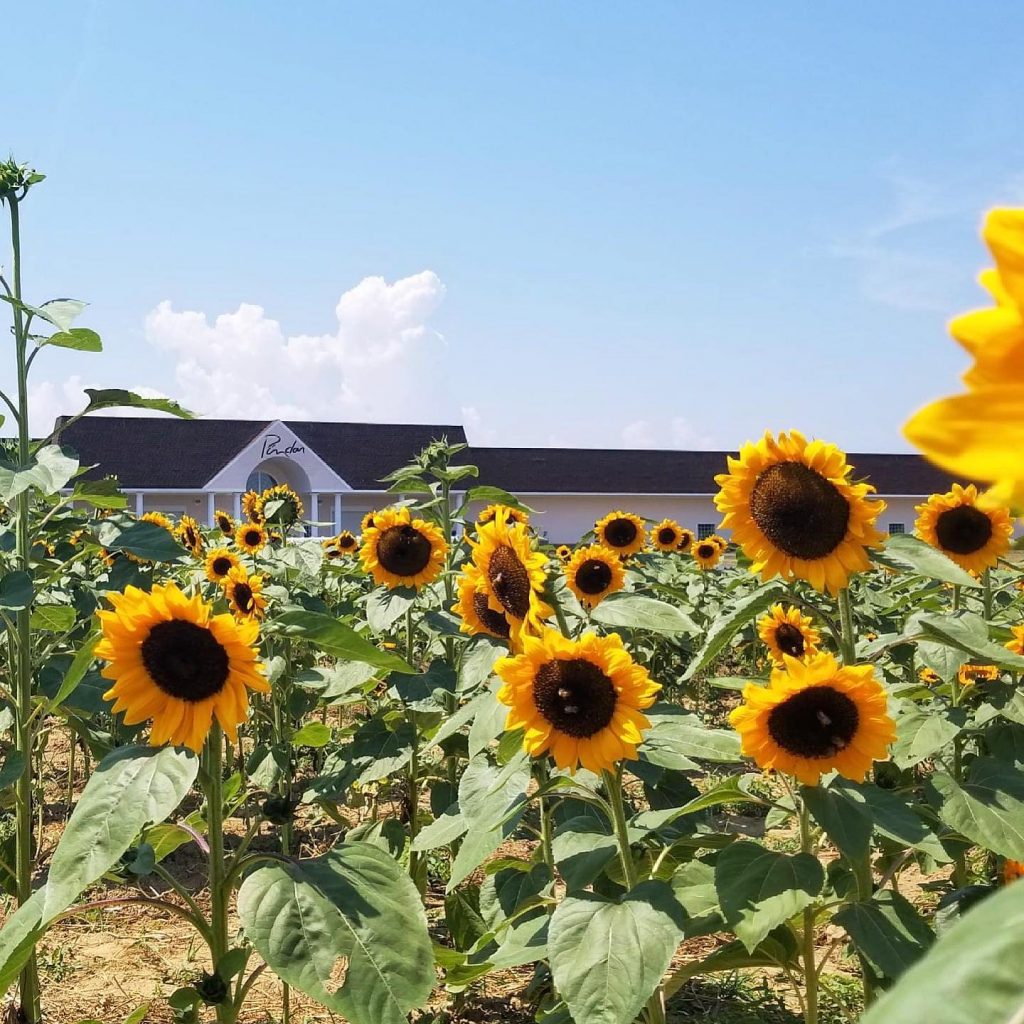 Lately, I’ve been talking a lot about the ‘Three Great Terroirs’ of viticulture; Spain, France, and Italy. Just recently I covered a bottle from Sicily and explained why, despite Sicily’s arguably perfect climate and soil, millennia long winemaking history, they find themselves playing a bizarre game of ‘catch up’ on the global wine market, and I drew parallels to the situation Spain found itself in during the later half of the twentieth century.

In short, when studying ‘prominent’ wine regions, the combination are usually quite similar. Good weather, good soil, and ‘good’ or ‘relevant’ winemaking history.

However, the justification for these generalizations are a relatively recent phenomenon. As recently the late 1970s and early 80s, this simply wasn’t the case. Instead, Long Island, at that point – with the sole exceptions of Kings and Queens Counties (Brooklyn and Queens) – was home largely to a mix of farmers and fisheries.

I myself can remember Long Island as a patchwork local farms crisscrossed by tiny two-lane roads – roads that were predictably and blissfully empty. 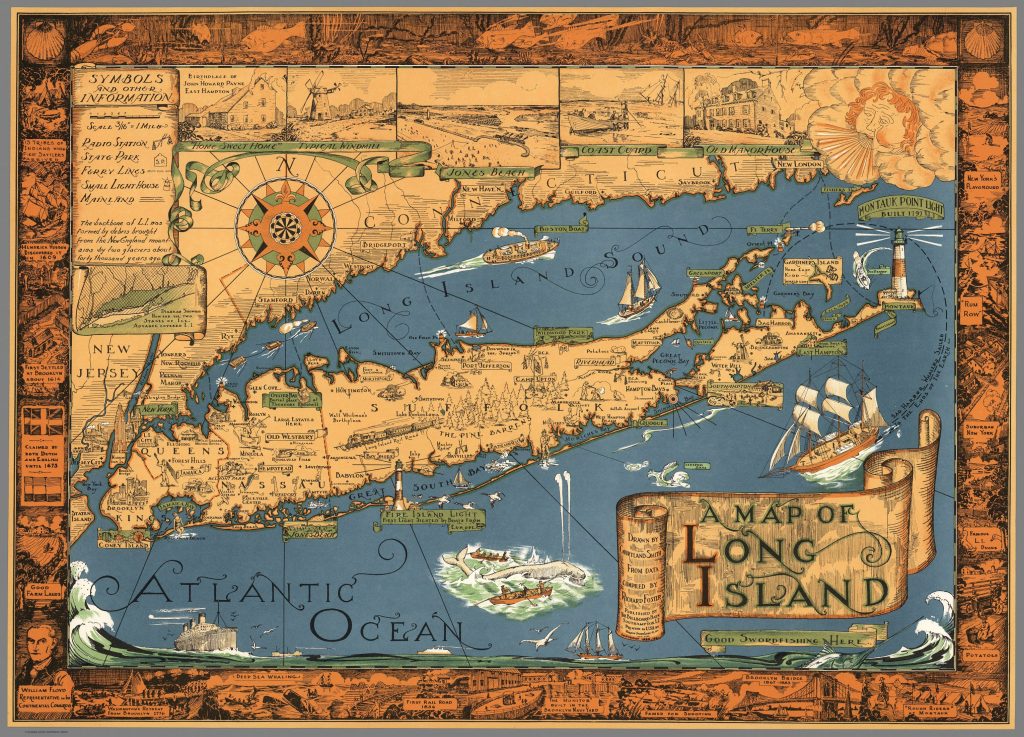 Shopping for ‘locally grown produce’ wasn’t a declaration of ‘natural living’ or ‘going gourmet,’ it was simply fact of life. I can remember shopping at local farm stands with my mother, regularly, for everything from tomatoes and corn to string beans and apples. Back then, Long Island was positively rural, so much so that when my parents moved out from the Bronx, my uncle jokingly quipped that they had moved to ‘The Sticks.’

Then came a wave of rapid and intentional change. Spurred on by the end of agricultural subsidies, local land prices skyrocketed as farmers, left with no other choice, sold off their plots. As the farms were bought up and paved over, local development was both fanatically encouraged and heavily subsidized, firmly establishing Long Island as the suburban extension of New York City in all but name.

Curiously, however, just as the final generation of Long Island’s farmers were selling off the last of their lots, the first seeds of a completely different kind agricultural undertaking were being sown – those of Long Island’s very first vineyard, established in 1973. This singular act would in turn develop Long Island into a critically acclaimed wine region within the span of just four decades, and give rise to such vaunted wineries as, you guessed it, Pindar. 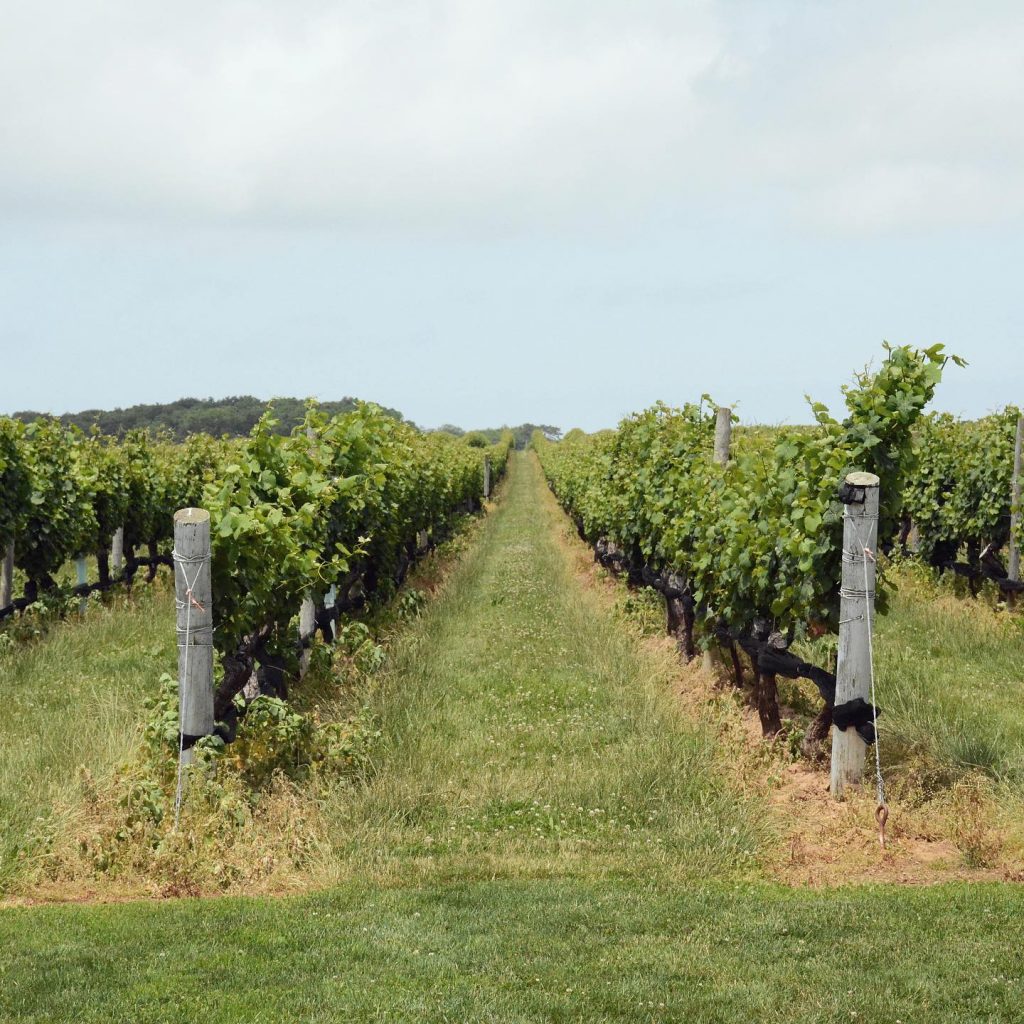 In contrast to Greek or Italian winemaking, both of which draw from traditions older than recorded history itself, winemaking on Long Island is barely four-decades old. Long Island’s forks, where most of the vineyards are located, by comparison to Mendoza or Napa, make for rather cramped geography, and there are obviously no foothills or volcanism to take advantage of. In contrast to Italy, Long Island’s maritime climate features torrential rains that can, quite literally, rot away crops, and, on the other end of the spectrum, droughts that can starve away even the hardiest of vines.

Add on flooding, hurricanes, infamous Nor Easters, harsh winters, and exorbitant land prices, and Long Island seems like an area most winemakers would seek to avoid.

Yet, despite all of that, Long Island wine is considered by countless critics to be the home of the best wines on the Eastern seaboard, with the Wine Industry Advisor commenting in a January 30th article of 2018 that “Long Island wines have earned their place among the top tier of American wines.”

To that point, the very best Long Island wines are said to be the best balanced. Restauranteur Mike Mraz is quoted in a 2012 Saveur article as saying of Long Island wine that “It’s not earth-driven, rustic, Old World, and it’s not the fruit bombs of the West Coast. We’re in between…Balance is a hallmark.”

On this, I wholeheartedly agree.

However, that same Saveur article attempts to attribute the success of Long Island wines in part to the local temperatures, saying that “Sea breezes keep temperatures moderate.”

As a lifelong Long Islander, let me be the first to proclaim that they could not be more hopelessly wrong.

Now, perhaps I’m just unlucky, but I’ve yet to have those ‘moderating sea breezes’ off the Great South Bay prevent the river outside my office window from transforming into solid ice…from rushing water…in the span of an afternoon. 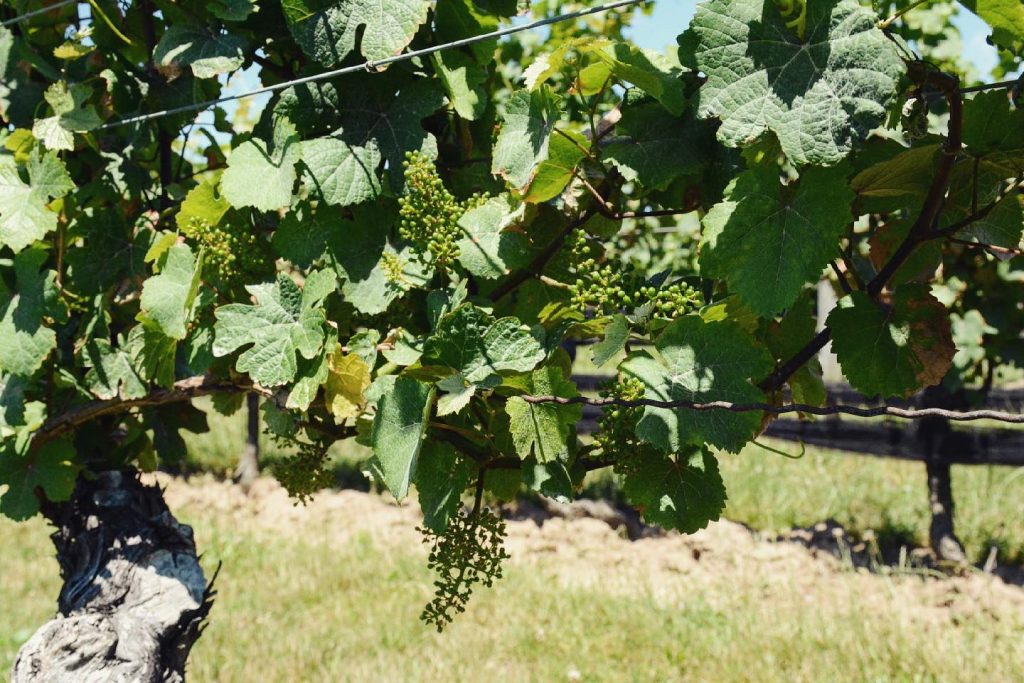 So much for ‘moderating’ temperatures courtesy of the salty sea air.

Beyond that, I have yet to read or hear anything conclusive that would explain away the success of Long Island wine based purely, or even largely, on its location. This is one time where I’m going to have to defer solely to the dedication of the winemakers themselves who, obviously, have found ways to not only tailor their crops to the local maritime climate, but to in fact thrive in it.

Now, with all of that background and explanation out of the way, we finally come to today’s wines, courtesy of Pindar Vineyards. 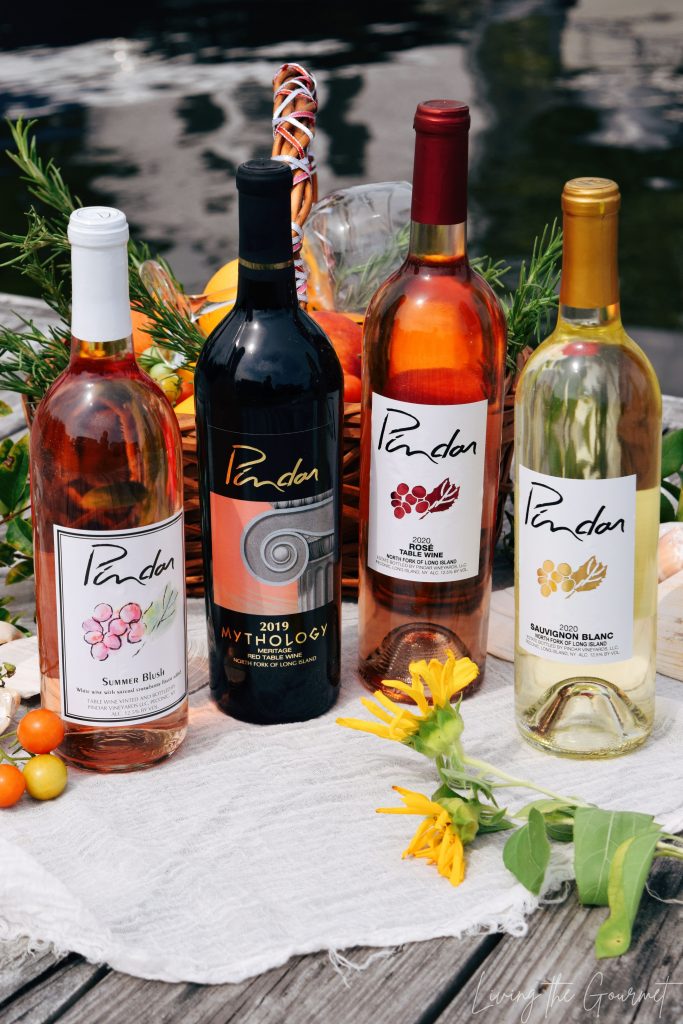 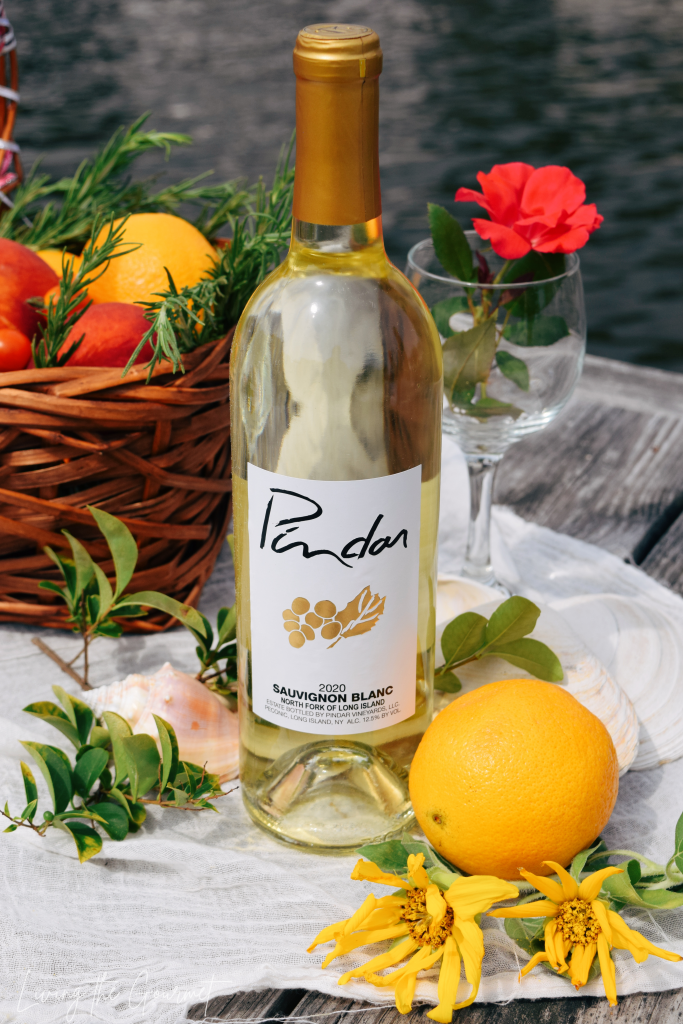 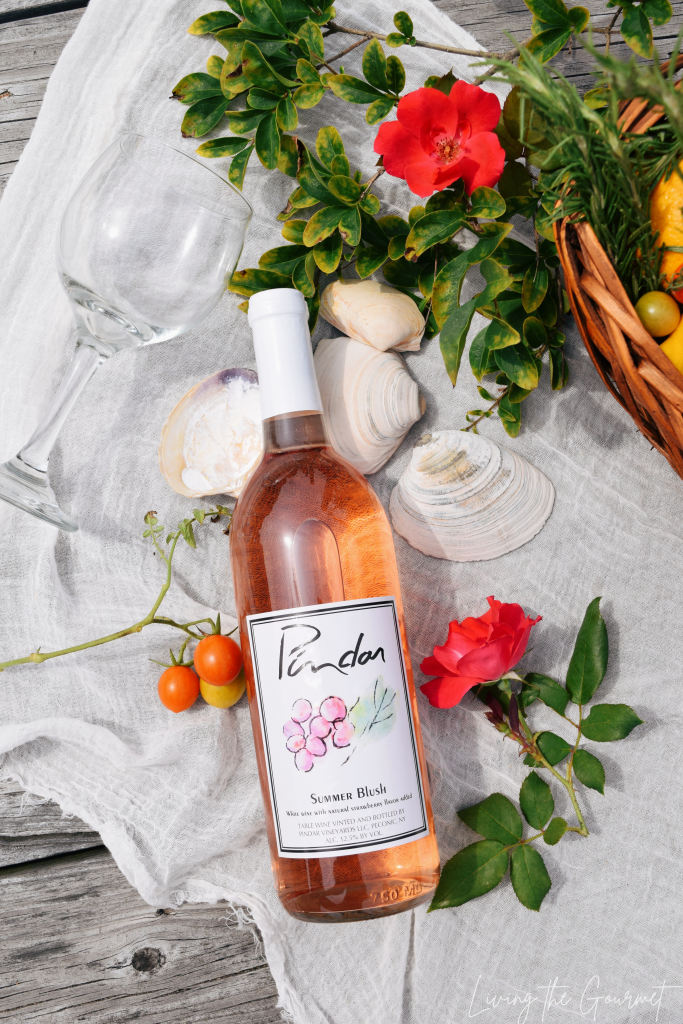 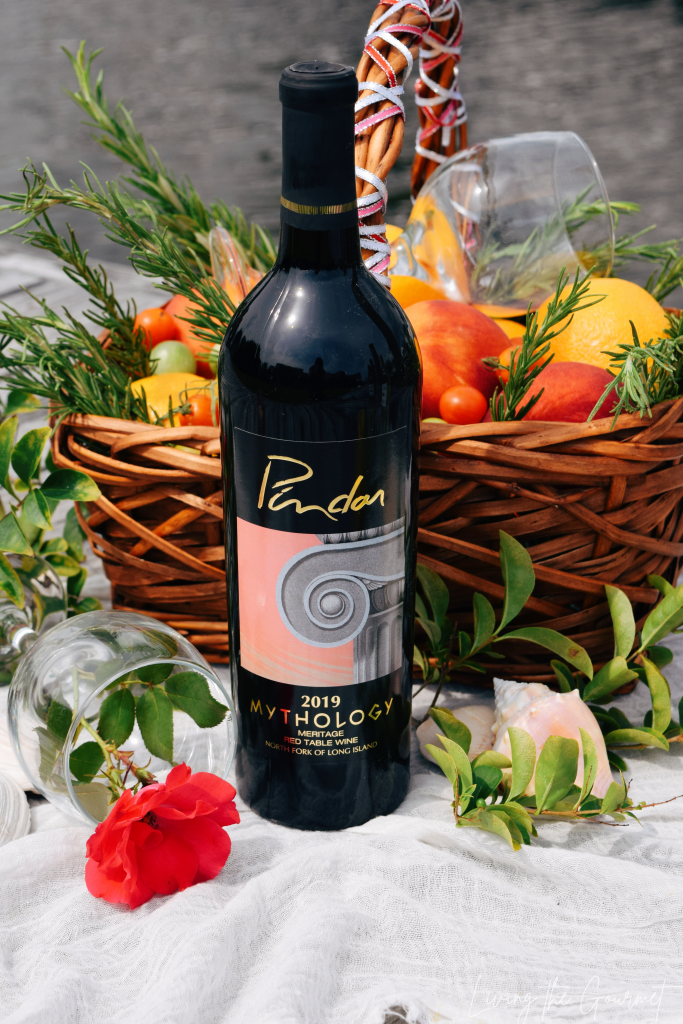 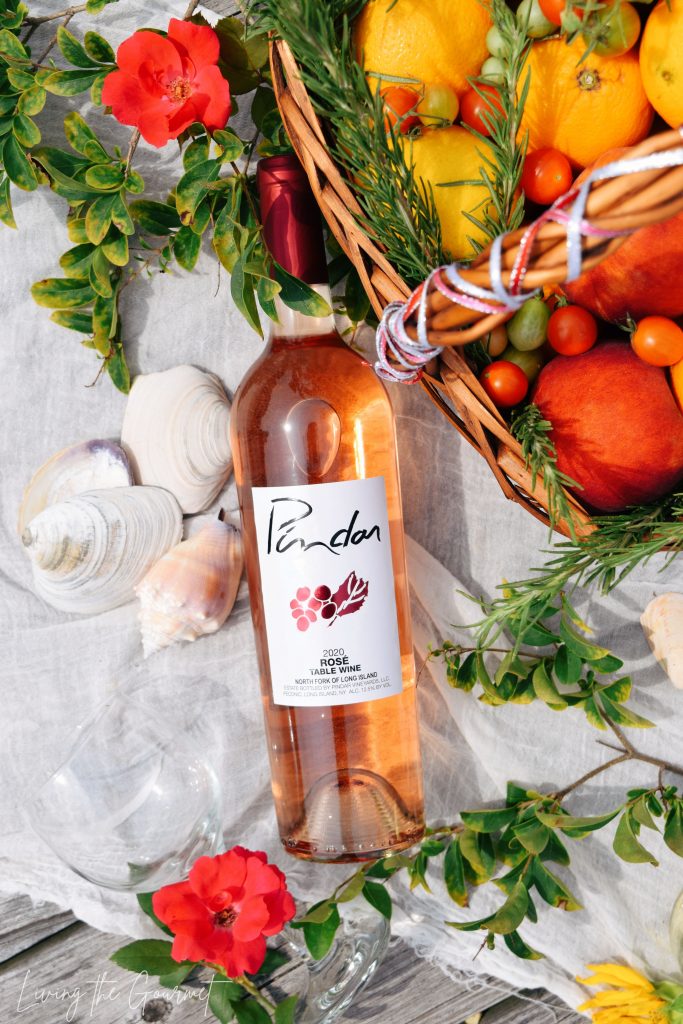 1) The 2019 Sauvignon Blanc opens with a bouquet of white fruit essences and bright citrus notes, framed in white flowers and freshly cut grass. On the palate, the white fruit notes carry over quite nicely, largely in the form of crisp apple and pear, set against a backdrop of pleasant citrus notes. The wine is pleasantly acidic, and features a lasting finish.

2) The 2019 Mythology introduces itself with ripe red berry essences. Deeper into the glass, the red berry notes are mixed with herbal essences, essences tinged with a pleasant spiciness, while the berry aromas ripen considerably. On sampling, juicy red fruit notes, grounded in decidedly herbal qualities, are dominant from start to finish, with vanilla or almond notes laced throughout.

3) The 2020 Rose starts with characteristic tropic and citrus notes. Think melon, pineapple, and apricot. The palate is simpler than the aromatics would suggest, but pleasantly so, feature sliced strawberry with subtle hints of ripe red fruit, while largely dropping the citrus and tropic notes from the aromatics. A pleasant and refreshing wine.

4) The Summer Blush opens with sweet strawberry notes on the nose. On the palate, the wine is pleasantly sweet and very fruit forward. This is definitely a warm weather wine, best enjoyed out in the sun with friends, think summer barbecue or sun drenched beaches. 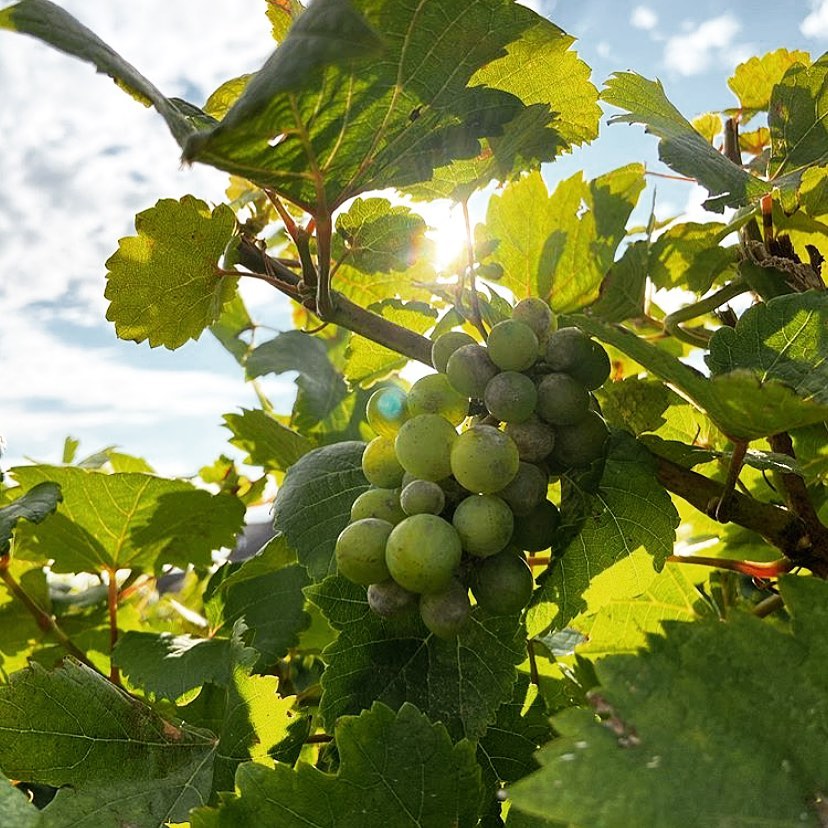 With the Sauvignon Blanc you want light poultry and mild seafood dishes. Think ‘by-the-book’ sauvignon blanc pairings. In addition, this particular bottle would also pair excellently with something like Chicken Appetizer Meatballs paired with a Sweet Sesame Gremolata. You might also consider Cranberry and Candied Nut Phyllo Cheese Tartlets.

The 2020 Rose is very much what I think of as a ‘summer rosé’ for sipping outdoors on the porch, or with light barbecue or grilled seafood. To that point, think of things like a refreshing aguachile set over tuna in lettuce cups prepared with mango, hearts of palm, and red onion. You might also consider something like grilled peaches, avocados, and brined feta wraps as a delicious ‘warm weather’ pairing.

With the 2019 Mythology there’s what I would consider the ‘traditional’ or ‘by the book’ pairings, and some ‘nontraditional pairings.’ To start, I could easily see this pairing deliciously with something like pasta tossed with a rosemary, butter, and garlic sauce, which would be a ‘lighter’ pairing than one might otherwise think to pair this wine with. The rosemary and butter, I believe, would play deliciously with this wine. For more traditional pairings, consider a steak board prepared with roasted potatoes, homemade tortillas, and a sundried tomato and parsley chimichurri. You might also consider a roasted rack of lamb crusted with plenty of herbs and garlic, as I did here. In the area of pasta, think spicy red sauces, think garlic and oil with toasted breadcrumbs, or, if you’re in the market for something hardier you might consider a crisped pasta bake, such as ziti layered with fresh tomatoes, toasted bread crumbs, and fresh basil, topped by a dense layer of either Jarlsberg or mozzarella cheese.

The Summer Blush is best served with fresh fruit, light cheese, light barbecue, or simply with good company and conversation.