Today we’re preparing pan-fried pork chops, which are great as a satisfying weeknight meal. We’ll be battering them in a mix of seasoned breadcrumbs with fennel, garlic, and pepper, and then frying them stovetop to achieve a crisp outside and a moist and tender interior. No dry pork chops allowed here. 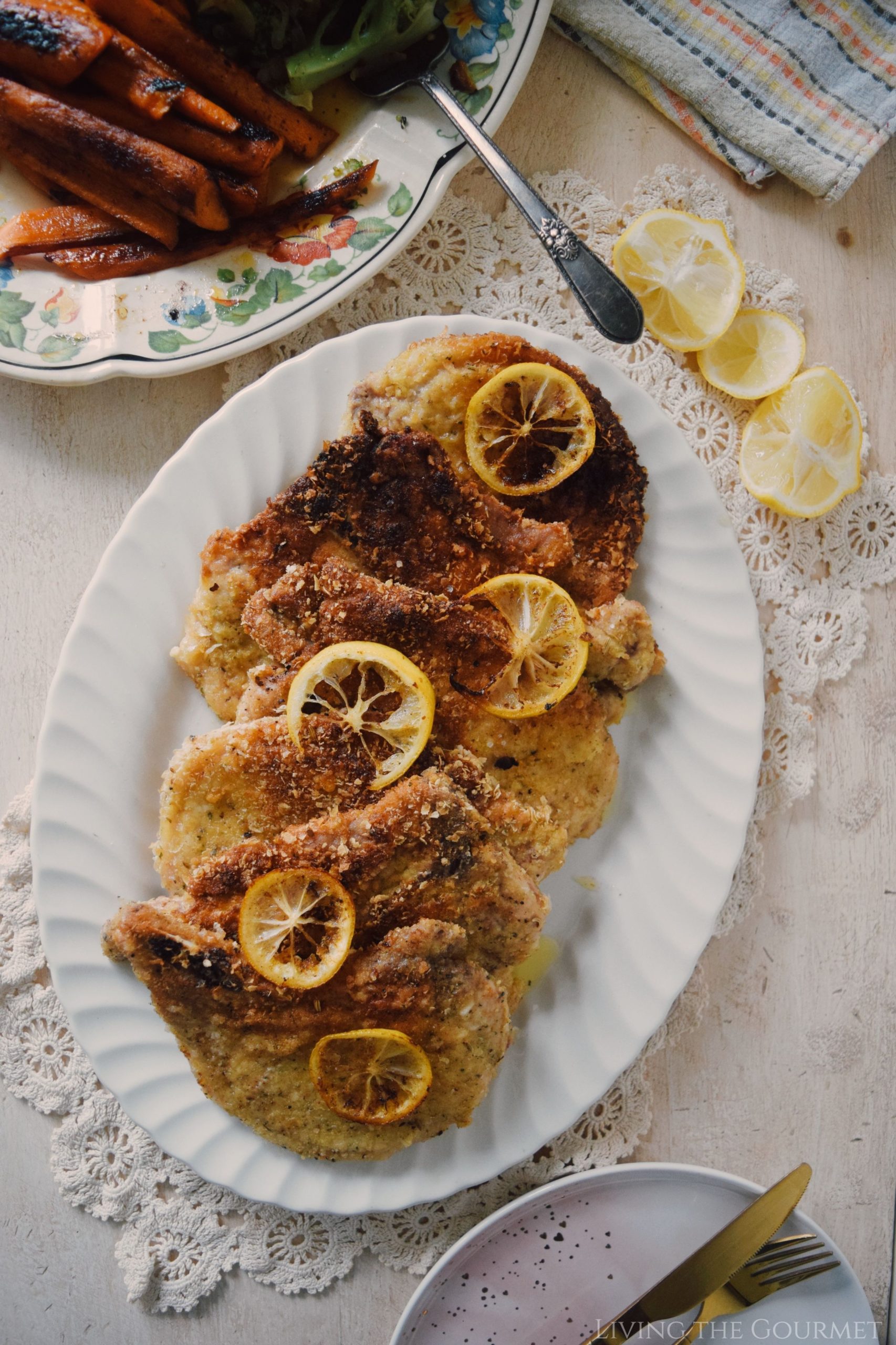 1) Italian Style Breadcrumbs. These are probably the most common type of breadcrumbs on American store shelves after ‘regular’ breadcrumbs, but what are they ‘really?’ Basically, they’re ‘regular’ breadcrumbs but with some combination of dried basil, oregano, and parsley, along with a copious amount of salt and black pepper – and that’s pretty much it, though some brands may include red pepper as well. Oddly, Italian-style breadcrumbs are rarely toasted in olive oil, and even when they are the olive oil is usually a cheap ‘light’ olive oil.

2) Oil For Frying – Olive Oil or Vegetable Oil? The rule of thumb is this – olive oil gives superior flavor and health benefits, but ‘only’ when cooking at lower temperatures of no more than roughly 350 degrees Fahrenheit, or when barbecuing over ‘gentle’ flames. Use vegetable oil for pretty much every other cooking application. The reason is that most olive oils have a relatively low ‘smoke point,’ which is the temperature at which the olive oil begins to burn away, giving your food a rancid taste and sapping its nutrients. Curiously, the lower the quality your olive oil, the ‘higher’ its smoke point. In fact, ‘Light’ olive oil actually has a higher smoke point than vegetable oil, while Extra Virgin Cold Pressed olive oil will start to burn away at merely a ‘low simmer.’ However, since we’re not ‘deep frying’ the pork chops, and since a fair bit of the oil will be seeping into the meat, we want the superior flavor of a quality olive oil. 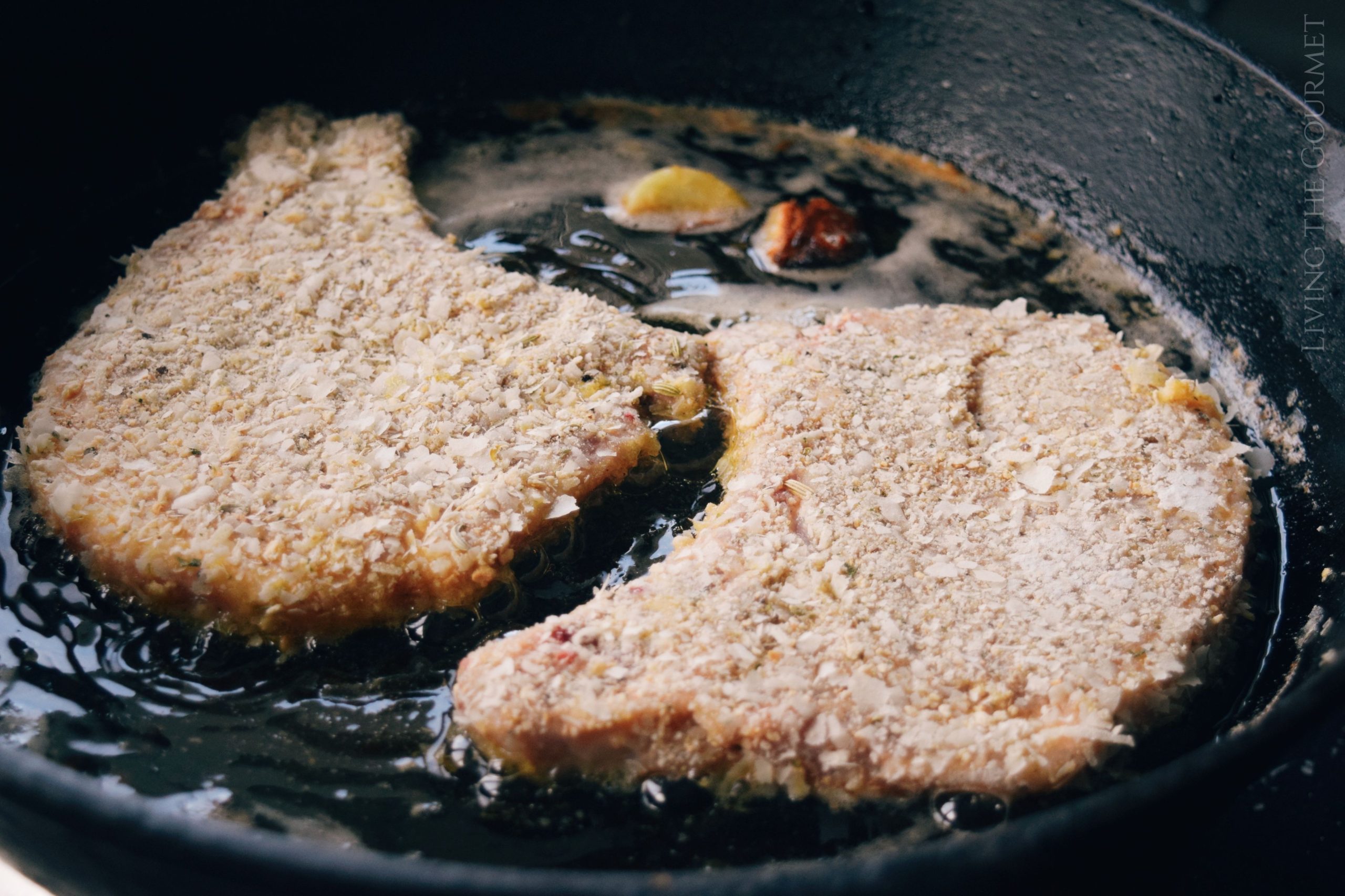 3) Fennel Seeds. These have a similar taste and aromatic profile to fennel, which is to say ‘fresh licorice,’ except notably subtler than their ‘whole’ or ‘grown’ counterparts, and without the need to account for chunks of fennel in the recipe. In other words, they pack less of a punch but are easier to cook with. In things like stuffing, stews, and roasts, the ‘flavor’ of the seeds is largely overpowered, making whole fennel preferably in such recipes, lest they take a decidedly background role. However, in recipes like today’s pork chops they bring an unmistakable ‘herbal sweetness’ to the flavor profile.

Substitution: Anise seeds are the closest substitute in terms of flavor, and can stand in at a one-to-one amount. Beyond that, according to Leaf other substitutes include cumin, caraway, and dill. 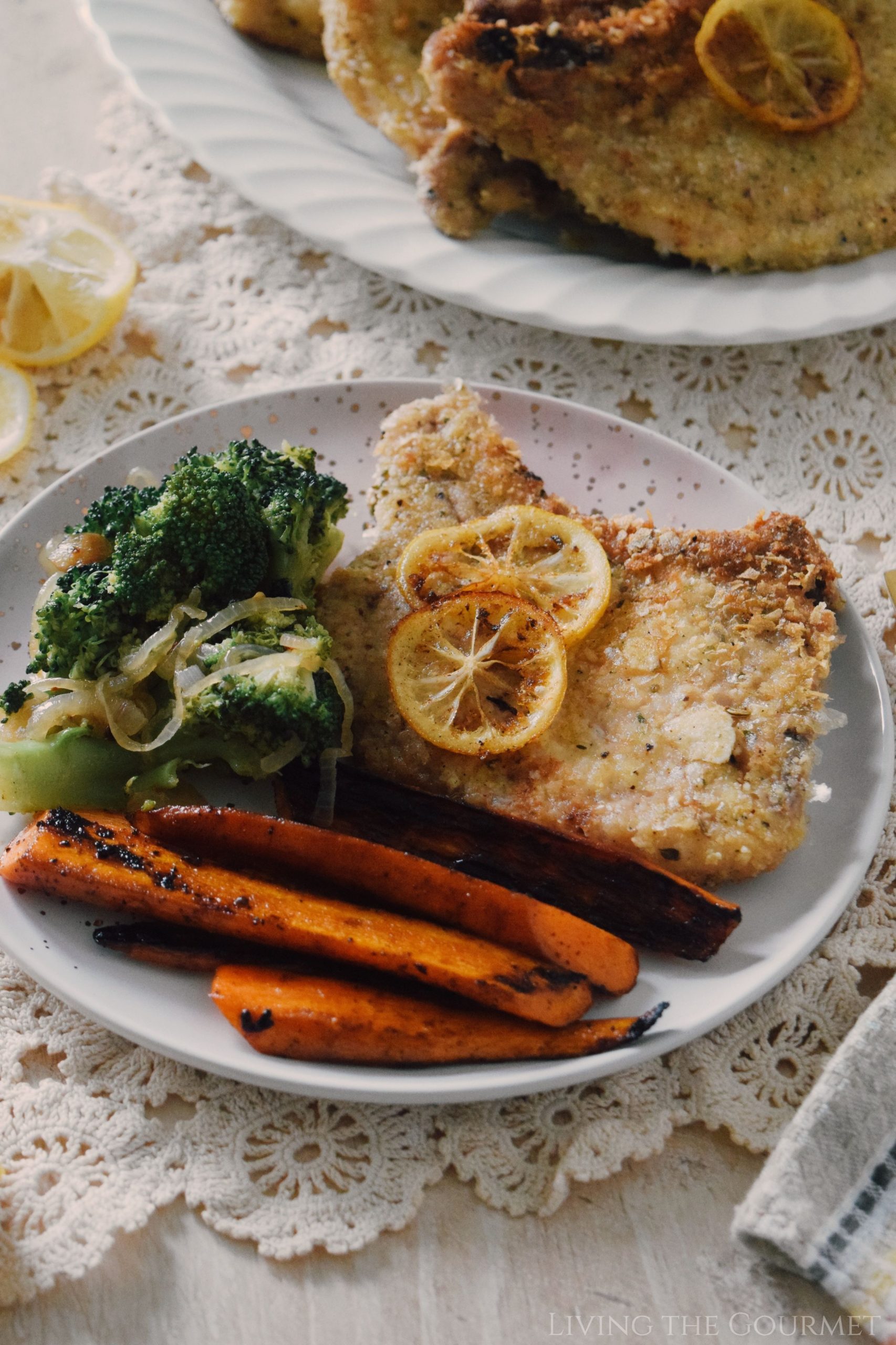 Pork – A Brief Primer on Cuts

The Cut of the Loin. The pork loin is a large cut of meat, running from the back of the animal’s shoulders to the front joints of its hind legs. This area of the animal receives very, very little ‘exercise,’ and as such is the most tender part of the pig. From this area of the animal, we receive cuts like tenderloins, loin roasts, rib and loin chops. However, this tenderness comes at a price – that being that these cuts are the most sensitive to heat and cooking time, as these cuts go from tender and juicy to rubbery and dry. There is no in-between. This is why these cuts are regarded as ideal for chops, where precise and constant control over the cooking time and temperature can be exercised.

Pork Shoulder. The shoulder features cuts that are well marble, swathed in copious amounts of fat, and thus are quite tasty. However, they also contain a lot of connective tissue, which is simply unpleasant (if not impossible) to chew on. This makes these cuts ideal for cooking methods that combine long periods of time and low to medium temperatures, such as stewing, braising, soups, and ‘low and slow’ barbecuing. These cooking methods dissolve the connective tissue while preserving the fatty flavor. 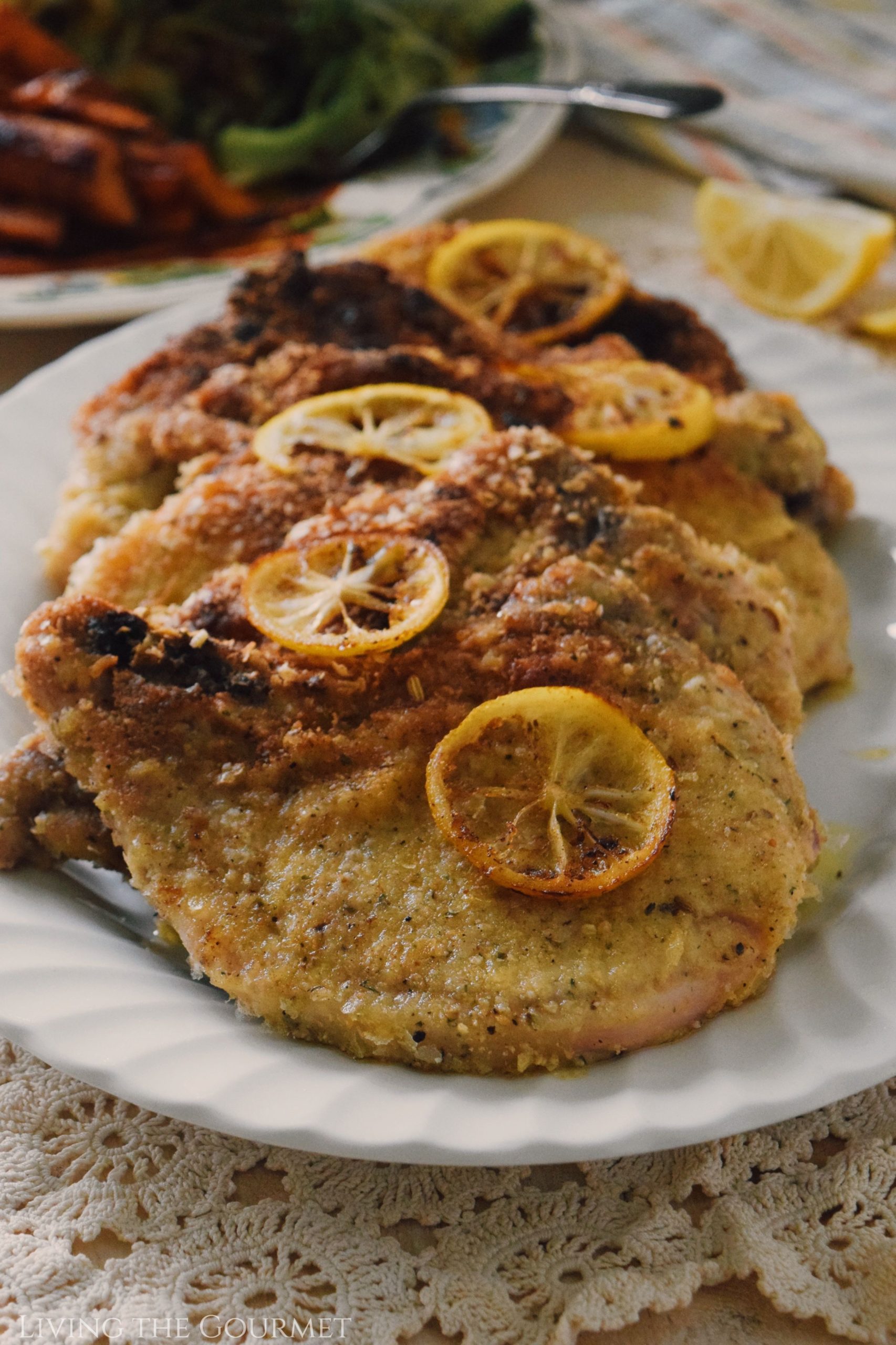 The Leg. Divided into ‘shank ends’ and ‘sirloin halves,’ both of which come labeled as ‘fresh hams.’ However, there’s no need for confusion, since both are used for the same thing – roasting and smoking. Fresh hams (both kinds) are characterized by a thick layer of skin, beneath which is the source of the cut’s flavor – a swathing of fat. Cooking methods revolve around keeping the skin intact and preserving the fat – since without keeping the skin in tact the cut will bleed away its juices, and without the fat the meat will lack any flavor at all, while becoming bitterly dry. As such, roasting, smoking, and brining are the ideal methods of preparation.

Side and Belly. Bacon. Need I say more? The side and belly are also the source of things like spareribs. Layered in walls of unworked fat, the pork’s belly is far and away the most flavorful area of the animal. This sky-high fat content makes the side and belly cuts ideal for grilling and smoking but very little else. 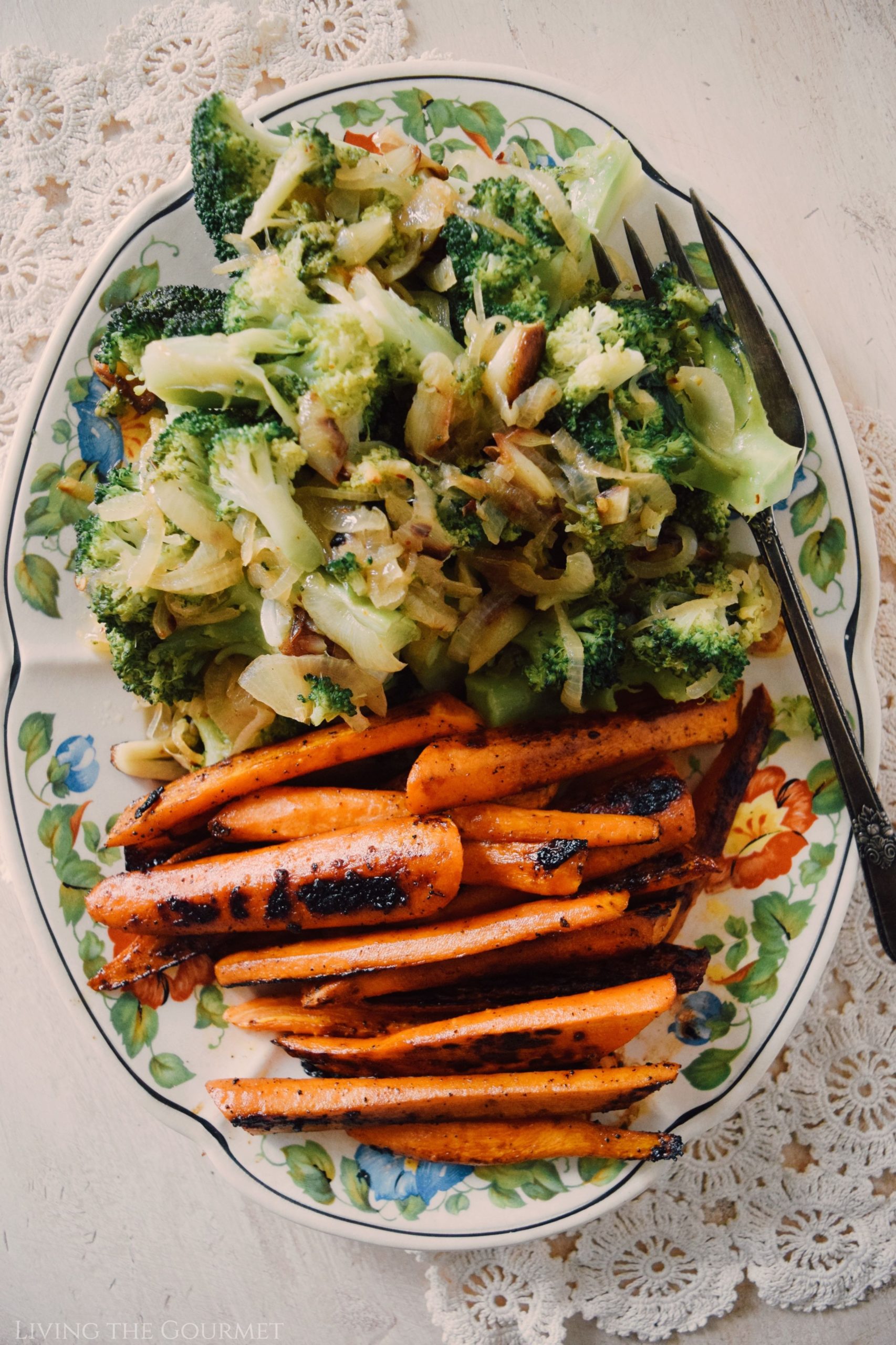 1) A Cold Drink. Fried pork chops and a cold drink are a match made in heaven. However, imagine fried pork chops and your ‘favorite’ drink, your favorite drink mixed by an expect mixologist. That’s where Drinkworks comes in. Think of Drinkworks as the “Keurig of Home Bars,” simply pop one of their drink pods into the machine, and out comes a delicious chilled ‘adult beverage’ (no ice required) that tastes like it was mixed by a master. With dozens upon dozens of drink pod flavors to choose from, including Margarita, Cosmopolitan, Mojito, Moscow Mule, Whiskey Sour, White Russian, and Old Fashioned, among many others, there’s something for everyone, every palate, and every food pairing.

2) Homemade Onion Rings. I’m of the opinion that onion rings pair well with just about everything, and I wouldn’t hesitate to make a batch to serve alongside to today’s pork chops. I prepare my onion rings with just a hint of spice, and a thick, dense batter that crisps up beautifully during frying. You can grab my recipe here.

3) Spicy Jalapeno and Orange Salad. A simple fruit salad prepared with oranges, mint, jalapeno, fresh basil, and nutmeg. This salad packs a nice kick, while remaining crisp and refreshing, while being blissfully simple to put together.

If you have flour, potato flakes mixture and egg wash left you and mix them together and form a patty and fry it. 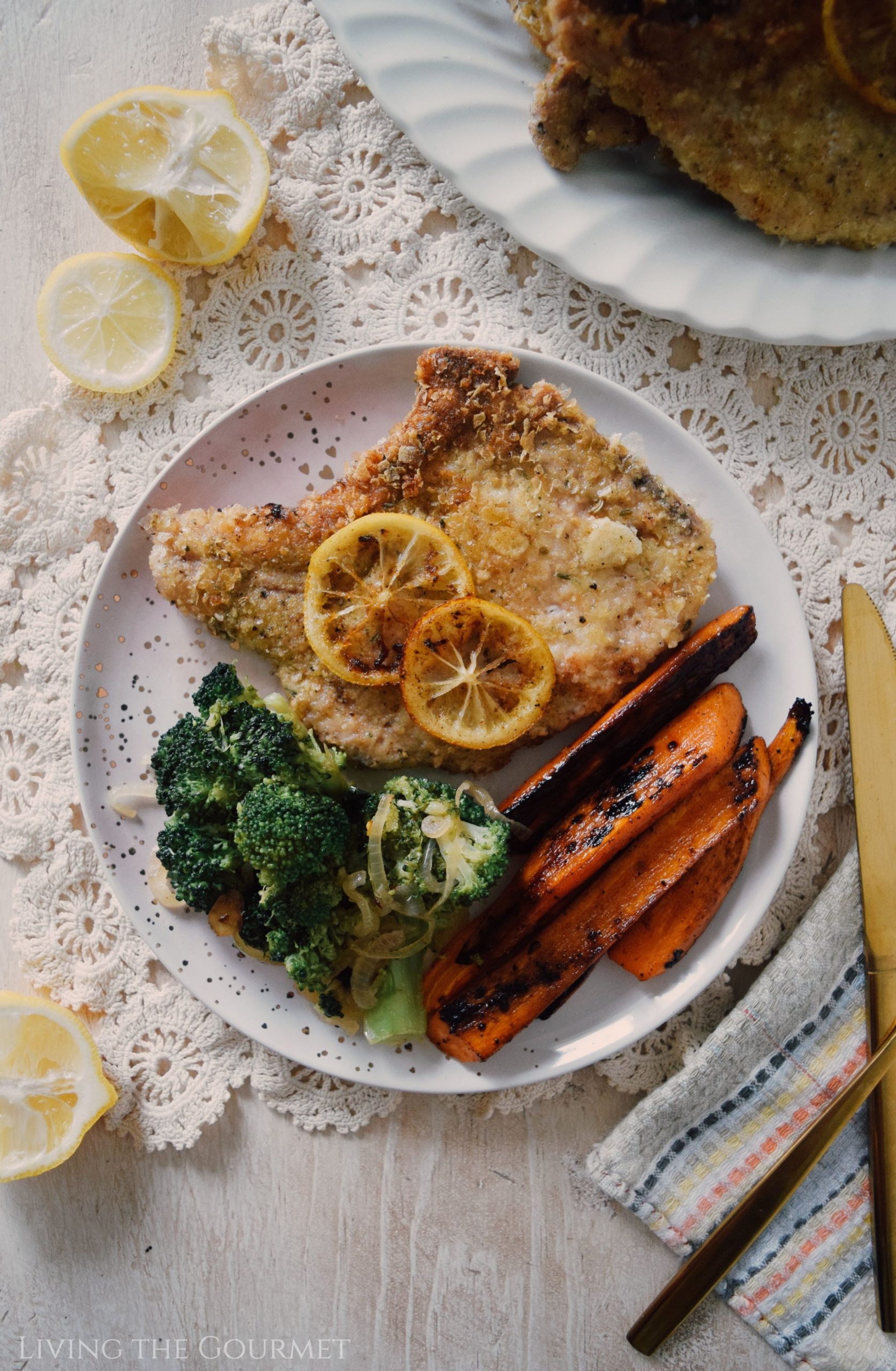