These slightly sweet, buttery pastries are filled with a fruit jam and served traditionally for Purim. Today’s recipe features a crisp cookie folded around a date and citrus filling then baked to golden perfection. 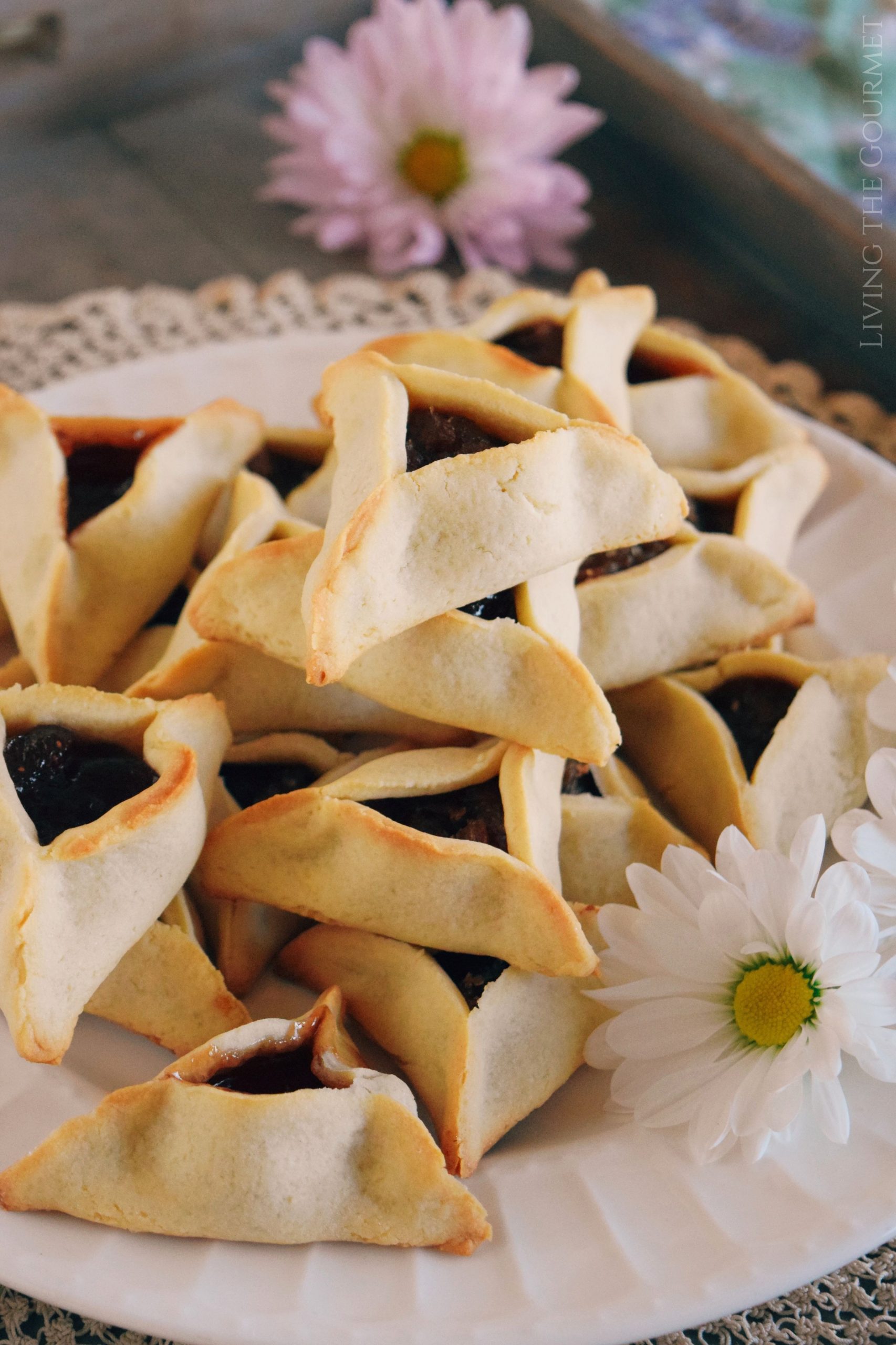 Hamantaschen are a beautiful dessert that can be enjoyed equally beside a cup of coffee or tea. Though the recipe may reveal itself to be quite simple, do not be fooled so easily. I’ve heard some can find these little gems to be dry or not sweet enough depending on where you buy them; but like with many other dishes, Hamantaschen are best when homemade. Today’s recipe will guarantee a softly sweet cookie wrapped around a delicious fruit paste reminiscent of the past.

There is some debate over the ingredients, but I prefer to stick to the traditional recipe which calls for a dough made with butter (not oil), and a filling made of dried fruit (not chocolate) for added sweetness to this already subtly sweet confection.

So without further adieu, let’s jump into the story behind the Hamantaschen, the variations, and how to perfect these triangular cookies right at home. 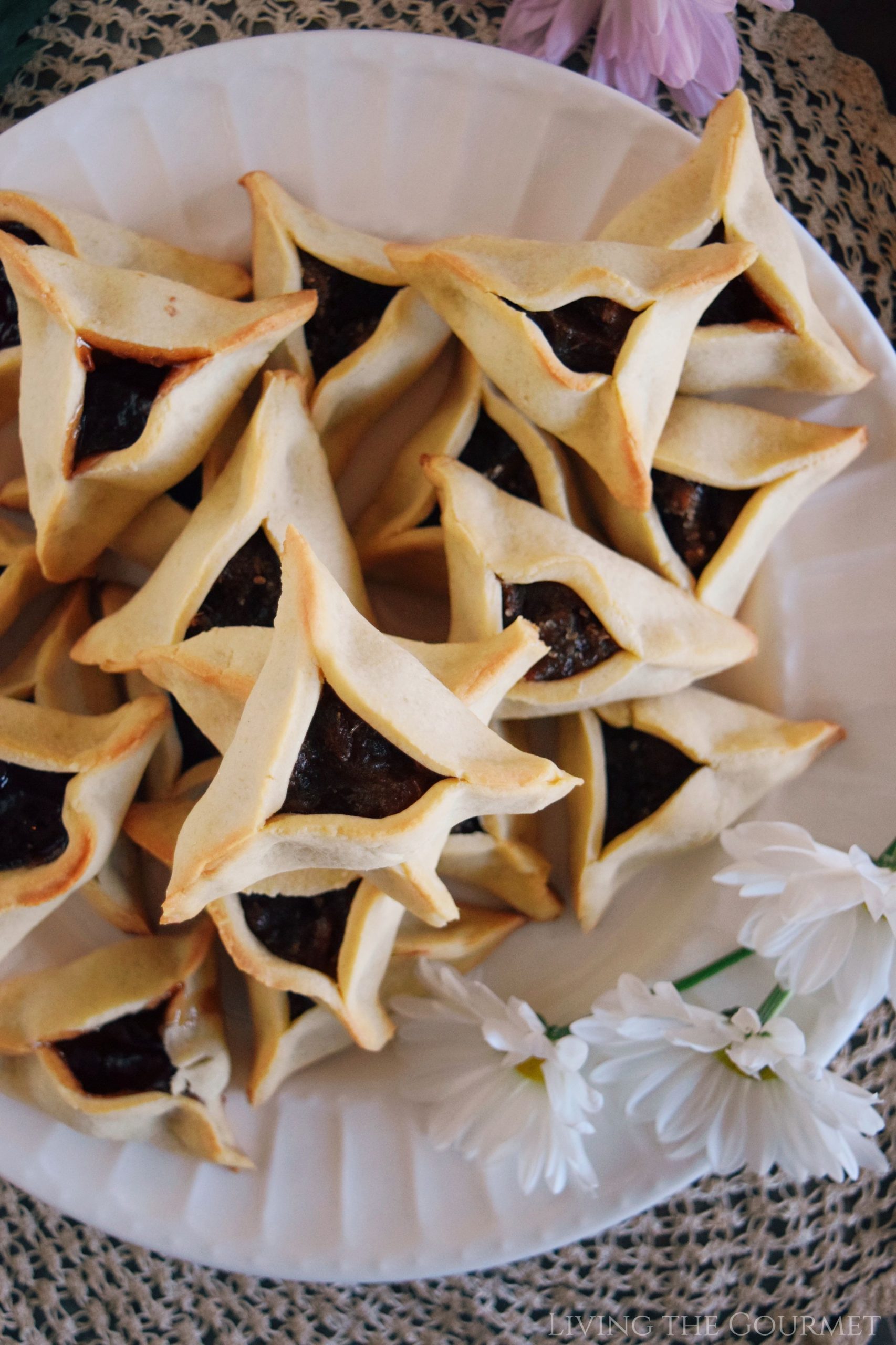 The Star of Persia

Purim is a Jewish holiday that commemorates the saving of the Jewish people from Haman, a vizier of the Persian empire who sought to kill all the Jews of Persia. However, the Jews were saved by a woman named Hadassah, or more popularly, Esther, who thwarts Haman’s intended genocide by revealing Haman’s true intentions to the emperor and influences the emperor to kill Haman instead.

So on this day, the Jews celebrate that stunning victory that saved their people, by reading from the Megillah (Book of Esther), dancing, and feasting.

Now, there are many symbols behind the Hamantaschen, and since Hamantash directly translates to “Haman’s ears”, as it was customary to to cut off the enemy’s ears before their execution, many believe that is the main symbolism. Some also believe that the three points of the Hamantaschen cookie symbolizes the three Patriarchs of Judaism- Abraham, Isaac, and Jacob. There is also the idea that these three-pointed cookies symbolize the heroine behind it all- Queen Esther, which in Persian means, star.

Needless to say, there are many hidden messages behind the Book of Esther and some beautiful takeaways we can all embrace and learn from.

1. Everything’s Better with Butter. You can fight me on this, but really? You’d try to argue that butter doesn’t make everything better? When it comes to cookies, nine out of ten times I opt for butter. Why? Because flavor and texture. When you come right down to it, you can’t beat the taste of real fat and that means butter over oil and butter substitutes. Which brings us to our next point- most cookies work best with solid fat. Those made with oil, come out crumblier and unappealingly greasy as opposed to those made with butter, which come out with a softer center and crisper edge. Lesson of the day- don’t be afraid to bake with butter.

2. Chill Out. When making shaped or cutout cookies, it’s a necessary step to chill your dough before baking and personally even when it comes to certain drop cookies like chocolate chip, I like to chill my dough if I can beforehand. It not only ensures easier handling if you have to roll your dough out, but the fat in the chilled cookie dough takes longer to melt which means less cookies spread. So, it’s a good rule of thumb when baking cookies to let the dough rest in a cool place for at least 30 minutes. 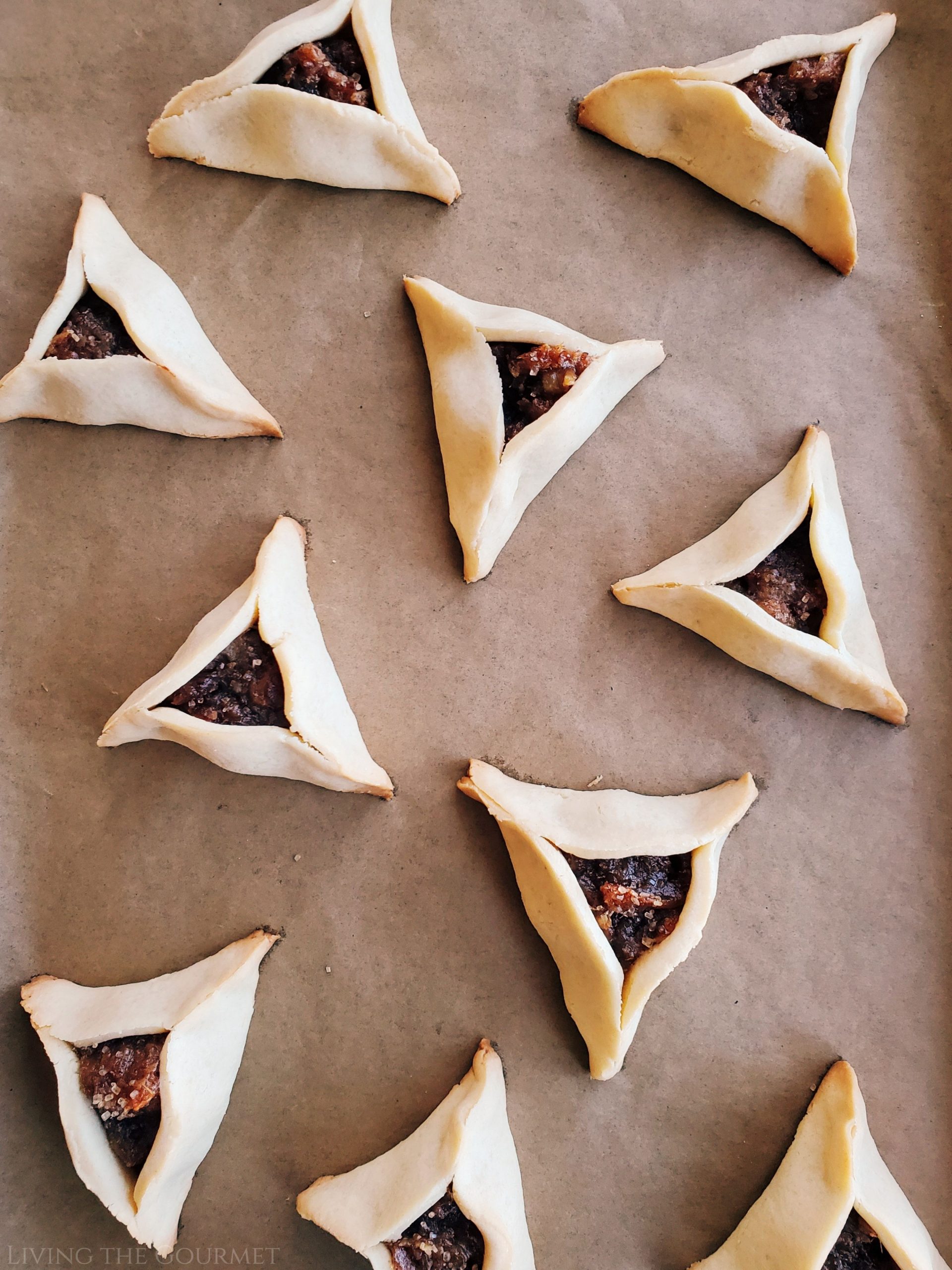 3. Sweet or Savory? Hamantaschen nowadays boast of a wide variety of fillings. You’ll find some sweet and even savory, with an assortment of fruit centers and even chocolate. Now traditionally, Hamantaschen were filled with either a prune jam or poppy seed spread, but I opted to stick with the fruit filling and prepared today’s with a date fruit and orange jam. I prefer a fruit of subtle sweetness so not to overpower the sweet cookie, but these cookies are certainly versatile enough to get creative with.

4. The Finishing Touch. The ‘secret’ ingredient to this recipe in my opinion lies within the underlying citrus notes that comes from both the cookie itself and the filling. For the cookies I added some lemon zest and a squeeze of fresh lemon juice, while for the filling I cooked down Medjool dates with marmalade. It gives the cookies that extra depth of flavor that really sets them apart from any store-bought brand you’ve tried which tends to be a little dry and bland. 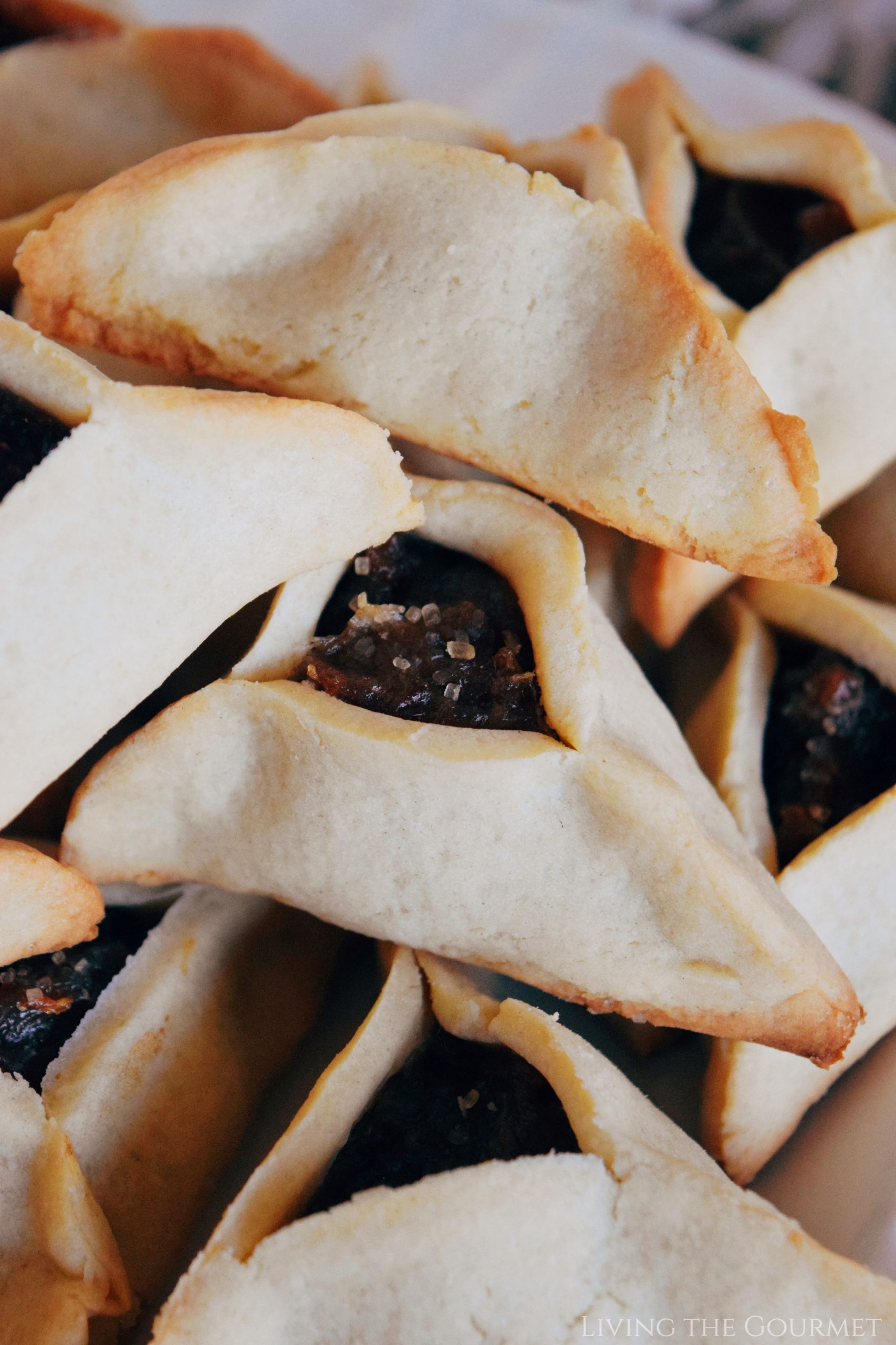 They may not seem it, but Hamantaschen truly are a perfect cookie unto themselves- soft, buttery, and just sweet enough making them the perfect delight to make and share. So in closing, may our Jewish friends have a beautiful and joyous Purim. We celebrate with you! 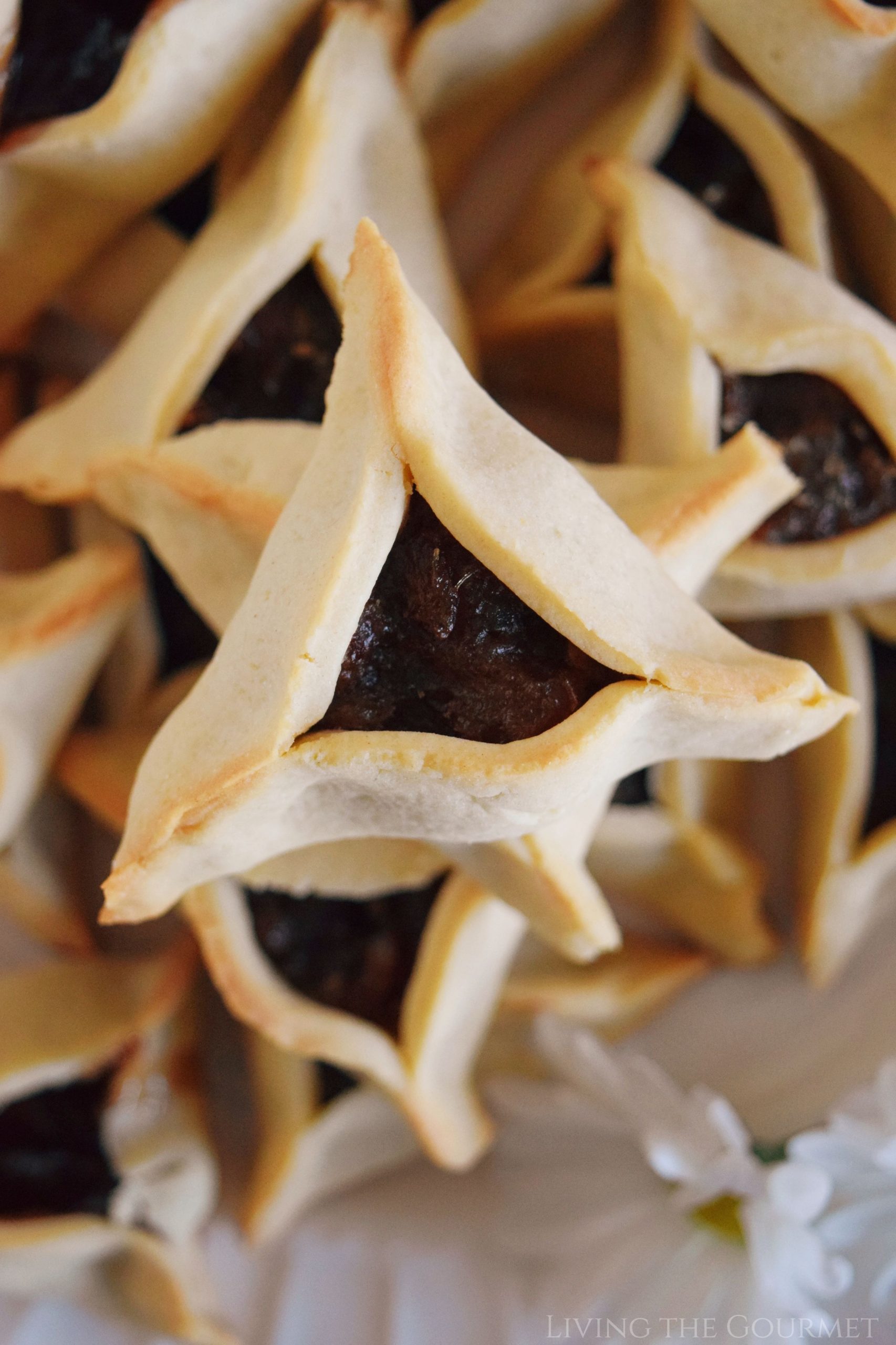 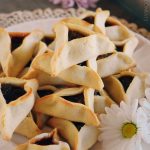 If you do not have dates or would prefer to use a different filling, feel free to substitute with raisins or prunes. You can also use apricot preserves or any fruit preserve you enjoy! 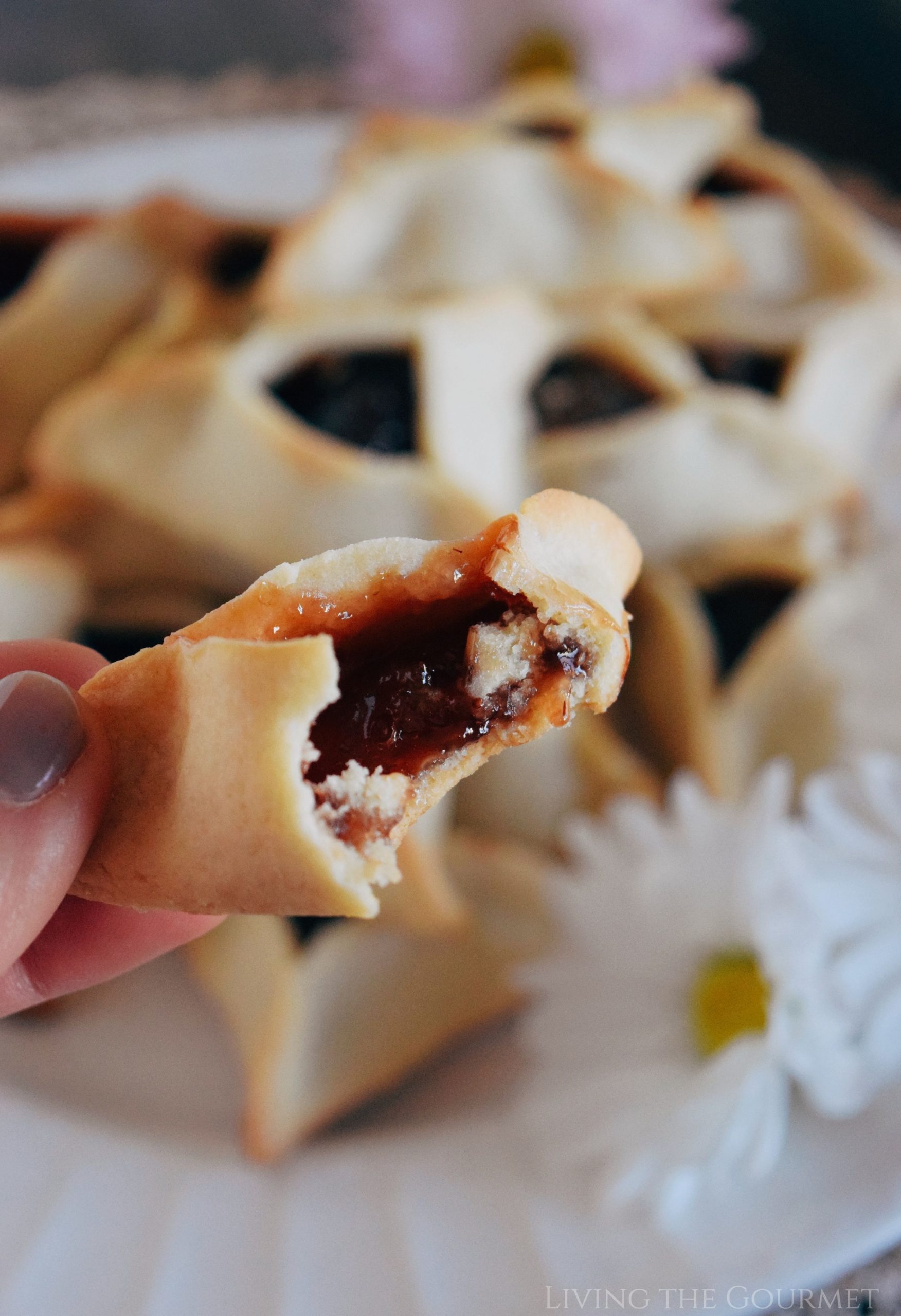