This shop has been compensated by Collective Bias, Inc. and its advertiser. All opinions are mine alone. #HuntsBestEverKetchup #CollectiveBias

Spicy Cajun-Style Shrimp is a summertime must! Today we’re serving ours alongside Hunt’s Best Ever Ketchup for a richer, flavorful pairing. 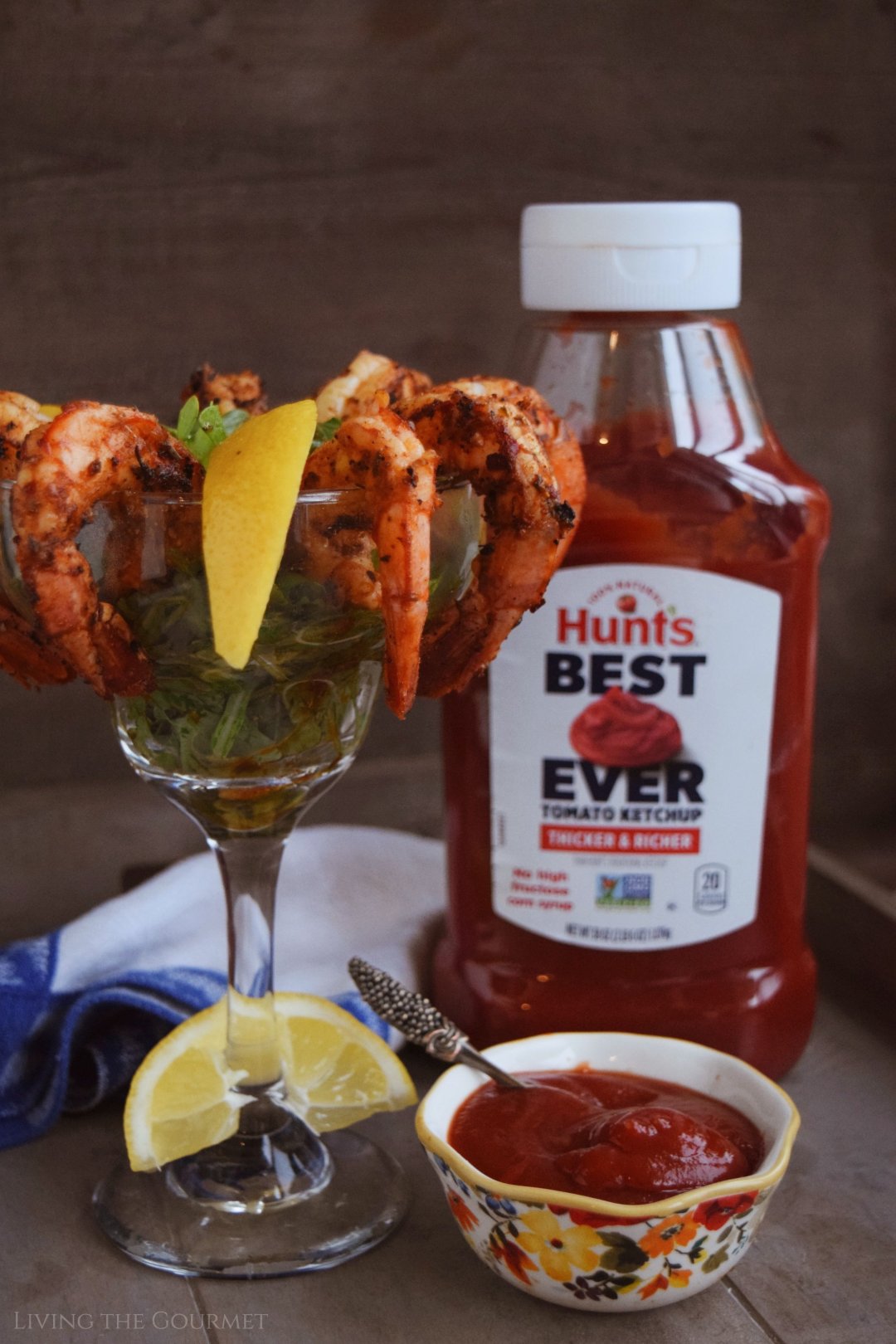 Recently, I watched a video entitled ‘100 Songs You’ve Heard and Don’t know the Name.’ Unfortunately, after it opened with Flight of the Bumblebee and Fur Elise, I realized the video was unlikely to pack much of a punch for me, courtesy of my classically minded upbringing. Other melodies included excerpts from Chopin’s Scherzo, and Mozart’s ‘Klavierstuck,’ which is German for “piano pieces.” Oddly enough, other ‘klavierstuck’ such as Roter Sand and Fruhling in Paris didn’t make the cut – cookie for whoever catches the reference.

Now, according to a listicle by World Atlas, shrimp is the most popular form of seafood in the US, and one of the most popular ways to serve it is as a cocktail. That said, I honestly can’t remember the last time I’ve ever even seen a shrimp cocktail. Perhaps it’s just me though? Or, perhaps, the shrimp cocktail, despite being the post image of how we serve shrimp here in the US, is perhaps something ‘less than ubiquitous’ on our tables?

Either way, I’ve been talking quite a bit about how to maximize ease and simplicity when it comes to your spring and summer get-togethers, be they out on the porch or in the garden. However, today we’re going to stray from that topic just a bit, since today’s recipe really makes you look like you’ve gone out of your way to impress, without ‘really’ having spent all day on the prep.

Of course, that brings us to today’s version of Cajun Shrimp Cocktails, paired with Cajun-style arugula, and a side of Hunt’s Best Ever Ketchup. More on them and their new ketchup later. 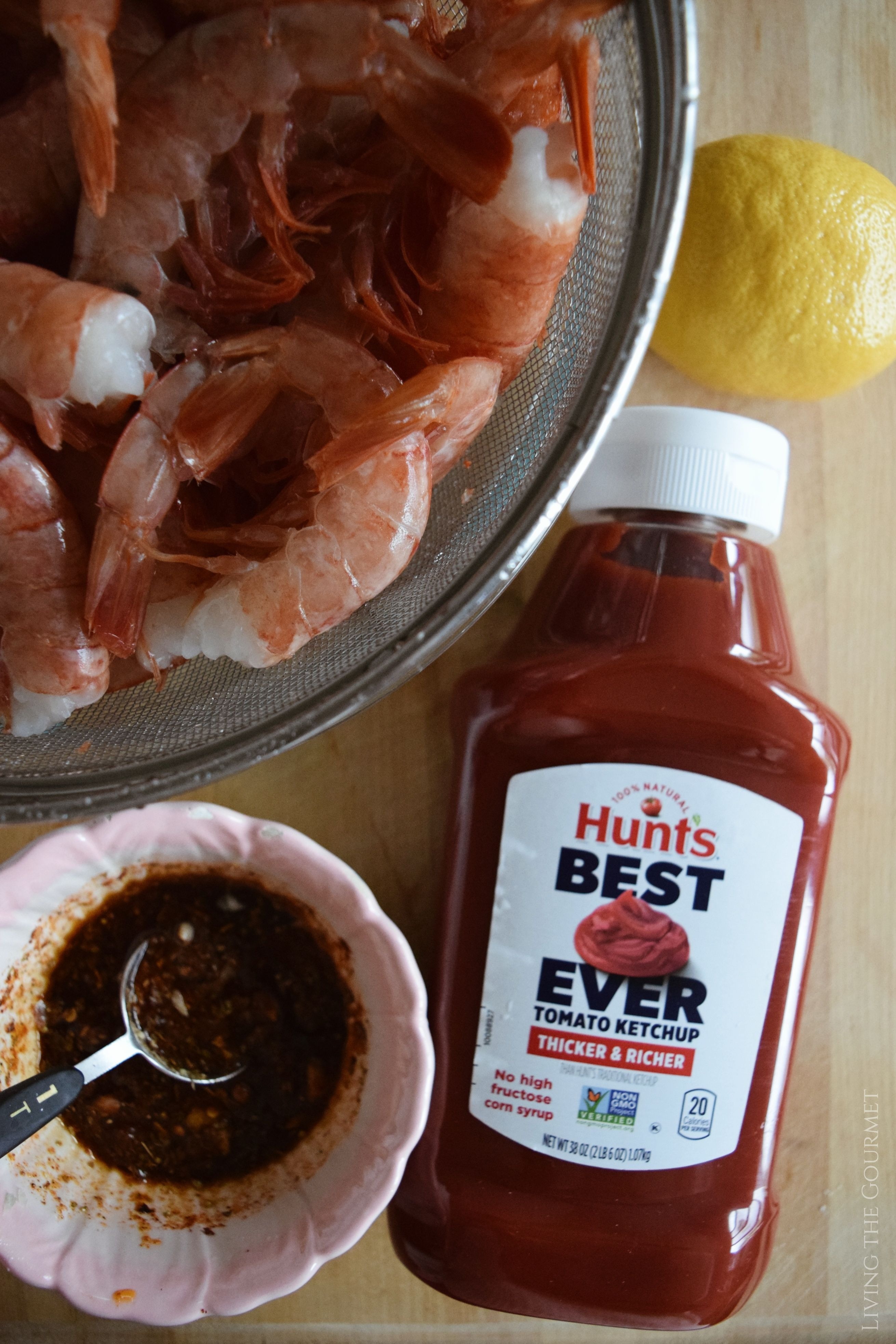 To start things off, we begin by placing several cloves of garlic, in their skin, in a dry cast iron frying pan. Over medium heat, let the skin of the garlic char slightly, and then remove it from the heat. After letting the garlic cool down, ‘pinch’ the garlic out of its skin and chop. From there, place all of the ingredients listed below for the Cajun rub in a small bowl with the garlic, and smash and mix until a thick rub has come together.

Now rub the mixture thoroughly over the peeled shrimp, and then let the shrimp sit in a bowl in the fridge for about thirty minutes. After that, heat a large cast iron frying pan with two tablespoons of olive oil, and after the pan has heated, place the shrimp in the pan and grill for two to three minutes on each side. 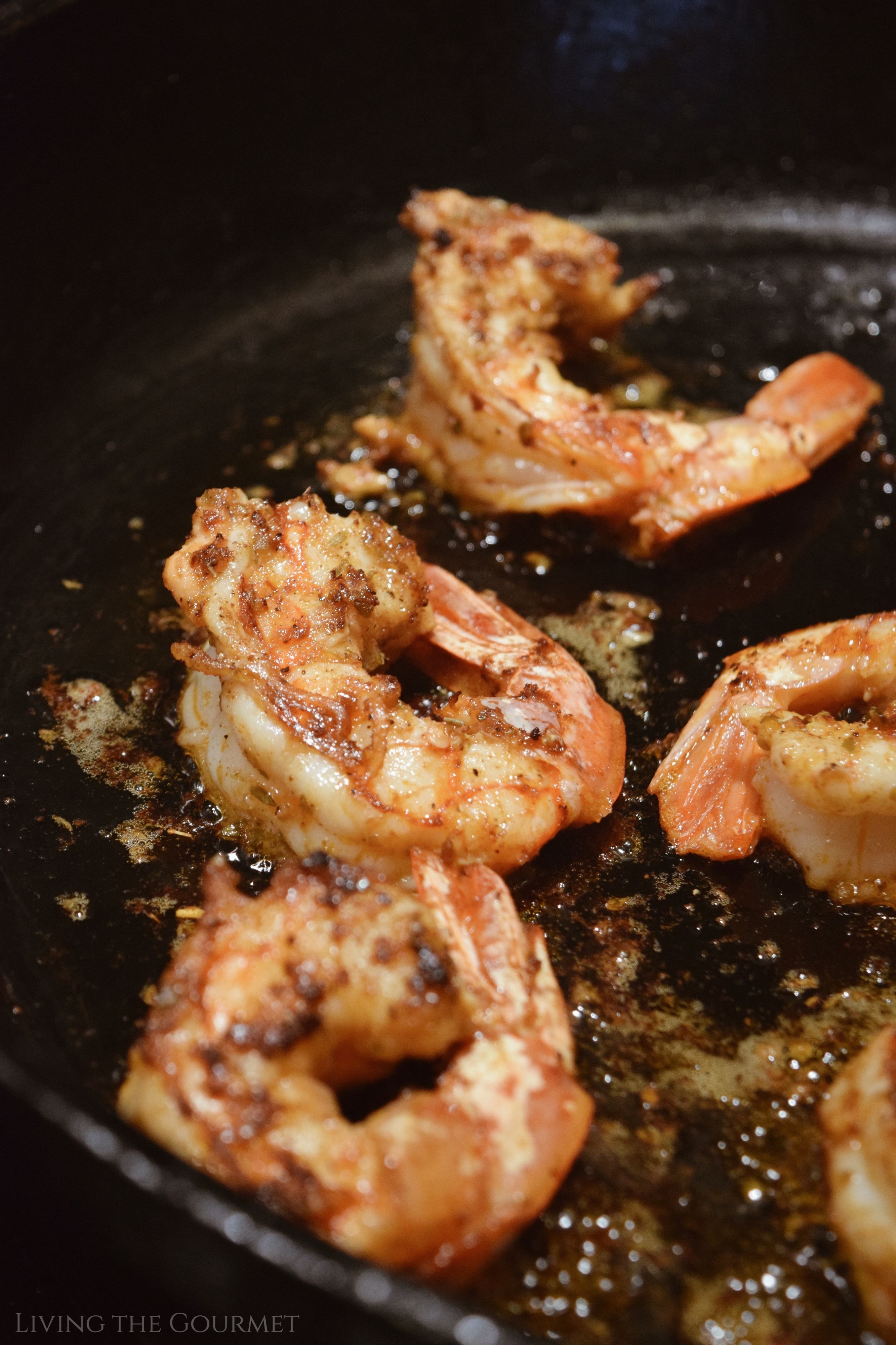 For the Cajun Salad Greens, we whip up a second batch of the Cajun rub – or of course, you could just make double beforehand. Now, toss that rub with the arugula, and after that it’s time to begin building the cocktails.

To start, set a portion of the salad in the middle of each of your serving glasses – a generous pile and then simply ‘hang’ or ‘wedge’ the shrimp along the rim of the glass, with lemon wedges for garnish.

For dipping, since these cocktails are quite spicy to begin with, I prefer a side of Hunt’s thickest, richest, best ever Ketchup, aptly dubbed Hunt’s Best Ever Ketchup, as opposed to yet more cocktail sauce or spice, which I think would just overpower the cocktail. Hunt’s Best Ever Ketchup is conveniently available at your local Walmart. You can shop in store, or have your groceries brought to your car via their Online Grocery Service. Be sure to check here if it’s available in your area. 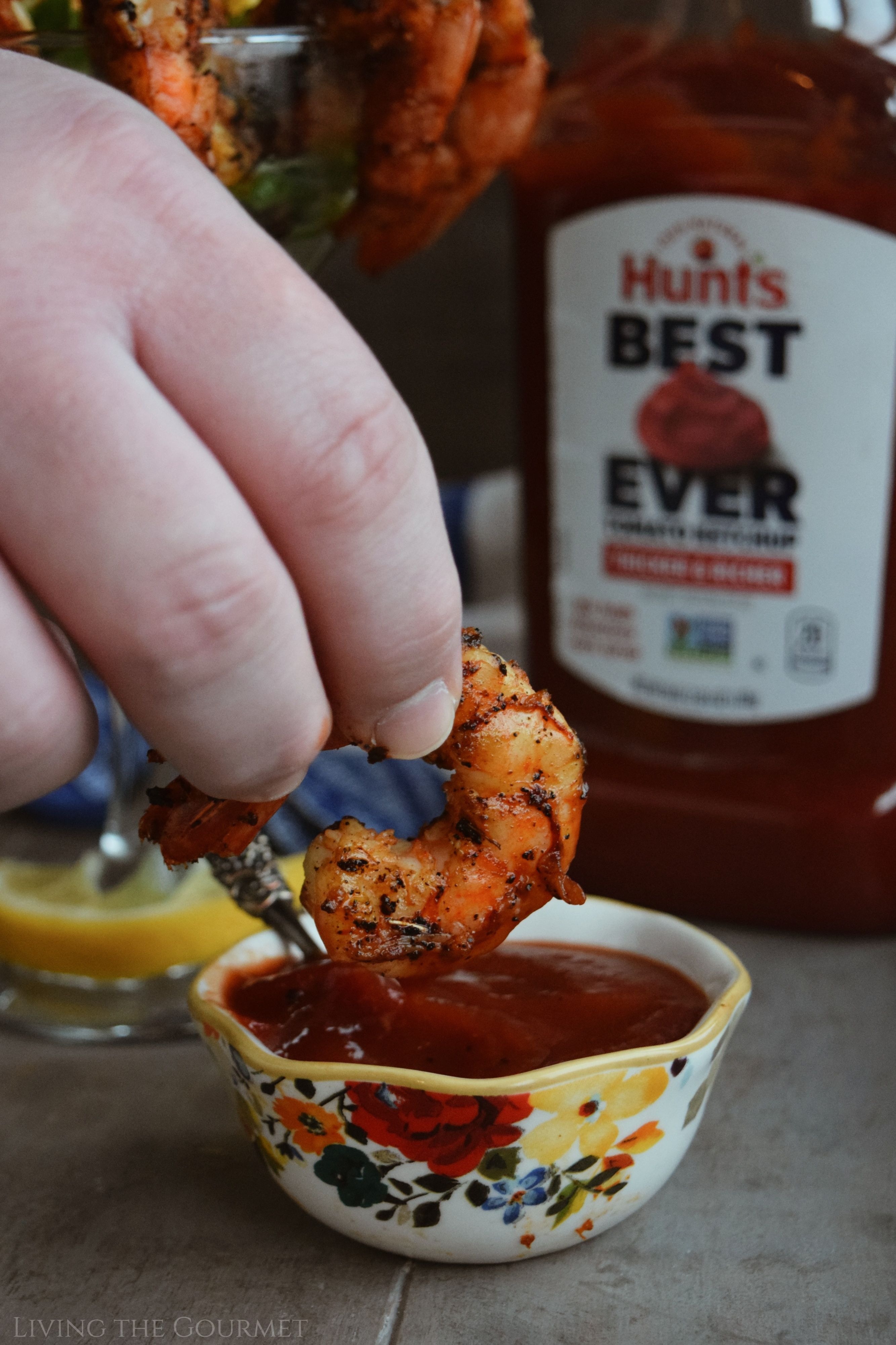 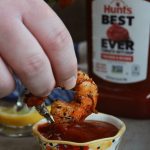 For the Cajun Salad Greens:

And that’s a wrap. These cocktails are perfect for any outdoor gathering where you want to impress your guests, and Hunt’s Best Ever Ketchup is a delicious condiment for any occasion, be it burgers, fries and hotdogs – or, as you can see from today’s recipe, just about anything you can come up with.

What are some of your favorite spring and summer weather recipes? Or what are some creative ways you might use Hunt’s Best Ever Ketchup? We would love to hear from you!