Sunday dinner isn’t complete without a big pot of sauce. Today, we’re kicking it up with a Braised Chuck Roast simmered low and slow then served alongside a hearty plate of pasta. 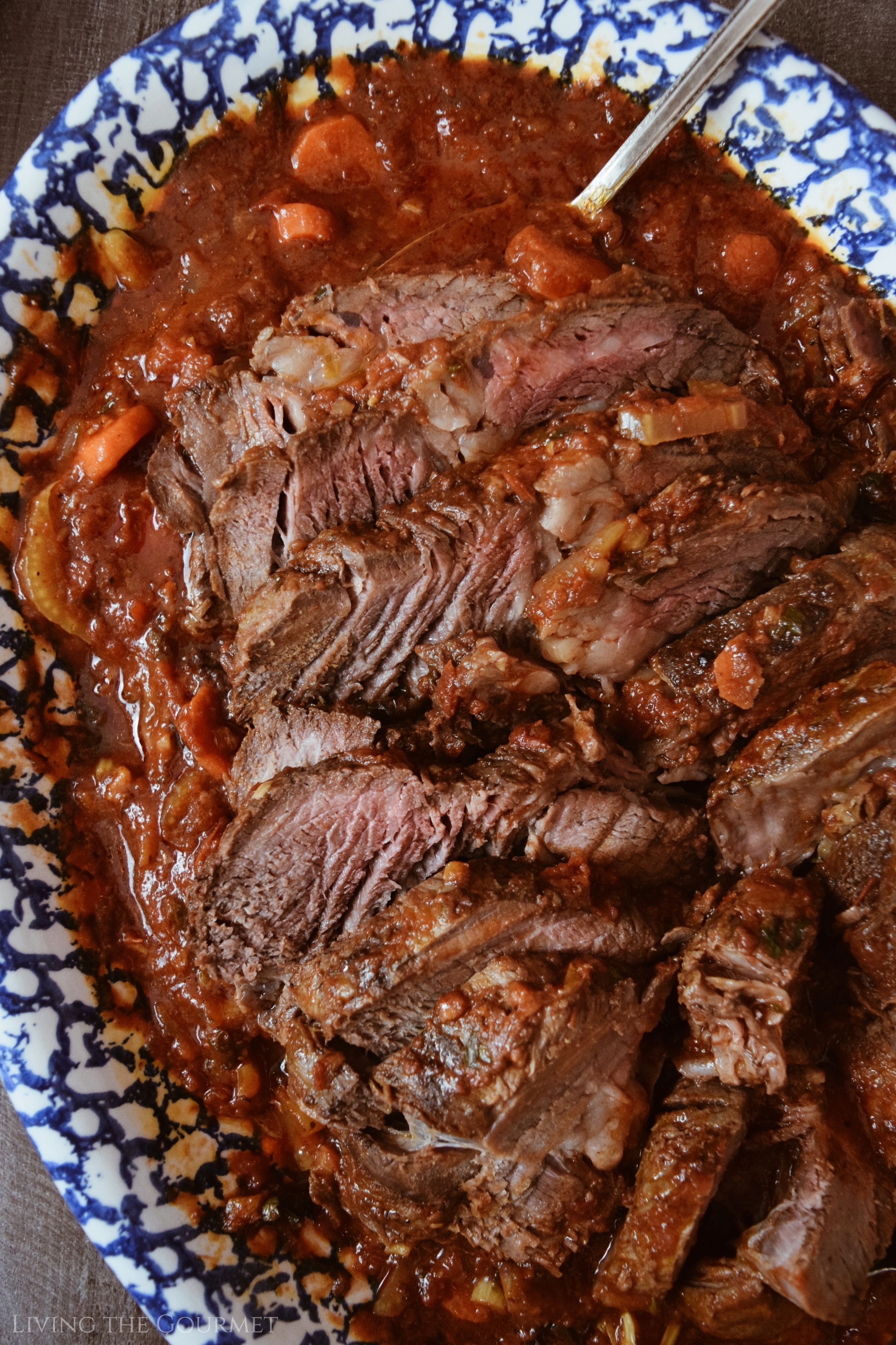 Growing up the daughter of a butcher, we ate meat at least four to five times a week – except on Friday, Fridays were strictly reserved for fish, dinner omelets, or pasta and sauce. These were days when we were taught that a Friday burger would result in sharing an eternal campfire with Pol Pot and Stalin, only for us to learn later that it was all just a heavenly April Fools.

I spoke recently about the nostalgia behind ‘Sunday Roasts,’ and gave my thoughts on a recent article on the subject from Food and Wine. These days, however, I must admit that Friday nights and Saturdays are usually when the ‘big meals’ are put together in my home. When my kids were young, “Saturday Night Parties” were a long-running tradition, nights that would have the radio blasting classic rock, and we’d serve ourselves large platters of what would start out as something resembling a ‘proper’ antipasto with cured meats and various cheeses, but which would invariably become a deliciously chaotic medley of ‘anything remotely tasty’ piled together from the pantry and fridge. These platters would often be devoured before I had even finished cooking, mind you. This would lead to something big coming from the oven, with oven fried chicken, herbed rib or pork roasts, and pasta with red sauce all being our weekend favorites. 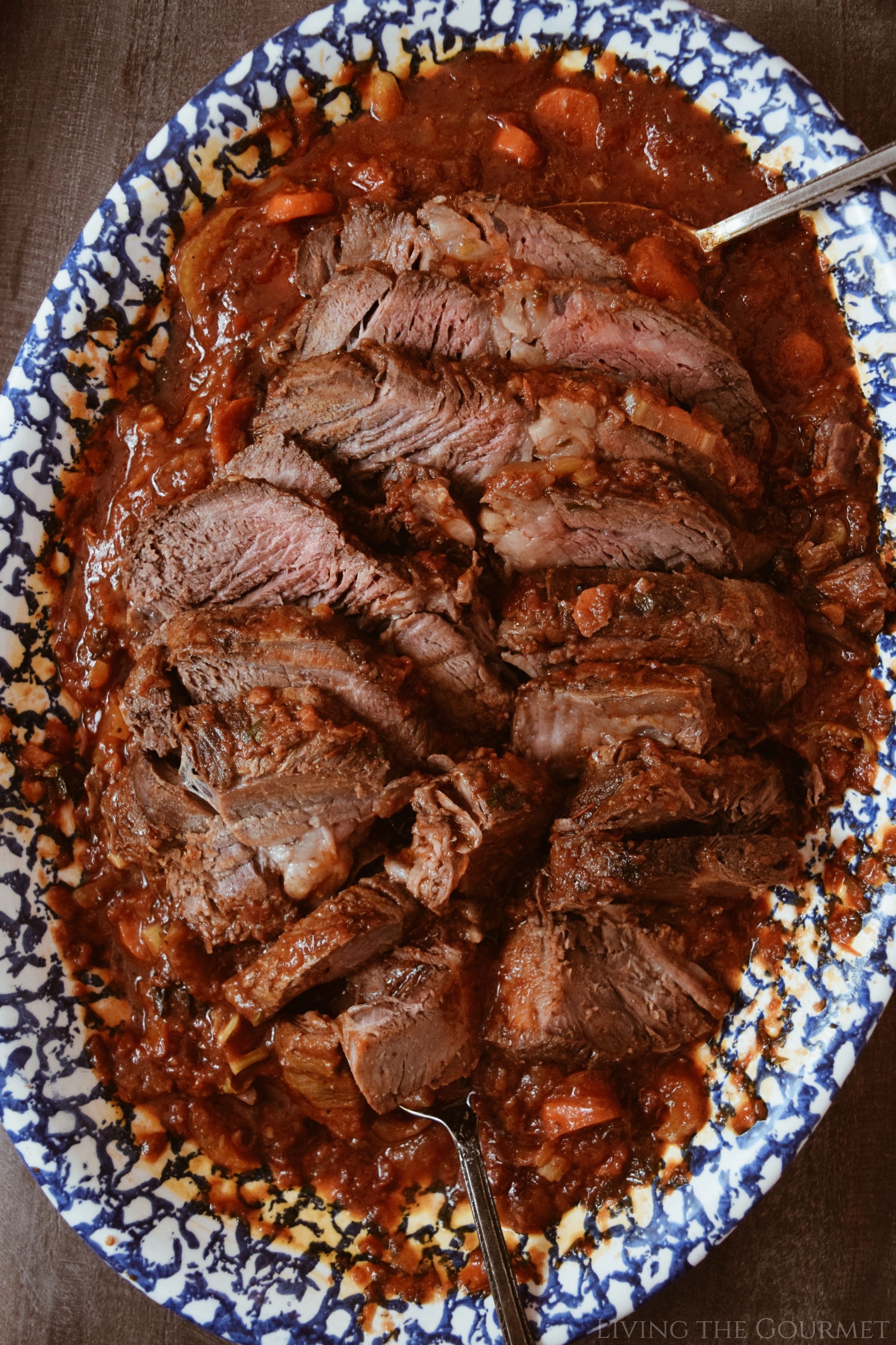 Naturally, that’s where the inspiration for today’s recipe came from.

Now, for this particular recipe, we’ll be using a simple chuck roast, and this is for a couple of reasons. First off, this particular cut has a relatively high fat to meat ratio, often in the realm of about 20%, and we want that to give both flavor and body to the sauce. Since this cut of meat is from the animal’s shoulder, that means it’s one of the most thoroughly exercised cuts, and while that does mean it’s tougher than most, that same process of exercising also means it’s one of the more flavorful. These qualities make it ideal for stewing, braising, slow cooking, or whole roasting since these cooking methods allow for a full and even extraction of its plentiful flavors, and a thorough tenderization of the meat – and that’s precisely what we’re doing here today. 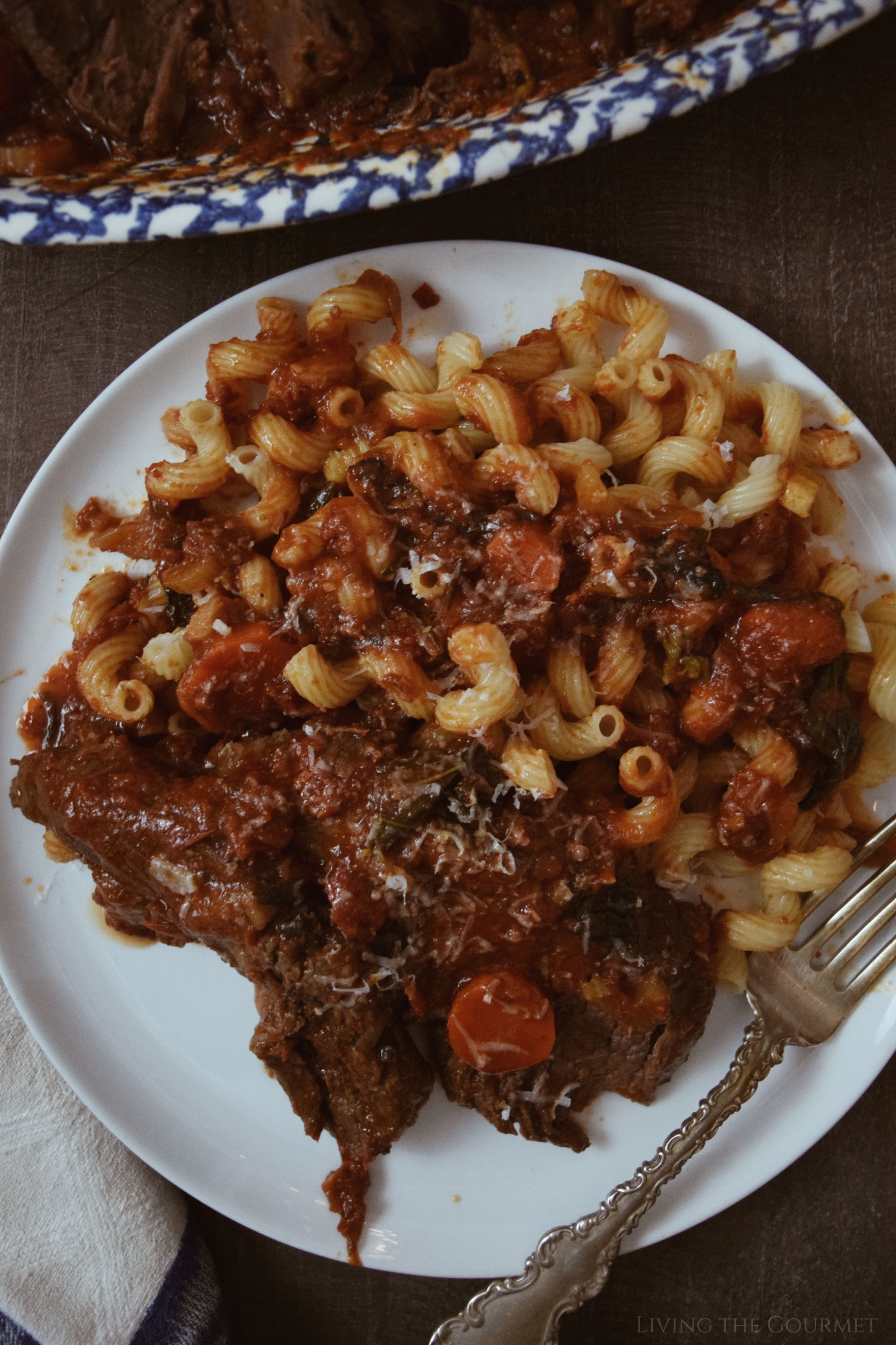 To start things off, we’re going to begin combining dried oregano, salt, and black pepper in olive oil, and then rubbing down the chuck roast thoroughly and evenly with this mixture. After that, heat a large saucepan with olive oil, and add in the meat with onions, carrots, and celery. You want the veggies and onions to brown, and during this process turn the meat a couple of times to ensure that it browns evenly. 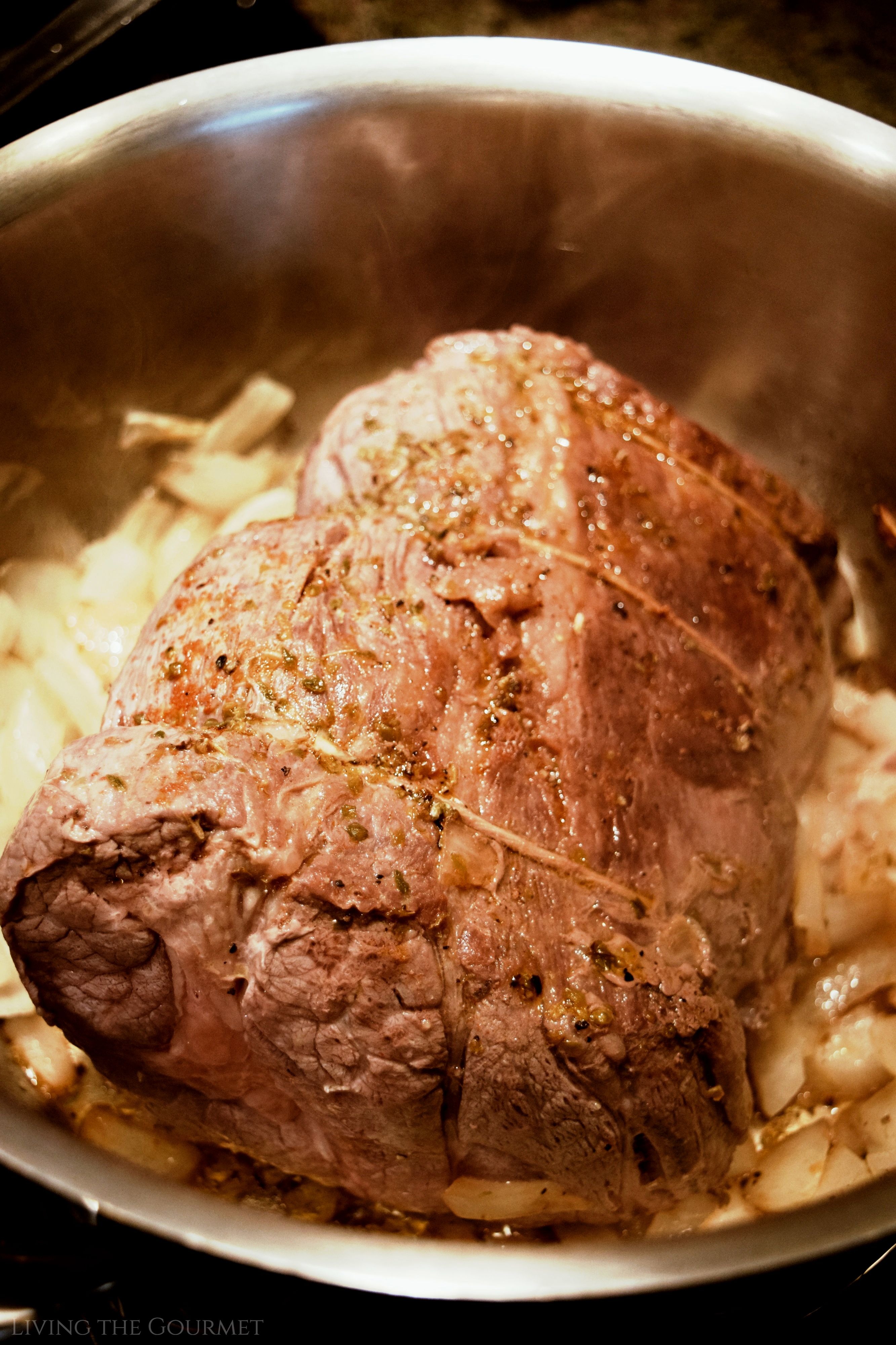 Once that’s done, add in tomato paste, grated cheese, and crushed tomatoes to the pan, and allow that to come to a simmer on low heat. Then add in the seasonings listed below, along with parsley and fresh basil. Then allow that to continue simmering on low heat for about two to three hours. You want the meat to be tender, and for its flavors to have completely permeated the resulting sauce. 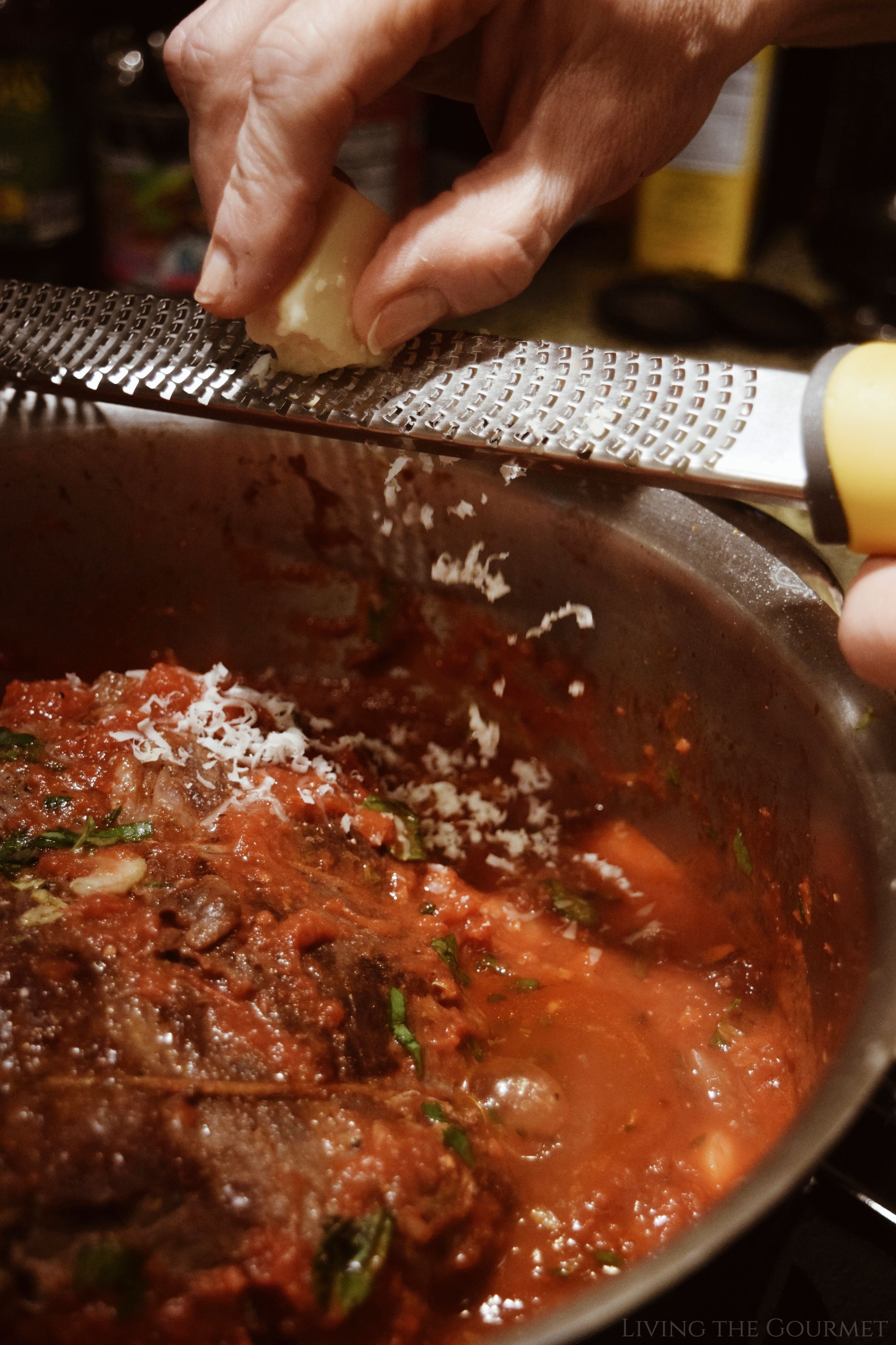 Once the sauce has finished simmering. Spaghetti or linguine is my personal preferred type for this recipe, but that’s purely a matter of preference. However, my daughter won with her preference of pasta and I used cellentani.

After the pasta has cooked, slice the roast to about a quarter to a half an inch in thickness, and then it’s time for plating. 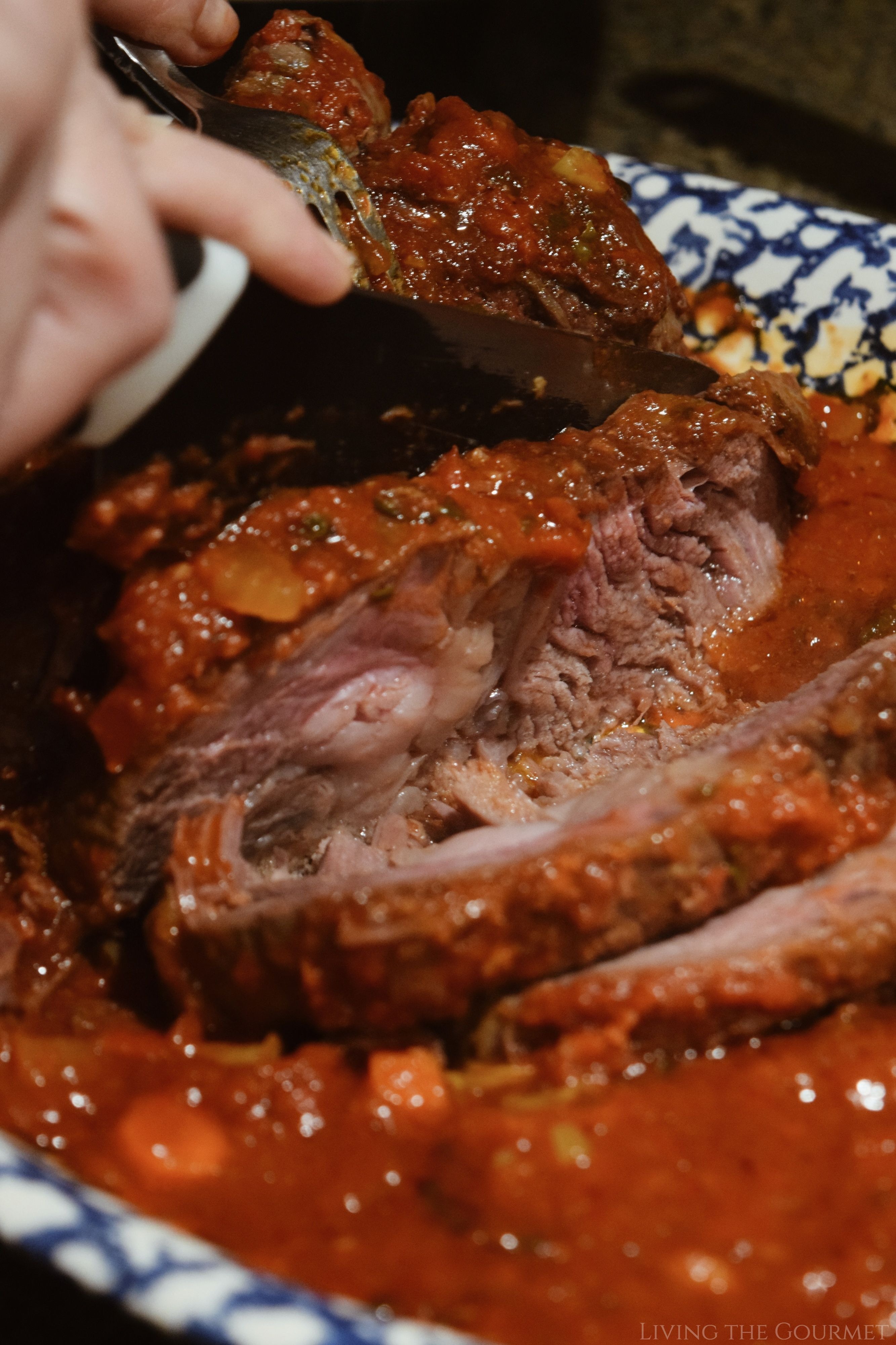 Set the pasta in a large platter, spoon the sauce over it, and arrange the meat as pictured below. Follow this with a generous dusting of grating cheese, and slight drizzle of olive oil, and you’re ready to enjoy a delicious, soul-soothing weekend meal. 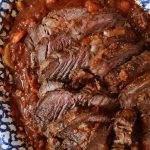 Rub for the Meat: 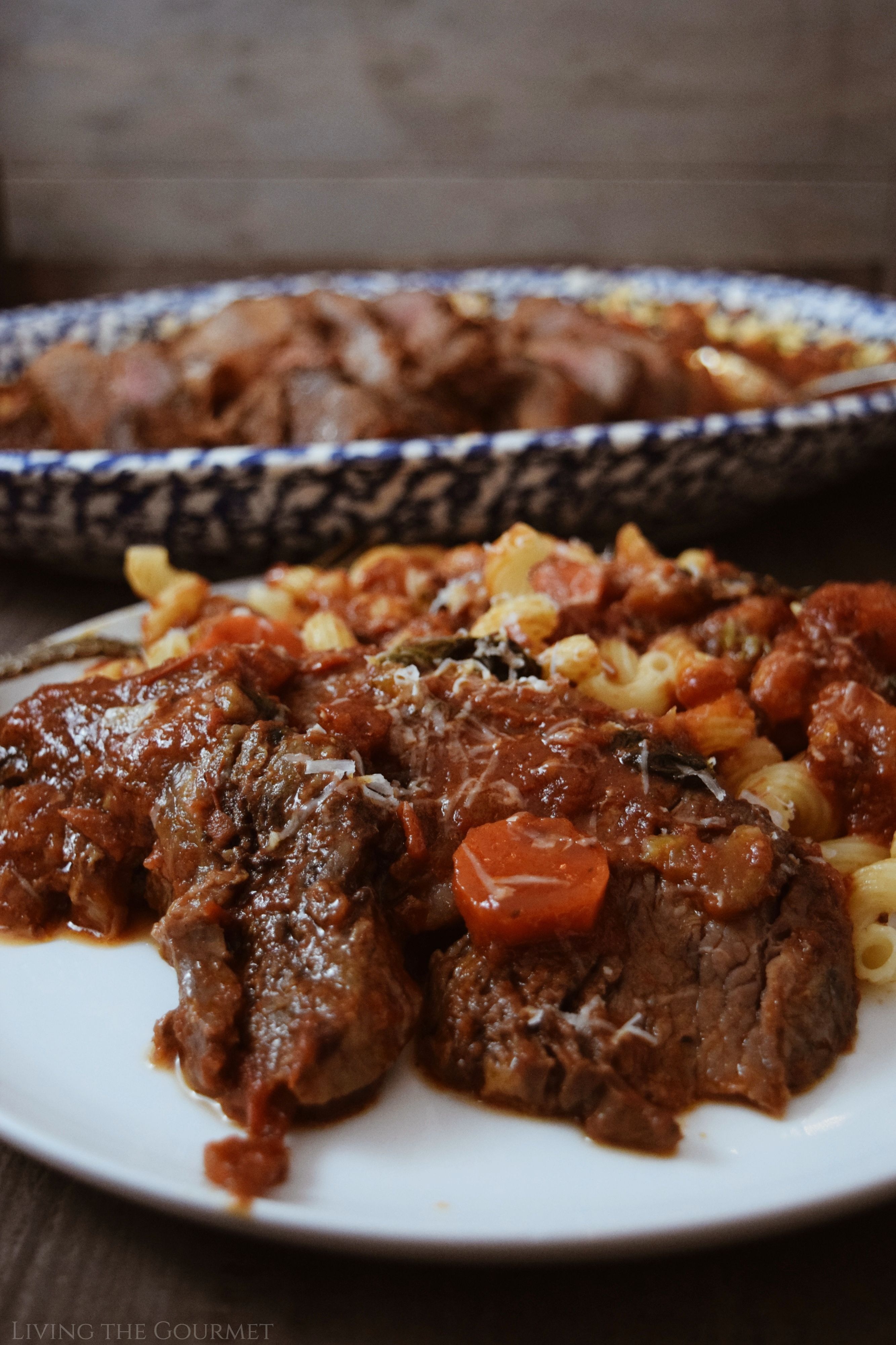