Silky layers of vanilla and chocolate are set over a chocolatey graham cracker crust, and finished off with a cloud of freshly whipped cream for the ultimate no-bake pie, perfect for any occasion. 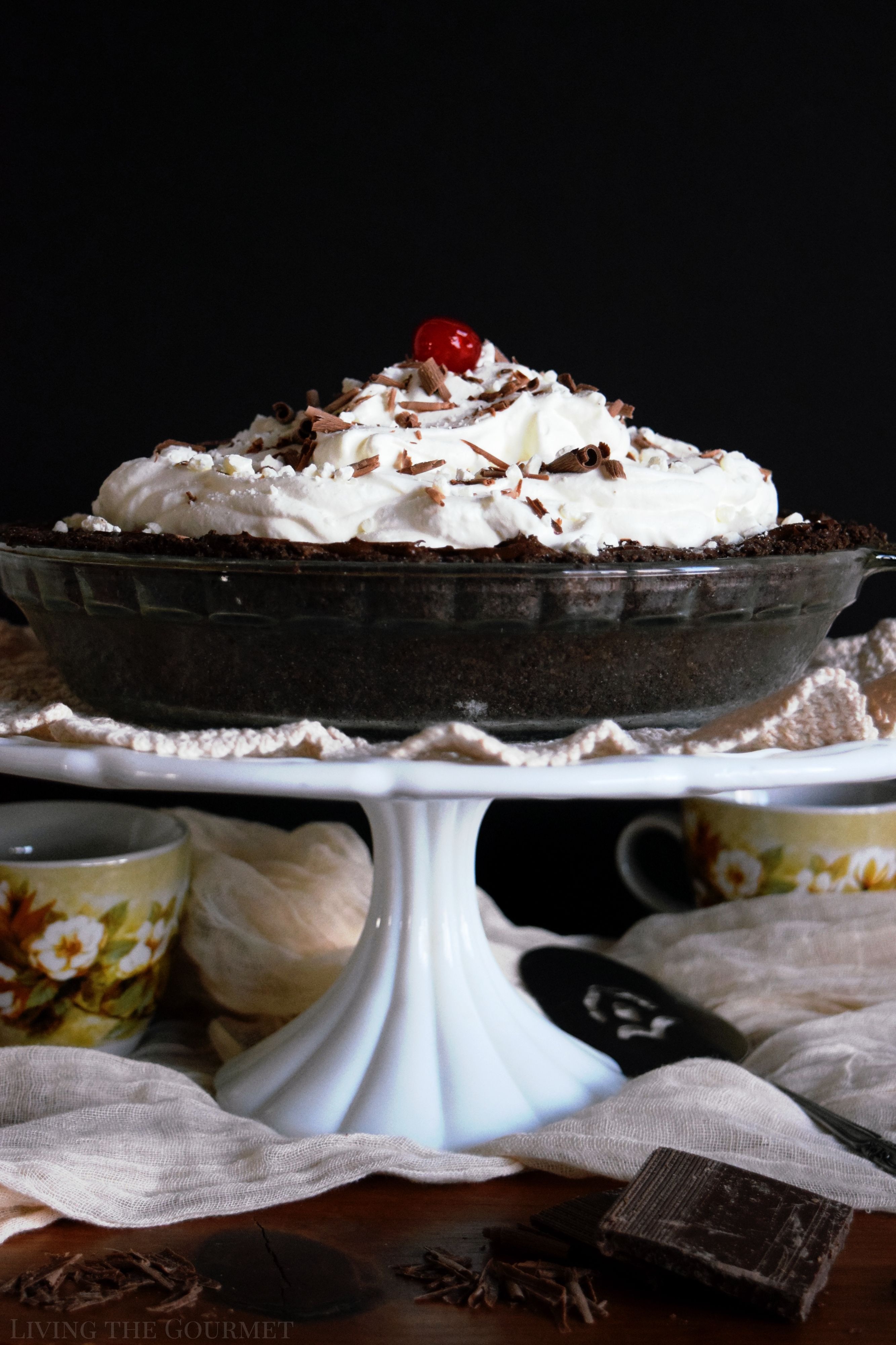 It was George Bernard Shaw who gave us the now universal maxim that “Youth is wasted on the young.” It’s a sentiment that I relate more and more to the further and further, I drift from the day of my birth. The general sentiment is a simple one, and ranges from the idea of not taking advantage of youth’s time and opportunities, to simply taking life too seriously. For today’s purposes, we’ll be focusing on the later.

For most, the passage into maturity is one marked by continuous seriousness, think ‘adult’ conversations, or the need to ‘grow up’ when faced with being too naïve in a given situation. Indeed, and for good reason, maturity is largely an exercise in seriousness. 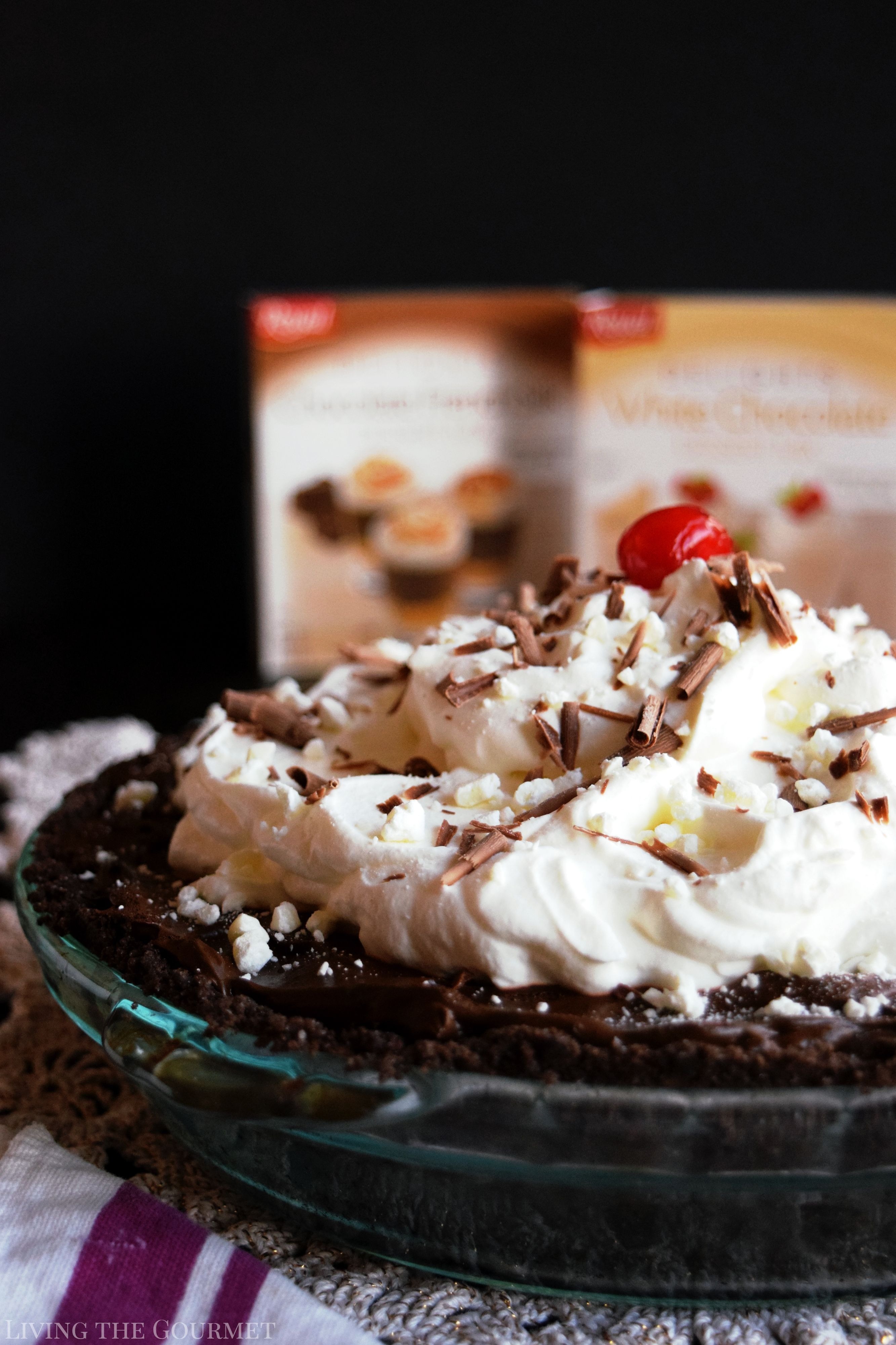 Food, too, succumbs to this ‘plague of seriousness’ in regards to maturity. ‘Immature’ food comes in super portions and caters to our baser gastronomic desires, while ‘Couture Dining’ serves up notoriously fleeting portions packed full of ‘acquired tastes’ – tastes you don’t really like but convince yourself that you do because, well, maturity. Naturally, both of those statements are overly broad but true enough to serve my current purpose.

Now comes the most ‘mature’ of all holidays, a holiday almost strictly for adults and adult-orientated themes, a holiday so mature that it’s celebrated primarily with…wait for it…candy, plush toys, and colorful throwaway cards, creating what is more often than not a very ‘lighthearted’ approach to the ‘Holiday of Hearts.’ 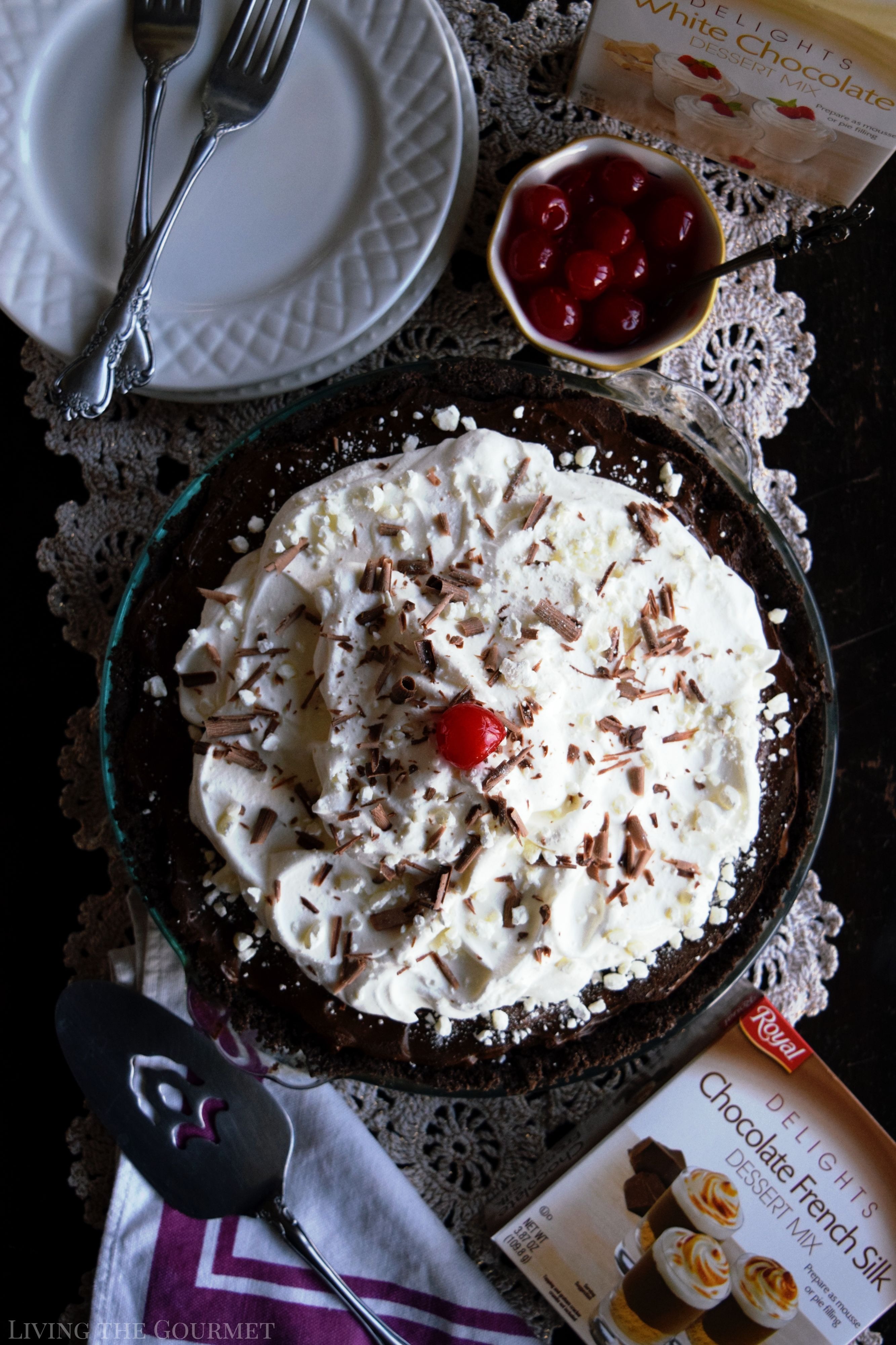 Pudding, whipped cream, chocolate graham cracker, all topped off by a few maraschino cherries, and you have a Valentine’s Day dessert that’s not only blissfully decadent but also deceptively simple to put together. 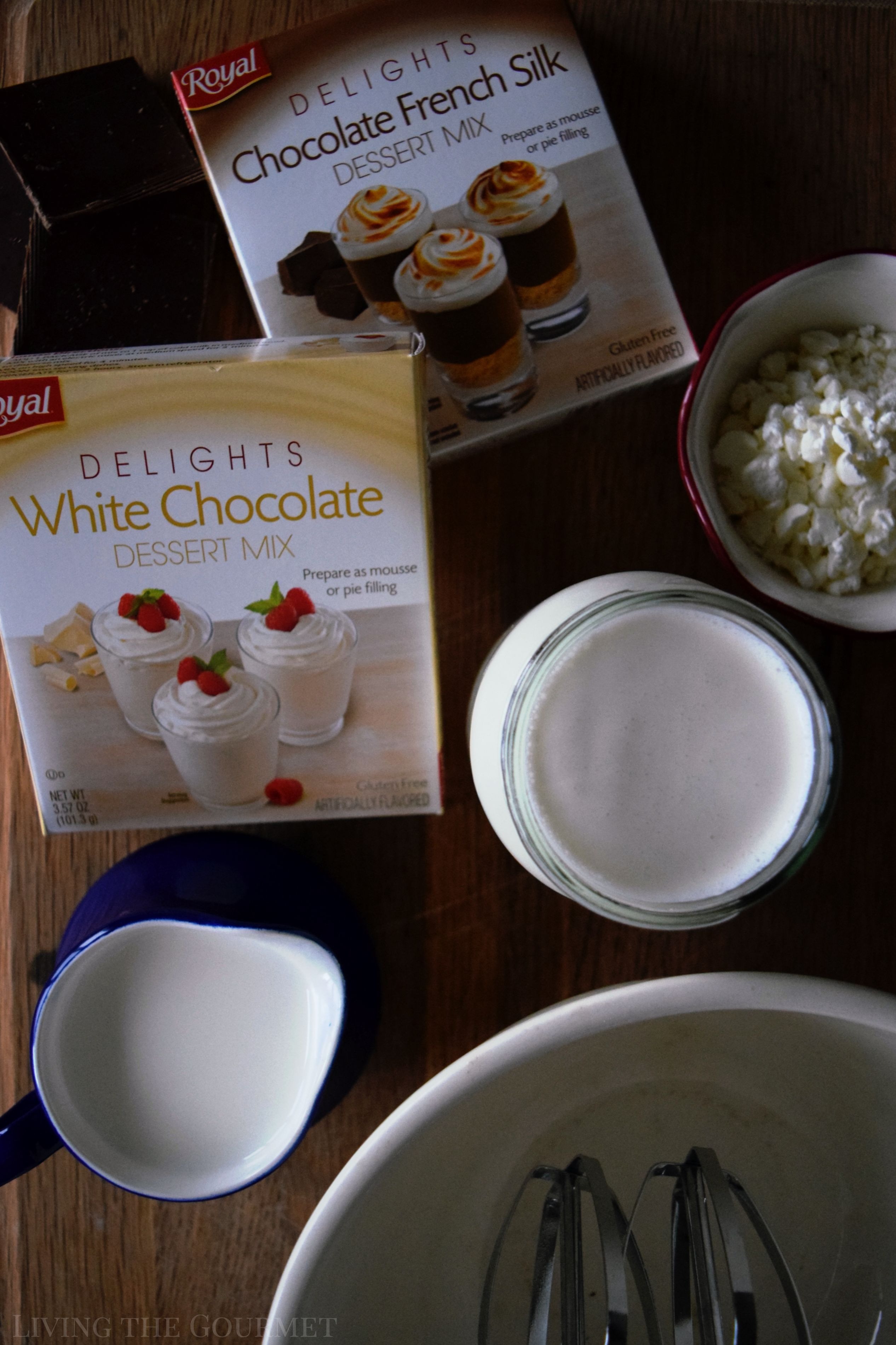 To start, we begin with the crust, which is a mix of chocolate graham crackers, melted butter, and standard sugar. We simply combine these and then press them into a nine-inch pie plate, and we allow that to set in the refrigerator for about an hour. 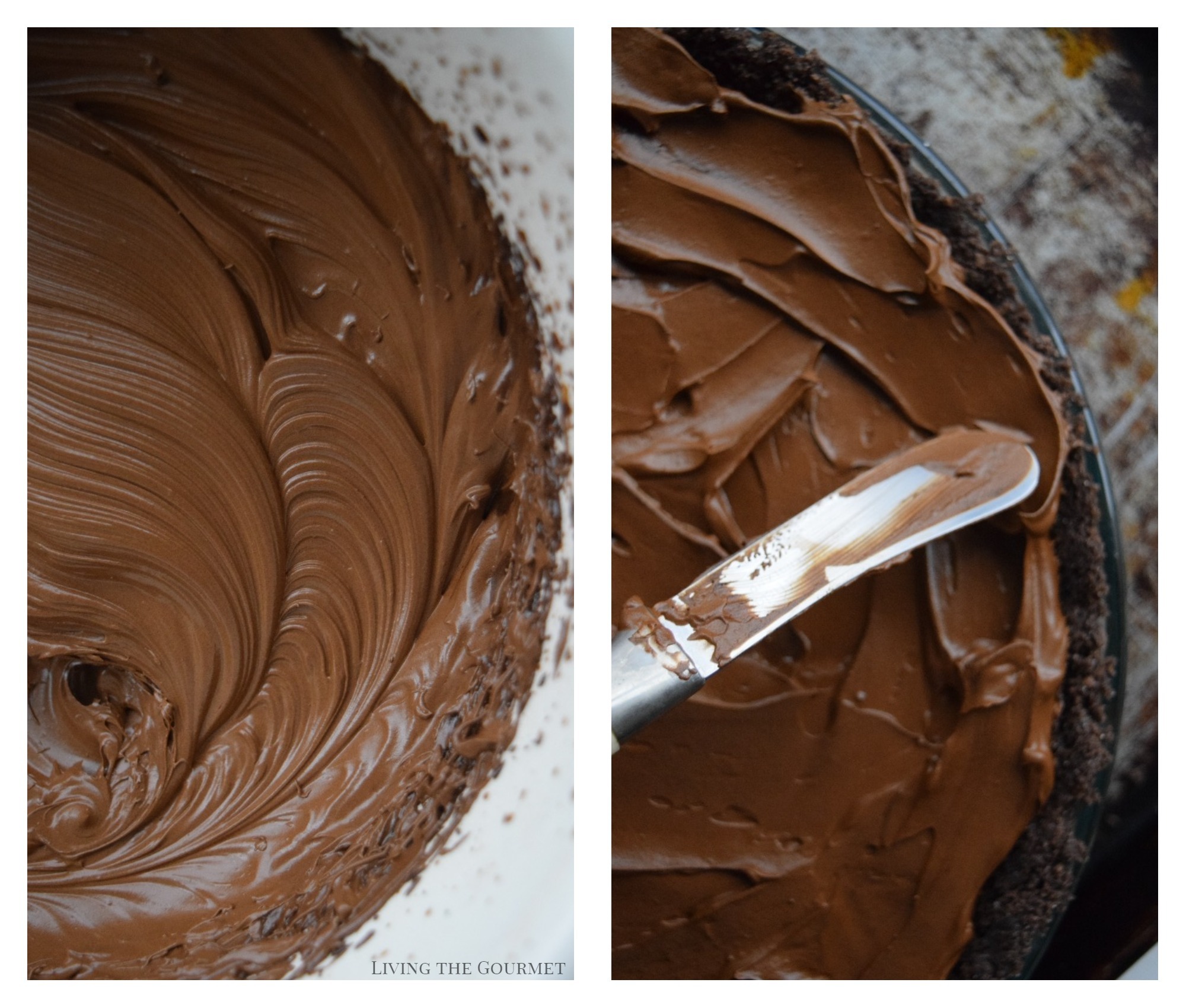 Now, in the prepared pie shell, evenly distribute the vanilla pudding, and then carefully top that with the chocolate, being very careful that the two puddings do not combine. Once that’s finished, refrigerate the pie for about four hours.

After that’s done, top the pie with fresh whipped cream, the chocolate shavings, white chocolate shavings and a few maraschino cherries for good measure, and just like that you’ve got a fresh take on a classic pudding dessert that will be sure to satisfy both the most discerning of ‘mature palates’ as well the kid in all of us. 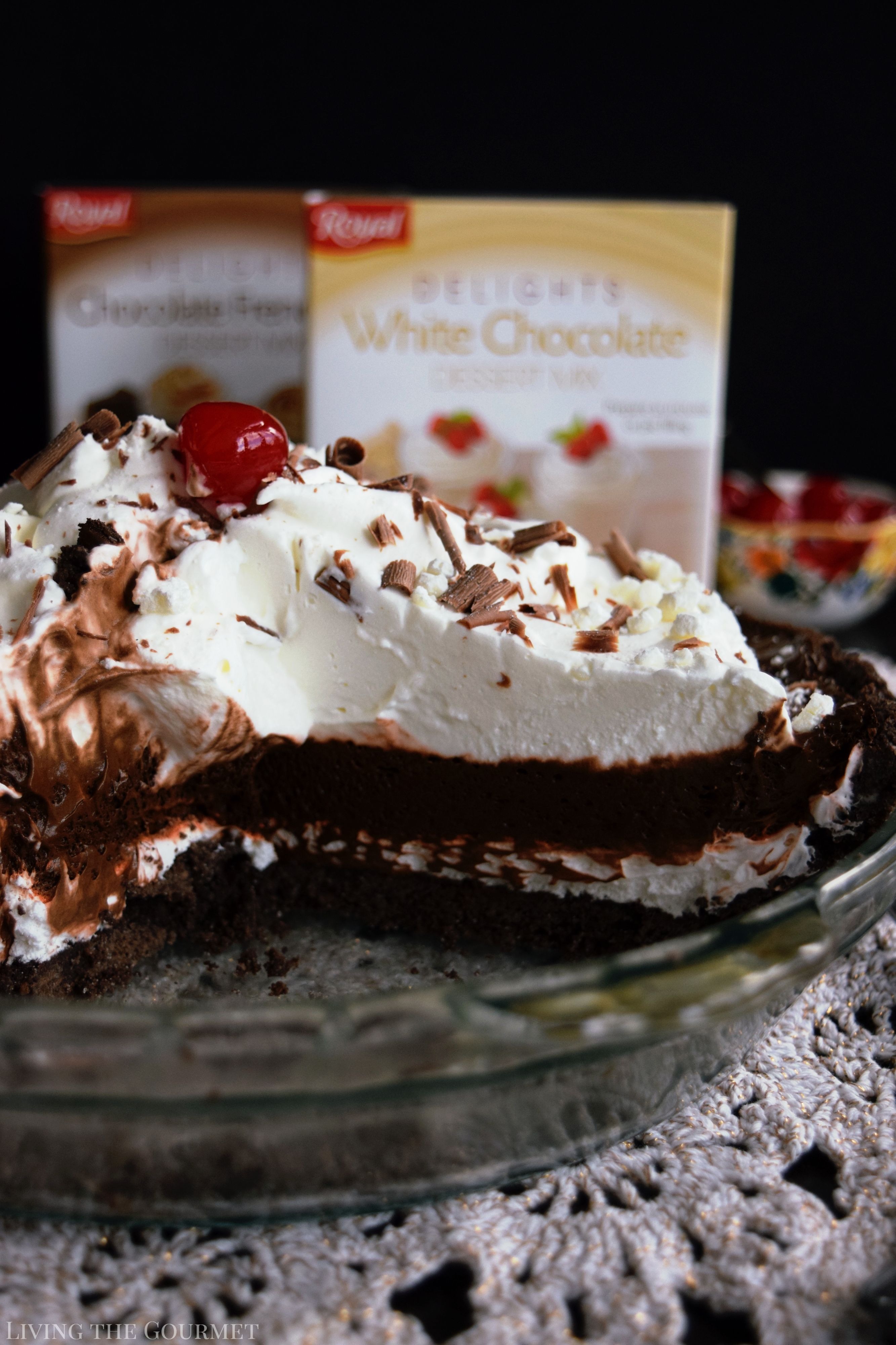 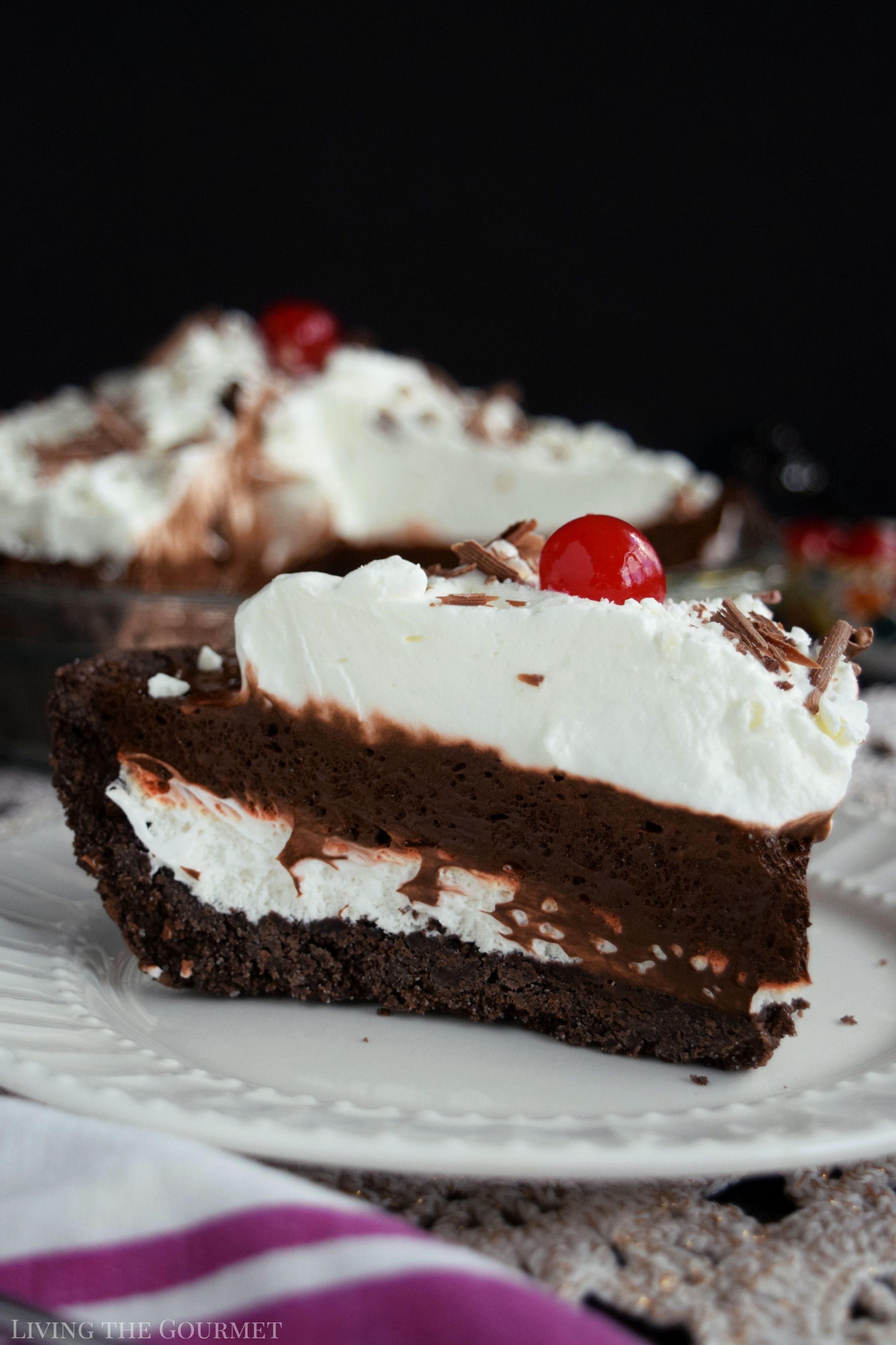