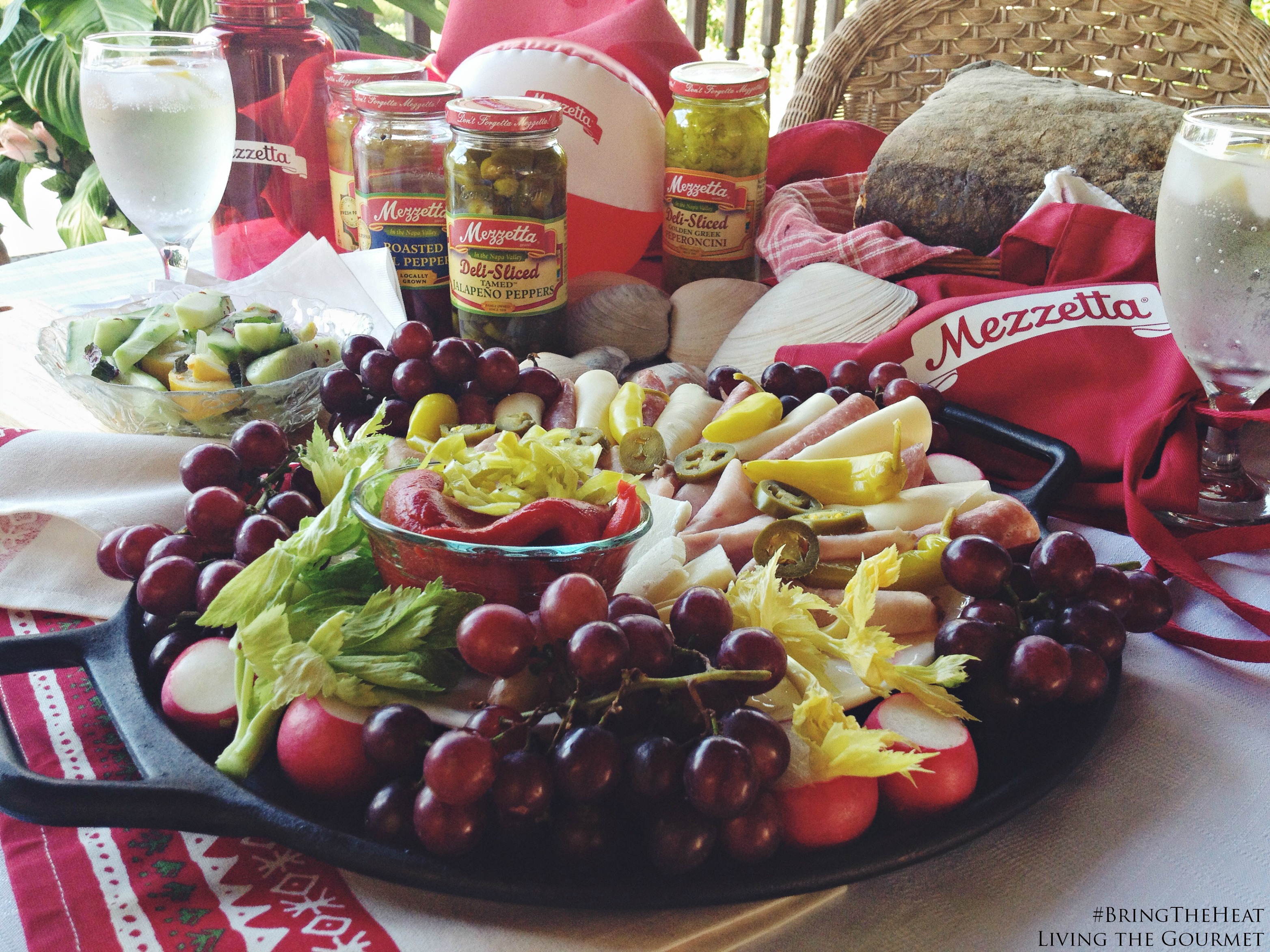 Certain things, either for the sake of tradition, a melding of ‘moods,’ a happy accident of circumstance, or by some cosmic predestination of fate, are plainly meant to go to together.

From my own, admittedly biased point of view, balmy days and sunshine have always gone hand in hand with platters of mezes or tapas served seaside in the shade, or with a grand antipasto set in the center of a table. While there are certainly precious few things better in this human condition of ours than nursing an ouzo over an afternoon plate of squid, the true value of such plates is the mood they set. Alone, they lift soul, allowing the eyes to drift along the crests of the bay, watching one’s life peek and break along the waves cast by the summer breeze. With company, they conjure lazy conversation and drowsy smiles as the sun sets beneath the sea.

However, regardless of what’s on the plate, the most important ingredient in savoring a moment, in creating a profound and lasting memory out of an otherwise ‘ordinary’ instant, is simply the care behind both what’s on the plate and how it’s enjoyed. Drear and awkward staring can be transformed into a heartfelt exchange, even if it means finding the beauty in a sweetly unbroken silence, while an otherwise ordinary plate can become a crowning achievement as a late afternoon transforms into a starlit evening. For the heart guides the hand, el corazón guía la mano, and it is the hand that prepares the plate. 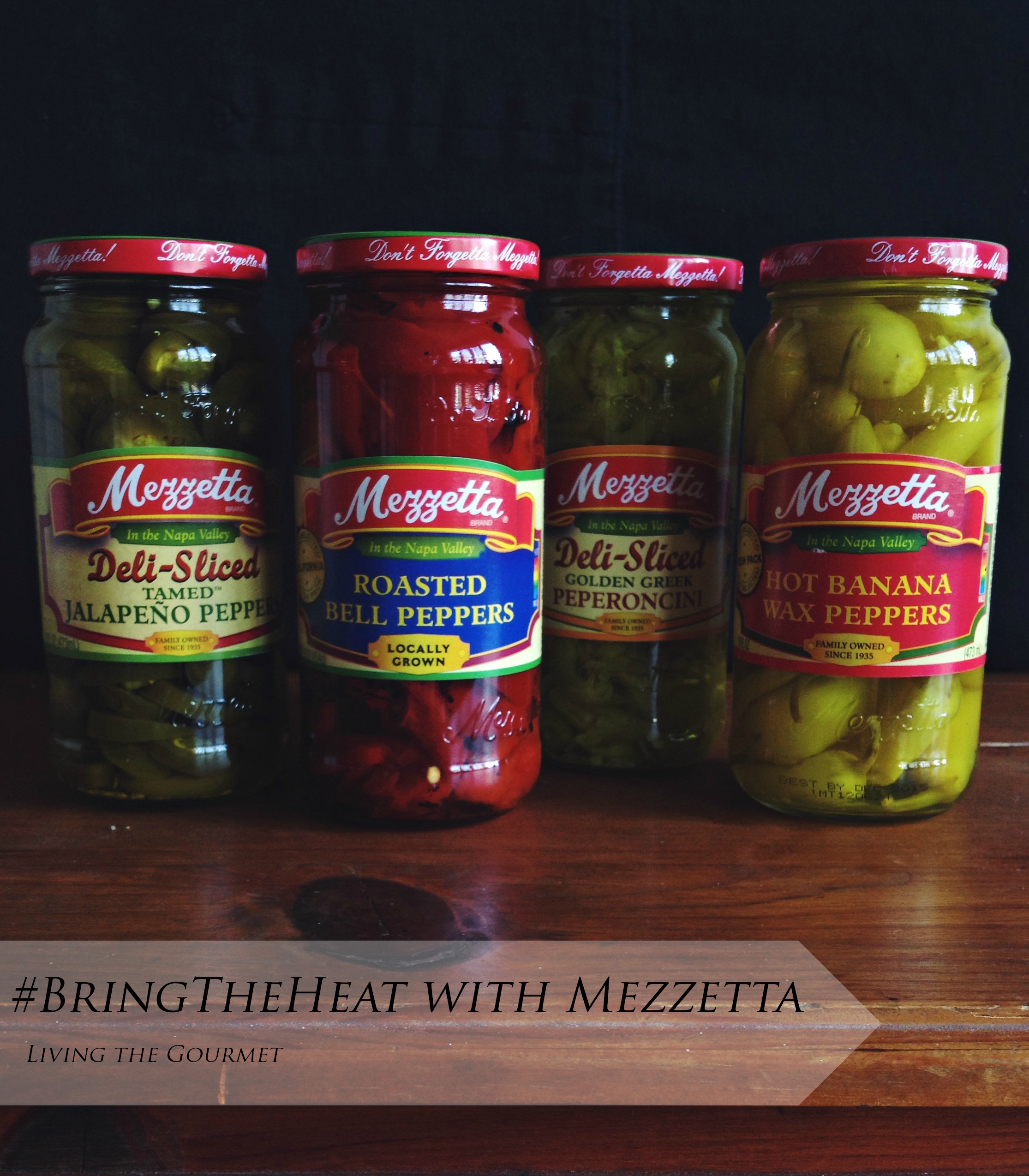 That was precisely what I was thinking as I was preparing our afternoon antipasto as the prelude to our weekend ‘staycation.’ Here, simplicity can be of the utmost value, and so I put together a classic combination of rolled salami, ham and provolone, along with slices of Asiago cheese. For an added dash of spice, I decorated the platter with spicy Mezzetta Banana Wax Peppers, and a few Mezzetta Jalapeno Peppers, though I used the ‘Tamed’ variety of the jalapenos so as not to overpower the platter.

For a bit color and savory sweetness, I set a small dish of the Mezzetta roasted red bell peppers on the platter, surrounded by Golden Greek Peperocini, which would meld perfectly with the overall flavor profile I was going for – rustic Mediterranean. Paired with a hardy loaf of ciabatta bread and spiced cucumbers, this would make for a perfect way to spend the sunset and kick off our weekend long ‘staycation.’ 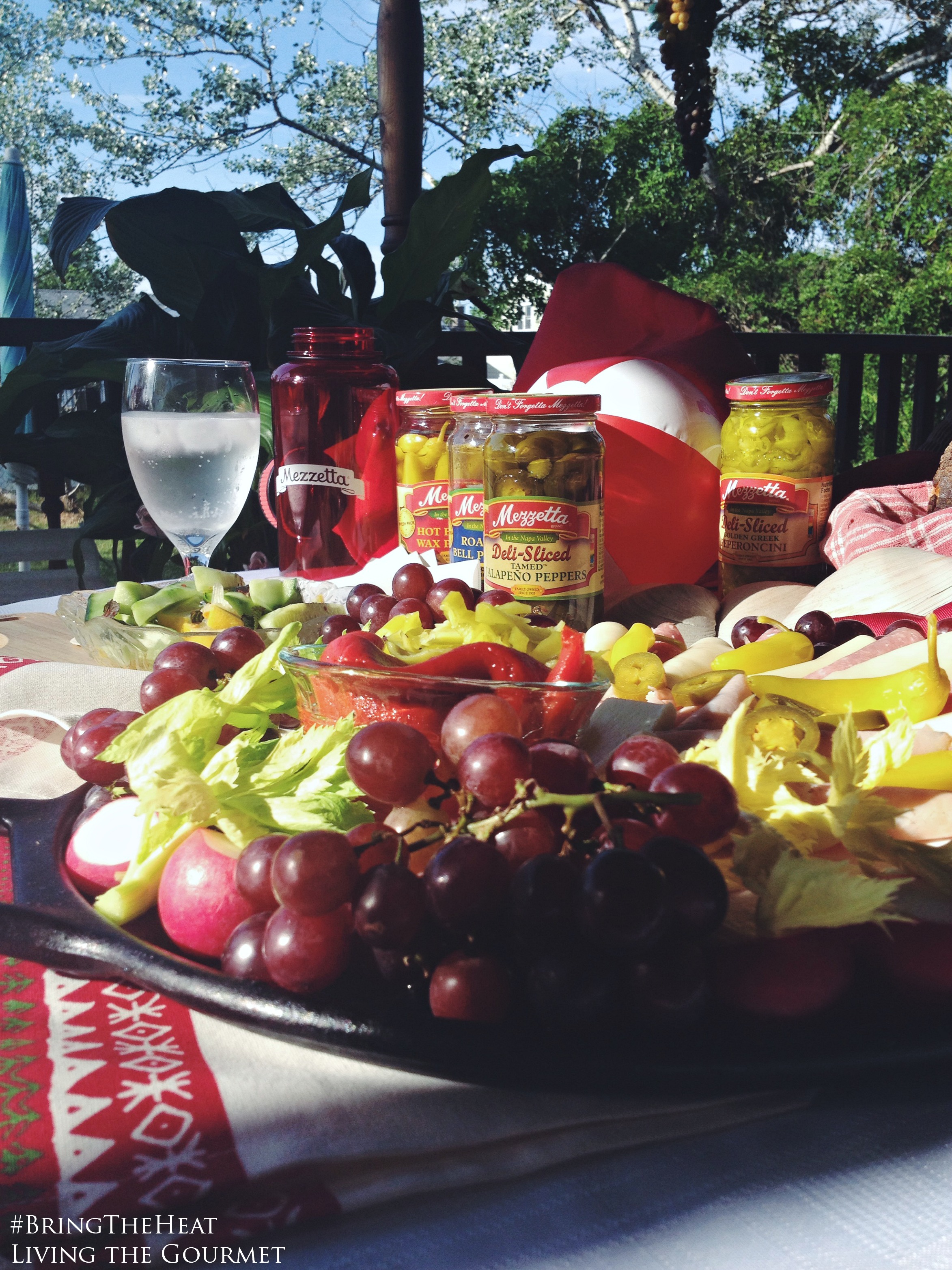 Before setting up the antipasto, however, I decided I needed to set up my porch for the occasion, as I wanted to pair not just the items on the platter and the mood, but also the setting and atmosphere as well. So, with my water bottle from the Mezzetta Survival Kit filled with my signature homemade iced tea to help beat the heat, I began decorating the porch with a few lanterns, set up the table to match, and laid out a range of seasonal plants that I had been tending for the past few weeks. Every touch and detail I set played into the feel of a seaside bistro, taberna junto al mar.

Once that was done, I assembled the antipasto, and we ate until the stars came out, a quintessential summer experience. 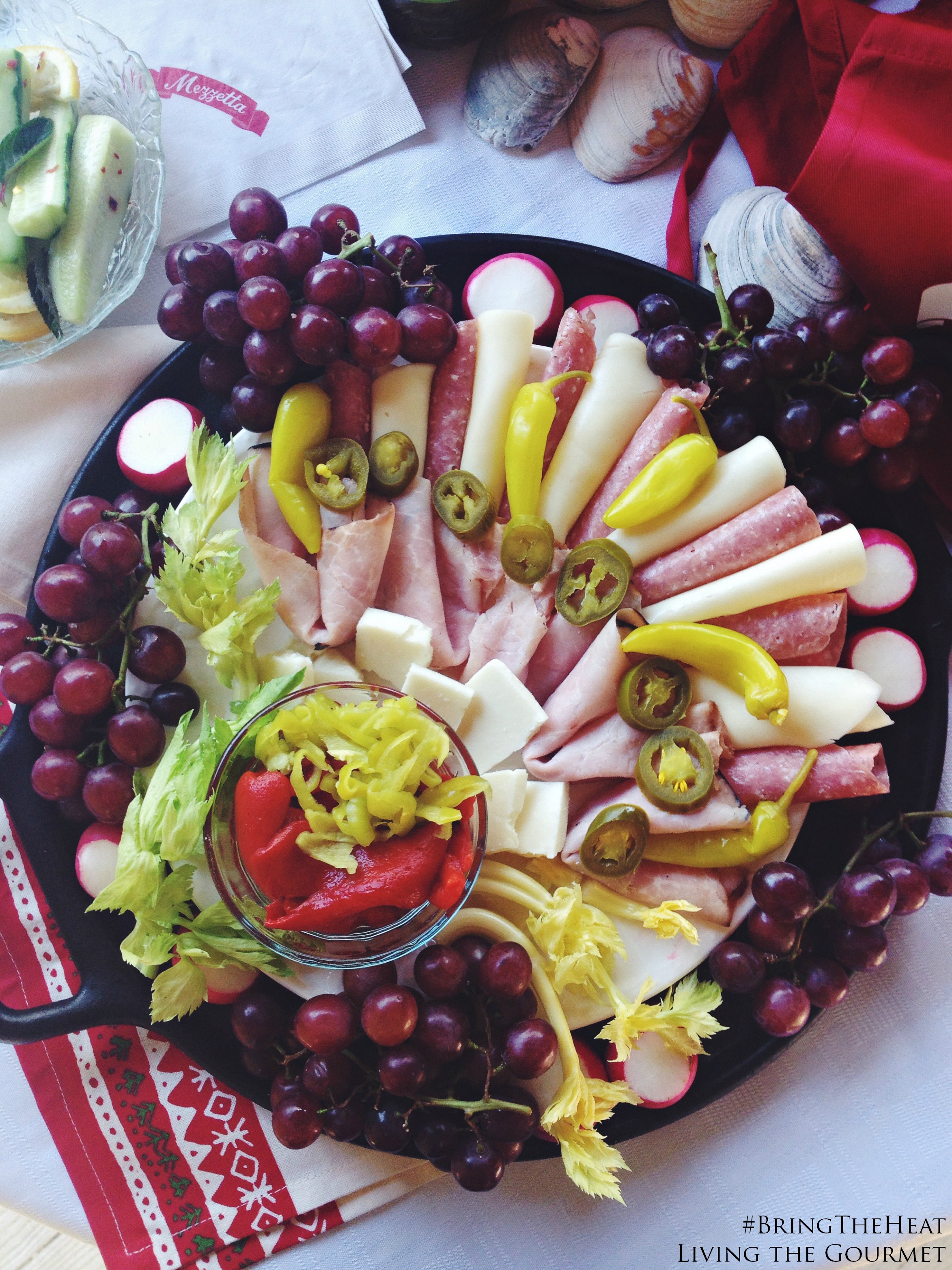 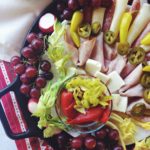 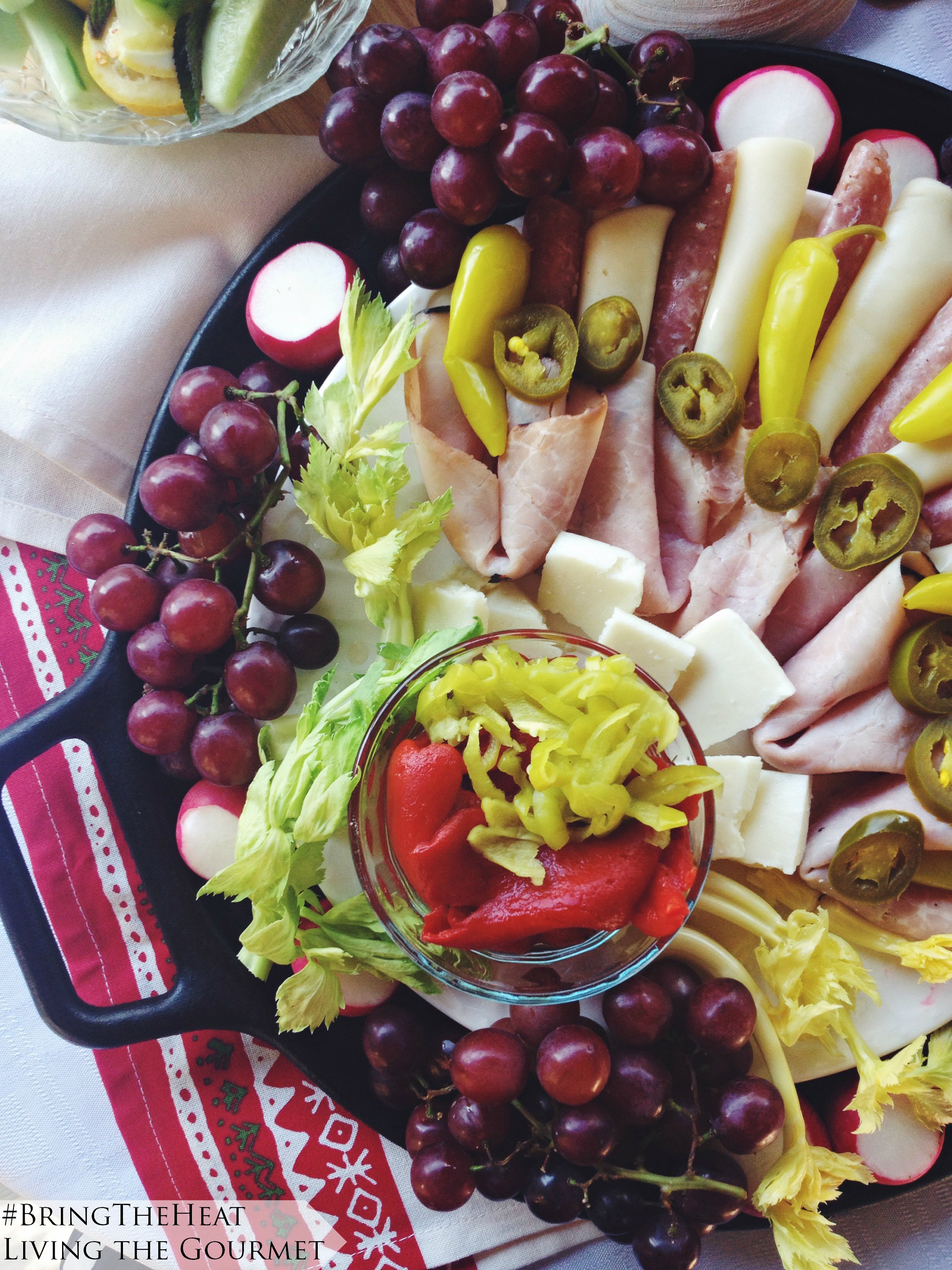 On a side note, for the next three months Mezzetta will be giving away its signature Summer Survival Kits, with the Home/Staycation kit featured in June, the Beach kit in July, and Mountains/Camping kit in August. So be sure to enter for your chance to win. To go along with your summer survival kit, enter for a chance to win a $35 VISA giftcard as well. Good luck! And don’t forget to enter our other giveaway!