This shop has been compensated by Collective Bias, Inc. and its advertiser. All opinions are mine alone. #KingsfordFlavor #CollectiveBias

Tis the season to get grilling! Treat Dad to these grilled steaks marinated in a spiced orange marmalade sauce. 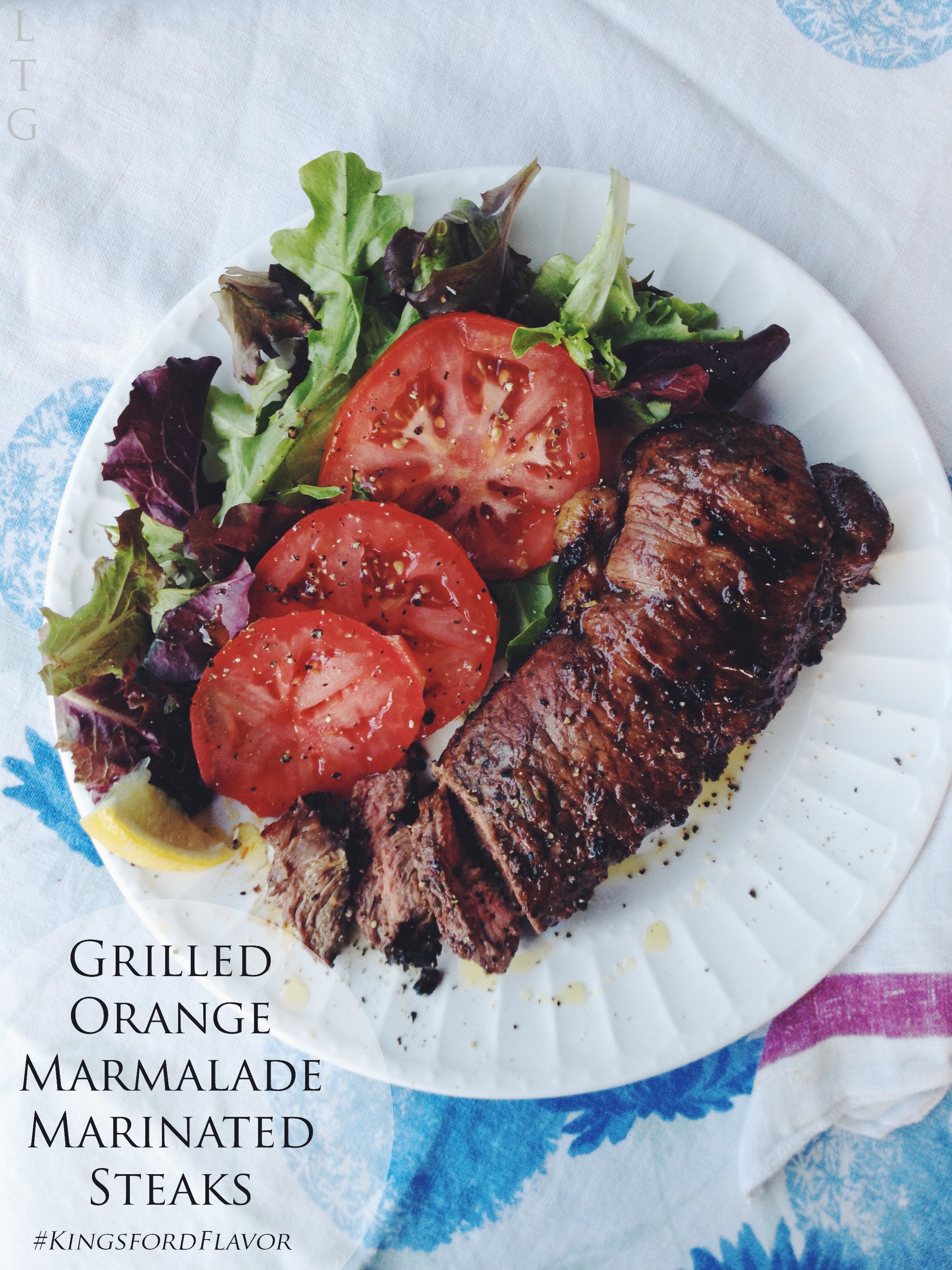 It’s a cross-cultural phenomenon, one that disregards time, geography, and evolution, changing only in its appearance, and only slightly in its mode of delivery and operation. No matter how far back its origin recedes into the impossibly distant past, drifting well beyond the meager and often hazy confines of recorded history, it has remained a part of humanity’s shared culinary experience. It has witnessed the transition from caves to villas, has outlasted the invisible reign of a thousand fallen deities, and has left a more lasting impression upon our daily lives than even the most powerful of empires.

Indeed, of all the inventions to drift peacefully or explode violently from the collective and oft twisted mind of humanity, this singular relic of our primal past, and this alone, we seem determined to cling to. 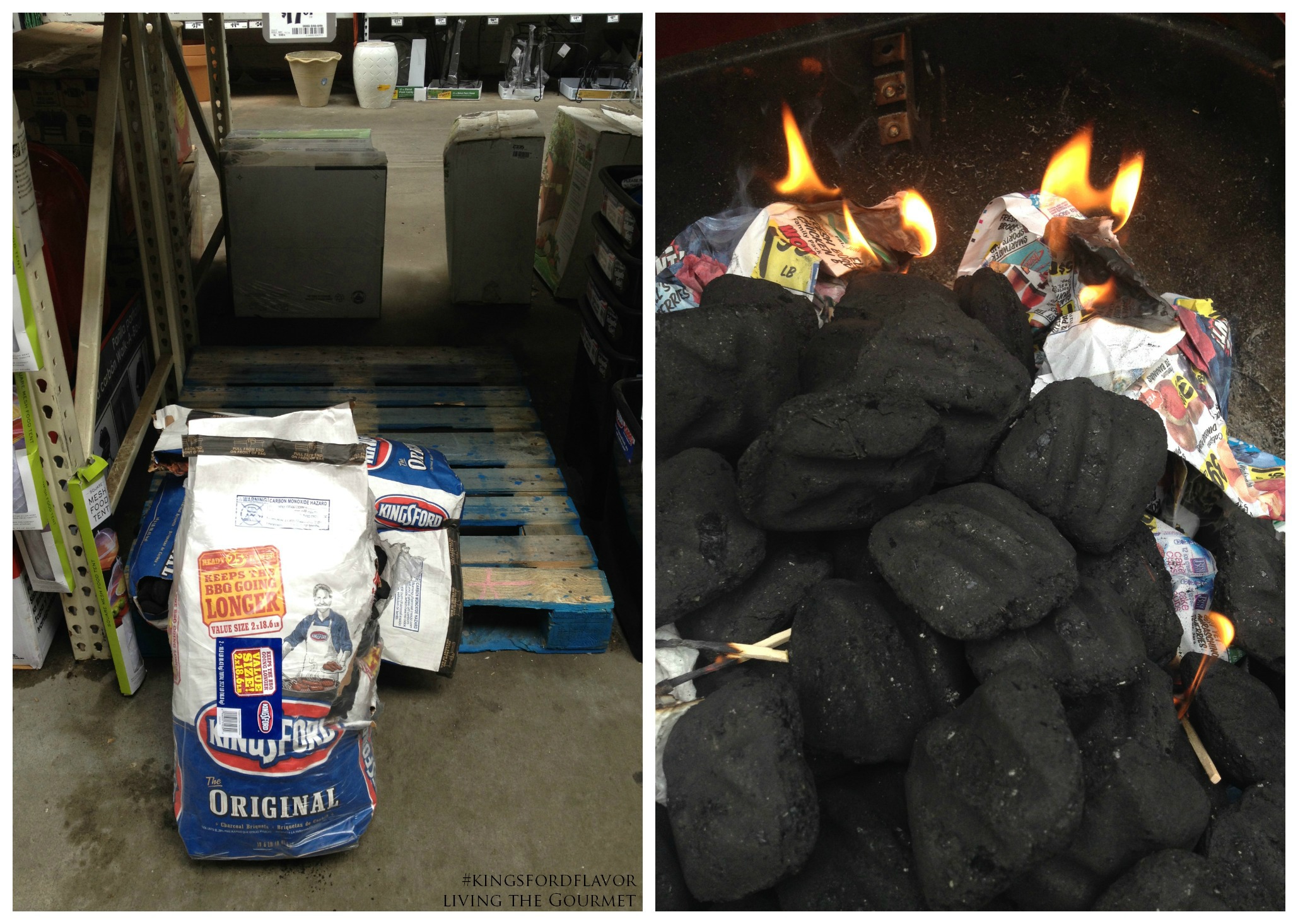 I found myself pondering precisely that subject while standing opposite the grilling aisle during a recent emergency visit to The Home Depot. As the chatter of the crowds around me faded into a single, jarring line of static, and my own ‘emergency’ dulled into a vaguely gnawing sensation that I simply wanted excised, I decided then and there that I would heal my frayed nerves with some summer themed comfort grilling. Before leaving, I purchased a Kingsford Original Twinpack of charcoal for only $9.88 (this offer is going until 6/21), which equates to about thirty-six pounds of briquettes. Yes, this was going to be some serious grilling, perhaps not a full thirty six pounds all at once, but some serious grilling nonetheless.

I arrived home just before sunset, and for the simple heck of it, I decided to pull together the spirit and flavor of the season into a single, classic barbeque item – marinated steaks. To begin, I put together a sweet and spicy marinade, using a full cup of orange marmalade as the base, which I spiced with red pepper, paprika, cumin, and garlic powder. Teriyaki and balsamic vinegar provided a savory counterbalance, and flavorful complexity.

With the steaks set to marinate, it was time to prep the grill. As I outlined in a previous post, I always like to take a simple preventative measure against sticking, especially when dealing with meats. To do so, I soak a rag in vegetable oil, and then rub down the grate. Simplicity itself. This coats the grate, and prevents sticking without the use of harsh chemicals or synthetics, which aside from being unhealthy can also adversely affect the taste of the food. 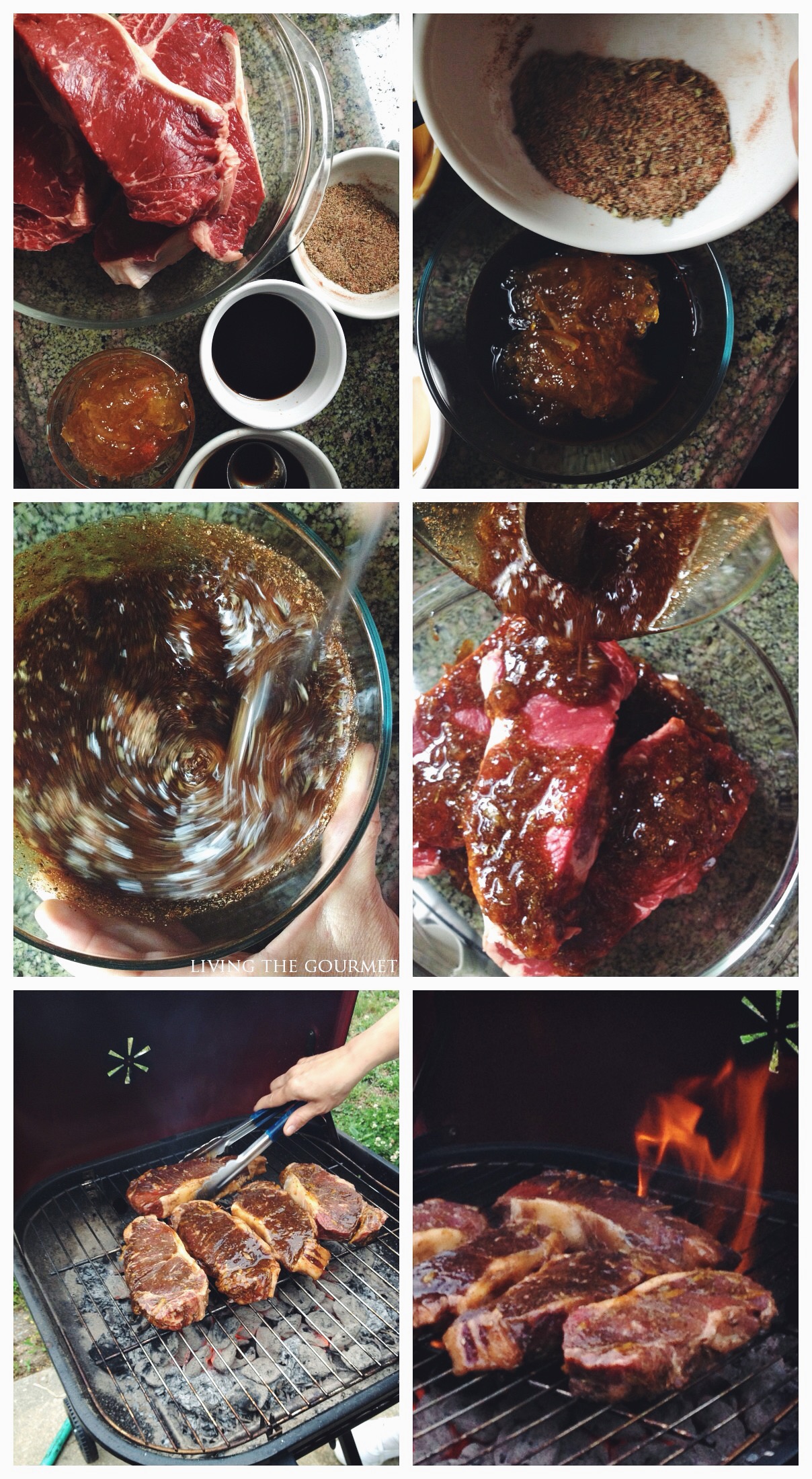 After about an hour, the grill was prepped, lit, and ready for the steaks, which by that time were finished marinating. After assembling the steaks on a platter, I carried them outside, and began grilling. On the heels of a long day, the process of grilling was more or less my fiery therapy as I cooked the steaks one after another, and watched with no small sense of triumph as my pile of freshly grilled meat rose as the sun sank. By the time night had fallen, and my porch was lit up with lanterns, I had a platter lined steaks grilled rare with just a hint blackened char.

Sitting down to the steaks, I could have easily imagined them as the centerpiece for a Father’s Day dinner, or as the ‘hero plate’ of a classic barbeque get together with friends and family, or even grilled poolside for afternoon party.

What are some of your favorite go-to grilling recipes? Find more grilling inspiration here. 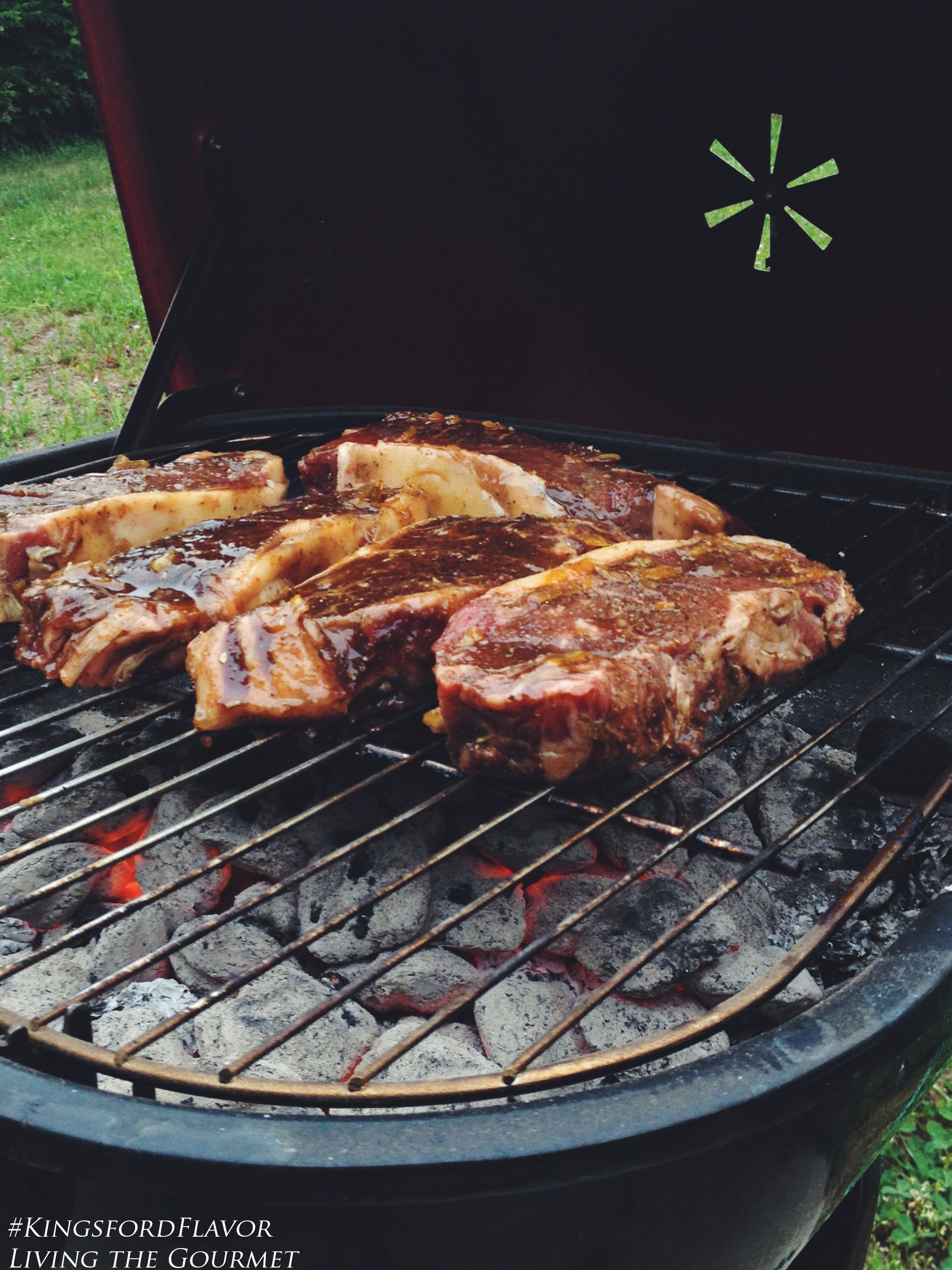 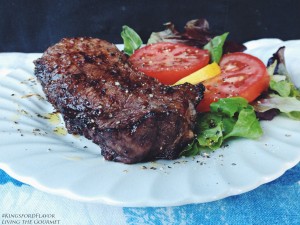 Prep Time does not include Inactive Prep Time! 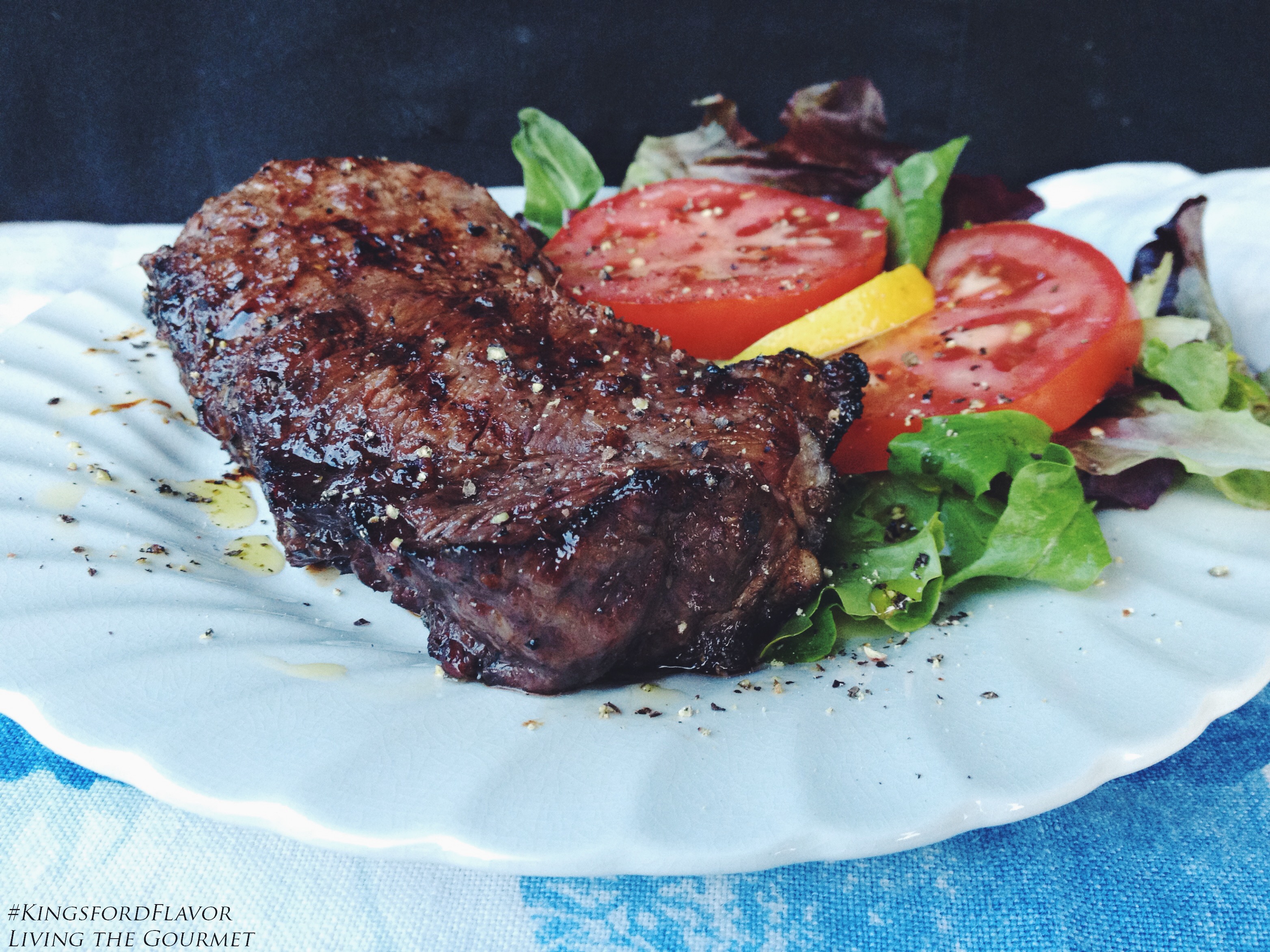