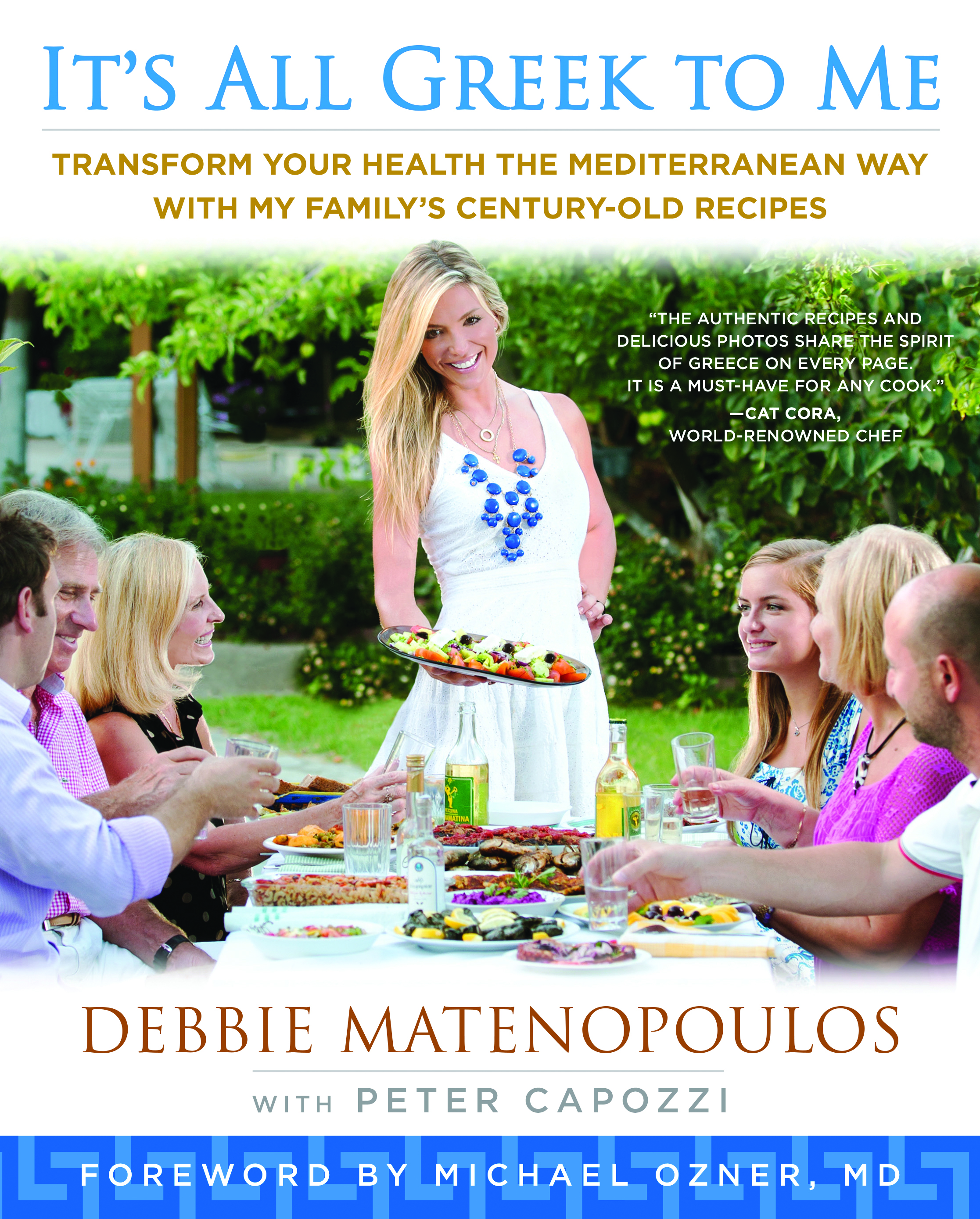 Last summer Living the Gourmet had the pleasure of participating in the blog tour for It’s All Greek to Me: Transform Your Health the Mediterranean Way with My Family’s Century-Old Recipes

Throughout It’s All Greek to Me, the reader is not only introduced to a host of traditional Greek and Greece-inspired recipes, but is instead taken on a journey through Greece with the author. Along with pleasant anecdotes, local history, and heartfelt family stories, the cookbook is peppered throughout with photos of rolling Greek landscapes, busy markets, and iconic blue-white coastlines. The view Debbie gives of Greece, while touristic in nature, is one that strikes a much closer, more intimate note, a view of modern Greece rarely given to outsiders. She approaches Greek tradition with an obvious familiarity, introducing the reader to Greek culture as one who has lived it, rather than learning along with her audience as is so common. 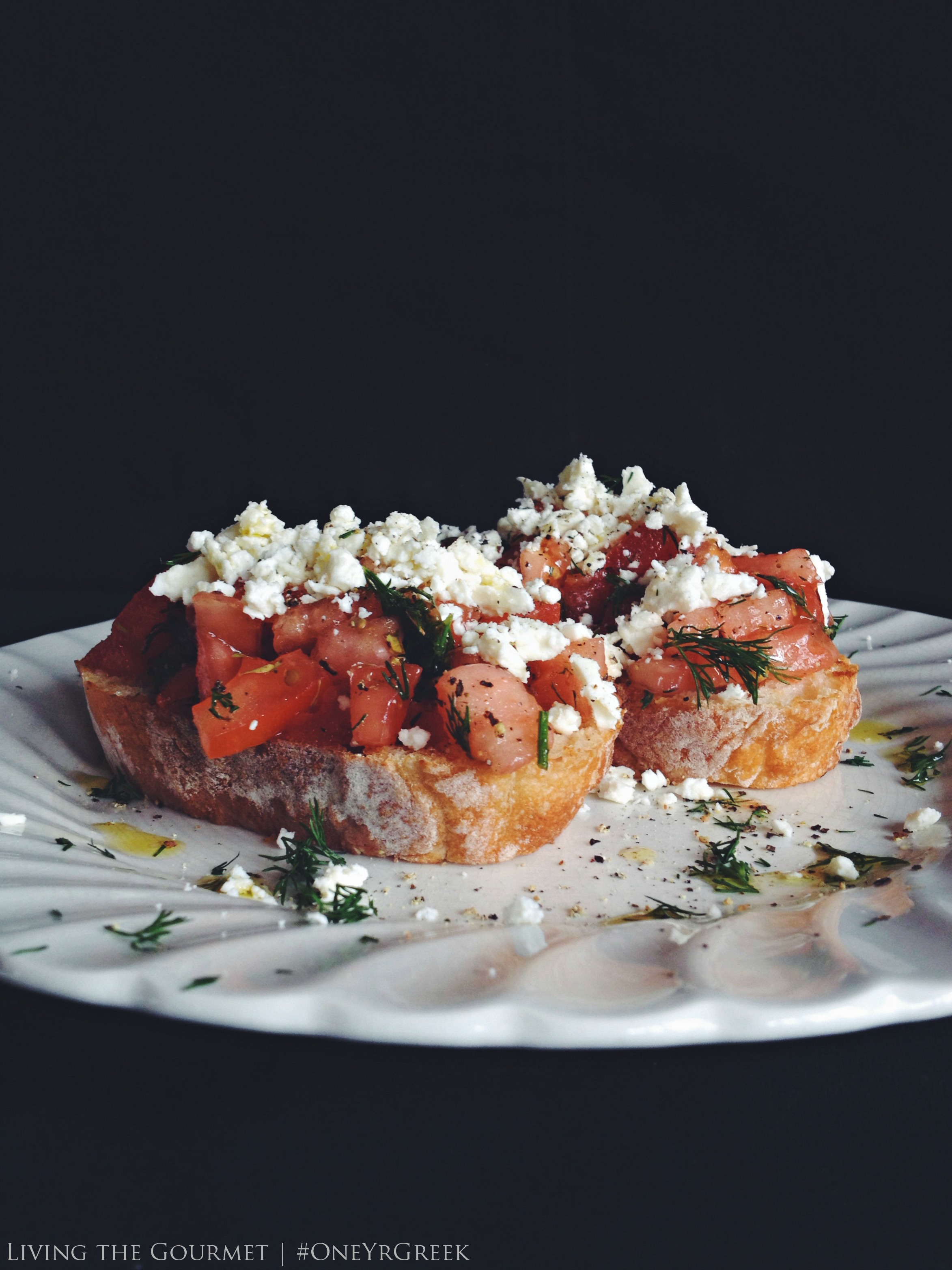 This is a traditional mezze salad from the island of Crete. In Greece, this salad is served atop a barley rusk, called a paximadi. A rusk is just a form of hard bread that has been twice-baked to achieve crispness. You usually can find barley rusks in Mediterranean specialty shops or other gourmet markets. Choose very ripe, almost overly so, tomatoes so that their juice will really soak into the rusk beneath them. To make this vegan, just add another tomato and omit the feta. 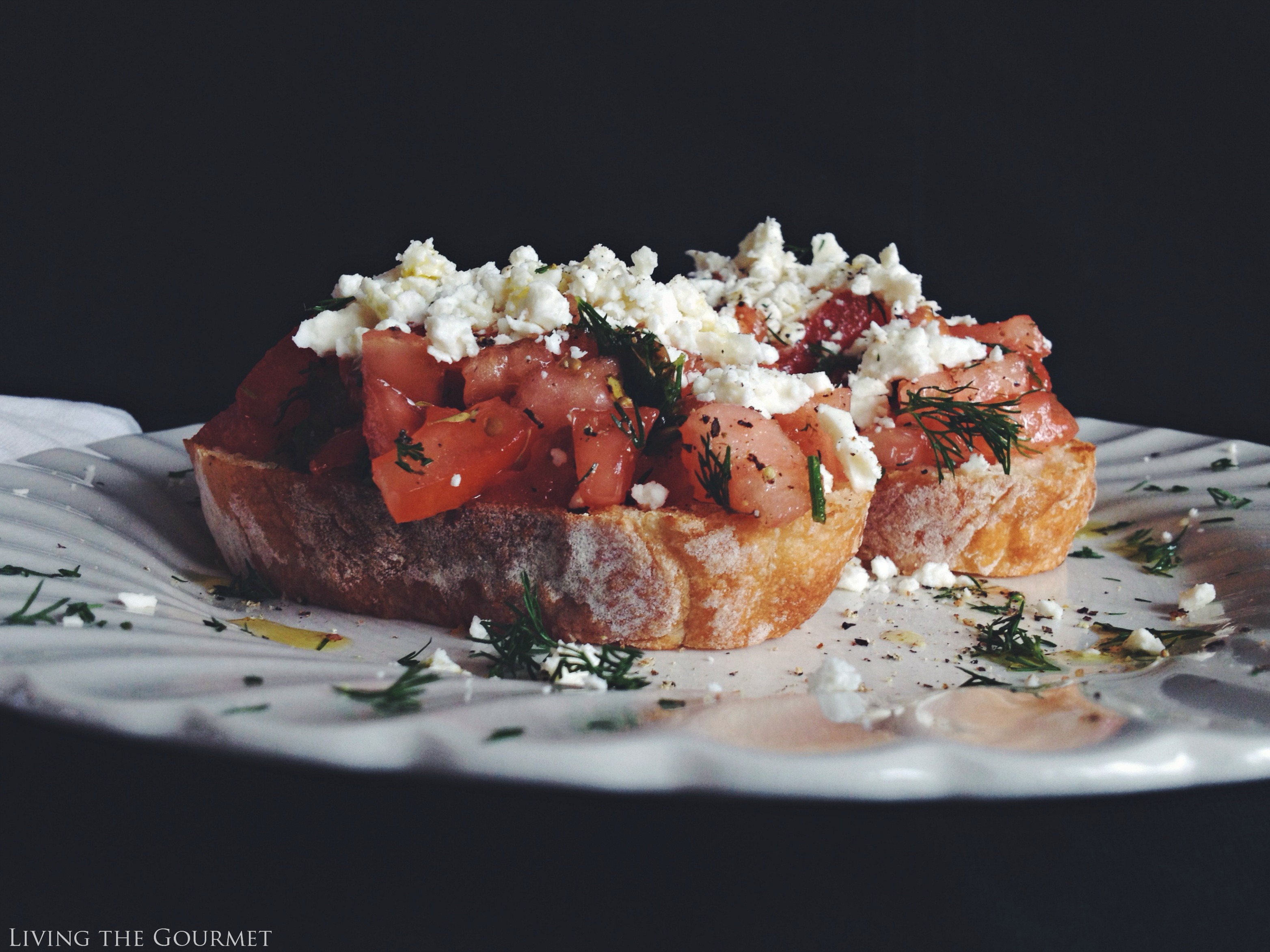 Debbie’s Tip: Can’t find a barley rusk? No problem! Simply buy a large round loaf of crusty, bakery-fresh bread and slice it in half horizontally. If serving on a plate instead of in a bowl, cut a thin slice off the top half so that it will sit flat on the plate without tipping over. Brush the cut side of the top half with olive oil. Set the bottom half aside for another use. Toast on a baking sheet in a 400-degree oven until very crispy and golden, about 10 minutes. Watch carefully to make sure it doesn’t burn. To make the bread extra crispy, turn on the broiler for 1 or 2 minutes and crack the oven door slightly. Again, watch carefully because your bread can go from golden to charcoal in 10 seconds flat. 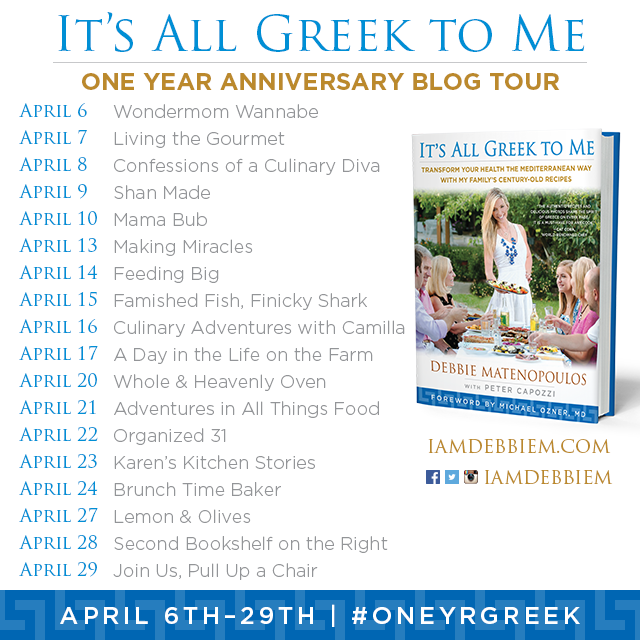 Thank you for joining us. Take a look back and see our original post where we feature an interview with Debbie, an overview of It’s All Greek To Me and a delicious recipe for Chicken Souvlaki & Orzo.