This post has been brought to you by Rhum Barbancourt. All opinions expressed are my own. The following message is intended for those 21+. Please enjoy responsibly.

Today we’re sampling a Haitian rum, a White Rum via Barbancourt. In addition to reviewing the rum itself, we’re be talking about how to spot a good rum, and some of the the best ways to enjoy today’s rum. 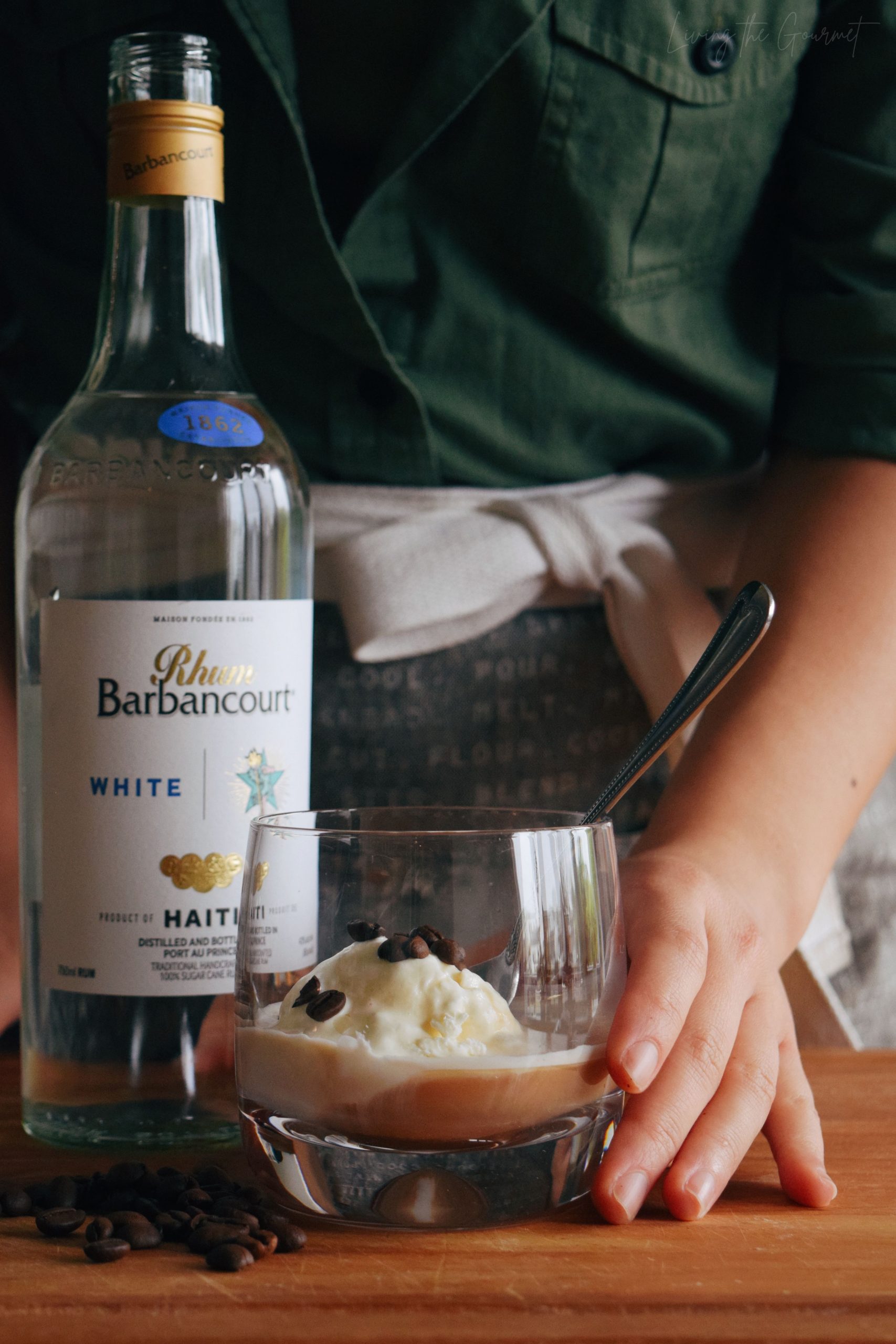 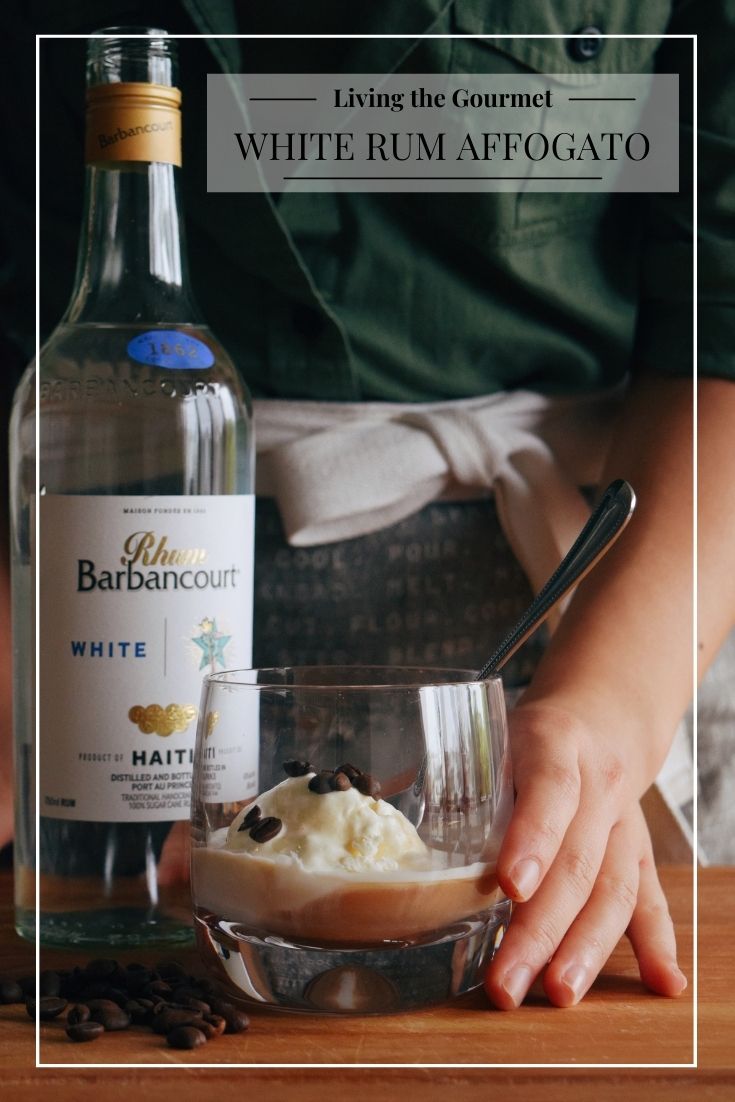 Rum is the result of fermenting sugarcane molasses or, conversely, sugarcane juice (called rhum Agricole). The fermented liquid is then distilled. The distillate is then – usually – aged. Higher quality rums are aged in oak barrels, ideally used bourbon barrels. However, aging can also be performed in steel vats as well as other types of wooden containers.

Standards, regulations, and local preference means that there’s a wide world of rum available for enthusiasts to enjoy. However, this also makes nailing down precisely ‘what’ rum is almost impossible, since what qualifies as ‘rum’ in one jurisdiction might fail to make the grade in another.

However, rum is generally broken down and marketed via ‘grades.’ These include such classifications as Dark, White, Premium, and Spiced Rums, the names of which are largely self-explanatory. Light rums, however, tend to have very little flavor aside from sweetness, and are typically used in cocktails as opposed to being consumed on their own or paired with food. White rums (such as the one featured today), in contrast to ‘Light’ rums, retain the full flavor of standard rum, but without any of the color, allowing it to be mixed into cocktails without affecting the color of the drink. Other varieties of rum include Overproof Rums, which can contain in excess of 80% alcohol by volume. Again, these rums are typically used in cocktails. One interesting class of rum is Brown Rum, which is aged in charred barrels, and have a flavor closer to whiskey than the flavors one might typically associate with rum. 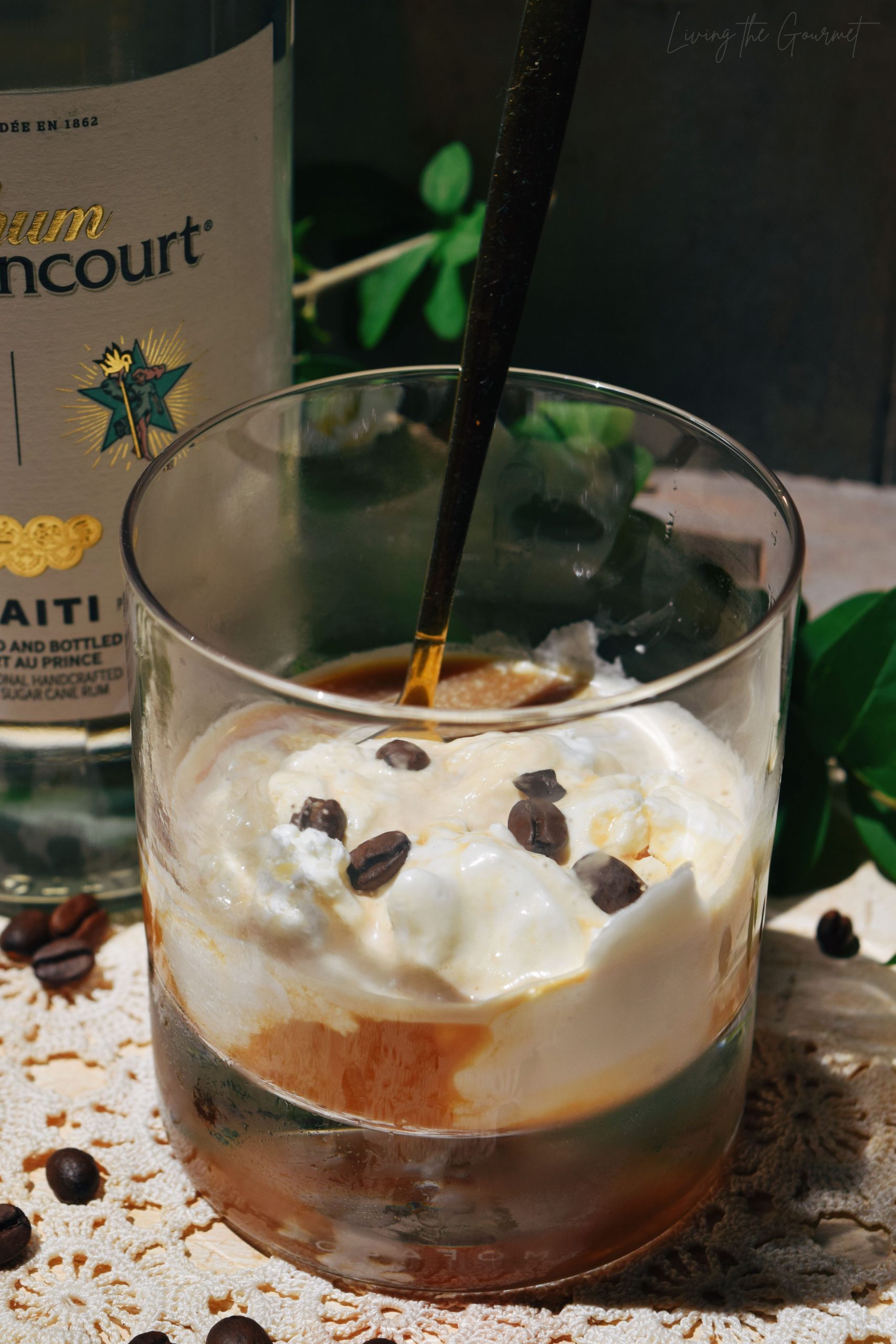 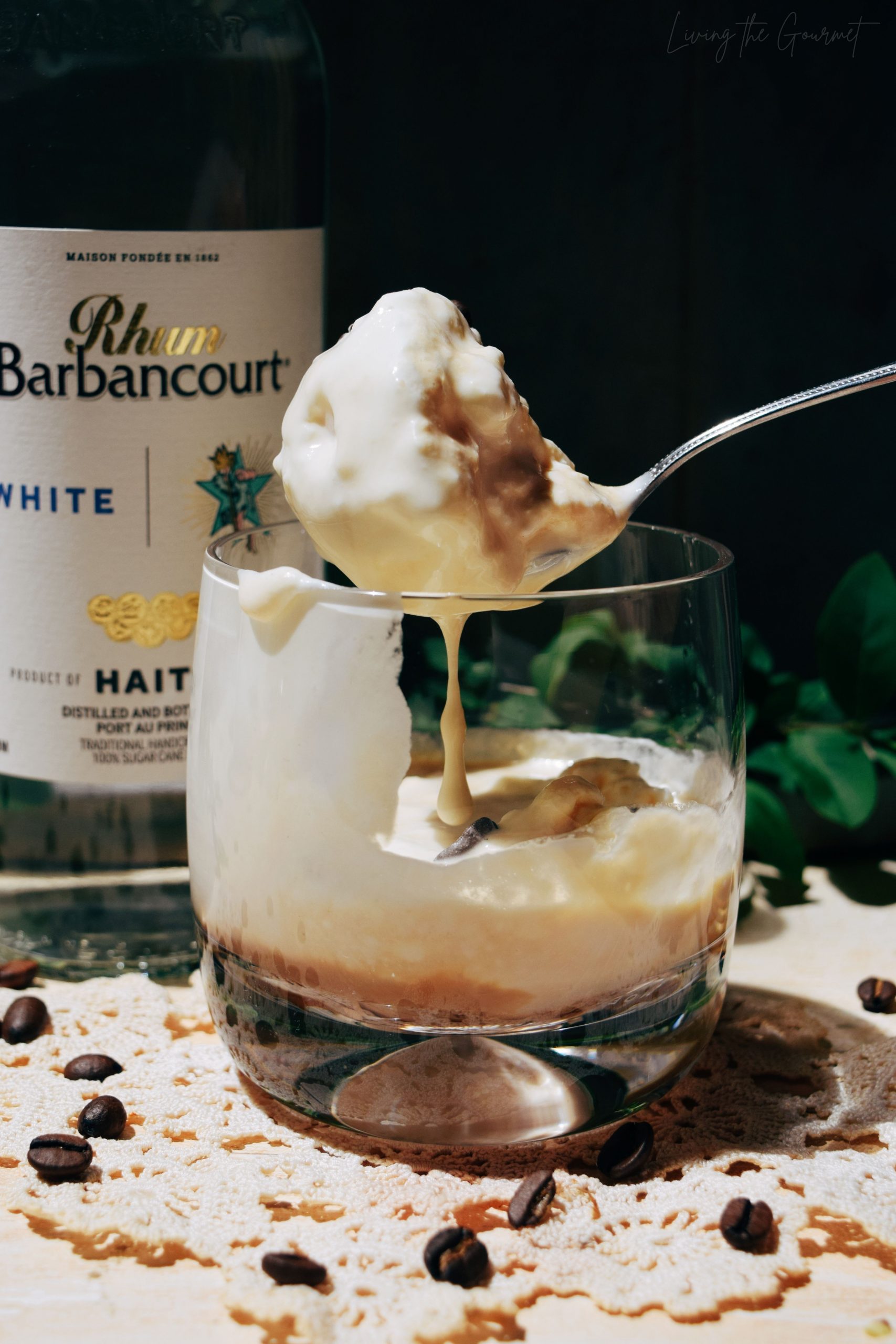 The Review – Tasting and Aromatics

The Rhum Barbancourt introduces itself with crystal-clear colorlessness, as to be expected from decent White Rums. On the nose, the bouquet is that of cut grass, tropic fruit, and something I’ll describe as ‘candied banana,’ set against a lush sweetness. On the palate, there are slightly astringent notes of ethanol, but these quickly fade, as tropic fruit and a pleasant-yet-subtle spiciness overtake the palate. All in all, I consider this to be a very approachable and enjoyable cane juice rum, one that’s perfect for mixing into cocktails.

While today’s rum is perfectly palatable on its own, I think it really shines in cocktails, and I sense that’s as intended by the producers. With that in mind, here a few cocktails I think would work really well around this particular White Rum. 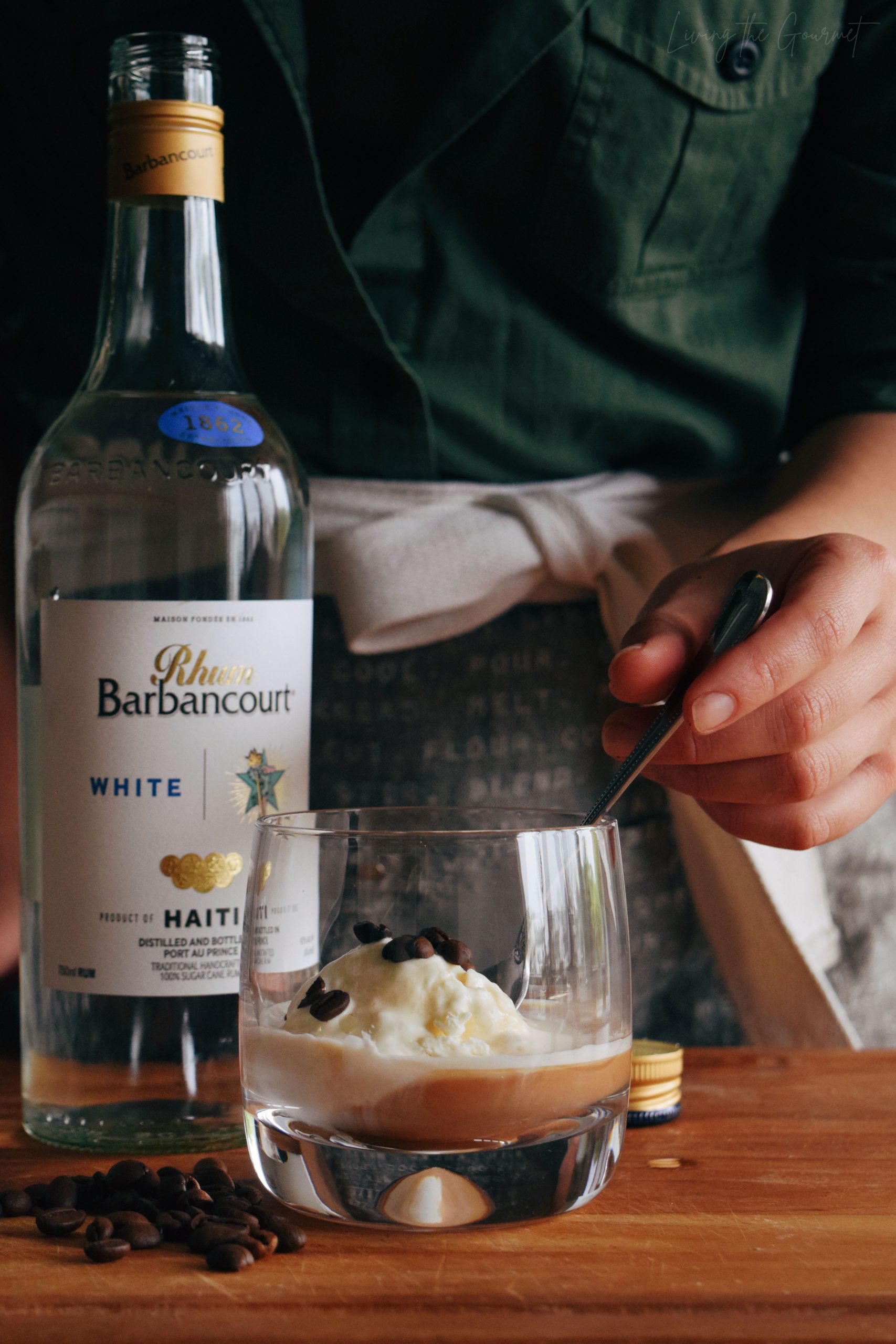 I’ll start out with a few ‘classics’ and then move on to a few cocktails that might be less familiar.

1) The Classic Daquiri. Often called ‘The Sour Cocktail,’ it’s arguable that sour cocktails are only thing because of repeated attempts to replicate the success of ‘The Classic Daquiri.’ In a cocktail shaker, combine three tablespoons of White Rum, two tablespoons of lime juice, and one tablespoon of simple syrup. 3-2-1, and you’re done. Fill the shaker with ice, give it a good shake, and then pour it into a cocktail glass. Simple, delicious, and pleasantly sour.

2) The Mojito. Another ‘by the book’ cocktail. I’m only mentioning this one because it’s pretty much impossible to talk about White Rum without talking about the Mojito. In a cocktail shaker, or in a mortar and pestle, smash up a few mint leaves, then add in two tablespoons of lime juice, two tablespoons of simple syrup, and four tablespoons of White Rum. Fill the cocktail shaker with ice, shake until cold, and then strain into a glass. Top the glass off with about two to four ounces of club soda.

All in all, if your looking for a decent, affordably priced White Rum, Rhum Barbancourt White has got you covered.

Make your espresso first so it can sit while you scoop the gelato or ice cream.

Scoop your gelato into a small shallow bowl or glass that’s been chilled beforehand.

Pour a tablespoon of Barbancourt White Rum over the ice cream.  Then slowly pour the hot espresso in a thin stream directly over the gelato, draping the entire surface of the scoop with an even layer of coffee. Top with some espresso beans if desired and serve immediately.