As the days get shorter and the nights a little colder, settle down with a slice of warm, flaky pie baked to perfection with a hearty filling that boasts of fresh veggies, tender chicken, and a slightly creamy broth. 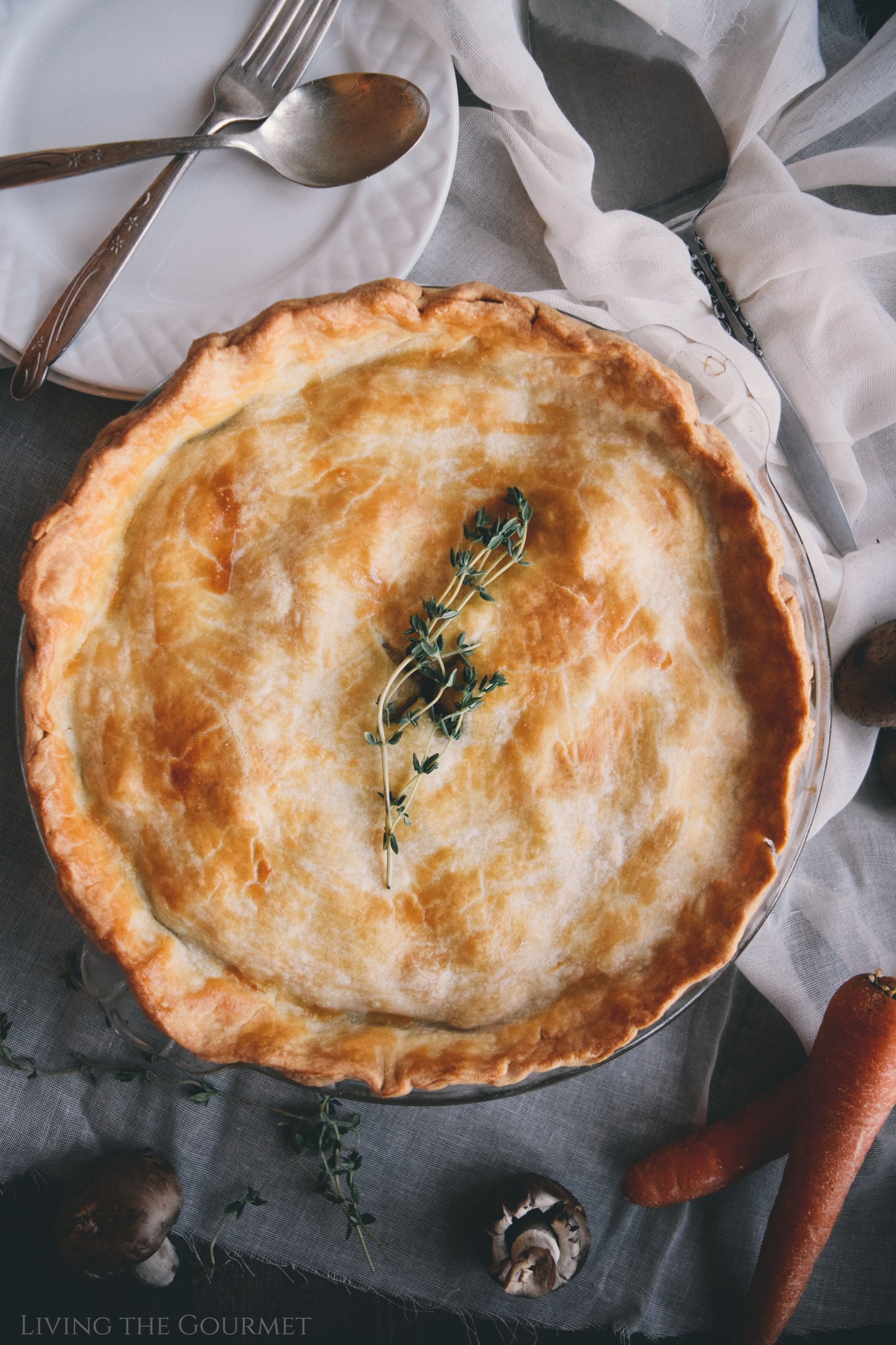 Let me state clearly before we begin, that my mother is a fantastic cook. These are the same words uttered by my mother as she reminisces her own mother’s cooking. It seems to be a common scenario- each generation touts the former as the best. (Godspeed the next generation).

It’s crazy for me to think, because often I’ve said, if I had to have one final meal on earth it would be my mom’s Eggplant Parmesan, but many times throughout the years she has lamented that it doesn’t come close to her mother’s.

Fast forward to now, and I, as a young twenty-something year old, can completely empathize with that feeling. I marvel at my mother’s self-taught ability to cook and bake (despite my reputation for being the baker in the house, everything I know my mother taught me). She has this ‘sixth sense’ when it comes to cooking. She knows exactly how much to add to a dish without measuring, and can think up all these different flavor combinations and spice mixtures. Needless to say, she is more of a risk-taker in the kitchen than I am.

Regardless of this admittance, we still clash at times in the kitchen. Sometimes, we’ll even have a competition. Recently, we had a pie crust competition. 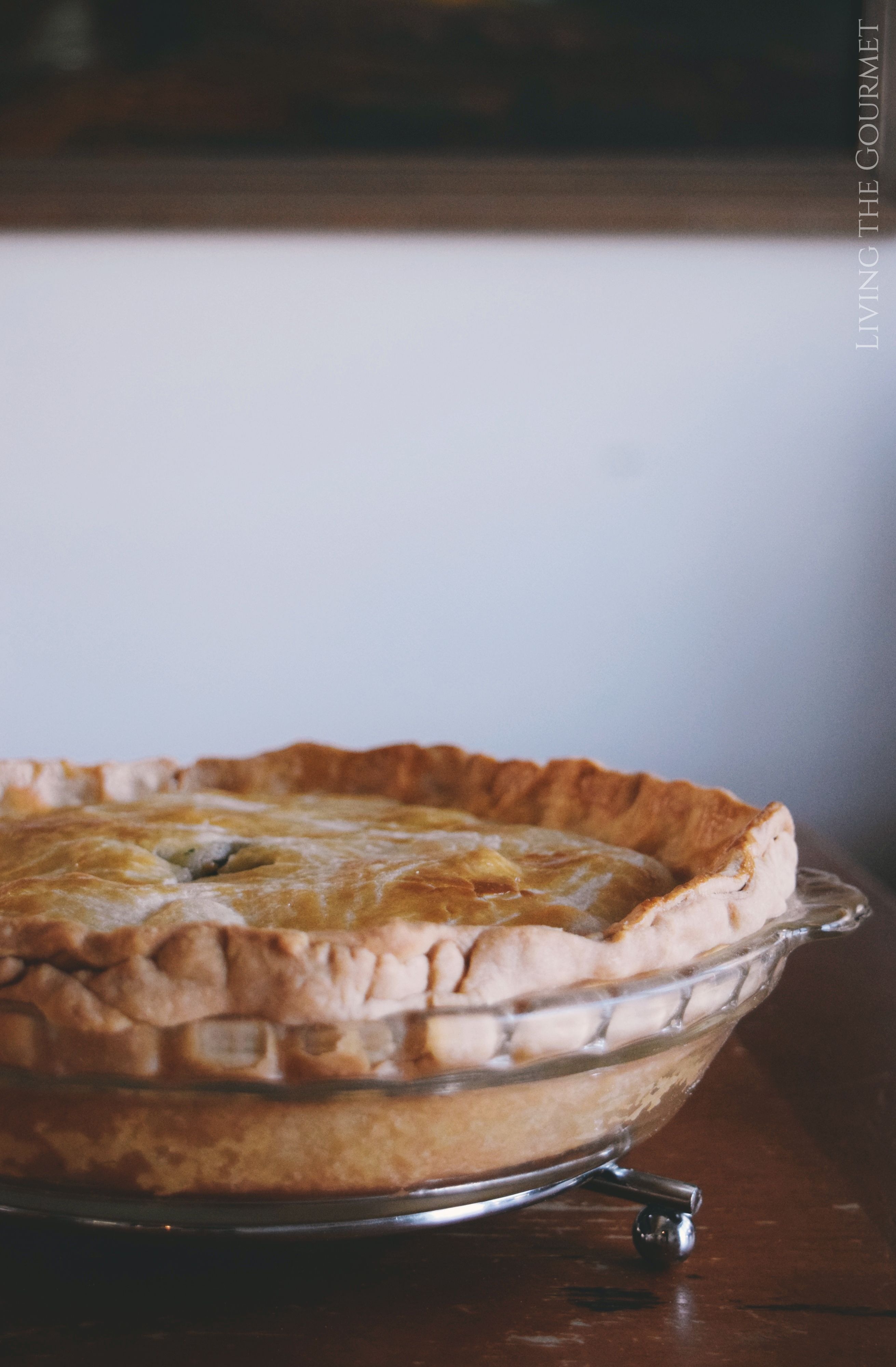 I critiqued and speculated that my mother’s crust would be dry and hard, but she just smiled confidently and kept going her merry way. I should clarify she was making an apple pie, and as ‘the baker’ of the house, I thought her dough needed to be softer.

Long story short, that night while everyone was enjoying a slice of apple pie, I was served a warm slice of humble pie. For the record, it was delicious and the crust turned out perfect. I may have had two slices…

The following day, I decided to humor myself and make a pie as well. The problem was, we already had an apple pie. So I opted for a savory pie instead. Enter today’s recipe. 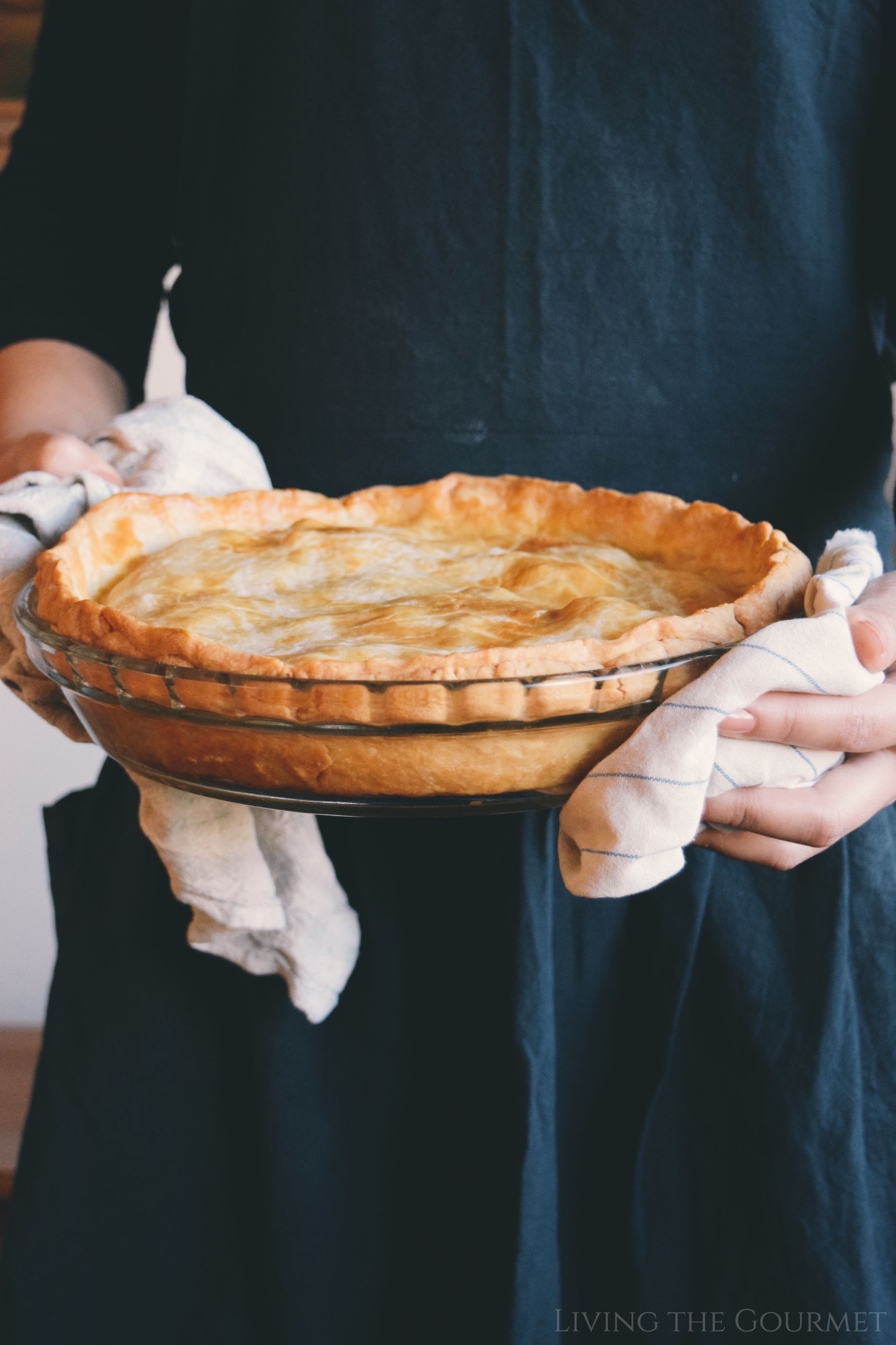 A PIE FOR ALL SEASONS

Few things are as comforting as Chicken Pot Pie. A buttery, flakey pie crust is baked until golden and bubbly with a creamy, hearty center. What’s not to love really?

For the crust, I used both butter and shortening for ultra flaky layers. As for the filling, I didn’t go quite as heavy on the cream side. I made a roux to thicken the filling, but rather than the traditional heavy cream, I went for half and half. The result was more of a creamy broth than a thick, goopy sauce. 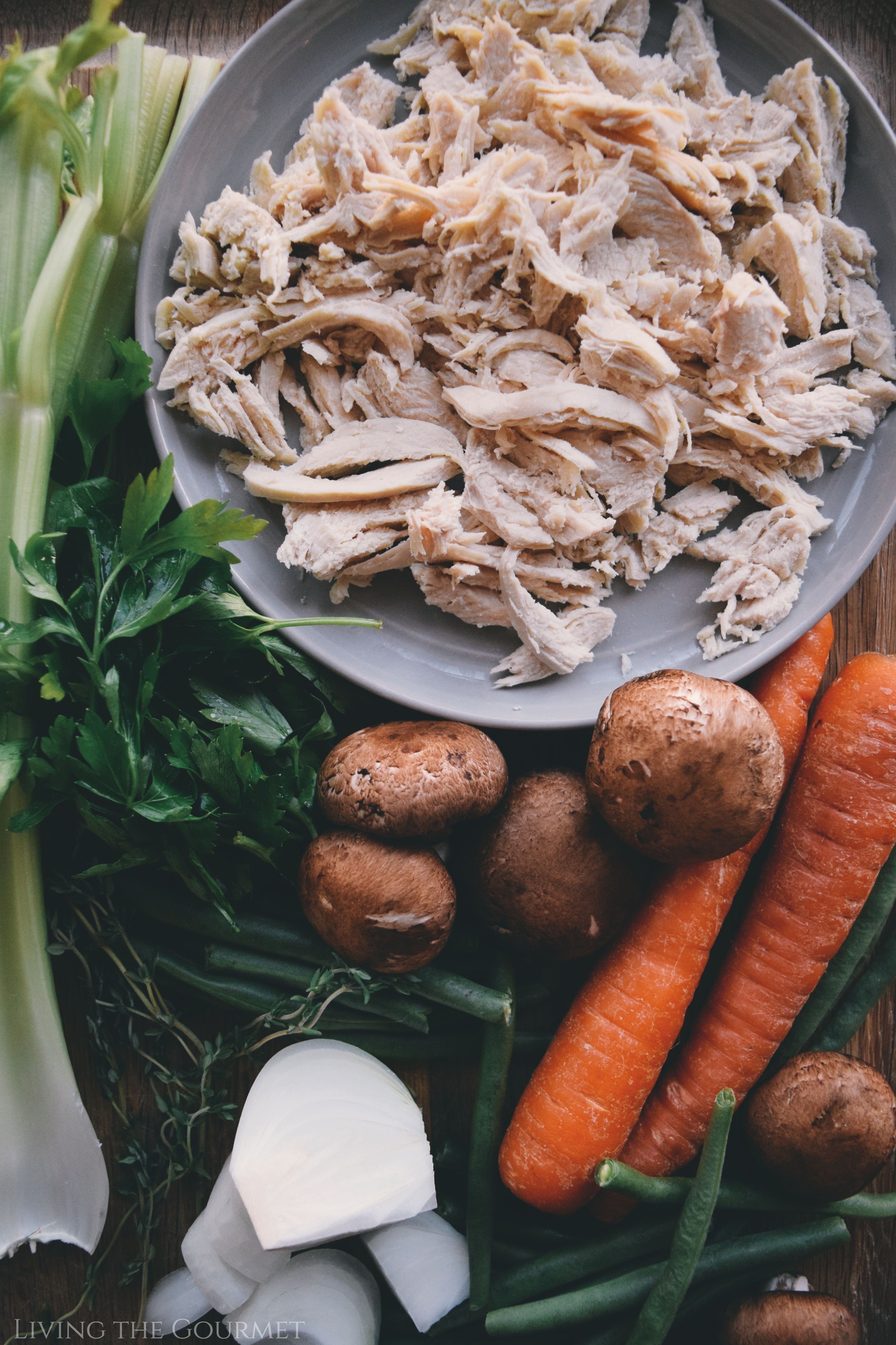 The star of the show here is really the thyme. I strongly encourage you use fresh thyme for this recipe. It makes all the difference.

The pie keeps up to four days in the refrigerator, if it lasts that long. And yes, it is delicious hot or cold. I served it hot, and enjoyed it again later in the midnight hour. I told myself it was for research…just to make sure the crust kept its texture. It does. 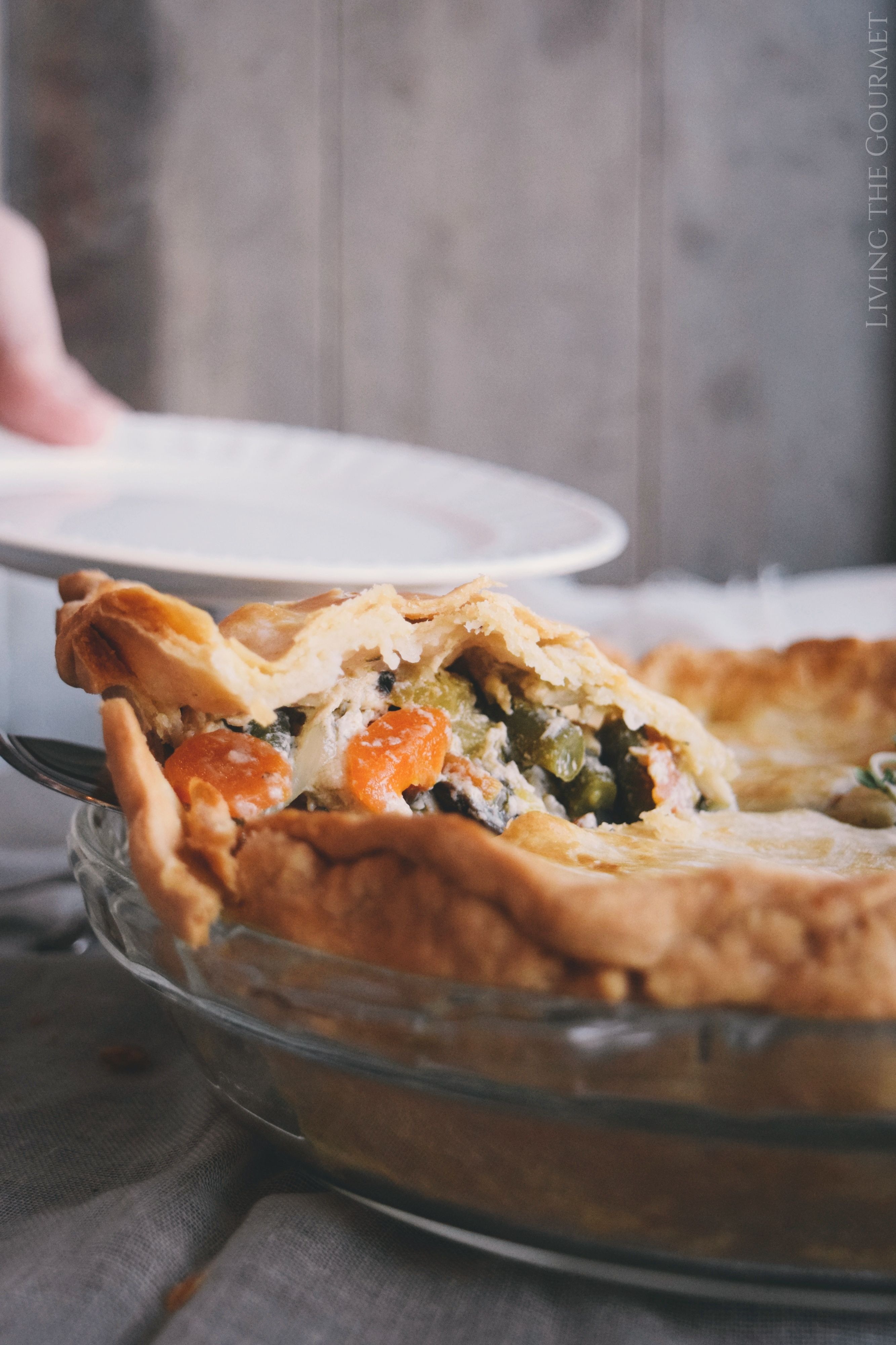 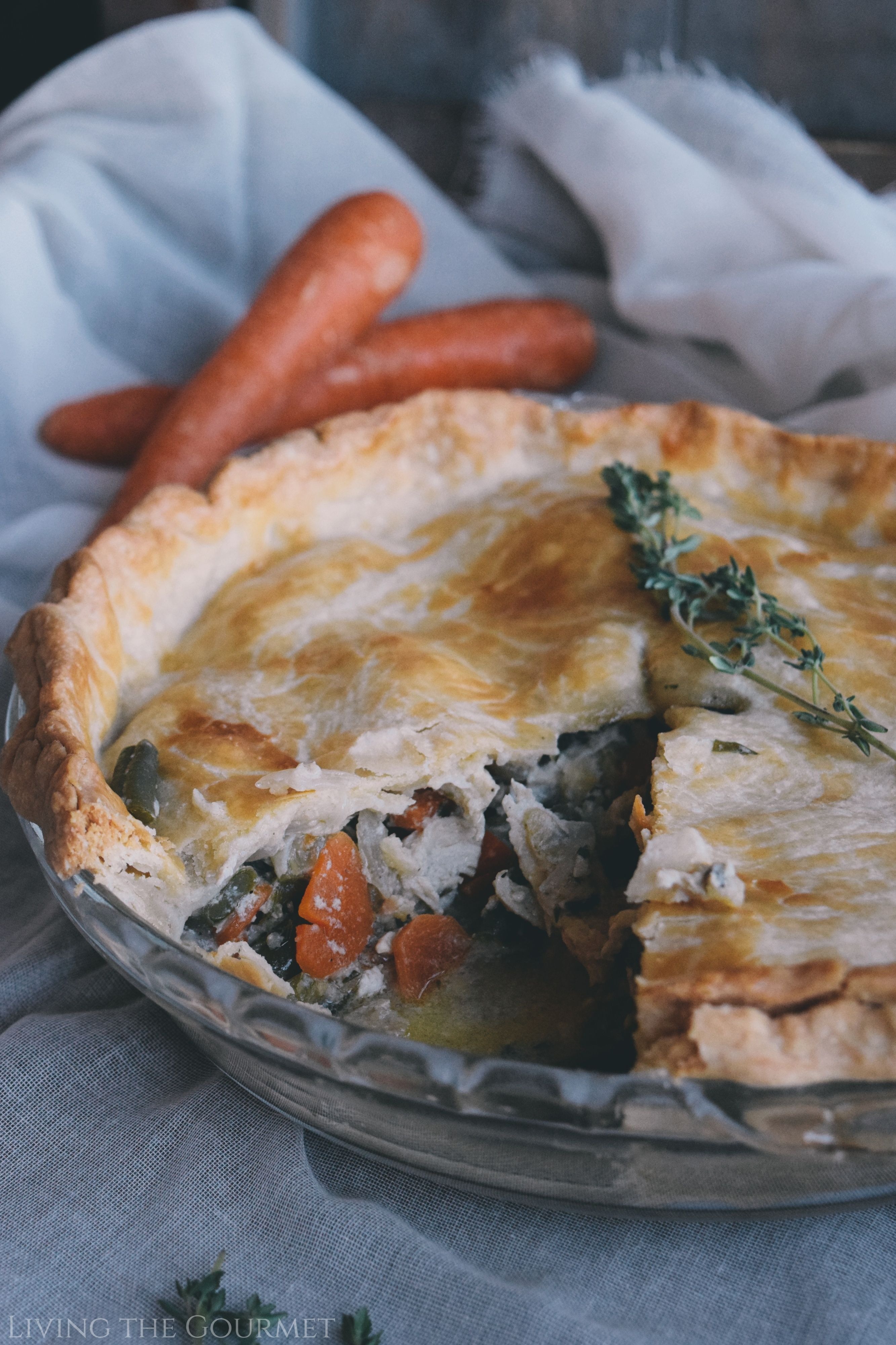 So you see, my mother and I have our own styles of cooking and our own preferences, yet somehow it works and compliments one another in the most unexpected way.

On that note, I leave you with today’s recipe and the promise of a very delicious apple pie recipe coming soon. Until then, enjoy with love. 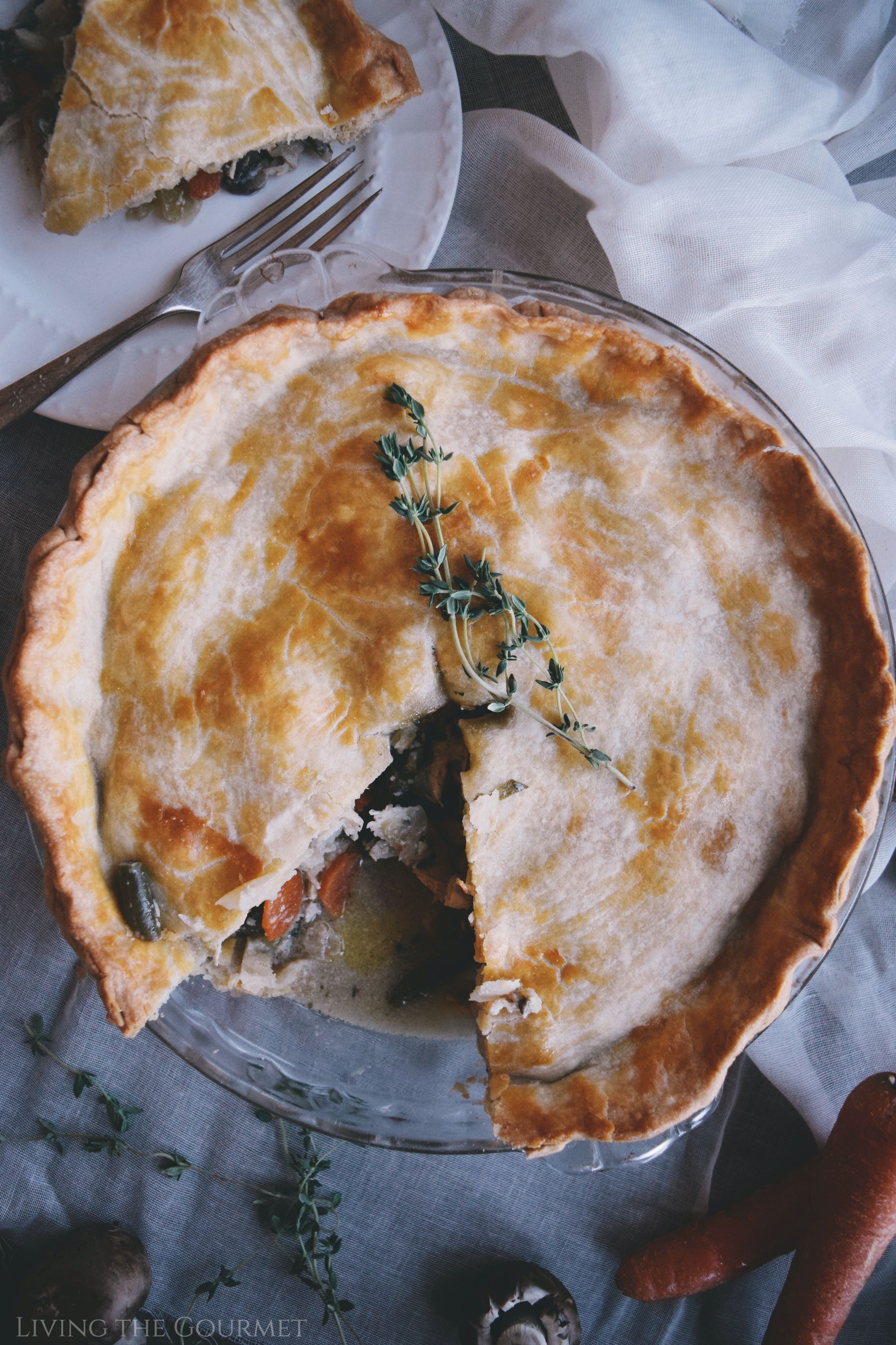 If You Enjoyed Today’s Recipe…
Be sure to follow us on Instagram to stay up to date with all things Living the Gourmet, and for more great recipes, tips and tricks.