Today we’re putting together a spin on one of my favorite recipes – Stuffed Bell Peppers.

Featuring just nine basic ingredients, and being oven free, these peppers are great way to start off the fall, whether you preparing them as appetizers, or as a light accompaniment to the main course.

Without further delay, let’s get to it. 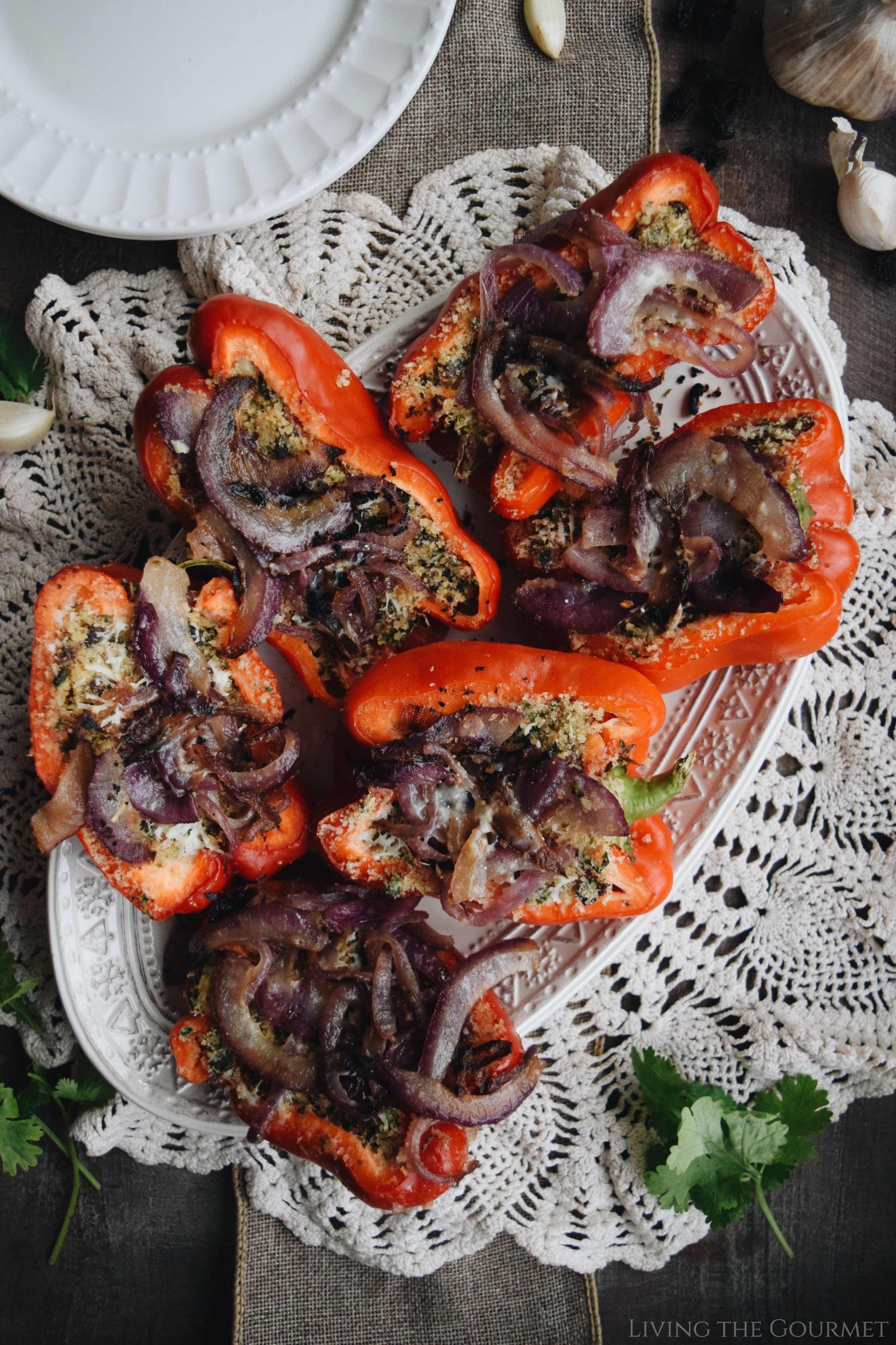 1) Firm Peppers Are A Must. Since we aren’t baking these peppers, but rather giving them a quick char in a cast iron pan, you’ll want the absolute firmest, crispest peppers you can get your hands on. First and foremost, you want the peppers to stay together, firmly, after stuffing and charring. You also want them to retain a crisp ‘crunch’ when biting into them. A quick rule of them when selecting peppers in general is to select peppers that feel ‘heavy,’ that have a nice sheen to their skin, and that are firm in the hand.

2) Serve As Soon As Possible. Unfortunately, today’s recipe is ‘not’ make-ahead friendly. You ‘can’ make the stuffing a day or two ahead of time, but you want to serve these peppers as promptly as possible, since charred peppers tend to ‘wilt’ and lose their firmness in the fridge.

3) Experiment. The great thing about this recipe is just how versatile it is. Feel free to try adding in chopped anchovies, or roasting the garlic before chopping it up into the breadcrumb mix, or even using a different pepper such as poblano or thin red Italian peppers. 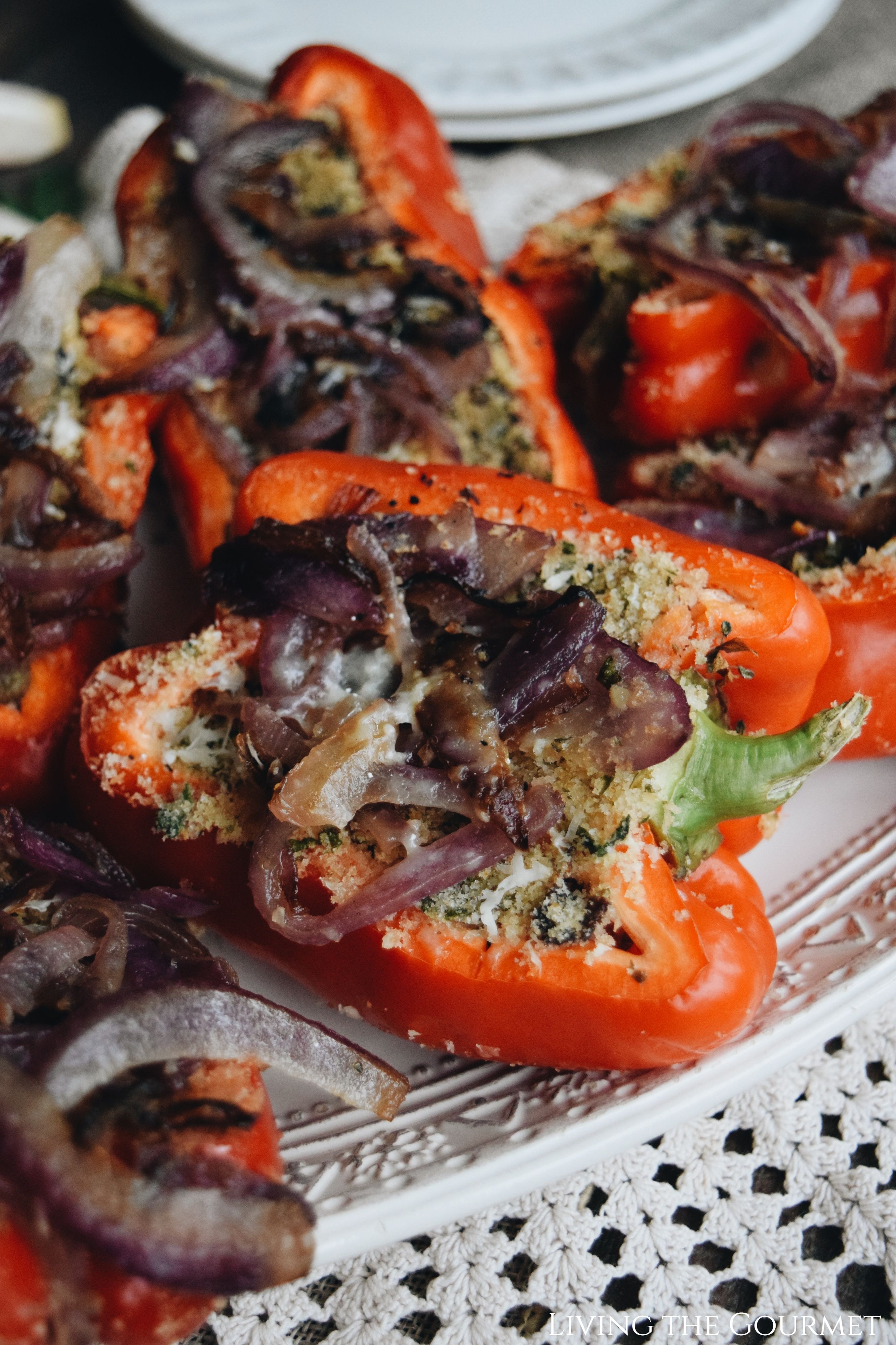 1) Cutting the Peppers. There are two ways to cut peppers for stuffing. The first is cut the peppers lengthwise to create ‘boats,’ as pictured in today’s the recipe. The other way is to ‘cap’ the peppers, meaning to take just the tops off to leave behind large ‘pepper bowls’ for stuffing. While both ways can work for today’s recipe, I strongly suggest the former. To do this, merely insert your knife just through the ‘flesh’ of the pepper, and then cut along the perimeter of the pepper lengthwise – from one end of the stem to the other, such that the pepper is easily separated into two halves. Then simply lift out the core, brush away any remaining seeds, and you’re done.

2) A Question of Stems. You ‘will’ have the stem left over on one the remaining halves. I prefer to leave the stem for garnish, especially since removing it risks damaging the half of the pepper that it’s left in. However, this comes down to preference. 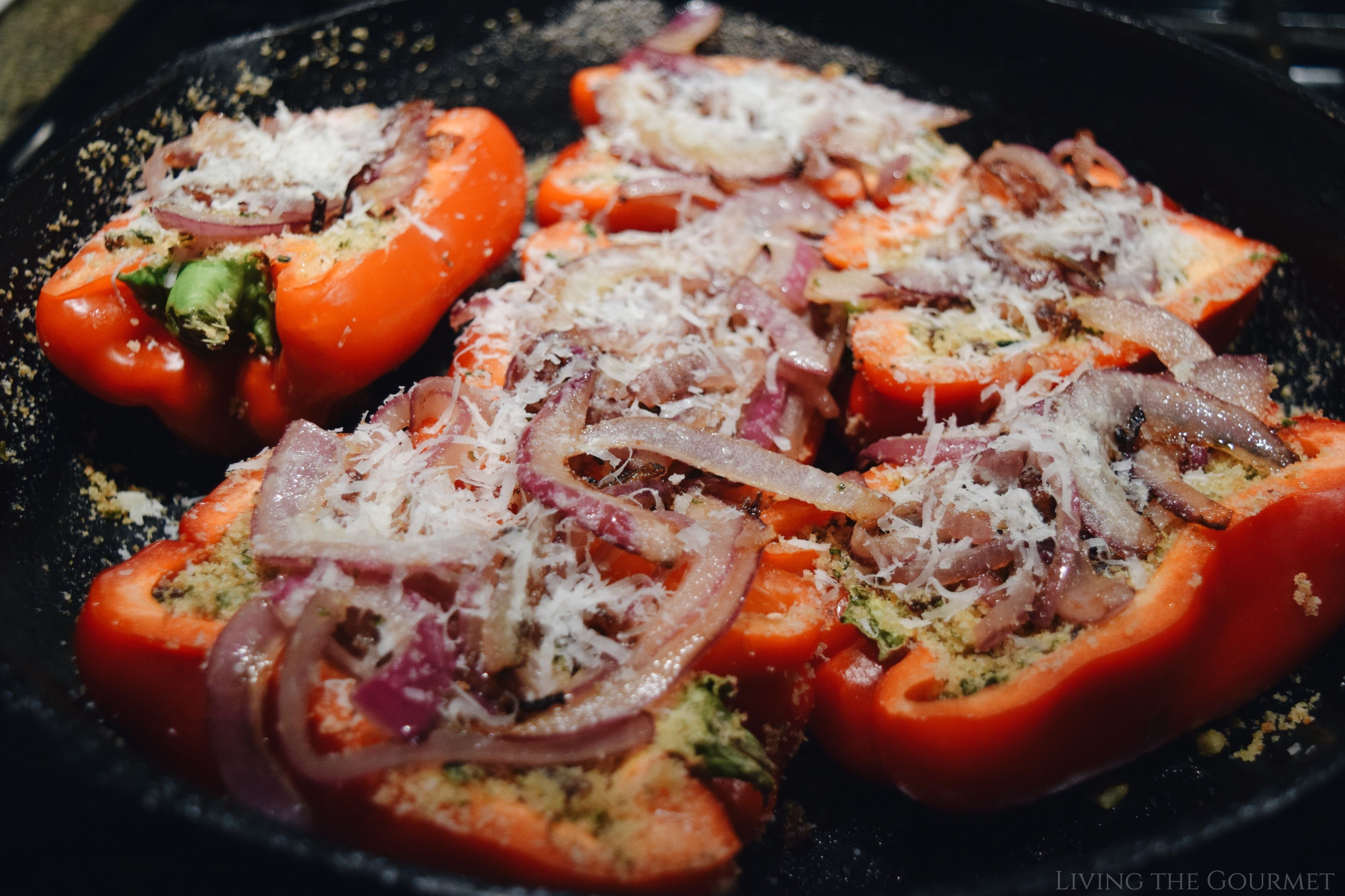 3) Avoiding the Oven. You might be wondering exactly why or how we’re skipping the oven, since virtually every stuffed pepper recipe out there involves either baking the stuffed peppers. The answer here is simply “Because we can.” Instead, we’re simply cooking the stuffing briefly in a cast iron pan, add it to the peppers, and then giving the peppers a quick char before serving. No baking, no waiting. 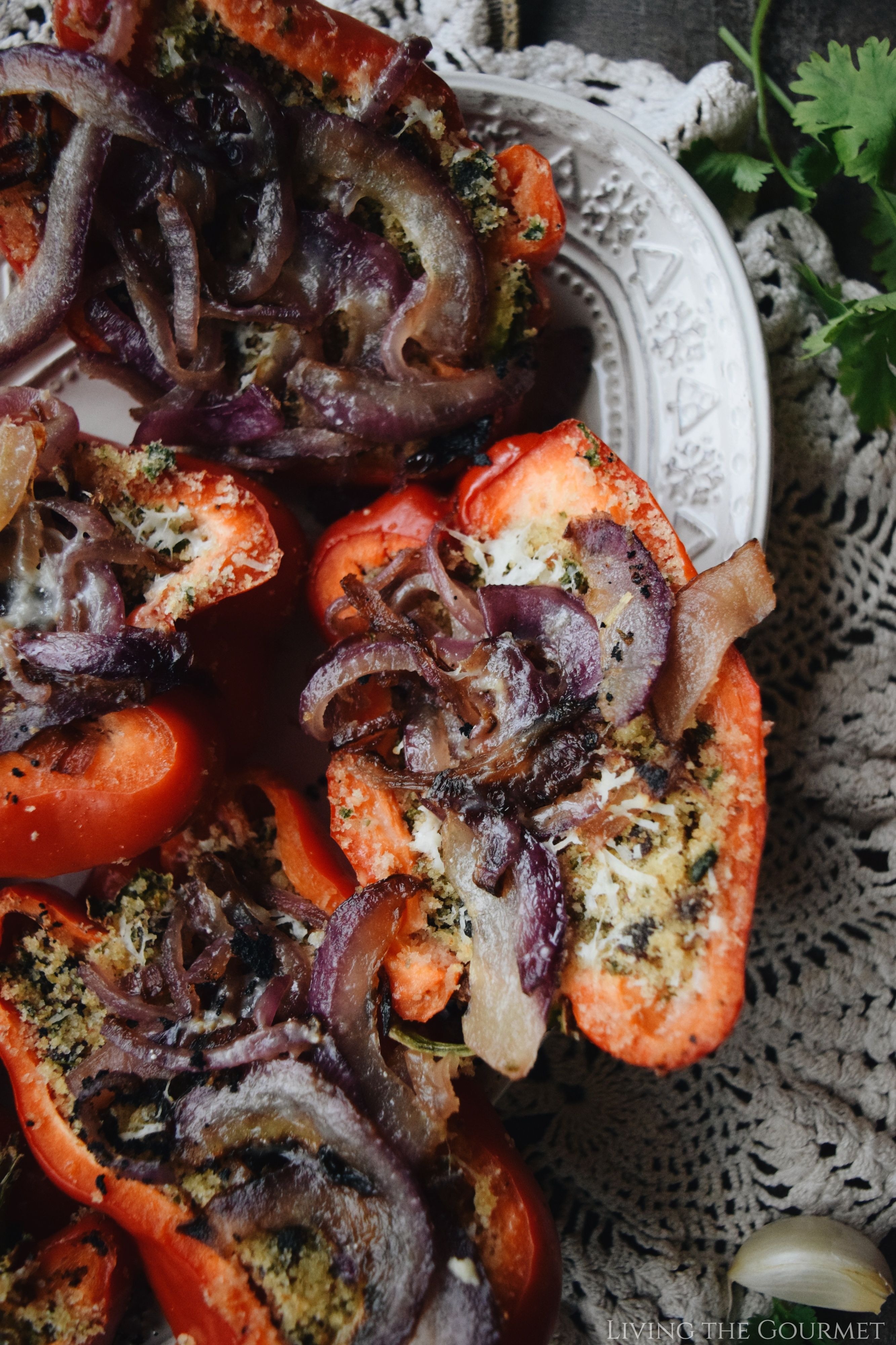 1) Chili Stuffed Peppers. Featuring a spicy vegetarian chili stuffed inside charred bell peppers with cilantro, grilled jalapenos and plenty of minced garlic, these peppers are hardy, satisfying, and have something for every palate.

2) Italian Style Stuffed Peppers. Featuring just twelve ingredients in total, these are thin red Italian peppers stuffed with a savory-yet-simple mix of Italian parsley, breadcrumbs, red wine, garlic, anchovies, and grated provolone. Being this simple, there’s no excuse not to try them at least once. 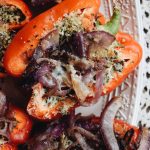 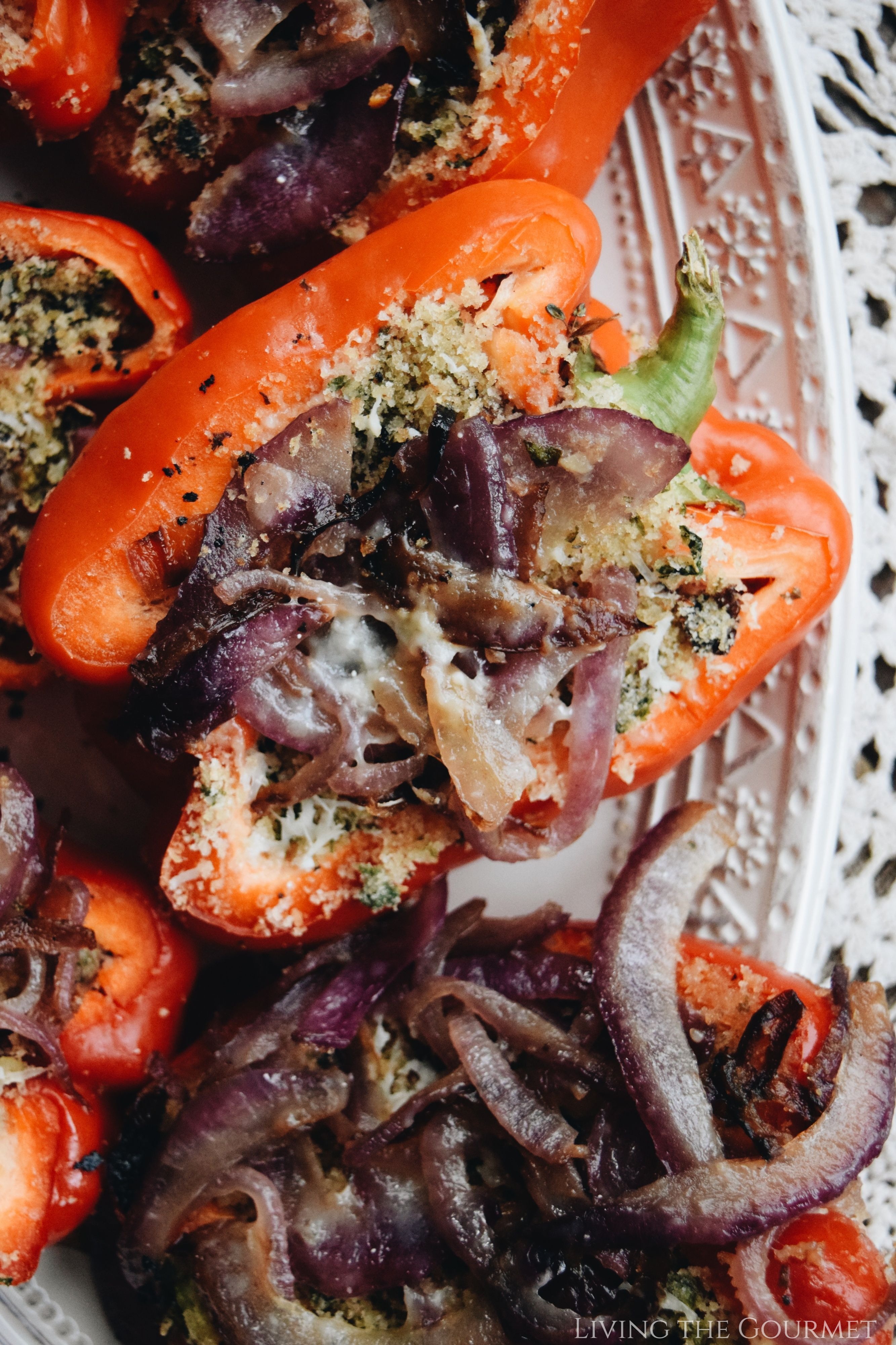