This shop has been compensated by Collective Bias, Inc. and its advertiser. All opinions are mine alone. #McCormickONE #CollectiveBias

We’re bringing the heat today with this simple One Pan Skillet Chicken & Peppers. It’s a delicious welcome to the fall season! 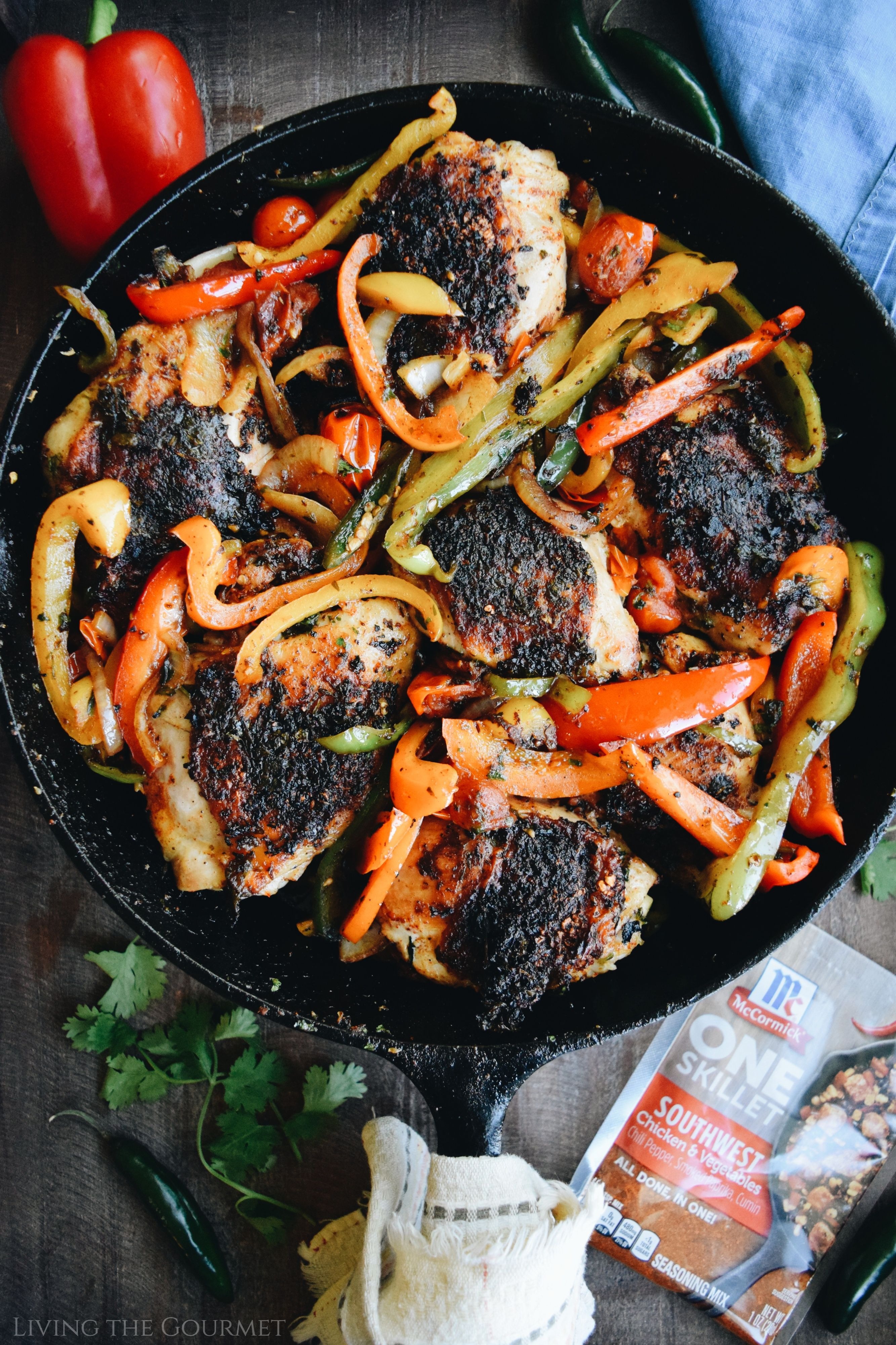 We’ve all been there, it’s the end of a long day and you’re hungry and tired in equal measure, but starting on a complicated or time consuming recipe is about the last thing you feel like doing. Despite that, however, you cringe at the idea of something ‘ready-made.’ Instead, you want something ‘weeknight gourmet,’ something that’s as satisfying and flavorful as a homemade meal on the weekend, but that can easily fit inside of a busy weeknight schedule. 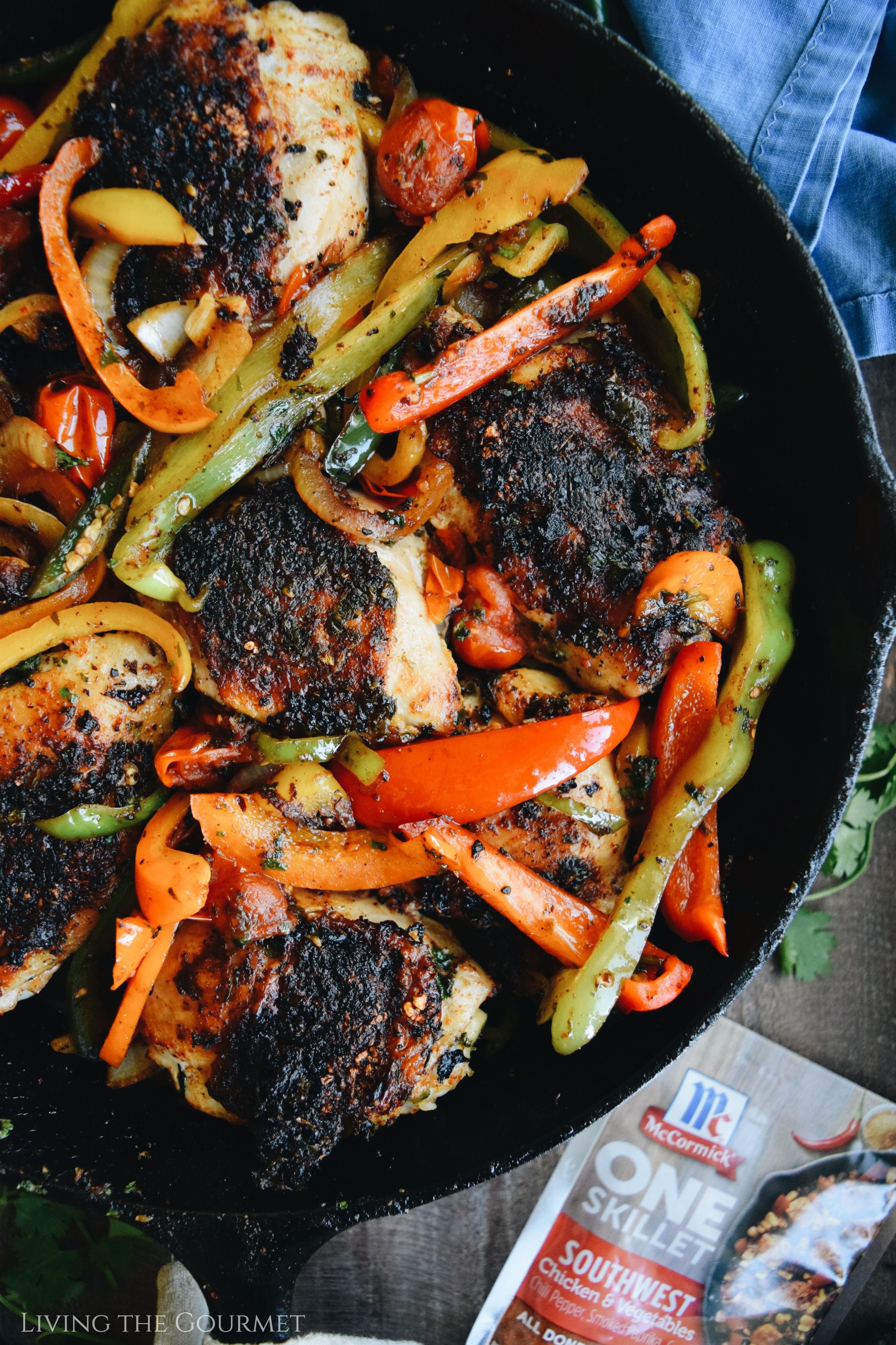 Today we’re putting together something that fits that bill perfectly – Spicy Skillet Chicken and Chilies, which is a sublimely simple one pan one meal recipe, made even simpler and more flavorful using McCormick® ONE Southwest Chicken Skillet seasoning mix which you can find at your local Stop & Shop in the spice aisle.

Why You’ll Love This Recipe:

1) One Pan, One Meal. Combining bone-in chicken thighs, a menagerie of peppers, fresh garlic, and McCormick® ONE Southwest Chicken Skillet all in a single cast iron pan, today’s recipe is a quintessential one pan meal that can “Make Homemade Happen More.” 2) Weeknight Gourmet. Given the simple preparation process, readily available and easy to use ingredients, and the convenience of the McCormick® ONE Southwest Chicken Skillet mix, this is a perfect recipe for busy weeknights. 3) More than Just Heat. While today’s recipe definitely ratchets up the heat index a bit, the heat is far from this recipe’s defining feature. On the contrary, the subtle heat of the peppers complements the recipe’s layered savory flavor profile, adding to and framing the dish’s flavors rather than overwhelming them. 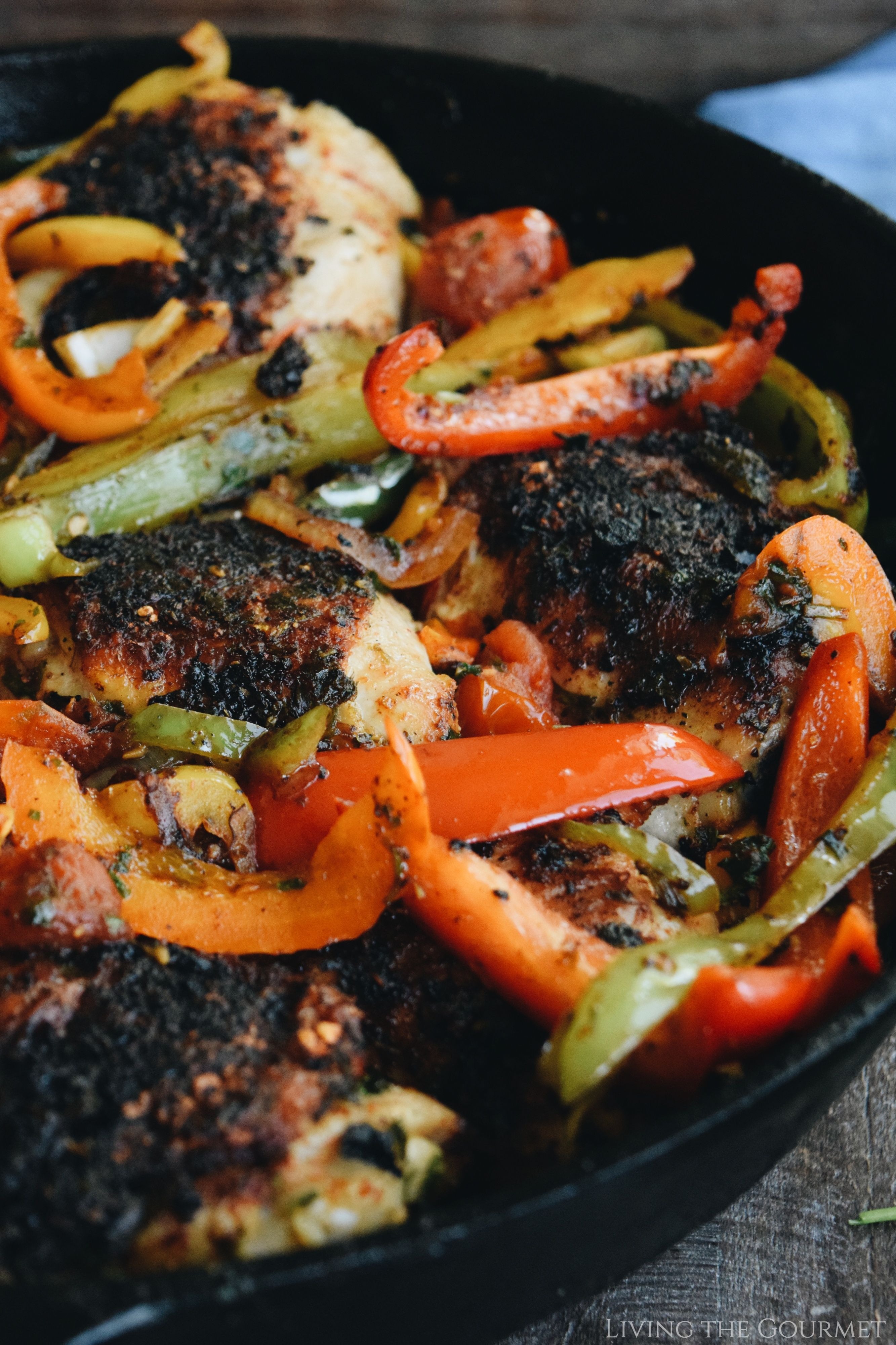 1) Fresh Cilantro. One of the most perplexing myths I’ve come across is that parsley and cilantro are somehow interchangeable. Parsley has a ‘fresher,’ ‘subtler,’ and ‘crisper’ flavor than cilantro. The Italian variety is also much more ‘eye-appealing,’ having a naturally ‘fuller’ look courtesy of its frilled leaves. Cilantro on the other hand has a decidedly earthier flavor profile, and markedly more ‘herbal’ aromatics than parsley. In recipes that call for cilantro, you’re likely to find much more robust or ‘heavier’ mix of ingredients, where the cilantro is able to hold its own as well as complement the heavier flavors and textures with its own earthy qualities – as in today’s recipe, where parsley, by contrast, would simply be overwhelmed.

1) Peppers, Peppers, and Peppers. The first thing you’ll likely notice when glancing over the ingredient list is…lots of peppers. The reason ‘why’ is simple. We’re getting crunch and color from the trio of bell peppers, along with savory-spice from the Serrano and jalapeno peppers. Now, if you’re averse to heat, or sensitive to capsaicin, feel free to sub in an extra bell pepper or two in place of the Serrano and jalapeno, or simply leave out the seeds – which is where most of the heat is located.

2) McCormick® ONE Southwest Skillet Chicken. This is where all of the seasoning for today’s recipe is coming from. A single use packet of seasoning “Made with McCormick® Spices,” means easy prep, easy clean up, and no measuring or fussing with spices on busy weeknights. Made with no artificial flavors and no MSG, this is meal path convenience and flavor that you can feel good about eating. 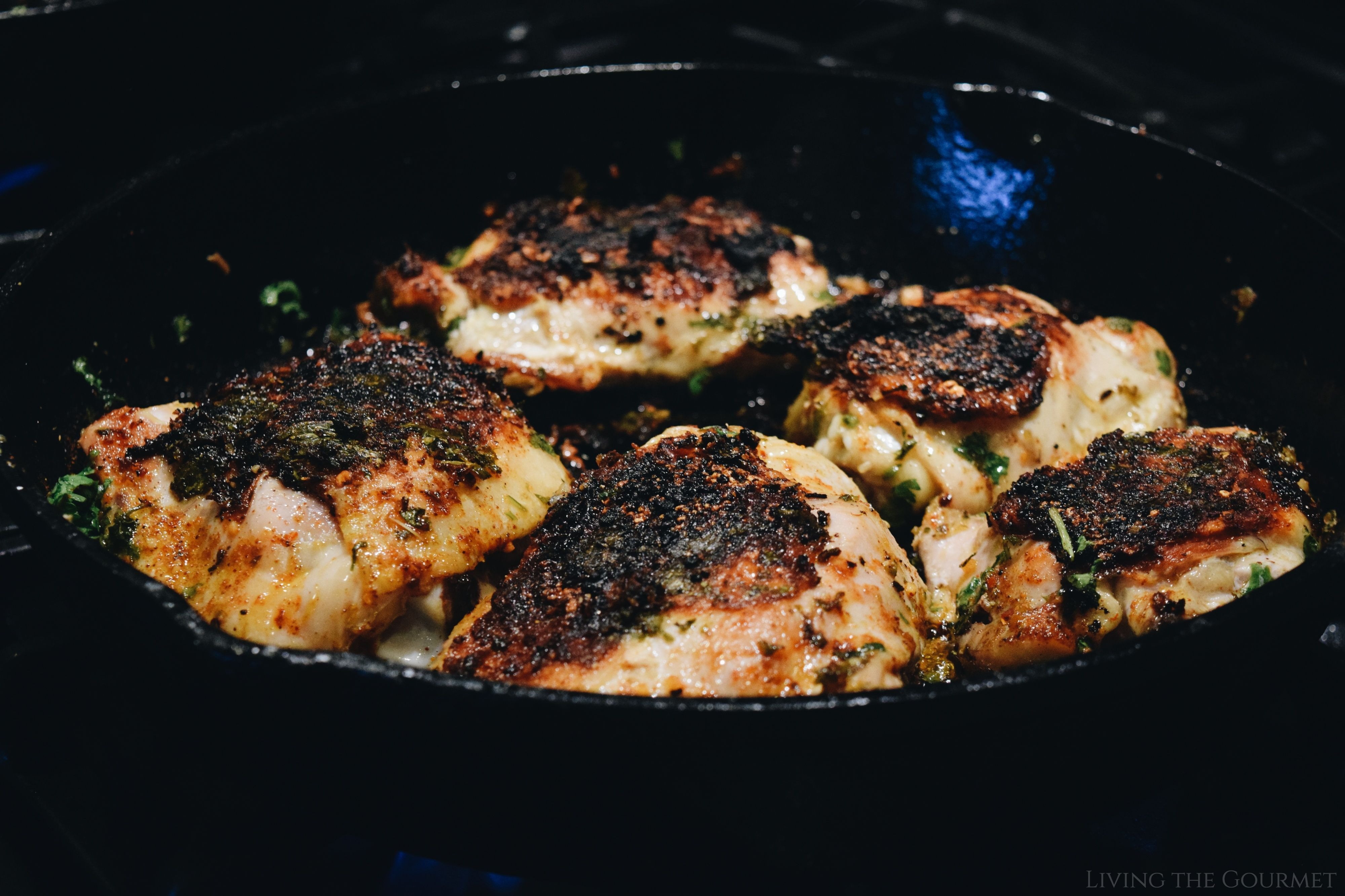 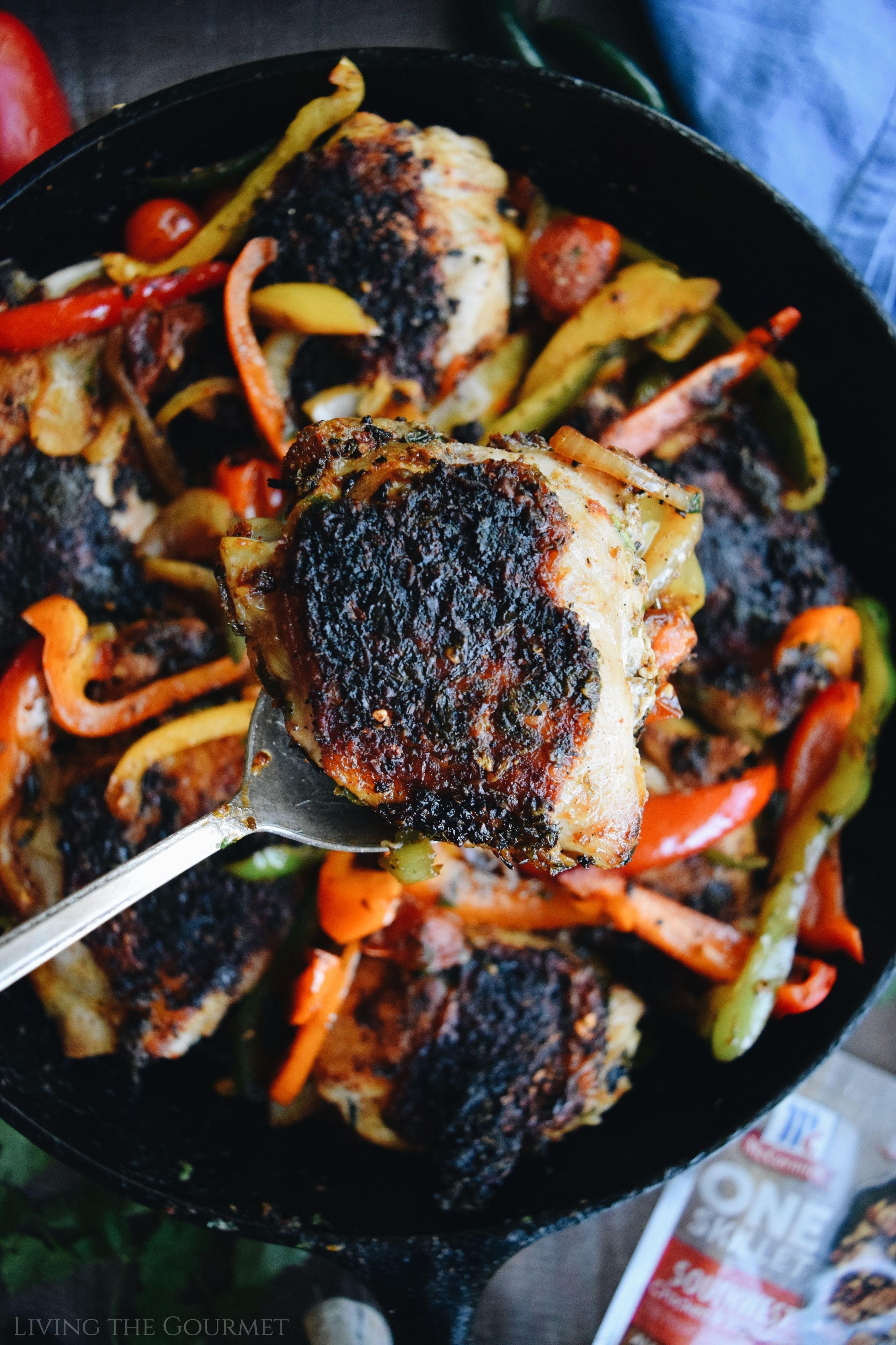 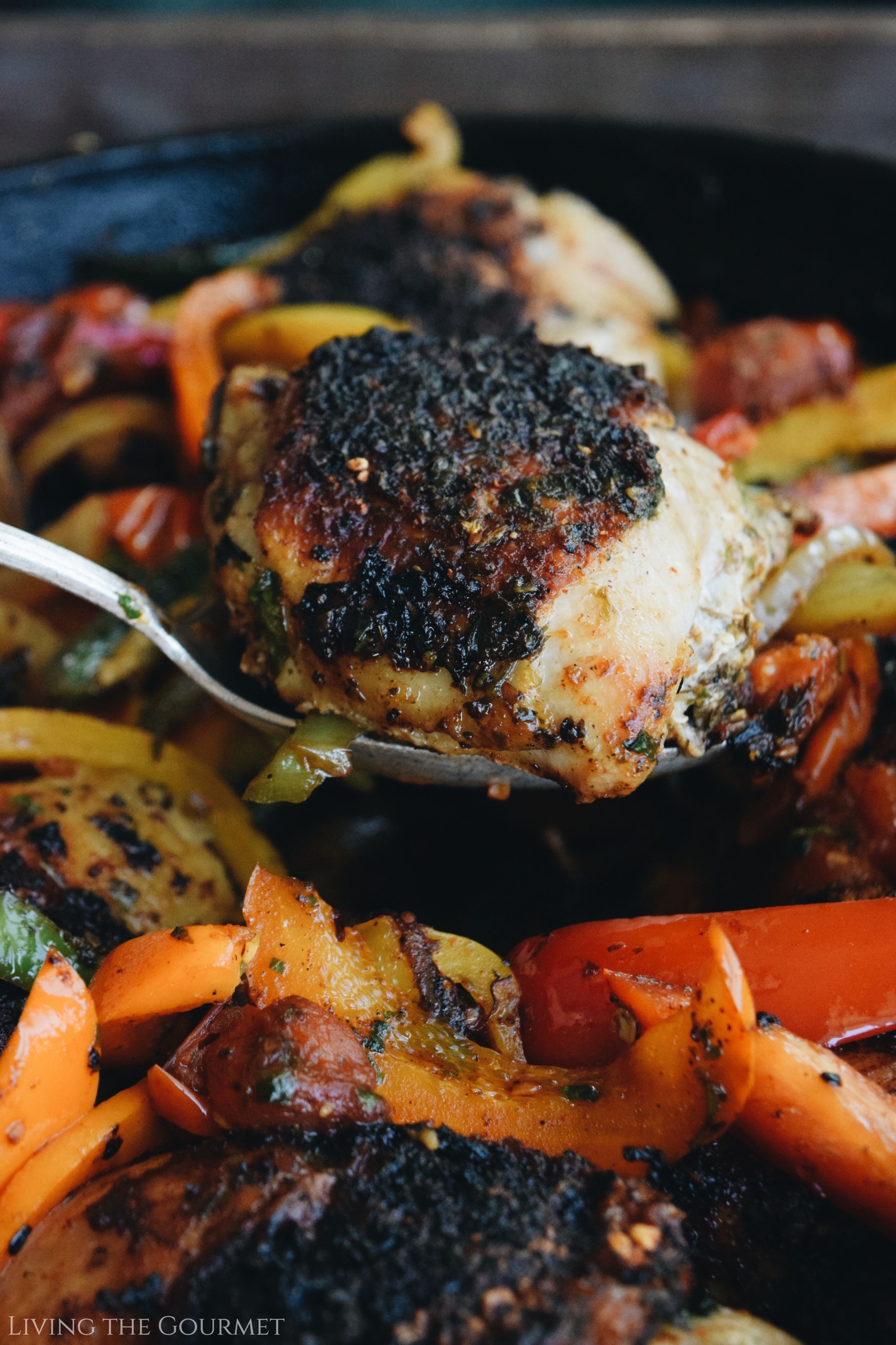