Thank you to Chateau Gaby for sponsoring this post. All opinions expressed are my own.

We’re serving up Sausage and Tomatoes with homemade flatbreads for a hearty yet casual meal that is perfect for the warmer weather. Serve alongside a fresh gremolata and garden salad and a glass of wine.

My recent wine reviews here have been a vinicultural tour of California and New York, Chile and Argentina, and then back to the Old World to sample offerings from Greece and Galilee.

Truth be told, it’s been a shockingly long time since I visited either of the ‘wine epicenters’ of Italy and France – and I suppose that was in part by design. I wanted to diversify what I had been sampling here, but today I think it’s time I revisit more familiar vines with a quick tour of Bordeaux, courtesy of Chateaux Moya and Chateau Gaby. 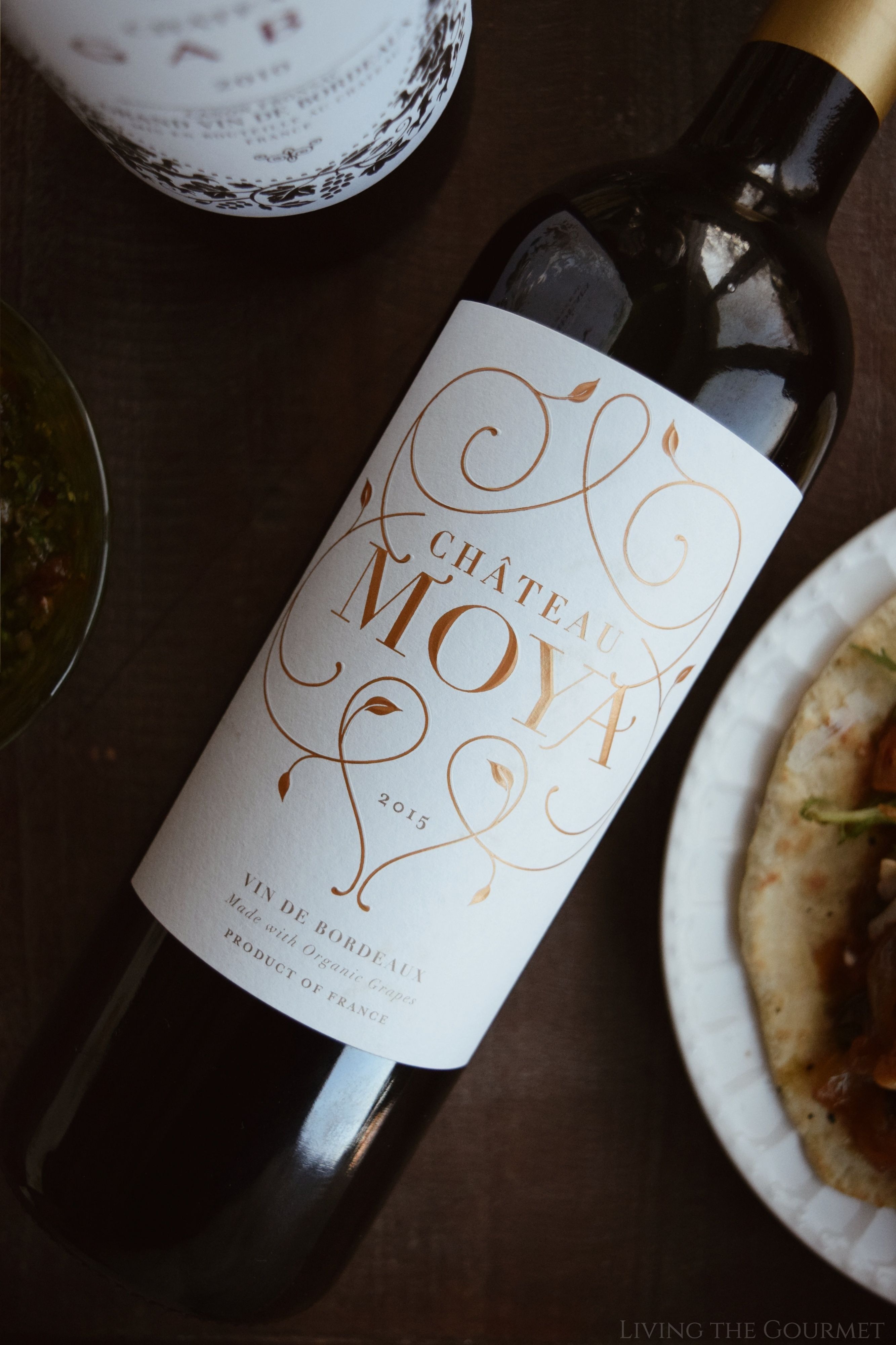 With that said, how does today’s wine hold up? To start, the wine introduces itself with spice and herb aromatics, perforated by hints of toasted oak. Towards the middle of the glass, there is a faint dusting of cocoa, and the toasted oak matures into what I’ll describe as antique wood, with thin traces of vanilla or ‘spiced sweetness’ towards the bottom. On sampling, characteristic dark fruit essences predominate, think sliced black cherry and currants. The wine is carried on a smooth mouthfeel, and features a lasting finish that ends on the toasted oak and spice essences from the aromatics.

For pairing, red meat entrees would serve excellently alongside things like grilled vegetables and herbed potatoes. Game meats such as pheasant, venison, and duck would also serve excellently. Charcuterie arranged with goat and sheep cheeses would also meld very nicely with this wine. 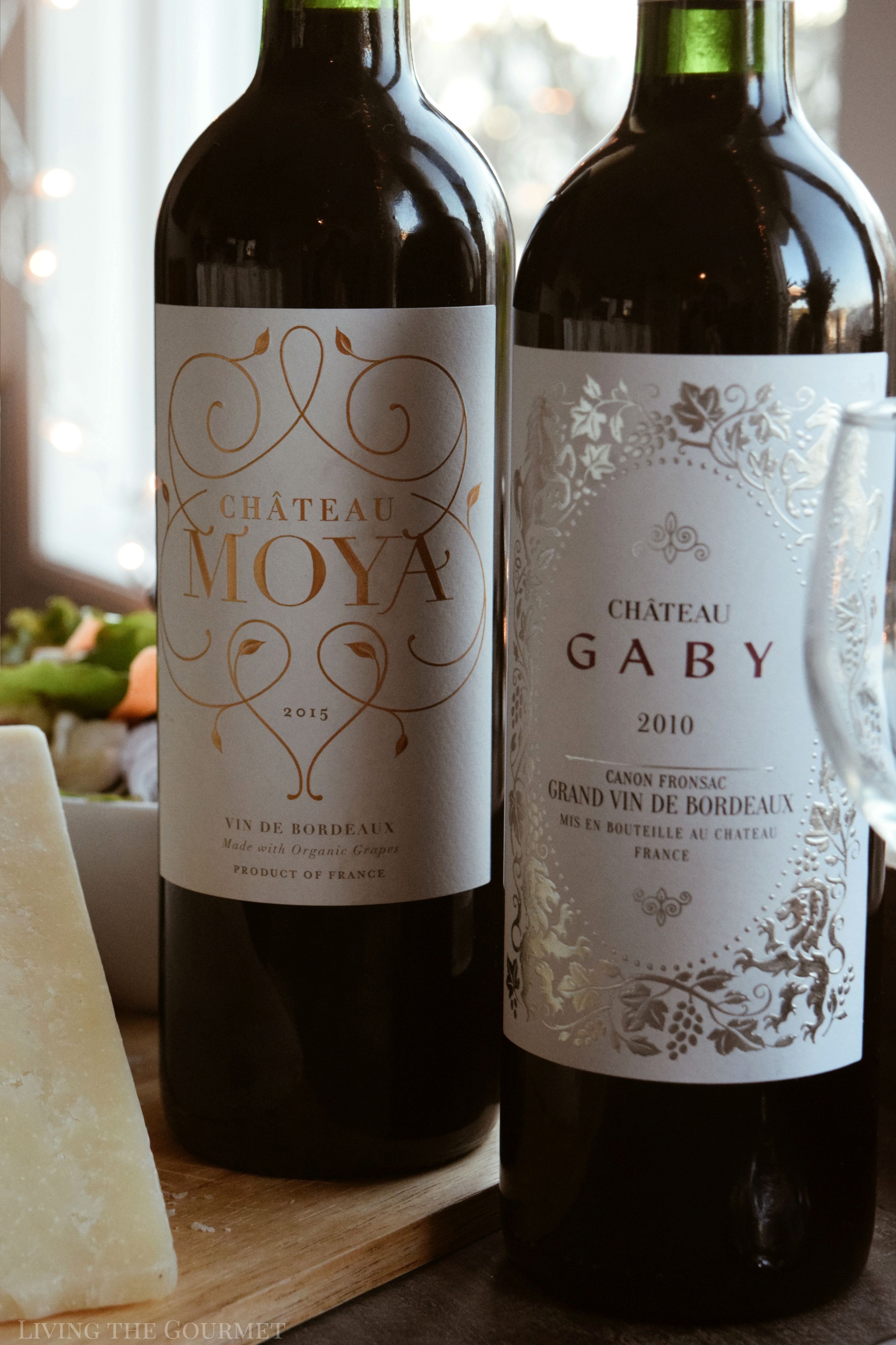 Up next we have Chateau Gaby 2010 Canon-Fronsac. The Canon-Fronsac is an AOC just east of Bordeaux, and just North-West of Libourne, and is devoted primarily to Merlot-led ‘Bordeaux Blends,’ which are generally considered to be the premier offerings of the wider Fronsac region. Today’s wine introduces itself with spiced dark fruit aromatics, which carry through to the bottom of the glass. Hints of licorice or perhaps muted cherry essences perforate through the bouquet. On the palate, the wine is moderately tannic, and the aromatics largely carry over, but with the addition of cassis notes, with faint shades of something earthy in the background, perhaps cinnamon or leather. It’s a pleasantly complex profile that I quite enjoyed. 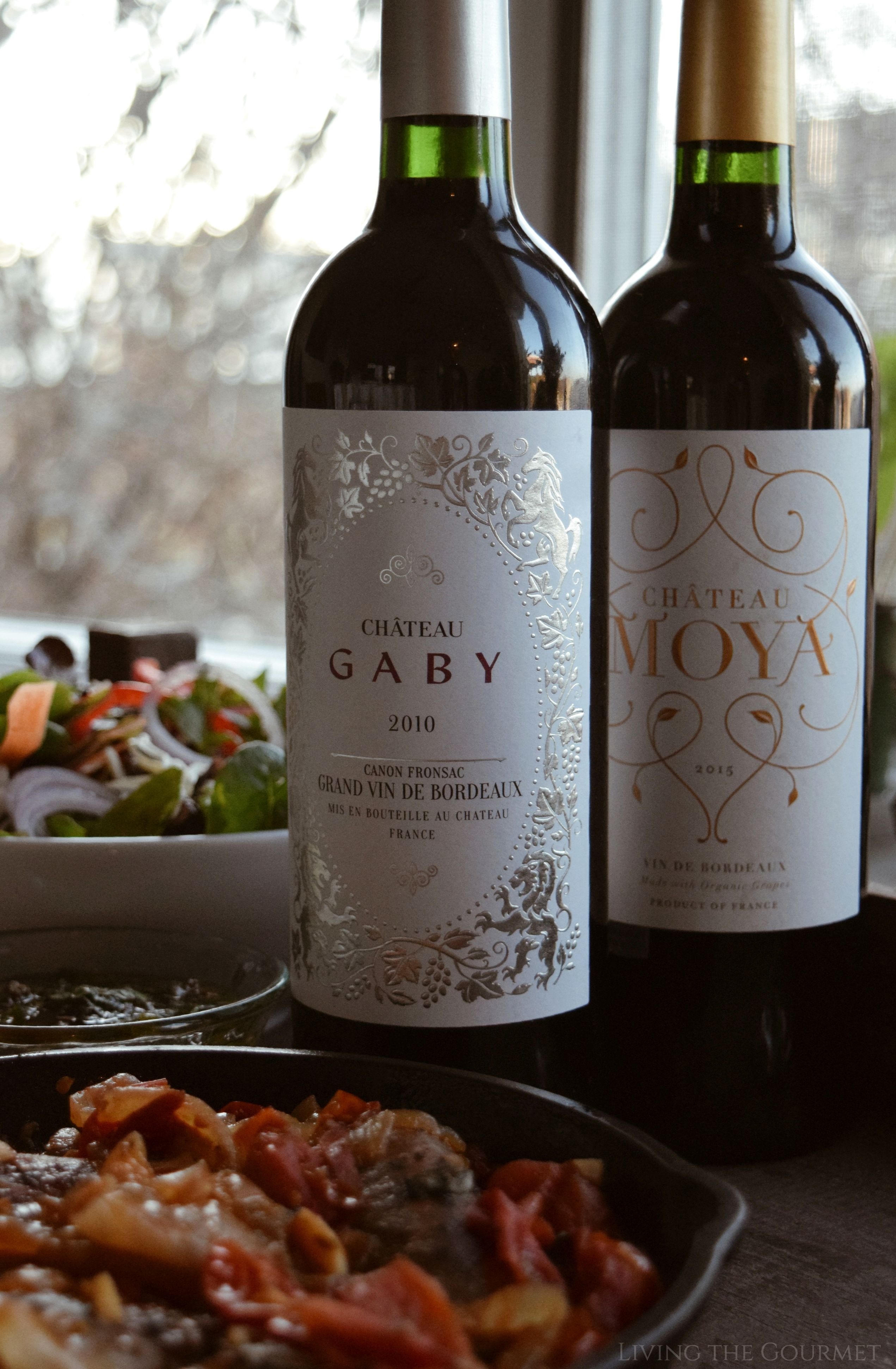 For pairing, I’m going to say that this an entrée wine through and through. I’ll side with the winemakers themselves who suggest fatty fish such as salmon. Personally, I would suggest an oil and herbs preparation for the salmon if you want to go that route. Beyond that, think braised meats, garlic and spice red sauces, and ‘posh’ burgers, such as the lamb burger recipe I have here on Living the Gourmet.

Today’s recipe, Sausage with Tomatoes and Homemade Flatbreads, paired with a fresh gremolata, would be, in my opinion, an ideal pairing for either wine, see below for the recipe.

With that said, I was very pleased with both of the wines I received, and I can wholeheartedly recommend them to any of my readers looking for quality red wines that are affordably priced.

This message is intended for persons 21+, please drink responsibly.