Layers of rich red sauce, baked eggplant, and lots of melted cheese come together for the most delicious, irresistible sub sandwich! 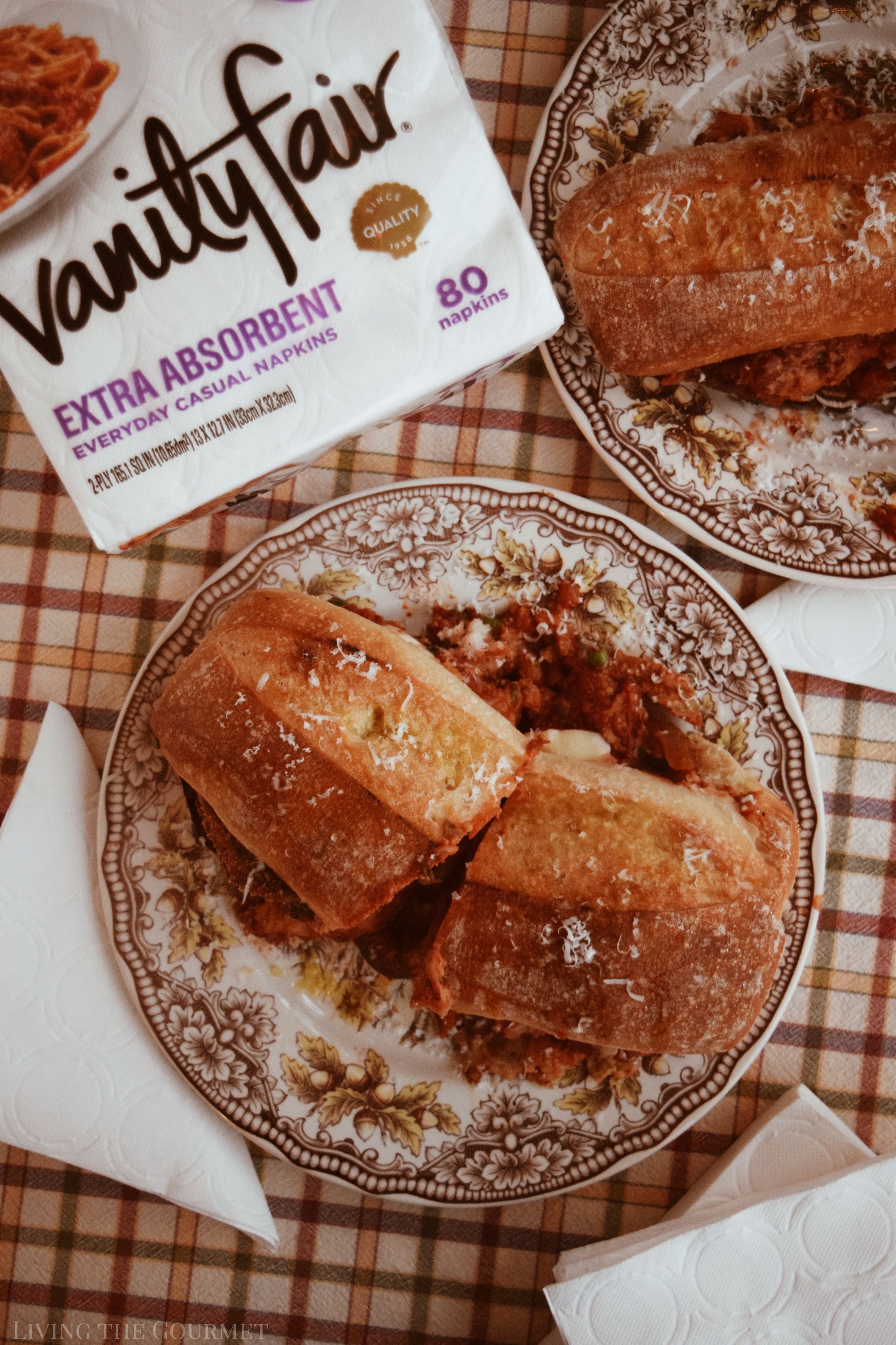 From burger commercials putting oozing cheese and messy fingers on full display, to regional fish joints using butter soaked fried shrimp or overstuffed lobster tails as their mascots, there is no denying that many of the most indulgent meals are also the messiest.

I won’t attempt to delve into or track down the psychology behind this, but suffice it to say there is something lusciously ‘primal’ in the enjoyment of a meal that is charmingly, redeemably, and even in some cases intentionally, messy. In some ways, I suppose it’s the culinary equivalent of ‘dancing like you just don’t care,’ where we manage to turn off our self-consciousness and manners, and simply delve into the plate in front of us. 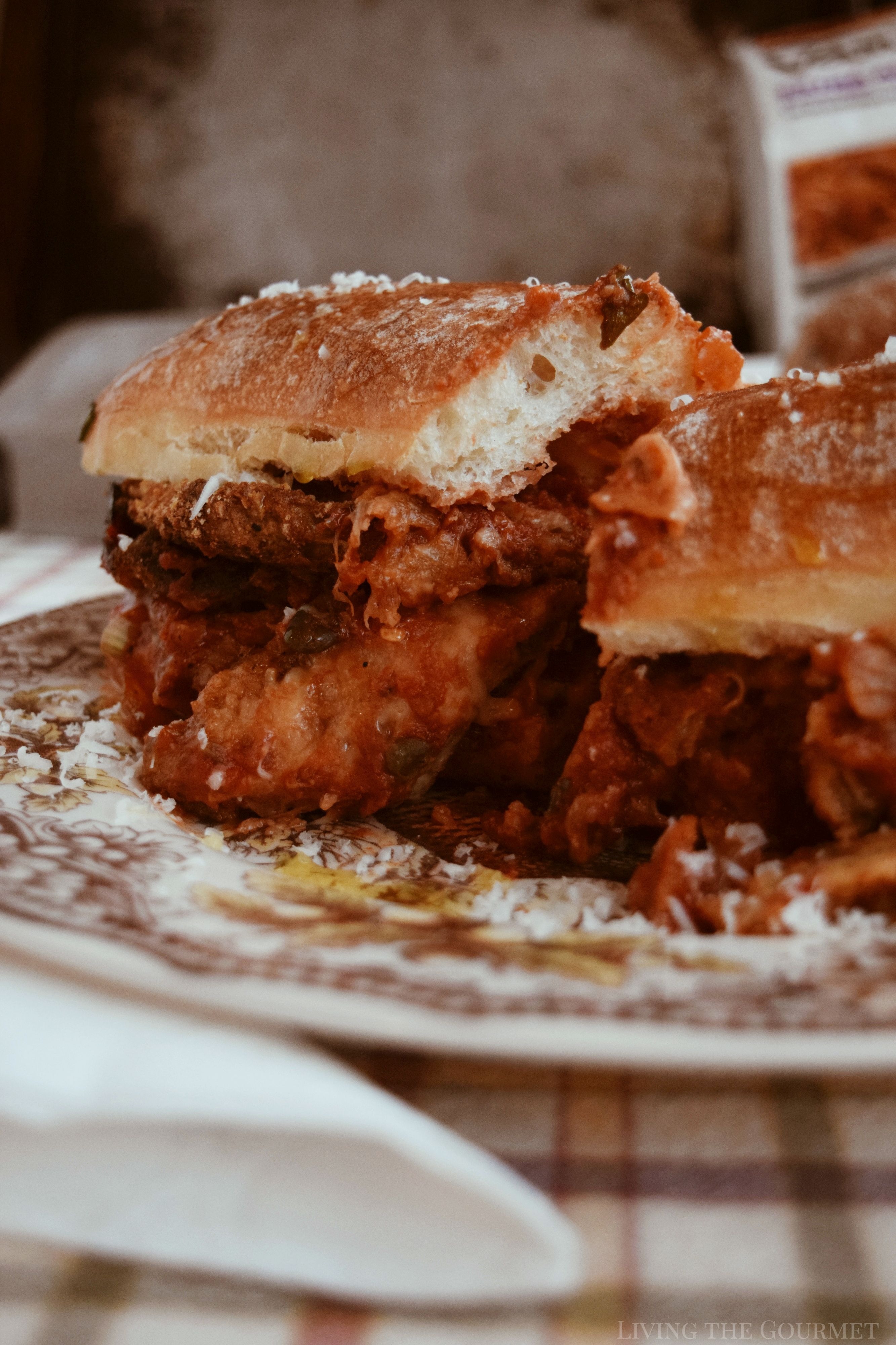 Today, I’m tapping into my heritage and pulling out one of my absolute favorite recipes that delves into precisely that mode of culinary enjoyment – Eggplant Parmigiana Heroes. Trust me when I say that to fully enjoy these ‘sandwiches’ you’re going to have to ‘eat like you just don’t care,’ and bring along a few Vanity Fair® Extra Absorbent Napkins for the ride. More absorbent than the leading mid-tier paper towel brand, they’ll keep the mealtime messes at bay.

To start things off, you’re going to need sauce. You can certainly use your favorite store bought brand, however I vastly prefer homemade. If you’re opting for a homemade sauce check out the recipe card below for a quick and easy recipe. Make sure to have Vanity Fair® Extra Absorbent Napkins on hand! They’re surprisingly absorbent, and are perfect for cleaning up unexpected spills while making your sauce. 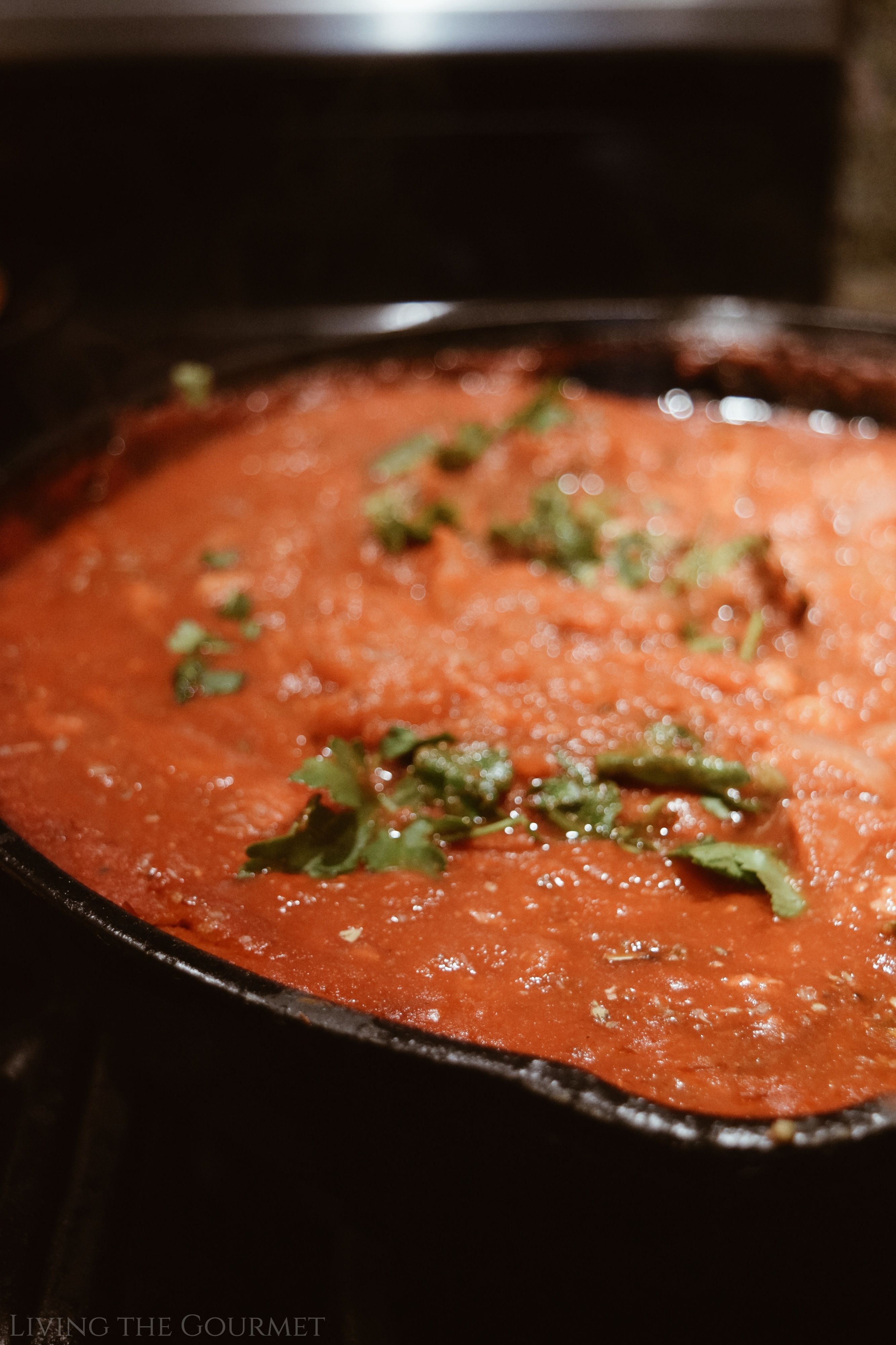 Now, skin two large eggplants and then slice them to about a quarter of an inch in thickness, and then it’s time to introduce them to your stations. First, dredge them in the flour, then in the egg wash, and then finally in the breadcrumbs. Then place them on a non-stick baking sheet, drizzle with olive oil, and bake for about ten to twelve minutes. You want them to get a nice golden coloration as shown below. Once they are done baking, remove them from the pan and set them aside. 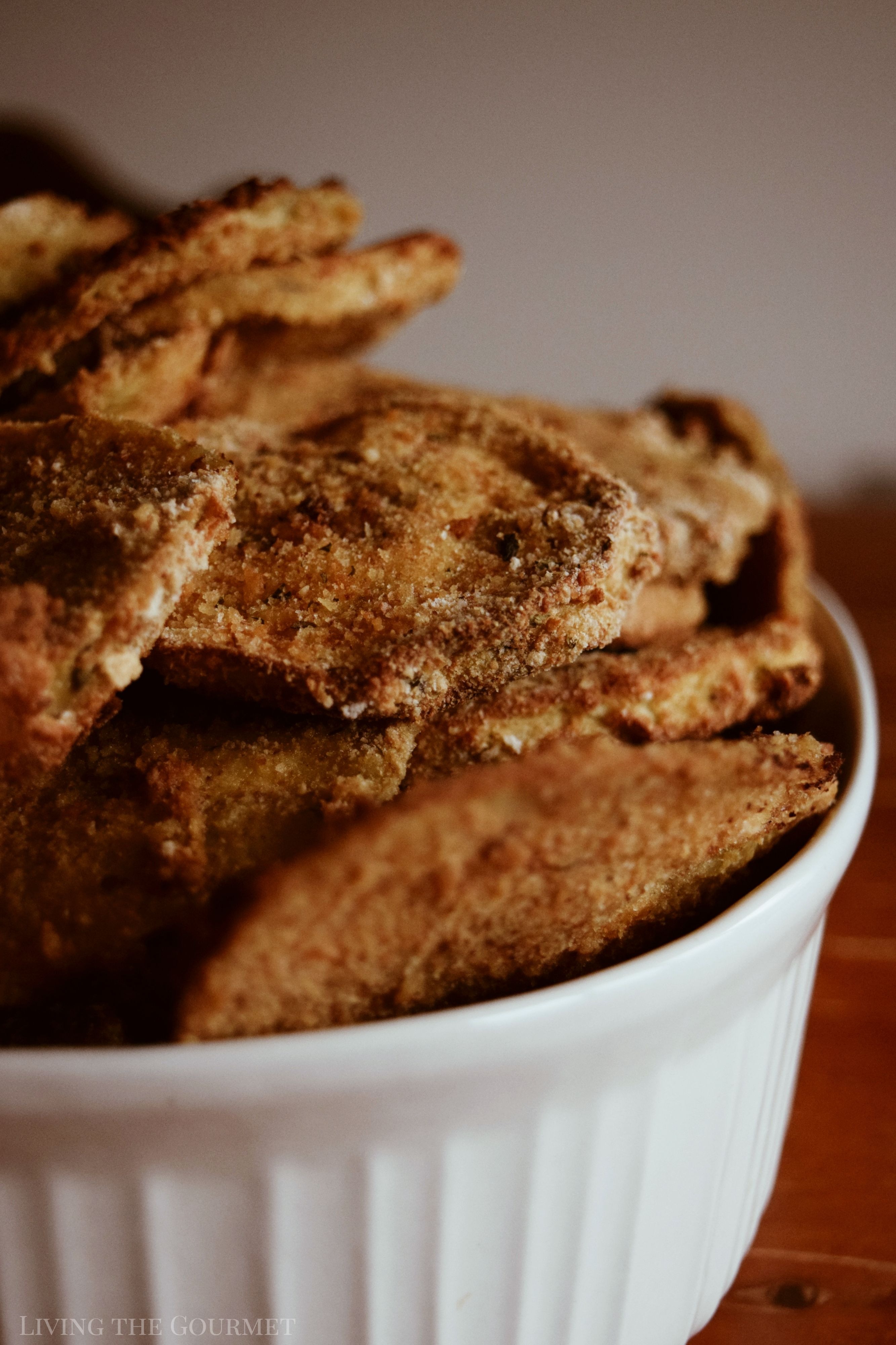 Now, prepare a baking dish with a drizzle of olive oil and layer the bottom of the pan with the eggplant slices. Next, spoon some sauce over the eggplant slices and then top with a generous layer of mozzarella and grated Parmesan or Romano cheese. Repeat this process of eggplant layer, sauce, then cheese until all of the eggplant slices are used up, ending off on a layer of cheese, and then bake for thirty to thirty-five minutes. 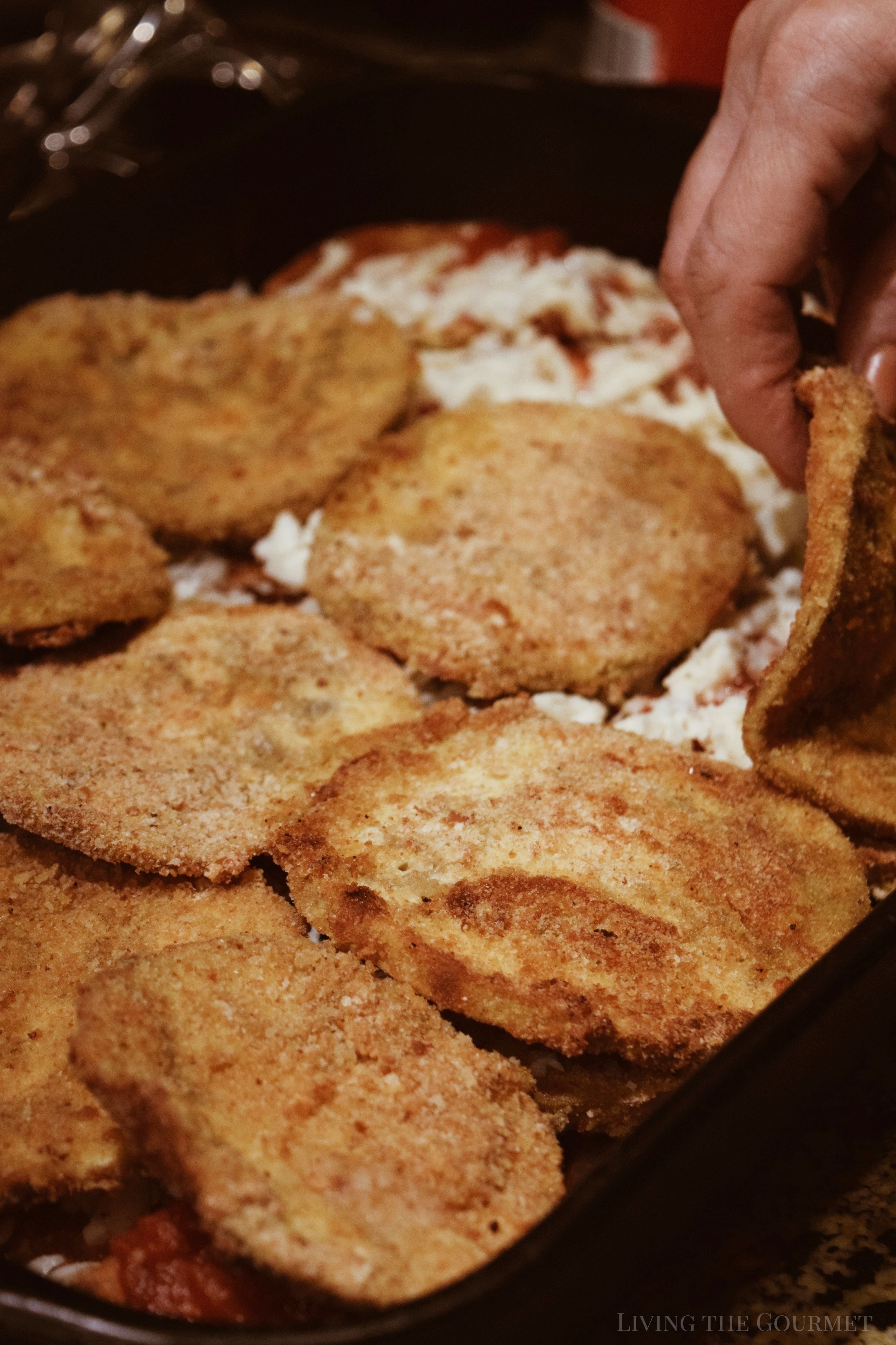 Finally, slice your sub, roll, or hero of choice in half lengthwise as pictured, and place mozzarella slices and grated cheese on either half, along with a few tablespoons of marinara. Then place a generous portion of the eggplant parmigiana on the bread, close the sandwich, drizzle the top with some olive oil followed by grated Parmesan or Romano cheese, and serve just like that with a few Vanity Fair® Extra Absorbent Napkins for inevitably messy hands, and something cold, and you’re good to go. 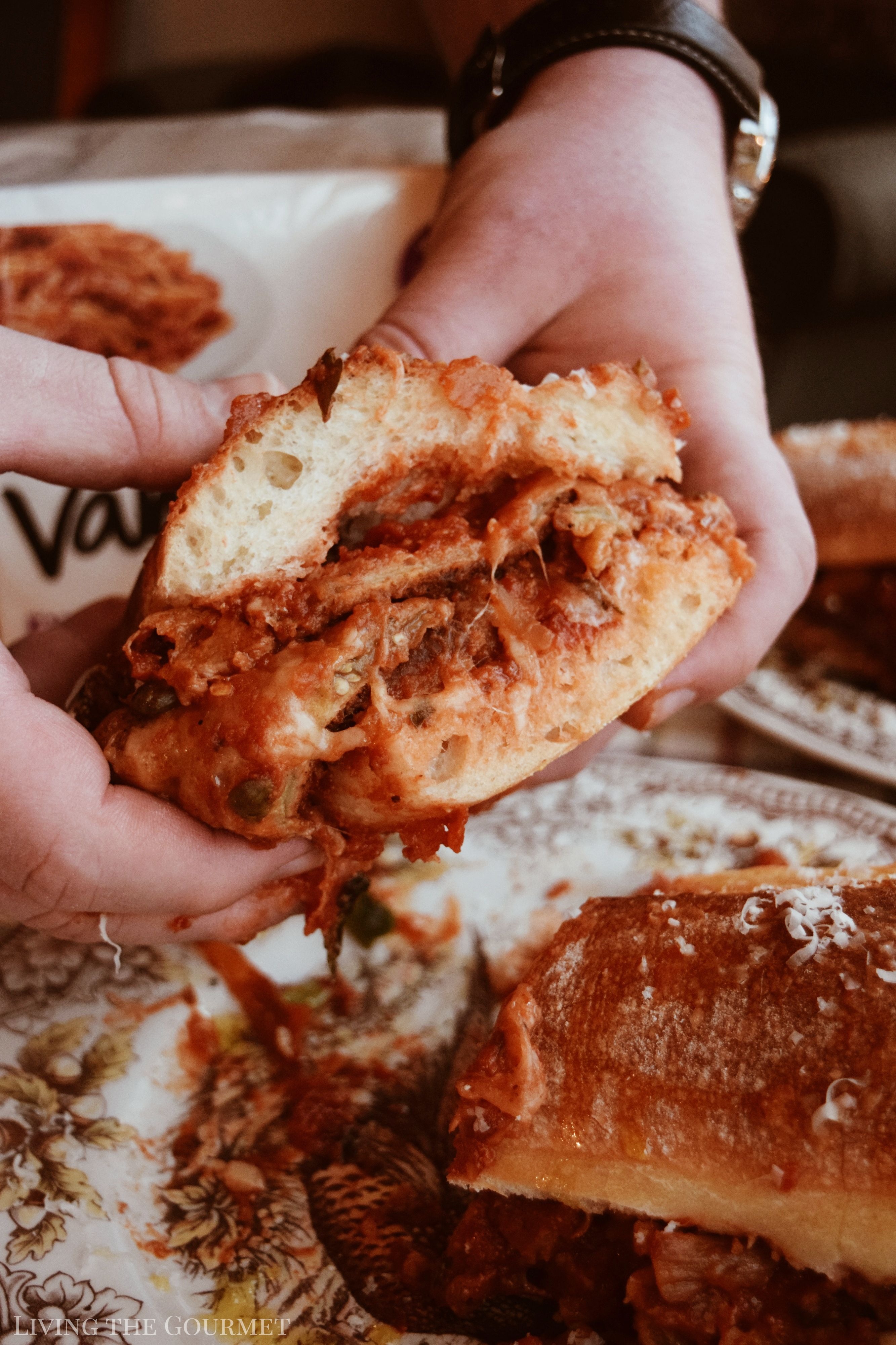 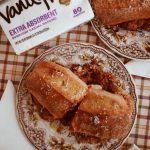 For the Marinara Sauce:

For the Marinara Sauce: 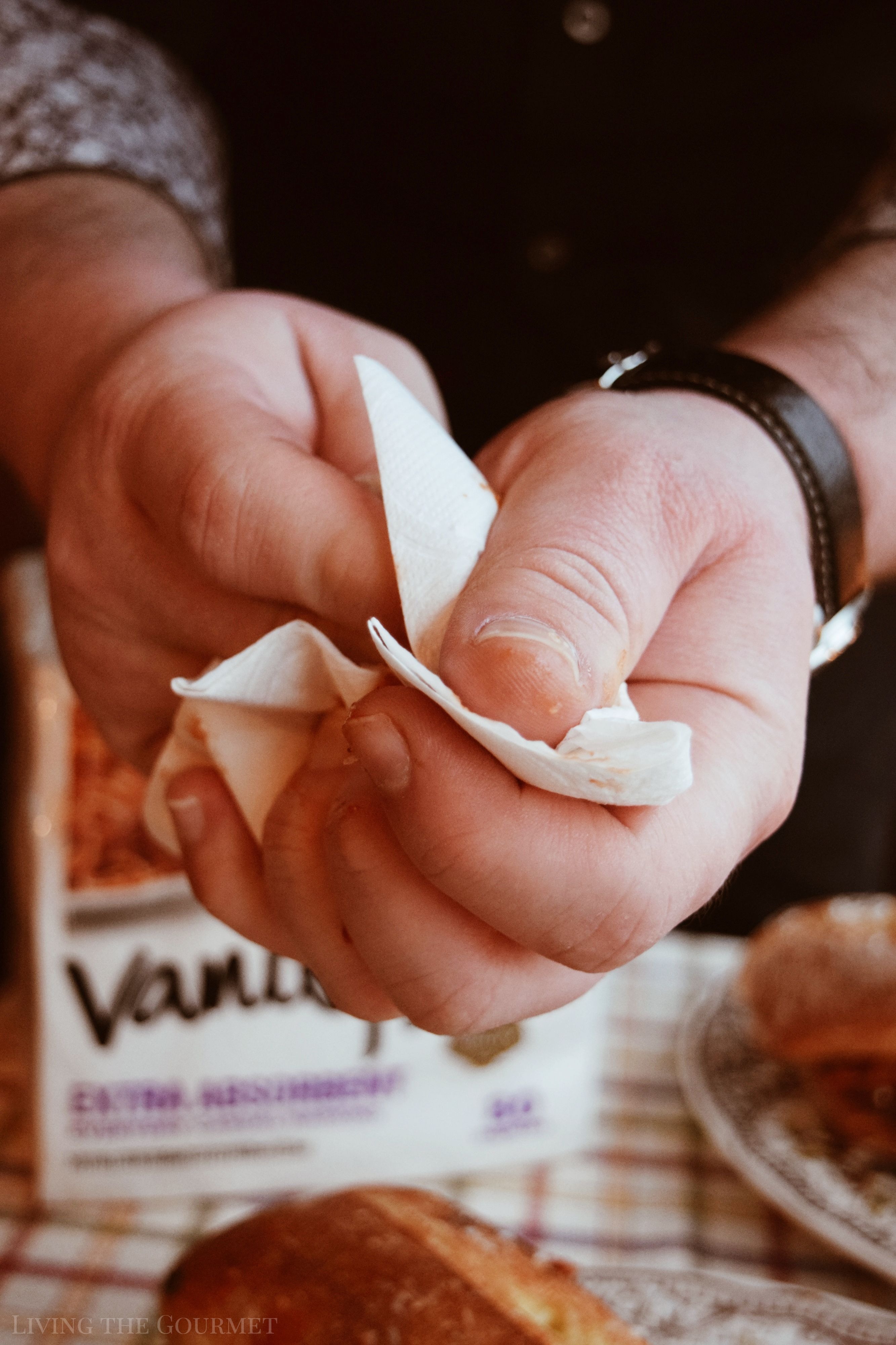 1) A Question of Taste. When assembling the hero, I often like to layer on a leaf or two of fresh basil right on top of the mozzarella slices before I add on the eggplant. This gives it a nice ‘fresh’ flavor and a bit of complexity. This is, however, purely a matter of preference.

2) How mama made it. When prepping the eggplant, you’ll notice that I dredged the eggplant first in flour. Most parmigiana recipes, whether for eggplant or chicken, leave this step out. However, this is how my mother taught me to prepare breaded eggplant or chicken, and over the years, by comparison, I’ve found that it adds a nice bit of ‘body’ to the coating, and often makes for a slightly crispier bite. Also, it makes the breading process slightly less messy as it gives the egg something more to adhere to before dipping in the breadcrumbs. Again, however, this is preference.

3) Get Toasty. If you’re anything like my daughter, you’ll likely not want ‘plain’ bread. So, feel free to set the open hero or Italian bread on the griddle with some olive oil to give it a nice crisp, or set it in the toaster oven on low to medium-low to give your bread a bit of color and crunch. 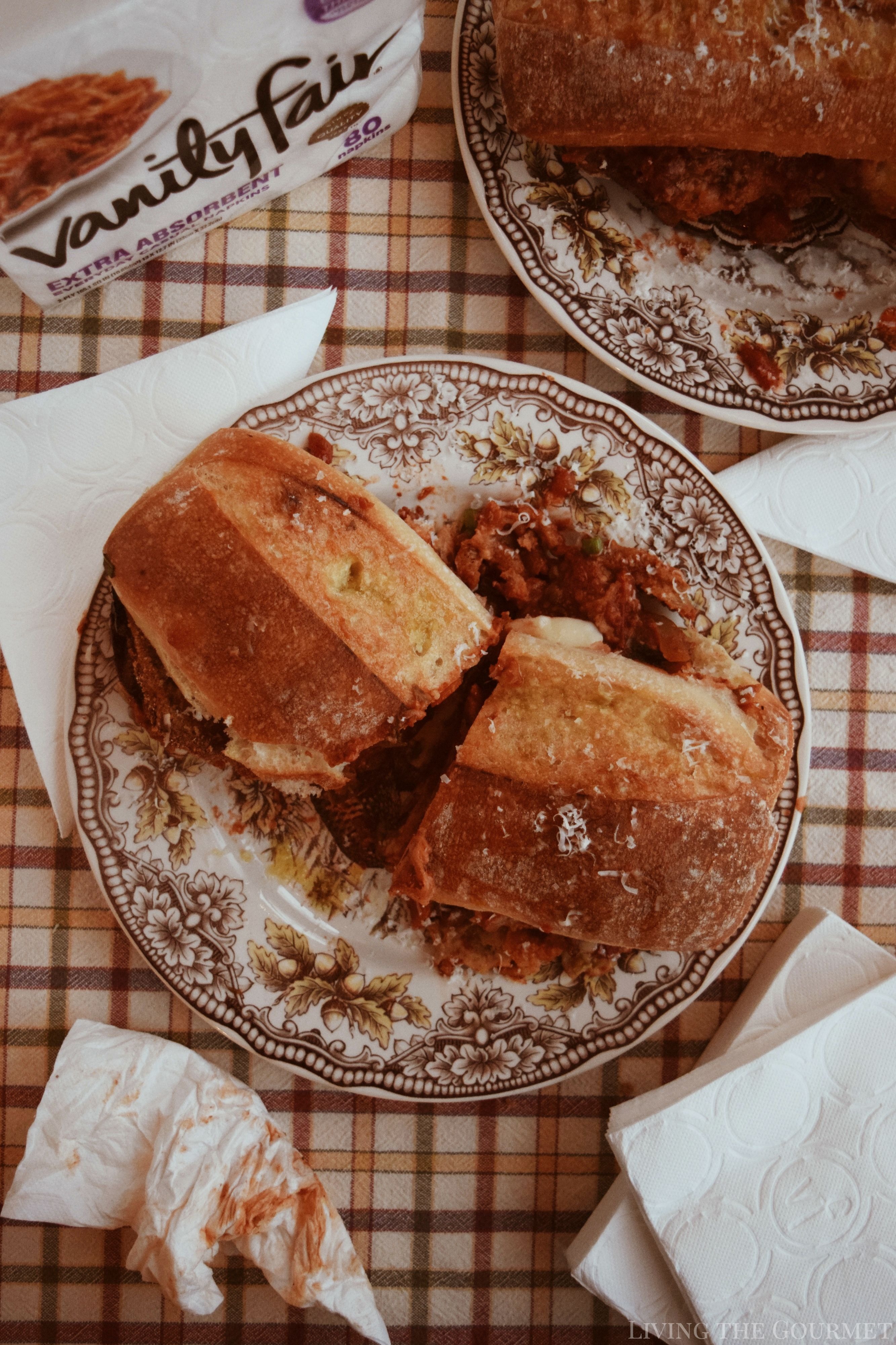