Served alongside your favorite cut of meat, or served on their own with crusty Italian bread, these Roasted Peppers are a must for your spring menu! 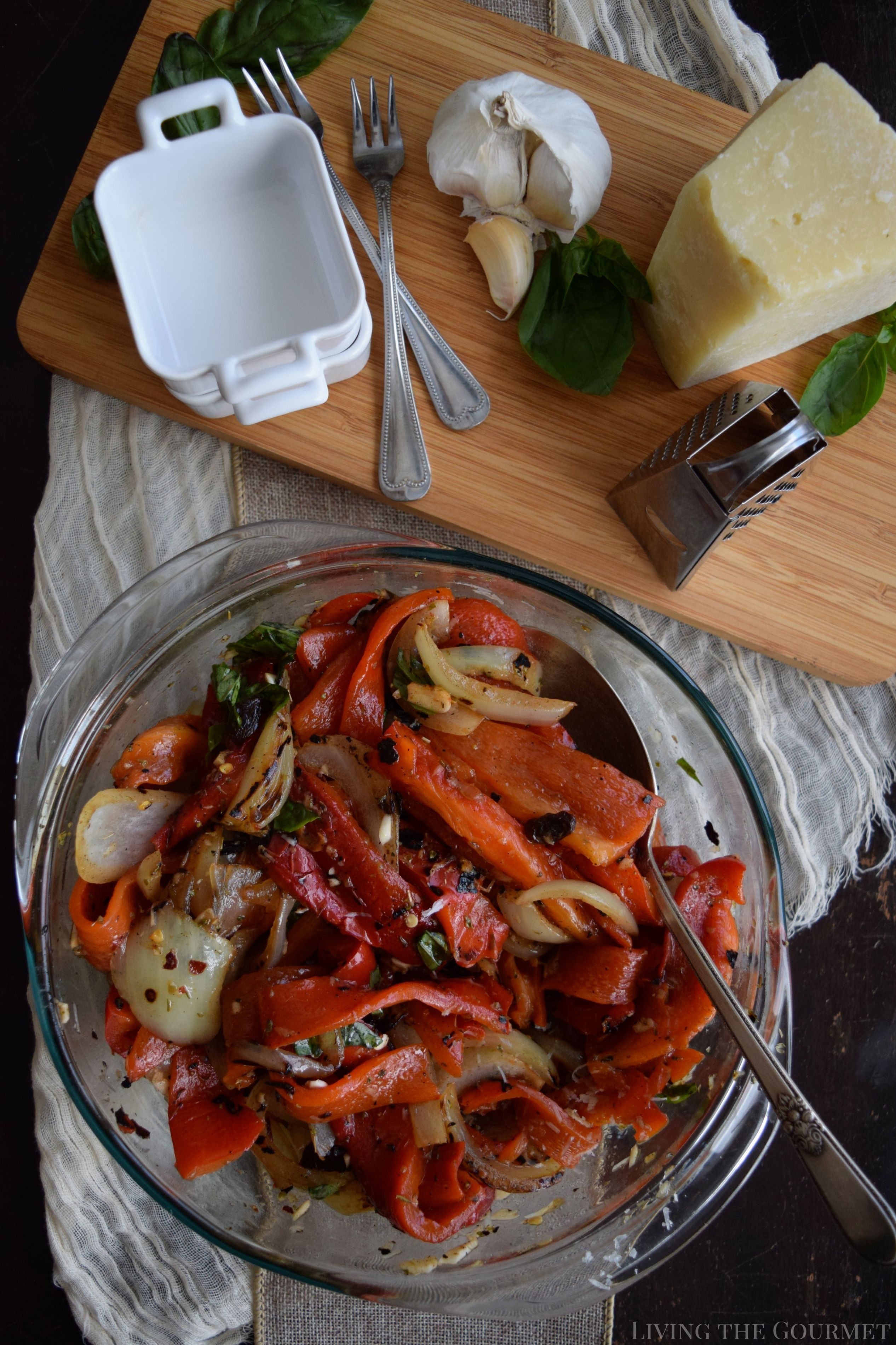 I bring this up because upon perusing my spice cabinet, I remembered a conversation I had with my niece about a year or so ago. We were talking about cooking, and she was explaining how she often feels overwhelmed at the prospect, asking me simply “Where do you even begin?”

I make it no secret that my preferred cuisine is a sort of ‘Pan Mediterranean’ melting pot, stretching from the Iberian Peninsula to the coast of Asia Minor, and so naturally I replied: “Start with learning how to make grilled peppers.”

In just a few variations of this simple dish, one can more or less get a ‘feel’ for the Mediterranean Basin’s rustic flavor profile. How each culture bordering ‘Our Sea’ utilizes the common pepper can be viewed as a window into their larger culinary world, from the blistered tomato and pepper salad of Moroccan ‘chakchuka,’ to the Greek version of sweet peppers topped with garlic infused yogurt, to the countless Italian and Spanish variations on the dish, which can range from simply topping blistered padróns in coarse salt and oil, to elaborate main courses. 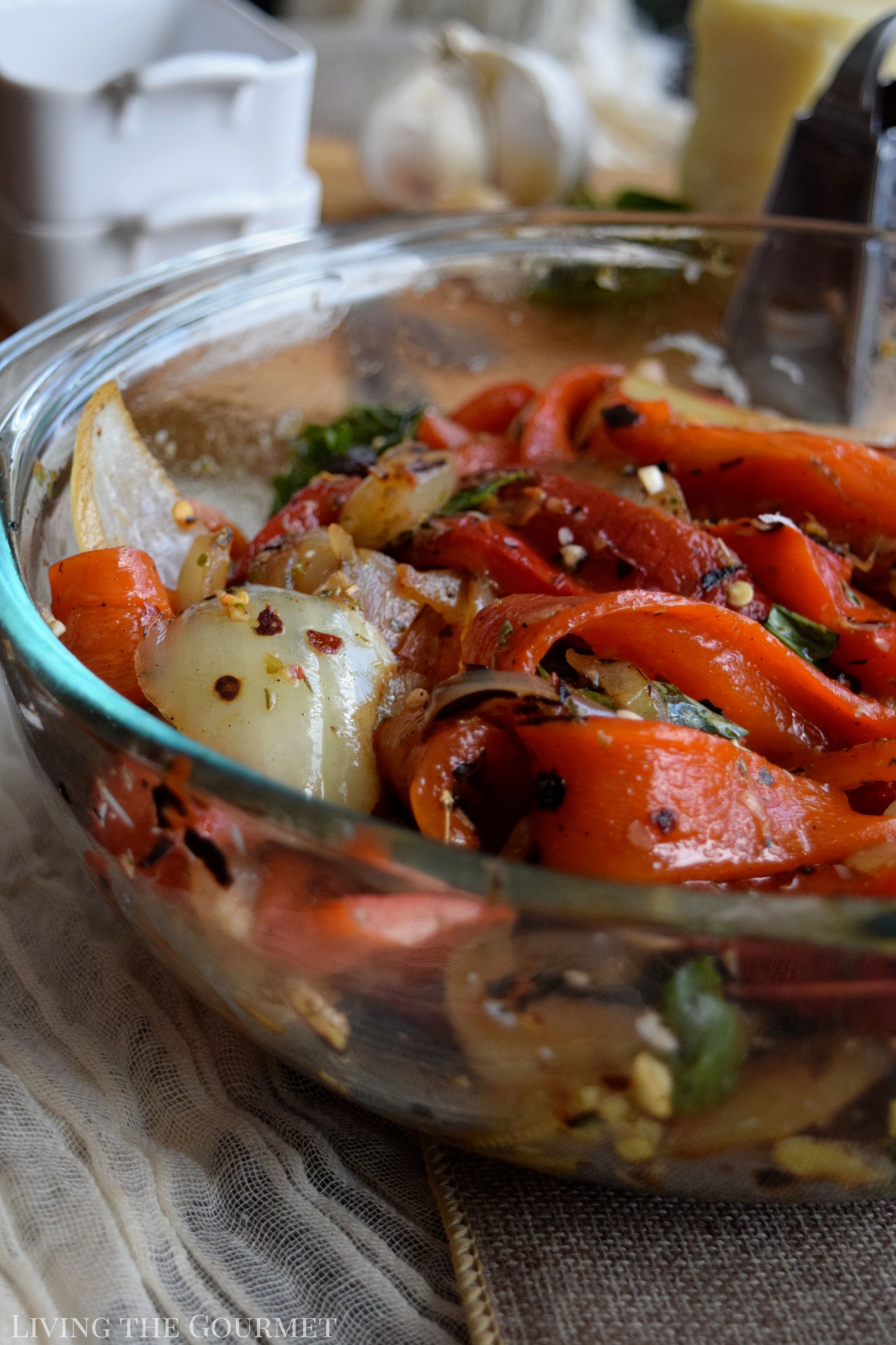 In each case, however, the basic premise remains the same whether you’re prepping the blistering hot Pimientos de Padrón from Spain, or the pleasantly sweet Italian Friggitello, also called the ‘Tuscan Pepper.’ Start off, naturally, by grilling the peppers, and for today’s sweet red peppers I roasted them right on the stovetop until they received a nice char as pictured below, and then set them aside to cool.

Once cooled, I scraped off the char with a knife. You don’t want to be ‘too’ through here, you just want to remove ‘most’ of the char, otherwise, you risk overworking the peppers. Then slice the peppers into strips and remove the seeds. After that’s done, heat a large cast iron frying pan, and while the pan is heating up slice a large sweet onion, and then set the slices in the frying pan until they char slightly. Then combine the onion, peppers, and raisins in a large bowl and toss until they are nicely combined.

Then add the garlic, basil leaves, the seasonings listed below, along with a generous bit of olive oil, and toss again. And just like that, you’ve got the perfect pairing for any antipasto or the perfect side to virtually any Mediterranean entrée. 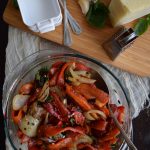