This Zucchini Fettuccine is a perfect 30 minute meal for family dinners any night of the week. 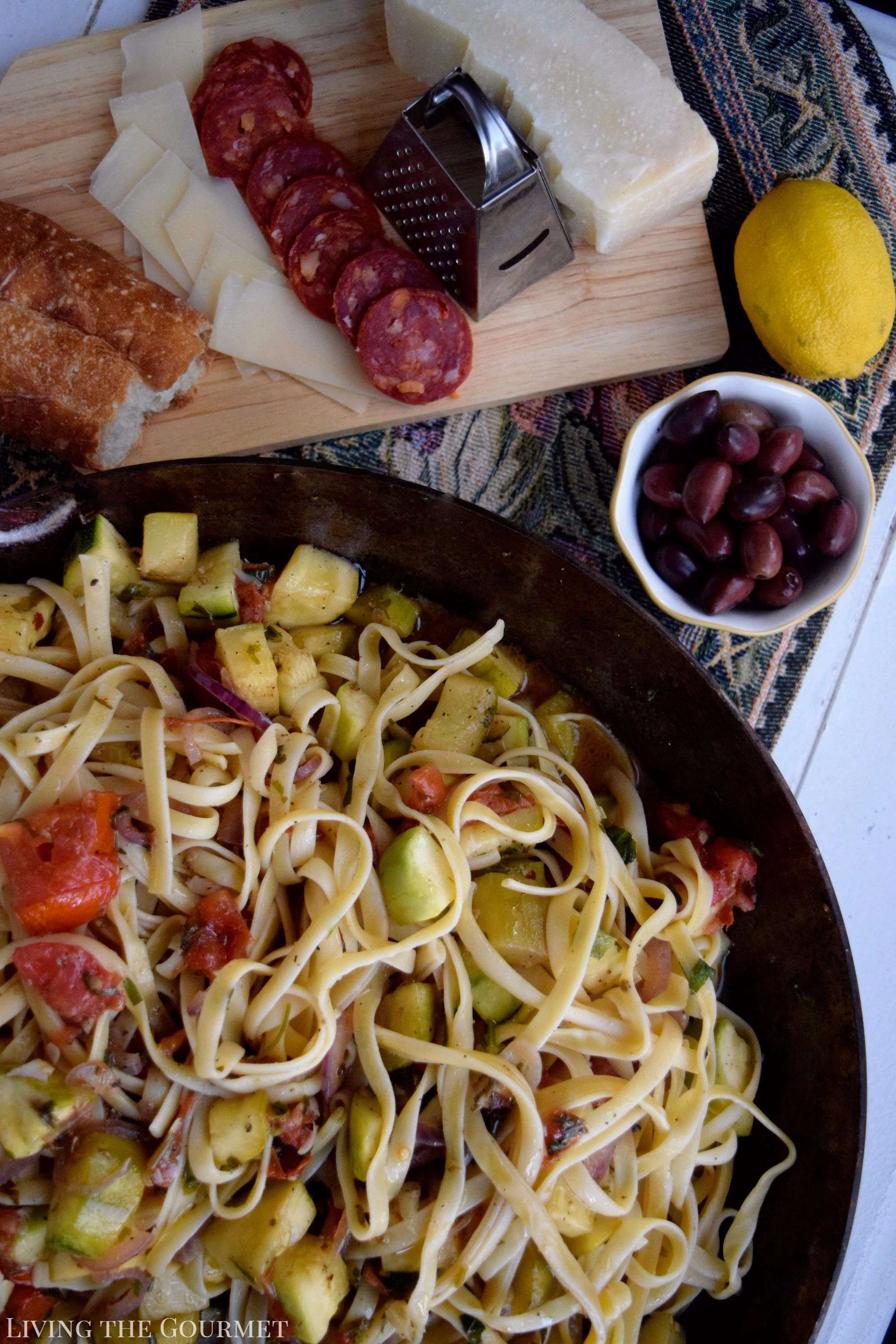 Culture and food are tied together as life and breath, and for the simple reason that culture finds no more universal expression of itself than in how people sustain themselves. It is an encapsulation of ‘home,’ both metaphorically and physically, showcasing not only the ingredients a people have access to, but also how they interpret those ingredients.

Even when available ingredients overlap, interpretations on those ingredients can still manifest quite differently – and that’s where the beautifully subtle differences in what we call ‘gourmet’ can arise. Take for example access to wheat, milk, olive oil, and salt, and then consider the supremely subtle difference in how these were interpreted to create baguette, Italian bread, pan de horno, and pita. All of these are assuredly ‘bread,’ but regional interpretations on, largely, the same set of ingredients has given us several unmistakably different products to work with. 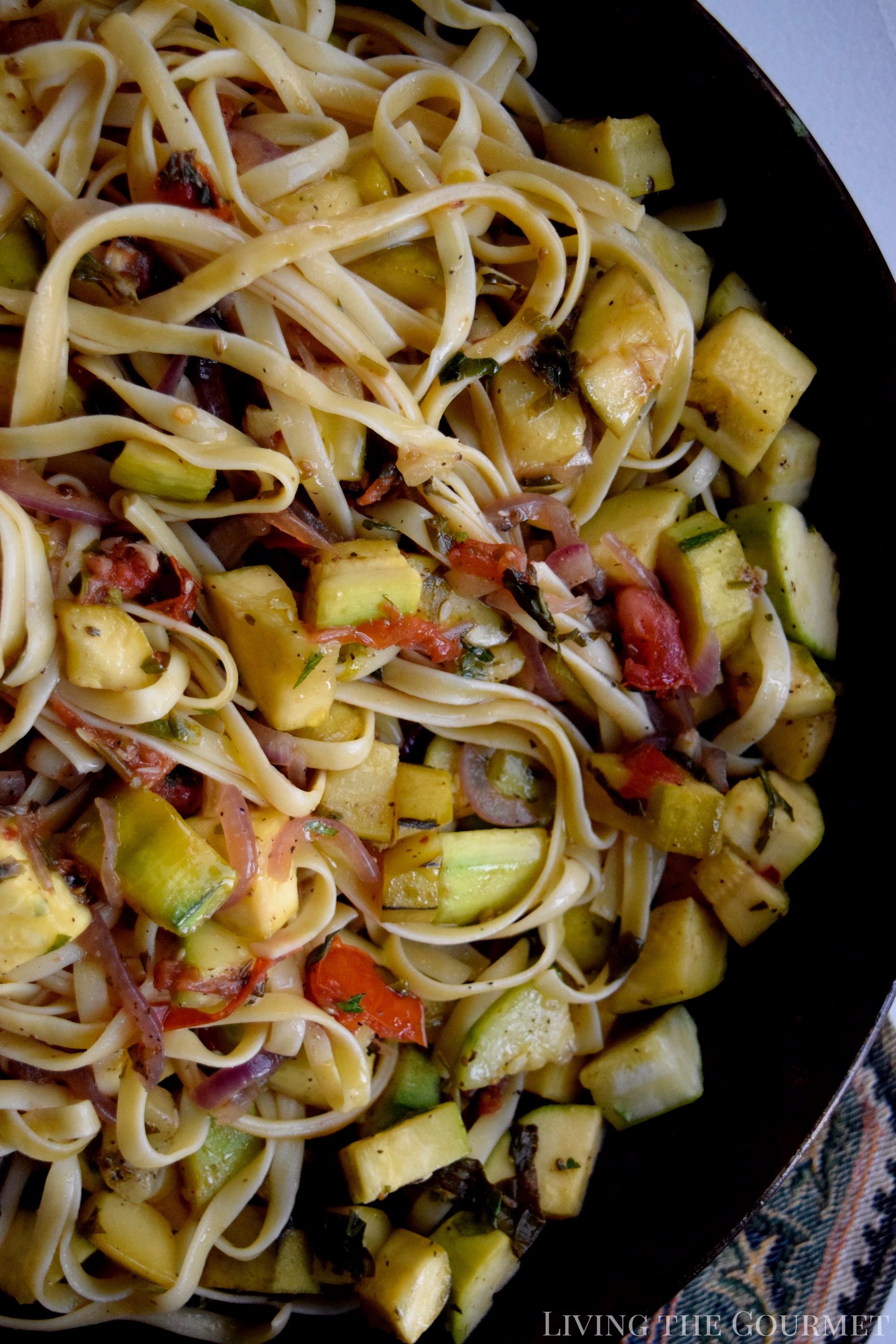 Today’s primary ingredient – fettuccine – is probably an excellent example of what I’m talking about. Here in the states, and especially here in New York, the mere word ‘fettuccine’ conjures images of thick red sauces, layers of melted cheese, or white sauces akin to paste. Of course, we have higher-minded takes on what to top the noodle with, but I’m speaking in vast generalities for the sake of my word count.

To that point, I recently I posted about caponata, and how the ‘peasant food’ that my Sicilian mother prepared is now counted atop the pedestal of ‘authentic gourmet,’ and I realized that it had been quite some time since I posted about what we might have considered to be a ‘regular’ weeknight meal growing up. A sort of ‘peasant food’ interpretation, if you will. 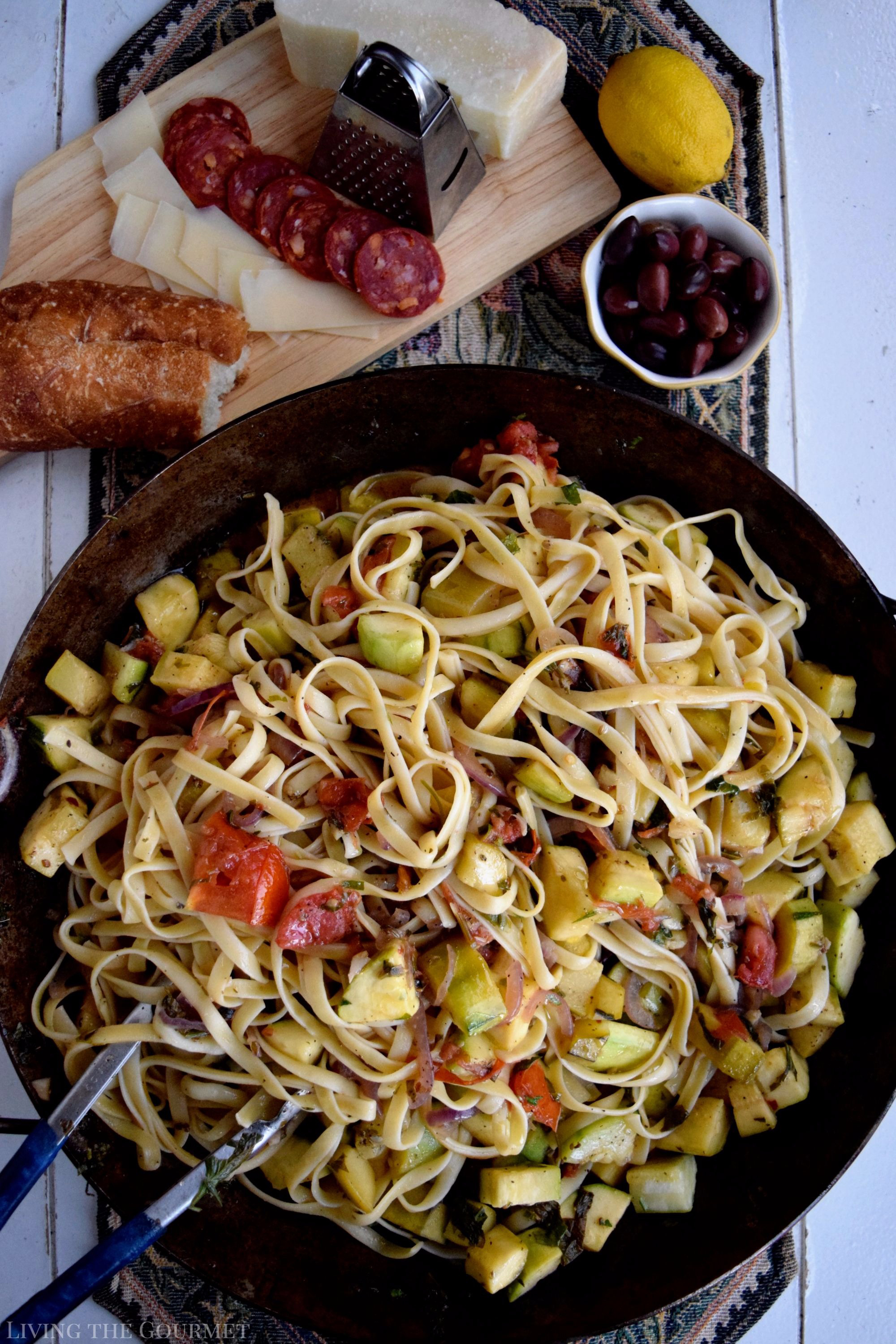 Naturally, we start things off with a pound of fettuccine, but you can, of course, sub in your pasta of choice. From there, dice up about three medium-sized zucchinis with fresh tomatoes, chopped garlic, parsley, fresh basil, and sliced onion in a large bowl. Then add in some olive oil with salt, pepper, dried oregano, and red pepper, and toss until the zucchini chunks are thoroughly coated.

When the zucchini has softened, drizzle a squeeze of lemon juice over the mixture. Fresh lemon juice is always preferable, then add in the pasta, toss again, and give it another drizzle of olive oil.

Once that’s done, I prefer to dust the top of the pasta with a thin layer of grating cheese before serving, but that’s optional. 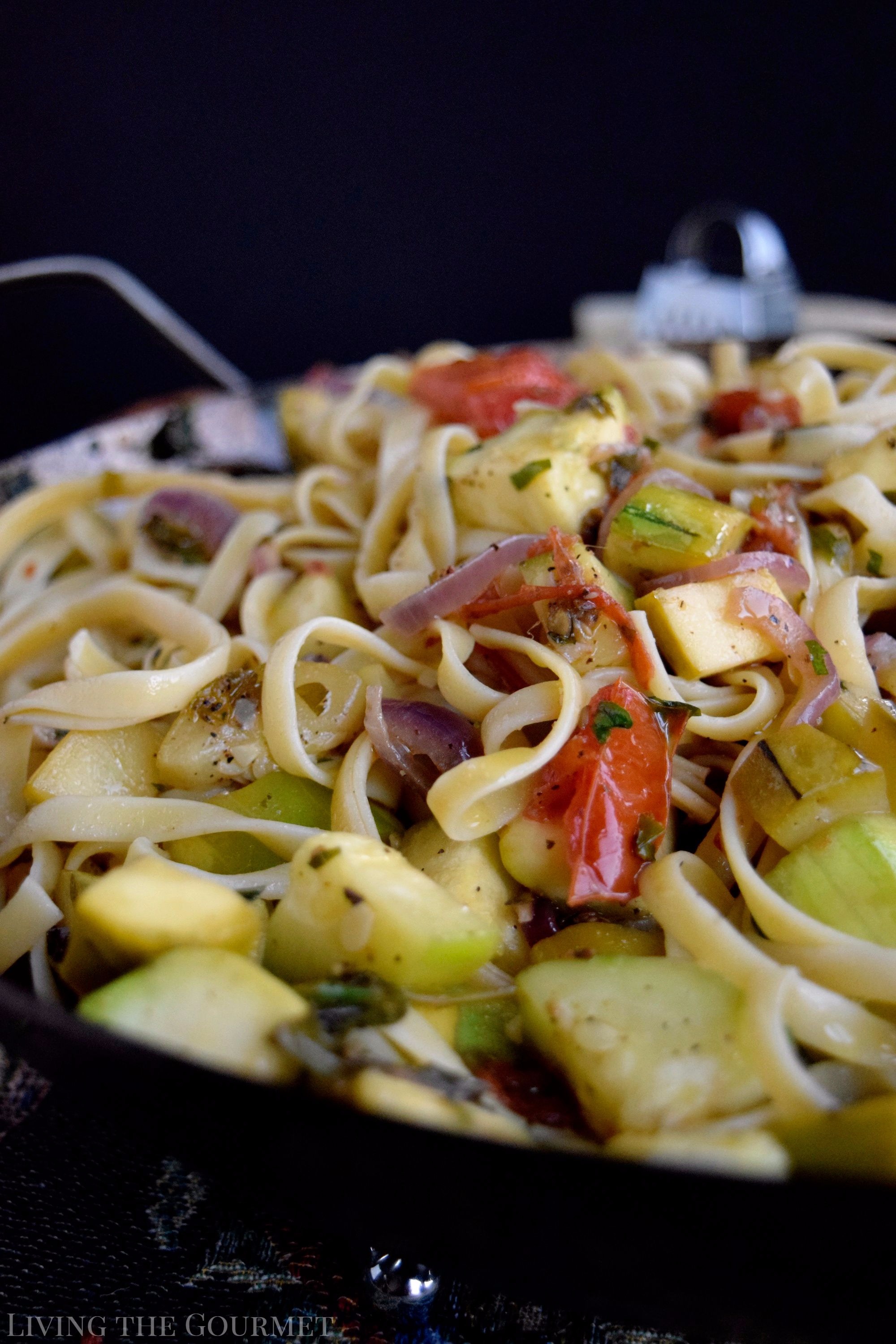 And there you have it, my ‘peasant good’ interpretation of a fettuccine sauce.