Welcome Fall with this Spaghetti Squash and Chicken recipe that is simple enough for any night of the week! 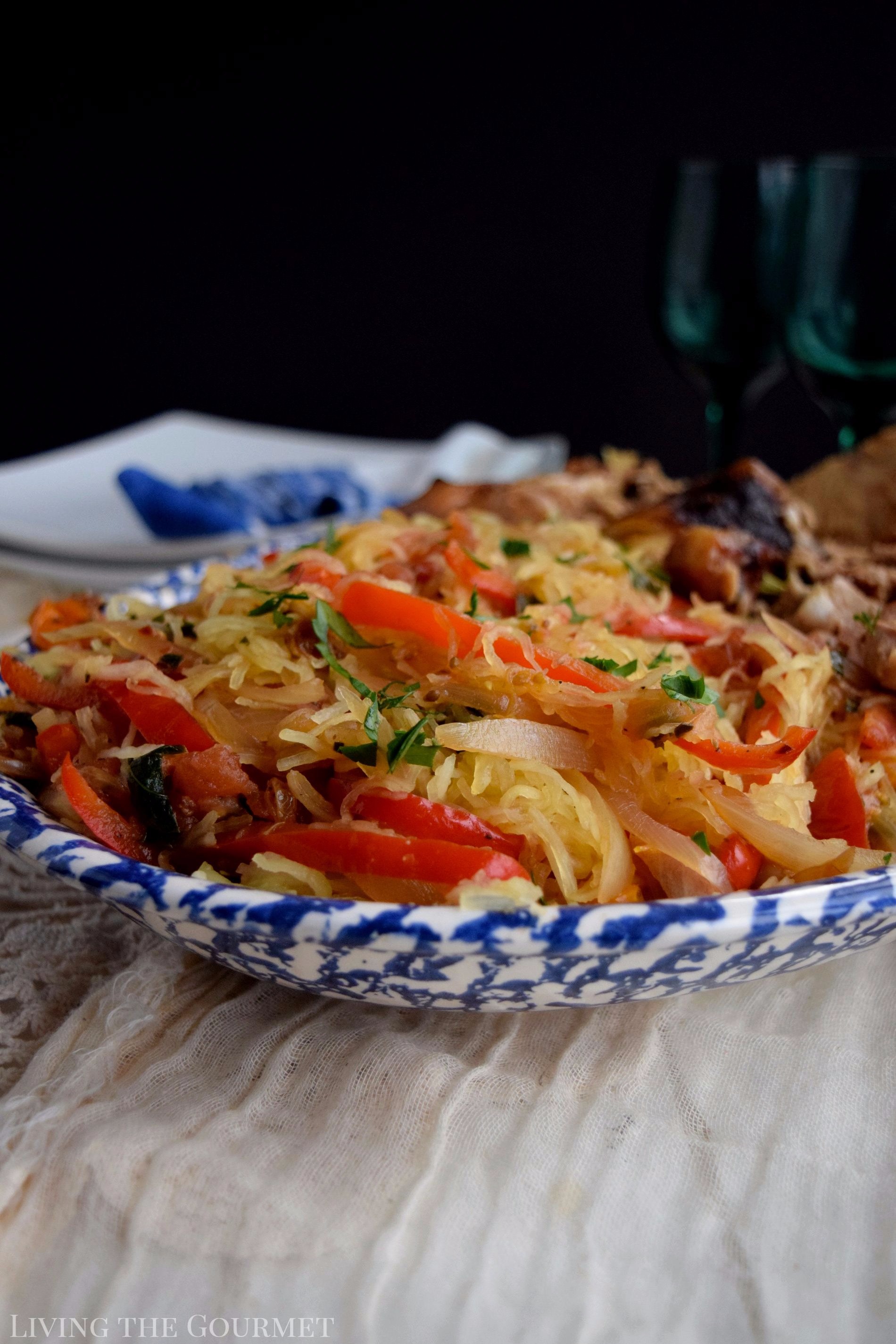 I don’t remember the first time I ate a spaghetti squash, but the few times I do each year, I have to admit that it never quite feels ‘familiar.’ There’s always a novelty about this bit of produce that “turns into spaghetti when it’s cooked,” and imagine that’s likely how I was first introduced to this squash in the first place.

Like most members of the ‘squash line of produce,’ the flavor profile on its own can be a bit lacking, but not unpleasantly so. On the contrary, a recipe as simple as cooking the squash and then adding butter, salt, and pepper would suffice quite admirably – but that’s not what we are here to do today, of course. 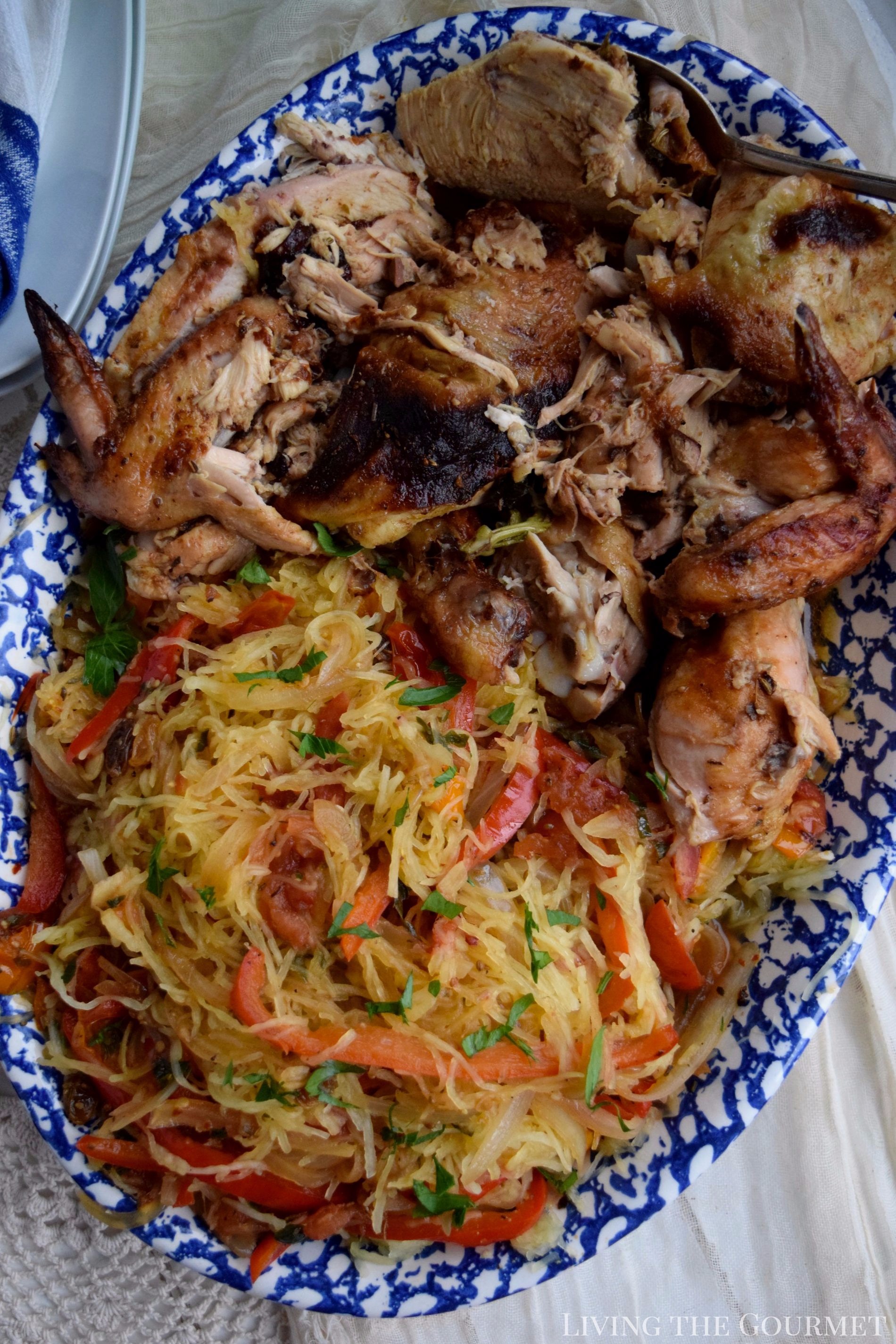 Starting this off is actually quite simple. We begin by placing the squash, whole, in a baking dish filled about halfway with water – roughly two inches of water, and bake at 350 degrees F. for approximately ninety minutes.

When the squash is cooked, carefully remove it from the water, and let it cool. The skin should be only slightly firm, and easily malleable. Once it’s cool enough to handle, cut the squash lengthwise, and remove the seeds with a spoon.

The ‘flesh’ of the squash should easily ‘collapse’ under the gentle guidance of a fork, forming long strings of ‘spaghetti.’ Simply put the stringy flesh in a bowl, and set it aside.

Again, there’s simply a world of uses for that string-ified squash, today, however, we’re going to try preparing it ‘as spaghetti.’ To start things off, we begin caramelizing a sliced onion and a sliced bell pepper in a cast iron frying pan with some olive oil. To that, we add the garlic, tomatoes, raisins, parsley, basil, and seasonings, and continue to sauté over a medium heat.

You’re going to want to continue cooking the sauce until the tomatoes are soft, and the sauce itself has become quite fragrant. Once that’s been achieved, add in the spaghetti squash along with a pinch of salt, some pepper, and a squeeze of lemon juice. 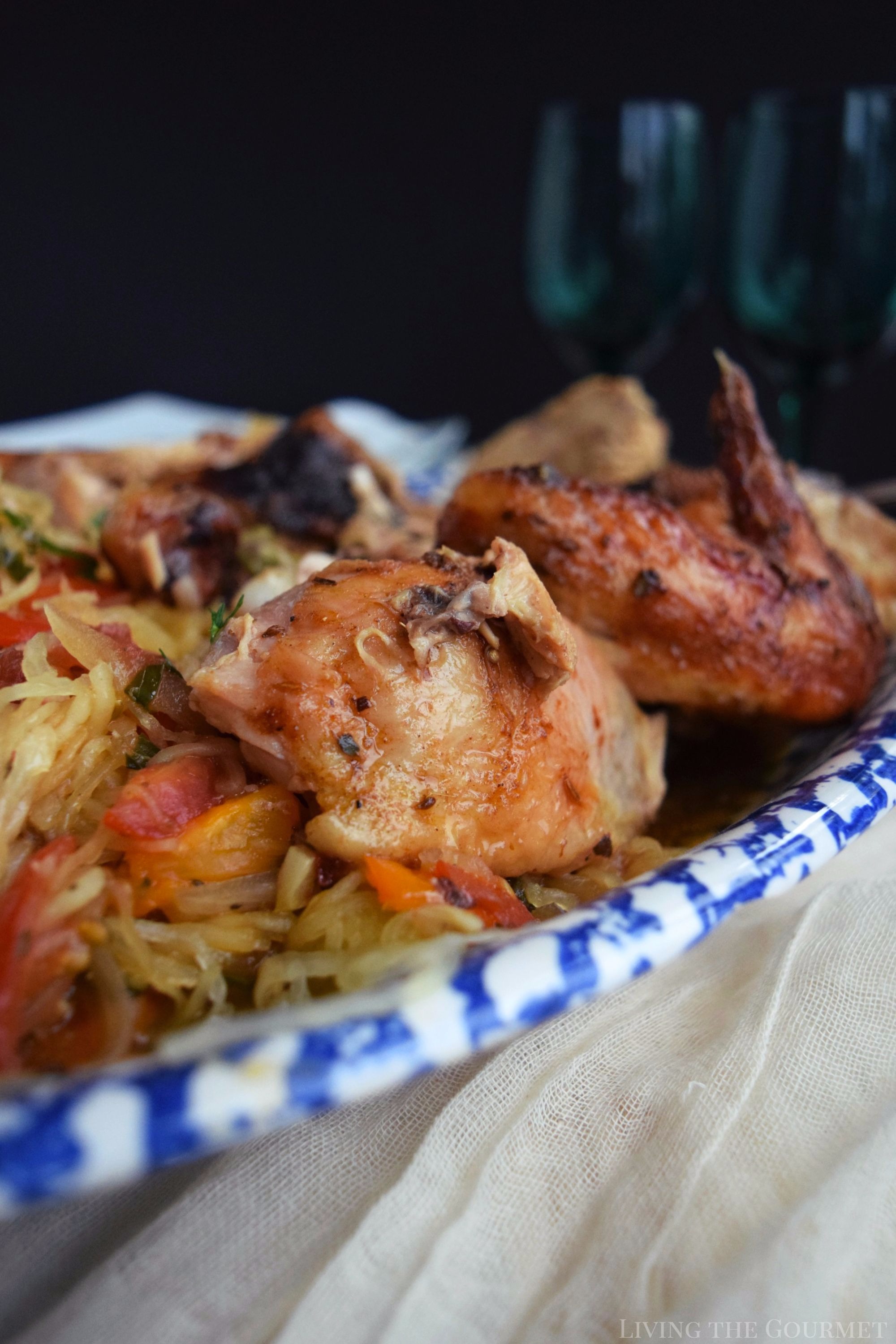 Now, we could stop there, but I wanted to take this a step further, and decided to pair the squash with marinated chicken. To start things off, we begin with a whole chicken, which we clean thoroughly by rubbing it down with salt and water, and then patting it dry and setting it in a baking dish, and then prep the marinade, starting with a base of olive oil, apple cider vinegar, and honey, to which we add salt, pepper, coriander, oregano, turmeric, and paprika.

After that, it’s time to rub the chicken down a second time, this time with the marinade you just prepared. Be sure to push a bit of the marinade under the skin as well.

Once that’s done, set the chicken in a baking dish with about an inch or two of water, and then roast for about twenty minutes per pound, or until its juices run clear, and then let it rest for about ten minutes before carving. 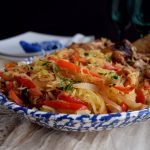 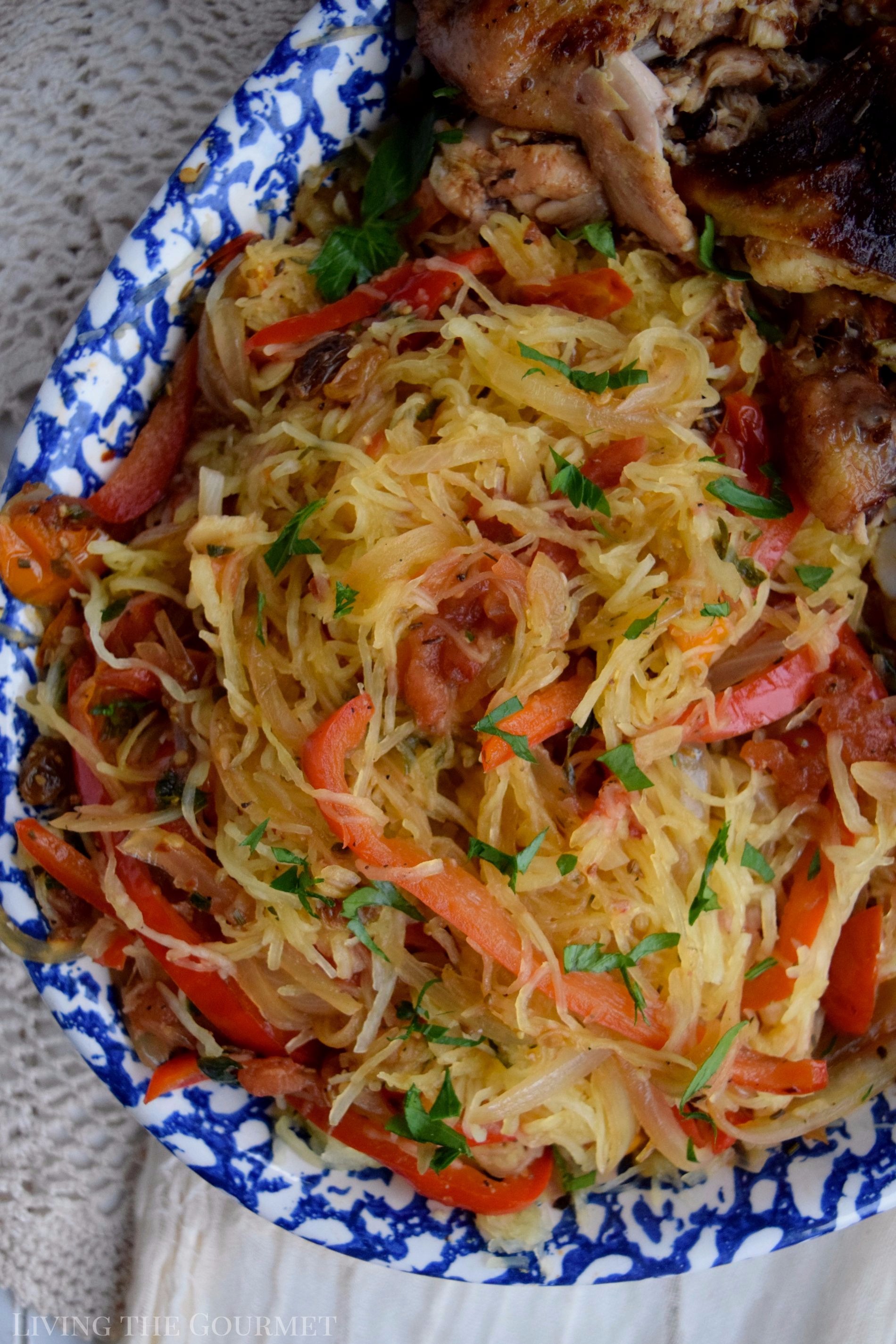 With the chicken done, it’s time to serve it alongside the spaghetti squash. While ‘spaghetti from squash’ will never quite replace the original, it nevertheless makes an admirable stand in, and can definitely make for a very pleasant change of pace, especially during the fall season when all things ‘squash and gourd’ are in vogue.