This shop has been compensated by Collective Bias, Inc. and its advertiser. All opinions are mine alone. #ReadyPasta #CollectiveBias

Make the most of the end of season harvest with this Fresh Garden Sauce served along side Barilla Ready Pasta for a simple, delicious meal. 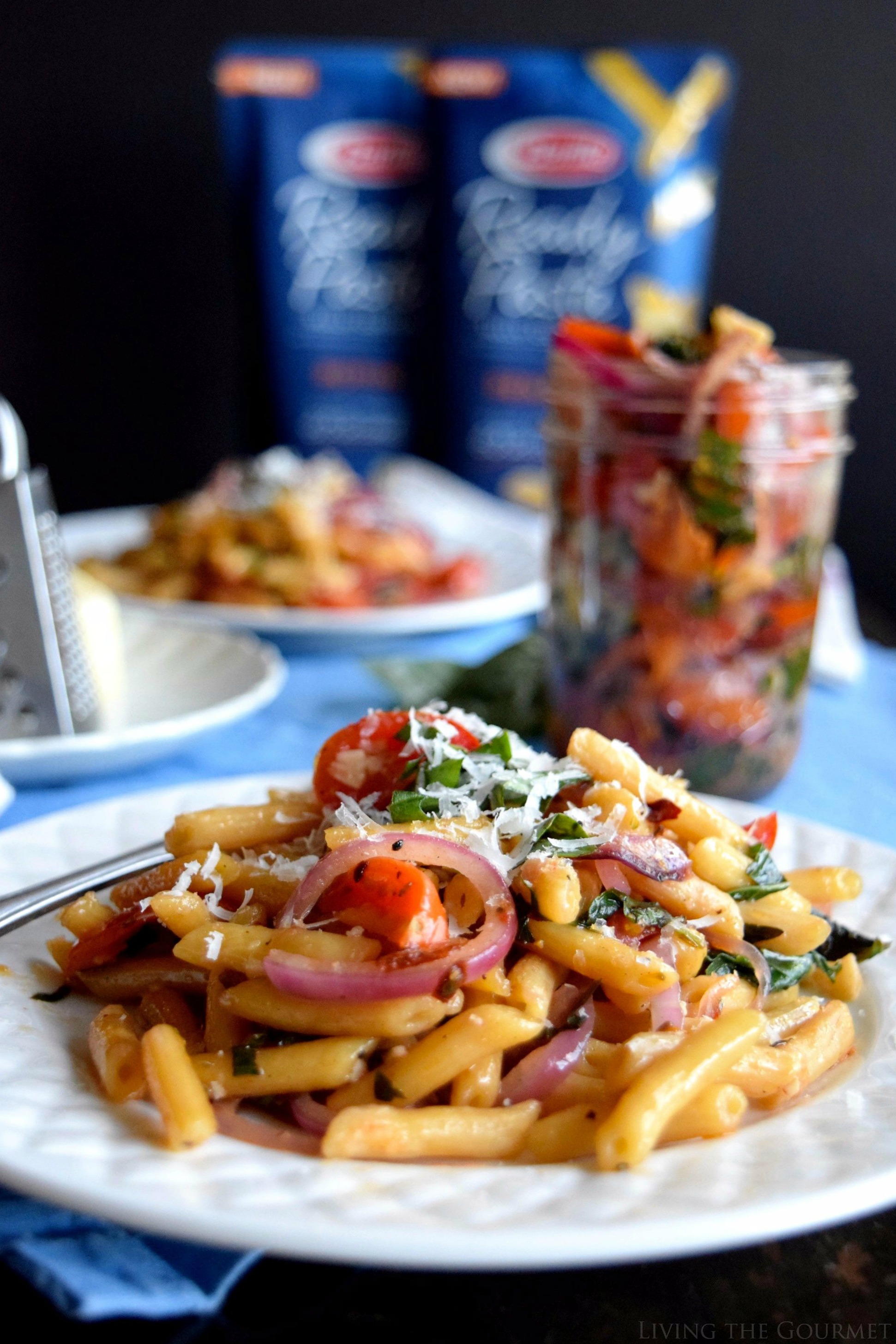 The scene is a familiar one. It’s the end of the day, and you’ve finally been unshackled from whatever odious task life has allotted you – at least until it’s time to start over. Though you’re overcome by relief, you’re weary of the world and want to simply shut it all out, and shut oneself off. To release your mind of its worries, and simply ‘be human’ again.

Yet, “It’s called pain, get used to it,” you recall the words of Constantine in his admonishment to the Archangel Gabriel – the comic book character ‘Constantine’ not the Emperor.

As you either make your way home or try to remember that your home office is but one room of the place in which you are supposed to find rest and respite, you think of Marcus Aurelius, who quipped that “Life is what our thoughts make of it.” Surely then, happy thoughts equal a happy life, right?

Let’s be real. At end of a busy day, your thoughts are turned to little more than…sweet nothing. 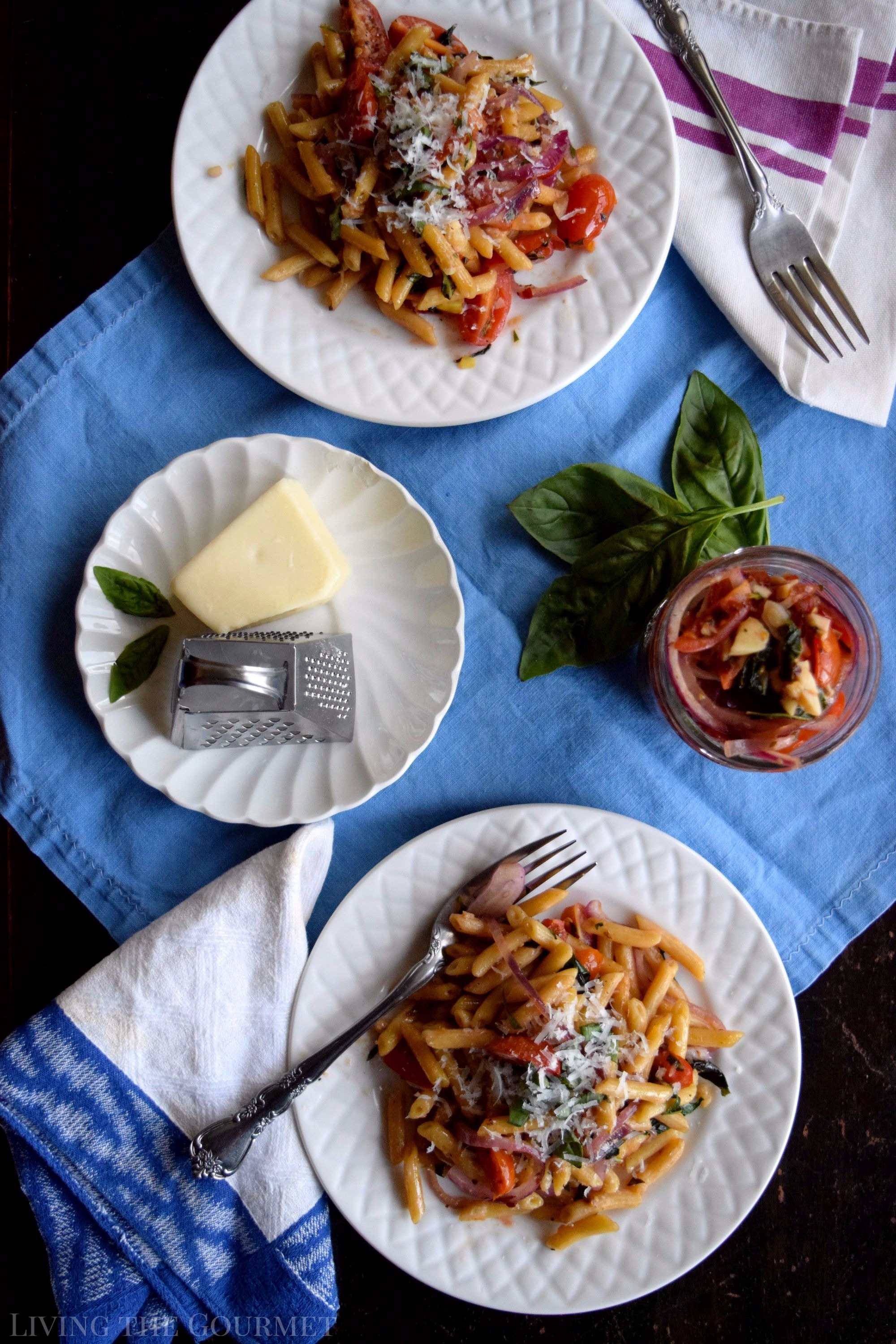 This was more or less the state in which I found myself a few evenings ago. After long hours spent working ‘about’ food, I will admit that the prospect of heading downstairs and preparing a meal from scratch seemed as though it would take a Herculean effort. Put plainly, I wanted to call it quits for the day.

However, my classicalist side kicked in, and far from receiving inspiration from the kindly words of Aurelius, I instead found the words and sentiments of another emperor ringing between my ears – those of Nero.

We ought to always treat ourselves in ways ‘worthy of our humanity,’ he believed. Upon the completion of his Domus Aurea, for example, his palace encrusted in precious stones and gold, he remarked simply “Finally, a dwelling worthy of a human being.” 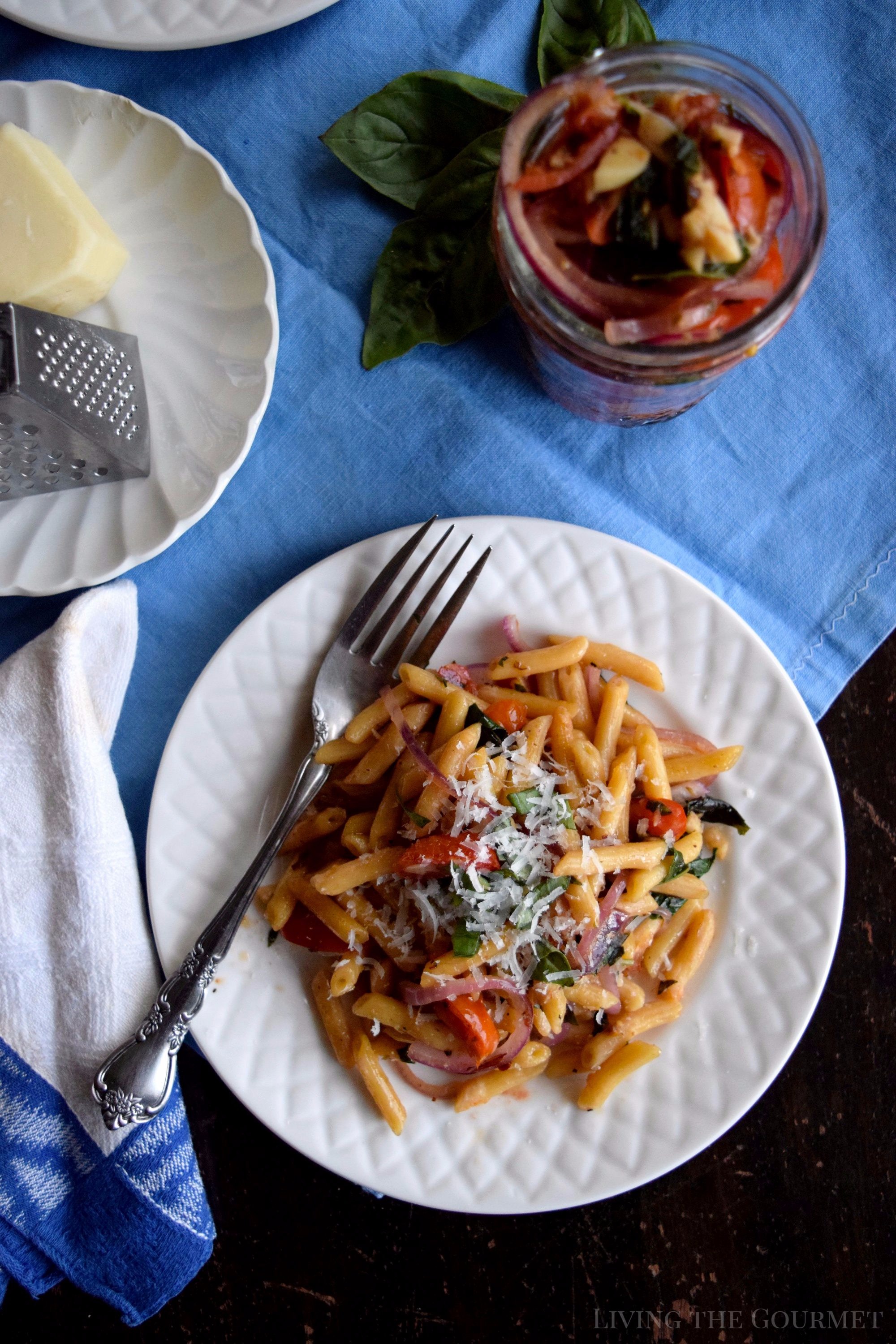 The meal I had in mind, prepared with the ingredients I had on hand, would do precisely that – and in less than ten minutes. 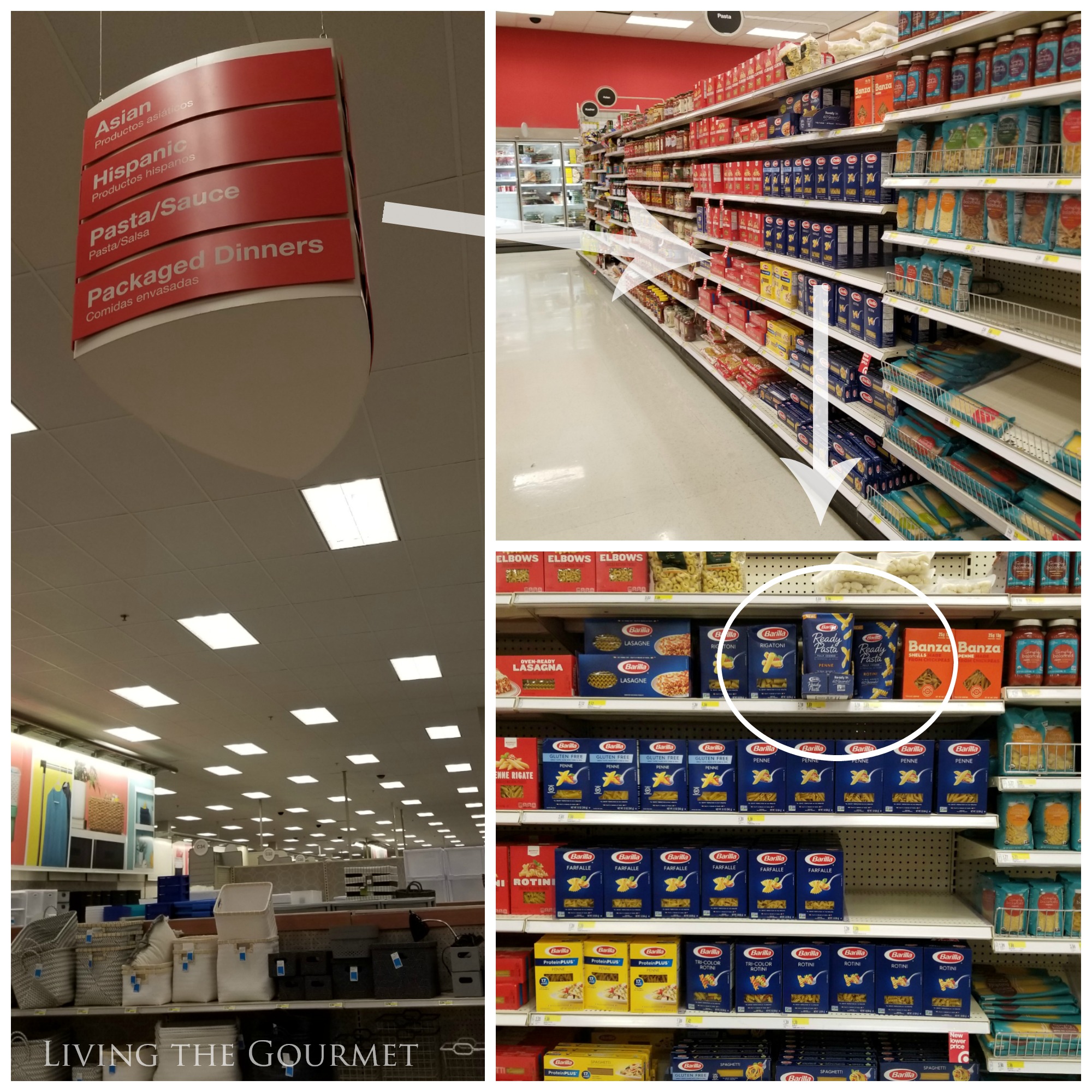 Naturally, that brings us to today’s recipe, and the primary ingredient thereof – Barilla Ready Pasta, which I picked up on a quick run to Target some days ago. Barilla Ready Pasta is a new product from Barilla that offers al dente pasta without the need for boiling water. Instead, the pasta (which comes fully cooked) can either be cooked within sixty-seconds in the microwave or, as done here today, simply prepped in a pan. Again, this is fully cooked pasta that simply needs to ‘prepped’ before adding in whatever it is you’re eating it with.

Non-GMO, and made with three simple ingredients, olive oil, sea salt, and the same quality Barilla pasta we all know and love, Barilla Ready Pasta is an excellent choice for those times we need an ultra-convenient meal solution, without sacrificing on flavor or quality. 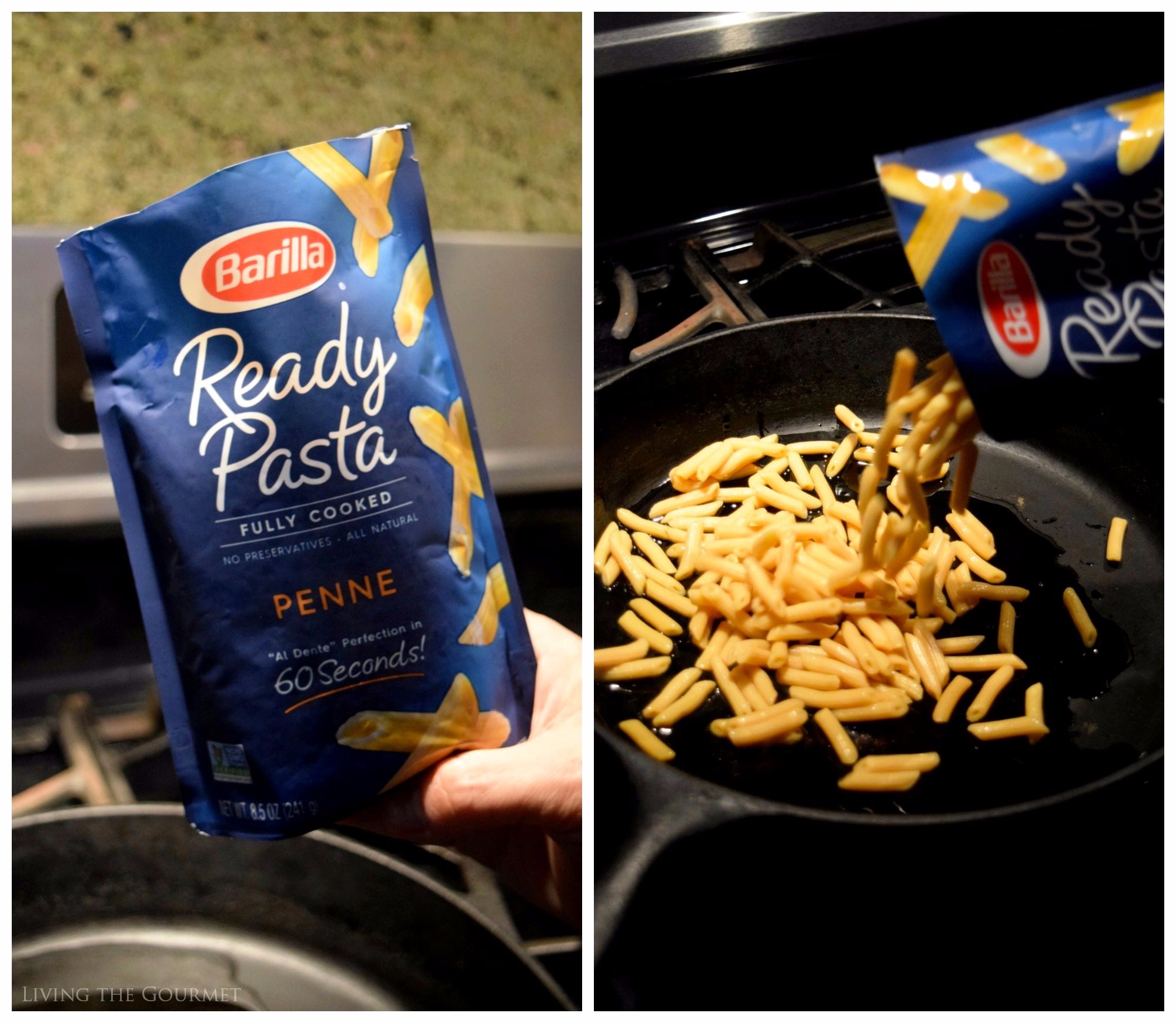 That said, to start things off, we begin by heating a large cast iron frying pan with olive oil, and add in some quartered cherry tomatoes, sliced red onion, shredded basil, and garlic, seasoning with salt, pepper, and red pepper to taste.

Once that’s done, plate the pasta with the sauce, top with some fresh grating cheese, and you’re done. 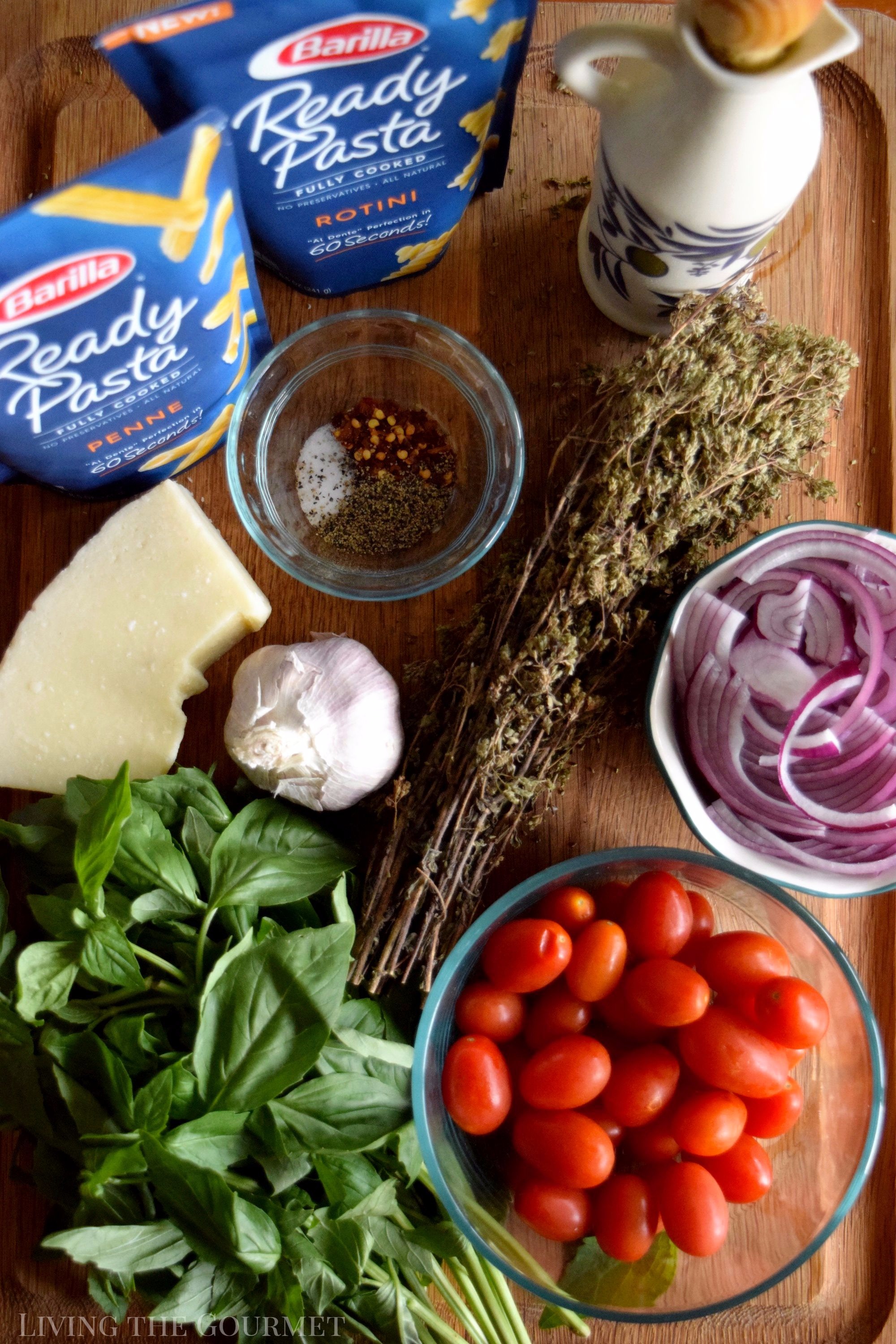 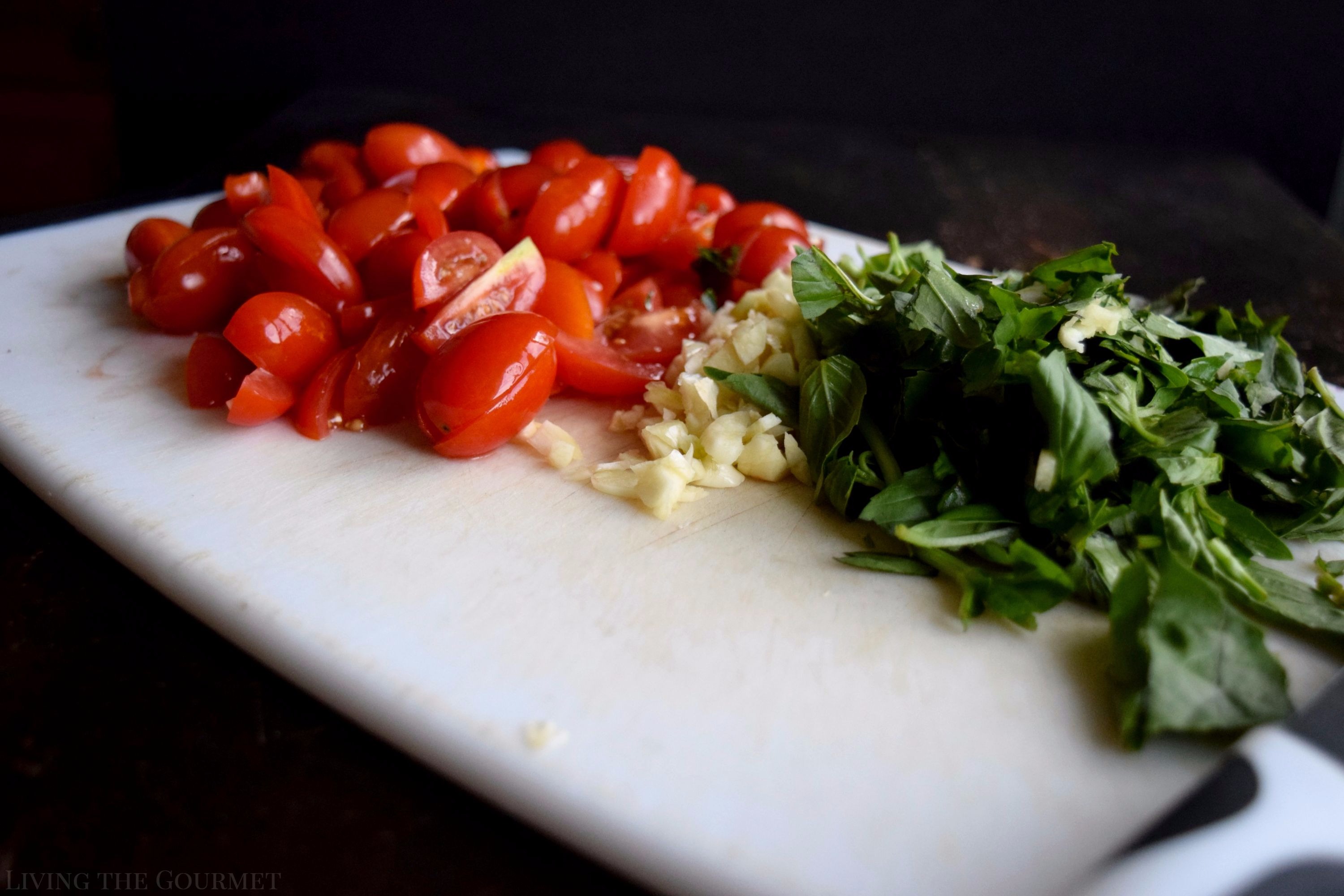 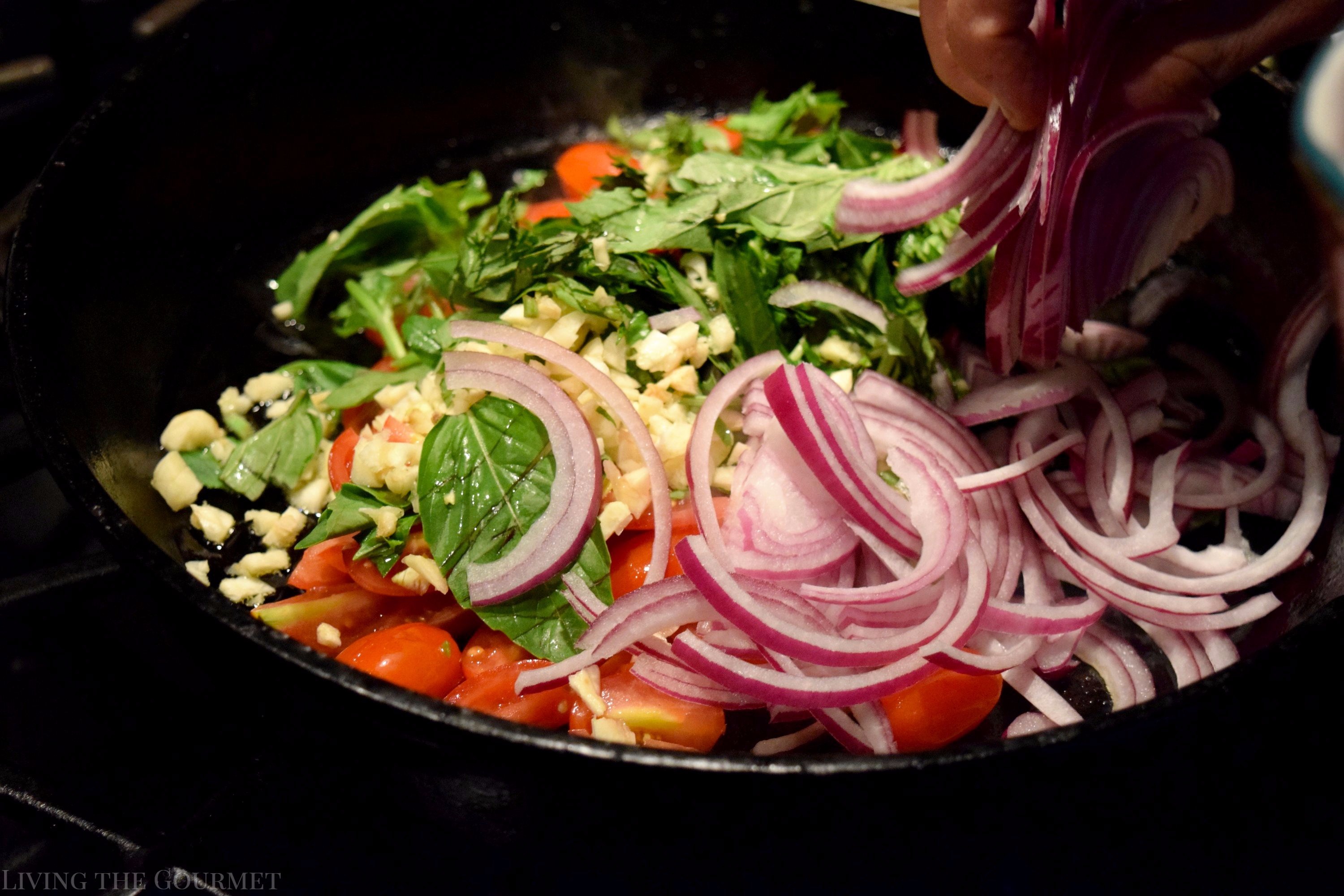 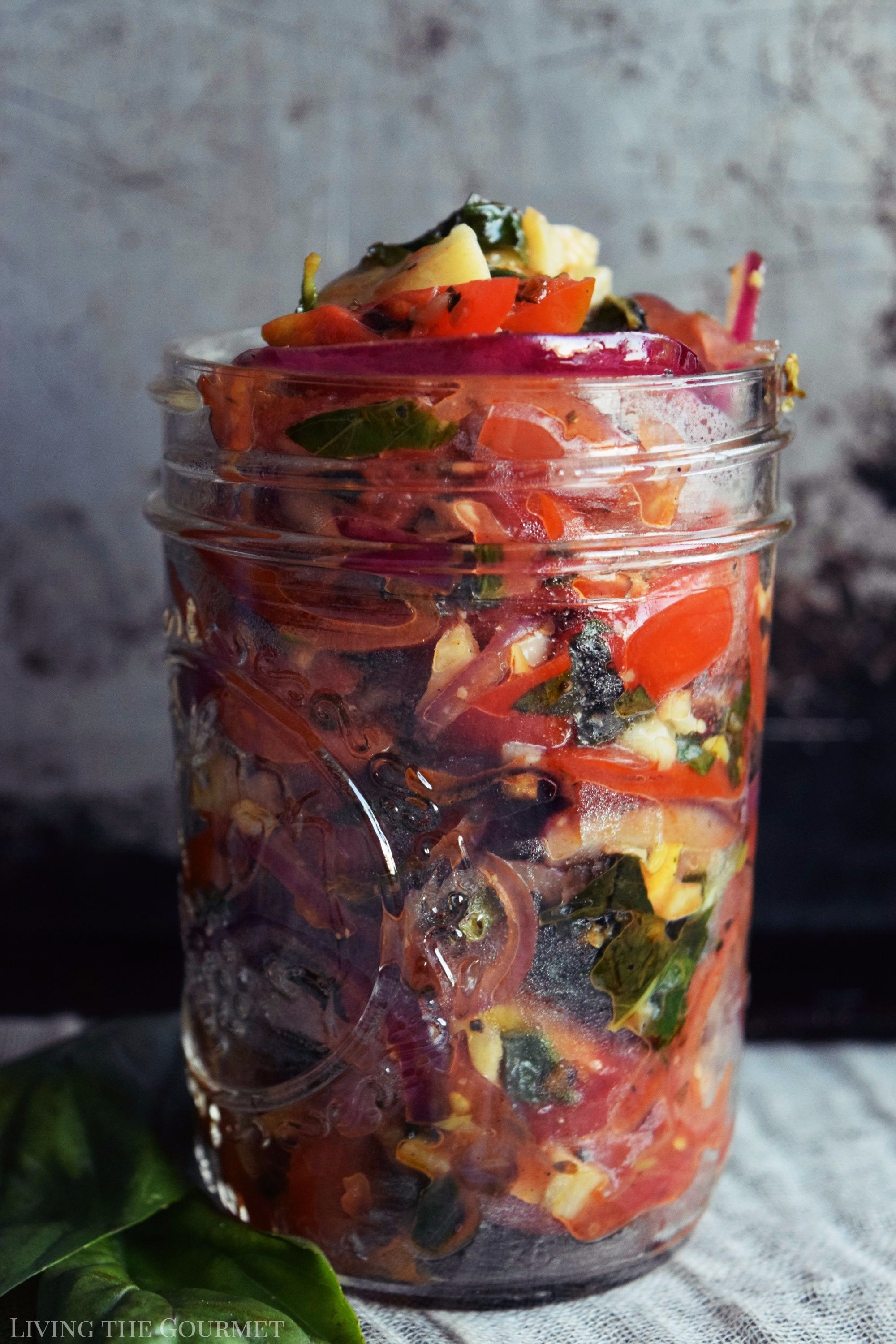 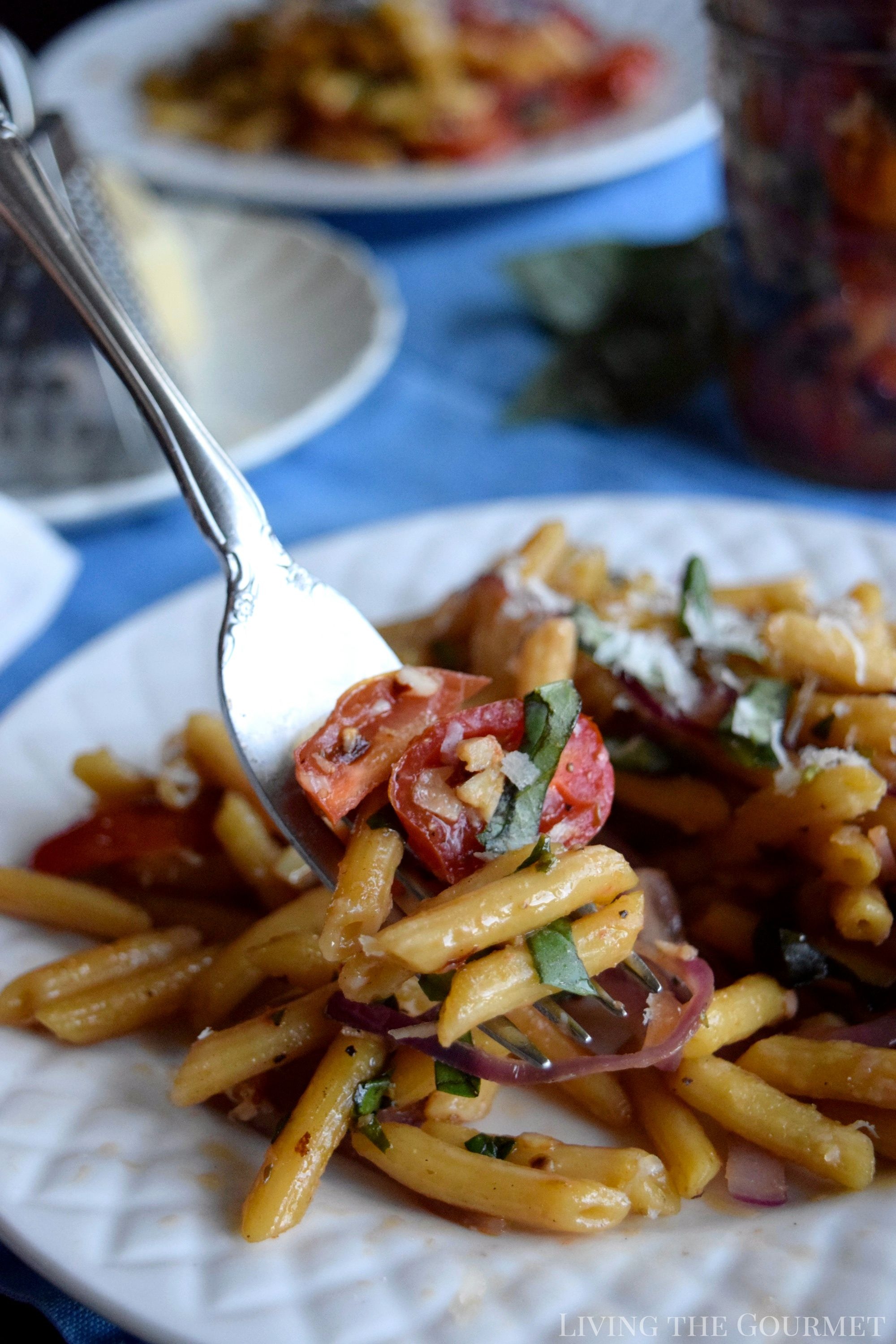 Feeling inspired now to whip up this fresh and easy dish for yourself tonight? Head over to Target today but before you do, don’t forget to download your special savings from the Target Cartwheel! Save 10% off your Barilla Ready Pasta purchase by clicking on the coupon below! Offer is valid 8/31 – 9/14!