This post has been sponsored by Vidalia Onions. All opinions expressed are my own.

It’s the season of onions! Vidalia onions that is. We’re welcoming the season with this simple but delicious Tomato and Onion Tart bursting with the rich, vibrant flavors of Spring. 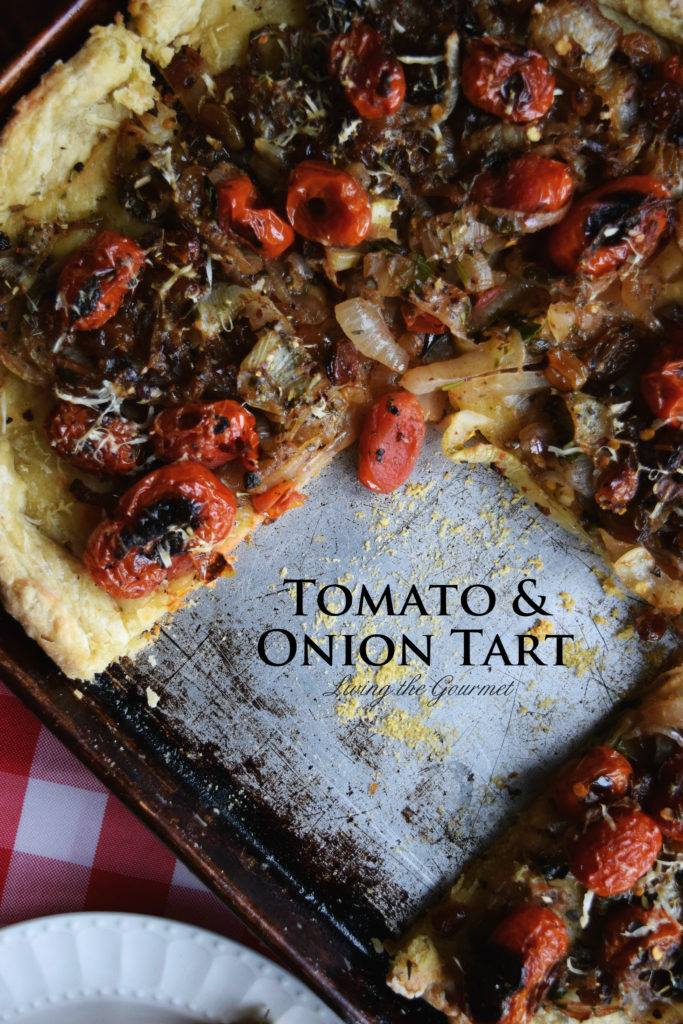 One of the things I try to convey here on Living the Gourmet is the importance of ‘setting.’ One of my fondest examples is that we ‘eat first with ours eyes,’ and that the final ‘taste’ of a meal is in fact one of the last ways in which we experience it. Instead, a meal, taken in its totality is in fact a ‘feast’ for the senses, a ‘feeling’ or ‘set of emotions’ as much as anything else. For example, how many meals have you consumed that were unenjoyable for no other reason than that they were rushed or because the surroundings were simply ‘off’ somehow?

That being said, sometimes when I’m putting together a planned meal, I like to intentionally tug on the proverbial heart strings, to ‘set a mood’ as much as possible for the simple purpose of accentuating the aforementioned qualities. For example, I hosted my brother and his wife the other day for a lunch out on the deck, and while I certainly could have gotten away with any simple start of the season recipe, especially given the relaxed atmosphere, I decided instead to pull a page from our youth and prep one of those recipes that simply exudes ‘Old World Charm.’ 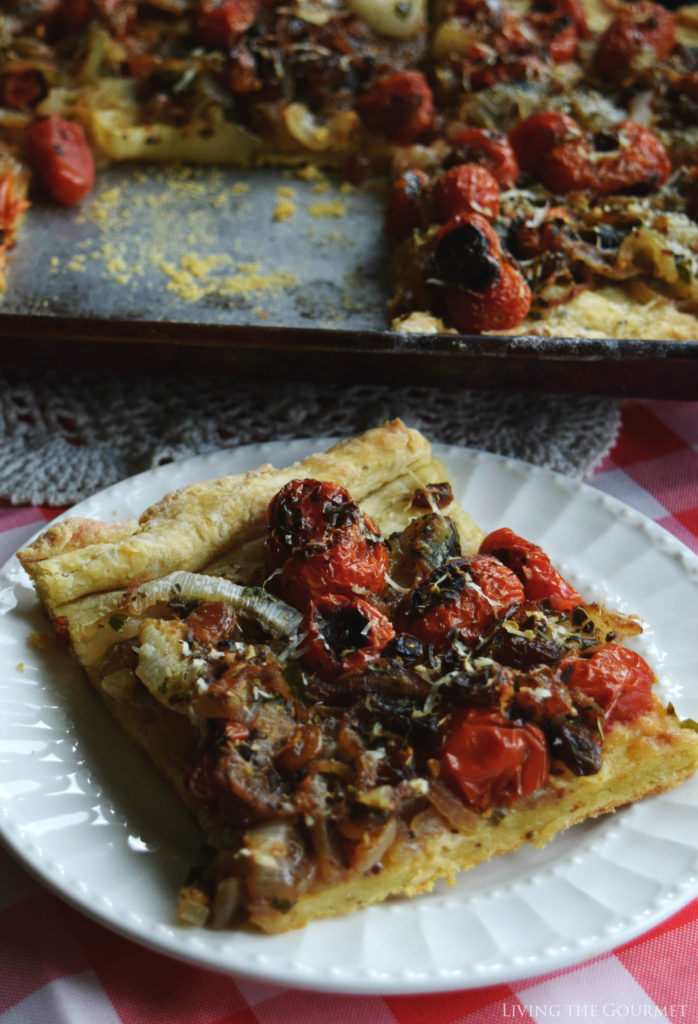 Now, picture a rustic table setting on a porch overlooking a river at mid spring. There’s still a faint chill in the air, mixed with salt gusts lashed in from the bay. To pair with this setting, of course, I decided to put together today’s recipe – a Tomato and Onion Tart.

To start things off, we put together a homemade, from scratch dough as outlined below. While that sets, we prep the topping. For this recipe, at this time of year, I do prefer to use Vidalia onions, a unique and delicious ingredient. 2017 marks the 25-year anniversary of the Vidalia onion’s trademark which is held in the state of Georgia. Each winter, growers plant over 80,000 Vidalia onion seedlings per acre. Their distinctive taste is derived from the weather, water and soil uniquely found within 20 South Georgia counties. Aside from being an exclusively April to August treat, they are the sweetest onion available making them absolutely perfect for this recipe. That said, they are also typically, of far superior quality, and its natural versatility means that you can really get creative. After all, these are the go-to sweet onion of top chefs from around the world for a reason. 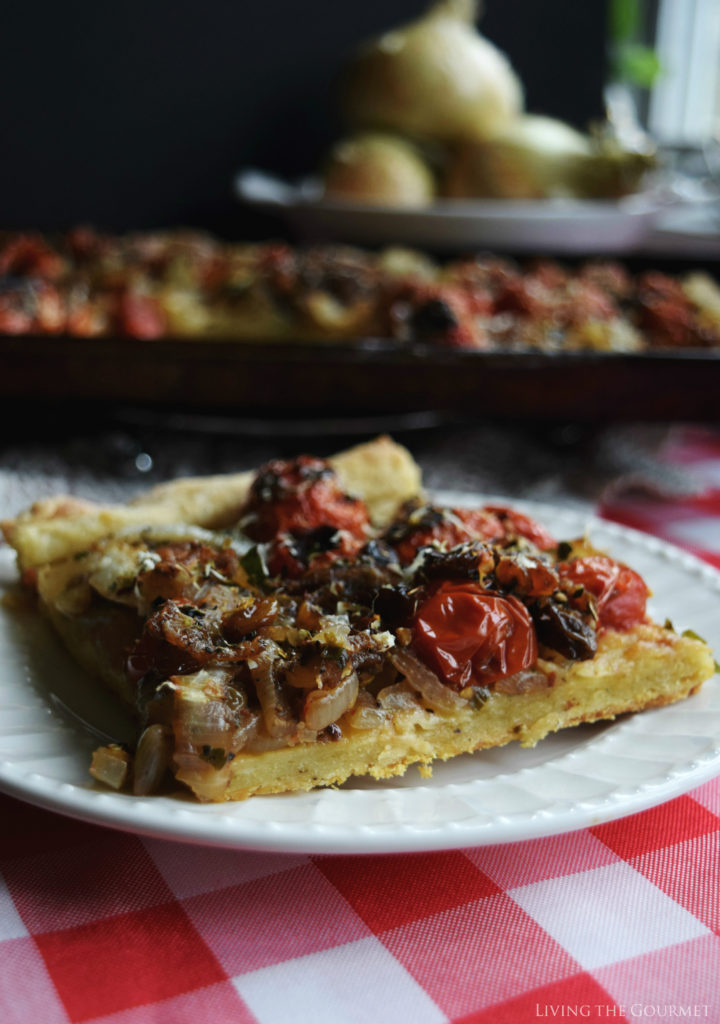 To put together the topping, we start off with a heated cast iron griddle, where we let about a pint of chopped cherry tomatoes come to a slight char. Once that’s done, heat a large cast iron pan with olive oil and butter – yes both. Pour in the sliced onions, and sauté until they have softened. Then simply add in raisins, the spices as outlined below, the chopped parsley and the charred tomatoes.

Can you guess what comes next?

Yes, it’s time to feel like a pro and assemble the tart. Simply top the tart dough with the onion mixture, top with a generous serving of Romano cheese, a little extra olive oil, and then bake for about twenty minutes and you’re done. 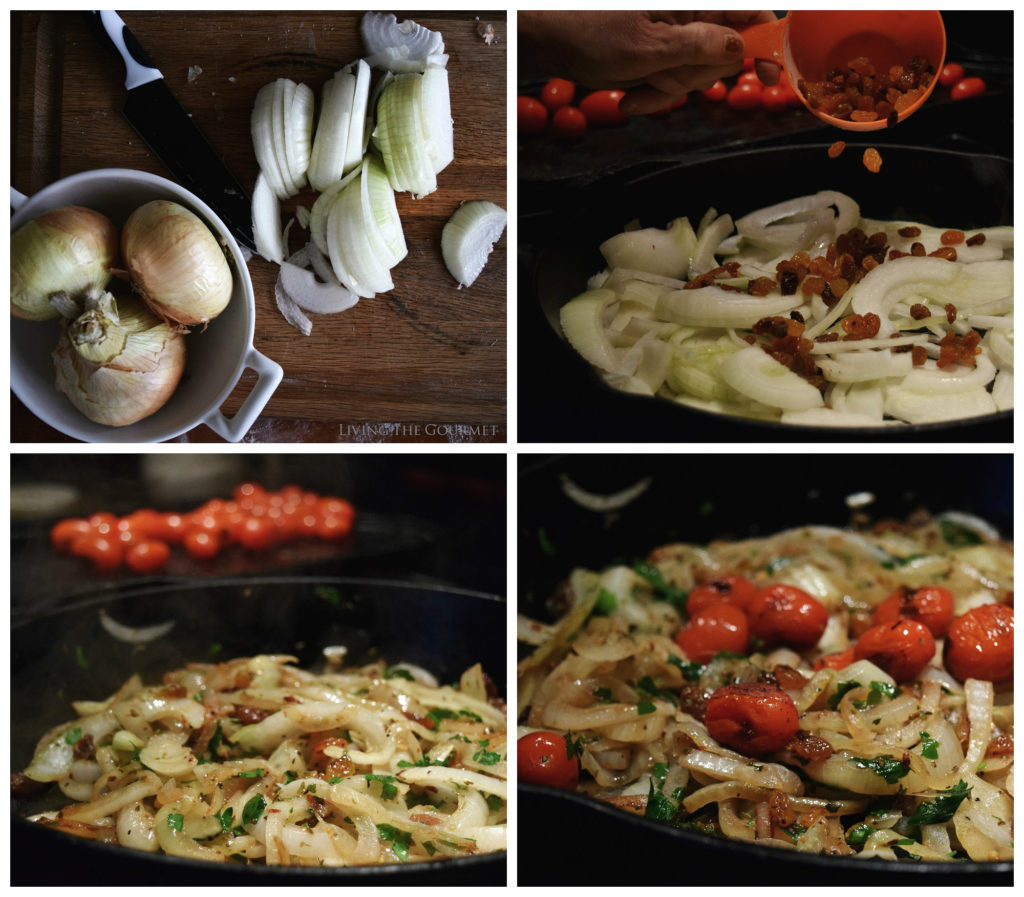 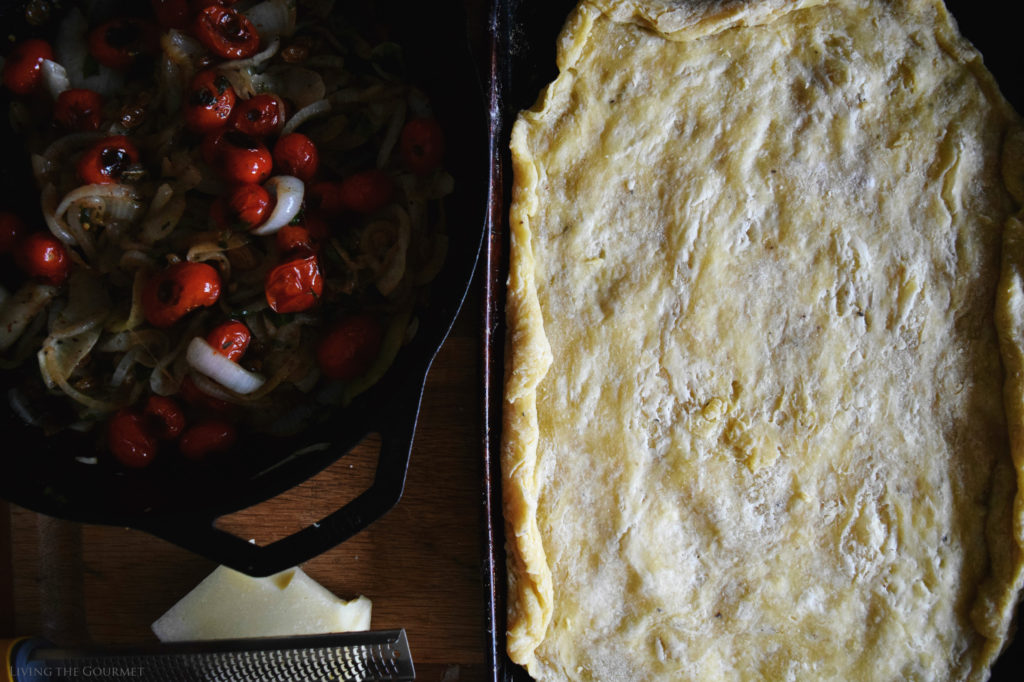 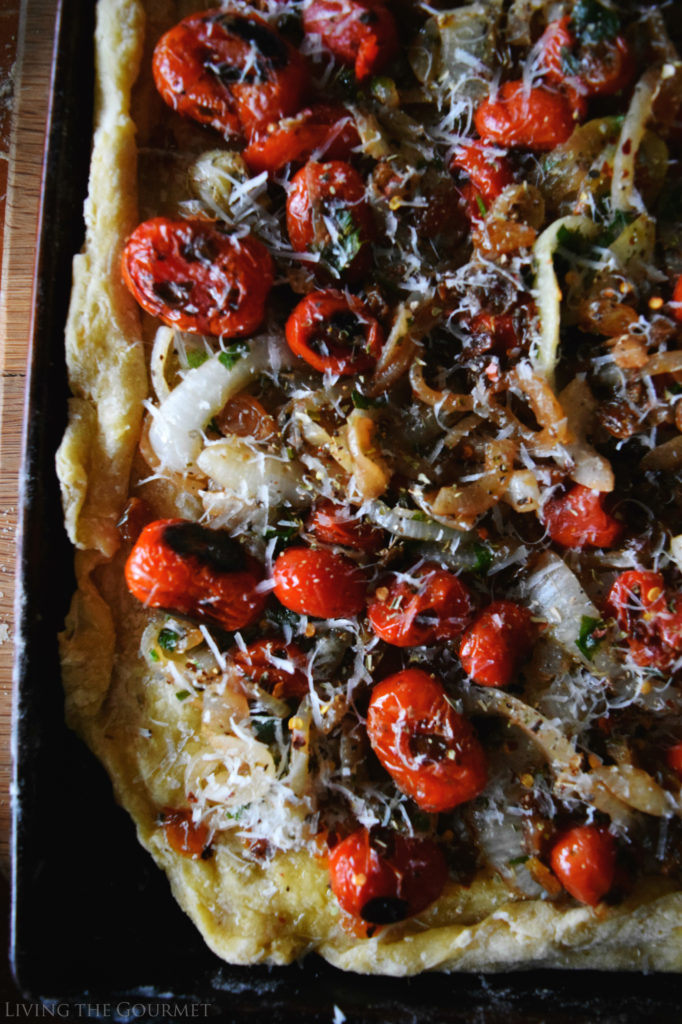 For the tart shell:

For the tomato and onion topping:

For the tart shell:

For the tomato and onion topping: 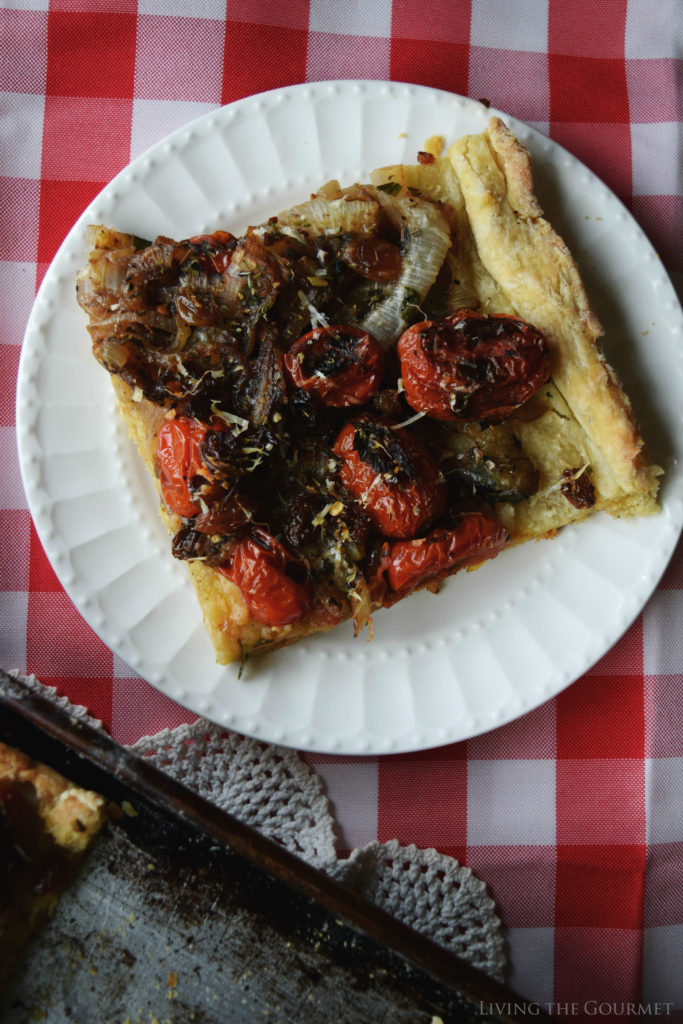 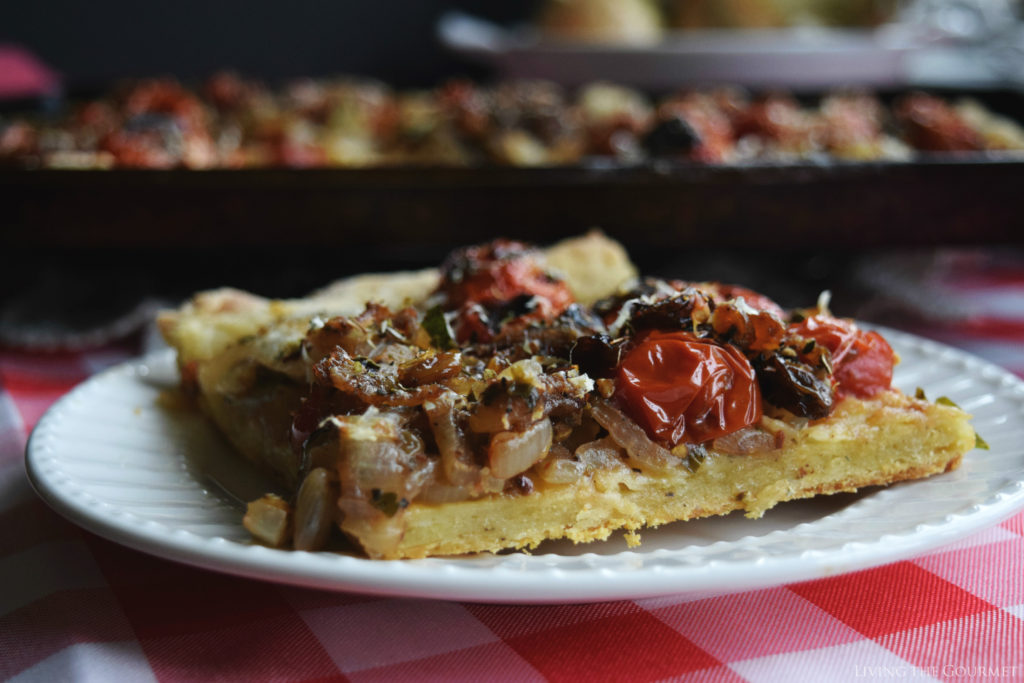 If you follow on Instagram then you know April 12th officially marked Vidalia season. Be sure to shop for these sweet pearls of flavor at your local grocery store today! Spread the word on social media and show your Vidalia love with #OnlyVidalia. For more information visit vidaliaonion.org.