This shop has been compensated by Collective Bias, Inc. and its advertiser. All opinions are mine alone. #MadeForMore #Walmart #CollectiveBias

Cool cream cheese is whipped with a homemade Gremolata then topped over a variety of TRISCUIT crackers for an easy, effortless hors d’oeuvre. 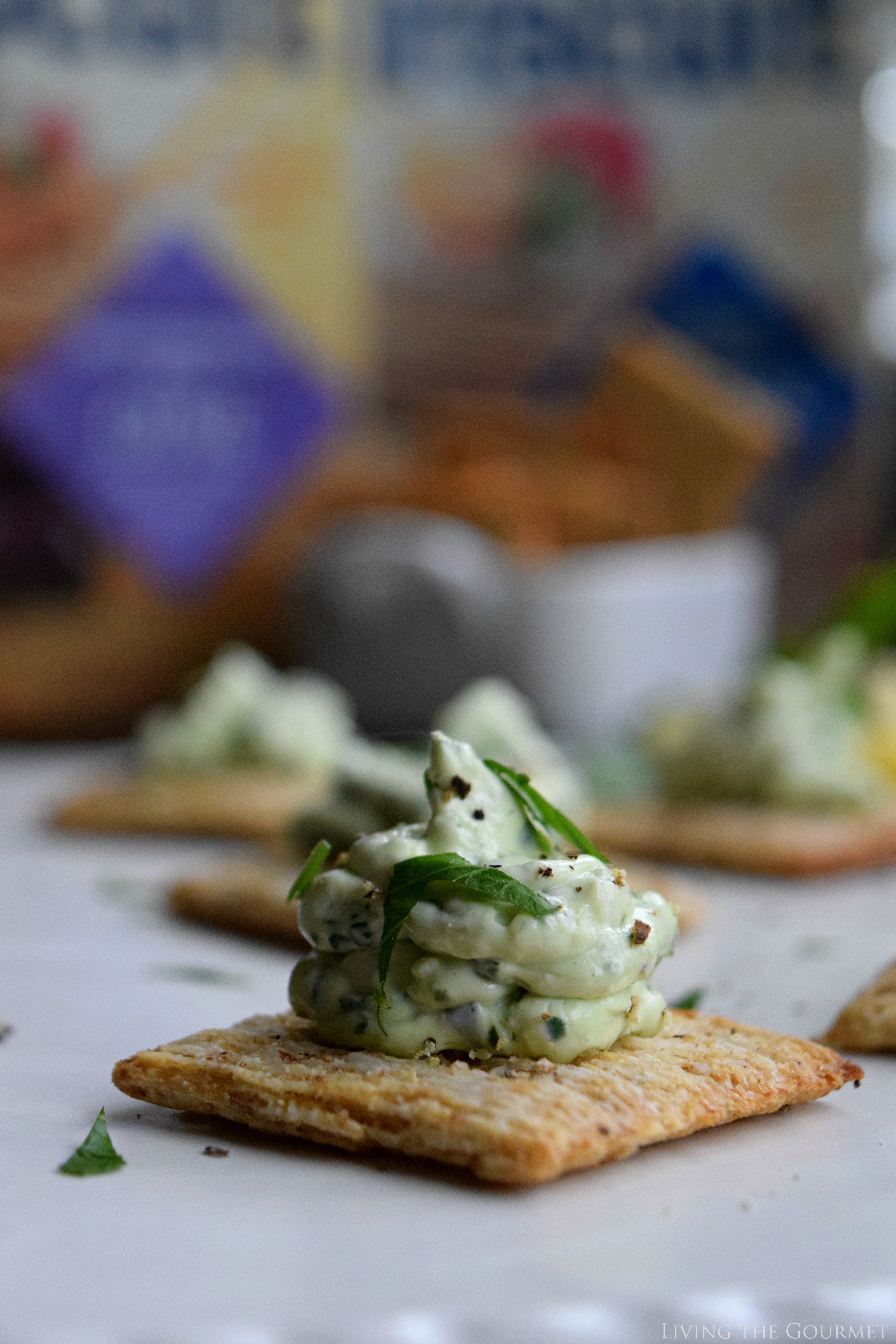 I wrote recently about ‘simplicity,’ and how it can be a virtue unto itself – and that the culinary industry is no exception. For example, I recently interviewed Michael Symon, and that’s one of his key messages, and the theme behind his recent book Five in Five which we featured here on Living the Gourmet.

Strangely, keeping things ‘merely simple’ can be a challenge, making it no wonder that Plato remarked that brevity and simplicity is within the realm of excellence. Indeed, a large chunk of the food industry is devoted to teaching people how to do ‘simple things’ in short amounts of time, and usually on a budget. These are often little things like impressing one’s guests as effortlessly as possible, or putting together a quick but delicious meal on a weeknight, or even just time-savers for the summer months. 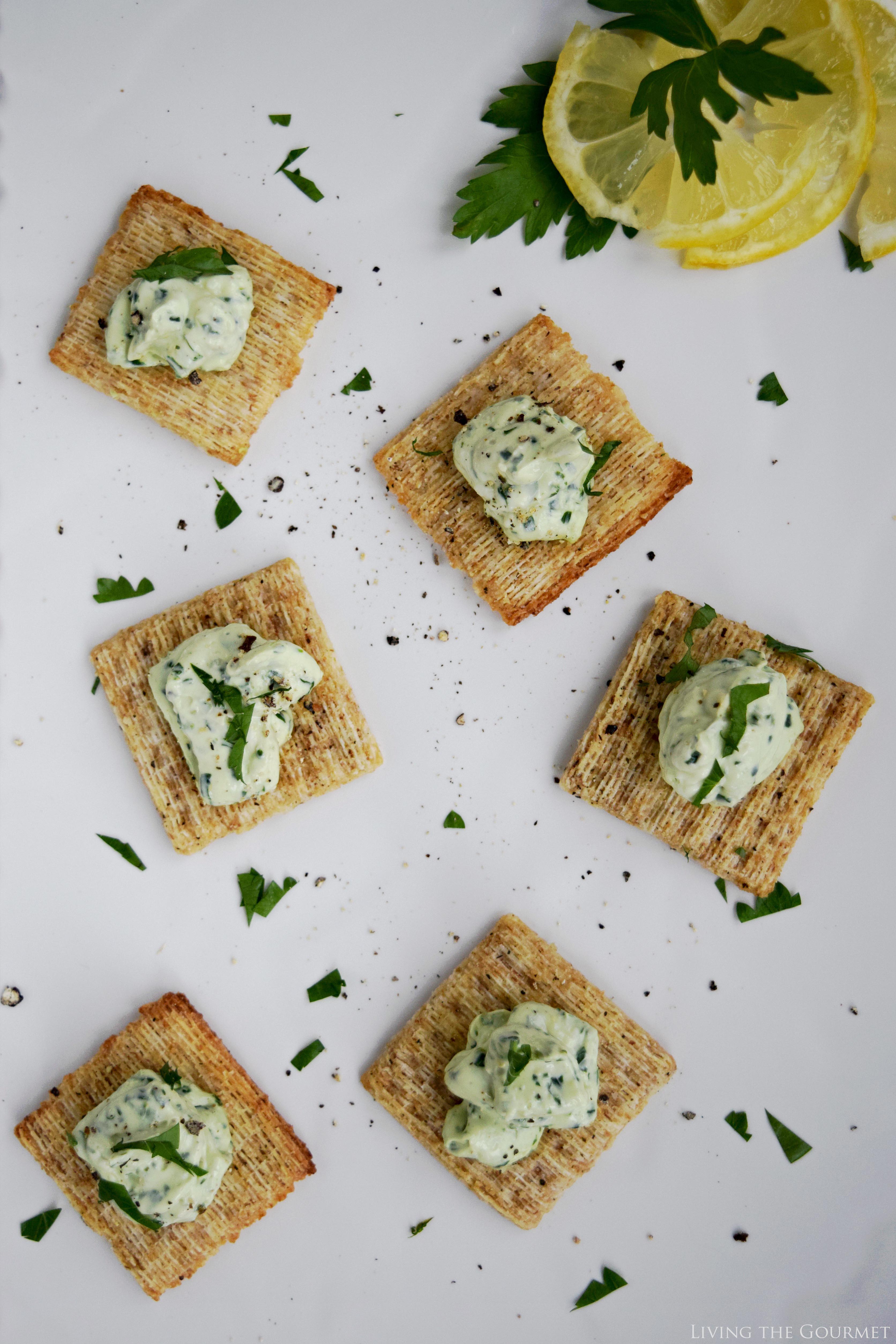 For example, let’s say it’s a summer afternoon, you’re expecting company and you’ve been planning to sit them out on your deck. However, as fate would have it, the weather does not comply. Instead of ‘mere rain,’ which the roof of your porch can turn into a graceful spell out in the elements, the day is struck with something that not even your porch can abide – blistering sun and smothering humidity. Here in New York that combination is especially unenjoyable, and on such days it’s best to simply surrender and move the company indoors. Of course, that makes the entertaining part of that equation a bit less ‘effortless.’ 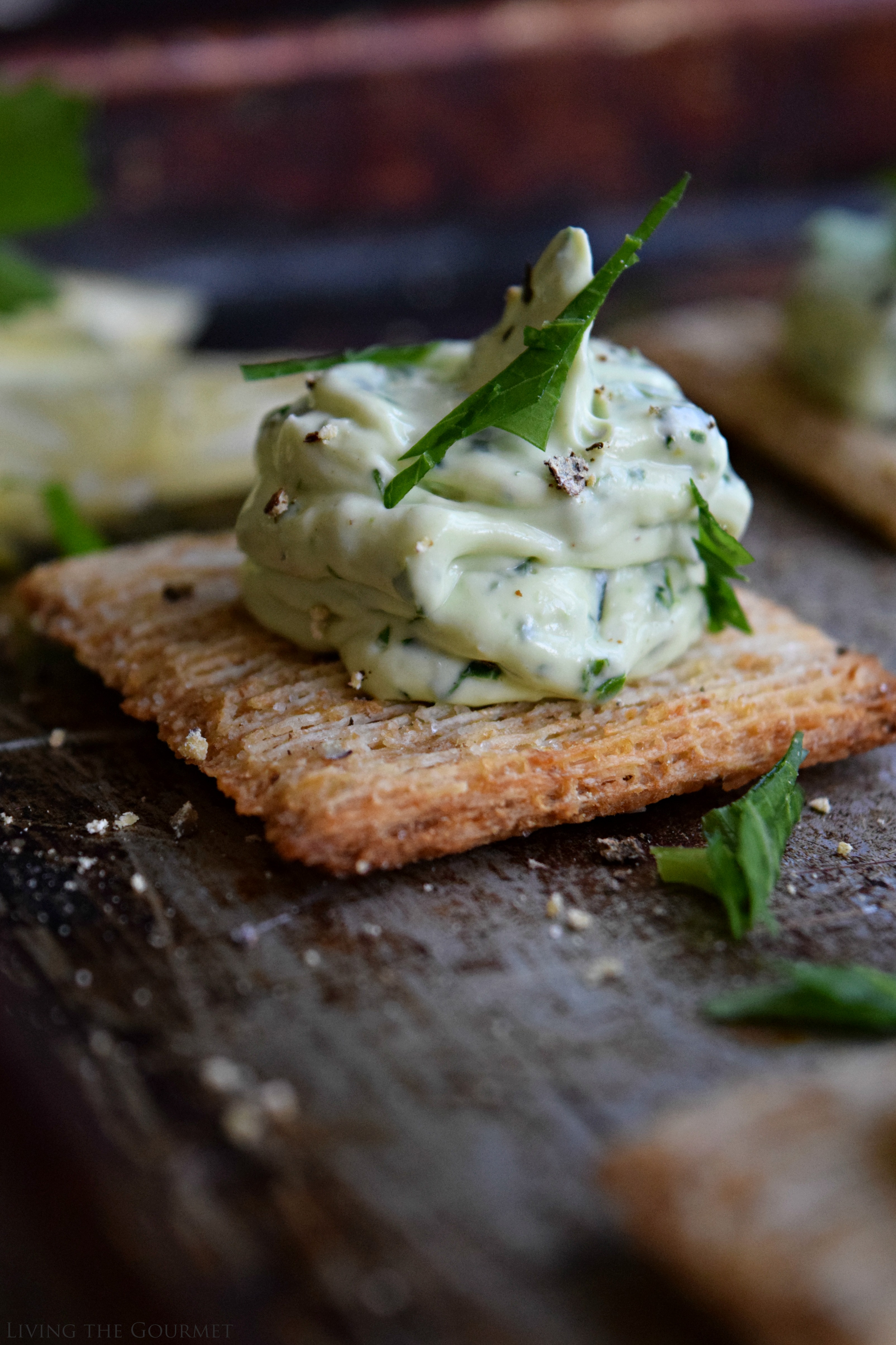 That is precisely the predicament in which I found myself the other day. Needless to say, I needed to make some last minute adjustments to what I would be serving, which is where today’s recipe comes in. 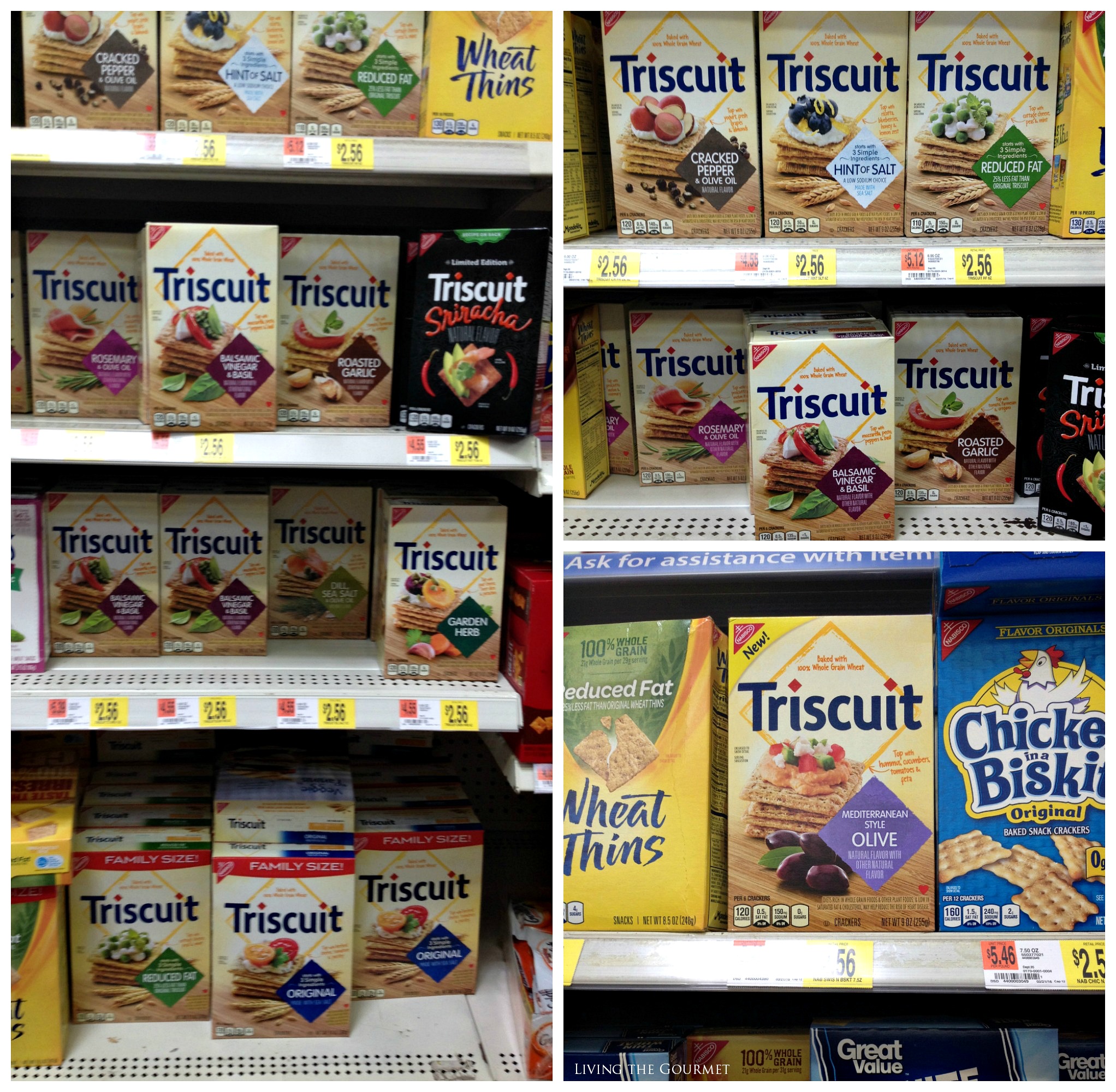 To start, I would need an easy appetizer that I could prepare on the spot without the use of the grill, and with what I had available on hand. Fortunately, I had some TRISCUIT Original Crackers on hand as well as the new TRISCUIT Mediterranean Olive Crackers from the Artisanal variety, both of which I had picked up at Walmart a few days earlier. I decided they would pair nicely with a Fresh Cream Cheese Gremolata. Simple, delicious, and sure to impress. 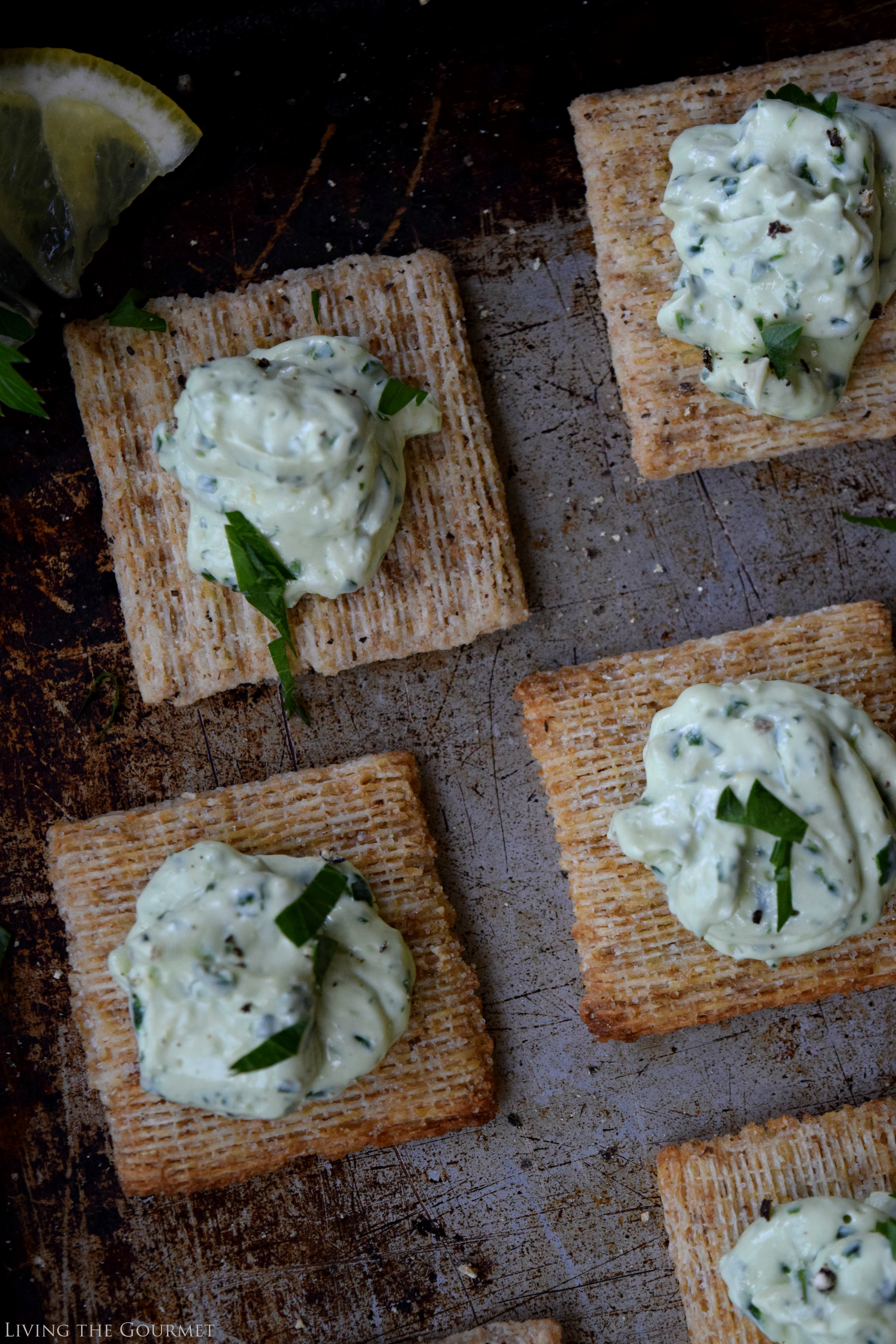 Since I was going to make a Gremolata for the original appetizer I had been planning to prepare anyway, I had all of the ingredients on hand, which included fresh lemon juice, lemon zest, garlic, Parmesan cheese, and Italian parsley – all the standards. I then combined those with a cup of cream cheese as shown below, mixed in salt, pepper, nutmeg and milk as needed, and I was done.

After that, I topped each cracker as shown below, garnished with parsley, and I had a perfect summer appetizer that would pair perfectly with my bay window and the rain. 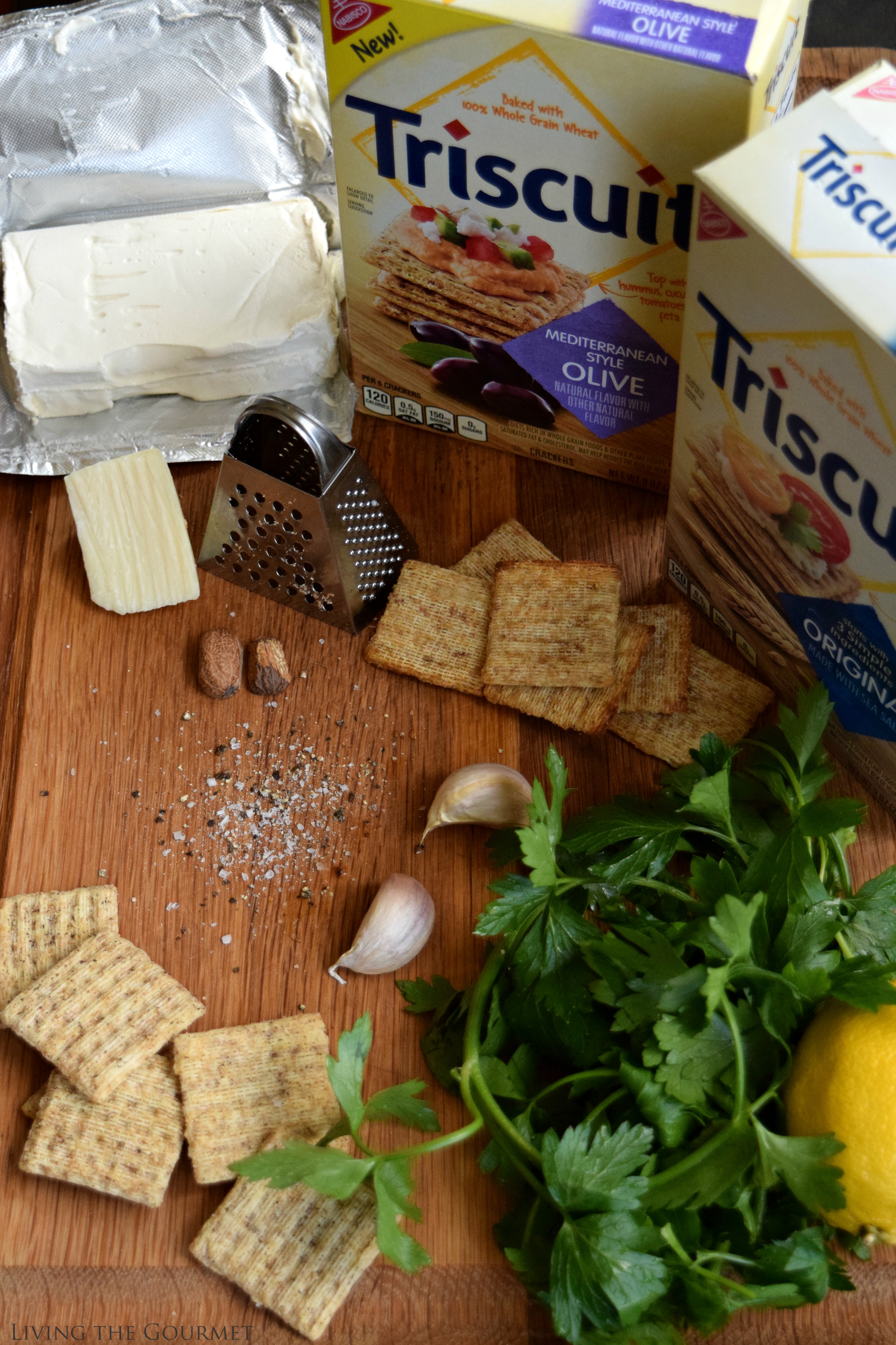 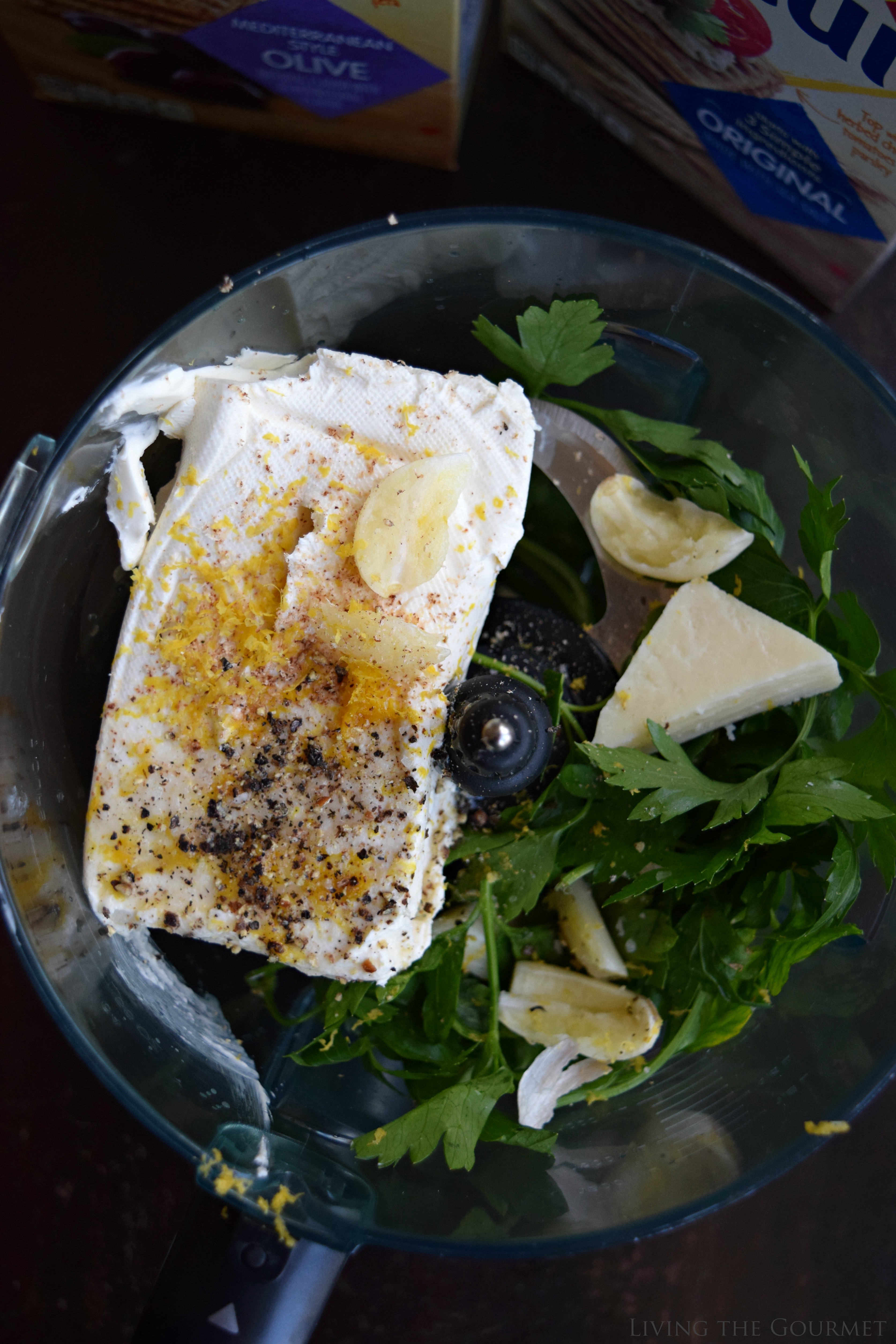 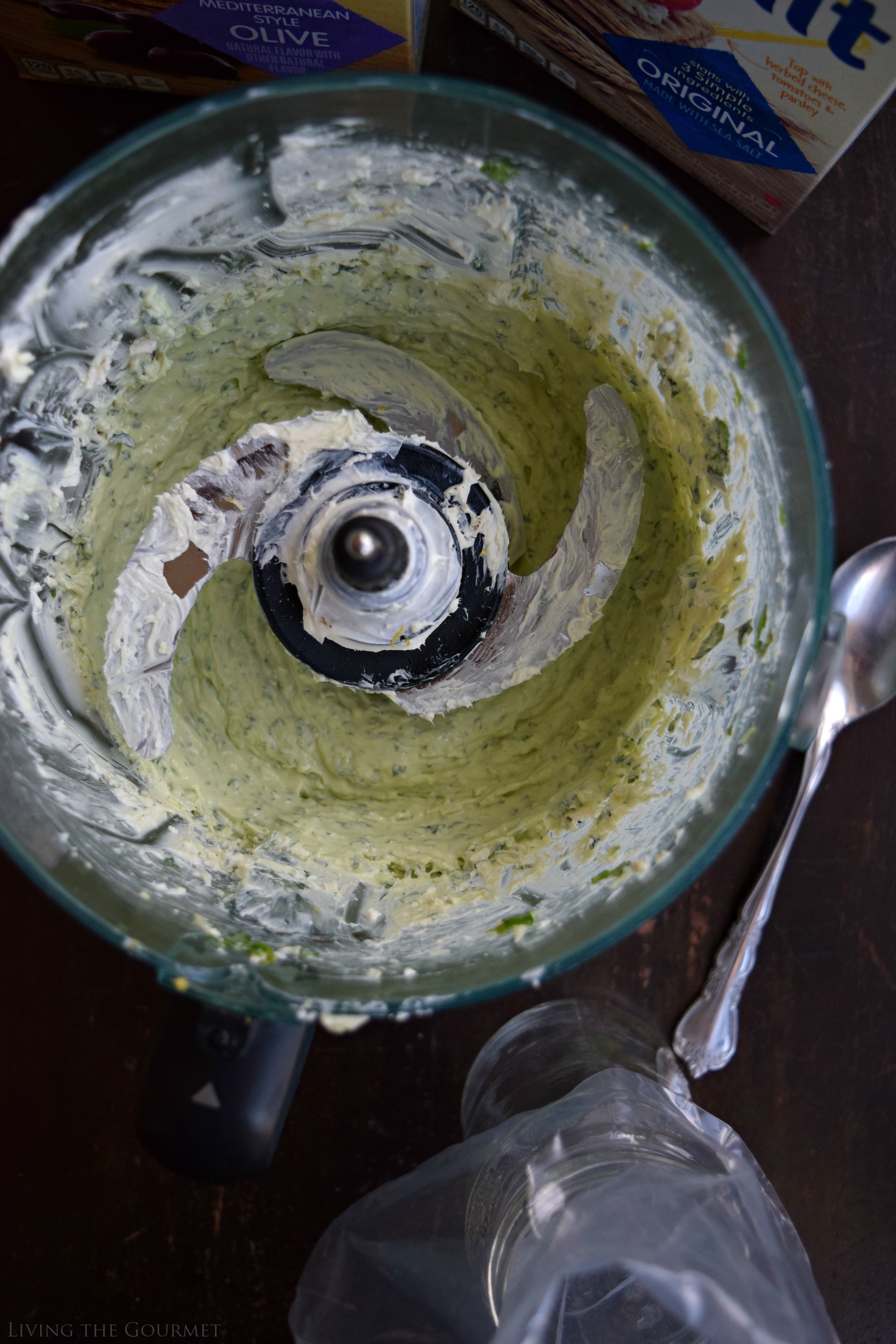 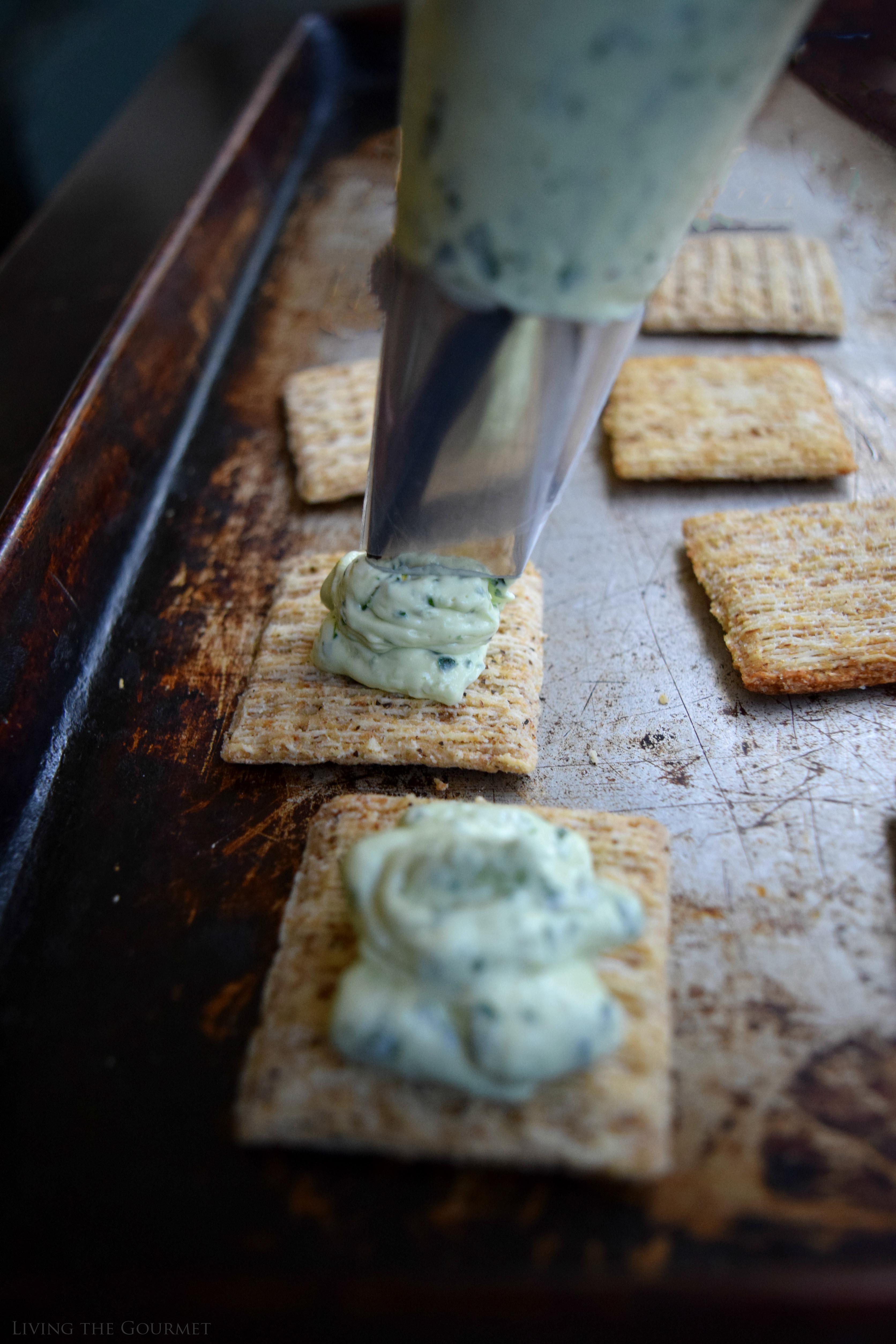 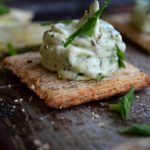 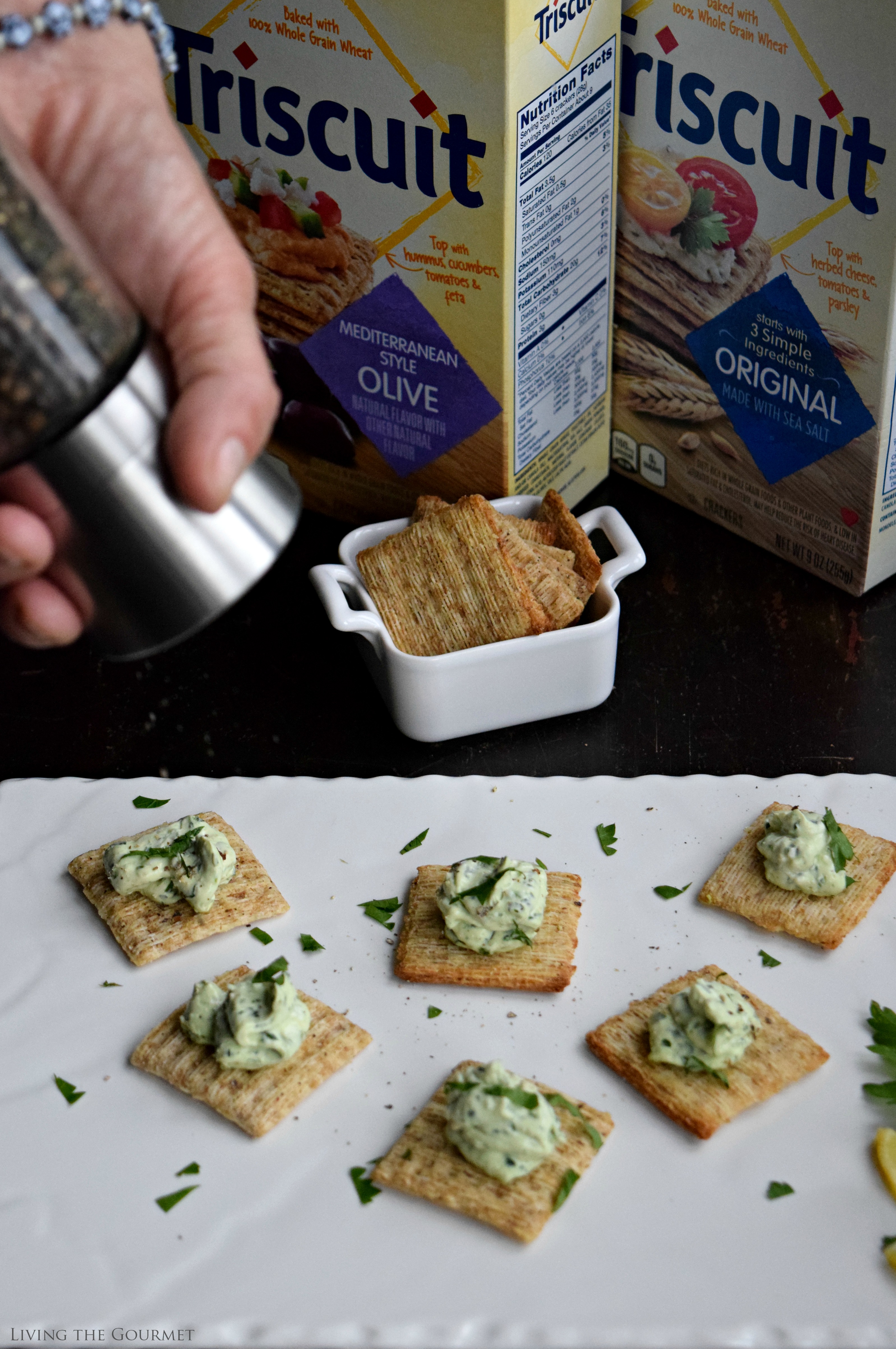 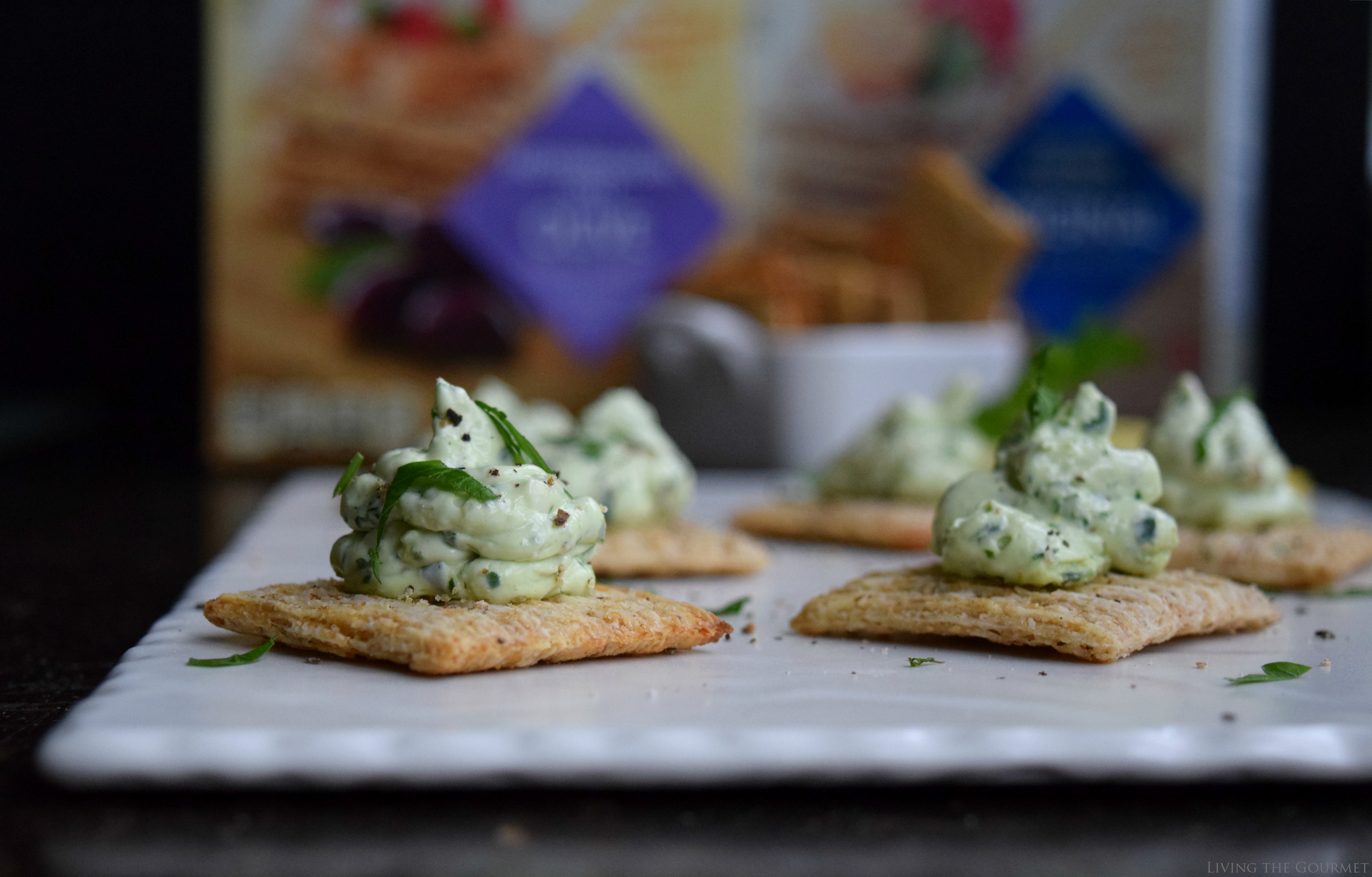 What are some of your favorite summer appetizers? We would love to hear from you.

Pick up your favorite TRISCUIT crackers today at Walmart and choose from TRISCUIT Reduced Fat Crackers, TRISCUIT Hint of Salt Crackers, and TRISCUIT Cracked Pepper & Olive Crackers. While you are there, be sure to check out the new flavors from the Artisanal line which include TRISCUIT Smoked Gouda Crackers and TRISCUIT Sriracha Crackers.