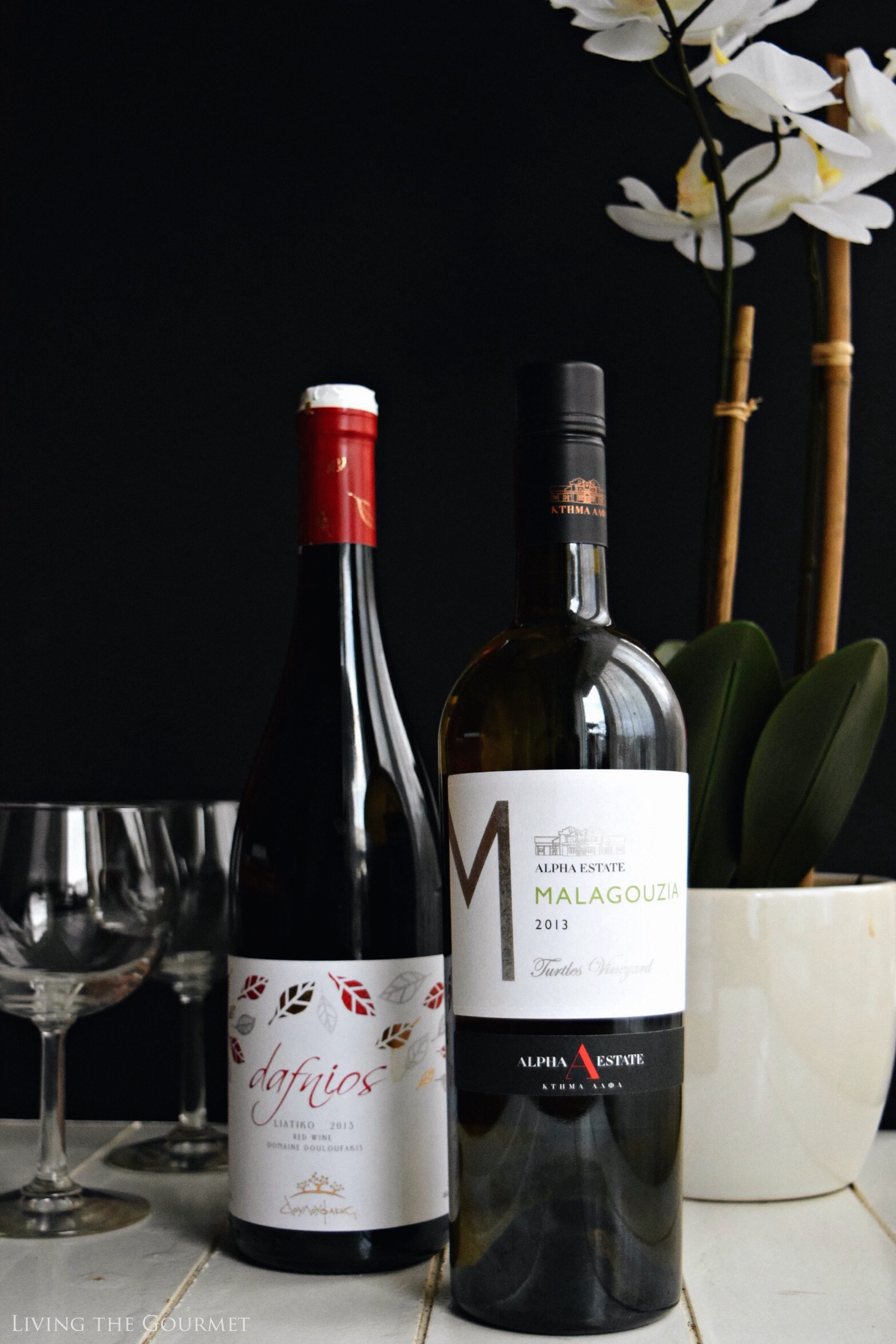 While I may be biased by heritage, my opinion on, and scrutiny of, Greek wine is unforgiving – but in the most complimentary sense possible.

Allow me to explain.

First, quite simply, is the history behind Greek wine. To put it bluntly, Greek winemaking is older than recorded history itself, stretching back roughly to the late Neolithic era – or approximately eight thousand years give or take a few millennia. Via Greek colonies, as well as Hellenic cultural influence throughout the Mediterranean, Greek viniculture comprises the foundation for almost all European winemaking. Then, of course, there is geography. Greek volcanic soil, access to elevation, favorable weather, and abundant sea breeze all make for a textbook example of ‘good’ winemaking conditions. Finally, and not least of all, is local access to superb, rare, and ancient grape varietals.

To summarize, as I explained in a previous review of Santorini wines, there is simply no excuse to be given for a ‘bad’ or even ‘merely decent’ Greek wine, which is part of why I so enjoy reviewing them.

That said, late last month I was contacted by the representatives of Alpha Estate and Douloufakis Winery, located inthe Amyndeon viticulture zone and Dafnes, Crete respectively, asking if I would review a pair of their bottles. Of course, I agreed. 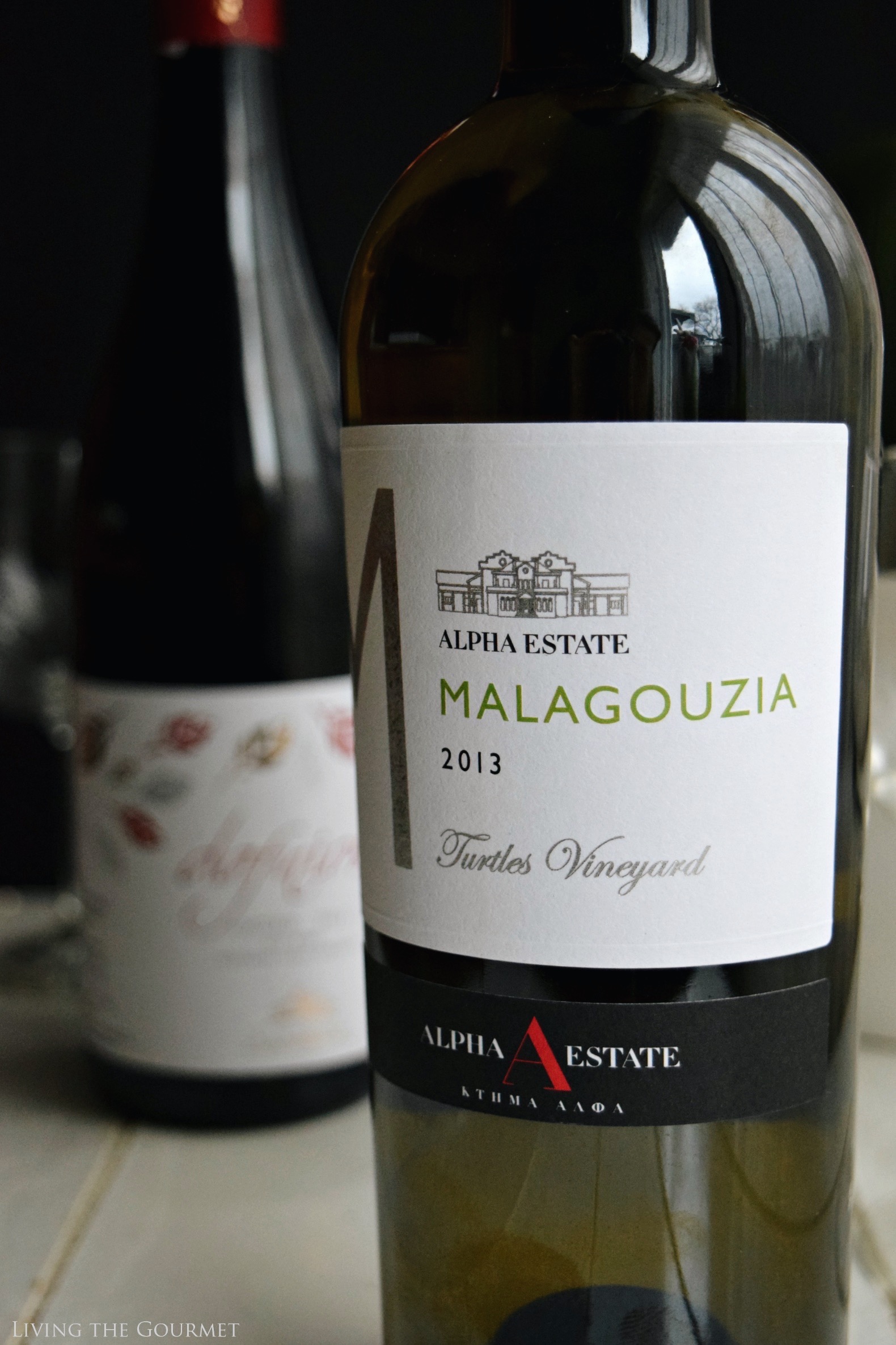 As befitting the name, I’ll begin with the offering from the Alpha Estate, from whom we received a 2013 Malagouzia. For the uninitiated, the Malagouzia grape is an ancient varietal that was nearly extinct until about the 1980s, at which point it was reintroduced by vineyards of the Halidiki peninsula. Though often used as a blend for the more widely known Assyrtico grape, Malagouzia is typically very aromatic, often described as soft or elegant, with qualities of fresh citrus and either peach or apricot.

Now, for the Malagouzia from Alpha Estate. The wine introduces itself with a very distinct yellow hue. In glass, the wine features rich golden tints on catching light, with rich straw and elegant yellow tones. Off the top of the glass, the wine features distinct damp floral notes, with an undertone of sliced pear or green apple. Into the middle of the glass, the fruity aromas become more pronounced, perhaps honeydew melon, imagine fresh sliced summer fruit. The bouquet sharpens somewhat into the bottom of the glass, taking on muted spicy aromas juxtaposed with fading floral essences. There is a distinct minerality throughout. On sampling, the Malagouzia is almost instantly herbaceous, coating the mouth very nicely. Words such as mellow and elegant spring to mind, though there is a definite if muted complexity to the palate. As on the nose, rich minerality carries throughout sampling. The finish is pleasant, silky, and full of balanced spice.

For pairing, I would suggest white-bodied fish, perhaps herbed tilapia. Served as an aperitif with leafy salads, the wine would surely not disappoint. Light pasta dishes of garlic and oil would also pair nicely. 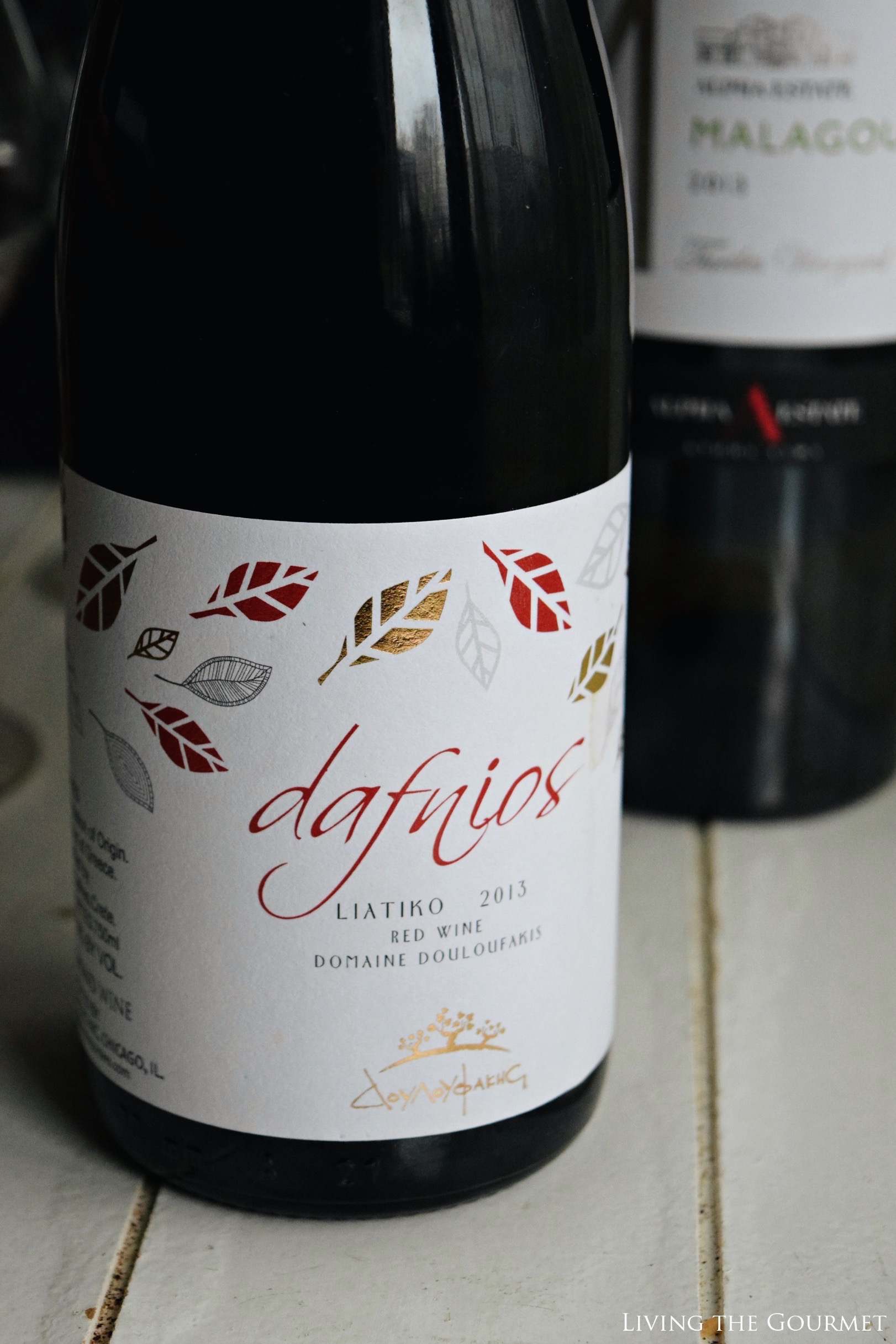 Now, from the Douloufakis Winery, we received a 2013 Liatiko, a very rare and ancient varietal grown exclusively by a mere handful of vineyards on Crete. In fact, Dafnes is the only Liatiko-specific area in Crete, and all ‘Dafnes’ wines must be 100% Liatiko. While it is a very dark grape, it is notoriously difficult to extract Liatiko’s naturally deep red hues. In fact, all the but the most robust harvests often ‘brick’ quite early during production, taking on orange or ‘earthenware’ colorations, despite the best efforts of the wineries.

I will note here that Liatiko is produced both dry and sweet, with sweet Liatikos often being produced via sundried grapes or via fortifying, depending on the winery. Personal preference aside, sweet Liatiko is far more sought after, and is universally considered the best production of the varietal.

Some trivia, ‘Liatiko’ is short-form Greek for ‘July.’ Odd, since even as far south as Crete it would be most peculiar to see grapes being harvested at any point before August.

And now, time to review the bottle I received.

On pouring, the wine was initially quite dark, almost ruby-like. However, hints of orange and earthy brown became quite evident as I swirled the wine. On tilting the glass, the contrast became quite stark. The deeper portion of the wine towards the back of glass was dark and ruby-red, while the portion catching the light was earthen in tone. Quintessential Liatiko.

Off the top of the glass ripe fruit essences were immediate, but grounded in vague savory notes. Towards the middle of the glass, the fruit essences largely carried over, but were perforated by sharp prongs of spice. Into the middle of the glass, the spice predominates, laced in herbal overtures. A very pleasant bouquet overall. On sampling, the wine features a very subdued texture and acidity. The fruit of the bouquet largely carries over, chiefly ripe red fruits contrasted with savory herbal notes throughout. 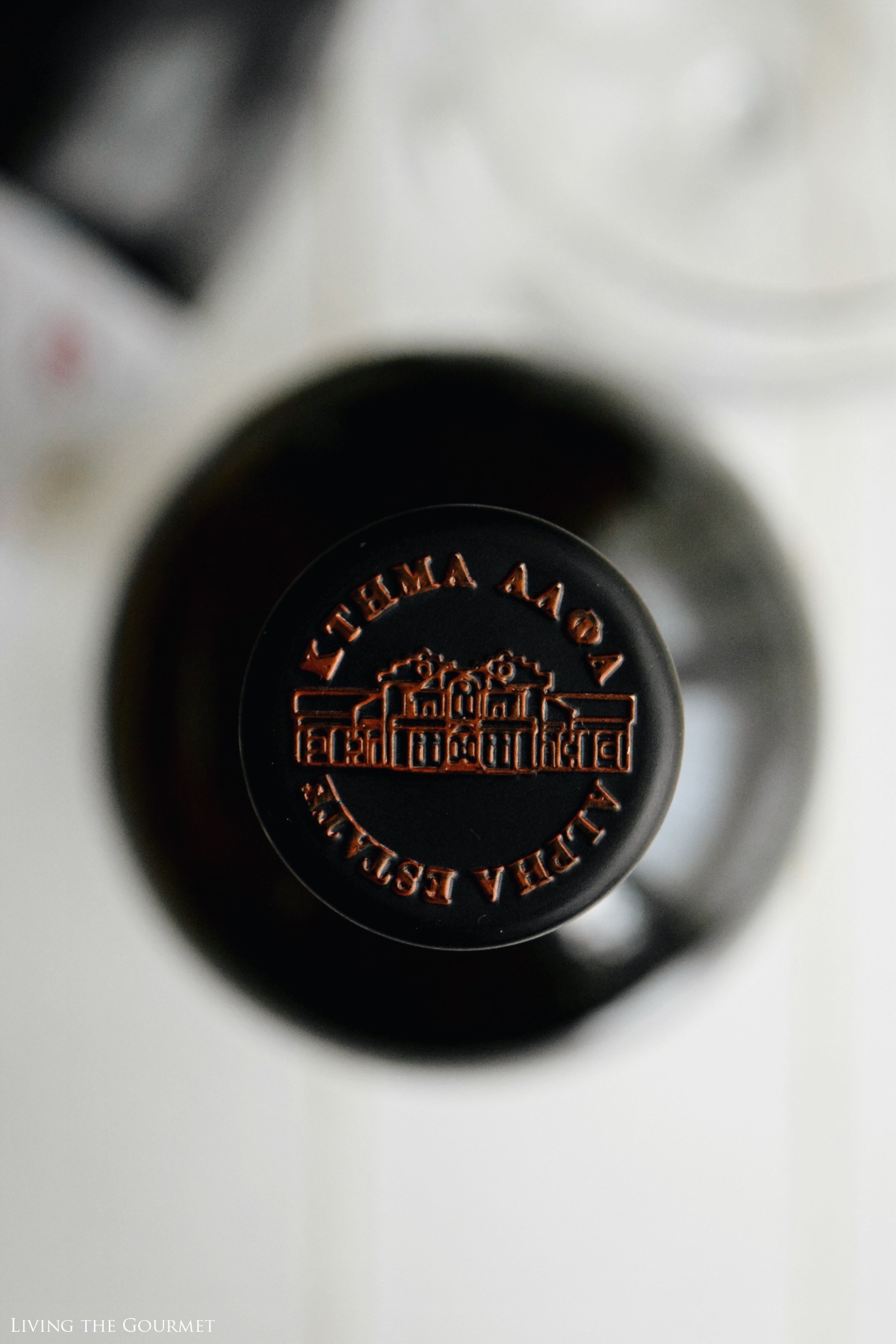 For pairing, this would serve excellently alongside herbed red meat. The classic lamb with red sauce and orzo would be a match made in Elysium.

Overall, I was very pleased with both wines, and would readily suggest them to any of my readers eager to sample Greek wines.