If tradition is a form of certainty, then order is its own security, as the saying goes. In what I do, however, there is precious little of either. Grape varietals, vineyards, regions, and estates both old and new, blink in and out of the limelight in such quantity and with such swiftness that it is almost impossible to keep track. This presents a challenge, but also keeps things fresh and exciting.

Pleasant surprises, however, by their very nature, never grow old or tiresome. For example, earlier this month I returned home from a late afternoon walk to find a box on my front stoop. I recognized the name on the package immediately, “The Royal Wine Corp.” I had reviewed around a dozen or so wines from their catalogue about a year ago, but hadn’t heard from them since then. 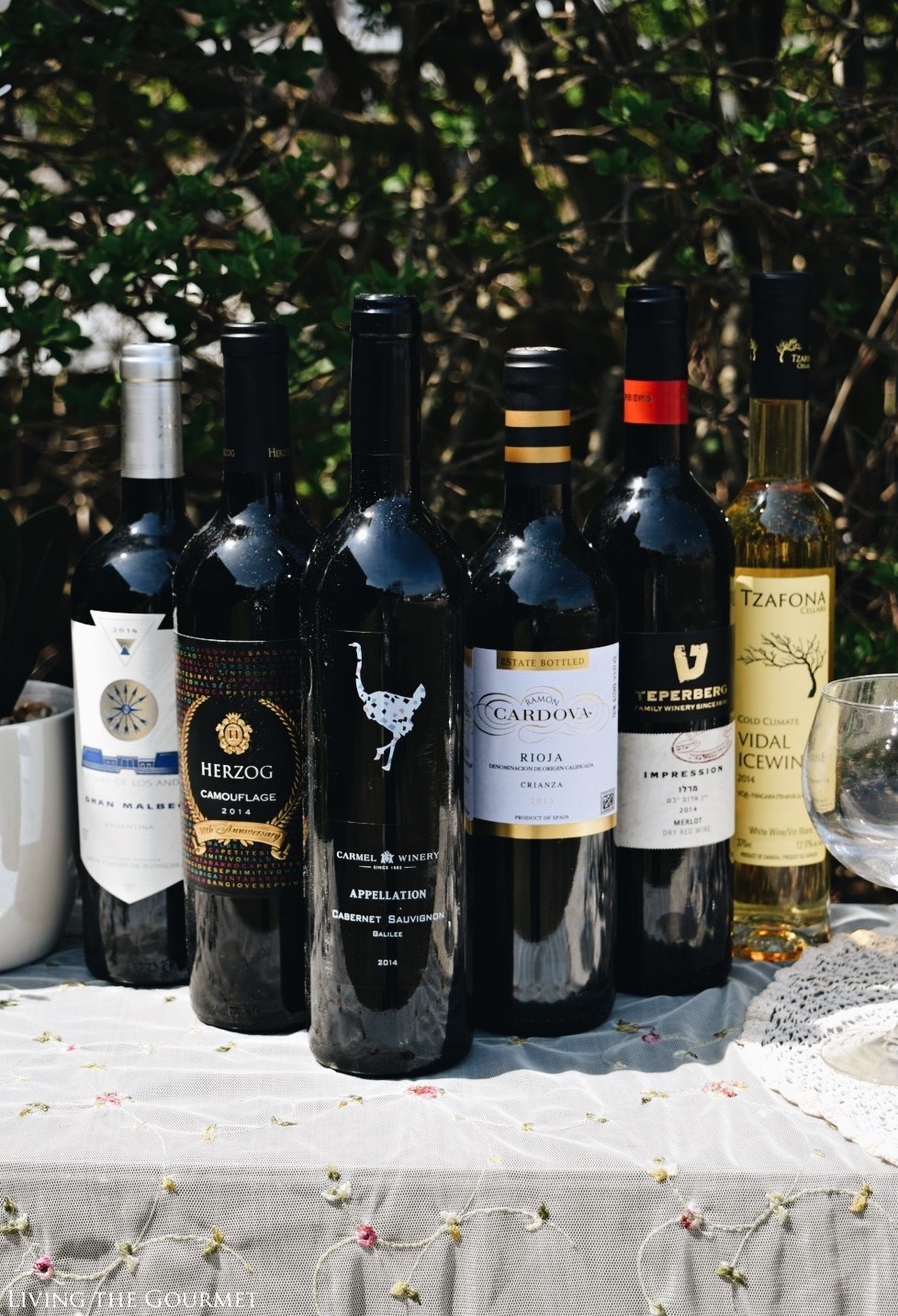 I took the box in, opened it, and found six bottles of this year’s catalogue inside, all just begging for a review. Inside I found a variety that crisscrossed the planet from Judea to Spain, and then across the Atlantic to Canada and Argentina. Naturally, I contacted the Royal Wine Corp., thanking them for the surprise batch, and they were very gracious in their reply.

With that in mind, I made my first selection from the box, a 2014 Gran Malbec from Bodegas Flechas De Los Andes, a winery situated just at the foot of the Andes cordillera in the Mendoza region. On pouring, the wine features a rich, dark color, featuring the hues of the vibrant royal purple typical of Argentine Malbec. Off the top of the glass, the fruity qualities of the wine are instantly evident, featuring ripe blackberry and sliced cherry. Into the middle of the glass, oak or perhaps fresh cigar box perforate through the fruity notes, and predominates into the bottom with just a tinge of spice. On sampling, the wine’s texture is quite syrupy, but largely pleasantly so. Fruit notes are bold, chiefly blackberry and dark summer fruit. Very vague hints of vanilla are laced in the background, with pleasant spice notes making themselves known towards the finish. 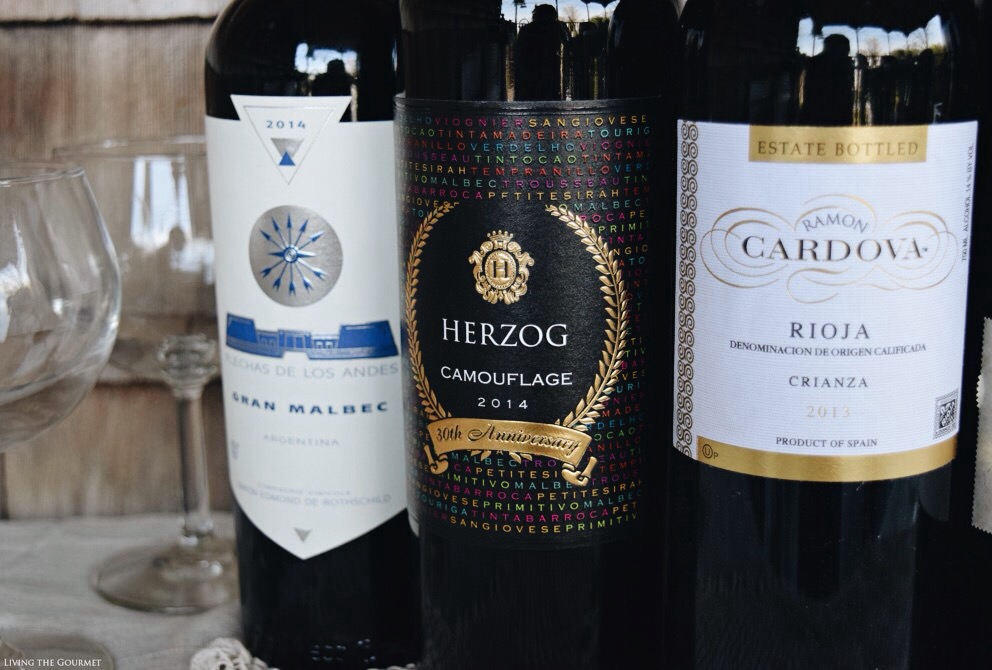 Overall, a very enjoyable wine, for which I would fall back onto standard Malbec pairings. Think curried dishes or barbecued lamb. Flame charred peppers prepared with oil and garlic would also serve nicely.

The next wine I pulled from the box was a 2014 Herzog Camouflage, a red wine blend featuring twelve grape varietals. On pouring, the wine catches sunlight quite nicely, with deep, even red tones throughout. On tilting the glass, the outer portion of the wine features thin purple hues, with rich ruby tinged purple towards the back of the glass. On the nose, the wine features what I’ll have to call a ‘varied’ quality. Dark fruits predominate, perhaps sliced plum or dark berries. Into the middle of the glass, blackberries and citrus become discernable. Towards the bottom, dark fruits predominate. On sampling, the wine boasts a varied complexity. Berry fruits are prominent, with hints of herbal notes and very subtle spice.

A very complex wine, I’m going to suggest serving this is alongside heartier meals, such as roasts, herbed meats, marinated steaks, or pasta with spicy red sauce. I could also see this pairing nicely with shark or tuna steaks prepared with herbs.

The next bottle we received was a 2014 Appellation Cabernet Sauvignon from the Carmel Winery in Galilee. Off the top of the glass, mild spice is immediate, followed by very prominent red fruit essences. The fruit essences dominate through the middle and bottom of the glass. On sampling, the flavors are somewhat more balanced, with the fruity essences becoming somewhat milder in favor of a pleasant acidity and balanced tannic qualities. Hints of oak are discernable, alongside the mild spice that first introduced the wine on the nose. The finish is pleasant and lasting. 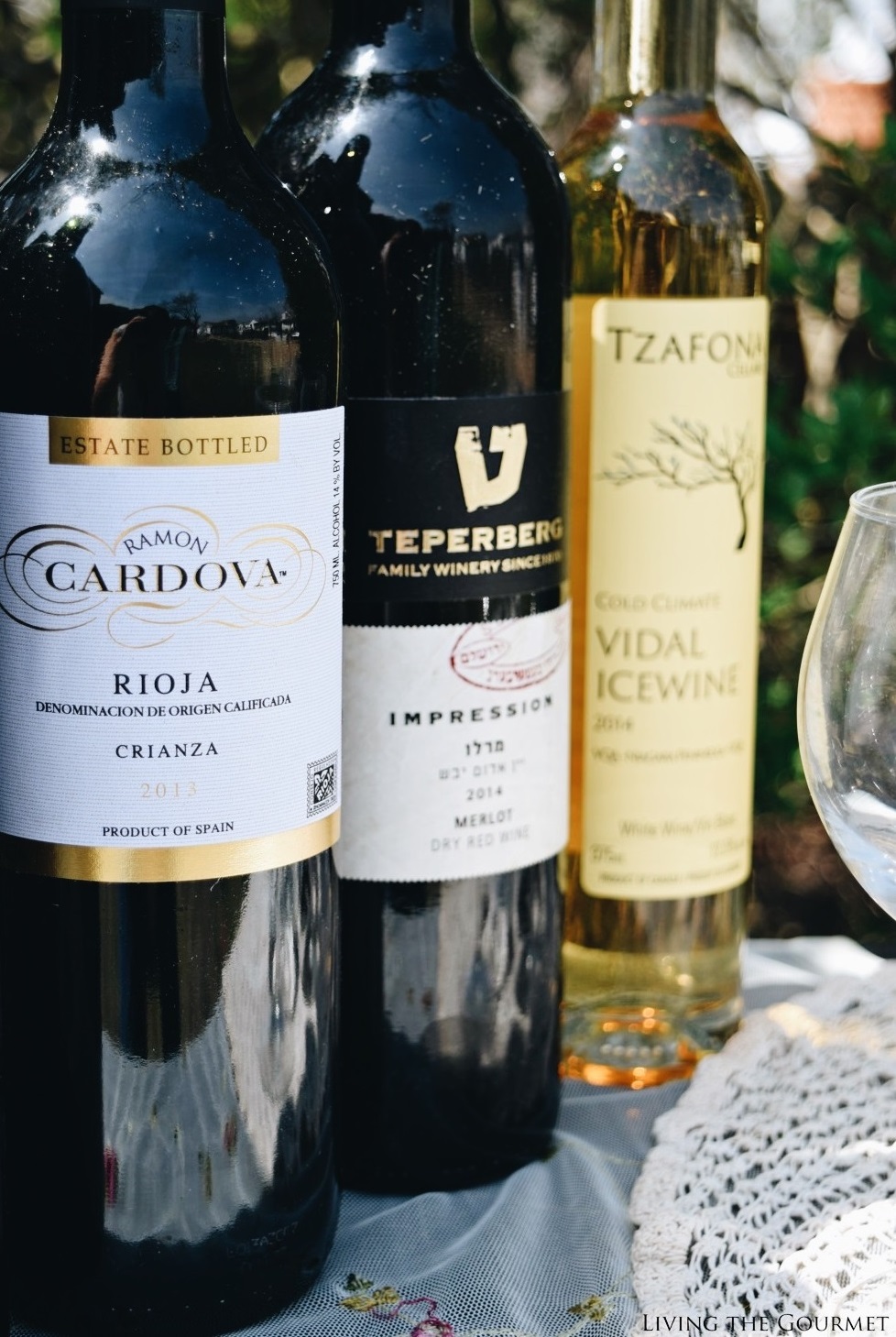 Up next was a 2014 Vidal Icewine from Tzafona Cellars, a winery located on the Niagara peninsula. On pouring, the wine features a rich golden yellow hue, which catches the sunlight quite nicely. On the nose, the wine introduces itself with ripe citrus notes and honey essences. Into the middle of the glass, fruity and floral notes are quite prominent, with peach or honeyed apricot into the bottom. On sampling, the wine is very sweet, as is to be expected of this varietal icewine, but very pleasantly so. Texturally, the wine is quite full bodied, almost oily, and bears peach notes on the palette, with sliced ripe pears, and perhaps vague notes of dried mango. The entire palate is framed against a sweet honey background, and pleasant acidity.

A Ramon Cardova 2013 Rioja was next from the selection. On pouring, the wine features a deep ruby hues, with a bright red shimmer when tilting the glass to catch the light. Very pleasing to the eye overall. On the nose, the wine introduces itself with a complex bouquet of oak and sliced dark cherry. Into the middle of the glass, the oak gives way to hints of black coffee laced with raspberry or perhaps vanilla. This carries into the bottom of the glass with vague herbal notes. On sampling, the bouquet largely carries over, but the introduction of chocolatey essences is both surprising and very enjoyable. Fresh tobacco leaf becomes discernable on second sampling, alongside herbaceous earthen notes, and ripe raspberries. I want to say there are touches of vague minerality, but I can’t quite bring myself to do so. Acidity is mild overall, with light but noticeable tannins, making for a pleasant finish.

Finally, we come to the 2014 Merlot from Teperberg, a family owned winery near Tzora in the Judean hills. The wine introduces itself with red fruit essences, ripe and very distinct off the top of the glass. Strawberries carry into the middle of the glass perforated by blackberry note. The fruit bouquet becomes very pronounced towards the bottom of the glass, almost strikingly so. On the palate, the nose largely carries over, but with a bit more balance towards the berries. Think deep cherries and ripe strawberries, with perhaps just a vague hint of either spice or dry cigar box.

Pairing for this wine is very simple. Medium texture chesses, such as aged asiago would go very nicely. On the creamier end of the spectrum, a Paglierina would also pair nicely. Once again, herbed lamb is a decent pairing. Southern Italian cuisine such as pasta with garlic, oil, and herbs would serve perfectly. 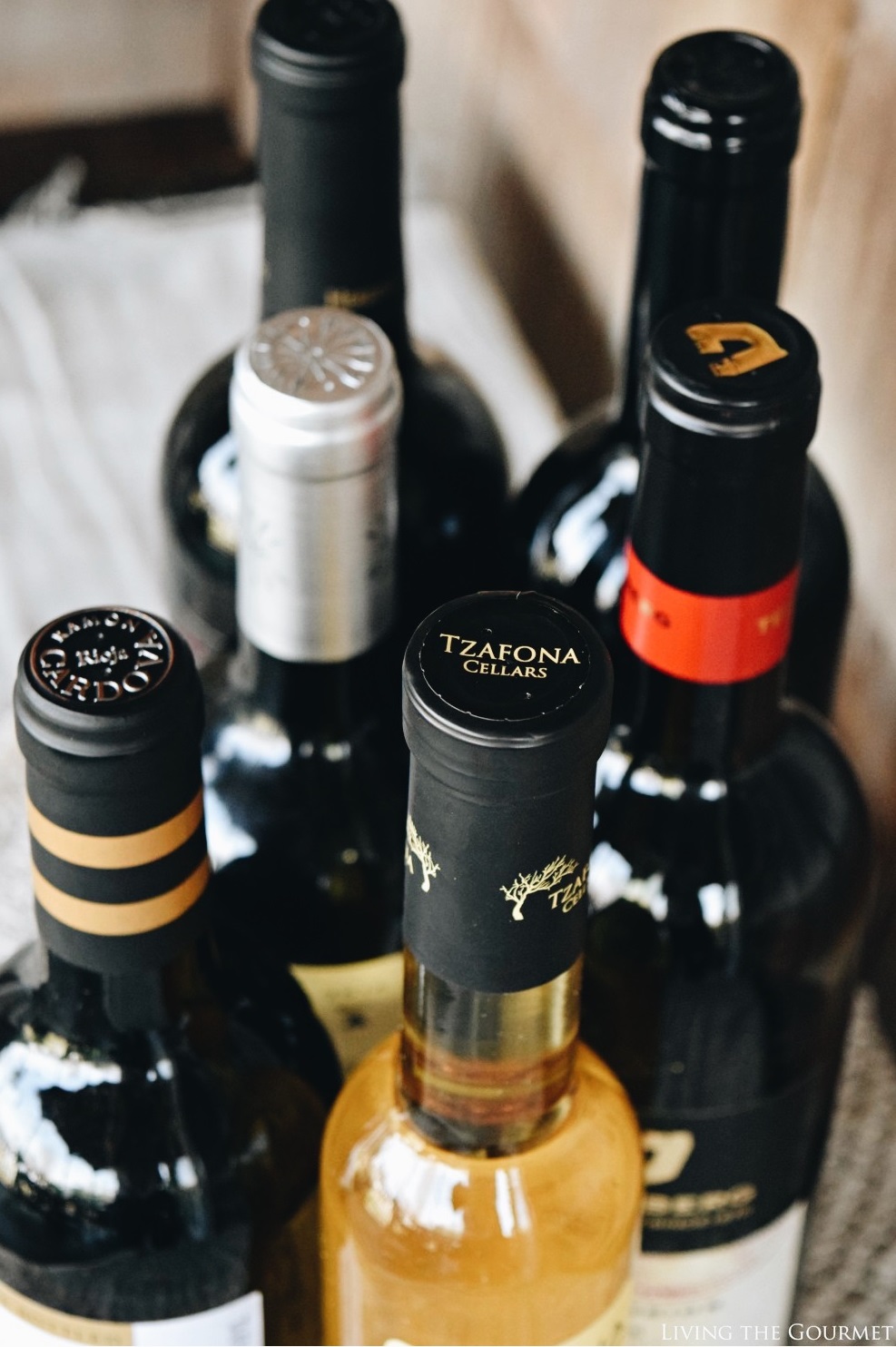 Overall, I was very pleased with selection I received from the Royal Wine Corp., and since these are all kosher wines, they are excellent for the Passover holiday.