Living the Gourmet received La Quintinye Vermouth Royal for review. All opinions expressed are our own. 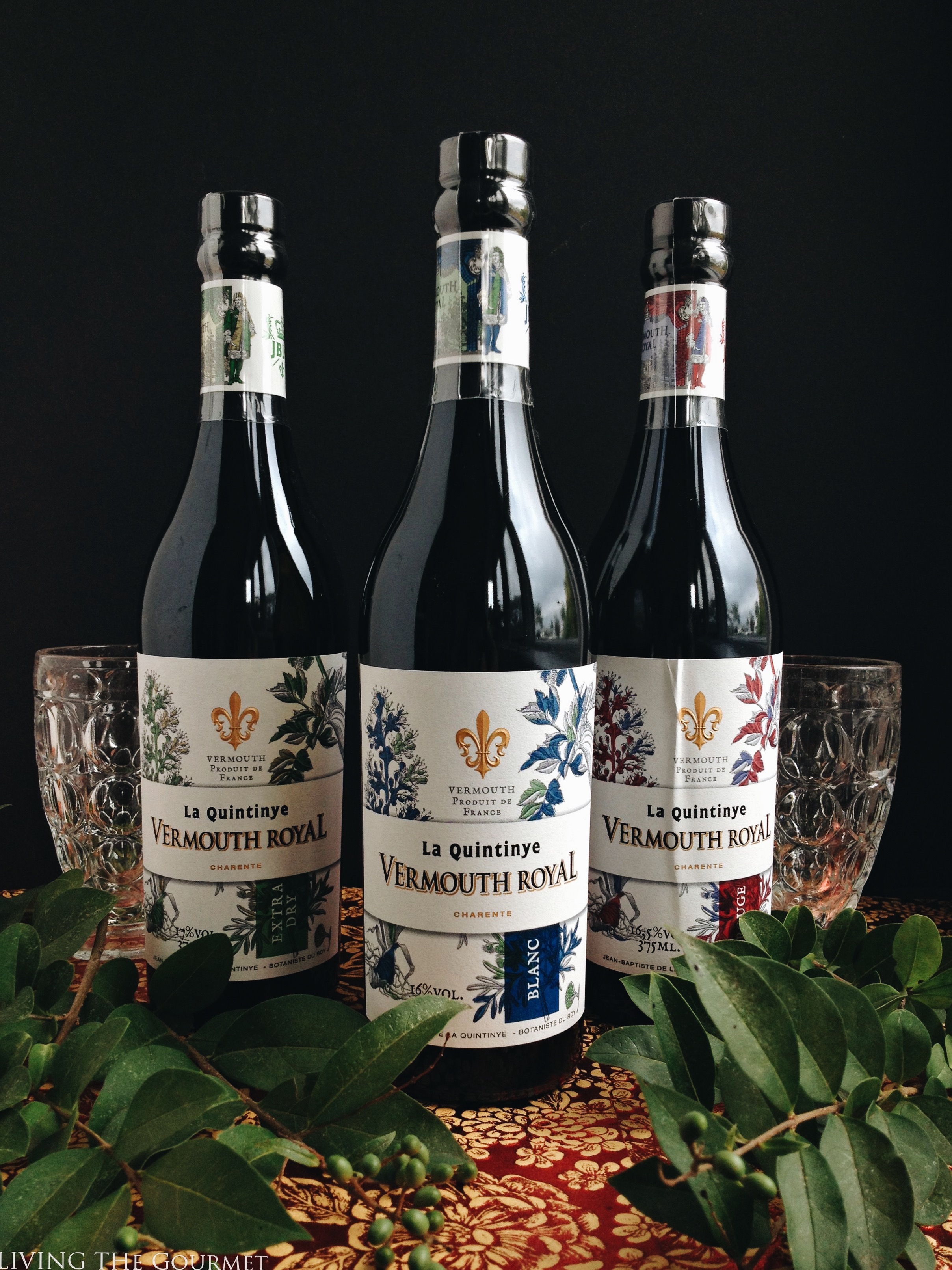 Several weeks ago Living the Gourmet was contacted by the representatives of La Quintinye Vermouth Royal, asking if we would be interested in sampling several of their vermouth varieties. Naturally, we agreed, and received three of their bottles, a Rouge, an Extra Dry, and a Blanc.

Before I begin, if the name on the label sounds familiar there’s a reason, since Jean-Baptiste La Quintinya served as the botanist to King Louis the XIV of France, popularly known as the Sun King. La Quintinya founded and oversaw the Potager du Roi, the “Kitchen Garden of the King” at Versailles, which today is a nine hectare urban garden.

For those who may be unfamiliar, vermouth is a fortified wine whose modern incarnation finds its roots in 18 th century Turin, Italy, and derives its name from the French mispronunciation of the German word for wormwood. Fortified and then enhanced with a variety of botanicals, aromatics, and spices, vermouth is among the most quintessential of cocktail bases, providing the key ingredient in such drinks as the martini, the Manhattan, and the Negroni among a variety of others. When consumed on its own, vermouth is typically an aperitif.

Etymology and labeling aside, how does the Vermouth Royal of La Quintinya hold up under review? In order to properly judge the product on its own merits, I will be sampling and reviewing the three bottles ‘neat,’ that is, on their own at room temperature. 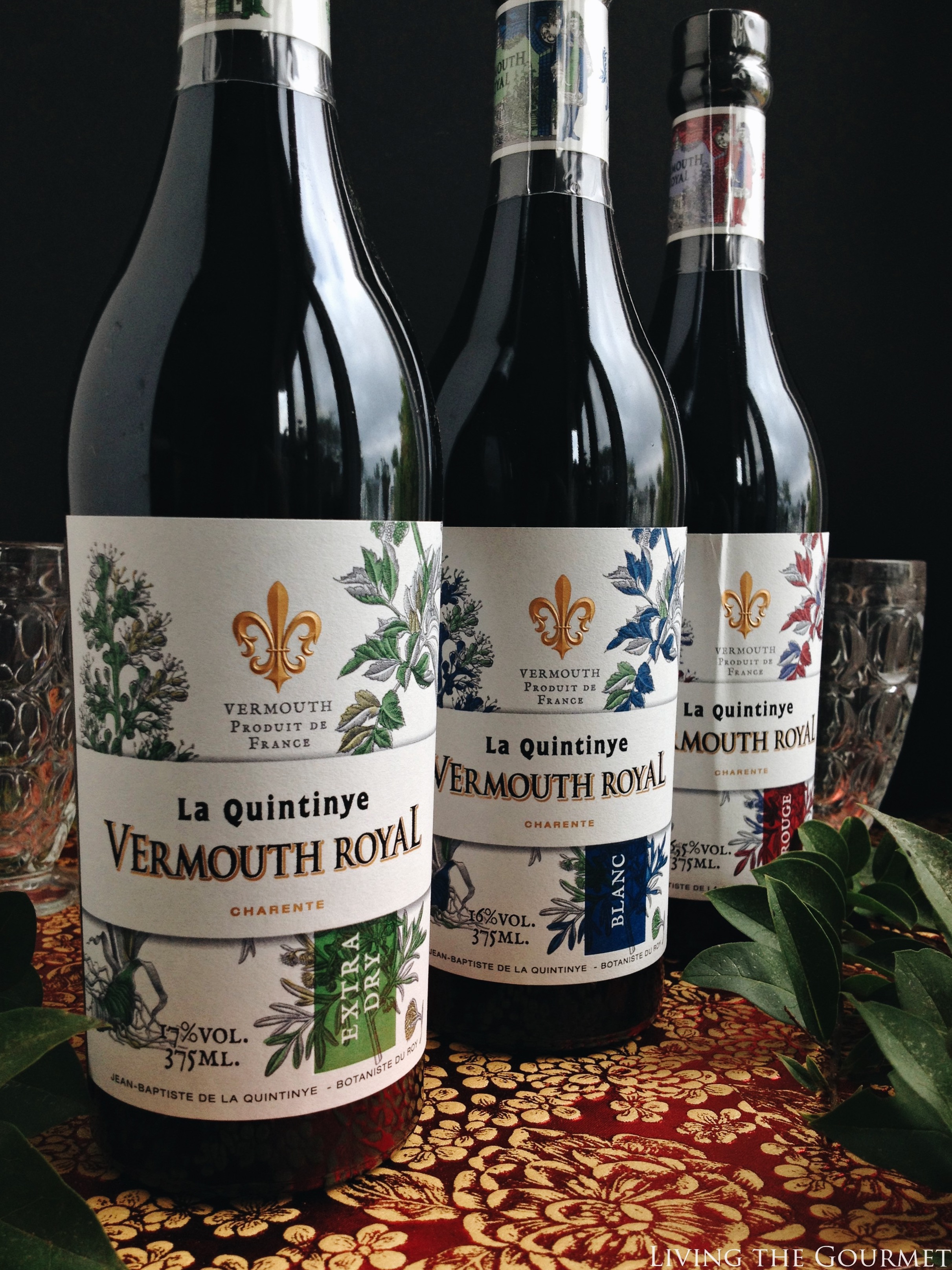 All things red being first, the bouquet of the Vermouth Royal Rouge greets with an immediate sweetness, but these initial notes are almost immediately overtaken by sharp bitter tones, chiefly wormwood followed by sage and antique wood elements. Spicy notes perforate through the bitterness, most prominently pepper and dry spices, though these are very vague, appearing and disappearing throughout the otherwise bitter bouquet. Despite its more subtle elements, I’ll say that the nose here is actually quite complex, and I rather enjoyed the vagaries of the spice notes, and the initial greeting of the sweetness.

On sampling, the Rouge’s bouquet carries over almost entirely, greeting with a very complex rush of sweetness that at once fills the mouth. Vague bitterness lingers just beneath the initial layer of sweet, with leathery elements giving way to distinct herbal qualities and hints of spice. I will also note vague hints of what I believe were red and black berries towards the end. True to form, the finish was lasting, leaving subtle warmth and spice on the palette, with hints of sweet and spiced wood in the mouth.

As for the Vermouth Royal Extra Dry, it greets with an instantly herbal nose especially at the top of the glass. The herbal notes are rustic, and laced amidst hints of spice. This bouquet carries throughout, except for very subtle hints of dry floral notes towards the bottom.

On sampling, the bouquet largely carries over, with sharp floral essence punctuating a largely bitter veil. Hints of toasted bread, dry pepper, and subtle hints of either ripe fruit or lavender underpin the initial herbal bitterness, creating a subtle complexity. Wormwood is distinct on the finish, which is quite lasting, heated, and rich with spice.

As for the Blanc, the vermouth introduces itself with an acidic bouquet with hints of over-ripe citrus elements alongside earthy herbal tones. Rosemary and perhaps hints of antique wood perforate into the middle of the glass through the initial herbs. This was an instantly pleasant nose without being overly delicate. 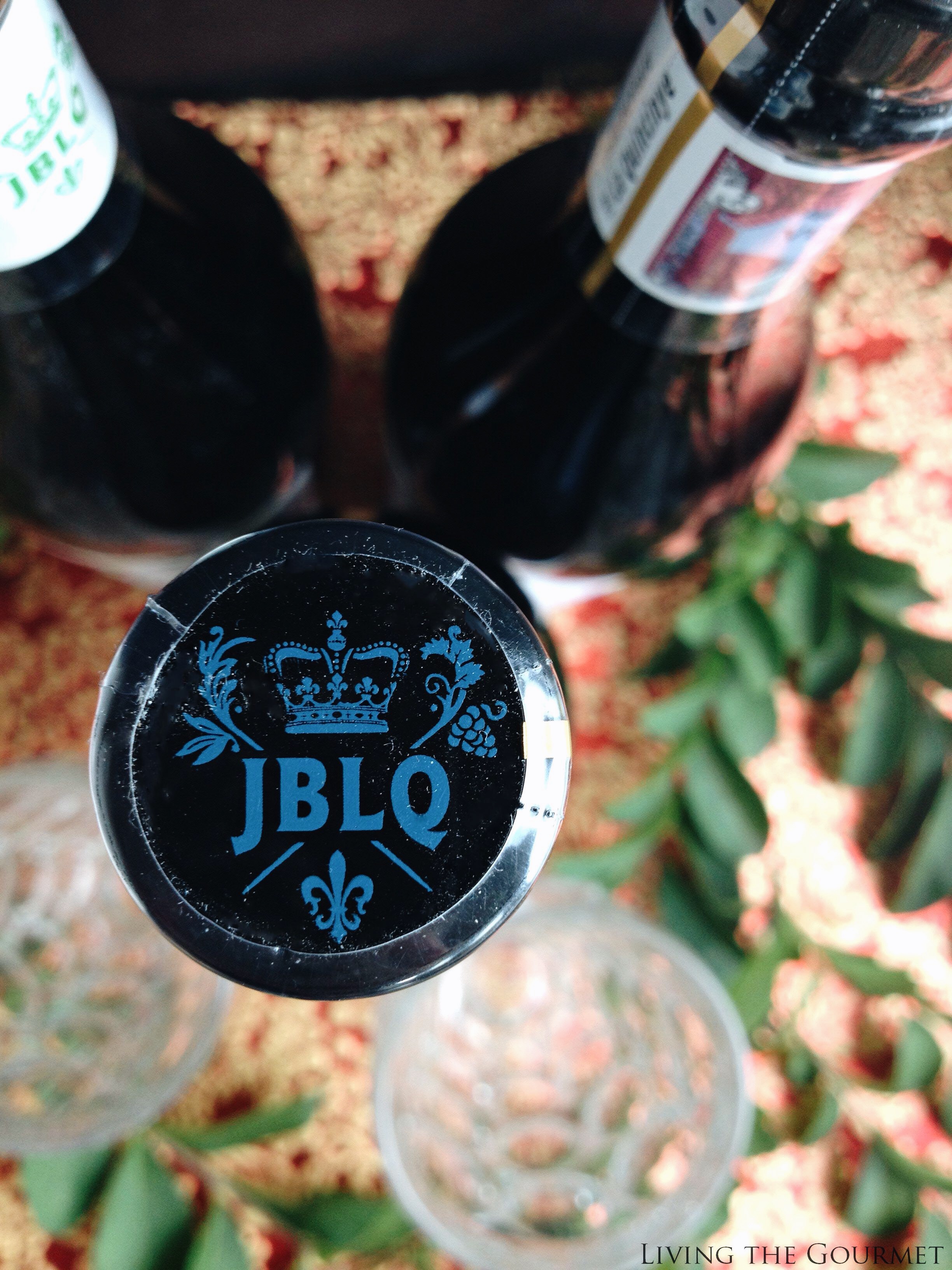 On sampling, I found the vermouth to be both instantly sweet and herbaceous. These qualities eased into a more familiar wormwood offering, punctuated by hints of either bitter dark fruit or possibly fresh tobacco leaf. The finish was lasting, and coated the entire mouth with herbal bitterness.

All told, I can easily recommend La Quintinya Vermouth Royal to our readers, whether for cocktails or as an aperitif.