As my birthday approaches, I could not think of a more comforting meal than this crostini to bid farewell to a year that has been very good to me. Though this meal is rustic, it has an elegant and sophisticated profile, which is befitting for a birthday, don’t you agree?

Happy Birthday to Me!! 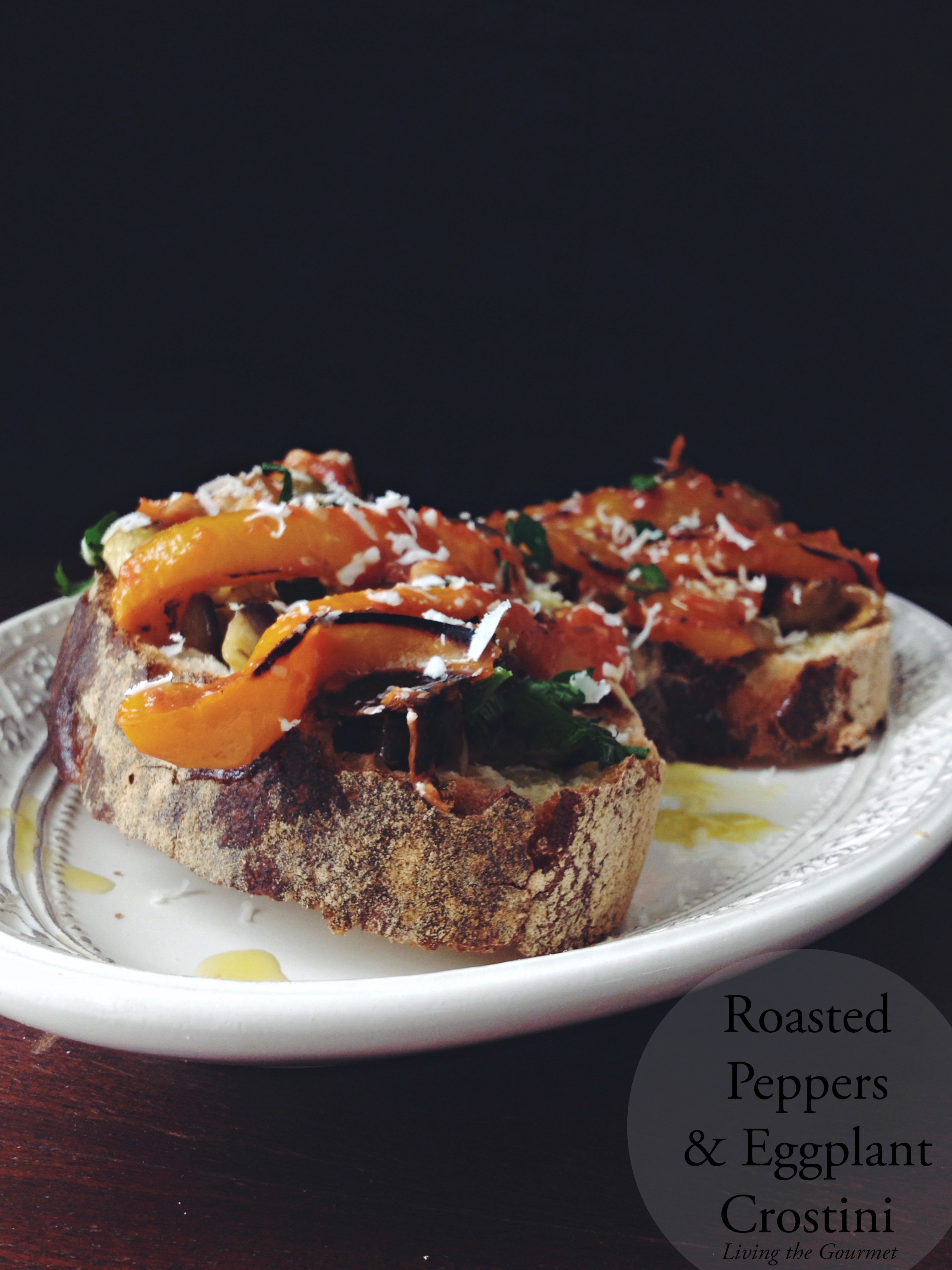 As the late Leonard Nimoy said, or rather tweeted, “Life is like a garden, perfect moments can be had, but not preserved.” It is those few and scattered perfect moments that make life worthwhile, but not just our defining moments, or our grand triumphs, but rather our ‘simple’ pleasures that see us through our hardships.

While shopping at my local supermarket, it’s safe to say I was not expecting to find one of these precious moments. In fact, I almost put the key ingredient to that moment back on the shelf. What am I talking about? On-clearance yellow bell peppers, of course.

The peppers came packed by the dozen, and naturally I ended up with roughly a dozen of them, and no concrete idea for how I would be using them – all I knew was that I simply couldn’t pass up such fine specimens. As I roamed the supermarket, picking up the rest of my items, with space becoming an ever rarer commodity in my crowded cart, I began to doubt the wisdom in the peppers I had selected. After all, they were clearance produce, and would need to be used promptly lest I risk spoiling them.

Then I passed the bakery section, and the aroma of fresh bread entranced my senses. I stopped, and watched as one of the bakers lined the shelves with freshly packed loaves of ciabatta bread. Perfection. The equation from that moment on simply couldn’t have been easier. I now knew precisely how I was going to use the peppers – in a caponata. 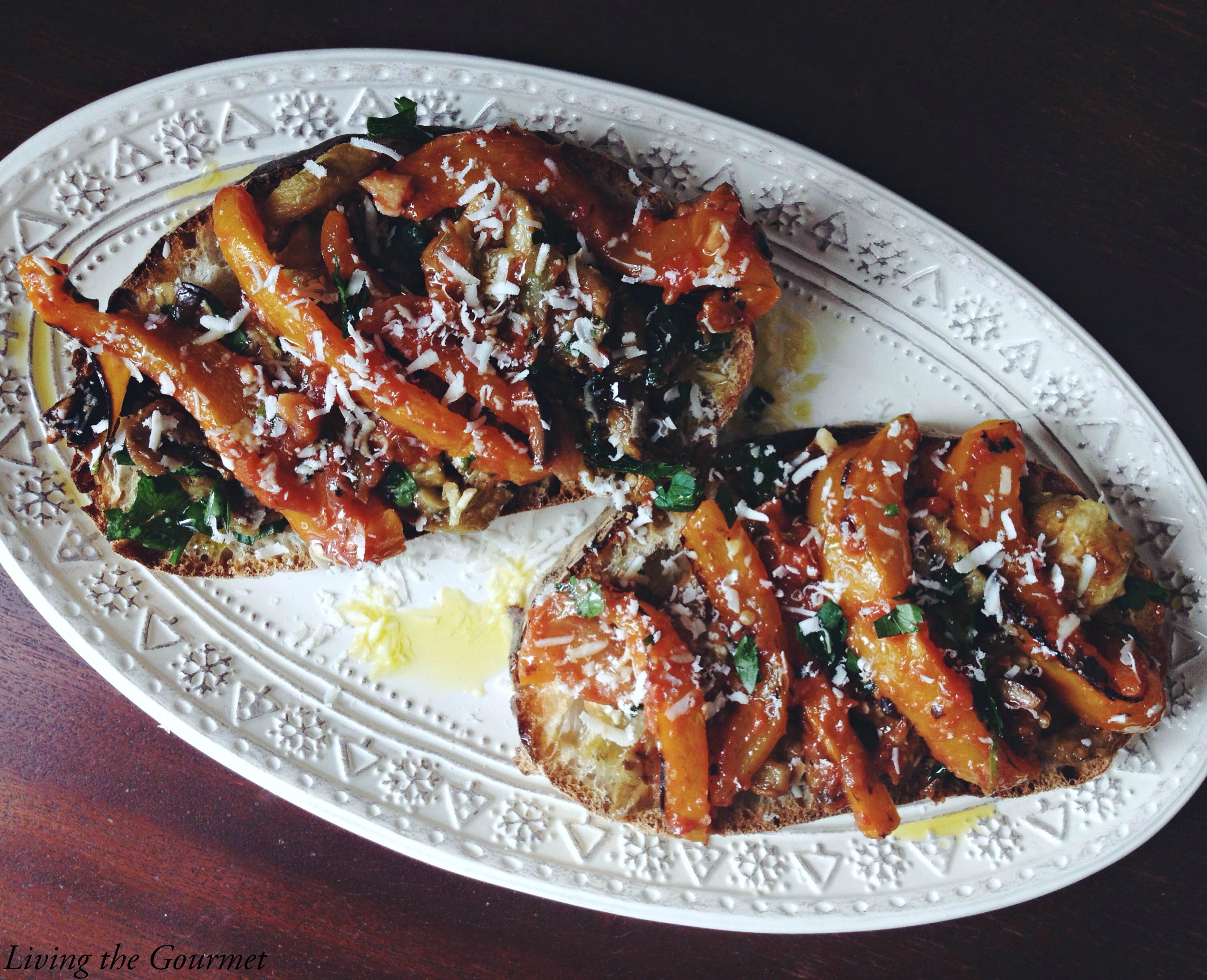 Now, a traditional caponata is best described as something of a thick eggplant sauce, and typically served as a side dish to fish. However, I decided to do things a little bit differently, and prepared the sauce and eggplant separately. This would allow the peppers to play the star of the sauce, while also allowing me to dress up the eggplant into something truly special.

The peppers I prepared in a thick, almost salsa-like red sauce with garlic, red onion, and olives, and added in a jalapeno for just a hint of heat. The eggplant, meanwhile, marinated in a mix of lemon, oregano, and capers. Once the two halves of my caponata were prepared, I assembled them over generous slices of warmed ciabatta bread, and topped them with copious amounts of grating cheese and olive oil.

Serving the crostinis beside my bay-window overlooking our snow covered yard and iced canal, it was simply ‘perfection.’ Looking back, the only thing that could have possibly made the moment better was to have properly paired the caponata with a sturdy red wine. Live and learn, I suppose. 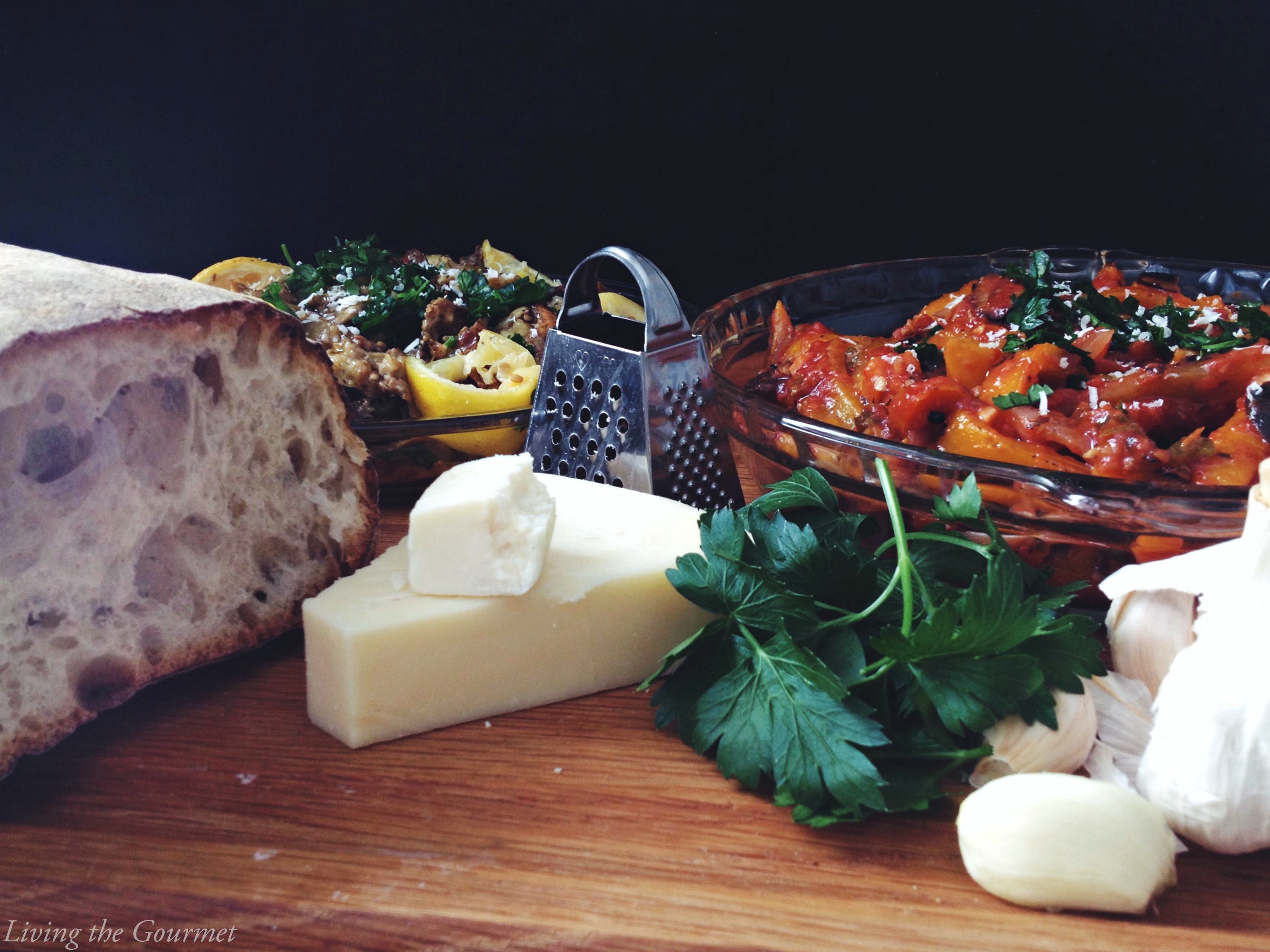 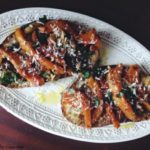 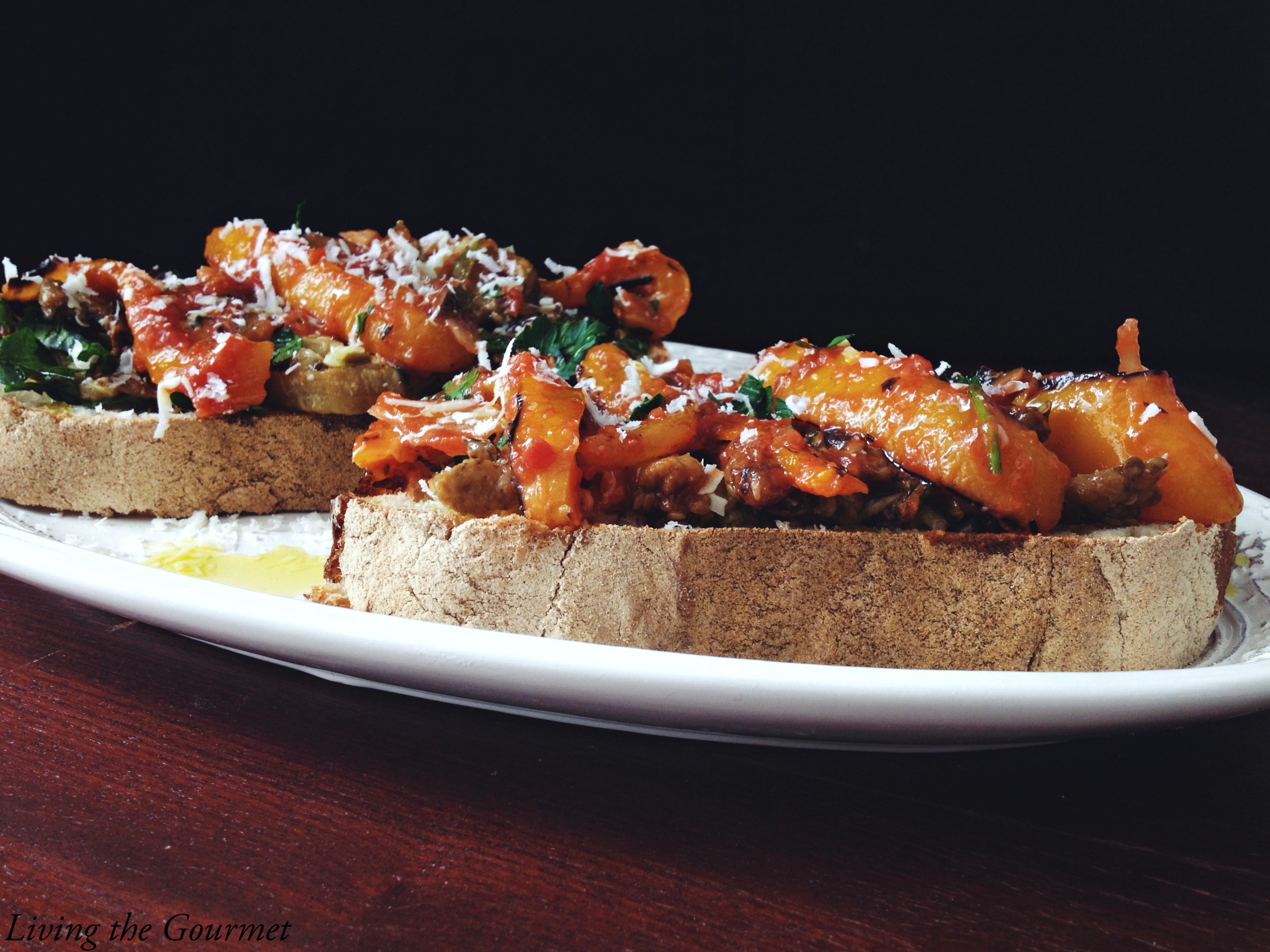 Linking up to these parties