This shop has been compensated by Collective Bias, Inc. and its advertiser. All opinions are mine alone. #SummerItUpWithHatfield #SimplyHatfield #CollectiveBias

Marinated Pork Tenderloin is stuffed with mozzarella, fresh baby spinach, caramelized onions, and sun-dried tomatoes then grilled to perfection for an easy summertime meal the whole family will enjoy! 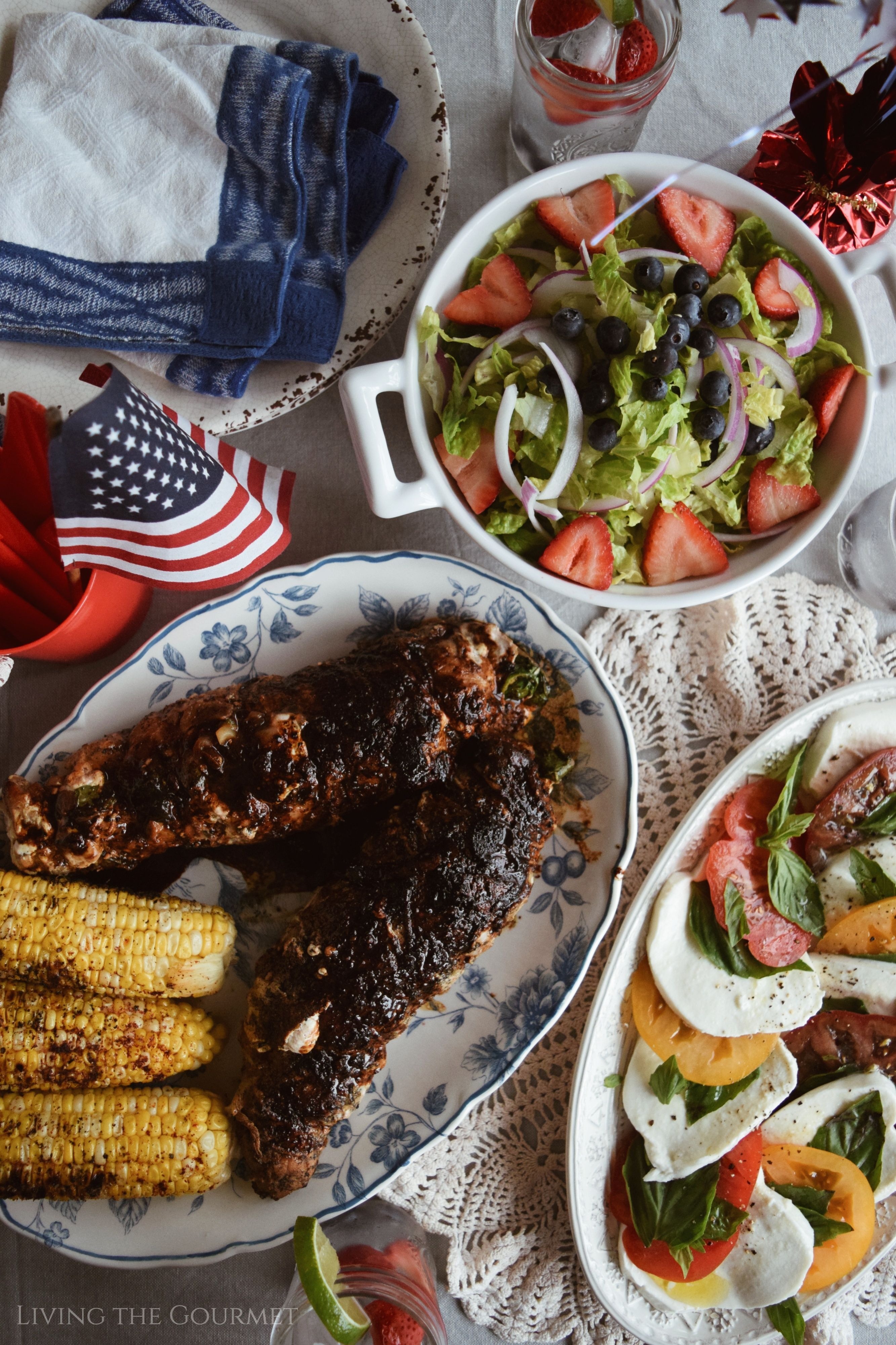 Fireworks, backyard barbecue, and loud music, are likely what come to mind when you think of ‘The 4th of July.’

For myself, it’s a mix of the above. In particular, I’m taken back to what used to be a 4th of July family tradition – one that I’ve written about here before. Picture a weather-worn barge well past its prime overlooking a glassy bay and a ‘field’ of shallows broken up by dunes capped in sea reeds and tall grass. Even then, it was a vestige of a Long Island lifestyle that had long fallen out of fashion, but that had quietly resisted repeating waves of development and urbanization. From that vantage, I would watch the Jones Beach fireworks display against a background of blasting music, and alternating aromas of grilling meat, firework gunpowder, and boat fuel. Dinners for these occasions were invariably some kind of grilled meat – be it thoroughly sauced pork ribs, hardy burgers, sausages in thick red sauce, or even some combination thereof. 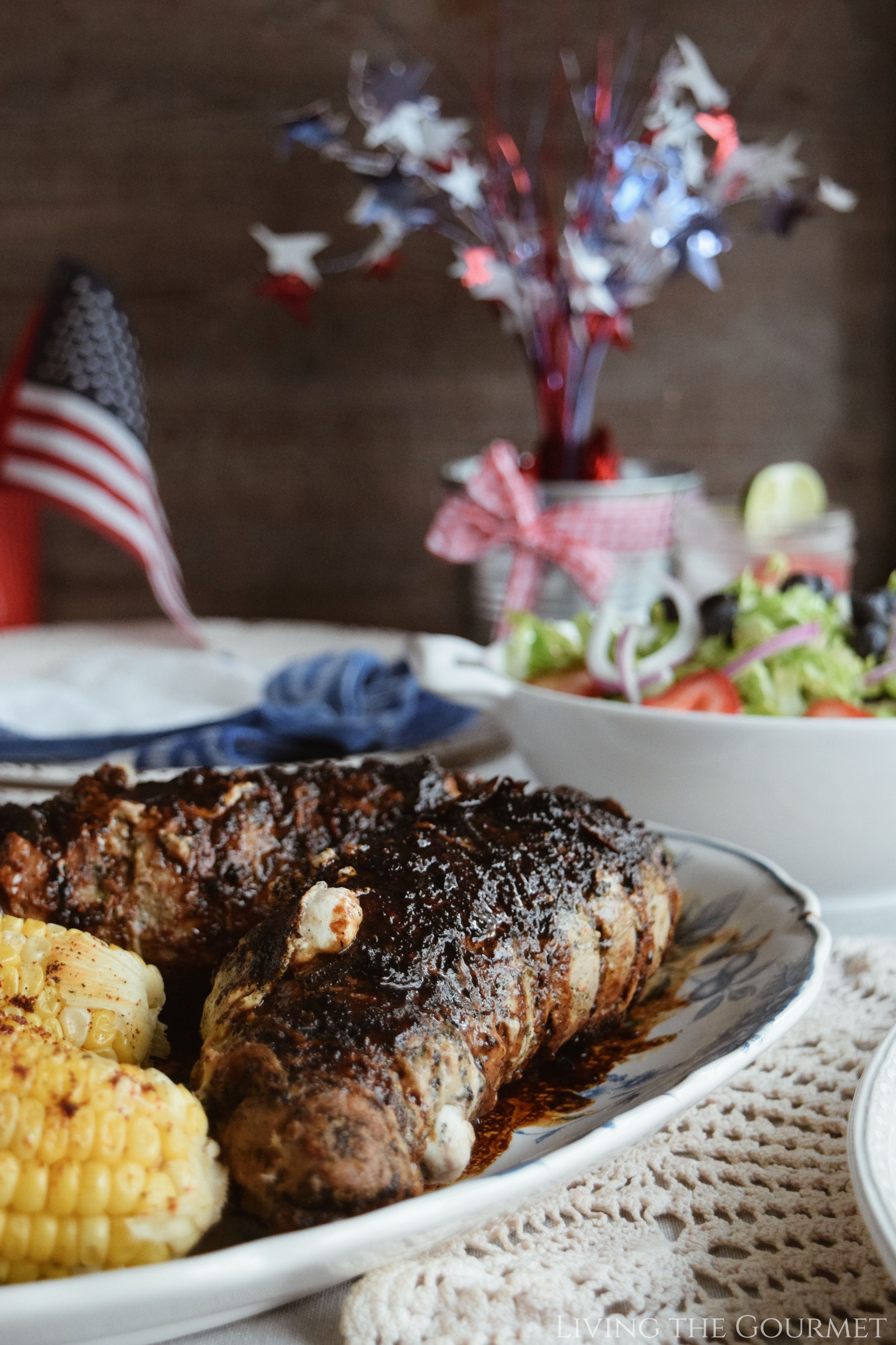 Now, while my 4th of July experiences are a fair bit more ‘conventional’ these days, I nevertheless try to keep them just as delicious. However, I don’t want to be stuck preparing all day, instead, I want time to enjoy the holiday, and to create new memories.

For example, one of the items I’ll be preparing this 4th of July is a Stuffed Pork Tenderloin. For today’s recipe, we’re using a Hatfield® Marinated Pork Tenderloin, since not only do they use ethically sourced and raised meat, but because of the sublime ease of use, and the reliable quality and taste. You can find Hatfield® products at your local Stop & Shop in the meat department. 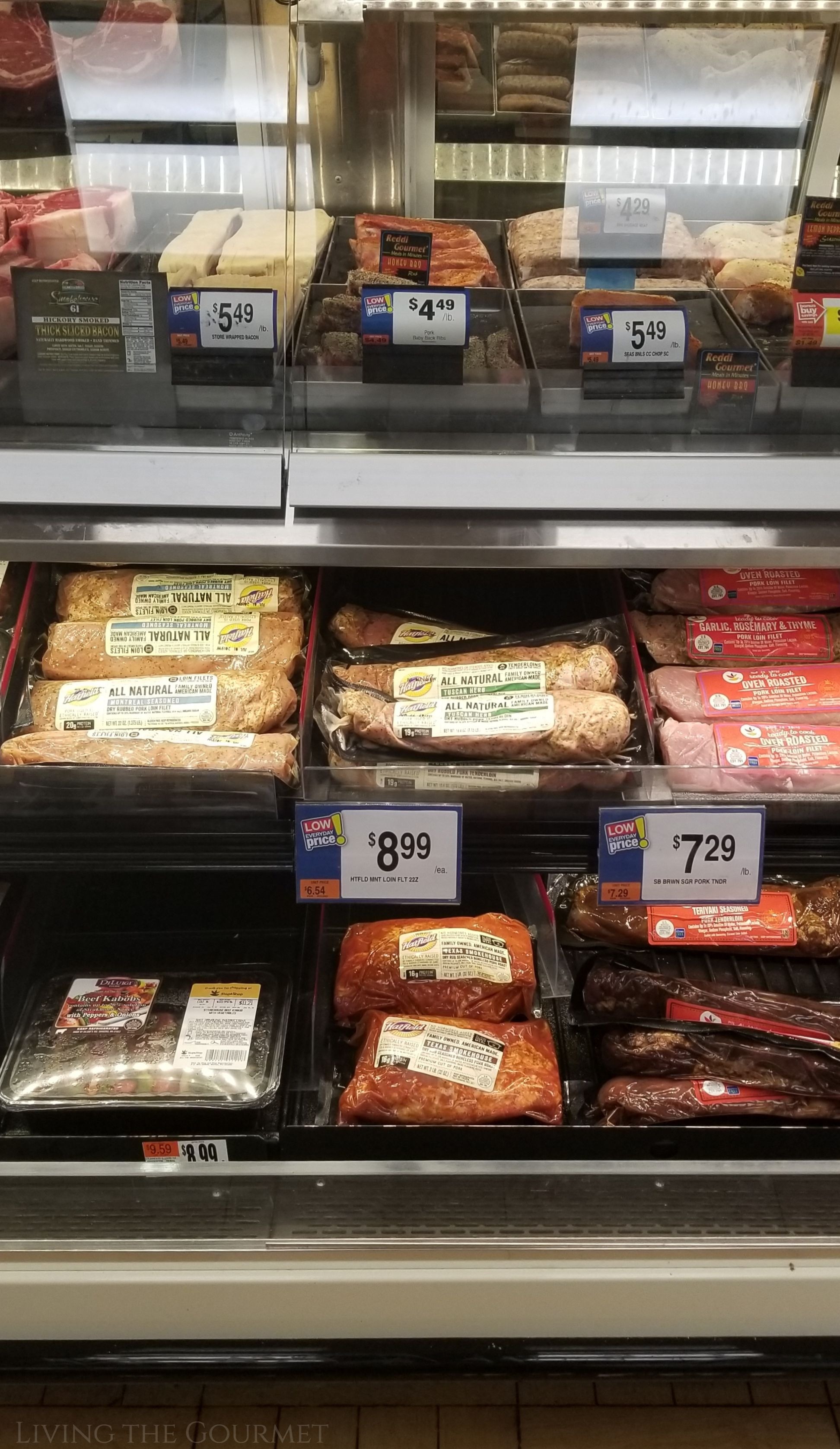 To start things off, we begin by heating a small cast iron frying pan, dry, and then slicing an onion into the pan. We then sprinkle the onion with a bit of sugar, salt, ground pepper, and sweet paprika. Once the onion is soft, drizzle with olive oil, toss, and remove from the heat and set aside.

With the Hatfield® Marinated Pork Tenderloin opened flat on the cutting board, layer each side with spinach, mozzarella, sun dried tomatoes, and the grilled sweet onion from earlier.

Now, the resulting stuffed tenderloin can be barbecued, as I was planning to do, but due to rain, I had to bring this inside, and grill it stovetop in a cast iron pan – which works just fine.

If we were to barbecue this, we would be grilling it over indirect heat for about twenty to twenty-five minutes, turning three to four times, or until the meat had reached an internal temperature of 145 Degrees Fahrenheit.

Grilling stovetop, predictably, the process doesn’t change all that much. To start, we coat the bottom of a cast iron pan with olive oil, and set that over medium-high heat, and once the pan has heated, we set the tenderloin in the pan, and let it grill for about twenty to twenty-five minutes, turning no more than three times during the cooking process. Again, we’re looking for an internal temperature of 145 Degrees Fahrenheit.

Once done, allow the tenderloin to rest for about five minutes before removing the butcher’s twin, and then slice it into one-inch rounds. 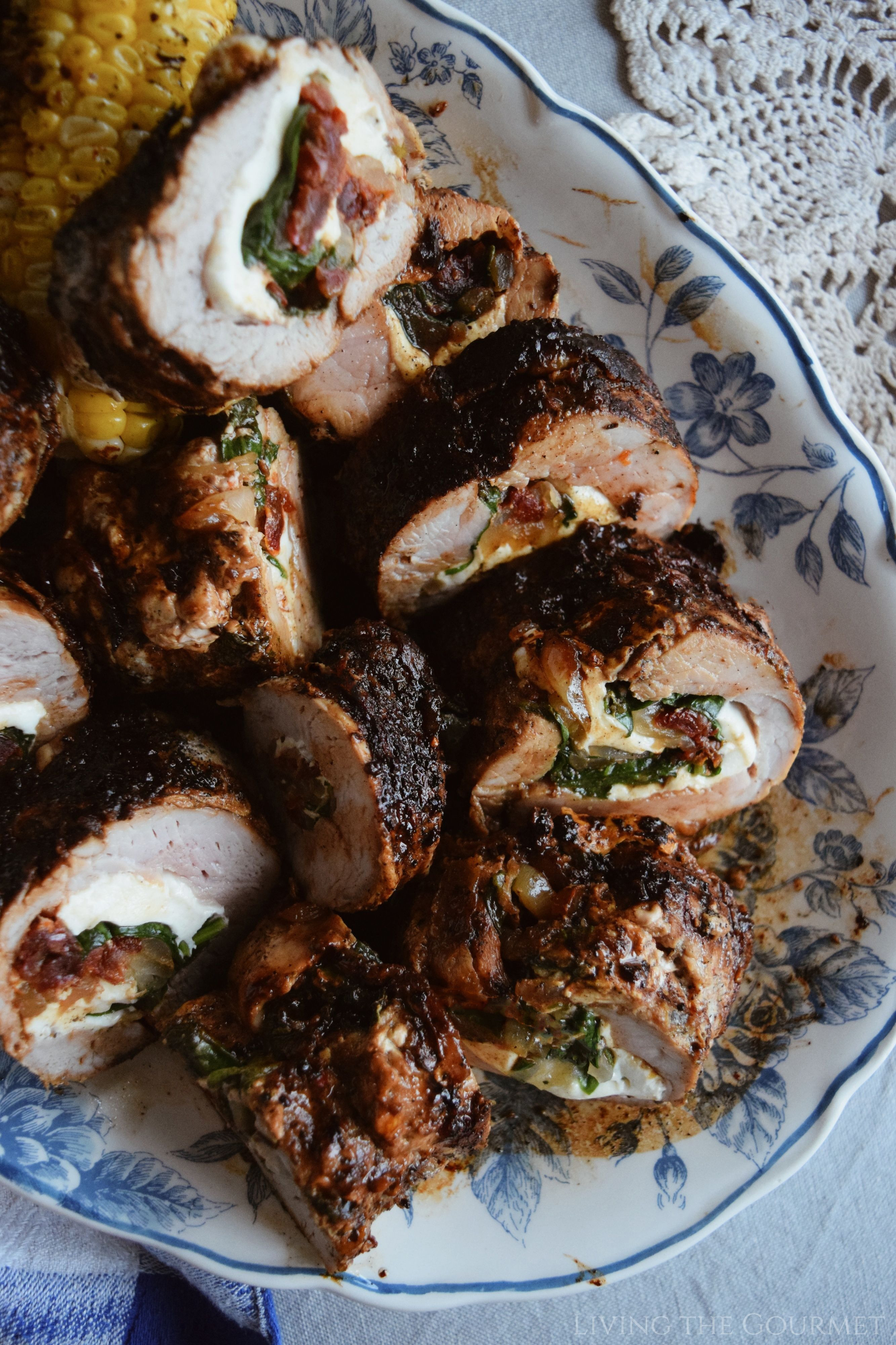 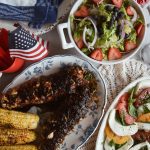 For the Caprese Salad:

For the Caprese Salad: 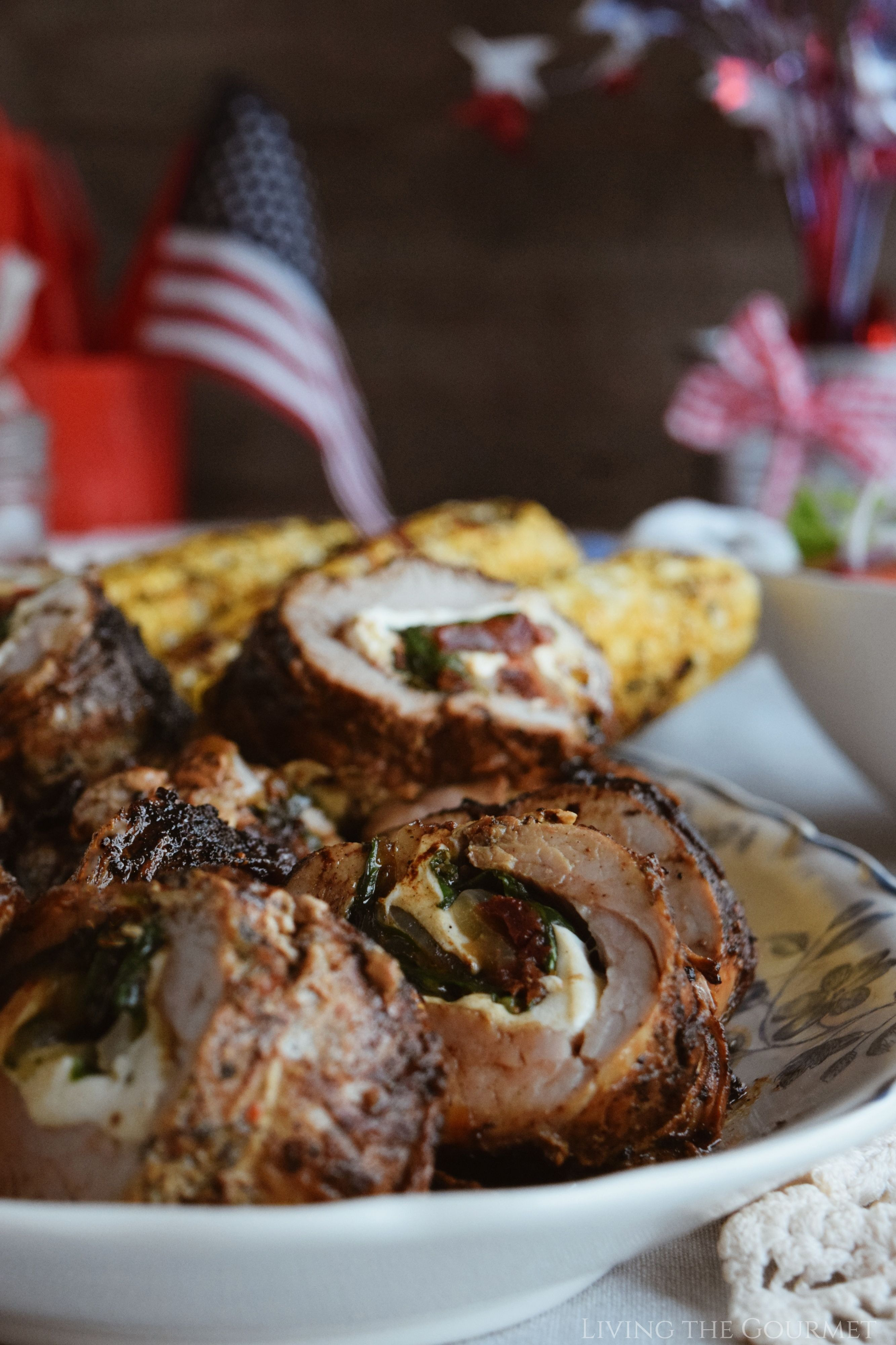 And just like that, you’ve got a delicious 4th of July meal that the entire family will love and remember.

To complement the summer weather, I decided to serve today’s tenderloin alongside a Caprese Salad, which I prepared with heirloom tomatoes, fresh mozzarella and basil leaves, and seasoned that with freshly ground sea salt and black pepper. 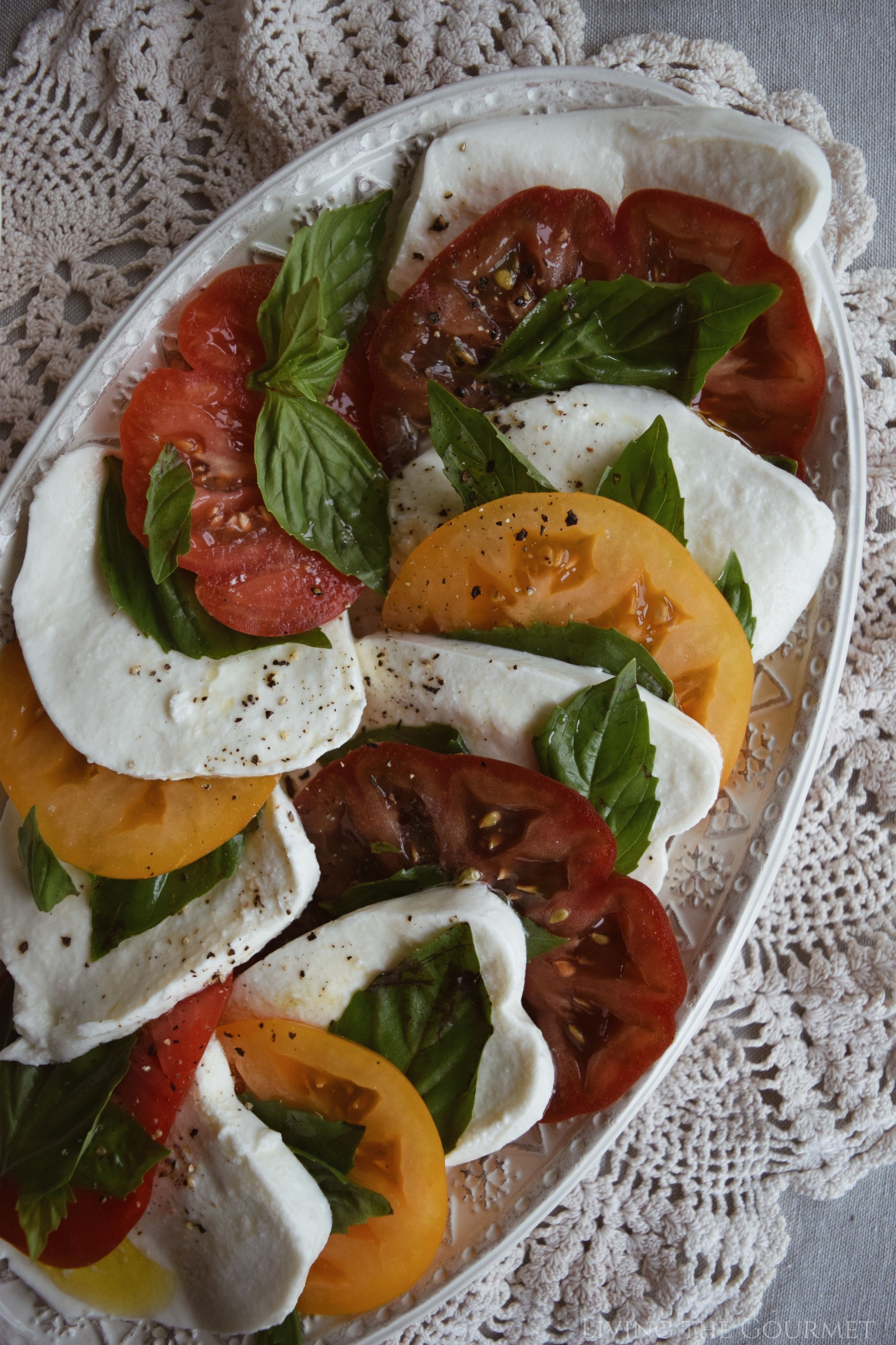 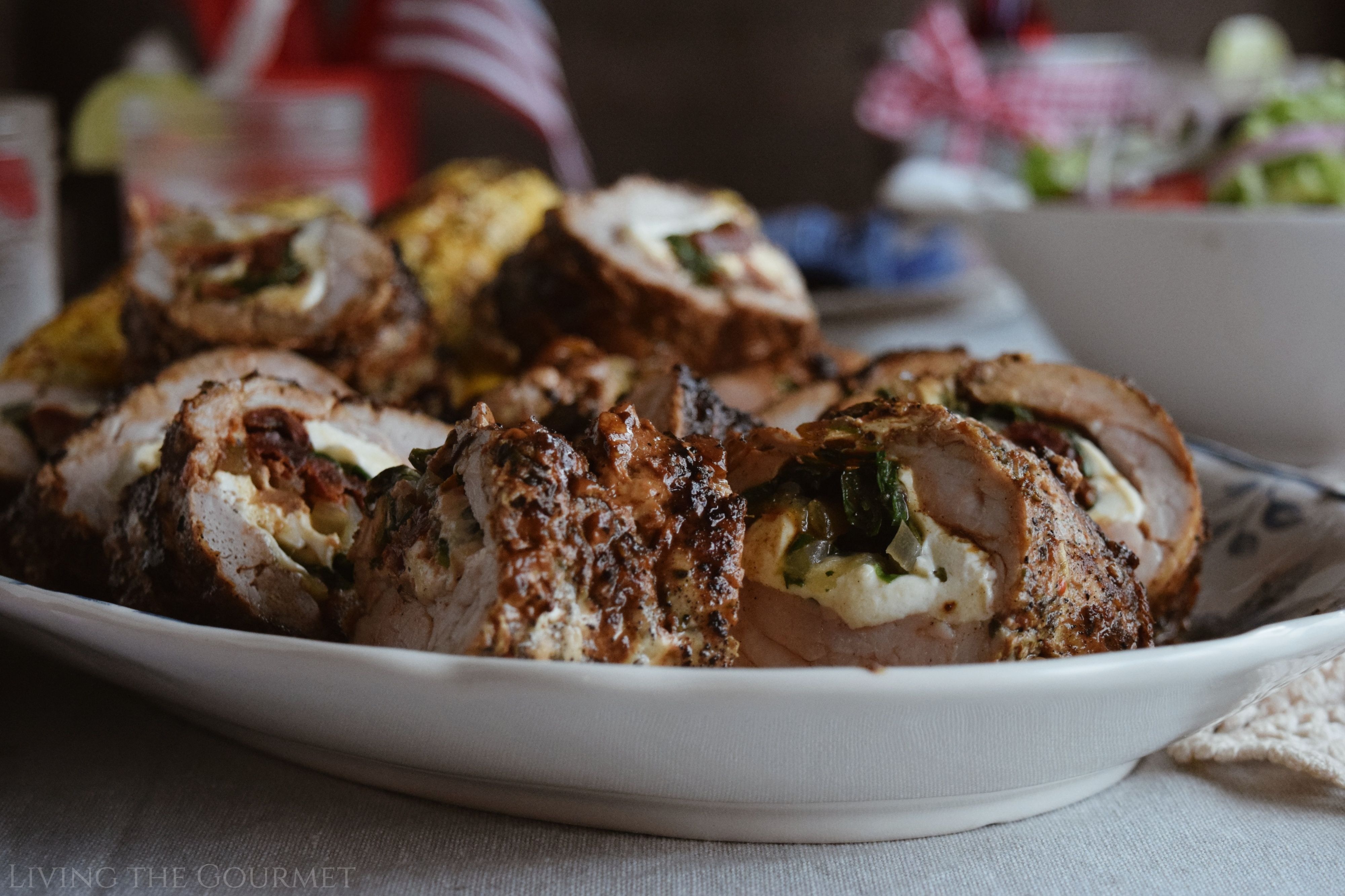 Simple, elegant, and delicious, the perfect combination for any summer get-together.