Today we are pleased to welcome acclaimed composer, Anne Kathrin Dern, who was a recent nominee for the Breakthrough Composer award at this year’s International Film Music Critics Association Awards. We are excited to talk about our common love for cooking as well as the future of music! 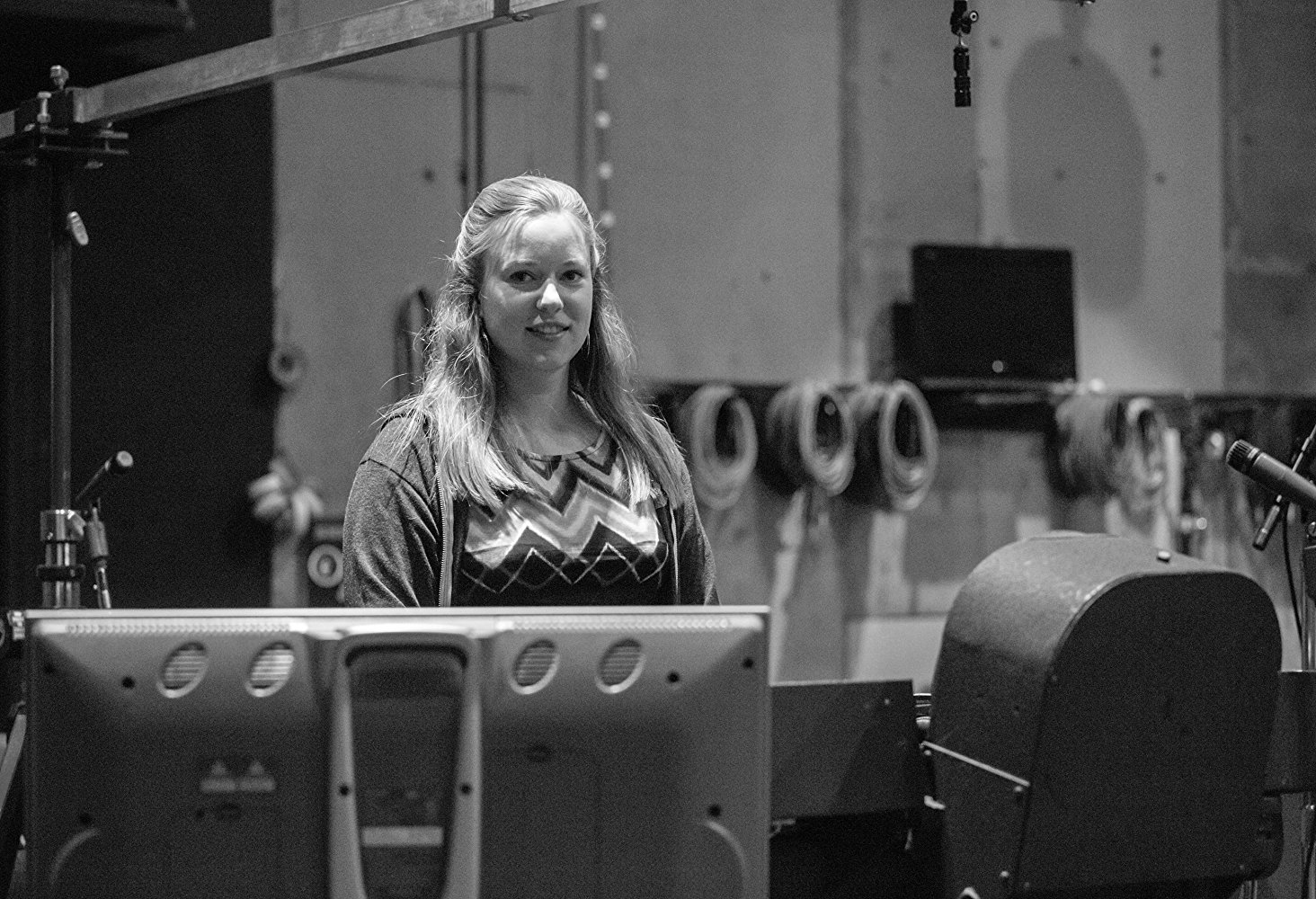 CATHERINE: Hello, Anne! Thank you for visiting Living the Gourmet today. It is a pleasure to speak with you. I’m mostly food, wine and celebrity interviews and what goes better with all of that than music?!

ANNE: Thank you for having me. And yes, I know…I sure know. Since my hobby became my profession, I needed to find a new hobby which happened to be cooking!

CATHERINE: Oh how wonderful! When I was younger, I played the piano and you can never go wrong with good music and good food!

Now let me introduce you to my audience. I am speaking with Ann Kathrin Elizabeth Dern, a composure for television, films, and video games. You have run the gamut and you’re still very young, so you have a great career ahead of you! You’re originally from Germany but now you are here in Los Angeles which is wonderful. So tell us what are you working on now?

ANNE: What a broad subject! (laughs) Well right now, I am mainly working on animated movies because that is what I’ve always been aiming to do. I’ve been wanting to do this particular job composition for film and TV since I was a kid.

Growing up in the nineties, we had all these wonderful Disney animations and music written by Alan Menken. Obviously, as a little girl, I’m obsessed with princesses and fairytales and the music of these movies. It was something that I was exposed to throughout my entire childhood and around when I was eleven I discovered this was a profession that you could do and I thought, ‘ok then; let’s try this! What do I need to do to get there?’

I ended up studying the subjects and then I moved to LA because the majority of media is created here and the kind of movies I want to do are created here. A lot of the animation studios are here doing what I want to do, and ultimately I would love to work on the bigger studio productions.

CATHERINE: Well I can see you have an impressive resume already. You’ve worked on Galavant, Grace Point, the Disney’s Penn Zero, and also with the video games, you’ve worked on League of Legends, a very popular game. So you have really just about covered everything…you have a finger in every pie and you are incredibly versatile. Anime however seems to be your calling.

ANNE: Yes, I’m very interested in animation and drama, though I’m not opposed to the other stuff I’ve done which was mostly the courtesy of other composers helping me out, employing me to work on these other productions. Hopefully one day I can be the main composer getting these main productions but for right now, I have a lot of active composers here in LA helping me out, allowing me to prove myself.

CATHERINE: That’s wonderful. They have taken you under their wing and it shows that you have the potential to do even more. Now, do you notice a difference between the American market verse the European market?

ANNE: That’s a good question. So far the difference hasn’t been that big because mainly the European productions that I’ve done are sort of American in their aesthetic. For example, the two German movies that I’ve recently done, they are both high-quality work with a lot of magic and animation, and all that stuff in there. So, if they weren’t spoken in German, you could actually believe they are American productions. I found one or two Belgian productions which very much had an American aesthetic to them…so it hasn’t really had an impact. I am hired to do a very specific thing which is more a Hollywood found than European found.

CATHERINE: I think that’s what is wonderful about music. It speaks its own language to everyone. Now you’ve also created, which I find very interesting, virtual instruments for music libraries. What is that?

ANNE: That’s actually how I started out…how I got my foot in the door. Virtual instruments are pretty much what every composer uses these days. It’s music software that allows us to make music audible without having to use actual real instruments. So say we have a virtual string orchestra, we would book one of the scoring stages where we can record strings and then record every single note of the instrument and every escalation, then build these artificial instruments that you can use to actually write and make the music audible. Even though you’d be playing it on a keyboard, it would sound like a string orchestra.

CATHERINE: That is just fascinating so you don’t always have to have people there to play the instruments?

ANNE: Yeah, with modern technology it is actually possible to get a really realistic sound because the better the computers are, the more of these little recorded files they can read…so the better the computer gets, the better the virtual sound gets. We’ve actually had instances where the producers and the director could not tell whether we recorded something already or if this was just coming out of our computers because it’s so good these days. We actually mix the live recordings even when we do record the orchestra live, we still mix in what came out of our computer to make the sound a little bit bigger.

CATHERINE: What a fascinating process…how you can recreate an orchestra from the keyboard. 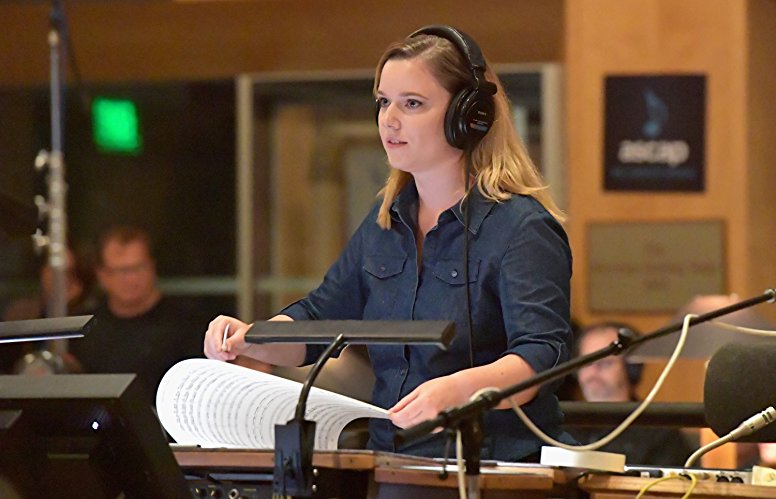 ANNE: It’s fascinating to me too. I started studying this about ten years ago and it was so bad then. The development has been a very recent one. Twenty years earlier you could basically say people were still writing with pencil and paper. When I graduated a started going to college for this, that’s when this all really started happening because the computers were all of a sudden fast enough to process it all.

ANNE: That’s the main reason why we still record because there is an inherent soul in everyone’s playing. There is a personal expression that you cannot get from a computer no matter how good you are at programming these virtual orchestras. Especially if you have a soloist, as every soloist has their own sound.

CATHERINE: And you never want to get to that point. There’s something beautiful about the feeling that comes from the music and recognizing the instrument and the artist- like B.B. King or Eric Clapton.

ANNE: Luckily, creative jobs will be probably the last jobs to be replaced by machines ever but it is something we are discussing right now. There are companies in LA that are discussing artificial intelligence that composes music, for example, …so it is being developed, but people are making it better and better. There will come a time where humans will collaborate with machines to create something new, but the big question is can machines develop enough personality to do what you’re saying- like when Yo-Yo Ma is playing the cello, you can hear that is him and not someone else. Can the machine have enough personality to develop its own sound?

CATHERINE: Well I’m very romantic in my thoughts and I believe music is romance. So I don’t think a machine could ever take that place…I hope not.

CATHERINE: Exactly. It’s a little too advanced for me! (laughs). So Anne, tell us what are you working on now? What have we to look forward to?

ANNE: Well, I am working on two different things- an animated movie called, Wish with the wonderful German composer, Klaus Badelt. I am also working on a short film with a director I have previously collaborated with called Broken, and it’s about child abuse so we are trying to raise awareness through that short film. We are trying to shed light on what is going on in some children’s homes and why the police force cannot do something even when they see something because the law prohibits them from being able to act.

CATHERINE: These sound like great projects and I can’t wait for them to come out. Thank you for sharing these with us. Is there a website where we can learn more about your and get to know you?

CATHERINE: Perfect! I can’t wait to check it out and keep up with your latest projects. Thank you again Anne so much for stopping by today and chatting with us. It was a real pleasure and I would love to speak with you again soon! 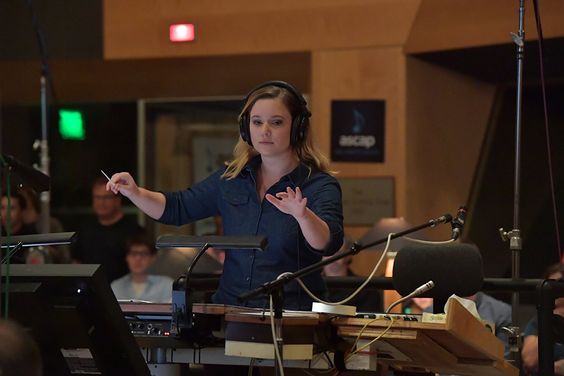 We hope you enjoyed our interview today! Thank you again to Anne Kathrin for stopping by!