-Packed with protein, fiber, and nutrients, this Ancient Grains Three Bean Salad is served with Grilled Chicken for a hearty, healthy summer meal. 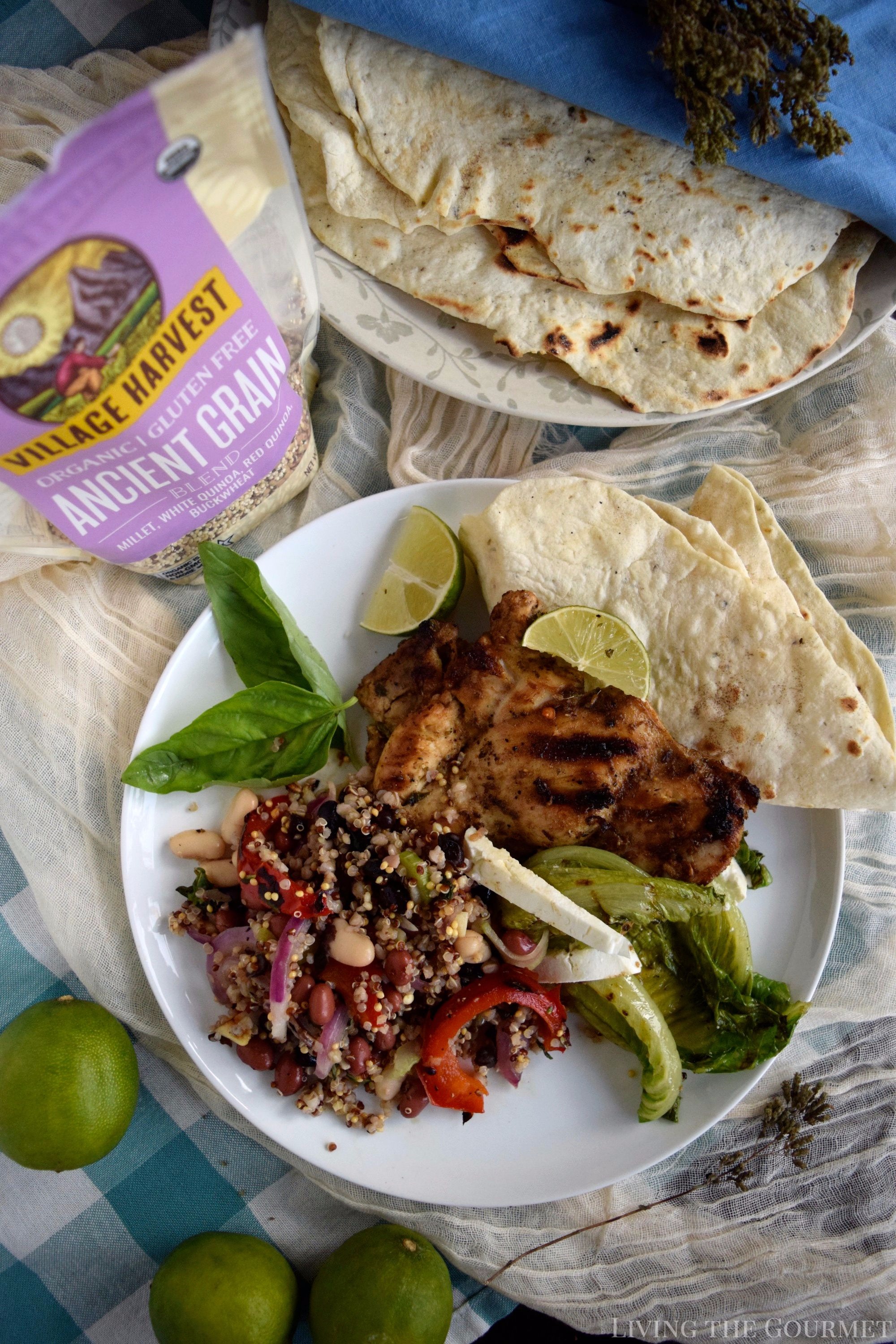 “We’ve no choice but believe in our free will and the power of our decisions. We look back over our lives, and for all of the ‘chance encounters,’ and ‘powers beyond our control,’ we nevertheless see in ourselves, no matter to what degree, the collective sum of our own choices.”

That said, we’ve all heard the cliché that “Happiness is a choice,” well, perhaps or perhaps not, but certainly we can make conscious choices that lead in…well, in happiness’s general direction.

A few afternoons back, I was at my desk and coming to the bottom of my espresso, I wasted no time in getting up for a refill. Turning out of my office to head downstairs, my eyes naturally deviated to the skylight opposite the balcony, as they always do, to catch a glimpse of the bay through the haze of tree limbs and tall beach grass, and watched as a pair of speedboats crisscrossed through the sunlit water. It wasn’t a particularly unusual scene, especially not for that time of day, but for some reason it caused me to stop and appreciate the view.

Perhaps there was a hypnotic quality to watching the carefree lilting of the boats back and forth on through their own white crested waves, but as I made my way downstairs, I found myself in need something more than just another refill on my espresso. Instead, I decided that ‘Something Better Starts Here,’ and that I needed to partake in the season’s fair weather and sunlight – but of course, being who and what I am, my enjoyment would take a far more ‘culinary’ slant. 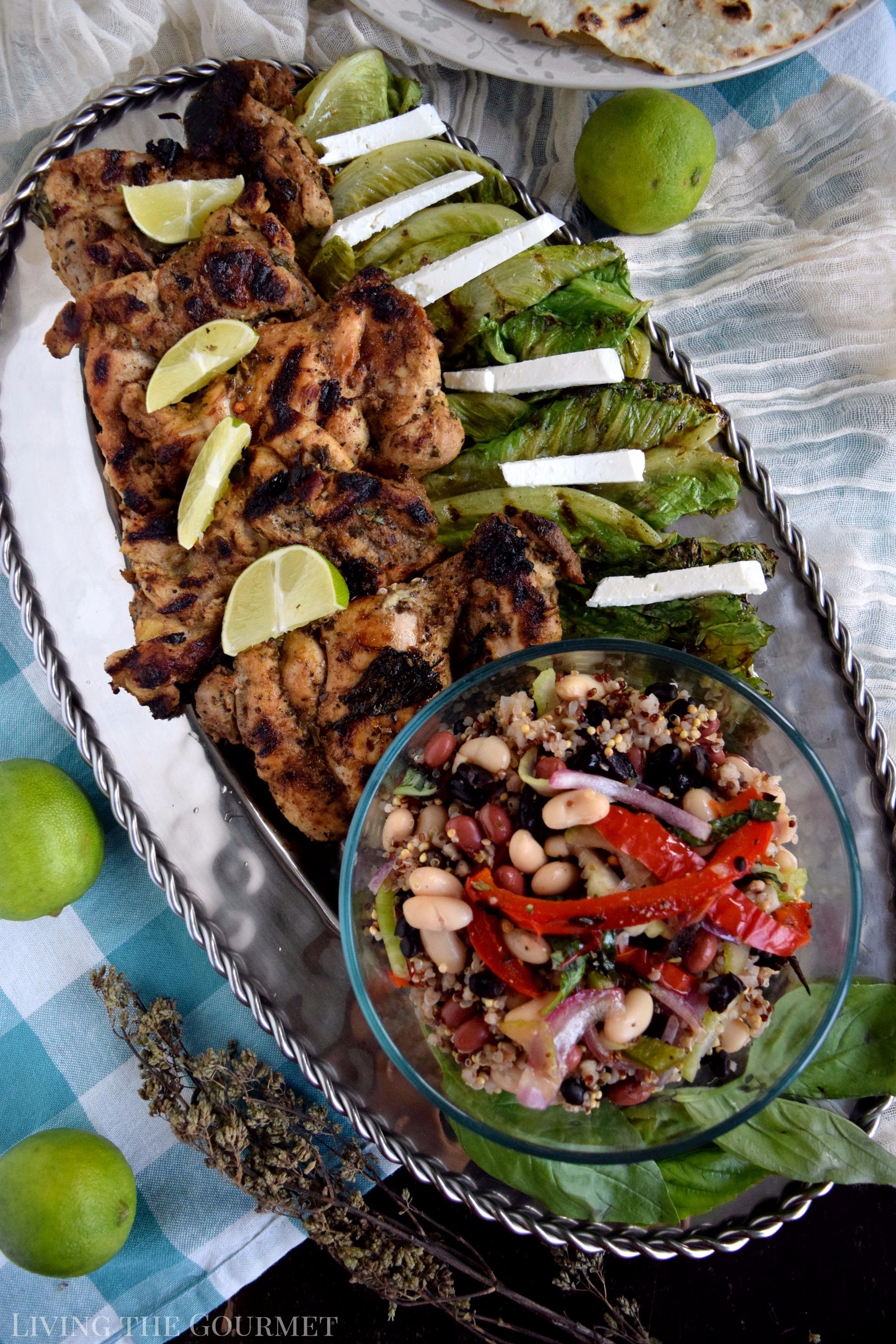 That being said, I’ll say that I do try to keep things as natural and organic as I can both here on Living the Gourmet, and that brings us rather nicely to today’s recipe – Ancient Grains Three Bean Salad.

No, this isn’t a medley of tips on how to use barley or lentils that have been sitting in your fridge for a stint too long. Instead, this is a bean salad prepared using Organic Ancient Grain Blend from Village Harvest, which is a sustainably sourced millet, white quinoa, red quinoa, and buckwheat, which are packed with a variety of nutrients as well as protein. Also available from Village Harvest’s Organic Benefit line is the Organic Antioxidant Blend and the Organic Protein Blend. 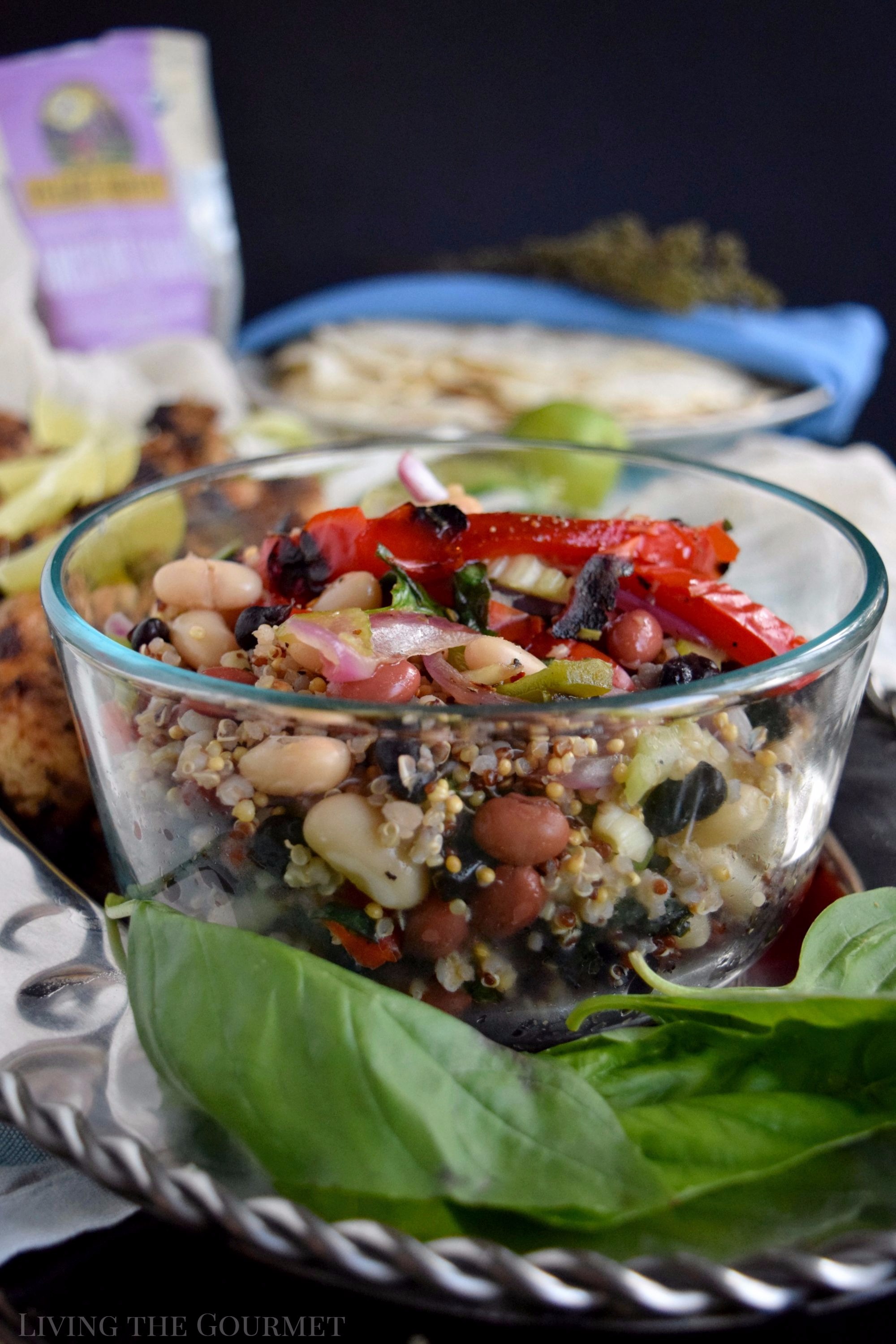 In addition to sustainably sourced organic products, Village Harvest has also pledged 1% of their profits to programs that give back to the farmers and local communities from which their products come, as well as 1% of their employees’ time to charitable causes and sustainability efforts.

Now, to start things off…if you’re a regular reader of Living the Gourmet you can say it with me – Heat a Cast Iron Frying Pan. Once it’s nice and hot, place the garlic – in its skin – in the pan, along with a jalapeno, and a red bell pepper, and allow them to reach a nice char as pictured below.

After that’s done pop the garlic from its skin, slice the bell pepper, and chop up the jalapeno, leaving the seeds if you prefer some extra kick, or scrapping them out if you prefer your food on the cooler side. I for one prefer the heat.

Once that’s done, set all of that in a bowl with the celery and fresh basil, and combine that with the black beans, the red beans, and cannellini beans, along with some salt, pepper, red pepper, dried oregano, and a sliced grilled onion. 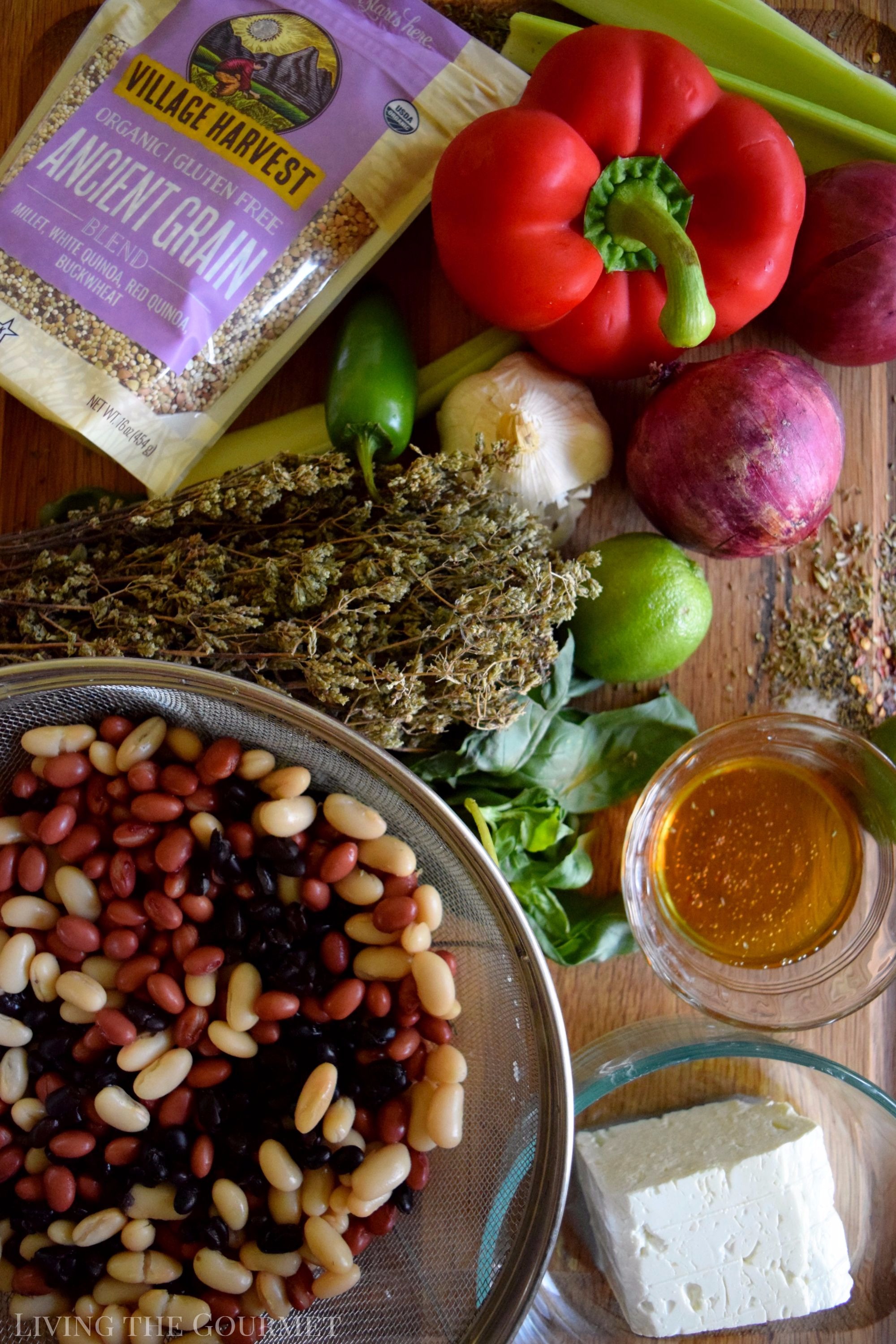 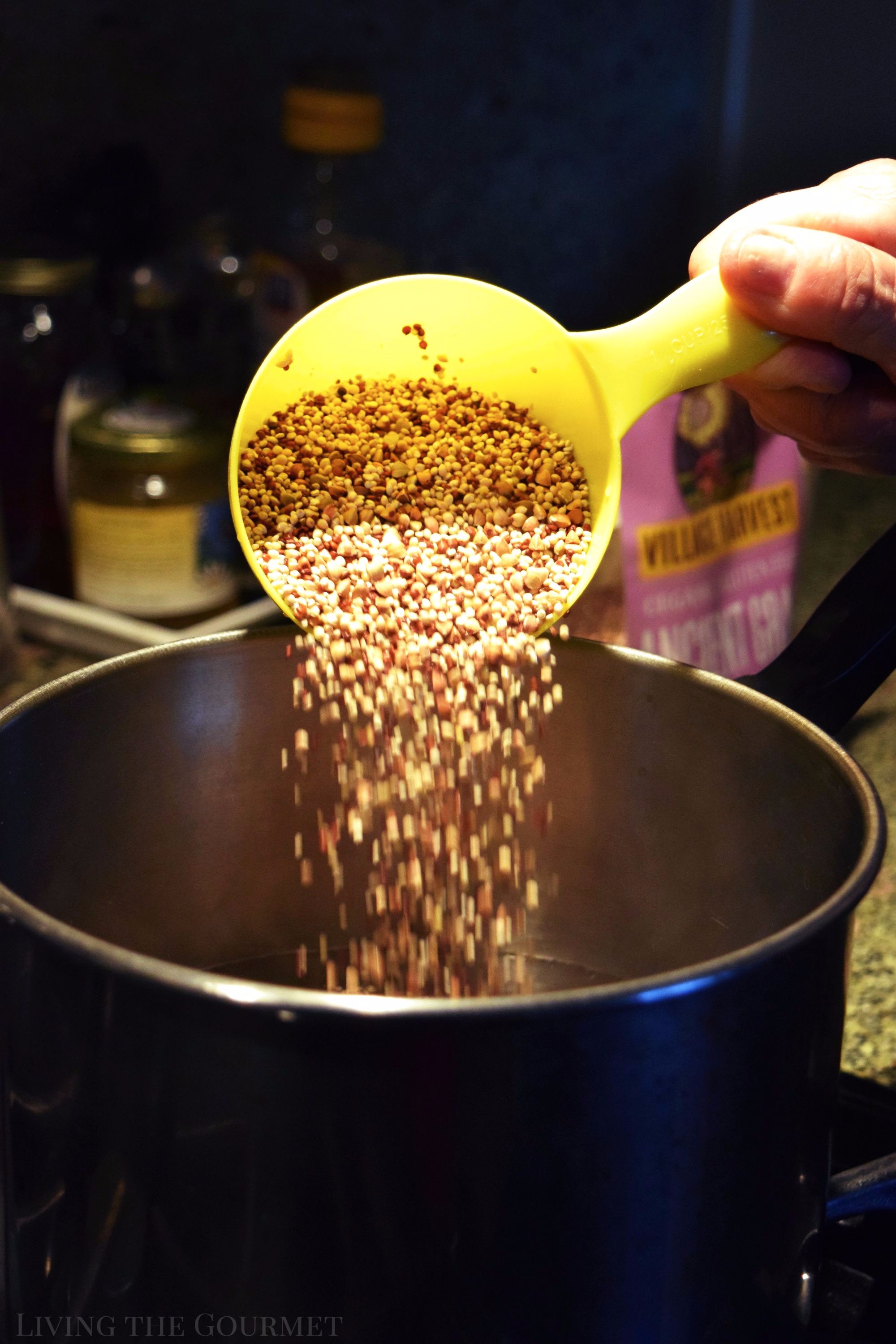 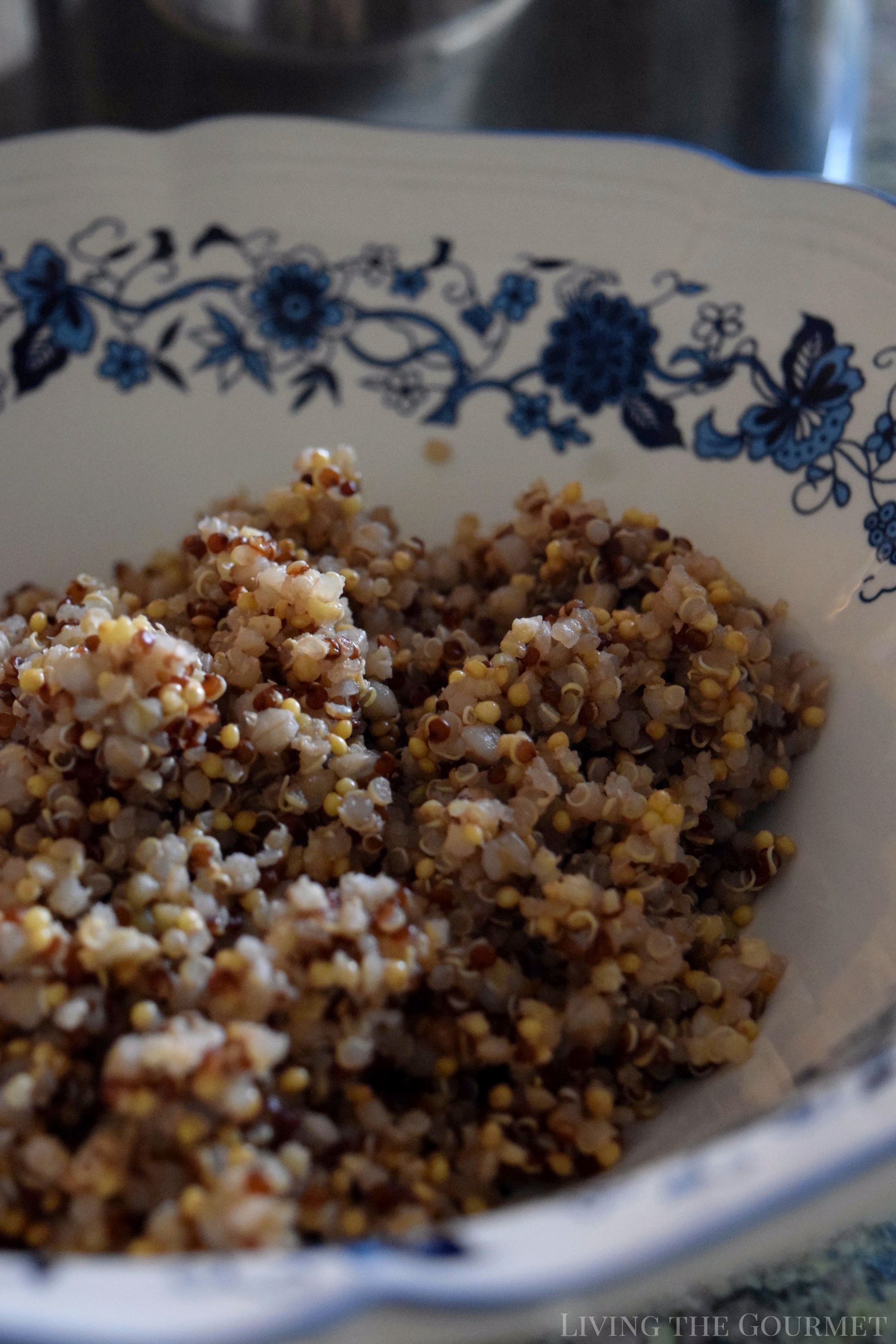 For the Grilled Chicken:

For the Grilled Chicken: 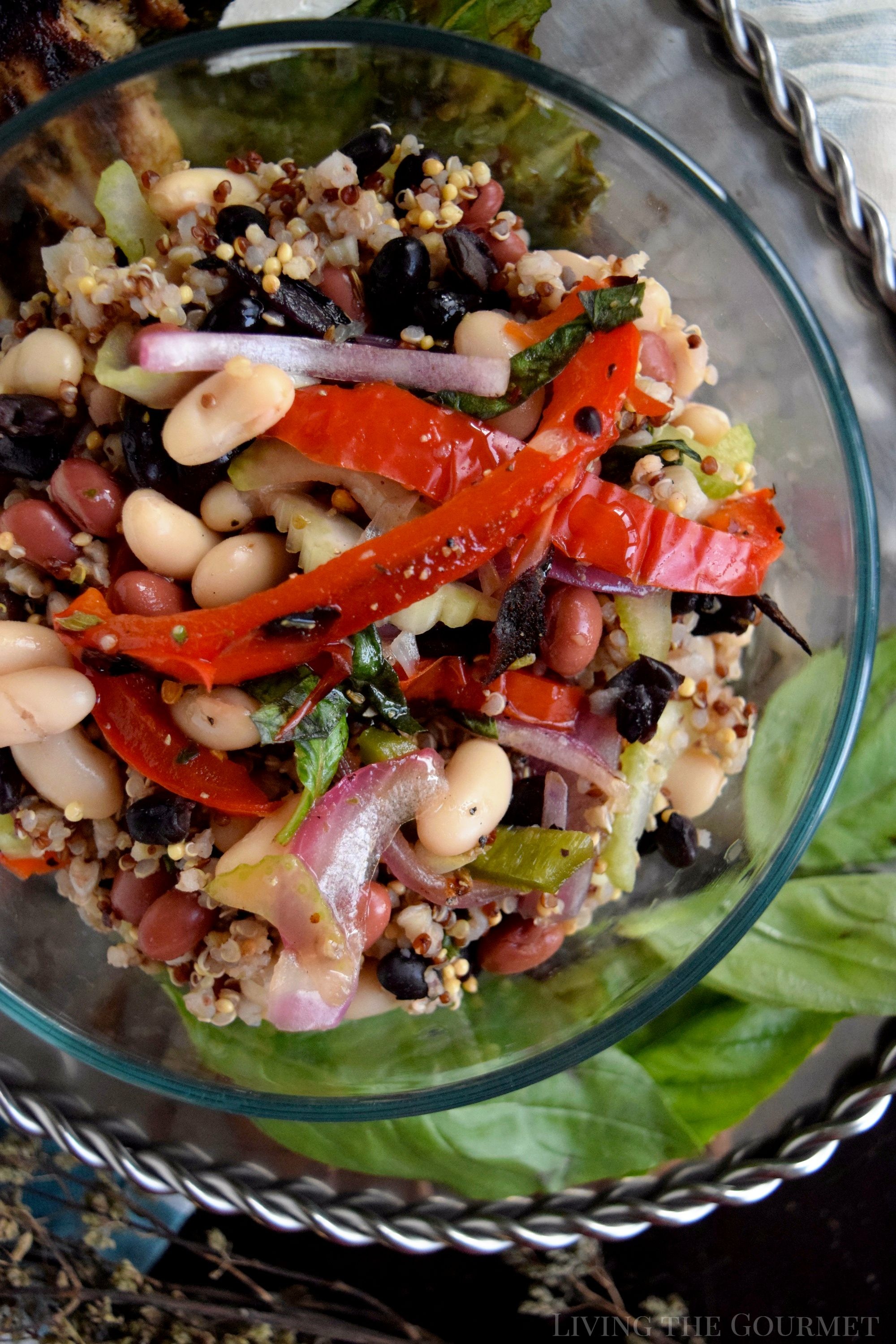 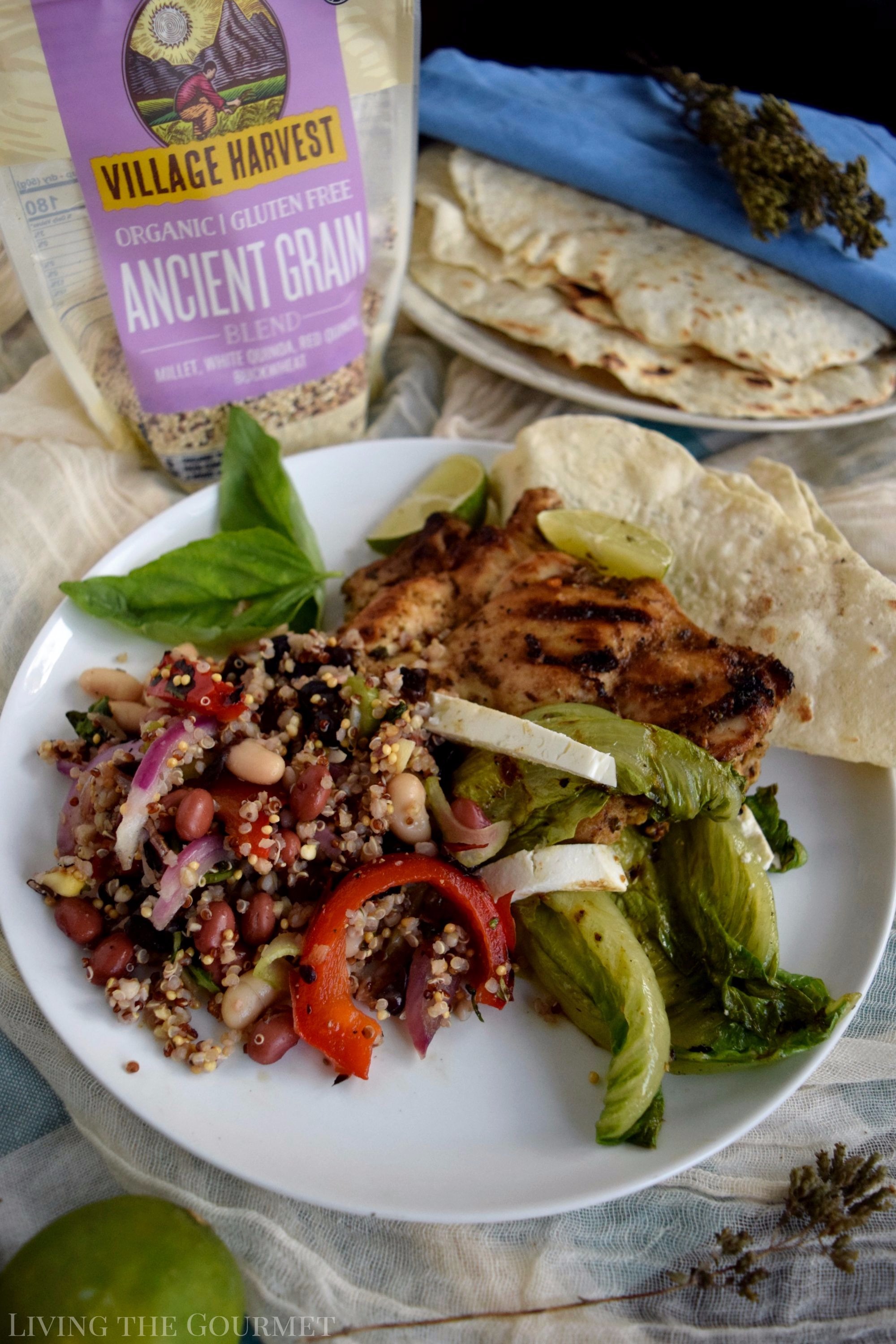