Buttery pastry dough is easy to make with this simple recipe. It’s baked to golden, flaky perfection with fresh tomato slices, herbs & grated cheese for a light meal or appetizer! 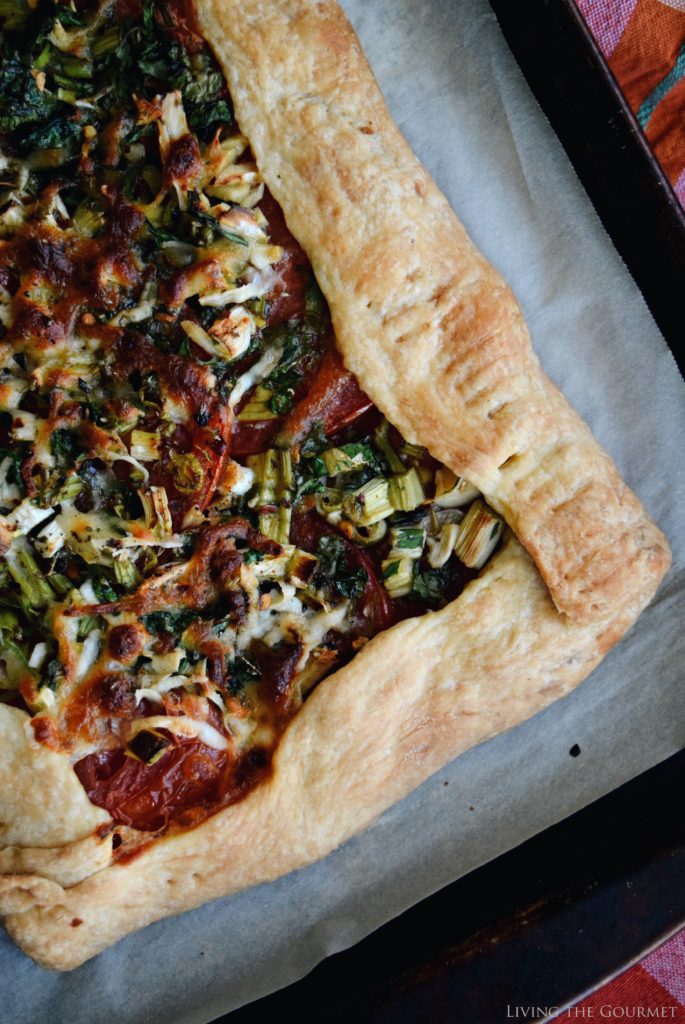 About a month ago I reviewed a 2013 Stormwatch, and just recently a pair of bottles from Epicurious wines. In both posts I stressed the importance of treating wine as key to preparing a successful meal, stating that the “combination of food and wine ties directly into the idea of presentation.”

I found myself thinking about this just the other day while talking with my brother, and as is our predictable ritual, the conversation veered to food, wine, and our shared memories. Specifically, we spoke a bit about wine in our home growing up, and how the practice of serving wine with small plates of appetizers has come into vogue over the past few years. This, oddly, was something we simply took for granted growing up. It’s simply how wine was served and enjoyed. 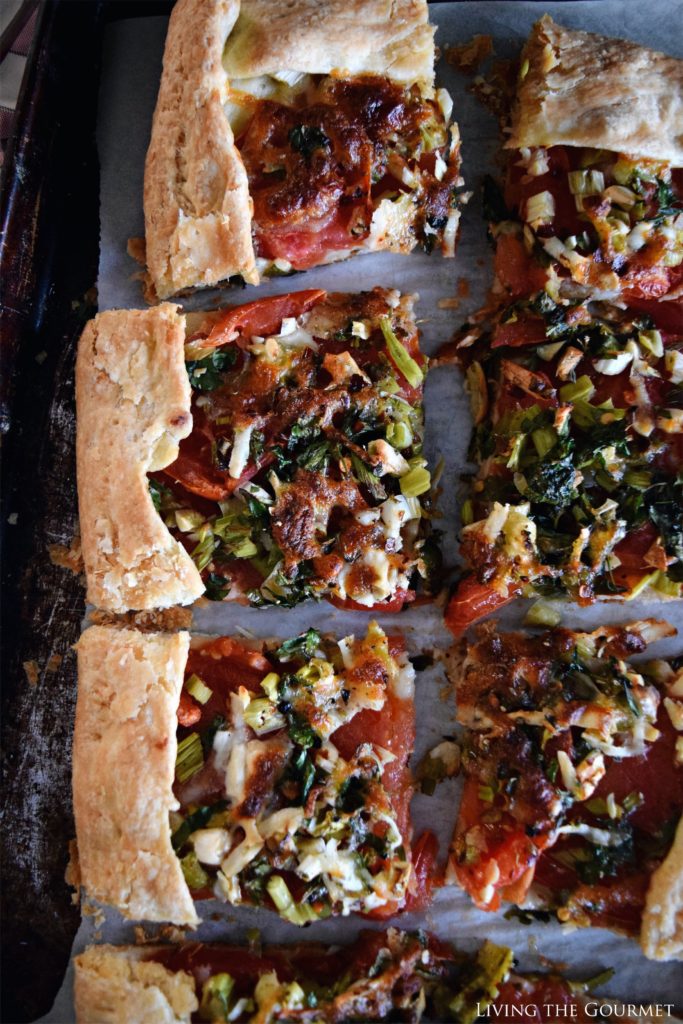 Does this mean our family was well ahead of their time in how they approached their wine? Unlikely, since the idea of ‘tapas’ dates back at least several centuries to medieval Spanish taverns, and possibly millennia more if proper Roman wine etiquette is taken into consideration. A far more likely conclusion, instead, is that ‘proper’ or ‘traditional’ wine serving etiquette is finding its way back into the spotlight.

Needless to say, this brief conversation left me eager to try my hand at my own take on a ‘wine appetizer,’ and I decided to prepare what was one of my family’s favorite wine-pairing items growing up – a Fresh Tomato and Herb Tart, which we often saw served alongside wine, cheese, and perhaps olives and infused oil. 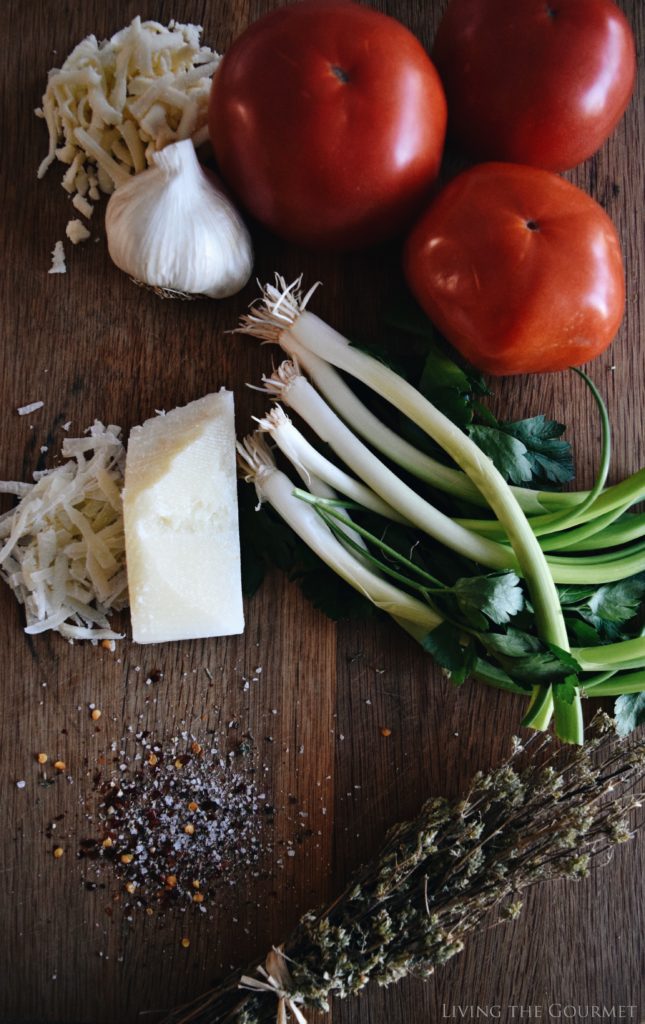 To start off, we begin with the dough by mixing flour, salt, freshly ground black pepper, and grated nutmeg, with some cubed butter. After mixing that together as shown and described below, we beat in an egg with some cold water. Once that’s done, you’ll have to carry through the ever-pleasant process of rolling and kneading the dough as I’ve shown below. 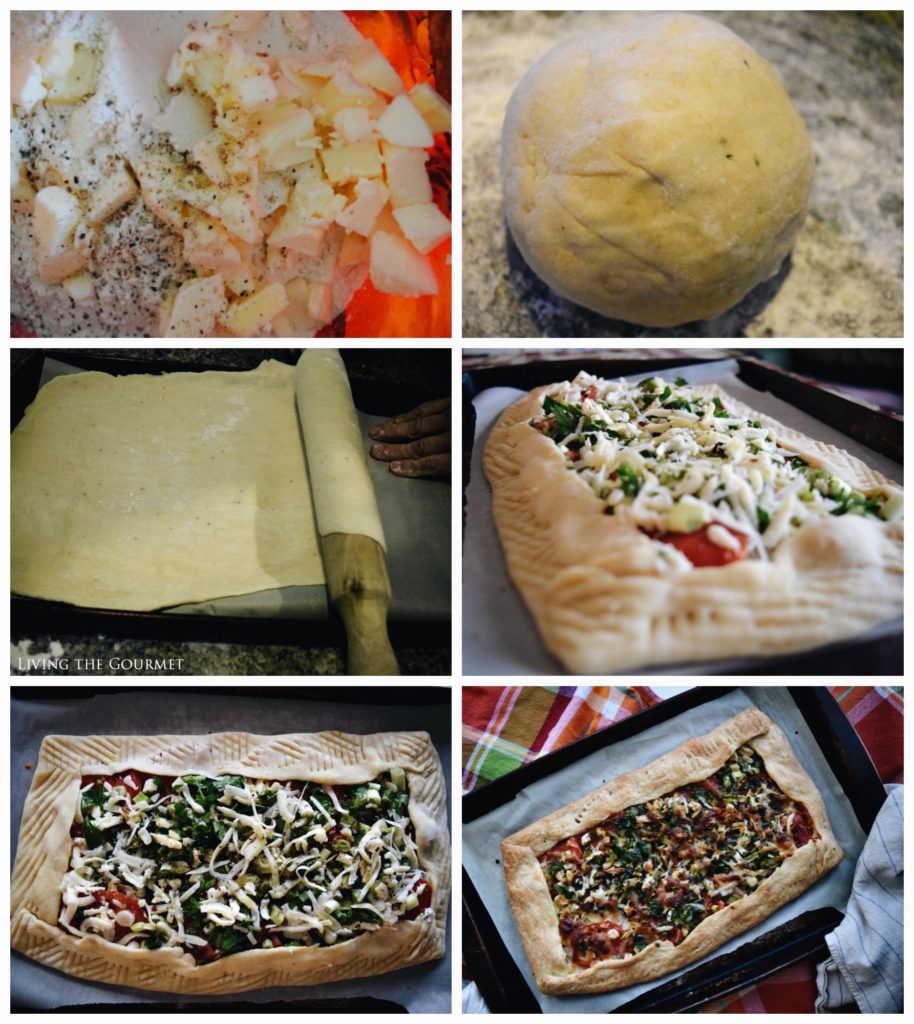 Now, here comes the fun part – the filling…or is it a topping? I suppose that depends upon one’s perspective, but that’s a debate for another post. We begin by layering sliced tomatoes across the tart, and then topping these with chopped scallions, parsley, and garlic. Now, simply season with red pepper, black pepper, salt and dried oregano, and top it all off with a generous helping of cheese and a drizzle of olive oil, and it’s time to bake. 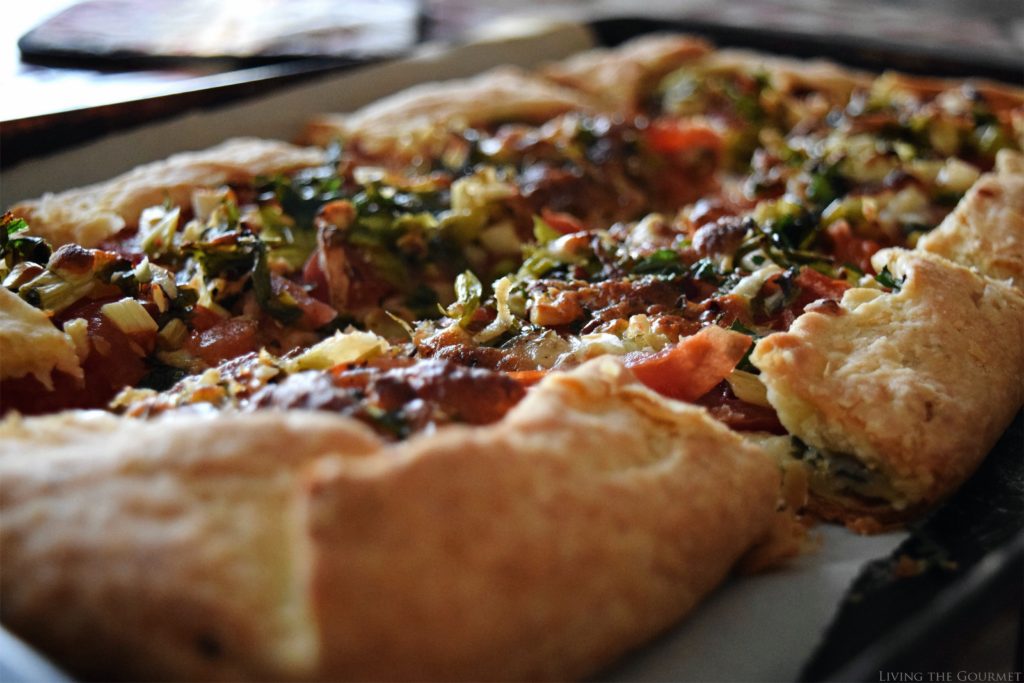 After about thirty minutes, the tart should be a beautiful golden color, and you’ve got the perfect pairing with either a good sagrantino, a sturdy sangiovese, or sangiovese-based chianti.